As young artists Nikau Hindin and Rongomai Grbic-Hoskins’ recent exhibition at Season drew to a close, the gallery’s founders Jade Townsend and Francis McWhannell took us behind the scenes…

Manu Aute: Rere Runga Hau by Nikau Hindin (Te Rarawa, Ngāpuhi) was composed of a flock of 17 manu aute — kites made of aute, or Māori bark cloth. The show represented the latest step in the artist’s long-term project of revitalising the production of aute. Brimming with natural beauty and potential, the kites flowed freely around Season in downtown Tāmaki Makaurau/Auckland. They’re some of the first true manu aute to have been made in many decades, and reminders of the power of memory and tradition, invention and reimagining. 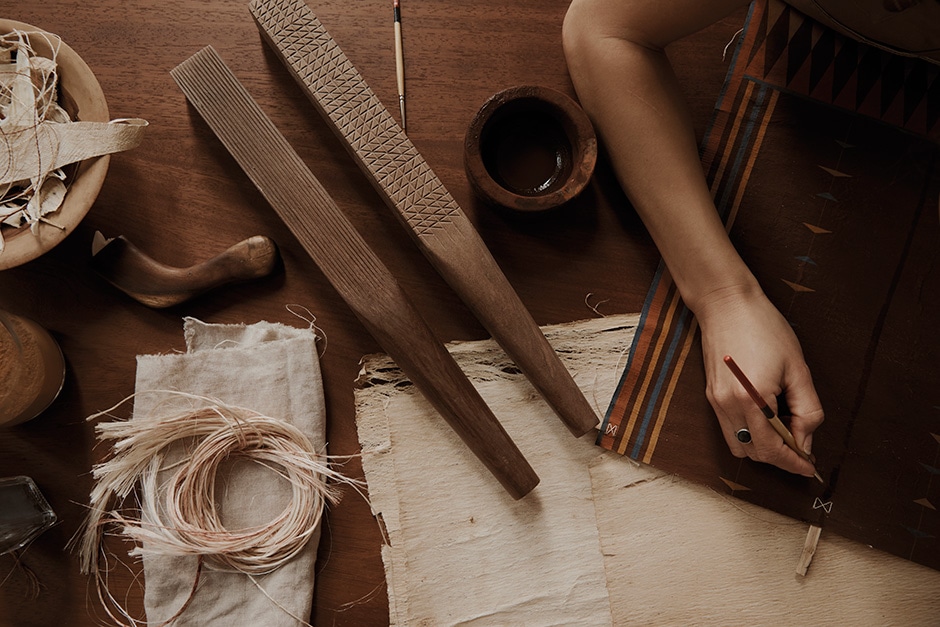 ‘Aute’ is a term with a double meaning. It refers both to bark cloth made from the paper mulberry tree and to the tree itself. When Māori voyaged to Aotearoa, they brought the aute plant with them, along with the knowledge of how to grow and work it, turning it into a material related to, although distinct from, other bark cloths found throughout Te Moana-nui-a-Kiwa/the Pacific: tapa, kapa, masi, hiapo, siapo, ngatu. The production of aute did not endure in Aotearoa — other arts took its place. But its memory endured, and among the most potent vestiges is the manu aute (literally the ‘bird of aute’). Although kites ceased to be made of aute, the name was maintained. When Nikau began to explore the histories of aute, the manu aute stood as a vital reference point. 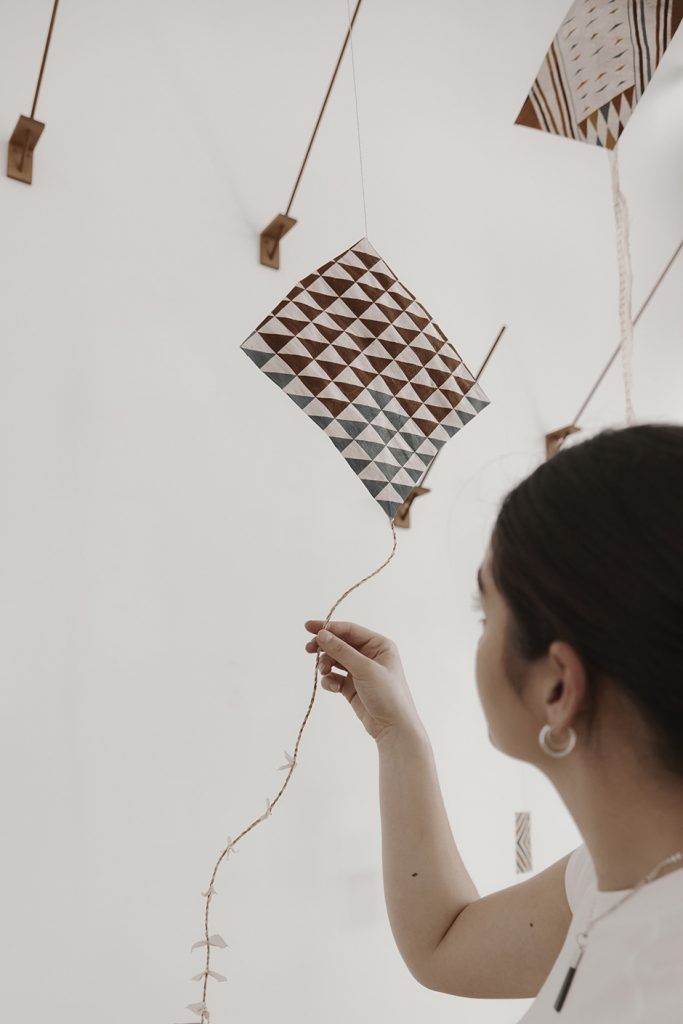 The body of work produced for Manu Aute: Rere Runga Hau strengthens traces and makes manifest histories that have long remained largely invisible. It reflects years of independent study throughout Te Moana-nui-a-Kiwa, input from a multiplicity of expert knowledge holders and, most notably, the support of an apprenticeship programme Nikau developed. Named Te Uru Aute (The Aute Grove), it saw her act as mentor for Rongomai Grbic-Hoskins (Te Rarawa, Ngātiwai, Ngāpuhi), a fellow artist and childhood friend. Grounded in the vital tuakana–teina/older-younger sibling dynamic, the apprenticeship gave rise to the materials and knowledge exchange required to push Nikau’s aute revitalisation project in a significant new direction. 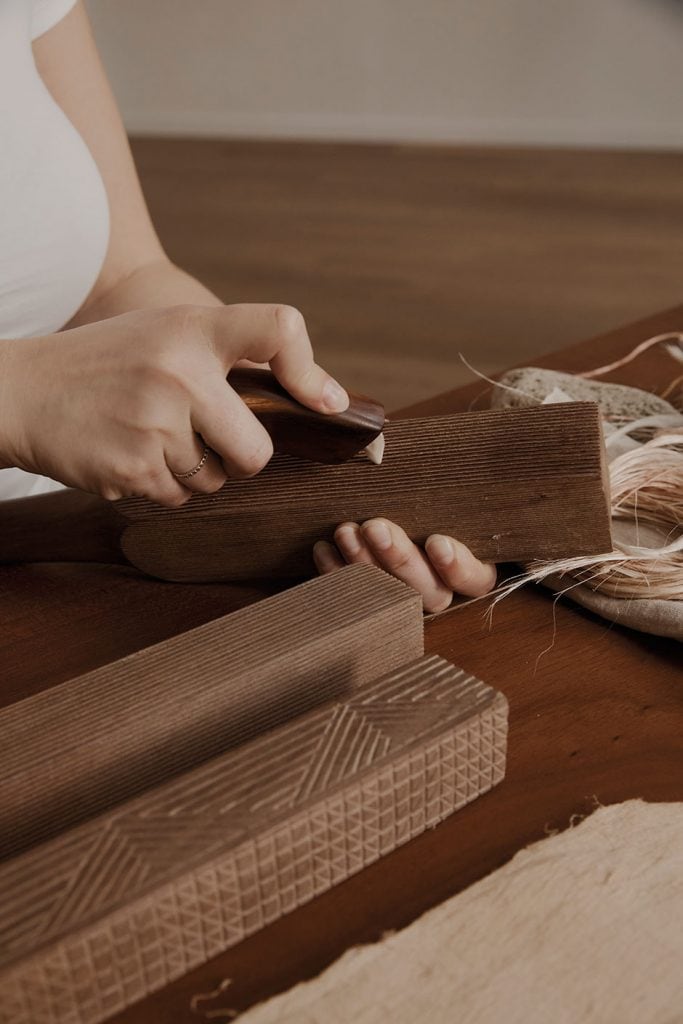 From February to May 2022, the pair worked closely together under Te Uru Aute, with support from Creative New Zealand and Toi Ngāpuhi. They spent time in and around Nikau’s home in Tūranga-nui-a-Kiwa/Gisborne and travelled, visiting Hihiaua Cultural Centre in Whangārei and Ngāi Tūpoto marae at Motukaraka on the northern side of the Hokianga Harbour, among other places. They connected with makers of bark cloth from other parts of the Moana region. Friends and rangatahi/young people came together to learn with them. Nikau’s manu aute soon began to grow, absorbing an array of natural materials that became adornments, frames and tethers, and acquiring strength through collective work and vision. 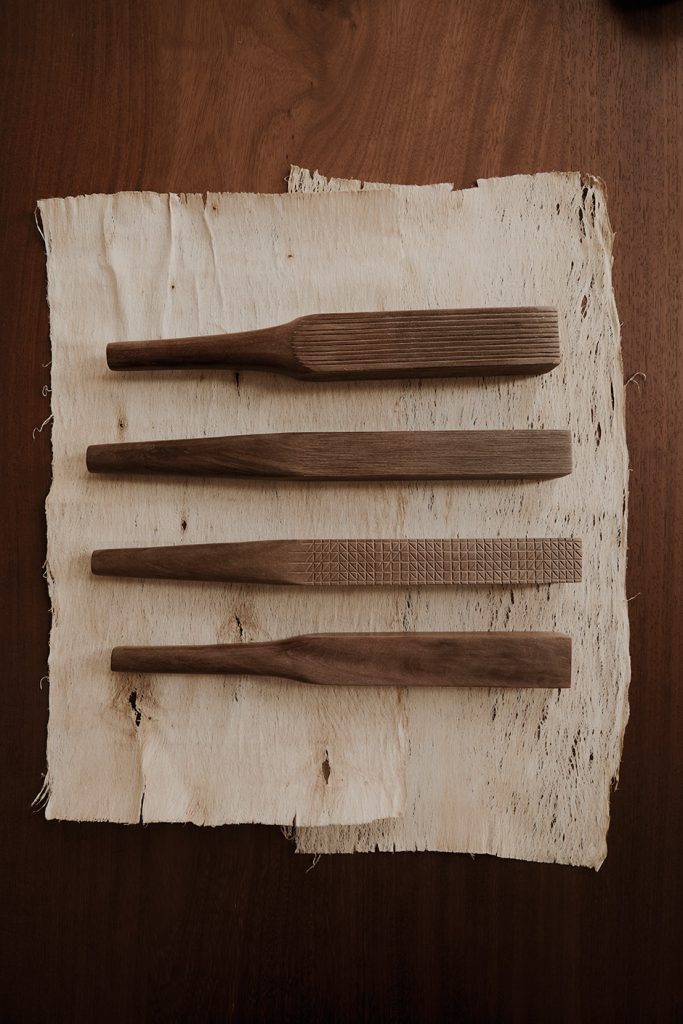 Taonga tūturu/customary artworks or treasures are rich with patterns. Even the walls of wharenui are treated as opportunities to tell stories and honour tupuna/ancestors. Nikau’s manu aute perform similar functions. She draws on taonga of different kinds, recognising customary Māori artforms as pinnacles of achievement that set standards seldom reached by artists today. Bold, geometric patterns produced from earth and otherwise natural pigments — yellow kerewhenua and red hōrua from Te Tai Tokerau/Northland, blue pukepoto from Te Waipounamu/South Island, brown parauri and orange kākaramea made by mixing — speak back to the ancestors and to the deep, broad foundations of ngā toi Māori/Māori arts.

But what does it mean to bring manu aute, and the story of aute more broadly, into the home? Although Niaku’s aute works have been shown within and acquired by major public art institutions, they thrive in domestic spaces, spaces in which we live, sleep, and dream. Like other Māori contemporary artists, she presents an opportunity to share in an Indigenous-led vision for Aotearoa, one grounded in Māori values and intimately connected to te taiao, the natural world that sustains us and requires our care. Nikau’s works encourage us to fly free but also to remain grounded. 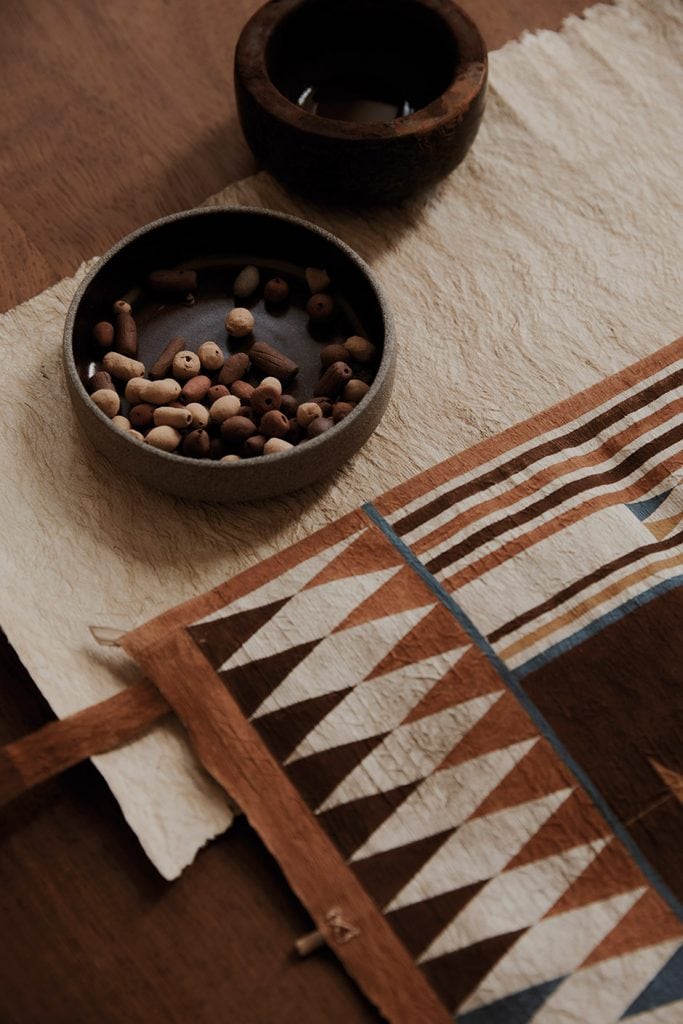