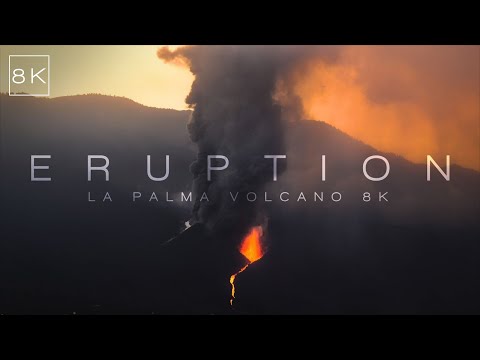 The 2021 Cumbre Vieja eruption began on 19 September 2021 and lasted for 86 days, making it the longest and most destructive since records began on La Palma.
We had the chance to capture it between October 11th and 16th, getting a small impression of what the local population had to endure for over 3 months.
The lava flow has covered over 1000 hectares, destroyed more than 3000 buildings and caused the evacuation of over 7000 people. Damage is estimated to be close to 1 Billion Euro.

We recorded the 8K timelapses with our 2 Sony A7R3’s and the A1.
8K30 and 4K120 video was recorded with the Sony A1. The 4K slowmotion video has been upscaled to 8K using Topaz VEAI.
Motion-Control was handled by our trusted eMotimo Spectrum ST4.
Timelapse post-production was done with @LRTimelapse, Lightroom and After Effects
Video post-production was done with Davinci Resolve, After Effects and Topaz VEAI