Marlar Boon’s grandma/phwa phwa Mabel, known to most as ‘Auntie’, came to Aotearoa in 1976. After being taught how to cook by an Indian friend, she began inviting people to her home to share her dishes, and when a couple suggested she open a restaurant, she did — a Burmese eatery called Monsoon that went on to become a Pōneke/Wellington icon. Now, years after Monsoon’s closure, Marlar has opened a restaurant in the late Mabel’s name.

You must have spent a bit of time at Monsoon as a kid, Marlar? Sadly, no — it wrapped up two years before I was born. I did live a few doors away from my phwa phwa, though, so I remember being in the kitchen with her. My memories of her and food revolve around family and also community, and I’m so grateful that a lot of Wellingtonians have shared their own memories of Monsoon and Phwa Phwa with me, stopping us on the street as we painted the exterior of the restaurant, and sending us messages.

What inspired you to take up the baton? After our last trip to Myanmar four years ago, my husband Ian and I were overwhelmed by the diversity there and seeing all these people loving and embracing the culture and food we both love so much. Back in Wellington, I turned to him one day and said, “I wish we could eat that delicious Burmese food here and put it on the map in Wellington.” 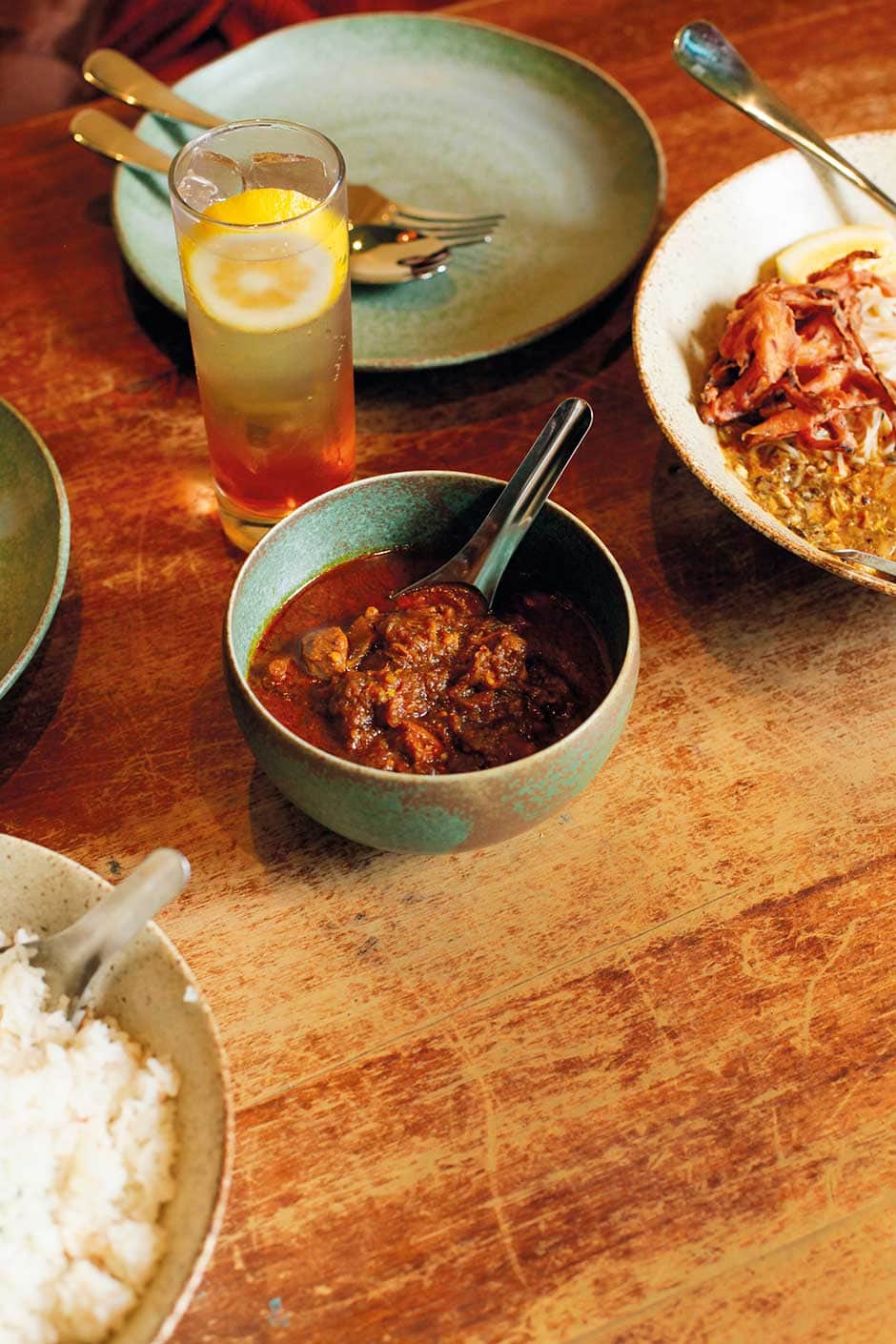 Who makes up the core team at Mabel’s? Me, Ian, and Dan Felsing. Ian has been working in hospitality for many years and about a decade ago started Crumpet, a little cocktail bar connected to the Wellington Opera House. Dan’s the bar’s general manager, and when we decided to start this adventure, it felt natural to bring him along to help make Mabel’s everything we want it to be.

How did you develop the aesthetic? We collaborated with our good friends Doug Johns and Marta Buda, who run Best Wishes. I have a background in visual arts, so it was important for me to make design decisions that were contextual. I wanted the restaurant not to look pretentious but to look honest. The colours we used were chosen by looking at many holiday snaps and Google searches, then trying to put them together so I felt an essence of Myanmar. 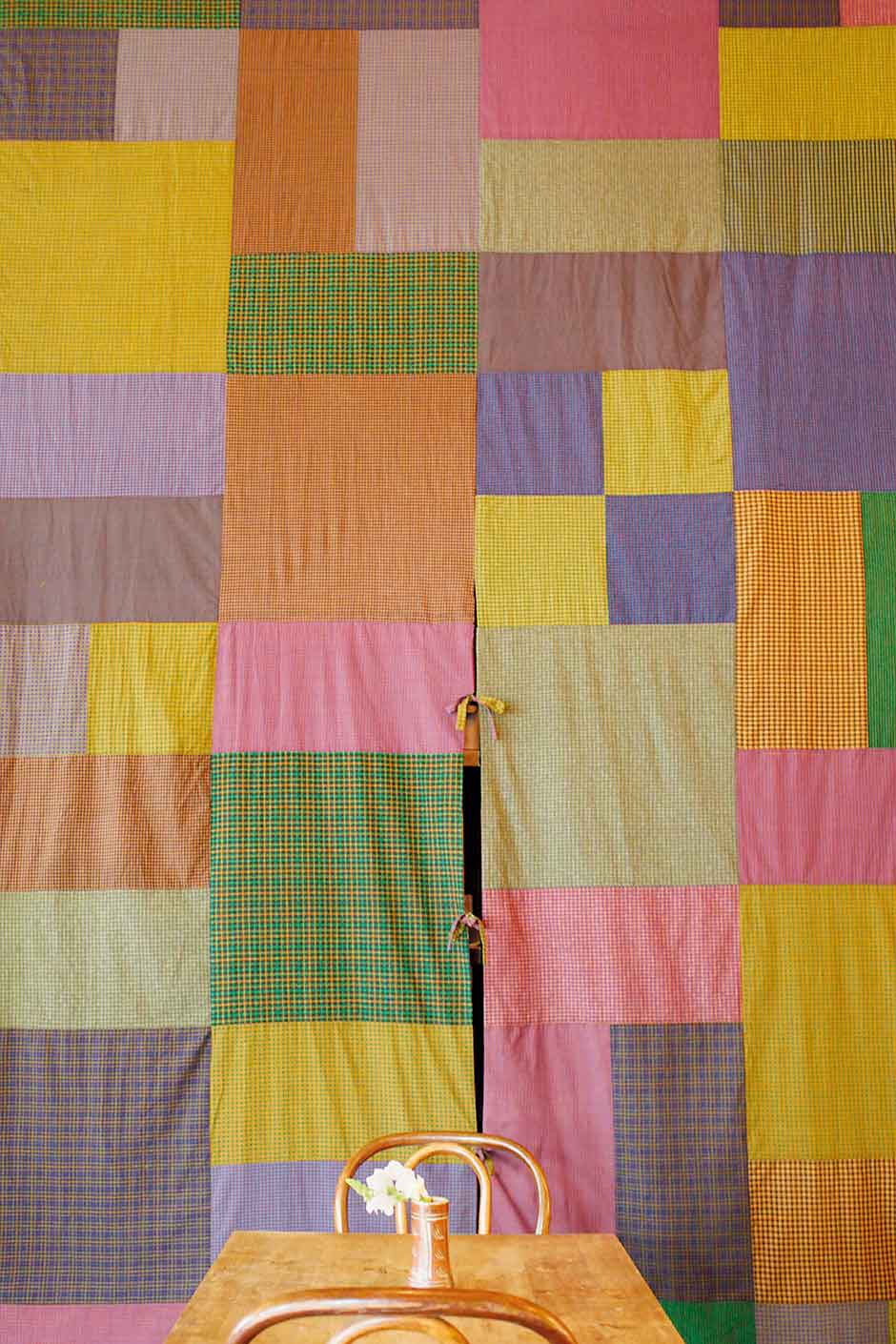 There’s a sense of connection with many of the materials you’ve used… My dear uncle, Mabel’s son Michael, passed away early last year. He was a father figure in my life and the biggest advocate of Ian and I opening the restaurant. When he passed away, I asked Marta to use his Burmese sarongs, called longyi, to design a textile for the space, and with the help of seamstress Annemiek Weterings, we turned it into curtains.
I also sourced handwoven textiles to adorn the walls; we’re a country of weavers and I wanted to be able to showcase that craftsmanship. There are also handcrafted puppets and lacquerware, which are an integral part of Burmese culture.
My mother-in-law Evelyn Boon hand-turned the spindles we used for the bar shelving using some beautiful offcuts of wood she had at home, and Ian and my father-in-law John brought many of my other ideas to life by tiling, refurbishing furniture, painting and much more.
Doug has been an integral part of the design process too. We were able to work together to create a unique font that’s reminiscent of Burmese people’s handwriting in English. From our website to our menu design and marketing, that’s all been Doug.

How would you describe a ‘typical’ Burmese meal? Because of where Myanmar’s placed geographically, you see the influences of India, China, Thailand, Bangladesh and Laos, and within Myanmar there’s a variety of regional cuisines. Breakfast is far more substantial than what we’d eat here. It’d usually be a noodle dish with a protein, or cooked peas with parata [flatbread] or sticky rice. We eat a lot of curries, and small plates but lots of them, so you’re encouraged to enjoy different flavours.
We always eat together, whether at home, at a restaurant, at a tea shop or on the street, and we’re very much lovers of the tiffin carrier. People usually bring their tiffins from home and share what’s in them for lunch — it’s a really communal way of eating. 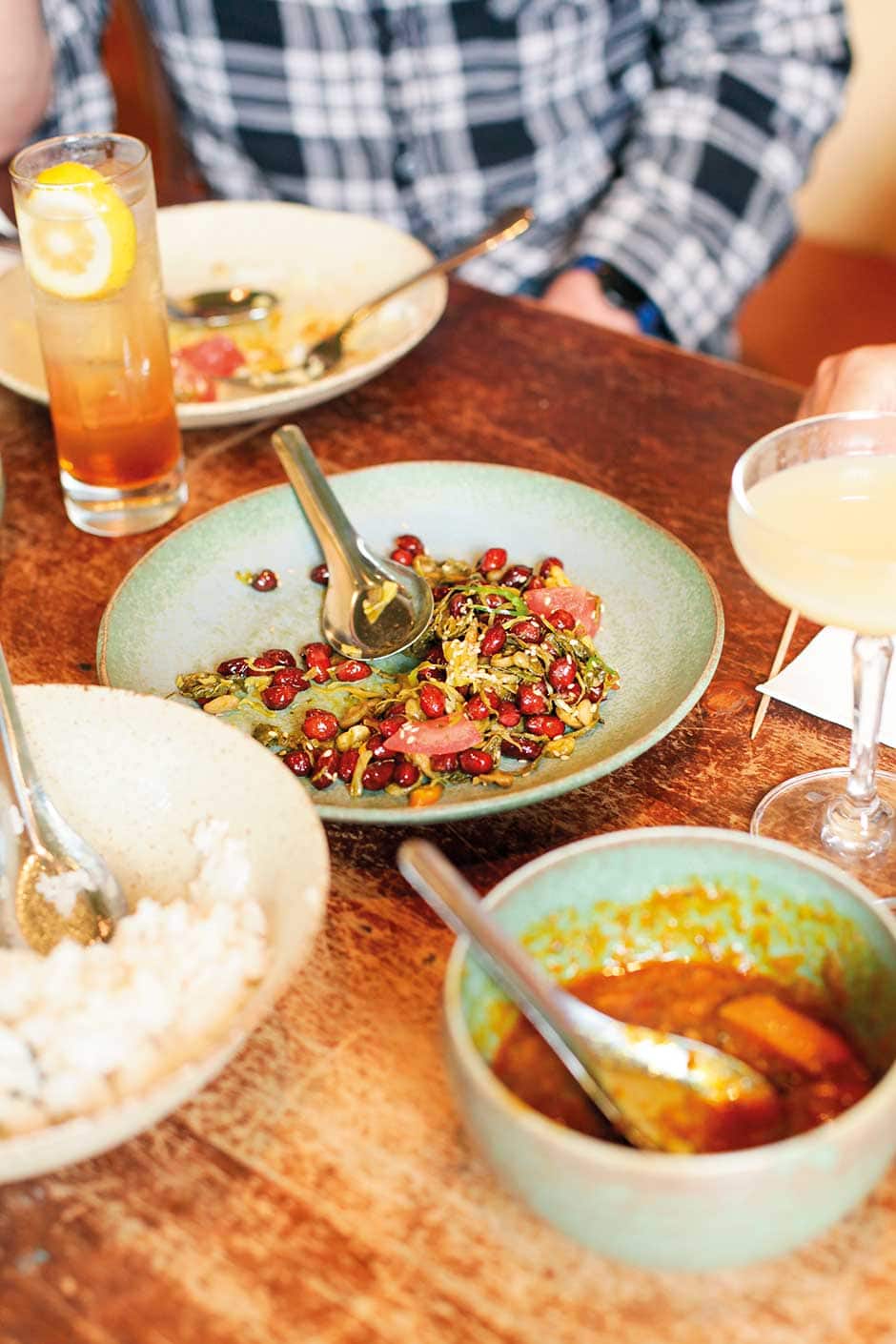 What are some of the key characteristics the Mabel’s menu celebrates? Burmese is a very textural cuisine, with strong flavours of citrus, heat, sour and salt/fish sauce. We’ve also worked on making a lot of classic Burmese dishes vegetarian, as Ian and I don’t eat meat and it’s how I cook at home.
At Mabel’s, we’re serving curries and street foods that are favourites with locals, such as noodle dishes, deep-fried fritters and salads. One of the most unique dishes is laphet thoke, which is a pickled tea-leaf salad. In Myanmar, tea leaves are harvested young and fermented underground for three months to form a staple in the Burmese diet. 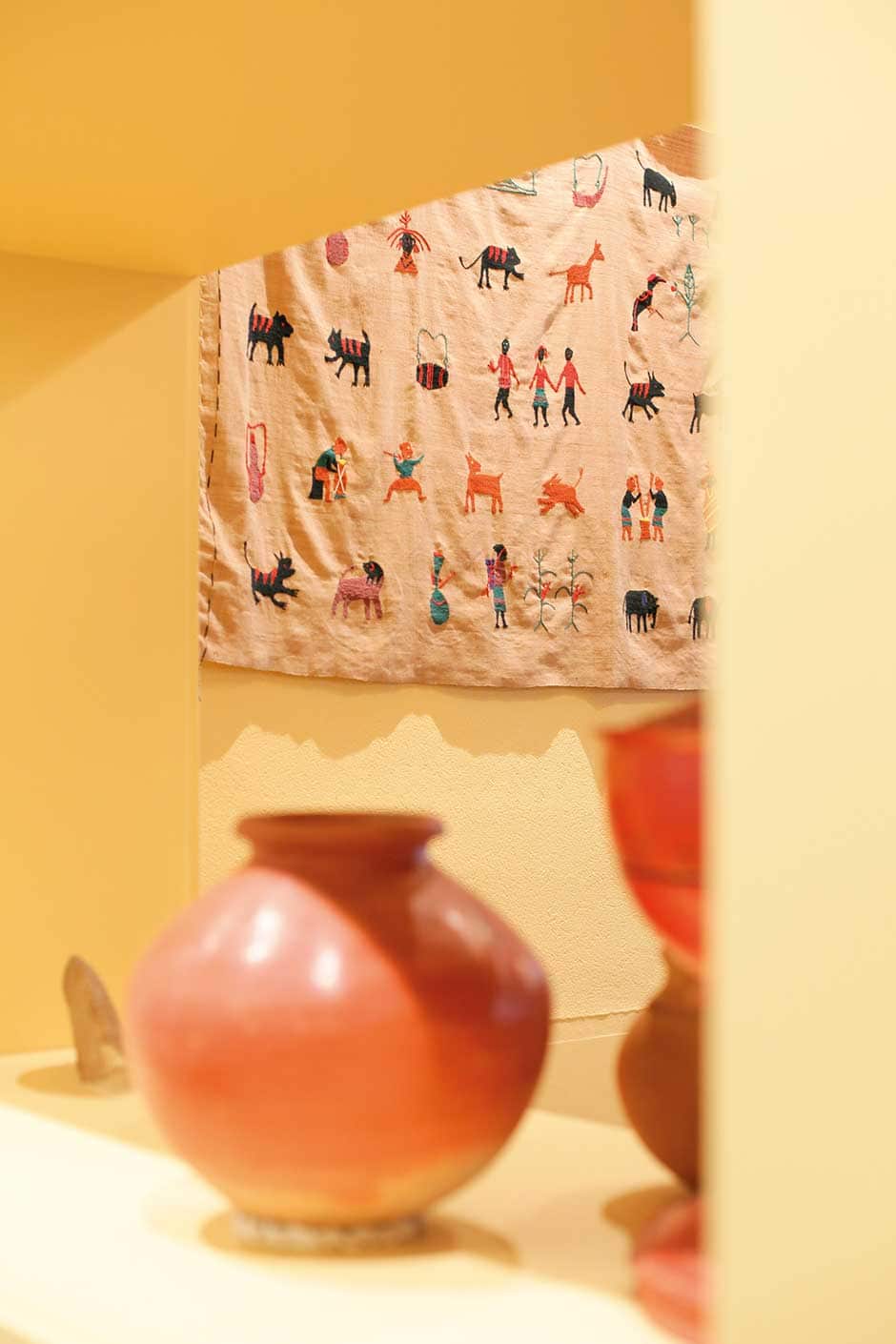 What’s your top pick? Mohinga — a fish soup with rice noodles — is my absolute favourite thing to eat. When I make it at home or eat it at Mabel’s, it takes me straight back to Myanmar. It’s umami and usually has a deep-fried fritter in it that gives it so many layers of texture. At Mabel’s, we serve it with an onion fritter.

What are some of your best food memories? Seeing my sons Maxim and Magnus eat Burmese food I’ve learned to cook for them and asking me for a second helping is as good as it gets. It gives me a real sense of pride.