Memories of holidays at family baches by the beach are common to many Kiwis. For Denise and Leonard Gardner, a desire for their clan to continue to enjoy a special spot together informed a decision to shore things up for the future.
“Generations of Leonard’s family grew up holidaying at the same spot, and we wanted to keep the tradition going with an enduring build of our own,” says Denise. 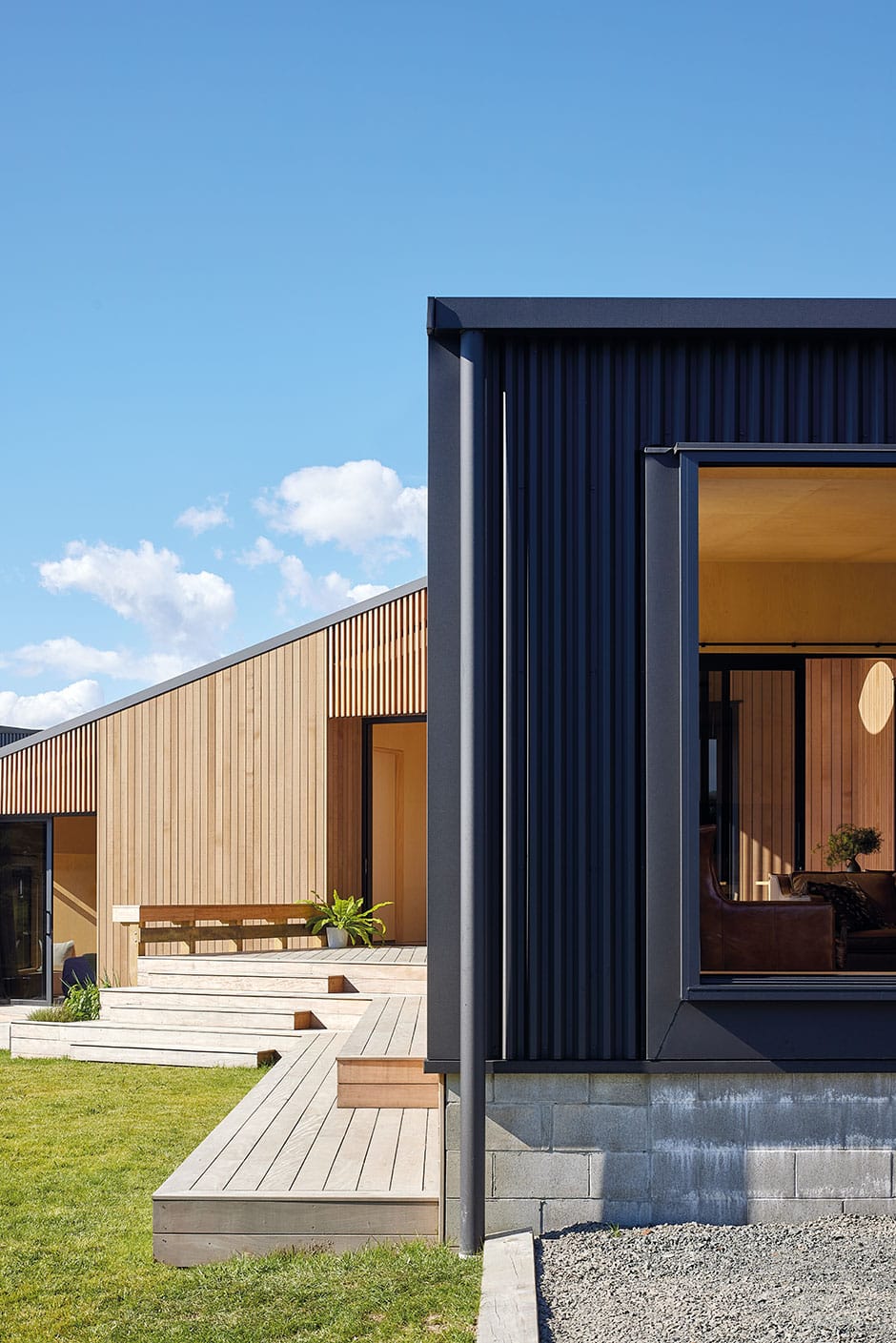 Rather than constructing a bach on the Thames coastline south of Coromandel where their existing intergenerational bolthole stood, the couple opted for a location with easier access to their home in Hamilton, on Raglan’s Rangitahi Peninsula. They were enticed by a site with views of the tidal harbour and native bush, on an undulating hillside that falls away to the water’s edge.
Leonard works in the construction industry, so he’s well versed in the architecture of this region, and knew he wanted to work with Brian White of Edwards White Architects. The clean lines, honest materials and streamlined craftsmanship that the practice’s work has become known for were all characteristics on the wish-list for the bach.
“We kept the brief pretty simple,” says Denise. “It was one page of bullet points by the time Brian wrote it down. We wanted something that’s a little bit timeless, a little bit classic, and that’s not going to come and go with fads. ‘Wood’, ‘concrete’, ‘durable materials’ and ‘built to last’ were items at the top of the list.”

Edwards White conceived an L-shaped floorplan that turns its back on the developing neighbourhood creeping up the peninsula behind the Gardners’ property, instead bringing into focus the bach’s relationship with its surrounds. Working alongside Brian, architectural graduate Jess Anderson oversaw the dwelling’s interior.
“Nothing is revealed when you pull up to the entry,” she says. “It isn’t until you open the front door that you get a glimpse of the stunning view. The most natural way to navigate between the living spaces and bedrooms is to cut through the covered deck that provides protection from the prevailing westerly wind and privacy from the neighbours. This gives the house an informal feel, as well as a stronger connection to nature.” 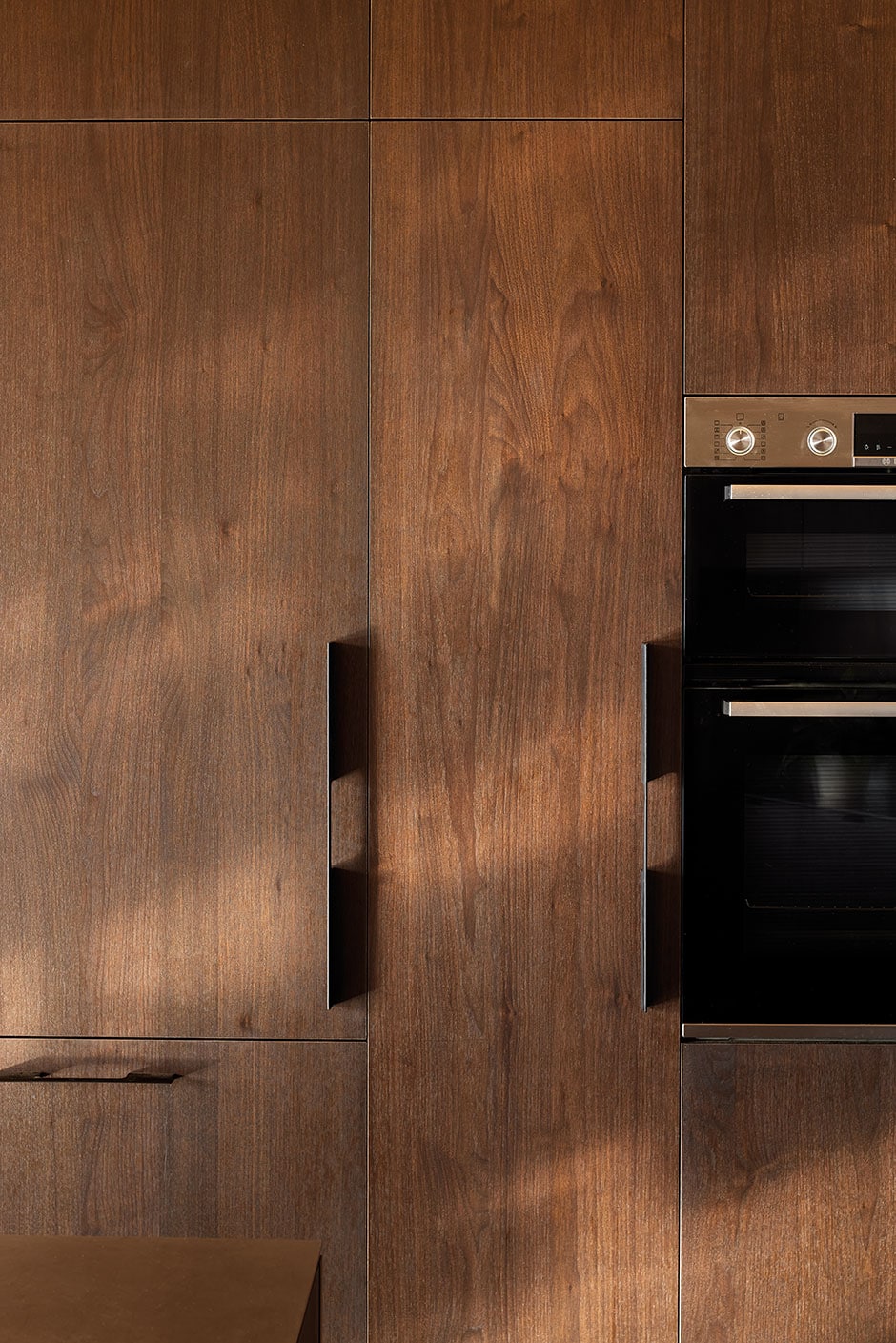 Shrouded in cedar battens and steel cladding, the living spaces and bedrooms open onto decks through stacker sliding doors by First Windows & Doors. The living space alone boasts a generous 6.74m of The AGP System glass, a high-performance double-glazing system that includes argon gas between the panes as an extra insulator.
“The joinery is crucial to the architecture, allowing you to get a deeper connection with the landscape while responding to the climate,” says Jess. “We used a wide range of First Windows & Doors profiles, so that the joinery could be seamlessly integrated into the envelope.”

Exploring the idea of reducing the bach’s footprint to build smaller but smarter, playful planning strategies were employed for spatial organisation. The two wings of the home pivot around a covered outdoor room that’s bathed in light via a James Turrell-esque skylight. The humble material palette of plywood and concrete throughout the interior gives way to moments of pure sophistication, such as in the kitchen, where boldly contrasting walnut timber veneer, a fluted, curved island and stainless steel surfaces finish the space with finesse. Elsewhere, the guest quarters and laundry reside behind sliding doors that allow them to be opened or closed off according to the number of guests present. 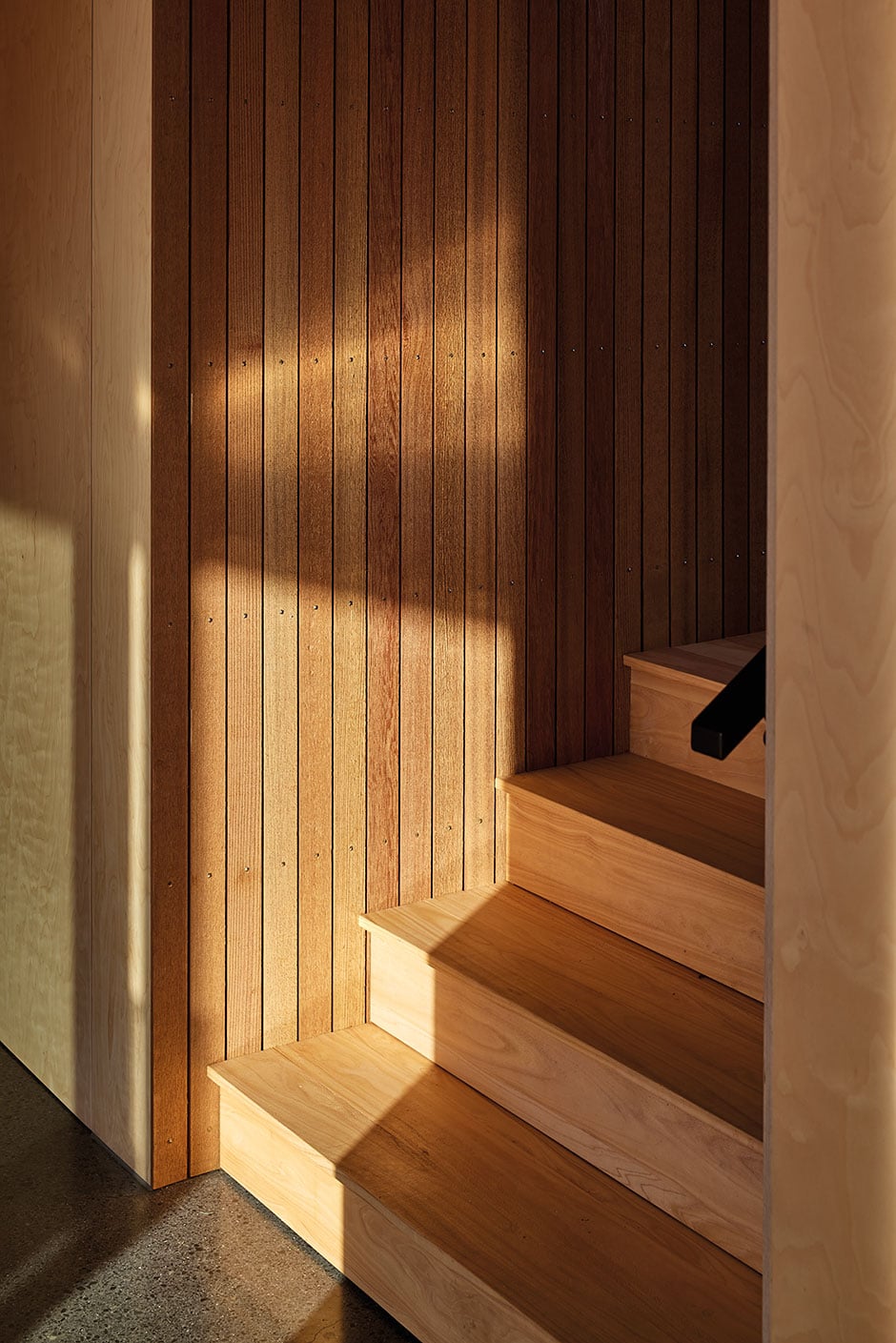 The only areas that aren’t accessible to all are the main bedroom and ensuite. Stepping down from the living space and guest rooms, a highlight of this secluded enclave is a Metro Series ThermalHeart picture window from First Windows & Doors that’s articulated out from the end wall to make space for a private window seat. “It’s one of my favourite spots in the house, perfect for reading a book, a nana nap or even just watching the birdlife,” says Denise. “It surprised me. I was expecting seabirds, herons, gulls and terns, but among these trees, there are beautiful land birds as well — parakeets, kingfishers and tūī are all here regularly.” 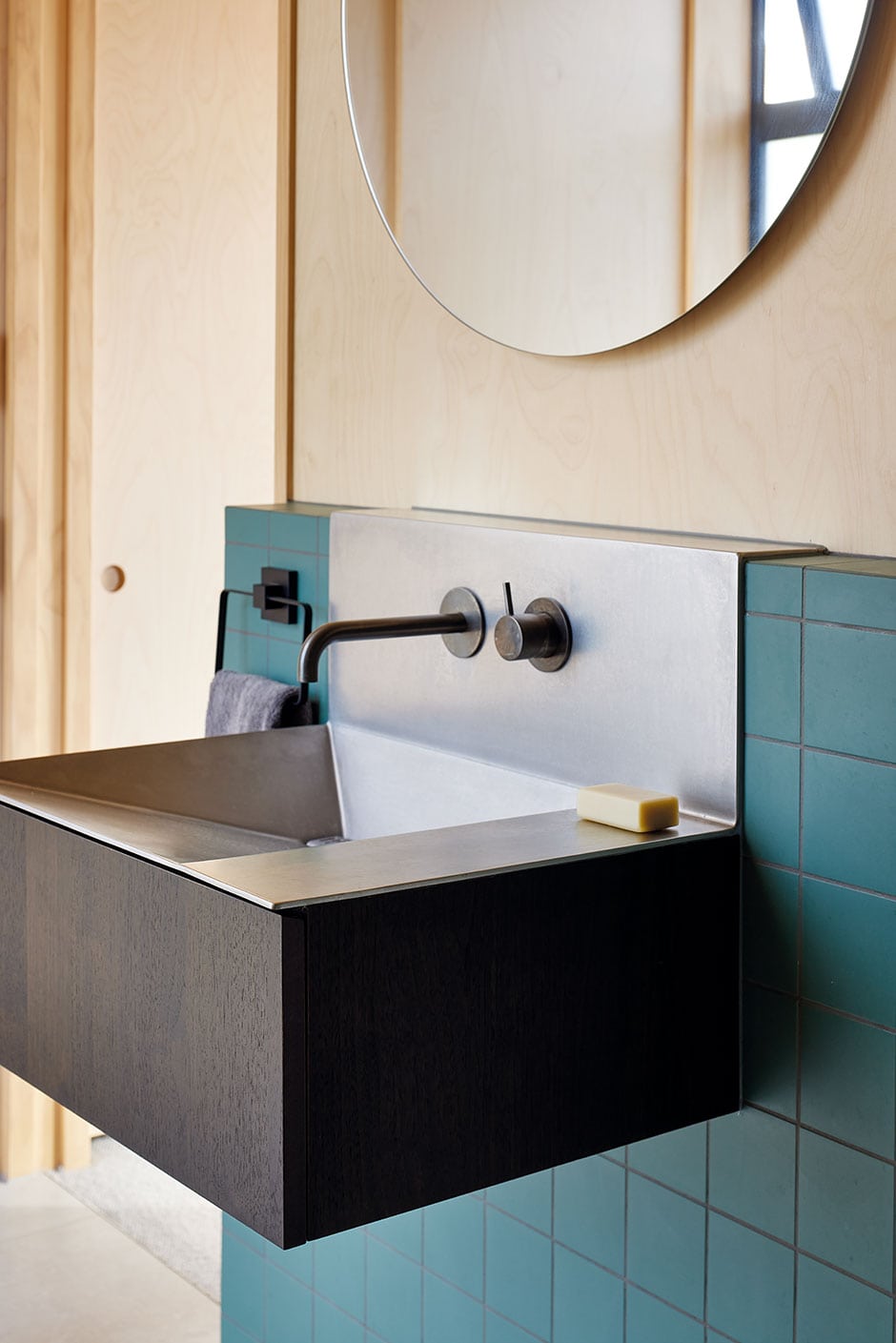 “Our houses seek to respond to their occupants’ patterns of daily living,” says Jess. “We like the way this home has a snug, relaxed, secluded feel, despite being surrounded by neighbours. It provides an informal backdrop for enjoying a laidback life in a small coastal town.”
Denise and Leonard found these attributes so appealing that they decided to make the bach their permanent dwelling after selling their Hamilton home. “We arrived for our summer holiday and never had to pack up to leave,” says Denise. And so, with the couple’s three adult sons visiting gladly and often, the tradition of time spent together at ‘the bach’ continues.