Despite enduring world wars, a devastating fire and several changes of ownership, remains one of North America’s oldest and most iconic hotels. Balancing a reverence for the building’s rich history with a readiness to explore new ideas, helped to relaunch it into the 21st century.

Located in Hampton Bays on the east end of Long Island, New York, Canoe Place has lived many lives; first, it was a trading station, then a waterside retreat, a discrete celebrity rendezvous (we’re talking Rockefeller and Einstein), a racy nightclub, and finally, a hotel.

The timeline of the building dates back to 1697 and is marked by historic world events and a tragic fire in 1921, causing it to be completely rebuilt. In 2010, the building was vacated with little clue as to its next chapter. It wasn’t until several years later when a family-owned real estate business bought the building and engaged Brooklyn-based design studio to oversee its rehabilitation.

The design team brought the grounds’ signature herringbone-brick paths into the reinstated lobby to amplify a connection to the outdoors. The angular receptionist desk is a contemporary touch alongside an artwork by Doug Aitken. 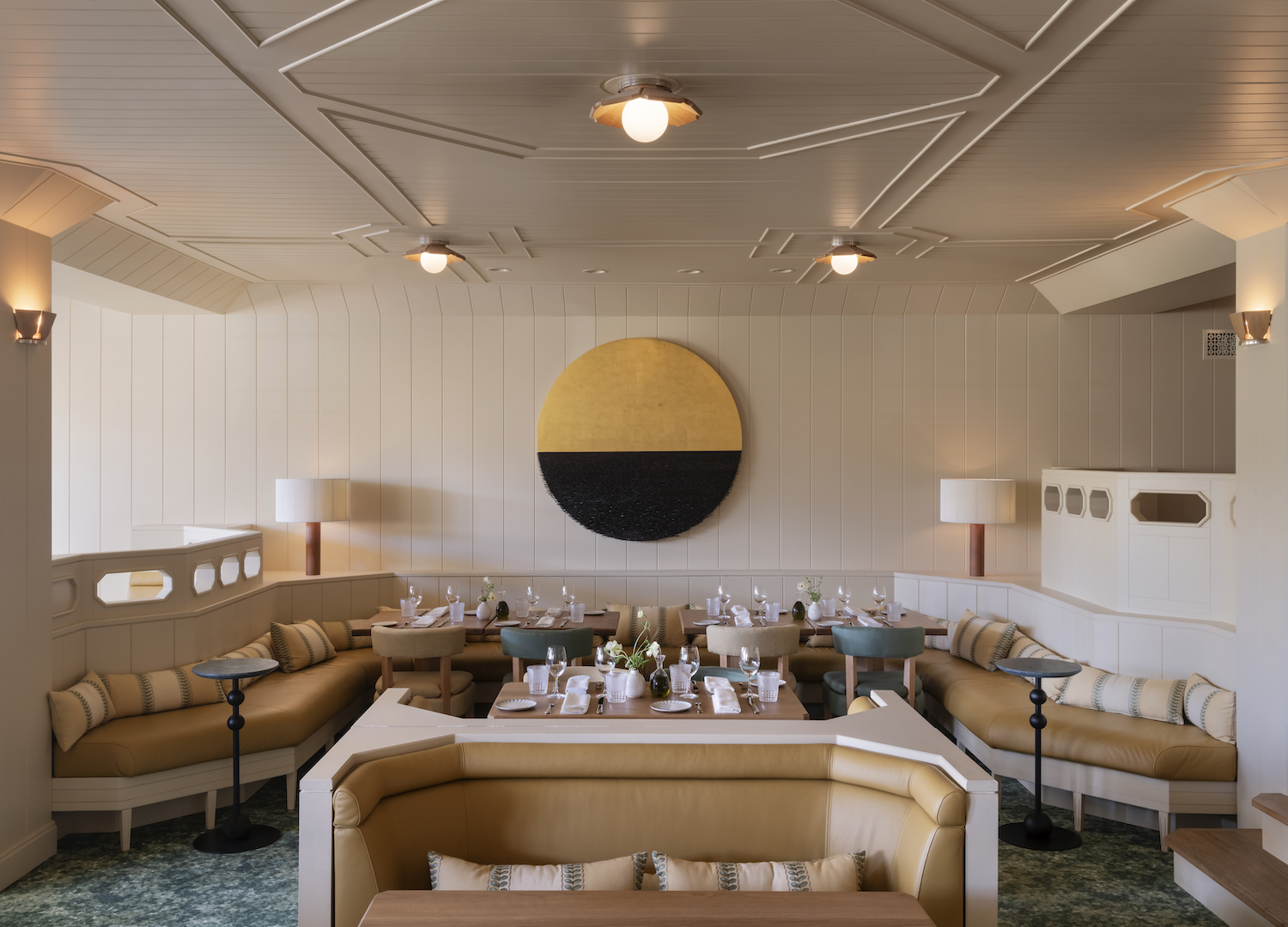 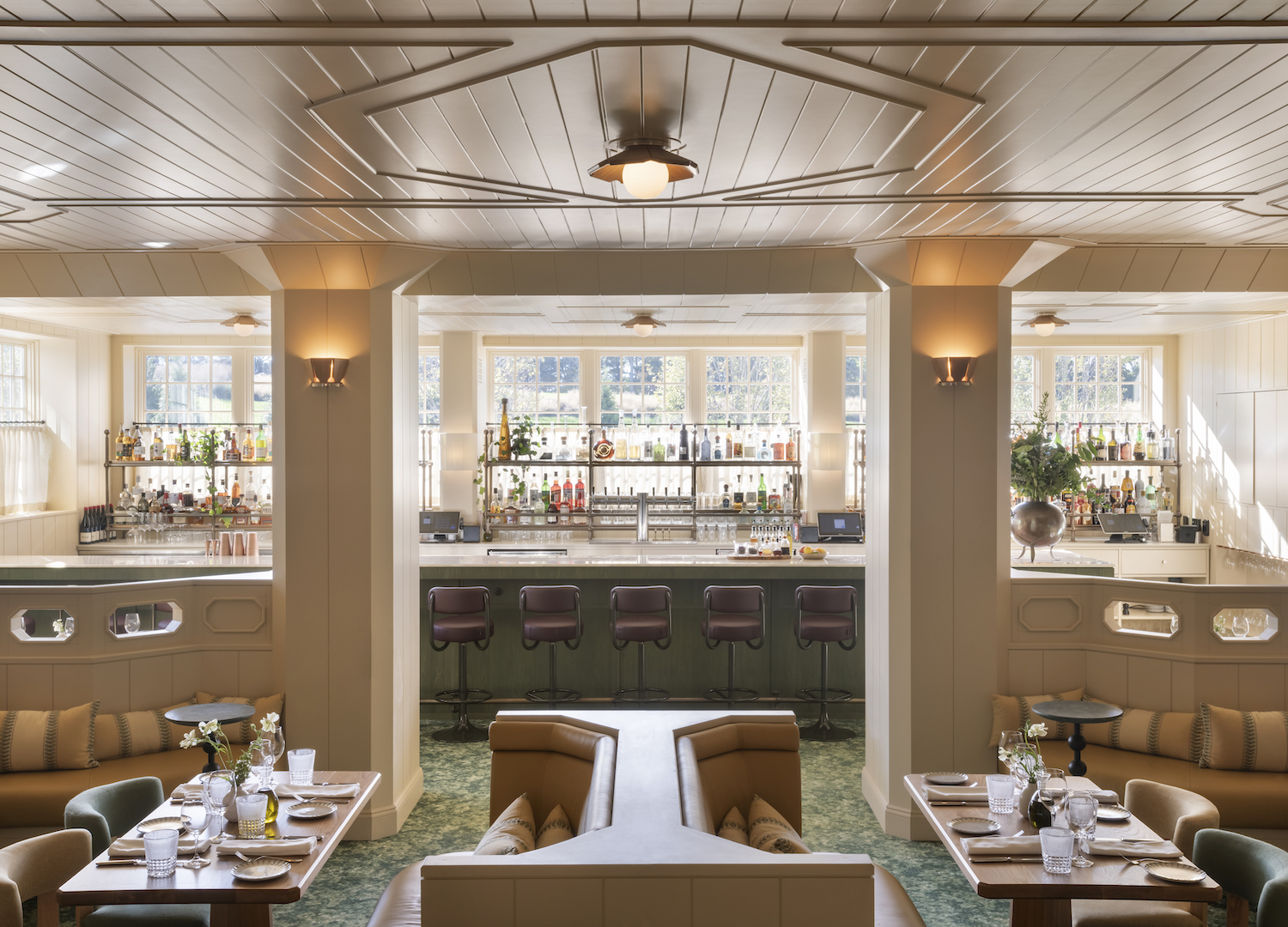 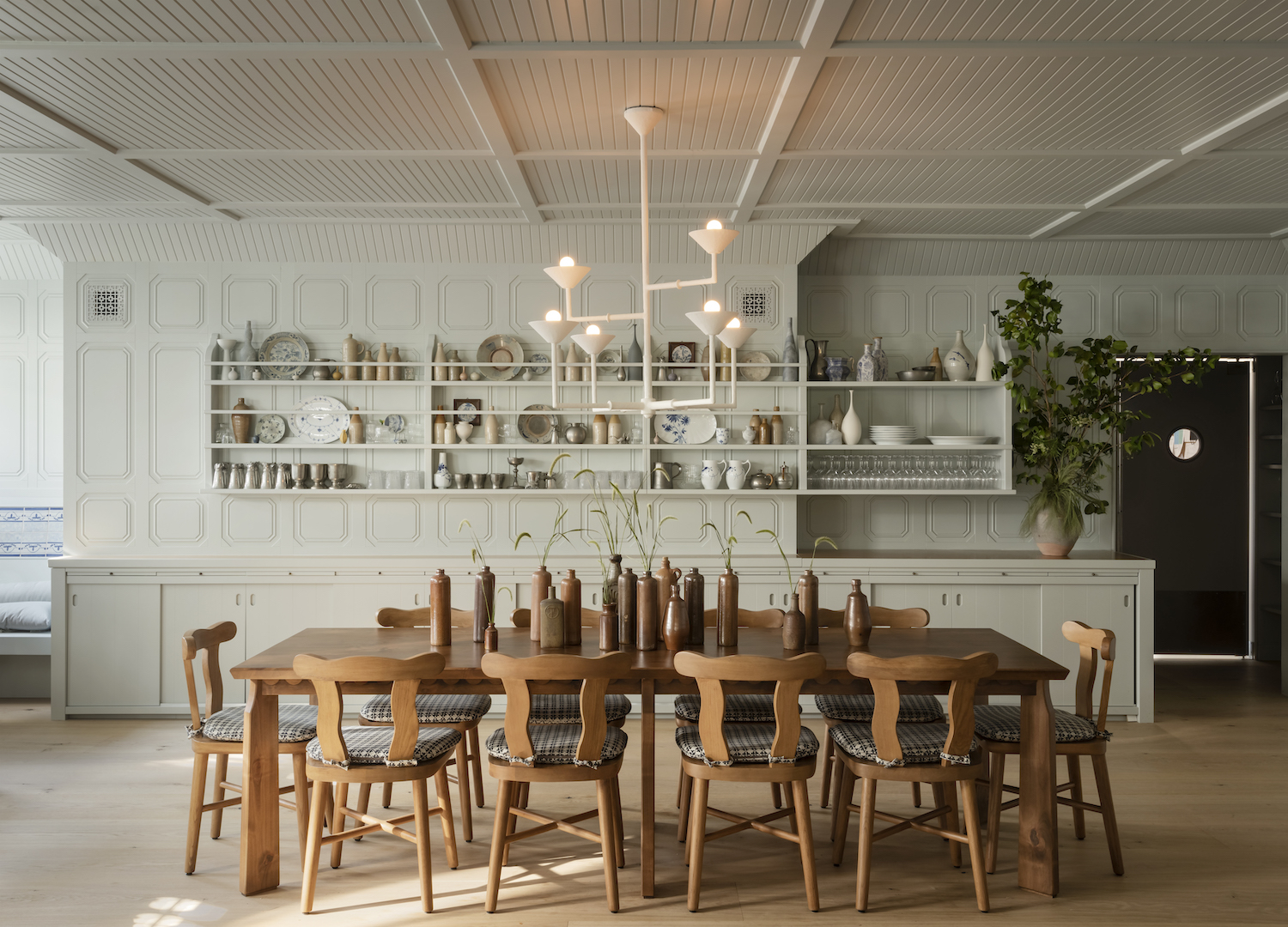 The ‘Little Kitchen’ as it’s called, is bathed in soft green and lined with shelves of china.

After years of careful restoration and thoughtful add-ons, the return of the beloved hotel marks a triumph for Workstead and the Hampton Bays community. The spirited new building is reminiscent of its heyday during the 20s, 30s and 40s – after architect William Bottomley resurrected it from the ashes.

Workstead were commissioned to overhaul three floors of guest rooms in the main ‘Inn’ building as well as five private cottages sited on the hill behind it. Reinstated indoor and outdoor dining areas, as well as an updated ballroom and lobby, see the landmark hotel come to life once again.

Bottomley’s original vision was described by critics at the time as “whimsically merry” and “vividly reminiscent of Vauxhall Gardens”; fantastical in a sense. With this as their primary design precedent, Workstead have implemented the phrase “garden by the sea” to inform a palette of bright colours and botanical-patterned textiles. Soft greens, butter yellows and navy blues are paired with bold stripes, playful florals and vintage-inspired geometrics.

Much of the old has been left behind, lovingly restored to fit the building’s new title, while some things are of a completely new era. The refurbished hotel amenities pair a sense of luxury with a sense of nostalgia; enticing to those in search of both convenience and the ability to turn back time. Down to the very last sheet-tuck, everything is highly considered. 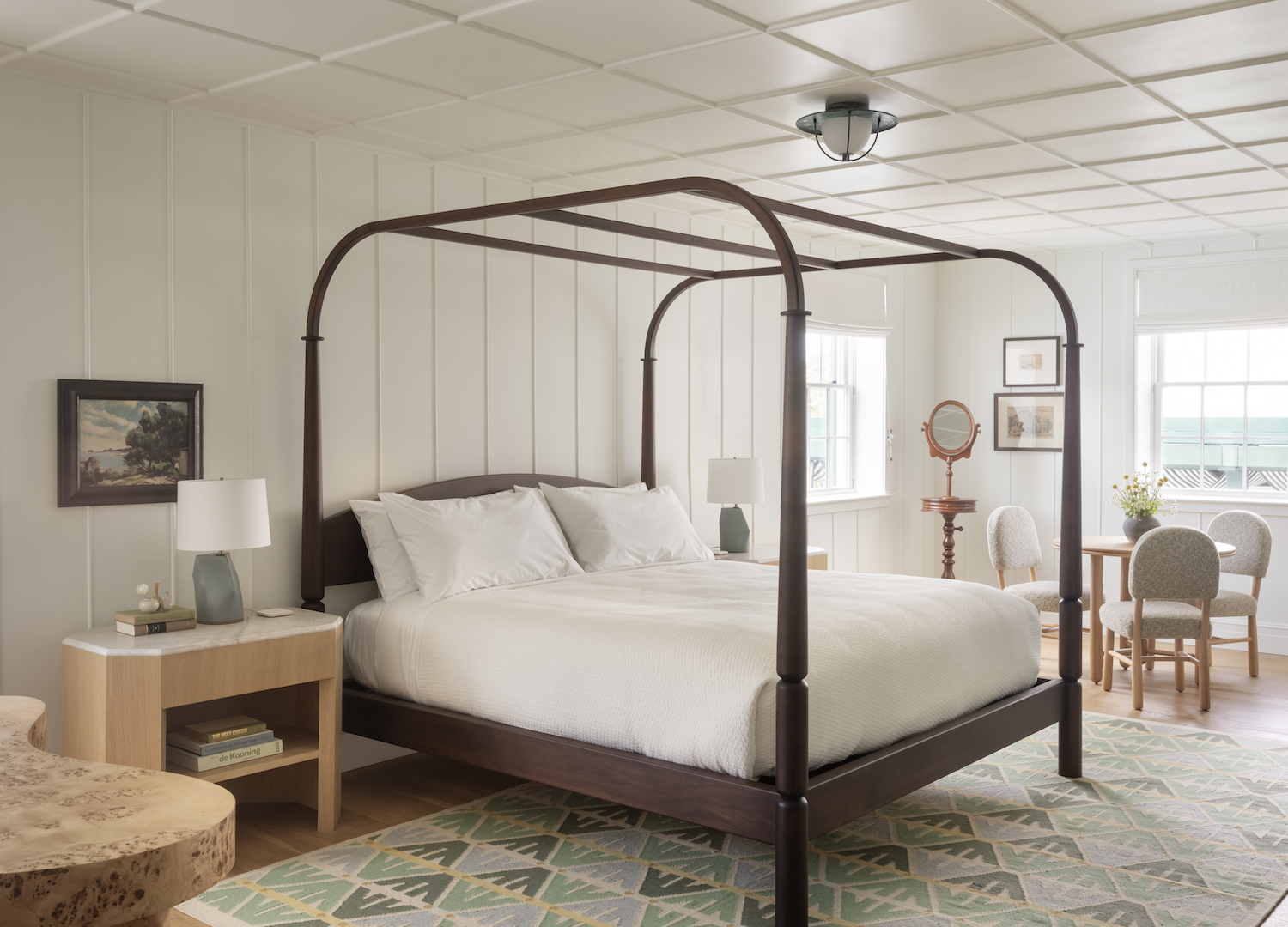 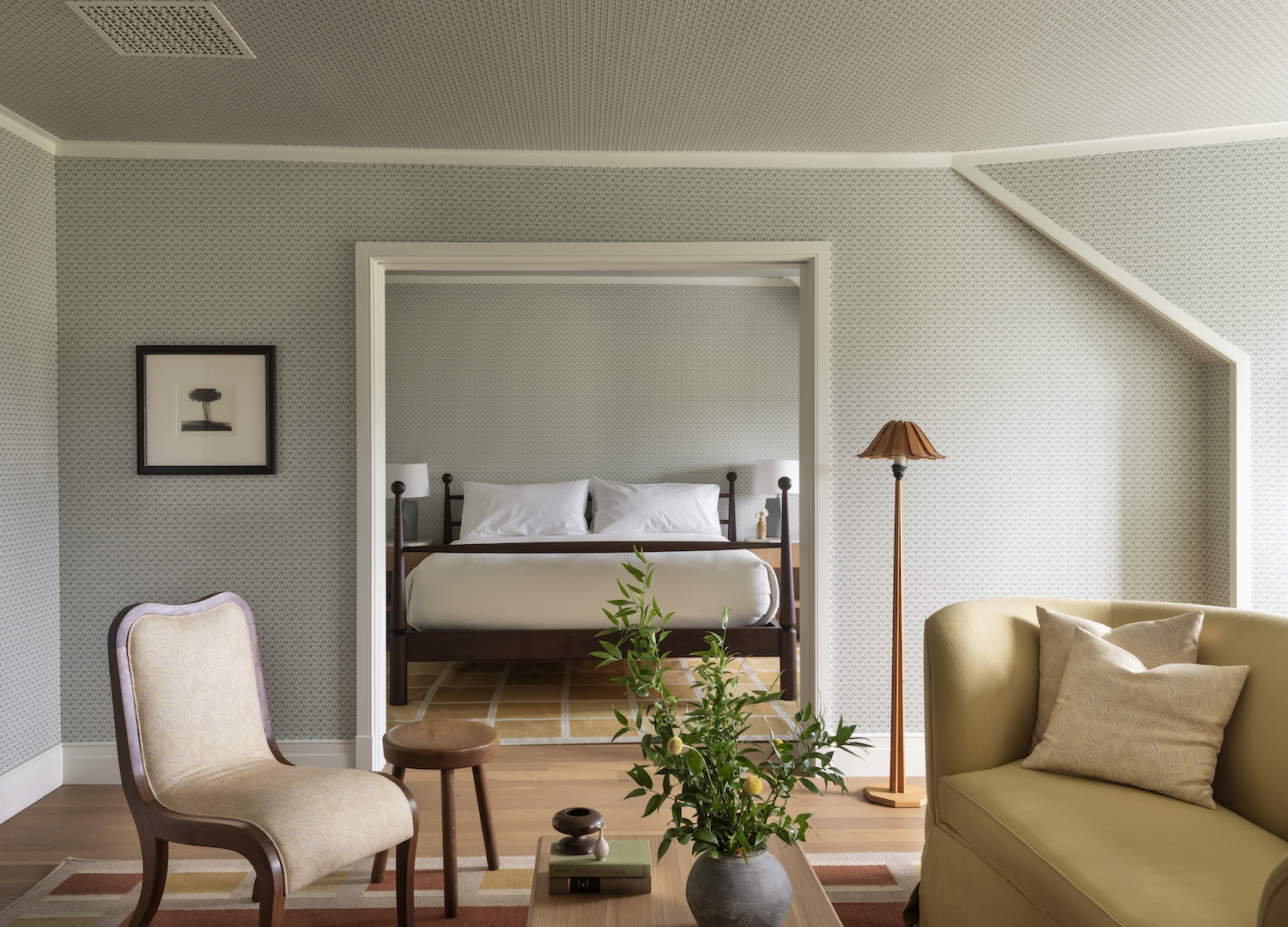 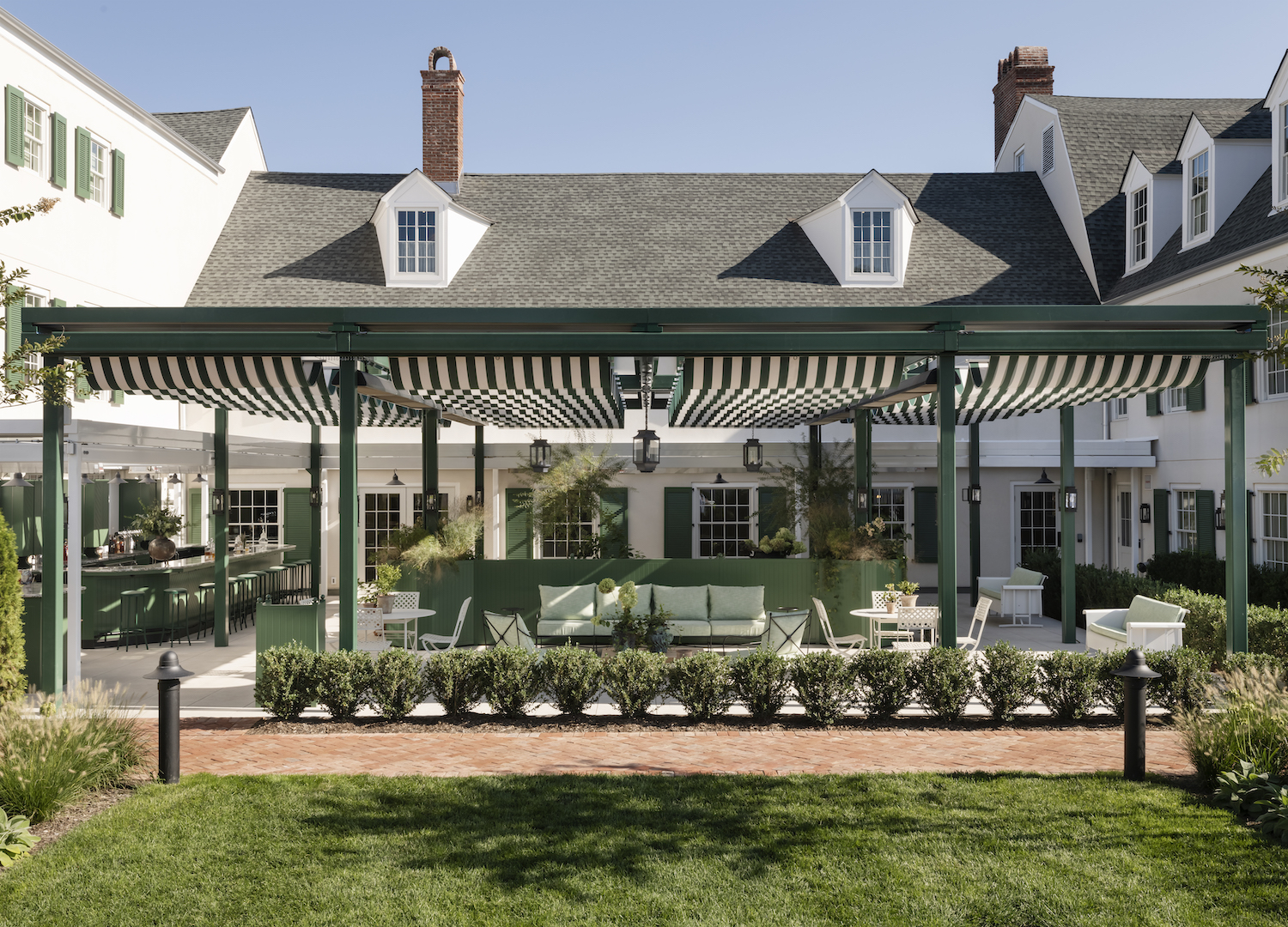 The outdoor dining space is coated in a loud green. 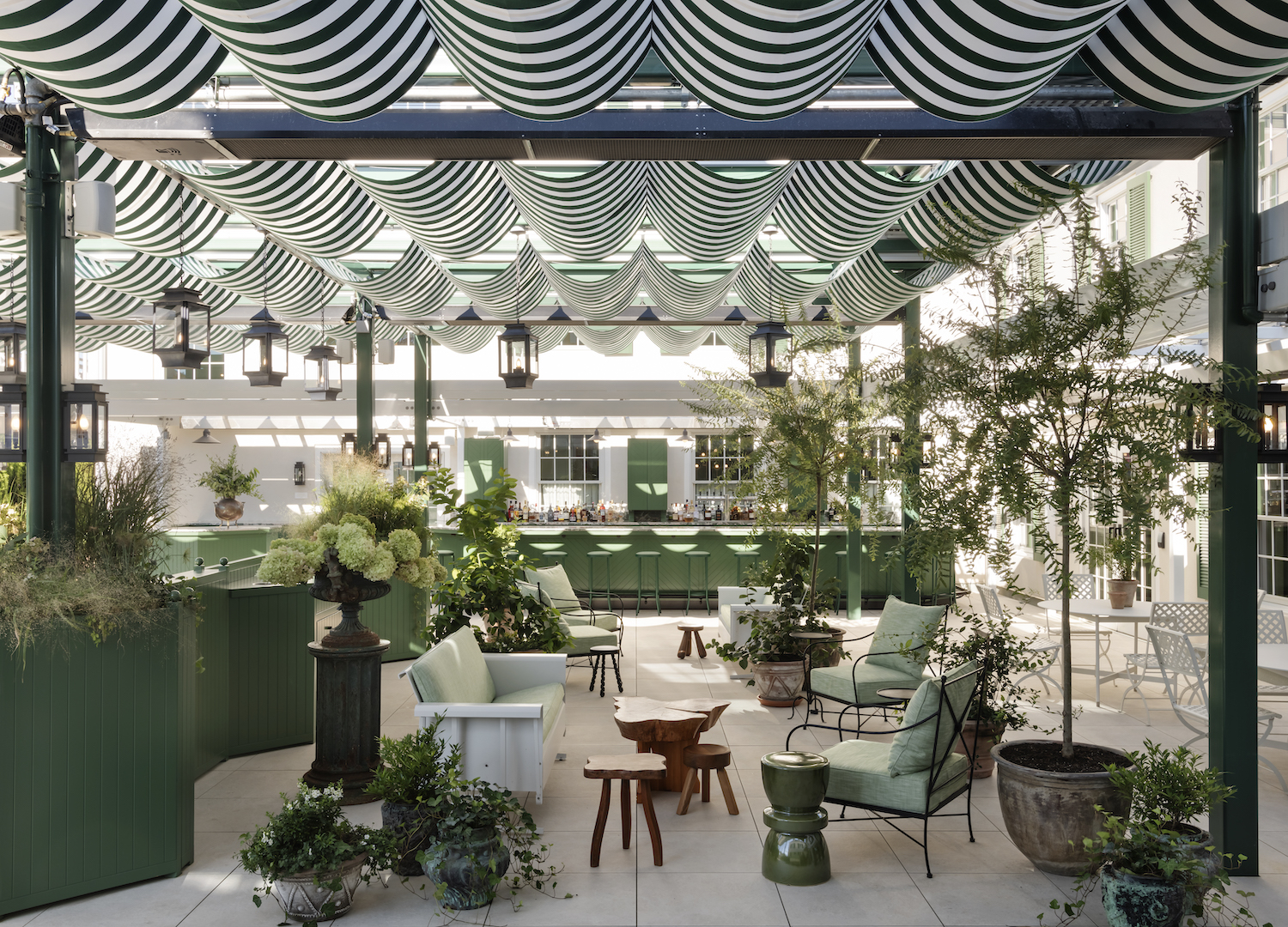