A childhood in a creative, resourceful family, study in fashion design and a stint in high-end streetwear behind him, mostly self-taught and entirely brilliant weaver Christopher Duncan made his start in his current craft a decade ago. He began using gifted looms and materials, his sister helping to support this transition by buying him his first loom off Trade Me. He’s currently making on another Trade Me find, a loom built from Pacific kauri, bought from a woman in her 90s, who also graciously offered him her related books, magazines and all the yarn he could carry. 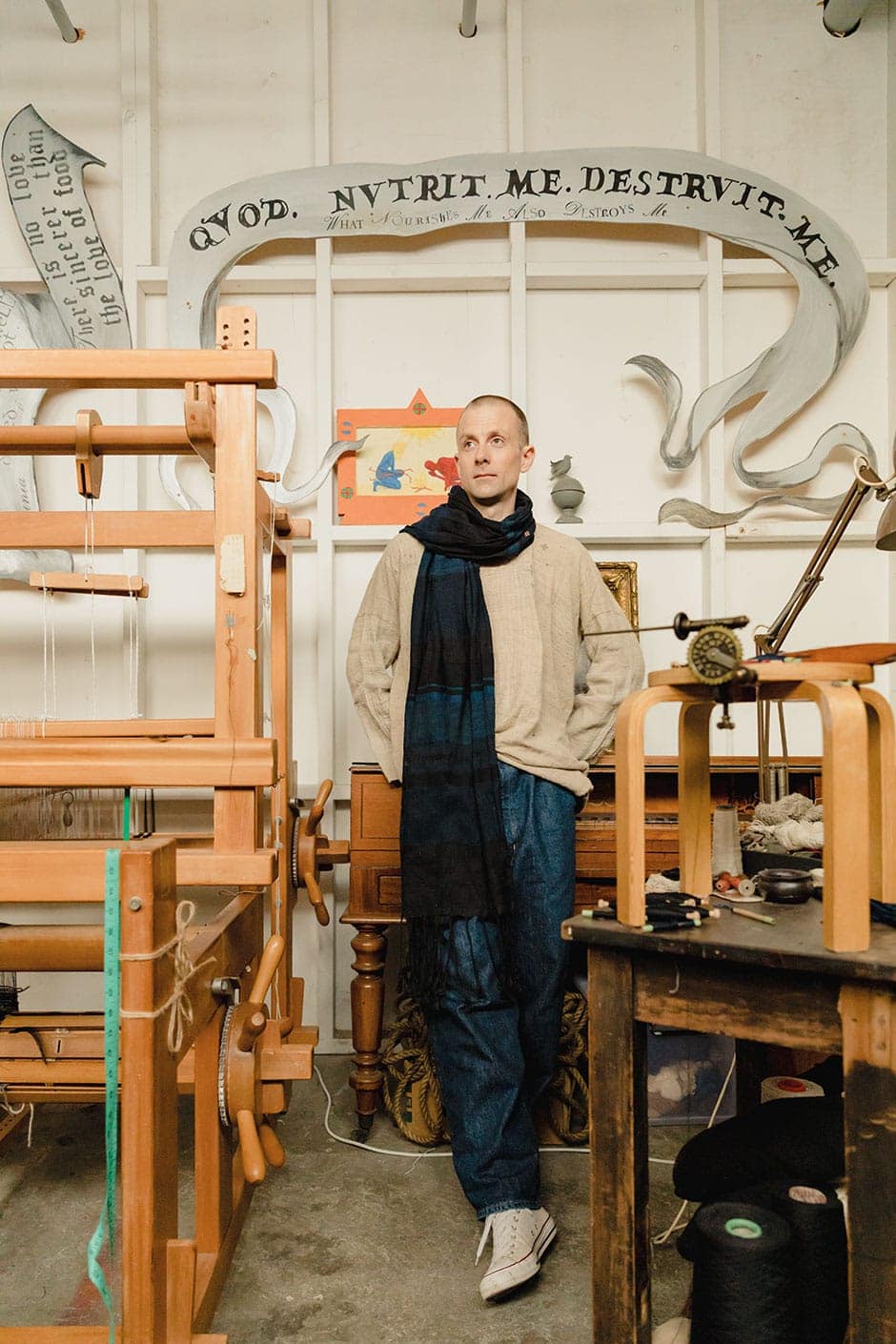 So Christopher, how would you describe the style of weaving you’ve developed? The word ‘minimalist’ comes to mind, but I don’t think that’s quite it. When you weave, you build the cloth from the bones up, so in that sense, it’s sculpture, but there are superficial elements, like a painting. If the work is intended to be worn, I also have to consider comfort and how aspects may appear on the body, so I try to find a balance between these tensions. I read a lot of books about eastern philosophy and find Zen painting represents the type of balance I aspire to. I like to look at art made by people — past and present — who don’t make work with capitalism in mind. 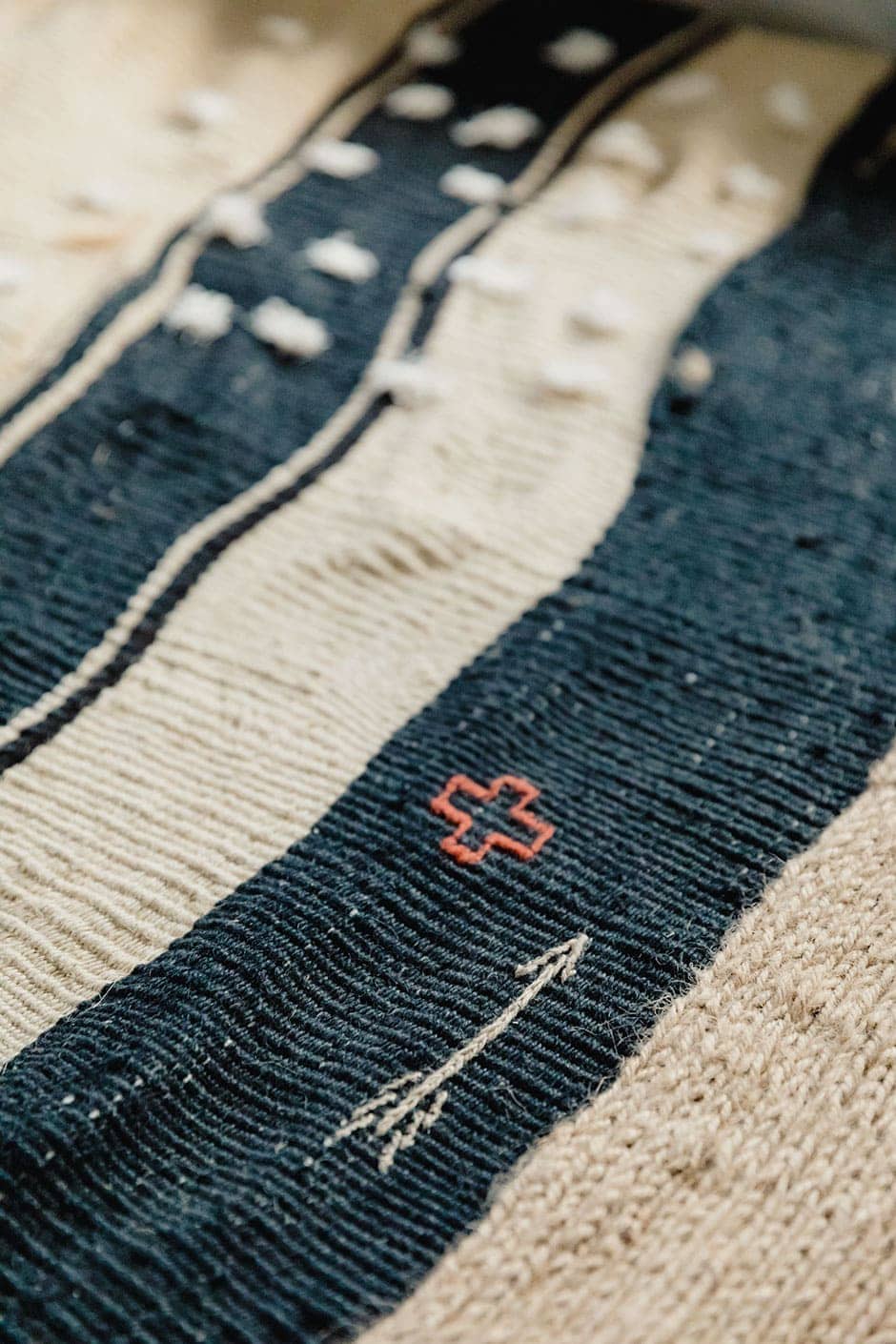 You take bespoke commissions and produce pieces designed both to be worn and for display — what are your thoughts on clothing as art? I think that anything can be art if it’s done with the right intentions. Clothing is an extension of our bodies — for me, it reflects my mood and takes on the role I need in the moment.

You work in a shared studio in inner-city Tāmaki Makaurau/Auckland — what’s great about this space? It’s cavernous and semi-subterranean. I like its industrial nature and how it’s in the city but feels like a world of its own. I share it with a friend who has lots of great antique furniture; it’s a sanctuary of interesting objects. 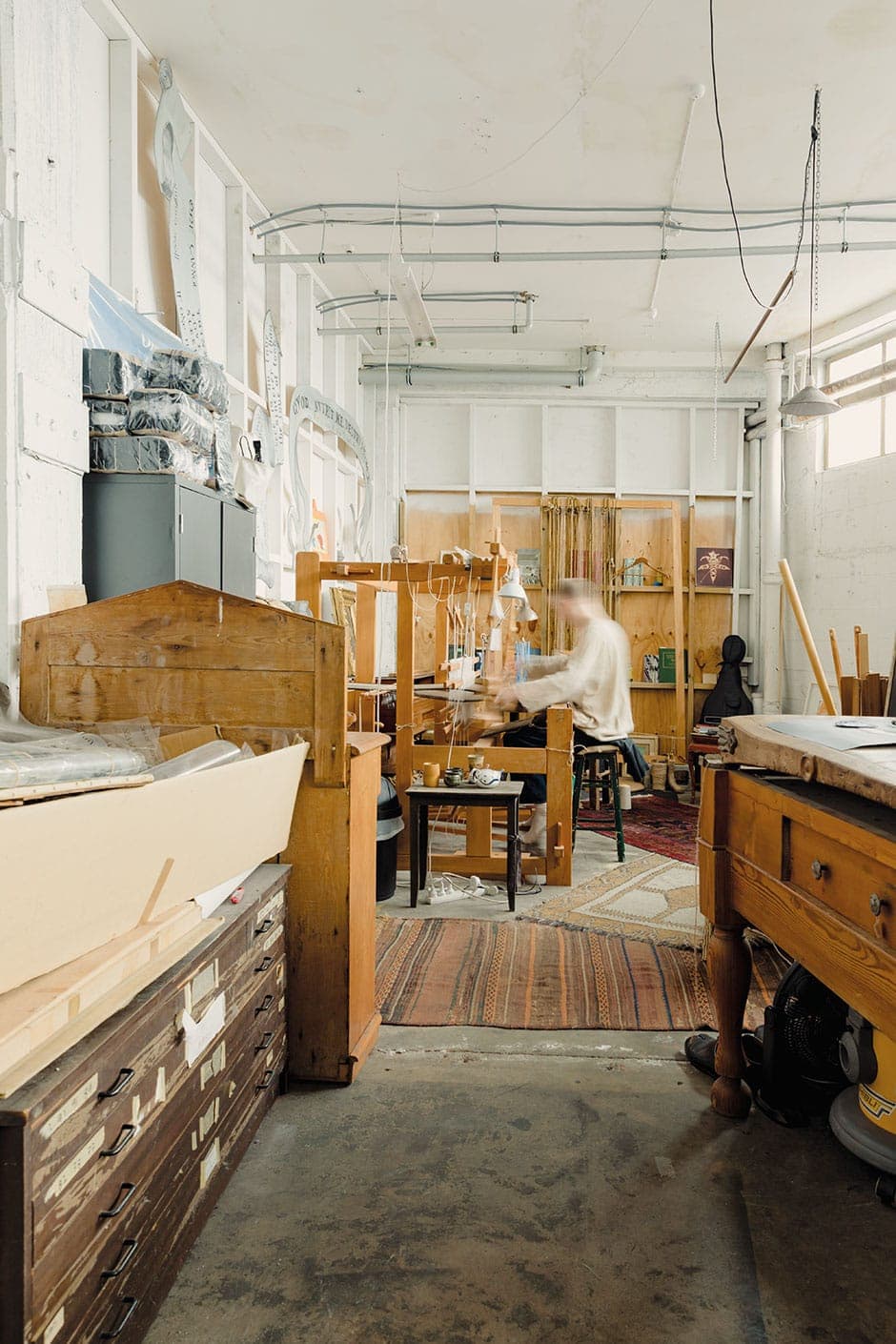 Do you have a morning routine that gets you in the right headspace to create? I live in the central city, so my commute is brief. Most mornings [before work], I drink green tea and do some yoga. My diligence with my yoga practice has been mainly thanks to the last lockdown and my wonderful teacher, Mei-Cheng Wei. It really helps with my focus and mental wellbeing. Because I weave in solitude, my thoughts are stark, whether they’re positive or negative. I spend hours alone in my brain, so mental conditioning and resilience have become really important to me.

What’s an average workday like for you? I have fantasies of being an early bird, but I’m just not, so I usually get to the studio around midday. If I’m focused, I can easily do a solid five or six hours of weaving. Weaving is really physical, so I need both my brain and body to be on side, and I also have to be intuitively awake.

What are the ideal conditions for you to work in? Silence and sound — lately a lot of jazz, experimental, classical and electronic music. Heavy lyrics can disrupt wherever I’m at, so I tend to avoid that. Sometimes, though, if my task is monotonous, a podcast or an audiobook is great. 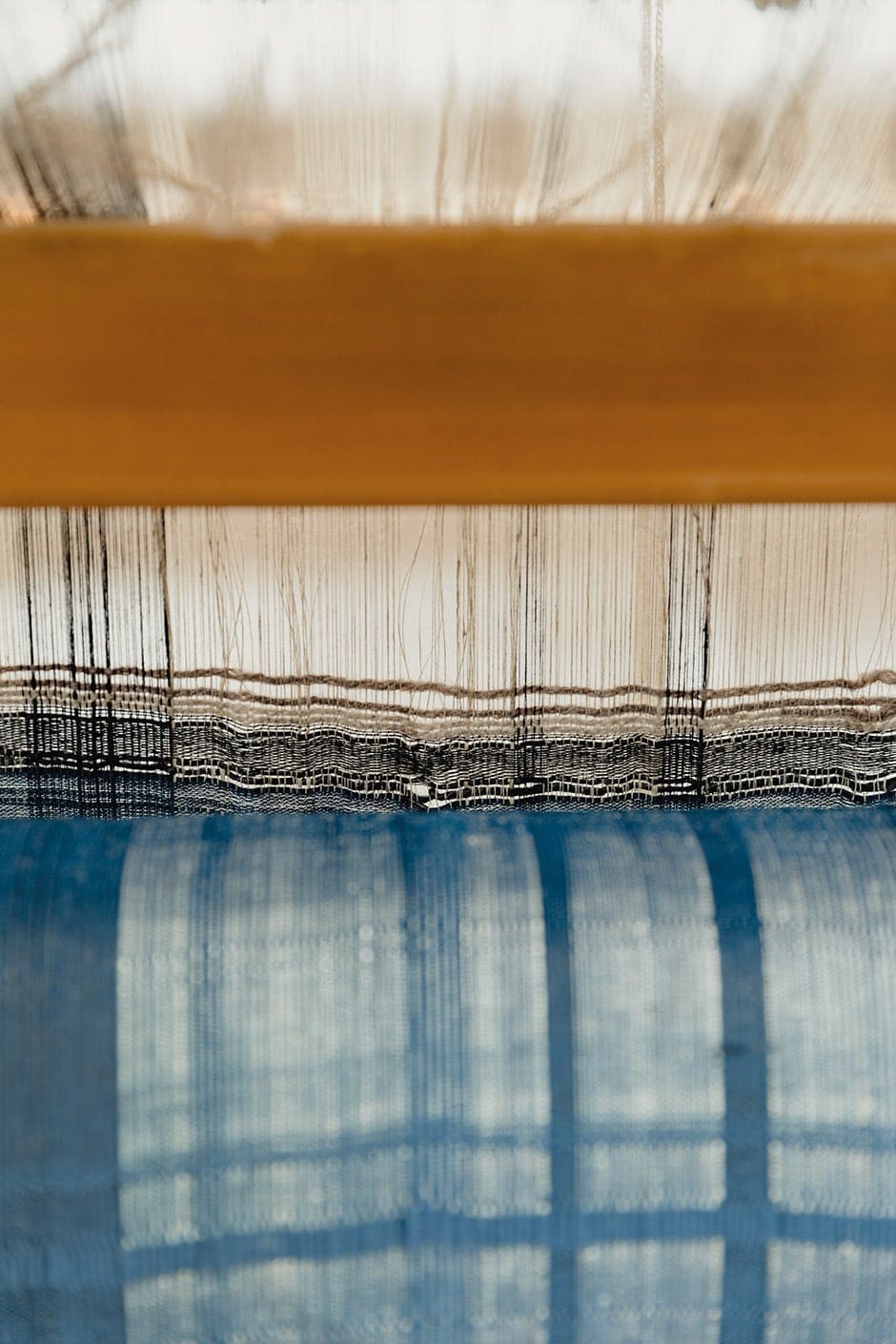 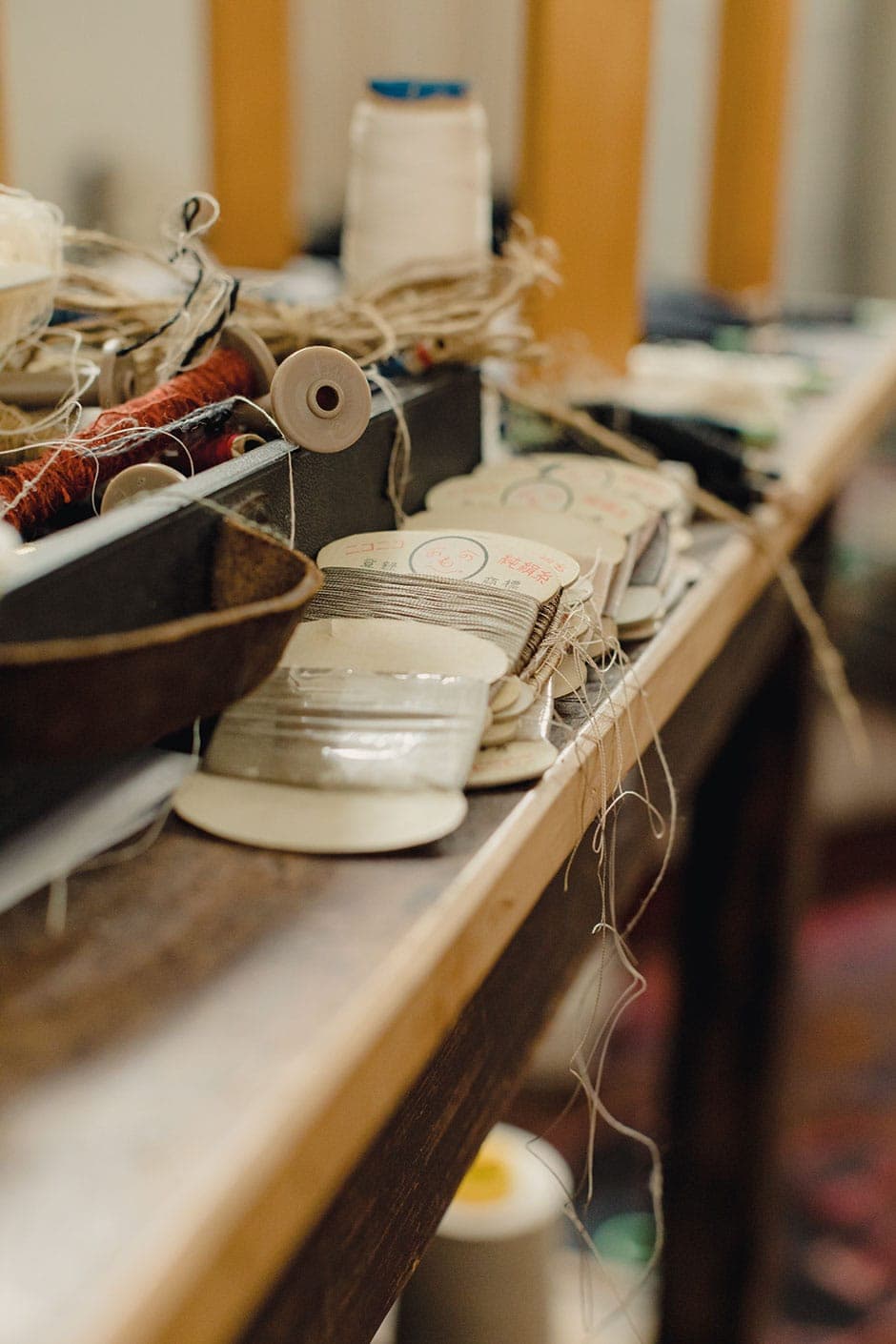 A collection of flat-weave rugs is currently being exhibited at Tāmaki Makaurau gallery Objectspace in your show More Than Castles — what’s that about? Having received funding from Creative New Zealand to put time into researching and developing this side of my practice, I worked on the collection of six for a year. I’d been fiddling with rug ideas for a while, but never had the time to really delve into it. During my research, I was able to see some fantastic flat-weave pieces. I think that the space the project afforded me let me really see how my work has formed a relationship with my life and the practice of weaving in general. 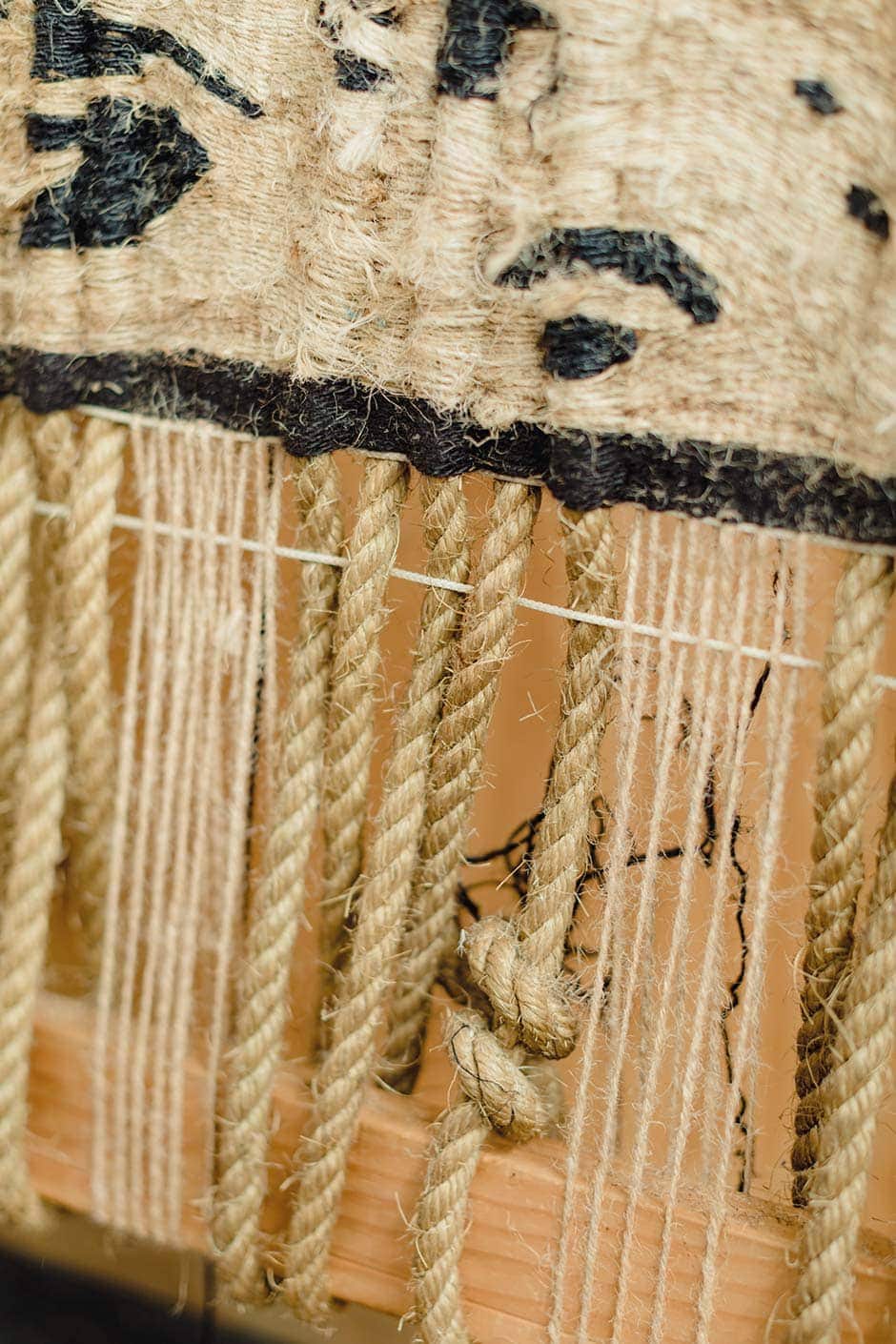 Where else can we see your stuff this year? In Aotearoa, Joe [Yen] at TÜR [which they began together in 2014 as a solution to needing an affordable studio space and has evolved into an exhibition/gallery space] always has a few recent works for people to see.

Your creations are also exhibited in Japan, Belgium and the US — how does it feel to know they’re being contemplated so far and wide? It’s very humbling and quite mysterious to think that people in far-flung places find something in the work I make. I think textiles should bring comfort to people — that would be nice — but mainly I wonder if they see what I see in the work or whether it moves them in ways I can never understand.