An icon reanimated: The Fisher House by Alistair Knox and Adriana Hanna

In association with .
Modernism meets modernity in this update that sees contemporary functionality and Fisher & Paykel technology usher a true-blue beauty into the future.
Being invited to revive an iconic mid-century home is an honour few architects would turn down, yet with that opportunity comes the challenge of respecting its legacy while updating it with the contemporary changes required. The solution is a delicate balance of honouring the past while moving forward, which is just what architect Adriana Hanna has achieved with great success at this dwelling dubbed The Fisher House in Warrandyte, Melbourne. 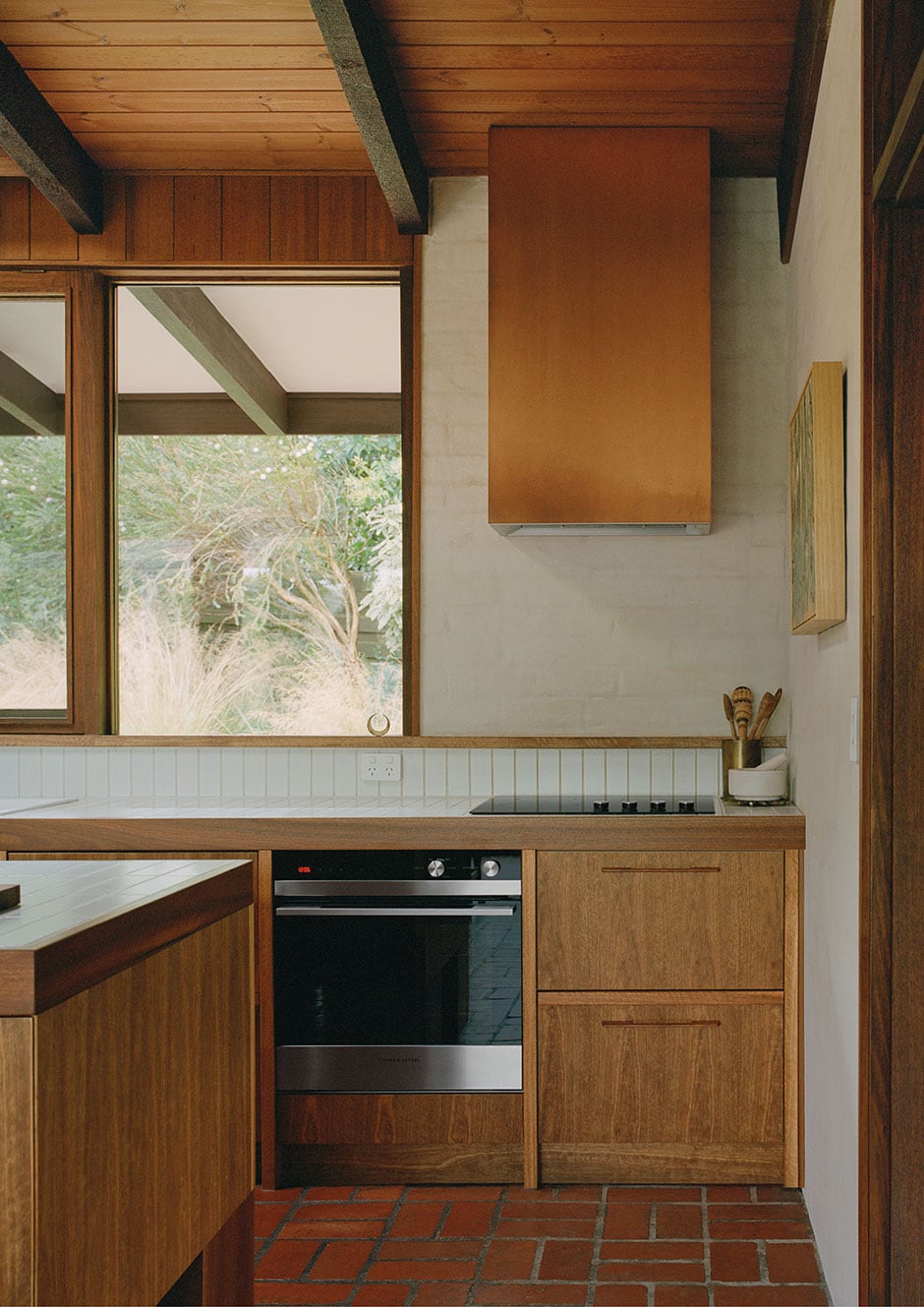 Designed and built by lauded late designer Alistair Knox in 1969, the modernist home was bought by art director Jess Lillico and photographer Sean Fennessy. The creative couple had been living in an apartment in the central city, but when the time came to find a bigger base for their young family, they began searching further afield and discovered this Modernist gem in the outer suburbs.
“It’s only about 30 minutes out of Melbourne, but you feel like you’re in a remote part of Victoria because of the landscape and topography,” says Adriana. “It’s pretty beautiful.” 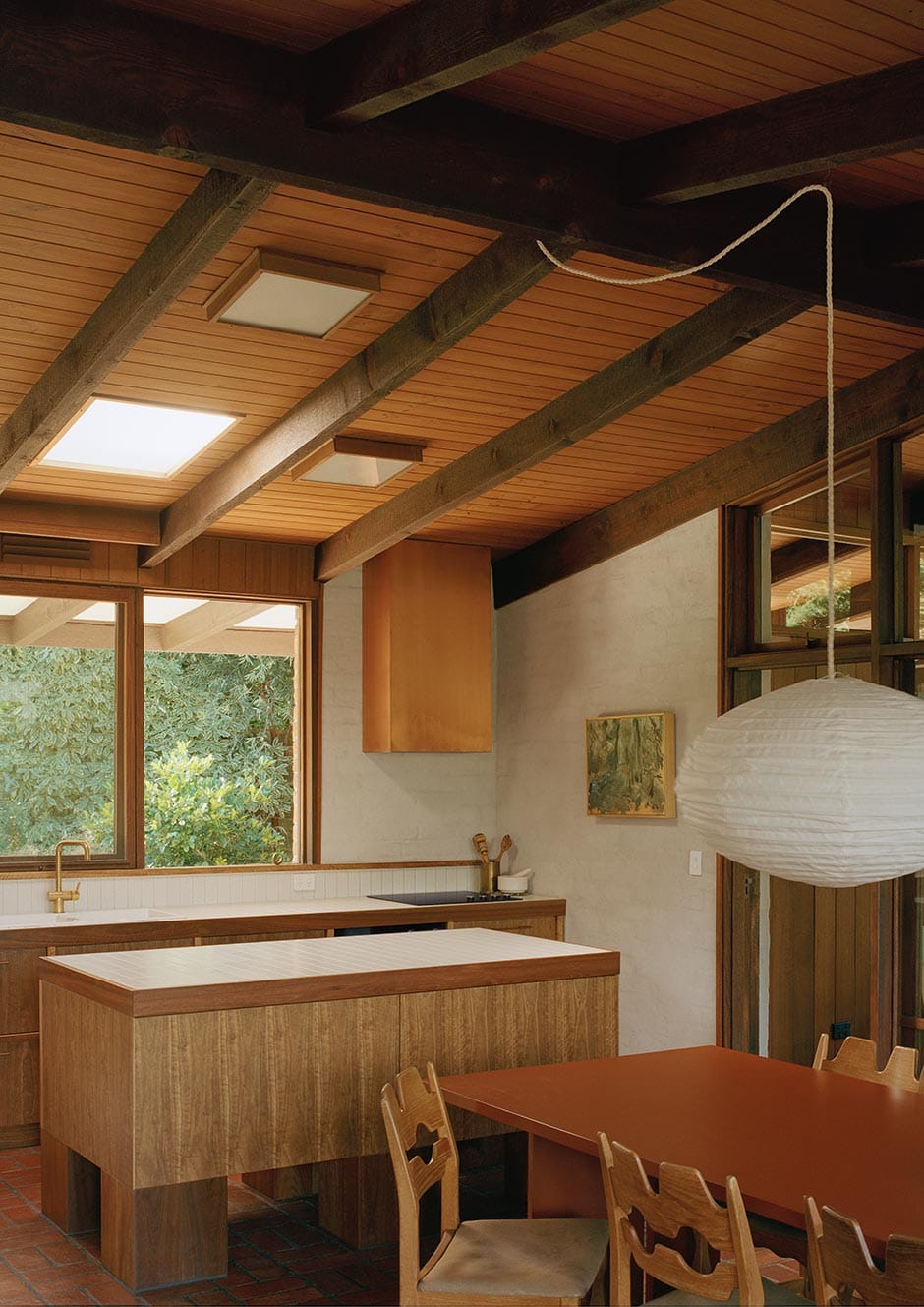 For all its considerable appeal, the house was rundown and needed work to improve its functionality for today, so the pair called on Adriana to conceive a plan that did that without compromising its heritage principles. “I was sympathetic to the existing building and its aspirations,” she says. “I wanted it to look like I wasn’t present, but Knox was. My vision was to reconfigure it to give it new life so it would transcend for another 50 years.
“The home also needed modern amenities to bring it to a contemporary place,” she continues. “The key moves were materiality, maintaining a connection with the landscape, and planning — providing better flow and a more rational layout.” 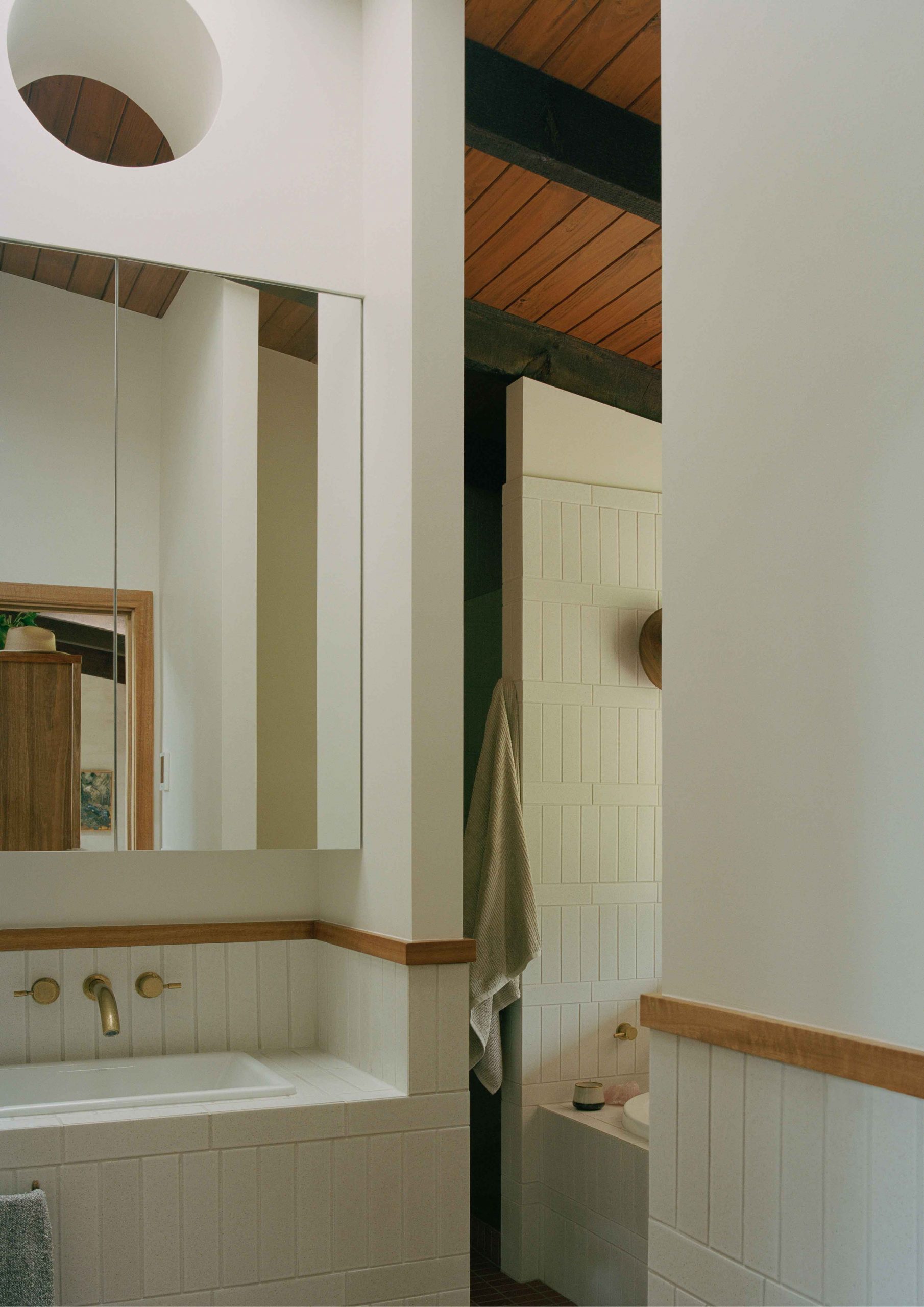 Over the years, additions to what was initially a one-bedroom abode had led to poor zoning between the shared and private areas. For instance, one of the bedroom doors opened onto the entry foyer and living area — a timber screen now obscures this. Other layout changes included moving a walk-in wardrobe off the main bathroom to make way for the main bedroom’s ensuite. At the back of the house, the high windows were replaced with full-height sliding doors to provide a visual connection from the living room to the backyard. Alterations were made to the kitchen, laundry and bathroom to improve their connection to the rear garden as well.

Also key to creating a kitchen that works for this family was the introduction of Fisher & Paykel appliances, with the brand’s Contemporary range providing a high level of functionality and a clean, timeless look in a room that can often be visually busy. Adriana says it’s the epitome of up-to-the-minute form and function for houses with a simple aesthetic.
Typical of older laundries, this utility space was previously located by the back door, again disrupting access to the garden. Now, it’s slotted into the bathroom, out of the way and in an easily serviceable spot. Exerting a subtle presence but big on performance, its new Fisher & Paykel Combi Front Loader washing machine/dryer fits right in to the terracotta and white colour palette. 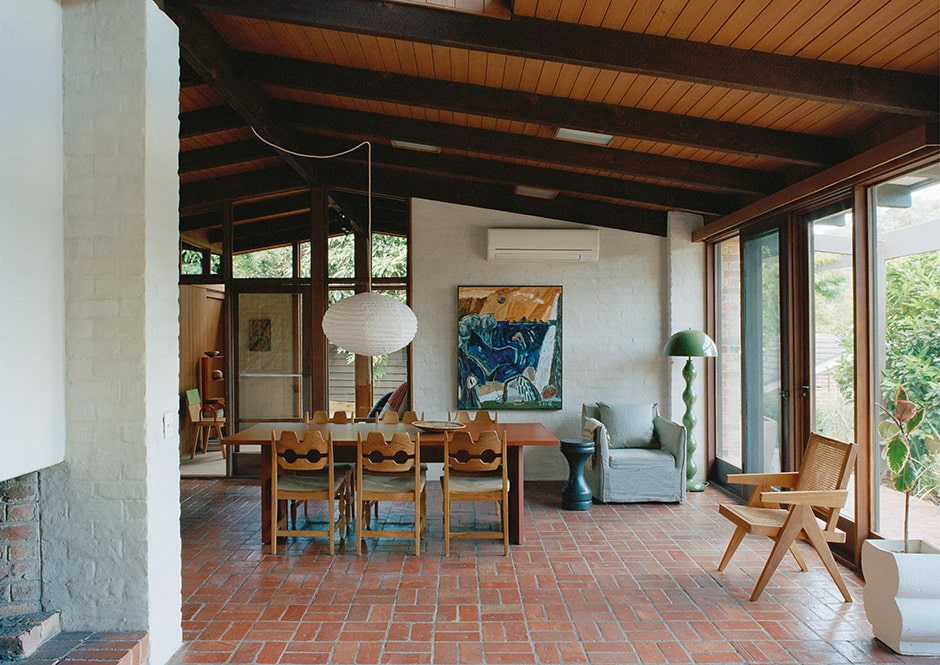 Back in the kitchen, both the Fisher & Paykel dishwasher and fridge/freezer are integrated behind cabinetry that includes battens and handles that reference Japanese carpentry, like the timberwork on the ceiling. In the hands of an expert architect and mindful owners, this renovation has stayed true to the home’s origins in myriad ways. We believe Alistair would approve.