Considering himself an architect artist, Mao Shen Chiang never repeats any work. I previously showed the beautiful by his hand. Each building grows as an individualist, yet a common trait for his work is his love for concrete. As a concrete-connaisseur, he most often opts for exposed concrete as it embodies his philosophy of making buildings last unchanged for the next century to come. True to this ideal, he has built his own home in the same material on the Yu-Guang island in Tainan surrounded by tall trees and bordering the Taiwan Strait. 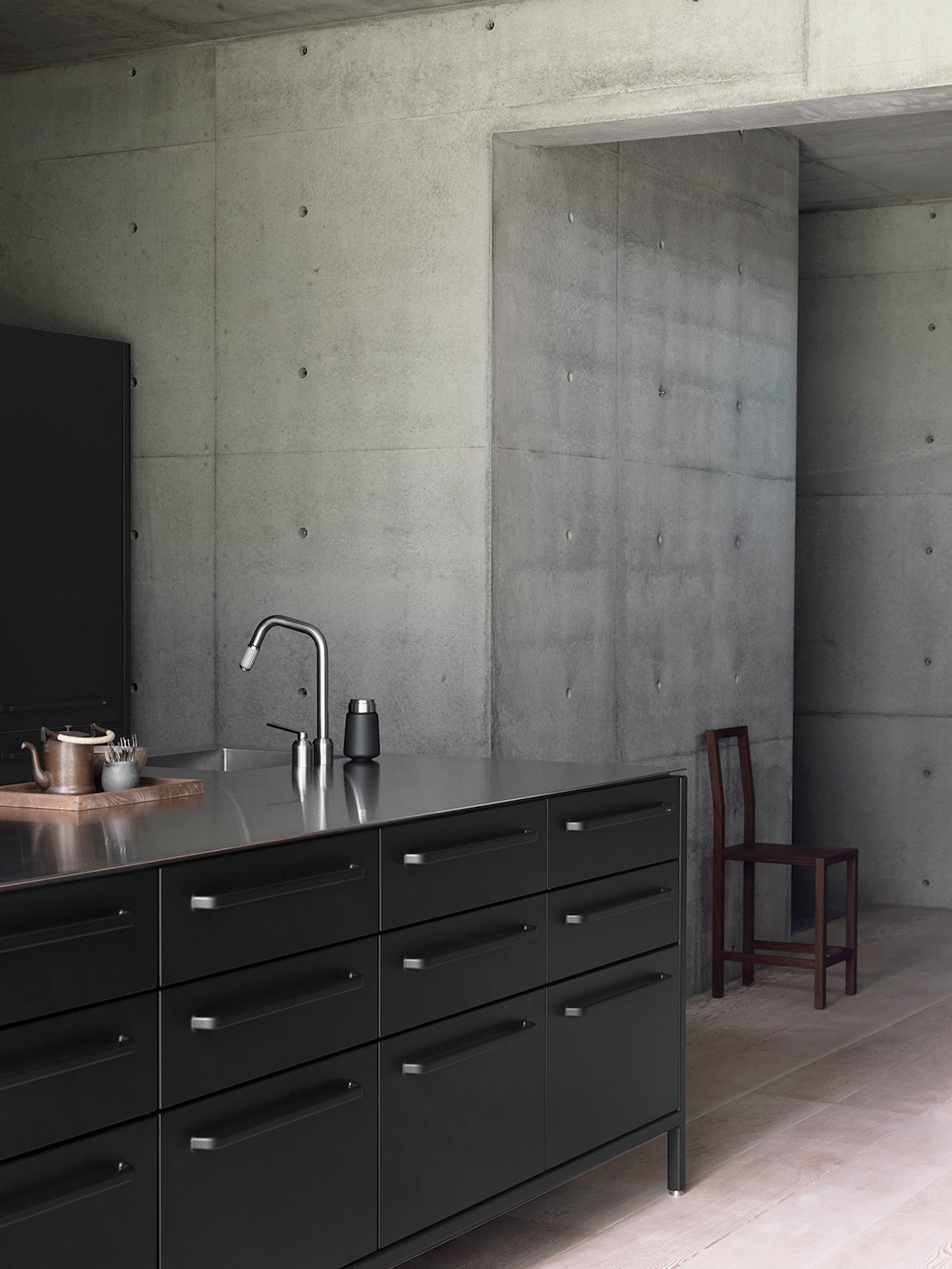 The combined dining and kitchen space occupies the ground floor of the triangle with open access to the garden. When told of the Vipp Kitchen by his daughter, Yu-Ting, he immediately decided to install a Vipp kitchen island standing in front of a Vipp wall and tall module. 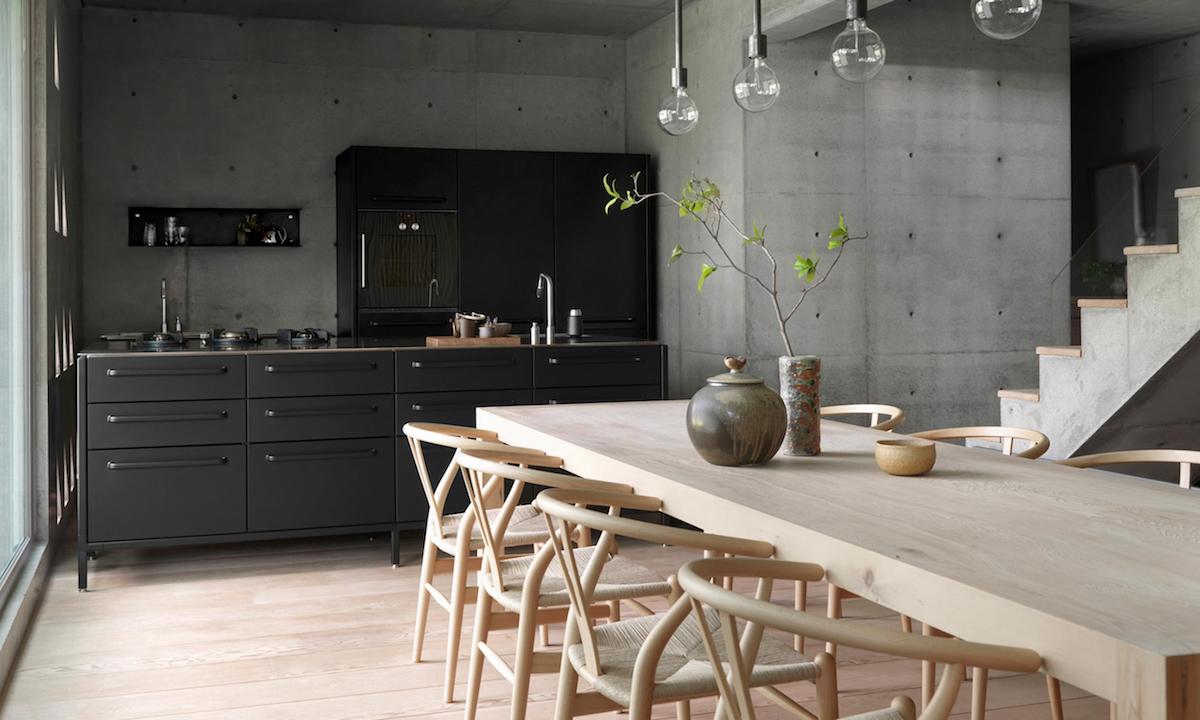 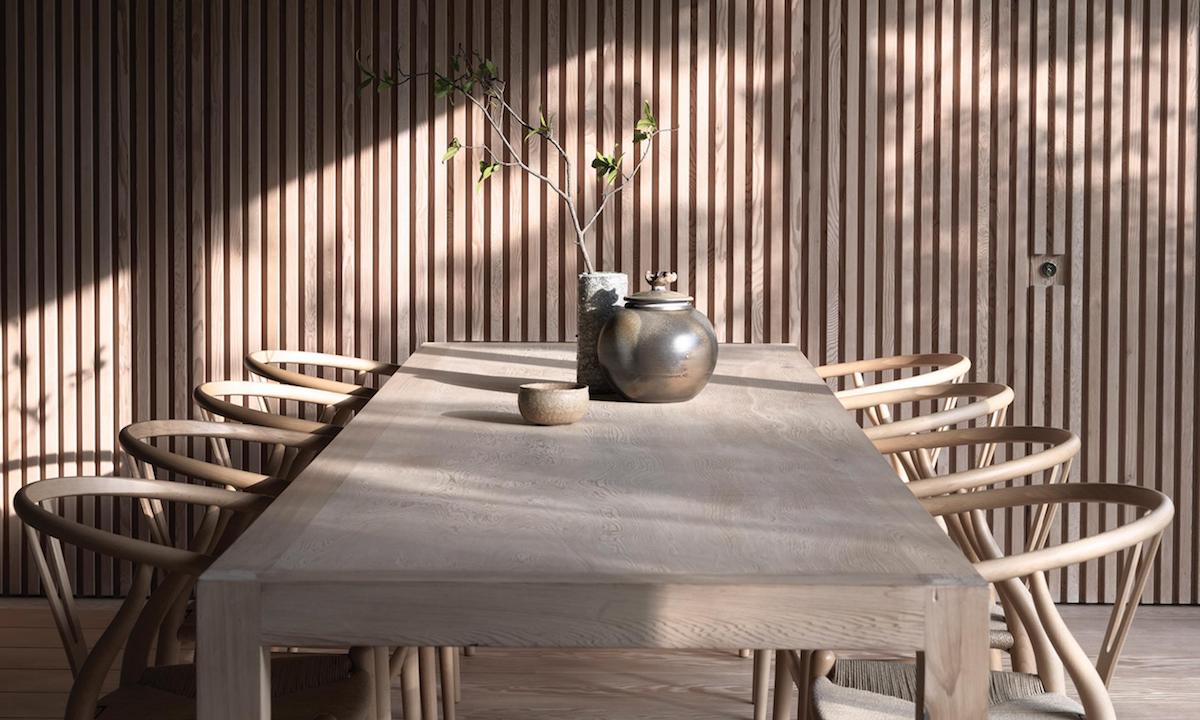 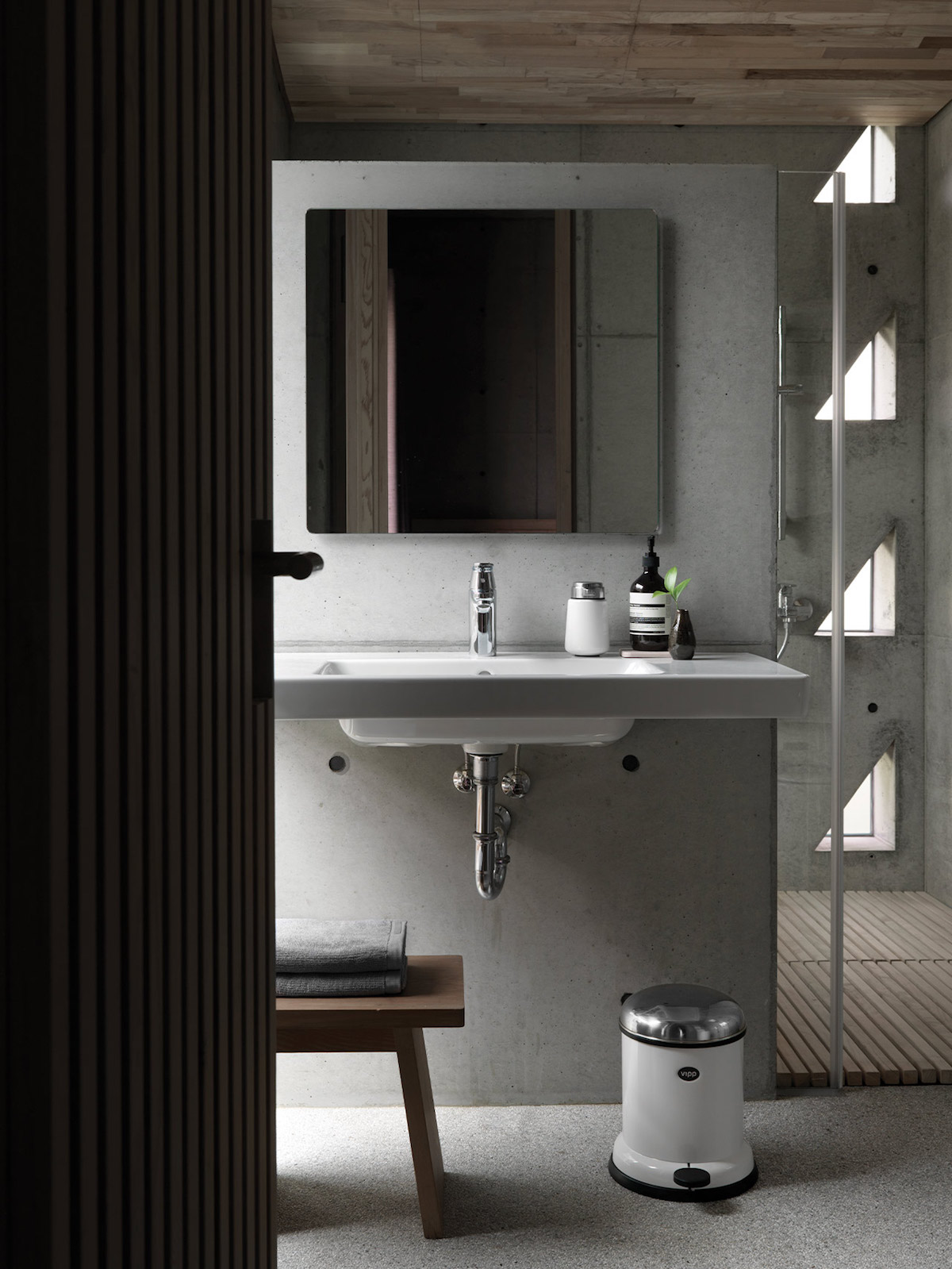 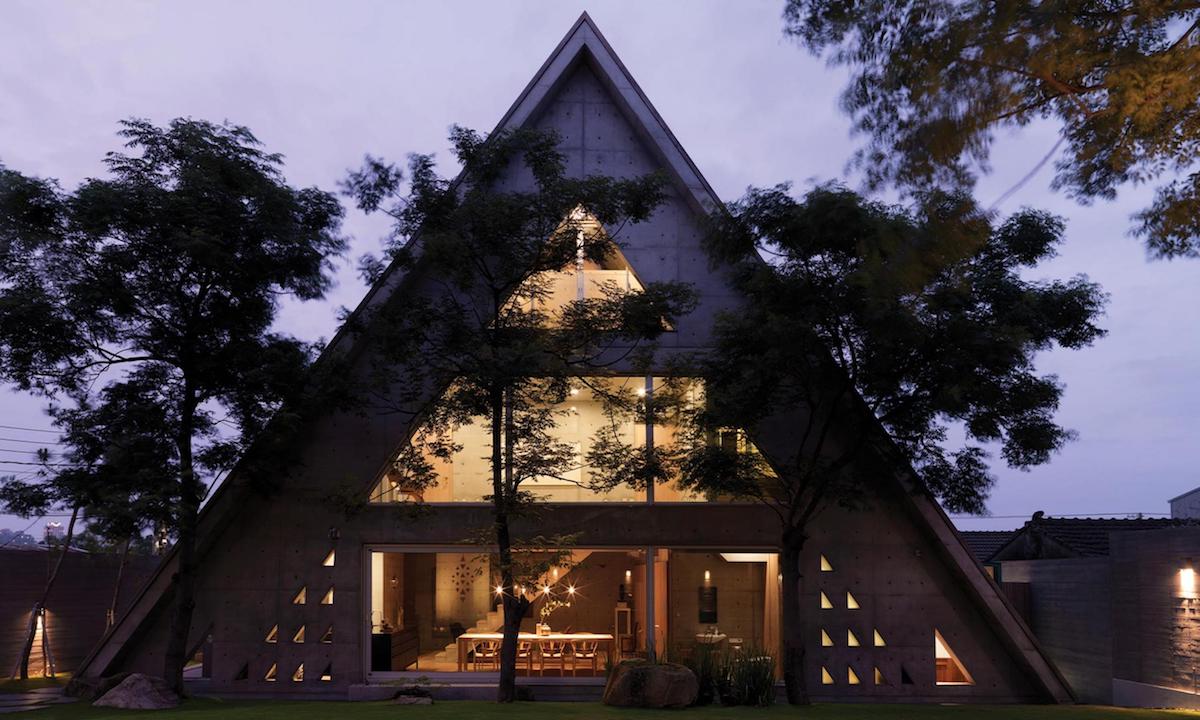