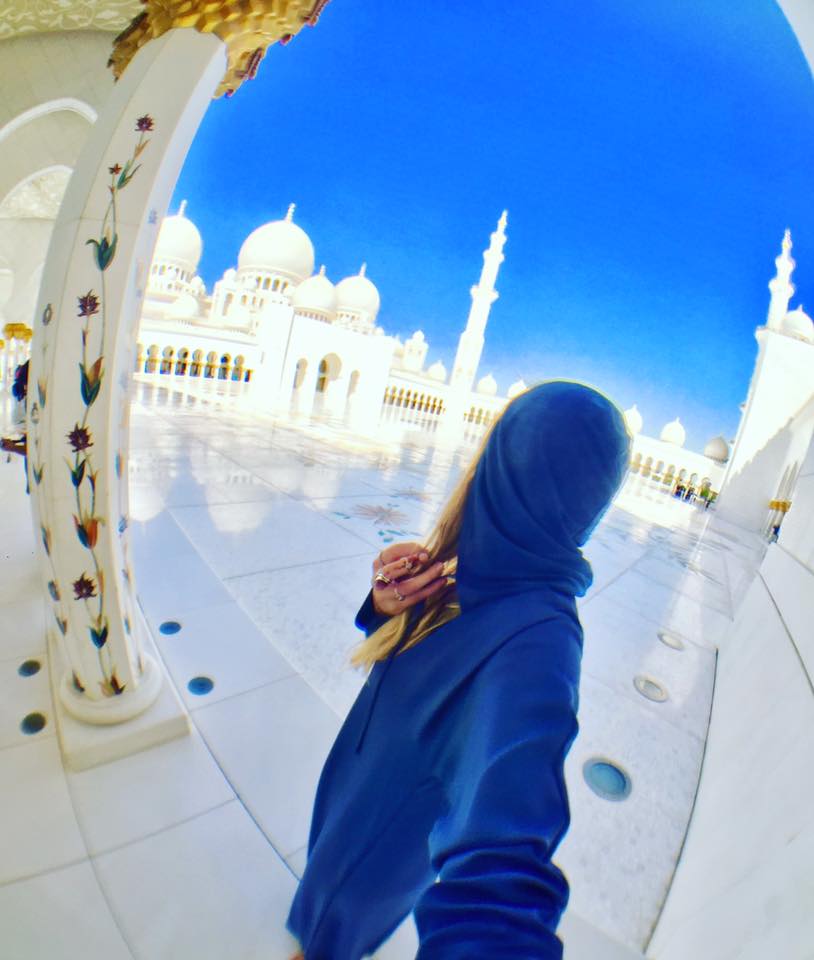 Finding my feet through all the hustle and bustle, the hypnotizing sound of the Arabic language singing in my ears, the smell of cardamom filling my nose from the streets. The sun laying on my skin like velvet.

I remember why it was so easy to for me to fall in love with the Middle East the first time.

4 years living in Saudi Arabia and travelling around the region left me with such enchanting memories. Even now, over a year after leaving, I still think about my spiritual home every day.

Waking up to the chimes of call to prayer, acclimatizing to the thick desert heat, the swaying palm trees and watching hazy sunsets transform into crescent moons. All the feelings and cultural oddities that I grew to love so much are still with me.

Here’s why I fell in love with the Middle East, and why you should too.

Of course, I am mainly talking about the mosques. Living in Saudi Arabia meant there was a mosque every 200 feet, so it was easy for me to get used to the sounds of call to prayer 5 times a day. Each one different and beautiful in their own way.

Mosques are like no other religious building I’ve visited and by far my favorite. The skylines of the Middle East are stunningly littered with an abundance of domes and minarets.

There are a few particular mosques to note.

In Oman, Muscat, the Sultan Qaboos Grand Mosque. I have never seen anything so white in all my life, or gardens so perfectly preened. The silence that hangs so effortlessly in the atmosphere feels so mystically peaceful. 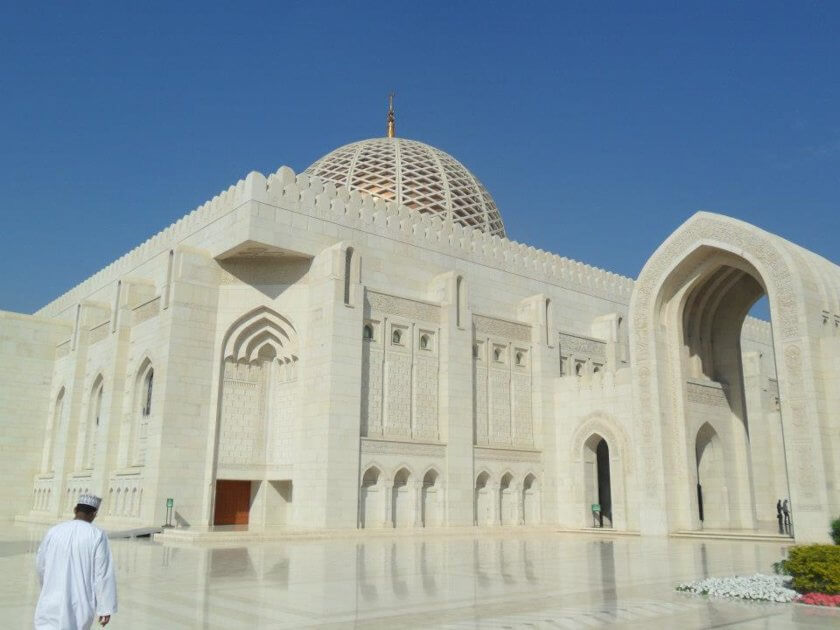 My favorite, and probably the most well-known is the Sheikh Zayed Mosque in Abu Dhabi. Largely considered one of the biggest mosques in the world, you have to visit this place to fully understand its beauty. It shines, it glistens and the flower tiles on the ground are stunningly impeccable. Try to go as soon as it opens to beat the crowds. 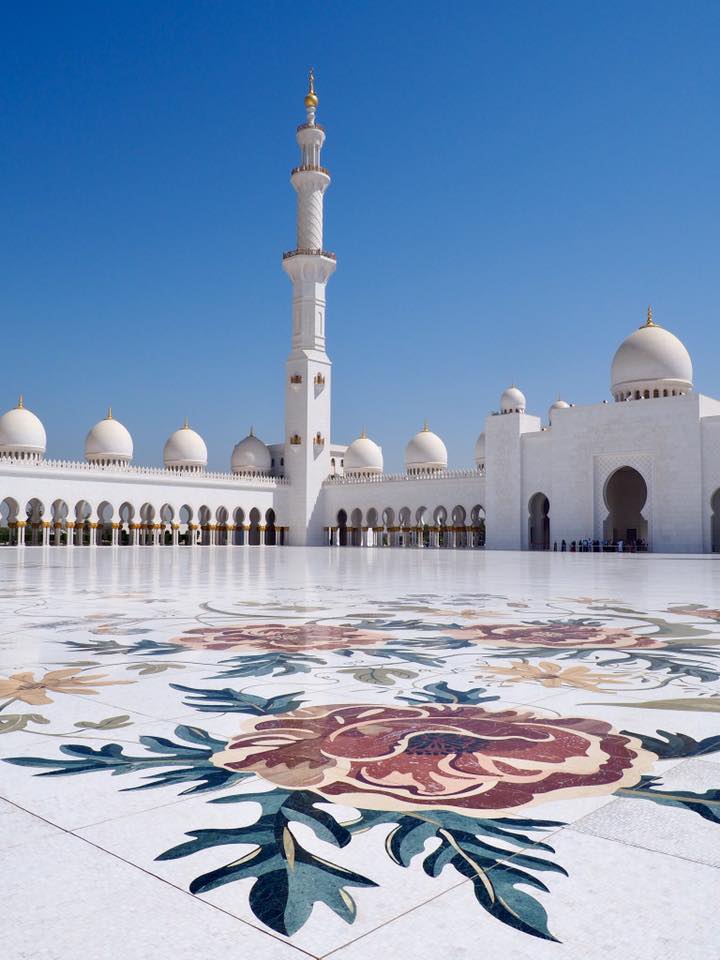 Mosques aside, the region has so many other incredible collections of architecture to share.

Take Dubai’s dazzling skyscrapers. The Burj Khalifa is still the tallest building in the world. Abu Dhabi and Qatar aren’t far behind in the impressive skyscraper stakes. If you like space-like, twinkly buildings then these skylines promise to amaze. 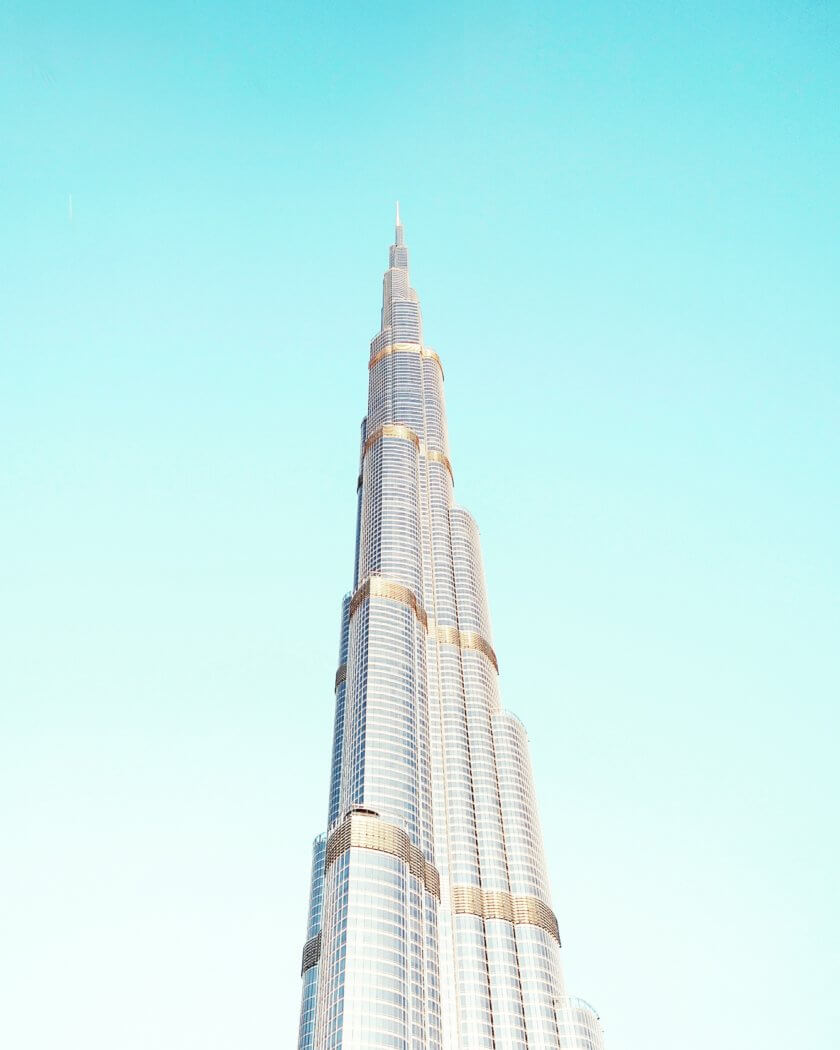 And the region’s impressive collection of cathedrals. Quite the reminder of just how diverse and eclectic the place really is. Probably the most famous is the Hagia Sophia in Istanbul. With its ground breaking history, this beautiful building has had many a different personalities. From Greek Orthodox Cathedral, to Ottomon Imperial Mosque, it was the largest cathedral in the world for well over a thousand years. 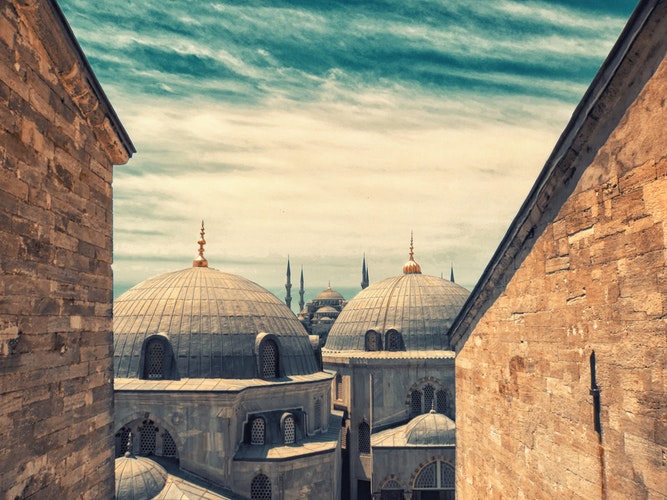 And if history is more your thing, then the UNESCO World Heritage Site that is Jeddah’s old town is full to bursting with traditional architectural treats. The buildings here offer a real insight into a time gone by, with impressive Roshan buildings inside part of the city that was once walled. 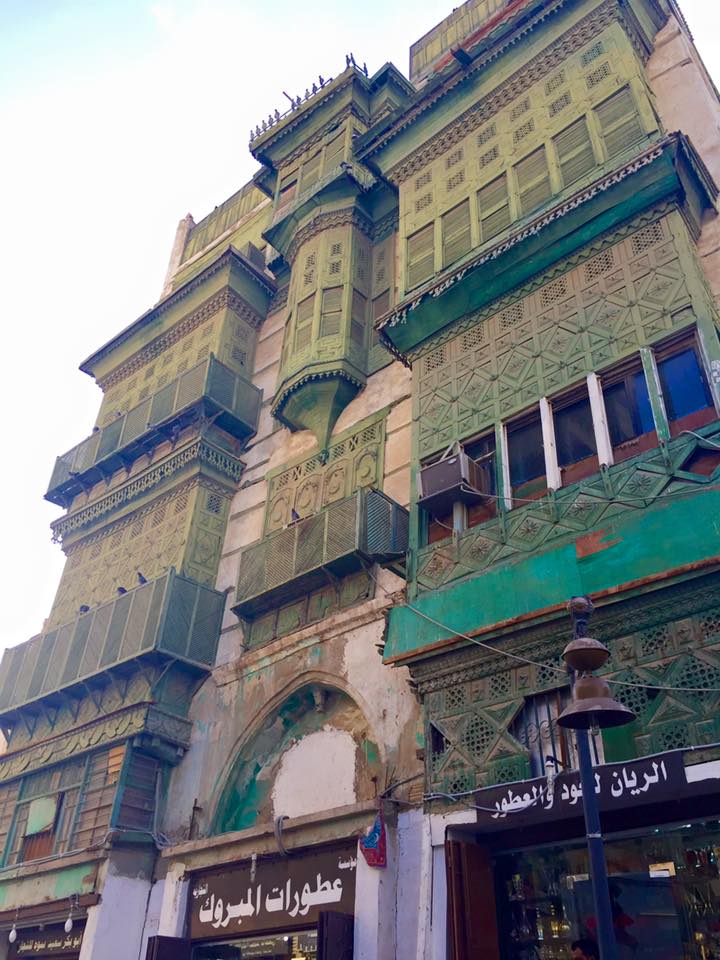 One of my favorite things about the Middle East is the food. Now a globally recognized cuisine, you have not truly sampled Middle Eastern delights until you’ve been there. 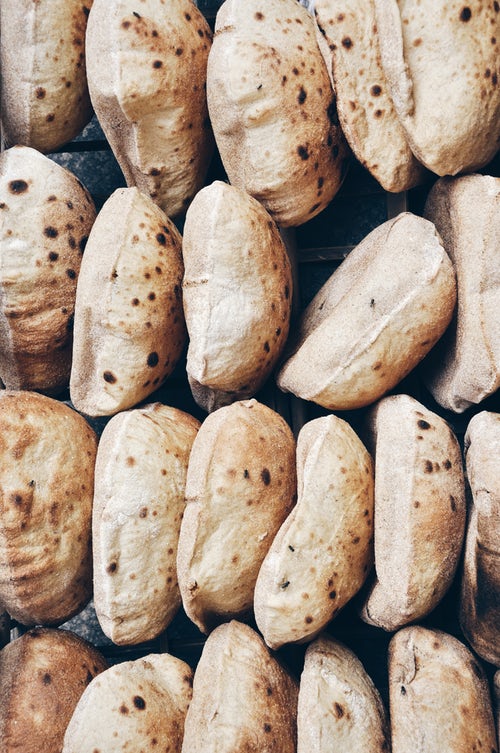 Hummus- The pride and joy of Middle Eastern cuisine- Enjoyed all over the region, this chickpea and tahini dish is my favorite. Any hummus you have outside the Middle East will no longer satisfy the craving. Trust me.

Falafel in Jordan- This amazing fried chick pea treat is also storming the western world right now. But trust me, no falafel will ever be as good as that in Jordan. Enjoyed on its own, with hummus and/or tabbouleh or squashed into a fresh, warm bread. Yummy!

Baba Ganoush in Dubai- If you love aubergines you’re going to love this dish. Often eaten with fattoush (Arabic salad) or as a dip. Ideal when you’ve had too much hummus!

Dolma in Istanbul- Little wrapped parcels of heavenly stuffed vine leaves. Sometimes these will have lamb inside.

Manakeesh in Lebanon- Seriously the best manakeesh I’ve ever devoured was in Beirut. It’s also the food that I found the strangest at first. Mainly because it’s kind of like a pizza and often eaten for breakfast. Usually topped with cheese, lamb or zaatar.

And don’t even get me started on the locally grown dates and the Arabic cardamom laced coffee. 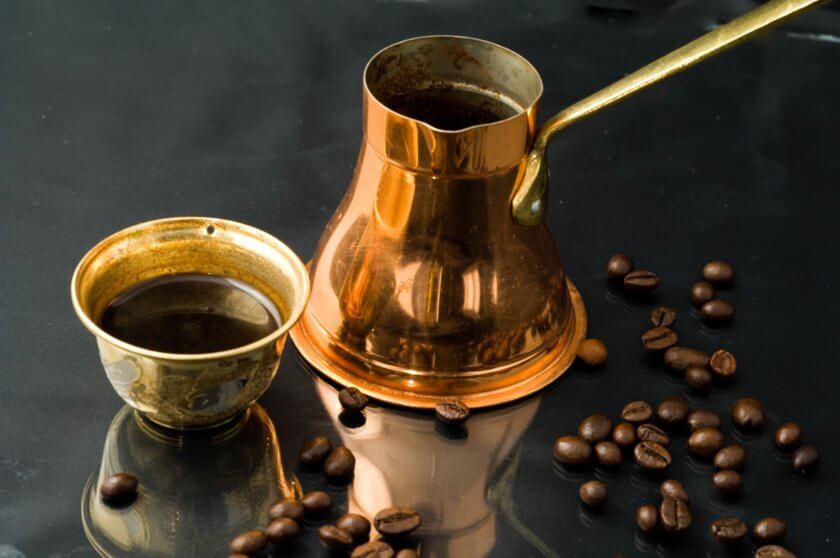 The Scenery and Nature

The Middle East isn’t just about high-rise buildings and shopping malls. The region actually has some of the most out of this world scenery you could wish to experience. 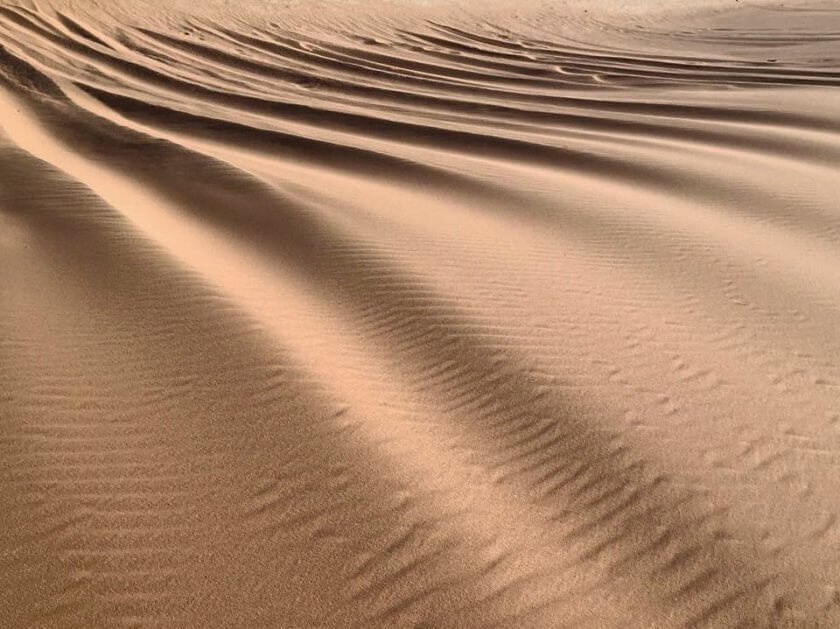 From ‘Edge of the World’ stone formations in Saudi Arabia, to the rolling sand dunes of Wadi Rum in Jordan. The region really doesn’t disappoint when it comes to stunning scenery. 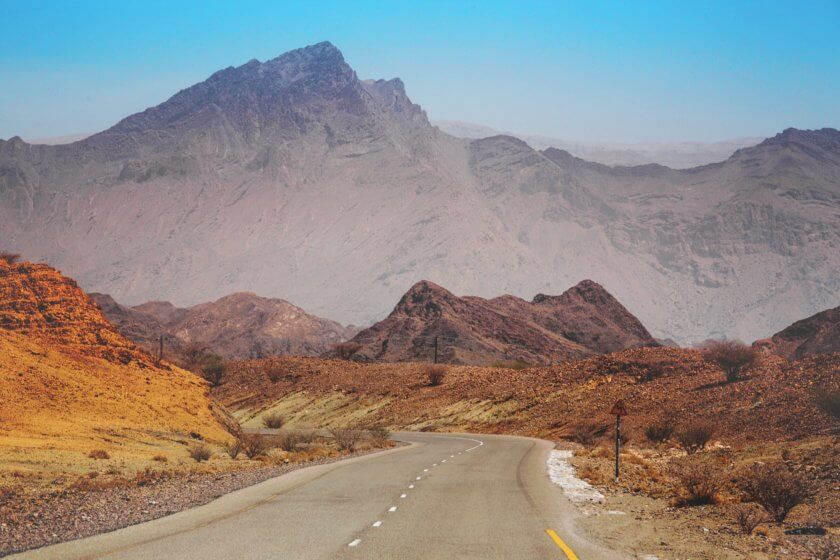 Oman is full of surprises. Home to turtles on the coast and mountains that offer some of the best hiking opportunities in the Middle East. 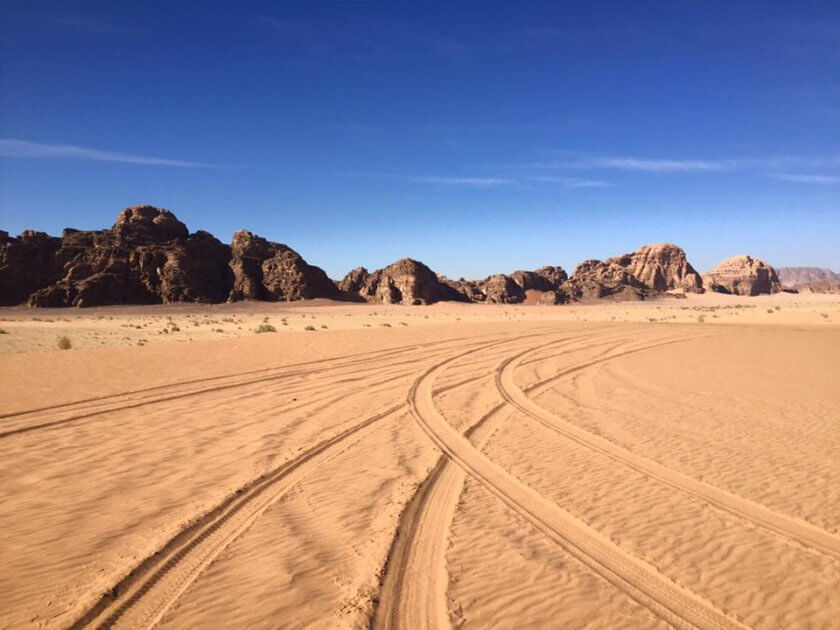 It’s true that the harsh sun and dry atmosphere have formed some strangely beautiful sandy and hazy environments. Perfect for camel spotting. From the remote land of the desert, to busy highways, the camels are everywhere! 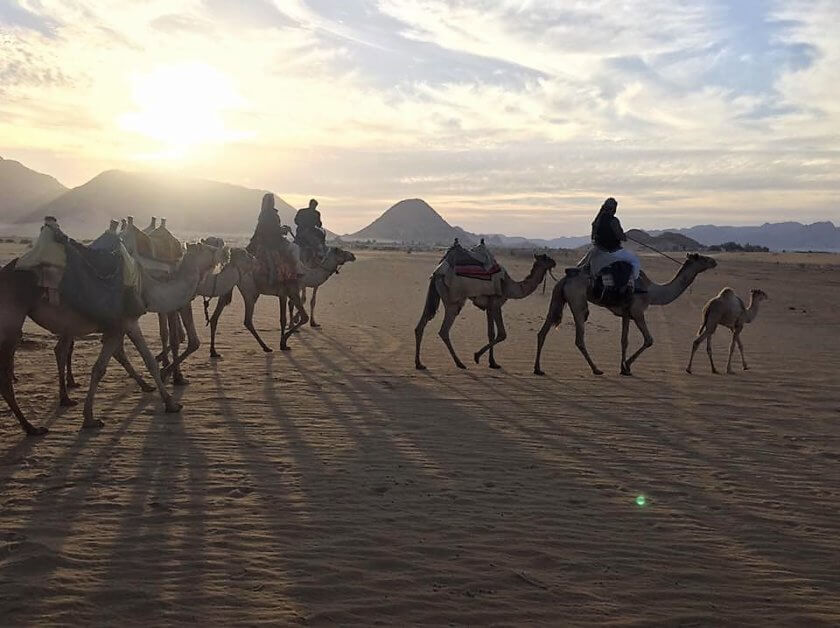 Let’s not forget the Red Sea. Diving and snorkeling opportunities are some of the best in the world. From Dahab in Egypt to the more secluded seas of off shore Jeddah, the Red Sea has some of the most unspoiled sea life and coral in the word. 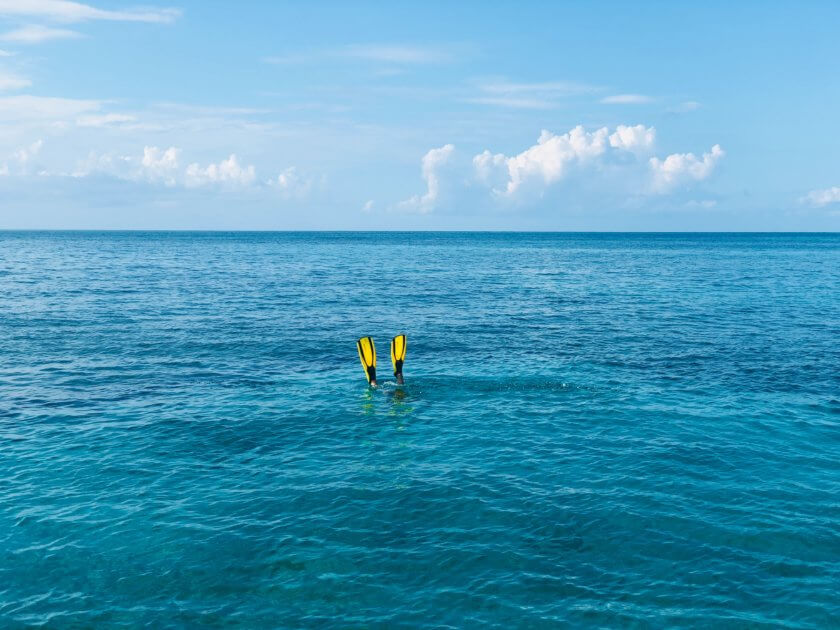 My single, most favorite place in the world is nestled in Jordan. The breath-taking Wonder of the World that is Petra is truly the gem of the Middle East. Now a thriving tourist spot, way back in 400 b.c Petra was the capital of the Nabateon empire and a bustling trade center. Mind blowingly carved into cliff sides and nestled among magical stone hills. Don’t leave Jordan without a visit to Petra’s famous Treasury and Monastery. It will give you goose bumps. I assure you. 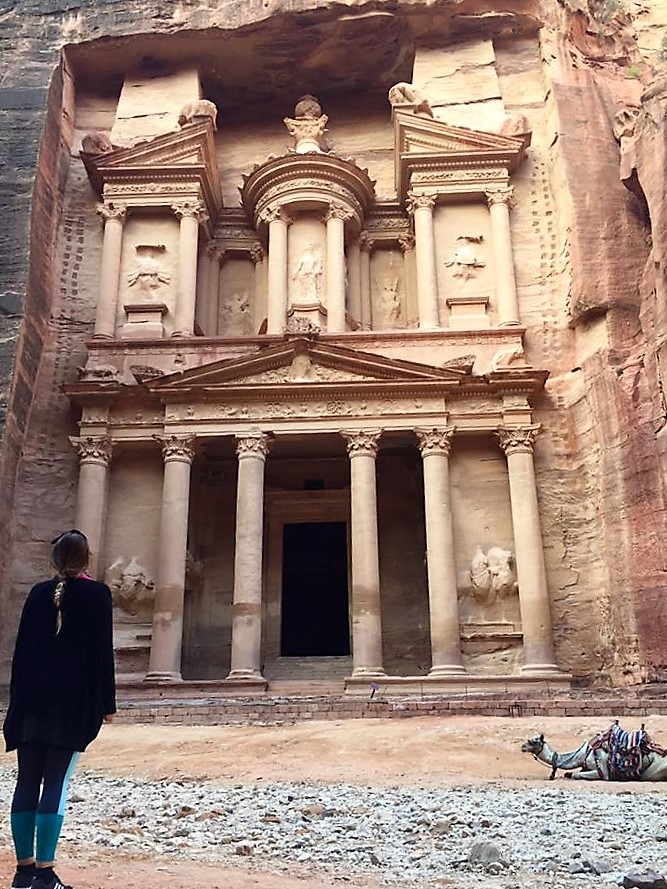 Interestingly, there’s a little-known second settlement of the Nabateon Kingdom.  Located in the Al Madinah region of Saudi Arabia, it’s totally untouched by tourism. You can get so close that you can touch and even climb the impressive carved cliff faces, although I’m sure soon this will be (should be) discouraged. 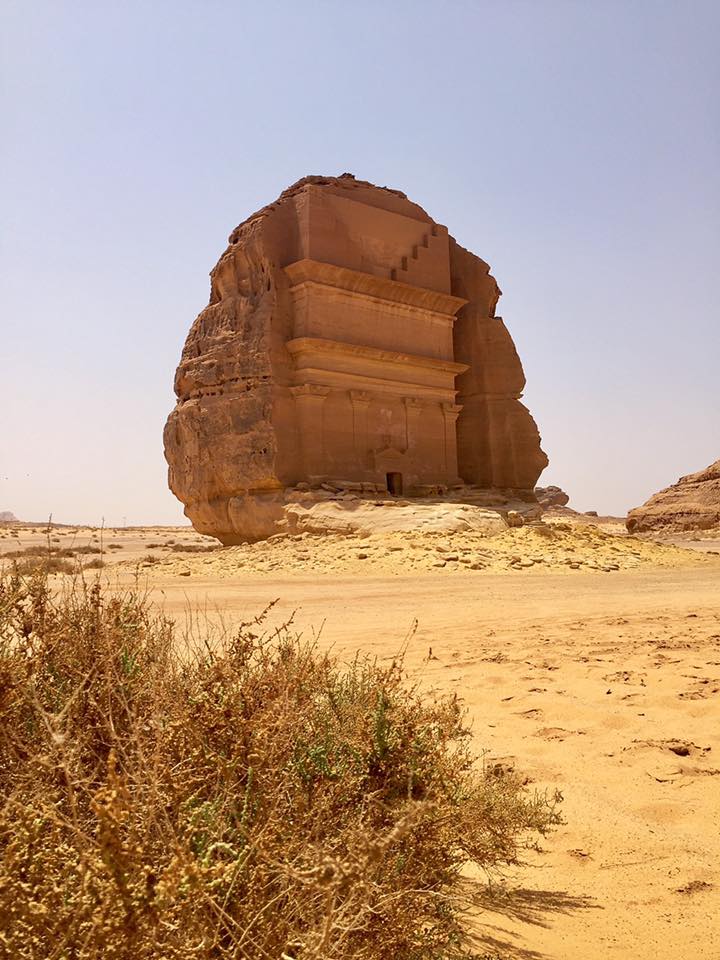 The People and The Culture

Despite what you hear in mainstream media, the culture of the Middle East is one of peace and hospitality.

The main religion is Islam. Some regions are solely Islamic, other regions are extremely diverse. In fact, the Middle East is a tremendously diverse part of the world, and no one country in the region is the same as the next. 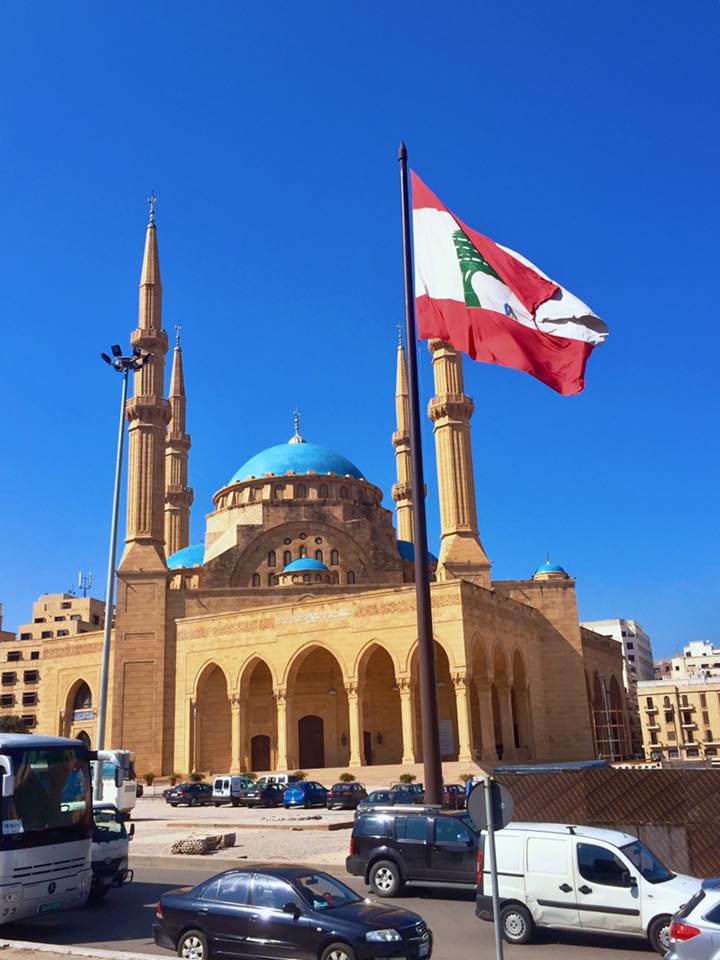 The Middle East is more conservative than western parts of the world. This means we should be thoughtful about the clothes we wear and cover our shoulders and knees when out in public. It’s interesting to note that some Islamic women choose to cover their hair, some cover their face, and some cover neither. This is usually their own decision and it isn’t fair to assume they have been forced to do so. It is sensible to carry a scarf with you, especially if you’re planning to visit mosques or places of religious interest. 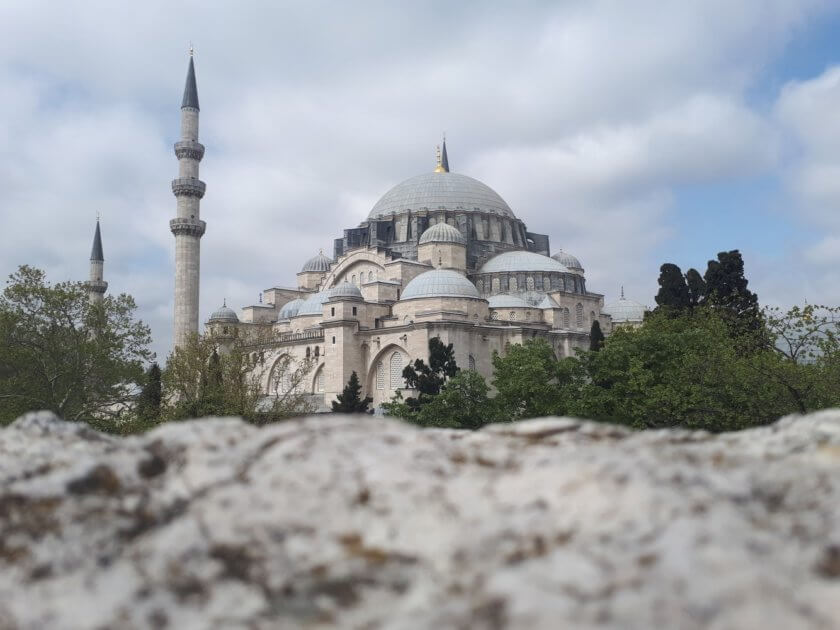 Eating and drinking together is considered sacred and your host will never stop offering you food, tea and coffee. This is standard Arabian hospitality. If you get invited for tea, plan to be there a long time! 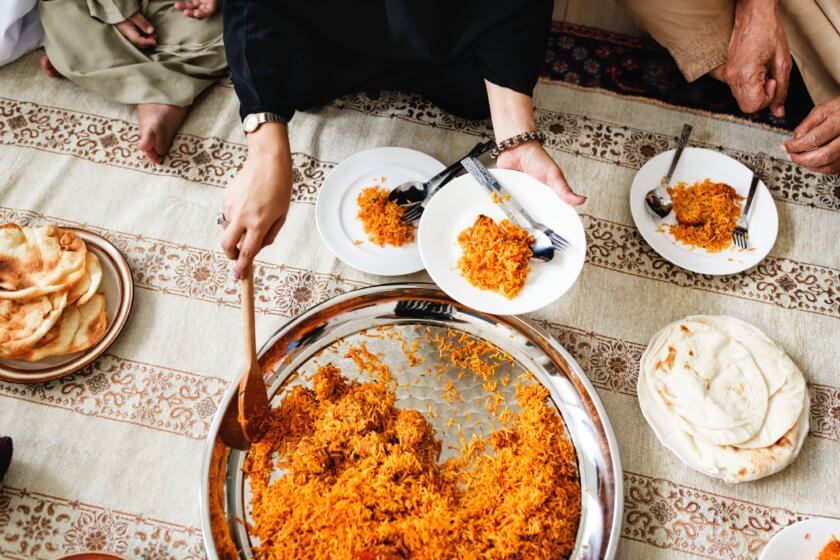 I have never traveled anywhere in the Middle East where I have felt unsafe. In my experience Arabs are friendly, sometimes curious and insanely hospitable. 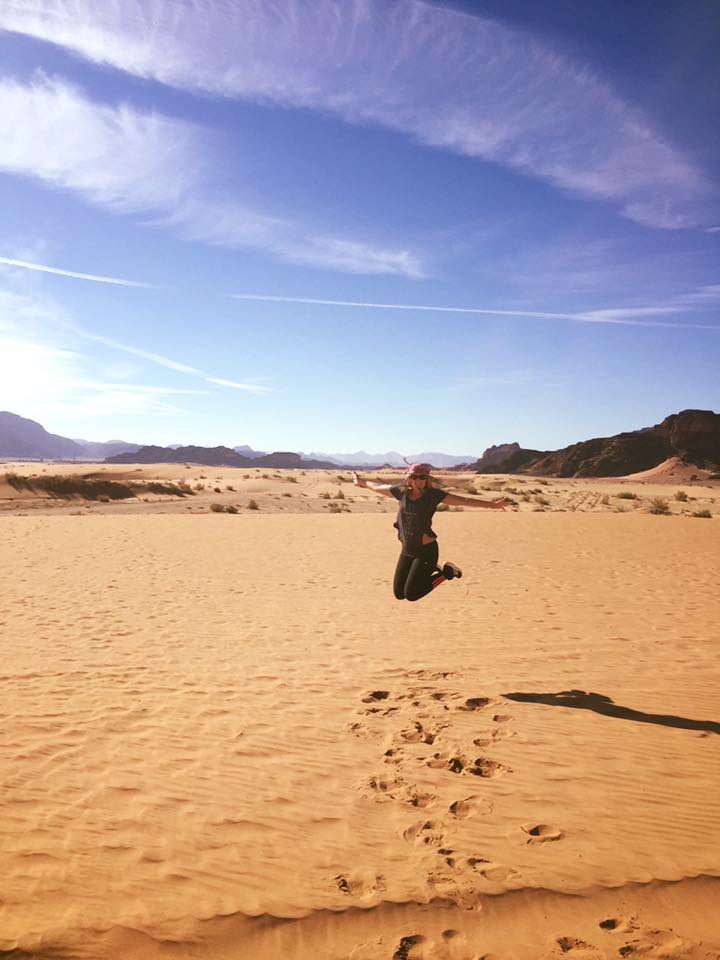 With all this mind, I think it’s fair to say that I’m still completely absorbed with the magic of the Middle East and all that this magnificent place has to offer.

Maybe if you give it a chance, you will be too.