Our England Bucket List: The Most Beautiful Places in England


Home to David Beckham, fish & chips, Big Ben, and The Beatles, England is a small but historically rich and naturally diverse country. Don’t let the size fool you – there are countless things to do and see while traveling through England. While it’s hard to narrow down our top picks, the following spots should definitely be included on your travel bucket list.

Oxford, the ‘City of Dreaming Spires’

As one of the world’s most famous university towns, the city is culturally and ethnically diverse yet connected on the basis of the ‘ way’ of doing things. The city feels young, in large part due to the 21,000 students, yet at the same time medieval and rich in history. With the honey-toned sandstone buildings and the gothic architecture, the sights will have you constantly oohing and ahhing and snapping photos, all while feeling like British royalty.

The city exudes culture and class, noted in the sharp, academic style of its population. There’s a formality and elegance in how things are done ; from intellectual garden parties, to wine and cheese soirees, to marmalade on toast breakfasts. One can walk, talk and eat where people like Albert Einstein, Oscar Wilde, Harry Potter have done so before.

With five areas that are officially considered, ‘Areas of Outstanding Natural Beauty,” Devon is the place to be for people who enjoy the living world. Bounded by two breathtaking coastlines and filled with lush, magnificent green countryside, there is no shortage here of outdoor activities and spectacular sights. While most famous for its picturesque views, Devonshire is diverse enough to appeal to any type of traveler. There are many museums and historical buildings to visit; of course stopping for Devonshire tea and scones along the way.

Additionally, Devon is home to the infamous English Riviera, equipped with beautiful beaches, delicious cafes and restaurants, elegant resorts and , and ultimately anything one would require for a fabulous holiday.

Just a little over an hour’s drive from Devon by way of the Jurassic Coast, the actual journey to Dorset certainly adds to its appeal. The Jurassic Coast World Heritage Site is 95 miles of coastline and potentially the most beautiful thing you’ll ever see. As the name might hint at, the Jurassic Coast dates back over 185 million years and is famous for its abundance of prehistoric fossils.

Spend the day thinking about Tyrannosaurus rex and then the evening overlooking the English Channel from one of Dorset’s many luxurious , all nestled in between many fairy-tale castles and millionaire mansions.

Surrounded by the English Channel, the Isle of Wight is England’s second most populated island and only a two-hour ferry ride from London (although a commercial hovercraft can also get you there!). The island boasts multiple tourist-y attractions like beaches, theme parks, museums, and galleries.

If live music is your thing, check out the annual Isle of Wight Festival. The festival began in the 1960’s during the counterculture movement and today features top musical talents from all over the world.

As one of the seven Wonders of the World, who hasn’t heard of this prehistoric monument? Over one million people visit each year, each walking around the Stone Circle that was constructed around 3100 BCE. There’s a 6,500 acre Stonehenge World Heritage site that is equipped with walking trails and allows guests to contemplate their ancestry and feel inspired by the feats of unique engineering and design.

After seeing the monument, many visitors stay to take a peek at the 4,500-year-old Neolithic houses, then grab a Stonehenge rock cake from the café or a green ale from the Stonehenge microbrewery.

Encompassing almost 800 square miles, is another one of England’s Areas of Outstanding Natural Beauty. The rolling hills and quintessential English villages (think: castles and country cottages) make for a wonderful place to explore. There are over 3,000 miles of footpaths leading wanderers through meadows of wildflowers, ancient forests, classic English gardens, and lakeside beaches.

For someone seeking a cliché British holiday, much of Downton Abbey was filmed within multiple Cotswolds village and traipsing through English manors will have you pretending that you’re an aristocrat.

But there are other as well!

Lake District (what the locals call )

Like the romantic poets of the nineteenth century, you too, will feel inspired by the deep blue lakes contrasted with the rolling green hills and gray craggy mountaintops. Beatrix Potter, William Wordsworth, and Alfred Wainwright have all revered the , drawing upon its views for their literary works. England’s biggest lakes and tallest mountains are located here and millions of people visit each year to lose themselves in all their splendour.

A brief word of advice though; locals report that experiencing all the seasons in one day is common, so prepare for all types of weather.

Founded in 1759 by Princess Augusta, the gardens are now ’s largest UNESCO World Heritage Site and are considered to be the best botanic garden globally. Kew grows over 30,000 different kinds of plants and 14,000 trees. For individuals into conservation, the Kew Gardens are doing their part to preserve a variety of plant species and the location is home to the Millennium Seed Bank Project.

On site, there’s also a Palm House, a Waterlily House, a palace, and Fungarium with over a million dried specimens. Oh, and for the child in all of us, there’s a treetop walk, giving guests a birds-eye view of the breathtaking gardens.

Which ones would you add? 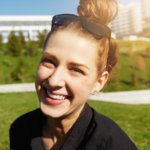 Sara is a travel enthusiast who has traveled to many countries right around the world. She currently works for  and loves to write about her travels as she experiences them. She is currently working on her next travel adventure to Japan and hopes to see the whole world in her lifetime.