Known for embracing colour in their work, have transformed a 19th century office space into a family home, applying a stunning palette throughout. 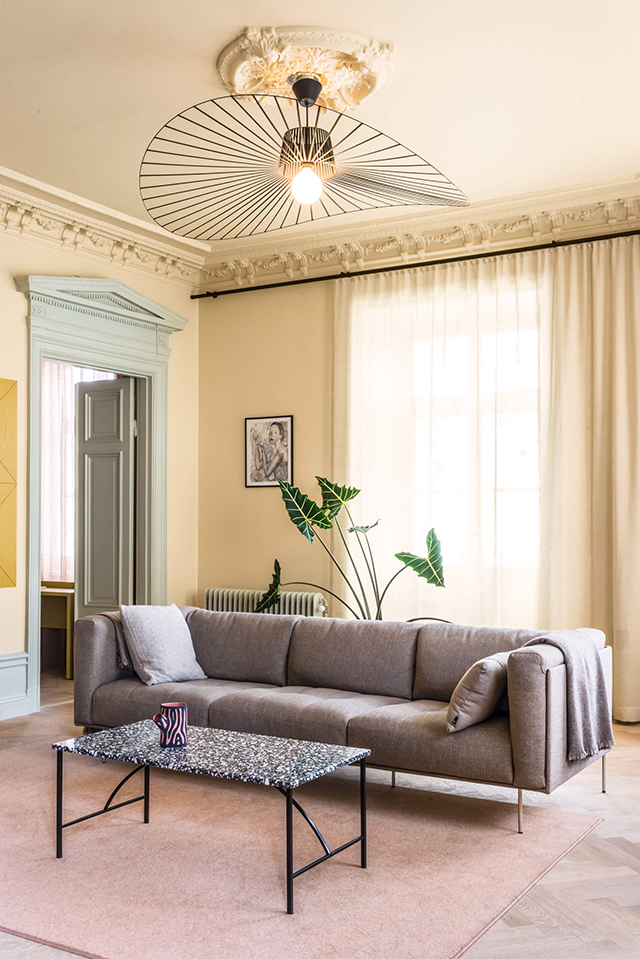 Formerly the head office of a fashion brand, located in the centre of Stockholm, there were traces of 19th century splendour including worn wood floors and ornaments in the form of stucco and carpentry. However all these beautiful, old characteristics were painted in thick layers of white with modern spotlights in all ceilings, which reinforced the feeling of an impersonal office.

During this process,  found three old tiled ovens, one green, one pink and one a yellowish white. Behind a wall that was torn down to access the old piping, they found original 19th century paint on a door frame. Painted in a mustard yellow tint, they noted how this powerful hue suddenly illuminated the entire white space. Using this existing colour scale,  added new tones, which worked as a bridge between the powerful original hues. The result? A harmonious but rich colour experience that, incredibly, originated from the hidden traces of the old apartment. 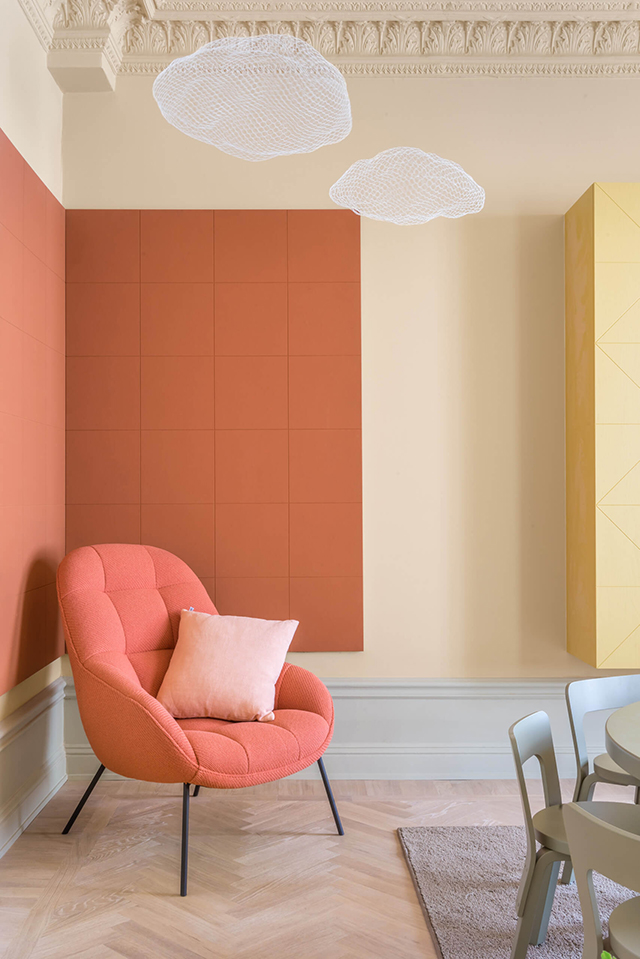 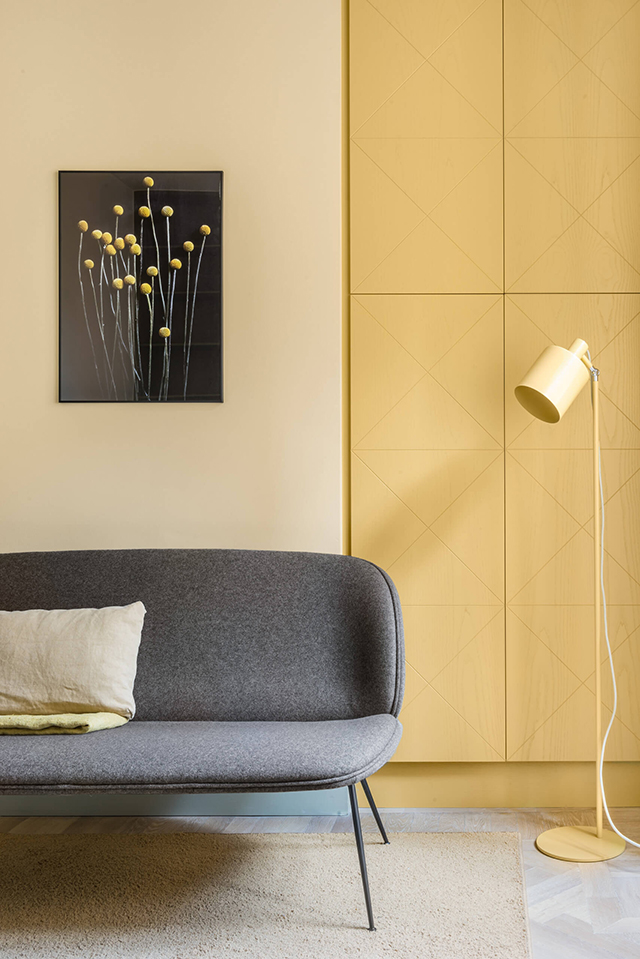 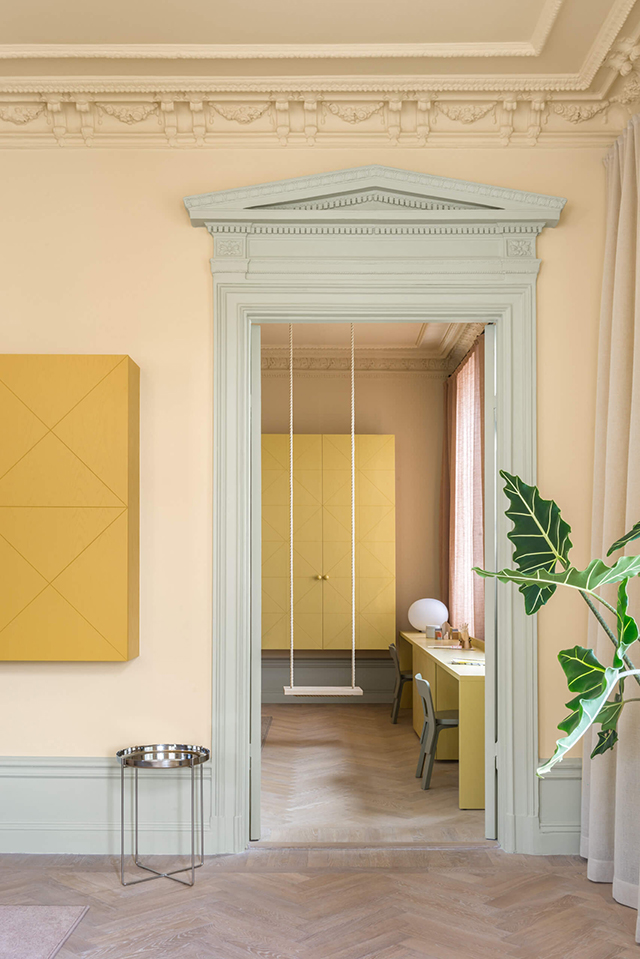 Do you notice the subtle patterning of crossing lines in squares on the walls? This veneered surface was taken from a beautiful patterning in the original parquet in one of the corner rooms of the apartment. Much care was taken to prevent disturbing the original features. New elements were placed between the old ornaments, while all cabinets designed for the apartment hover on the walls between base boards and stucco or are free sanding on the floors. 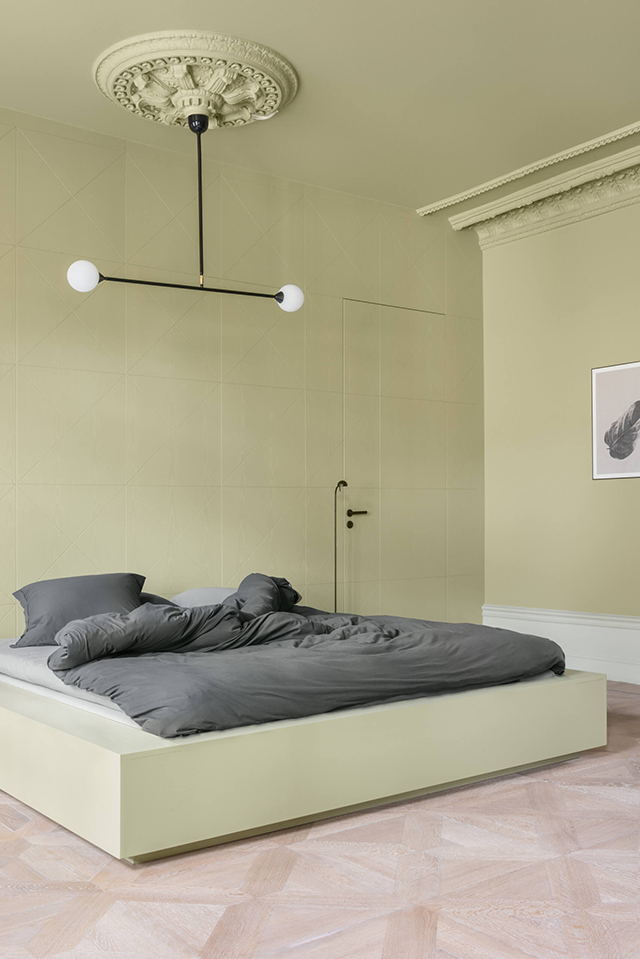 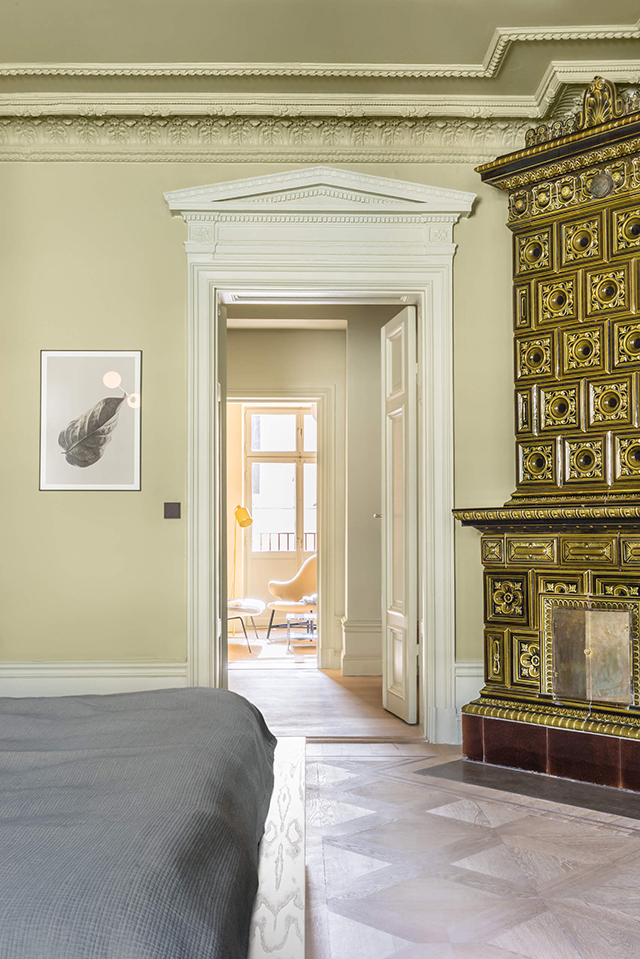 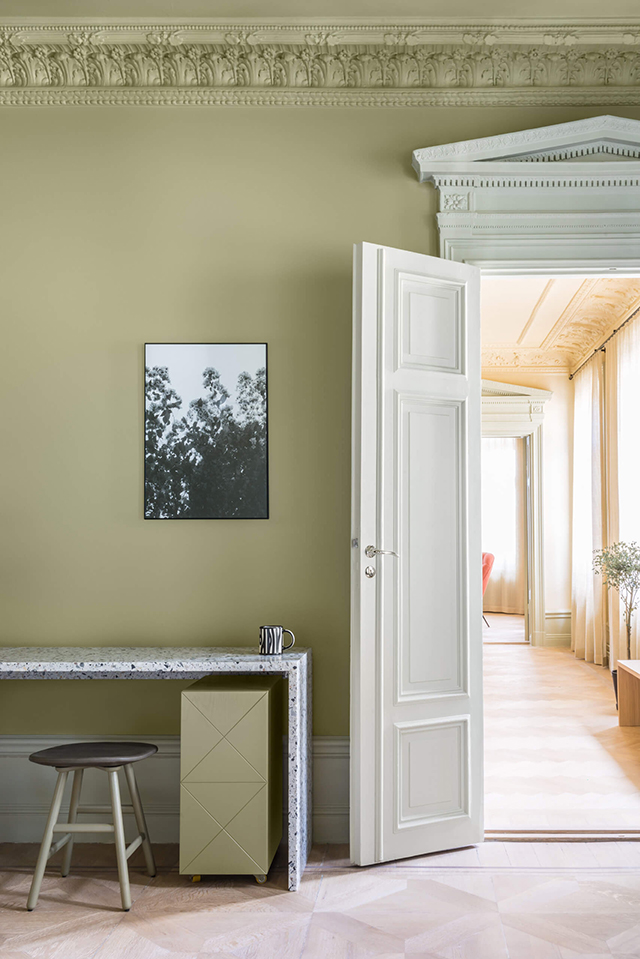 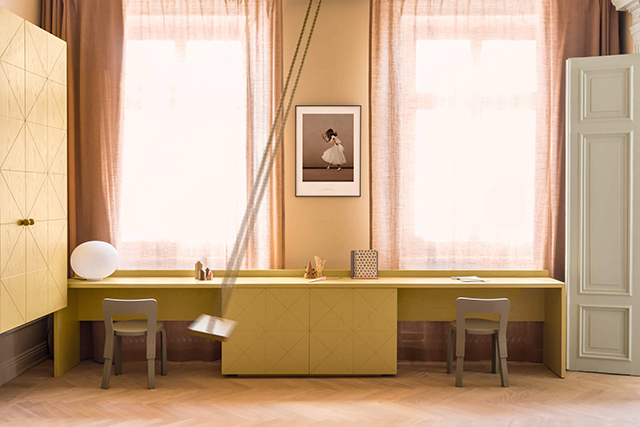 What a gorgeous kids room! Seen the entire project .