As you know, we have started introducing you to our favorite traveling couples and decided to make this a series. Next up in our spotlight are Ayesha and Gavin of the wonderful blog “”; a couple with an addiction to one-way flights and a never-ending desire to explore the world, always with a camera in hand. 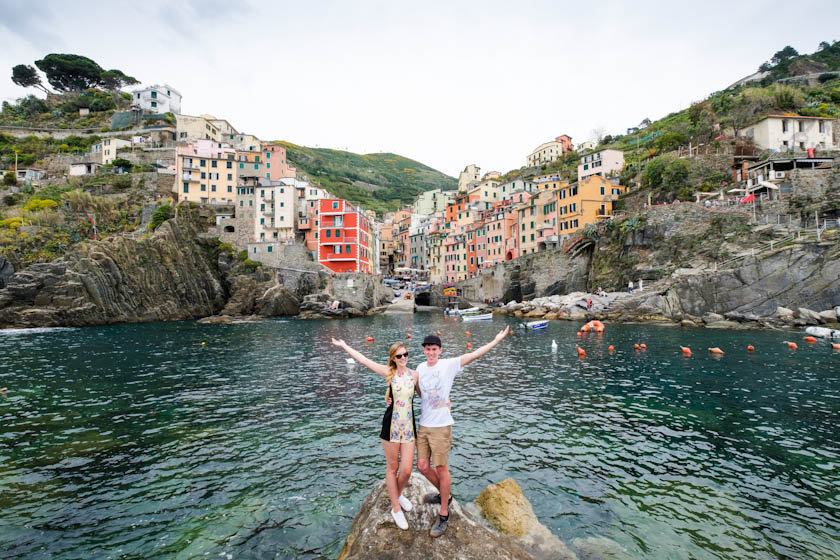 Ayesha and Gavin: The Australian photographers

“It all began at a party on a farm,” recalls Ayesha when I first ask her how she first met Gavin. “We both grew up in the same small town in rural Western Australia but at two years apart, we had never bumped into each other although we had gone to the same high school and worked at the same supermarket (with a population of only 7000, don’t ask us how!),” When they finally got to know each other, Gavin immediately fell for her. “I spent a month fobbing him off – telling him I was moving to the city to start university in just a few months so it would never work” she remembers. “He showered me with flowers and gifts delivered to my workplace and I finally caved – less than a year later we moved in together in Perth and now almost nine years later we’re photographing our way around the globe.”

When Ayesha graduated from college, they went on their first trip together to Singapore. But they only started becoming really addicted to travel when they flew to Vietnam, a year later.  “Between the night trains and floating markets, it was a complete culture shock and we loved it” Ayesha admits. In 2013, they boarded a plane with a one-way ticket to Canada via two months through Japan and the USA. “We’ve never been the same since”, they confess. There, in Vancouver, LENSES&LOCALS came to life.  “We had thousands of photos that we’d taken through Japan, America and Canada, and we weren’t doing anything with them! We also thought we’d love to share our experiences and help others to realize that they didn’t have to live the traditional life that we’re all often raised to believe in. We both had hesitations about quitting our jobs and moving to the other side of the world to somewhere we had never even visited before – we had what we call ‘the fear’ – but we took that leap and realized it wasn’t anywhere near as scary as we expected. We wanted to inspire others to push the boundaries and take a chance, and we also didn’t want to return to the traditional 9-5 ourselves.” 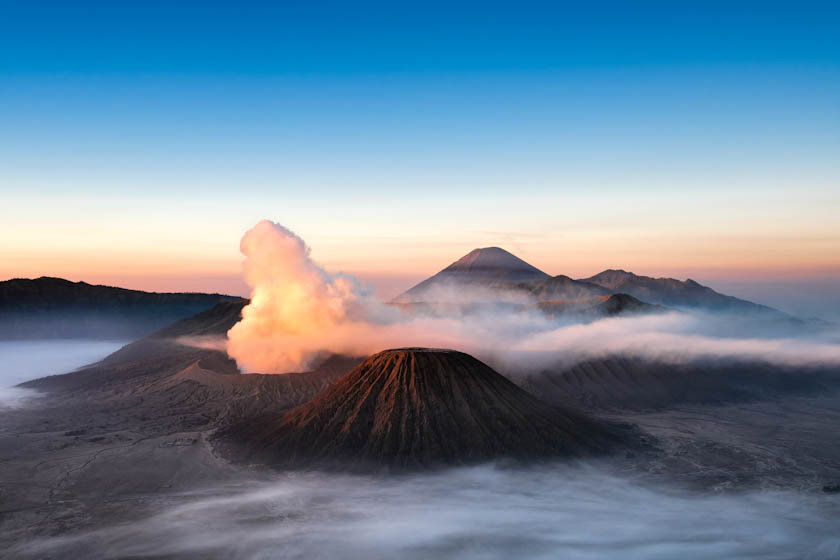 Ayesha and Gavin immediately made a perfect team. “I have always enjoyed writing and I’m a graphic designer” says Ayesha. “Plus, we both had years of experience in photography and freelancing, so it just seemed to make sense. We spent days brainstorming names and writing down anything that came to mind – we knew we wanted to encompass both photography and travel and LENSES&LOCALS was it. As soon as we put those two words together we knew we’d found it – it had a ring to it but wasn’t too specifically heavy on either travel or photography, and gave us room to evolve. It wasn’t until a year later that we actually decided to put the blog into action and we still loved the name so we knew LENSES&LOCALS was the one.” 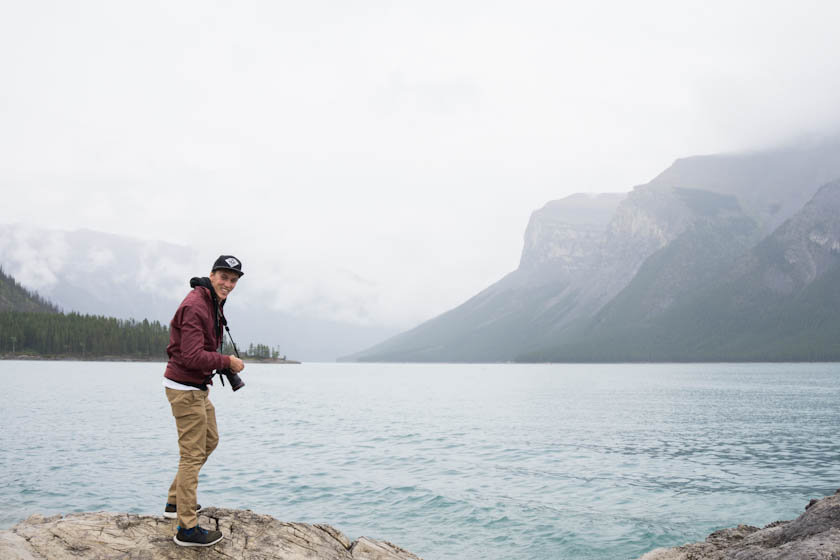 But people usually tend to forget that blogging is actually a lot of work. “We spent a good chunk of 2015 working late nights and early mornings learning how to develop a website, researching into the world of blogging, and creating content” they recall. “I write the majority of the posts and Gavin has the patience to take those beautiful landscape shots, so most of the photographs are his” says Ayesha. “LENSES&LOCALS was officially launched in October 2015 – we’re just one year young!” Now, the blog has become their full time job: “We live and breathe the blog from the moment we wake to the moment we fall asleep (and sometimes even then!). We are very passionate about making it a space that inspires and informs.”

What first impressed me when I found their platform was the quality of their photography. “Our blog is heavily image driven and as much as we love creating written content, our photography is what seems to draw our audience in. We also shoot film photography which isn’t something we’ve seen explored in the travel bloggers world – I don’t think anyone else is crazy enough to tackle airport scanners with rolls and rolls of film, or to sacrifice travel funds to get film developed! We are passionate about keeping film alive and it’s amazing to document our travels this way, it really makes us slow down and appreciate our surroundings. We feature work from fellow travelling film photographers weekly, which creates a community of photography and travel – our two loves!” 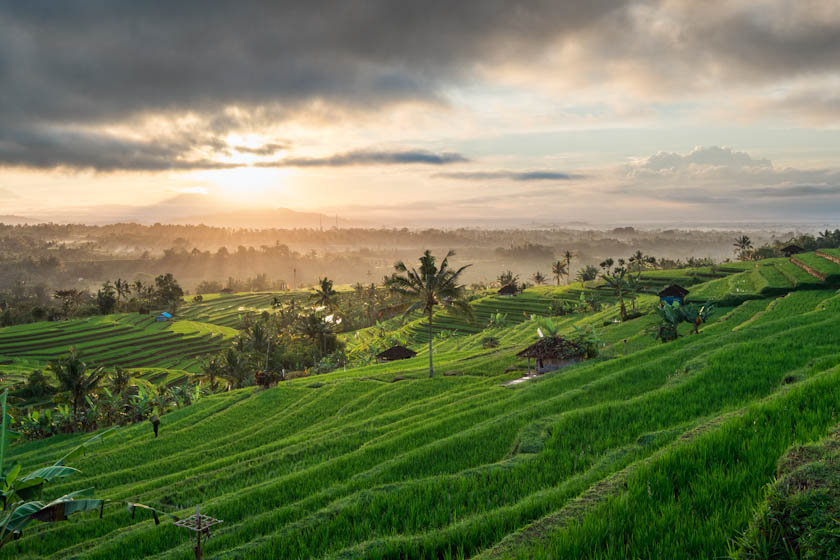 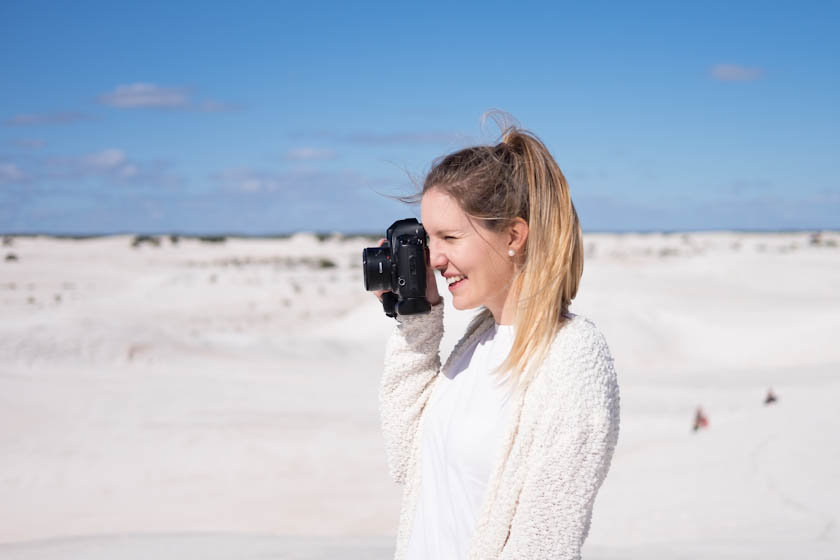 And what would be their advice to couples who, just like them, are tempted by the idea of traveling together? “Traveling as a couple will either make you or break you; you’ll see each other at your very best, and at your very worst. Stepping out of your comfort zone will bring challenges that you’ve never faced in your daily life so work as a team, listen to each other and avoid getting angry. There are those moments of adrenaline of trying something new that will only bring joy, and then there’s the food poisoning that destroys your plans for the day. It’s not going to be easy but to have your loved one by your side traveling the world is an incredible feeling, and you’ll create memories that will stay with you forever. Oh, and always hold hands during take-off, it’s the best way to begin a new adventure!”

This year, Ayesha and Gavin have not stopped moving. They have been to Myanmar, Thailand, England, Scotland, Greece, Hungary, Italy, Austria, France, Germany, Czech Republic, Poland, Netherlands, Switzerland and Indonesia with a few months back in Western Australia. When I ask them how why they choose their destinations, they answer: “There’s really no logical reasoning behind where we choose to travel – it’s different every time. Sometimes we’ll be travelling to destinations based on work opportunities, others because we know they’ll be incredible to photograph, or it can even just be simply based on weather (hello sunny Greece after six weeks in chilly Scotland!).” 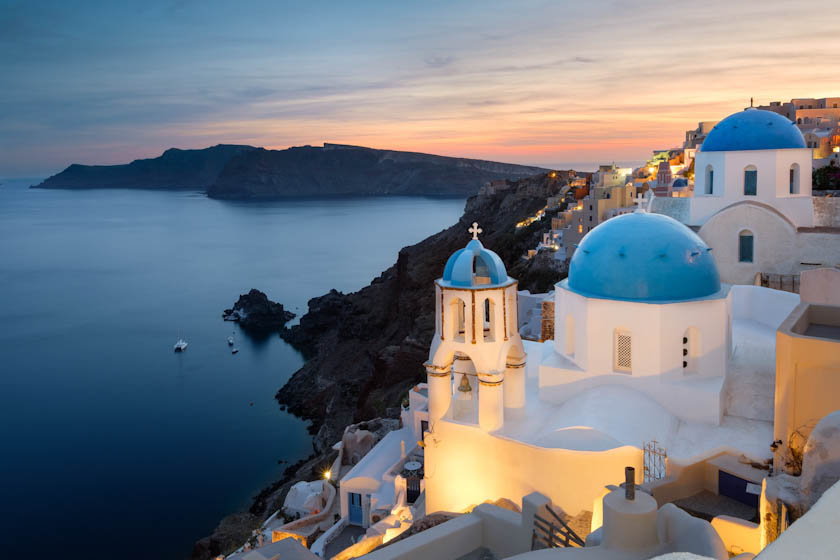 Before the end of 2016, they’ll also visit the Faroe Islands. “And I have been dying to have a white Christmas for years now, so we’ll be hunting down somewhere snowy in Europe for the last few weeks of 2016,” adds Ayesha. “We have no idea what the New Year holds for us,” says Gavin. “We learnt a long time ago that planning never works out, so it’s just better to go with the flow and see where it leads us. I think if we had a traveling bucket-list it would be pages and pages long and we wouldn’t be able to remember it ourselves! The more we see of the world, the more we want to see, but often our most treasured experiences have been those unexpected encounters and spontaneous decisions.”

Talking about their most treasured experiences, what are their best traveling memories? “Everywhere we’ve traveled has had its ups and downs and every destination teaches us something new, but there are some experiences that just stick with us”, they say. “Snorkeling for the first time in the crystal clear waters of Indonesia, cruising through the glaciers of Alaska, flying in a hot air balloon over the temples of Bagan to mark our first year of being fully nomadic, making friends with the locals in Cambodia, road tripping through the Rockies in Canada, watching the sunset over Paris… how can we choose the best? This is what travel is all about.” 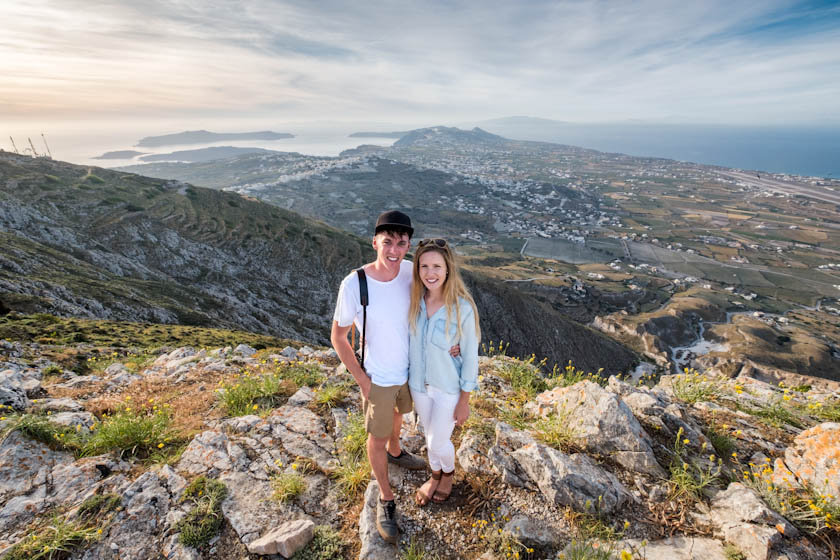 If you want to see what all of these adventures were like, or just enjoy more of their breathtaking pictures, make sure to check Gavin and Ayesha’s , and  in the future!