Could This Be The Best View in Melbourne? 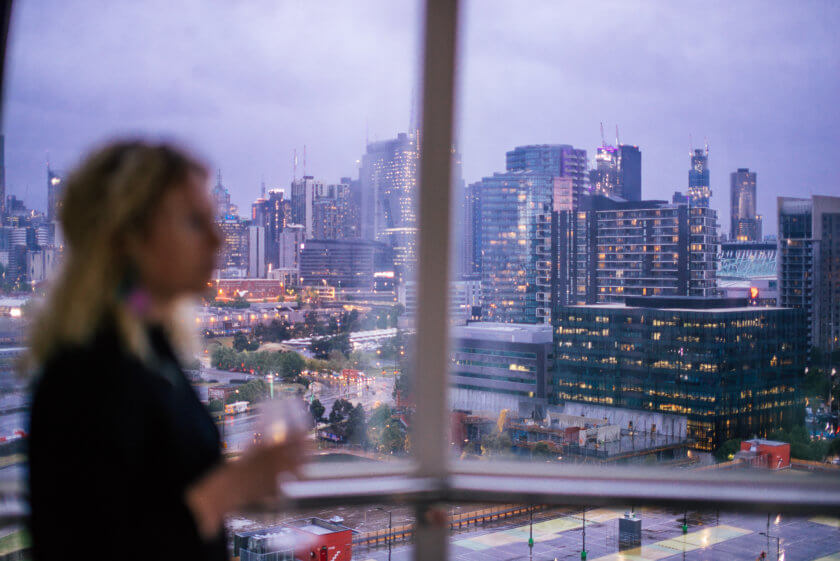 Like a gaudy bejewelled crown glittering against the velvet night and shining like freshly polished silverware by day, the Melbourne Star is an iconic treasure within Melbourne’s city skyline.

Yes, observation wheels like this can now be found all over the world, but Melbourne’s is quite unique. Perhaps not by design, but most definitely by character. The teething problems the project faced when it was first launched, and the challenges it has boldly overcome since, has proved the icon’s resilience. You could say the Star has now truly earned its place in the Docklands, on the cusp of the central business district (CBD), even more so because it has been a true labour of love. 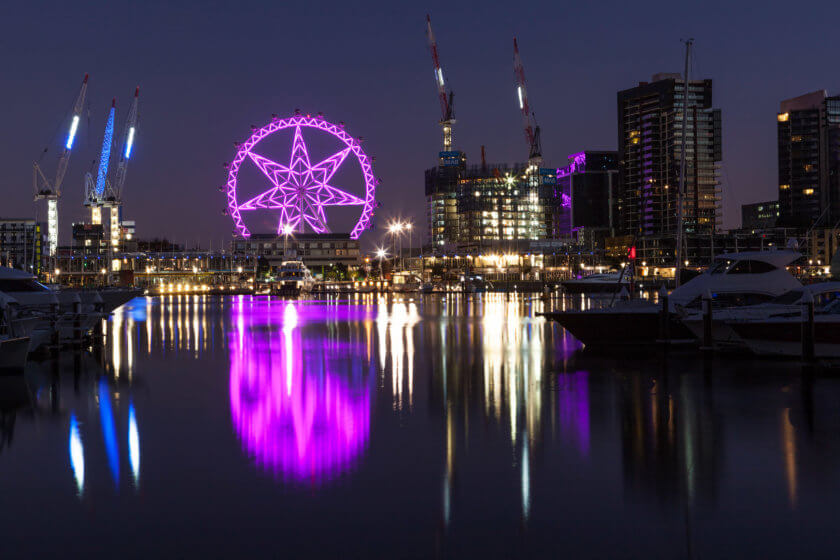 The seven spokes of the Melbourne Star, representing the seven stars on the Australian flag, light up in a kaleidoscope of colours and designs by night. It’s like a familiar beacon from which you can navigate around the west, always allowing you to be aware of your orientation within the city.

If you visit Melbourne, you just can’t help but notice the Star – and of course admire it. But obviously the best way to experience all the Star has to offer, is by actually getting on it. 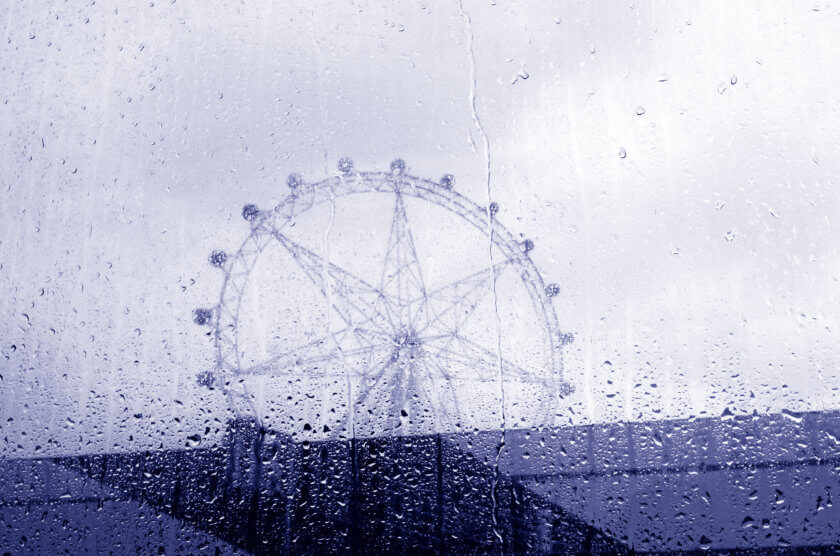 Determined to explore all corners (and viewpoints) of my adopted home city, the Melbourne Star was something I had been meaning to do for a while. Whilst many people hate heights, in contrast I’ve actually always been drawn to them. The thrill of looking down onto everyday life and seeing it from an alternative perspective resets something in me. It’s almost like by acquiring a physical distance, it transcends into a mental one, proving that really, in the bigger picture, I am only a small part of the world’s workings – and so are my problems.

After a busy week at the office with work, it was an absolute treat to take this kind of time out, quite literally in a bubble, atop the hustle and bustle of city life. 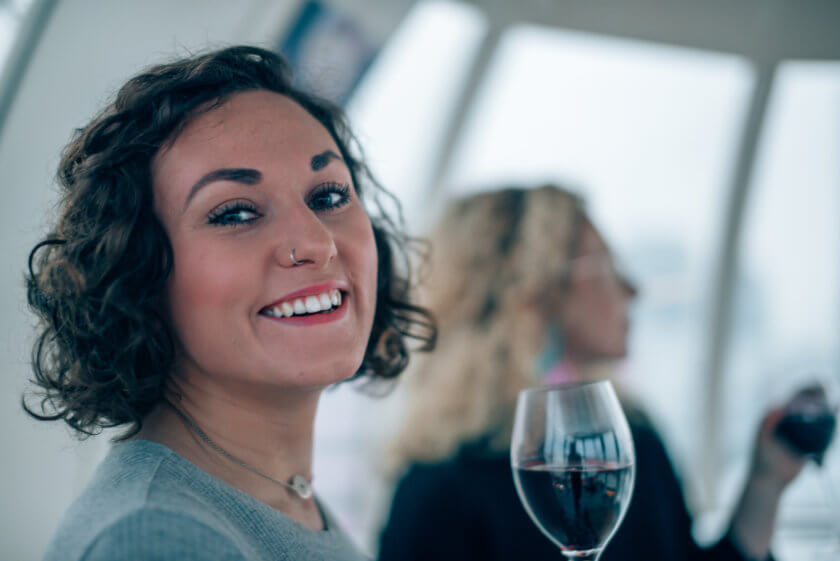 Despite the fact the weather was wet and in true Melbourne style, grey after a week of brilliant sunshine, you could still tell that the views were impressive beyond the raindrops. On a clear day, you can apparently see as far as 40km out towards Mount Macedon and even the greenness of the Dandenong Ranges.

A little closer in view is the sleek Botle Bridge, connecting the northern suburbs and the south eastern suburbs, the waterfront dining and drinking scene of Docklands and the cluster of sleek CBD sky-rises protruding from the flat surrounds.

Being close to the waterfront, you are able to admire the yachts and boats gliding in and out of the Melbourne City Marina and cruising along the Yarra River.

For $2, you can actually come back again on a sunny day if you wanted to. It’s the perfect initiative for somewhere like Melbourne where you can quite literally get all four seasons in a day (and in a blink of an eye).

Though on this occasion, the chill of the (apparent) spring was left outside the moment we stepped inside the temperature-controlled cabins, and as we sipped on our warming red wine. 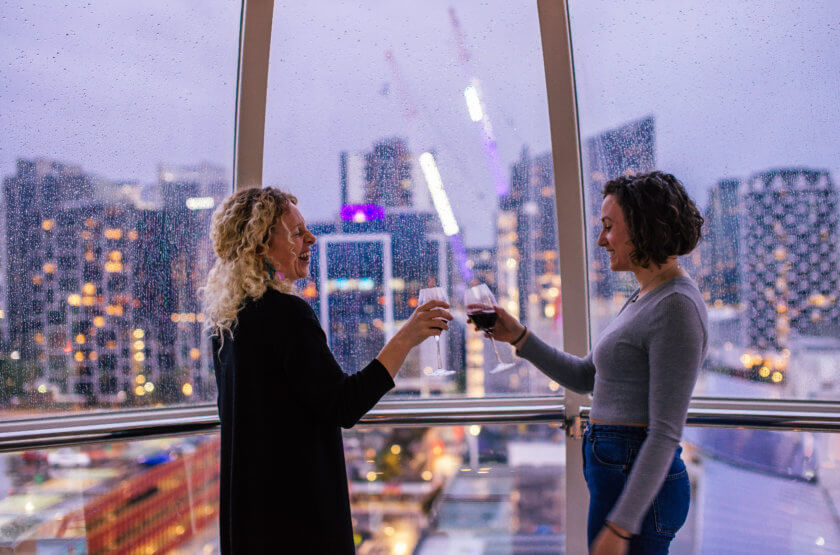 The 30 minute ride, which is accompanied by occasional commentary about the skyline, is gentle enough even for those who don’t necessarily like heights. The cabins glide smoothly and sometimes so gently that you don’t even realise you’re moving at all (much to my acrophobic partner’s relief!)

Although the cabins have floor-to-ceiling windows allowing 360 degree views, you feel safe and secure inside your compartment. 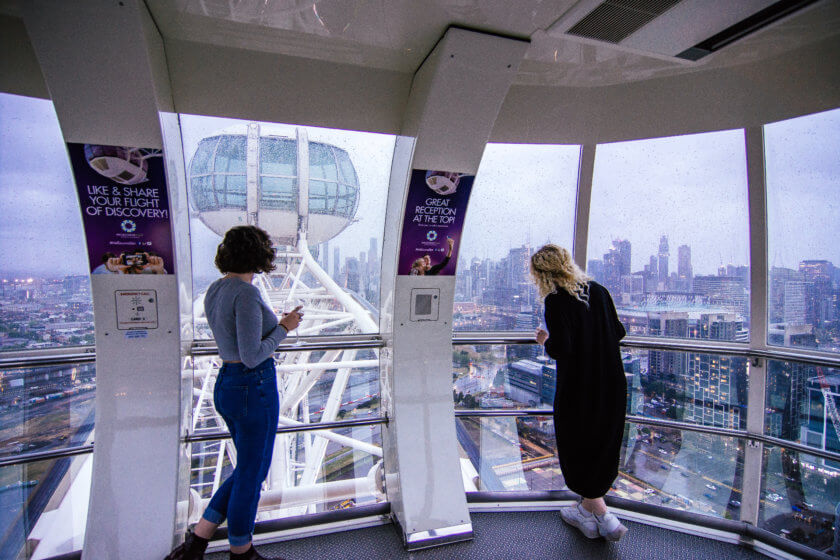 Surrounding the Melbourne Star is the brand new and increasingly expanding entertainment hub of . So whether it is before a ride or after, you can go bowling, play glow in the dark mini golf, ice-skate or watch a movie at the gold rated HOYTS cinema.

There are plenty of dining and drink options a stone’s thrown away too, like the Asian street food market of 8 Street and the Urban Alley Brewery, where we enjoyed a cheeky drink before our ride. 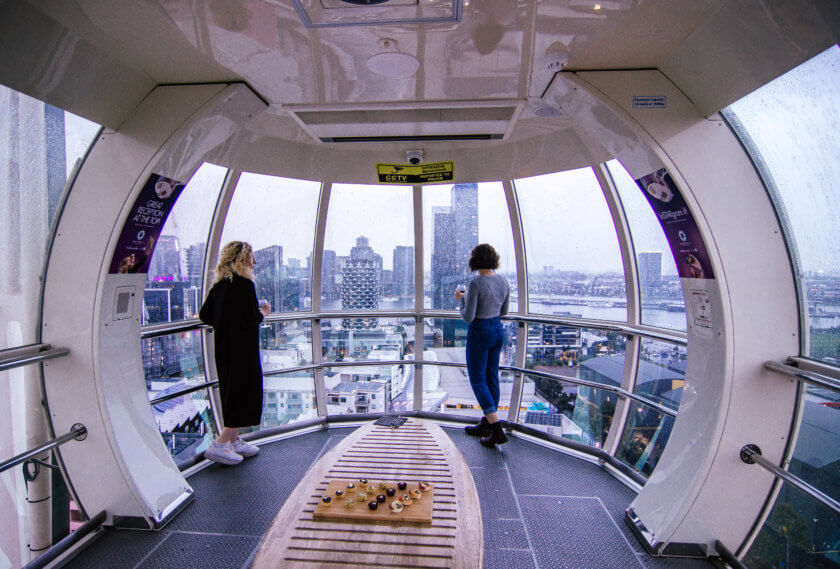 As an attraction that perhaps only tourists would consider visiting, it was so nice to see my adopted home town through another lens. And for my partner and friend, to hear them get excited about their city and tell me stories triggered by the views. So often we forget to enjoy the attractions on our very own doorstep and fail to step back to appreciate the place we call home. 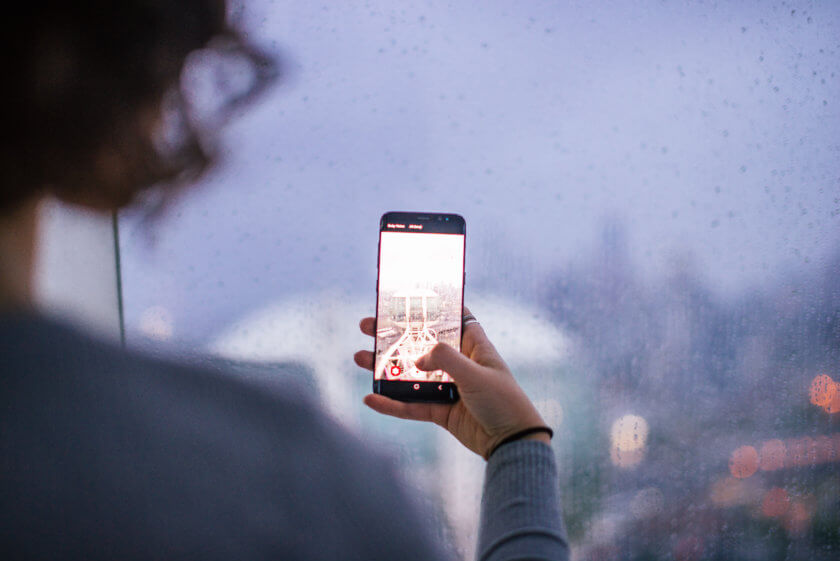 As well as public rides, the Melbourne Star can be hired for private occasions such as romantic dates, events or simply for a large group of family or friends. The management also run some interesting events within the cabins such as live music by local artists as part of Melbourne music week and early morning yoga classes. 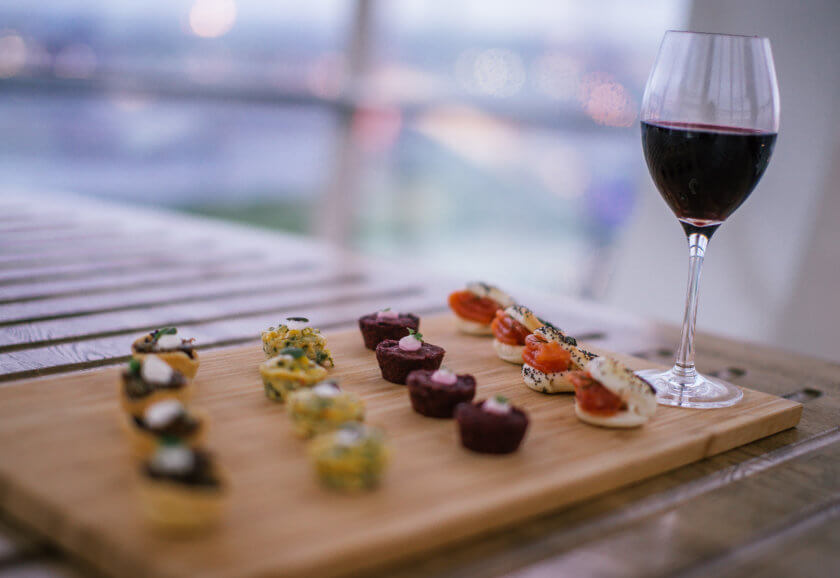 To book a ride on the Melbourne Star or to find out more, head over to .

Thank you to the Melbourne Star and their PR team for gifting us this private cabin with complimentary drinks, canapés and a gift bag.