Companion’s Kareen and Will Durbin were first introduced by a friend, who figured their mutual backgrounds working with refugees and conducting post-grad research on social enterprise models might mean they had all sorts to talk about. Sure enough, love blossomed, and after tying the knot, they tied these common threads together too by starting Companion. Recently moving their small business’s HQ from Tāmaki Makaurau/Auckland to Ngāmotu/New Plymouth, they work with migrants and former refugees to make sunhats, using textiles as a framework to explore craft traditions and cultural collaboration, generate desirable employment opportunities and celebrate diversity.

Kareen, all that and you landed on hats?! We initially explored a range of handcrafted items, from furniture to textile pieces, but of all of them, hats worked best. Seeking simplification, we now focus on ever-essential sunhats, prioritising the use of sustainable textiles to provide protection.

How did you come up with your various styles? Our designs combine practicality with a good dose of self-expression. Because the hats are reconstructed from discarded textiles and vintage and deadstock fabrics, they’re defined by what we collect — different weights and textures lend themselves to different forms. If we’re using vintage jeans, for example, a smaller brim is necessary to accommodate the pre-existing seams. The people we work alongside also determine our output, through offering their opinions and particular skills.
Lately, I’ve been creatively influenced by domestic architecture and interiors because of the similarities that exist between the fashion and construction industries; they’re both guilty of huge amounts of waste and need to reconsider their norms, but they’re also creating necessary forms of shelter. And from a purely aesthetic standpoint, little inspires me more than unexpected combinations of prints, textures and colours in a spatial context, be it in an opulent setting or when travelling in another country, admiring the creative decisions in even the most basic of structures. 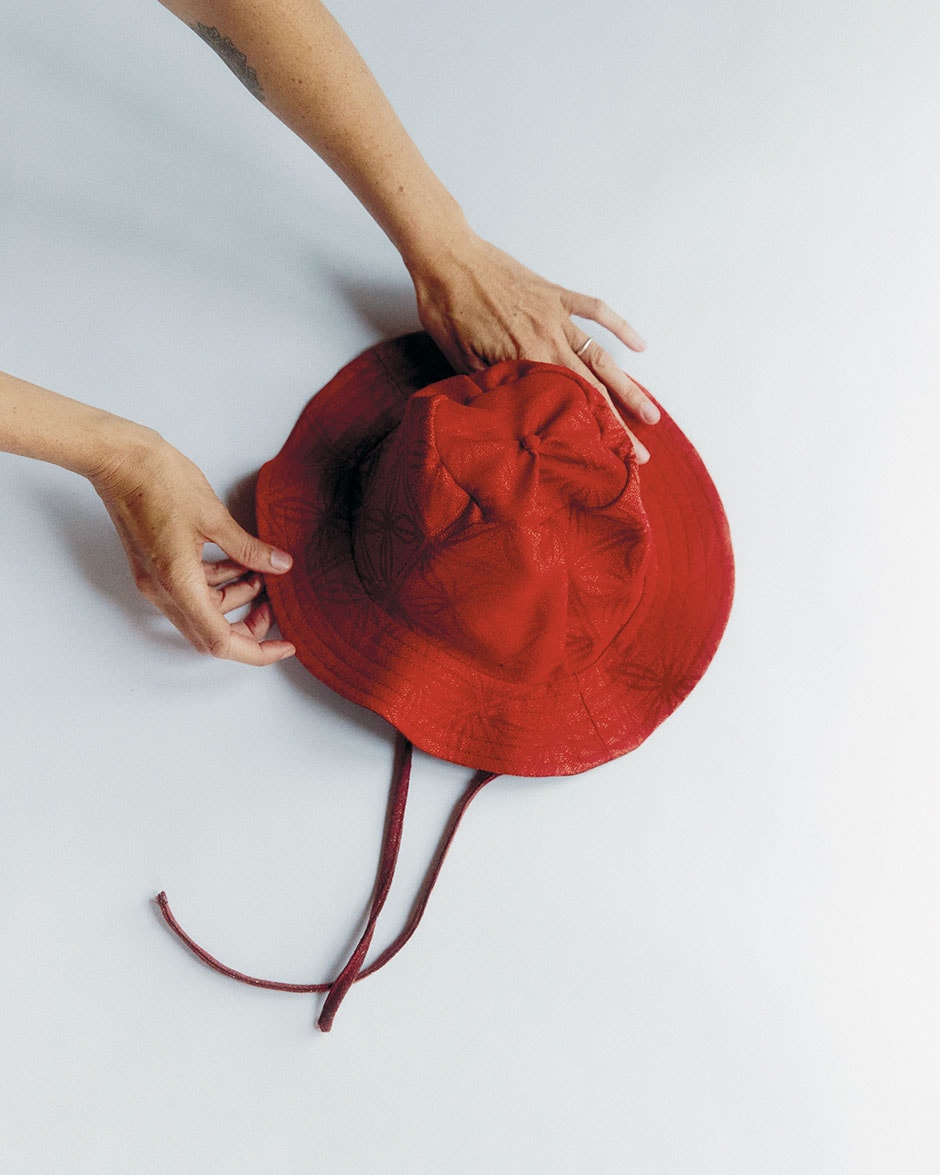 How many people do you collaborate with? Met by happy accident, through word of mouth and friends of friends, we currently work with three people on an ongoing basis and collaborate with others when projects and participation align. Pary Ghulam Hussain is from Afghanistan originally and now lives in Tāmaki Makaurau with her daughter’s young family. Her contributions of beaded and embroidered elements often surprise us due to the language barrier and the things ‘lost’ and gained in translation.
I first met Thawil Seefong when I was teaching a migrant sewing group. She’s since transitioned from attending classes as a student to running them herself, and alongside that, she works as our machinist and main maker. From Thailand, Thawil married a Syrian and lives in Auckland with their daughter.
We also collaborate with an Afghan sewing group in Auckland and one of its members’ sons, Aliakbar Sultani. He contributes to Companion in various capacities, such as web-design trouble-shooting, for which I’m very grateful! 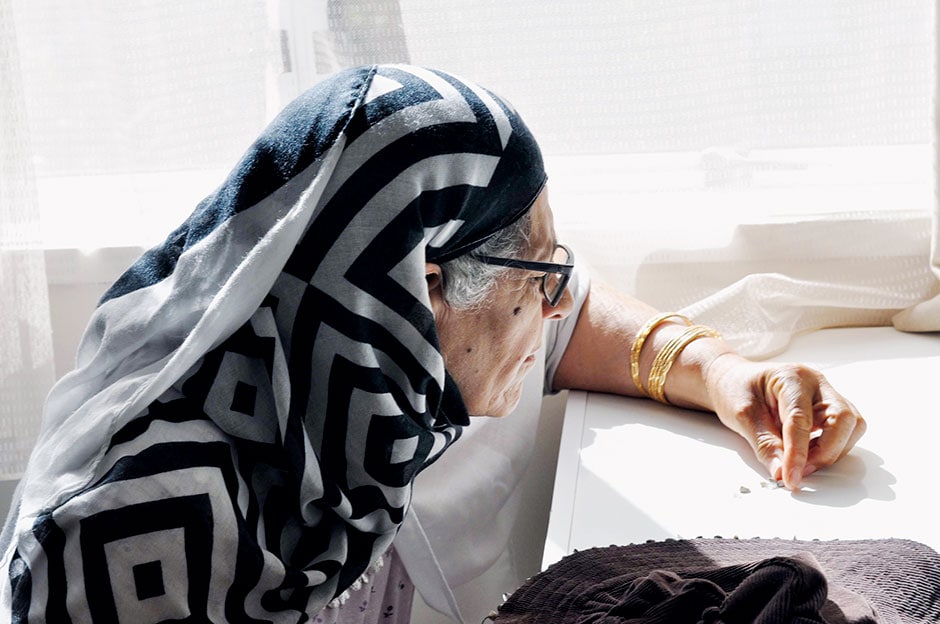 Any plans for adding other products to your range? I do find it hard to resist dabbling in other forms once in a while, such as making patchwork cushions from our offcuts, especially since Thawil is a keen quilter. For now, though, there’s value in continually refining our hats and staying somewhat focused.

Sustainability is woven into all aspects of your business — what are your hopes for the fashion industry making it a priority? Enough exists, and it’s the responsibility of all businesses to acknowledge that and respond accordingly. Of course, it’s tricky, but perhaps we can view the limitations positively. At Companion, we often run out of fabric, but that only makes the hats we crafted from it even more special.