3 Days in Croatia: More than just a Beach Vacation


Hashtag #exoticbeaches and inevitably the azure shades of Bora Bora, Seychelles or Phuket will compete with each other to get your attention. But what about those looking for a little more than just pretty beaches on their beach vacation?

That’s when the aquamarine and turquoise hues of Croatia come in to sparkle and entice, as it offers a lot more than just lying there getting the perfect tan. While deciding on my must-dos in Croatia with the limited time I had at hand, I was in for a surprise to learn, that there was so much more to do than just relaxing by the beach sipping on a local Karlovacko Beer.

My sojourn to Croatia was not a very long one unfortunately, but I’m glad I made it there for the three days that I did towards the end of my euro-trip. Plus, the taster gave me sufficient reasons to come back in the future!

However, instead of visiting the islands more off the beaten track like Vis or Hvar, I decided to be an unapologetic tourist and explore the quintessentials of Croatia: Split, Dubrovnik and the Plitvice National Park.

Imagine beige walls towering around a tiled city, with gigantic cruise ships and ferries criss-crossing the bay like its guardians. That’s what you can expect from the city of Split.

Start your tour of Split at Diocletian’s Palace; the remains of this impressive example of Roman architecture built way back in the 4th century, form the heart and soul of Split. The ruins of the Palace walls frame the many criss-crossing lanes which are home to a bustling city life comprising of fancy shops, authentic eateries, enticing bakeries and divine gelato places.

While full of life during the day, it is the evenings that you get to experience the full contract of the contemporary and the historic, as the age-old ruins fill with signs of modern life – bar hopping and street performances included.

Make sure not to miss the main promenade running parallel to the sea, the Riva!

Beach life itself is fairly limited in the city, but Split does have its fair share of water sports and beach shacks along the sea front. Bakvice is a famous and lively beach which offers all the above, however as you keep walking further on Bakvice you will stumble upon some not so crowded and touristy beaches as well.

Other things to be done in Split include enjoying the view from Saint Dominus Church, perching yourself at a rooftop bar like Libar, or walking up Marjan Hill for some quiet scenic time. It is a very walkable city, so just make sure you’ve got comfortable shoes with you!

You will find that your hostel/hotel will be able to organise a variety a day trips from Split as well, if you have more time to spare. I loved the sound of the Blue Grotto tour, but alas, I had to move on.

It was hard to give this Instagram celeb a miss, and so I spent a full day at the Plitvice National Park, which is also a UNESCO Heritage Site. And I’m so glad I did, as this spectacle of nature is really something you must not skip when visiting Croatia!

Crystal clear blue and green lakes enveloped by lush greenery and swift and strong waterfalls gracing their way down, will leave you gaping in awe by the sheer power of nature. The national park is huge and spreads over several hundred kilometres, but don’t get intimidated by that as one can easily explore the park on foot within 6-7 hours. To maximise your trip, go as early as you can in the morning, carry a hoodie with you and lots of packed food.

We went with a tour guide who arranged our travel from Split to Plitvice (3 hours) and back to Split, and guided us in the park for 300 Kuna. While this was fairly convenient, I would actually suggest you just hop on a bus yourself – that way you can spend more time in the park and just return by bus whenever you wish. With a student ID card you’ll even get a discounted fare.

Note that it is not permitted to get into the water (no matter how hot you get) but the park makes it difficult for you to put your camera away for even just a second anyway – it’s so picturesque!

If you have more time to spare, there are admission passes which last for more than a day. There are hotels in the area, but even if like us you only have one day, a visit to the park is definitely worth it!

Orange inclined roofs covering the white tiny chalets in the milieu of a clear blue sea gives Dubrovnik a very postcard-like image – especially when viewed from above.

Split had its slopes but Dubrovnik is definitely hillier and has much more spectacular views. The roads where some of the hostels are located are almost too steep to climb on foot, so stairs have been created to lead you up and down towards the old town of Dubrovnik.

Begin your adventure around Dubronvik with the Palace Walls, which offer the best views of the picturesque old town. It costs around 150 Kuna to access the walls.

The center of Dubrovnik is similar to Split – towering city walls surrounding the historical buildings and lots of little lanes full of shops, restaurants, live performances and more.

The city is a perfect place to tick ‘jumping into the sea from a cliff’ off your bucket list. The famous cliff-side bar Buza might just be the perfect spot for that. No wonder – the crystal blue water below is hard to resist! But even without a jump, Buza is a great place to enjoy a drink sitting on the rocks overlooking the sea.

Special Game of Thrones walking tours not only introduce visitors to some of the filming locations of the TV show, but also share interesting GoT trivia which you may not have heard before. There is a  GoT merchandise shop, where you can sit on the Iron Throne and take a picture – but not without burning a hole in your pocket.

If you fancy some hours by the beach, head to Banje. The famous pebble beach is a bit touristy, but a great place for a good time by the sea. Another nice beach option is Lapad Bay!

Croatia was an interestingly pleasant surprise for me and the chatty locals were the cherry on the icing. I found several several reasons to come back one day, like  and exploring the Blue Grotto, but I’m glad about the taster I got during my trip. I might have only had three days, but I’m totally convinced that Croatia is more than just another beach vacation!

Have you ever visited Croatia? What was your favorite place? 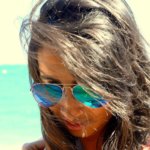 A Film Critic, Ex- Tv Producer, Journalist, Assistant Director and now a hardcore Lawyer, Pooja Thakkar wouldn’t mind calling herself a life-junkie, as she’s always up experimenting with her own likes, dislikes and interests. Discovering the world helps her get one step closer to self-discovery. She hates being tagged or straitjacketed and thus calls her blog UnderTheSun, as she practically wants to write about EVERYTHING .