Zvonica House is an eclectic single family house located in , Slovakia, redesigned in 2022 by Gmb . 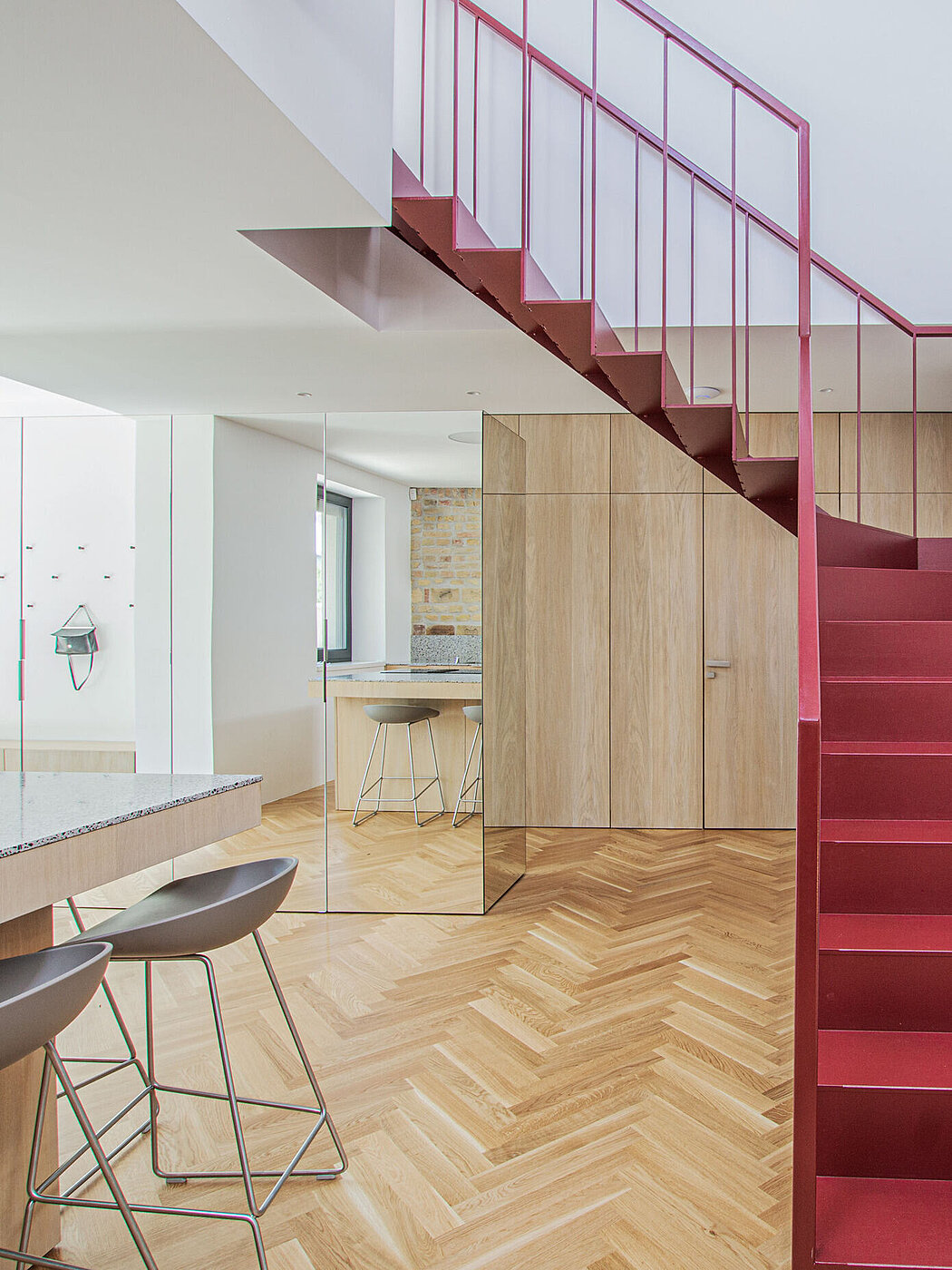 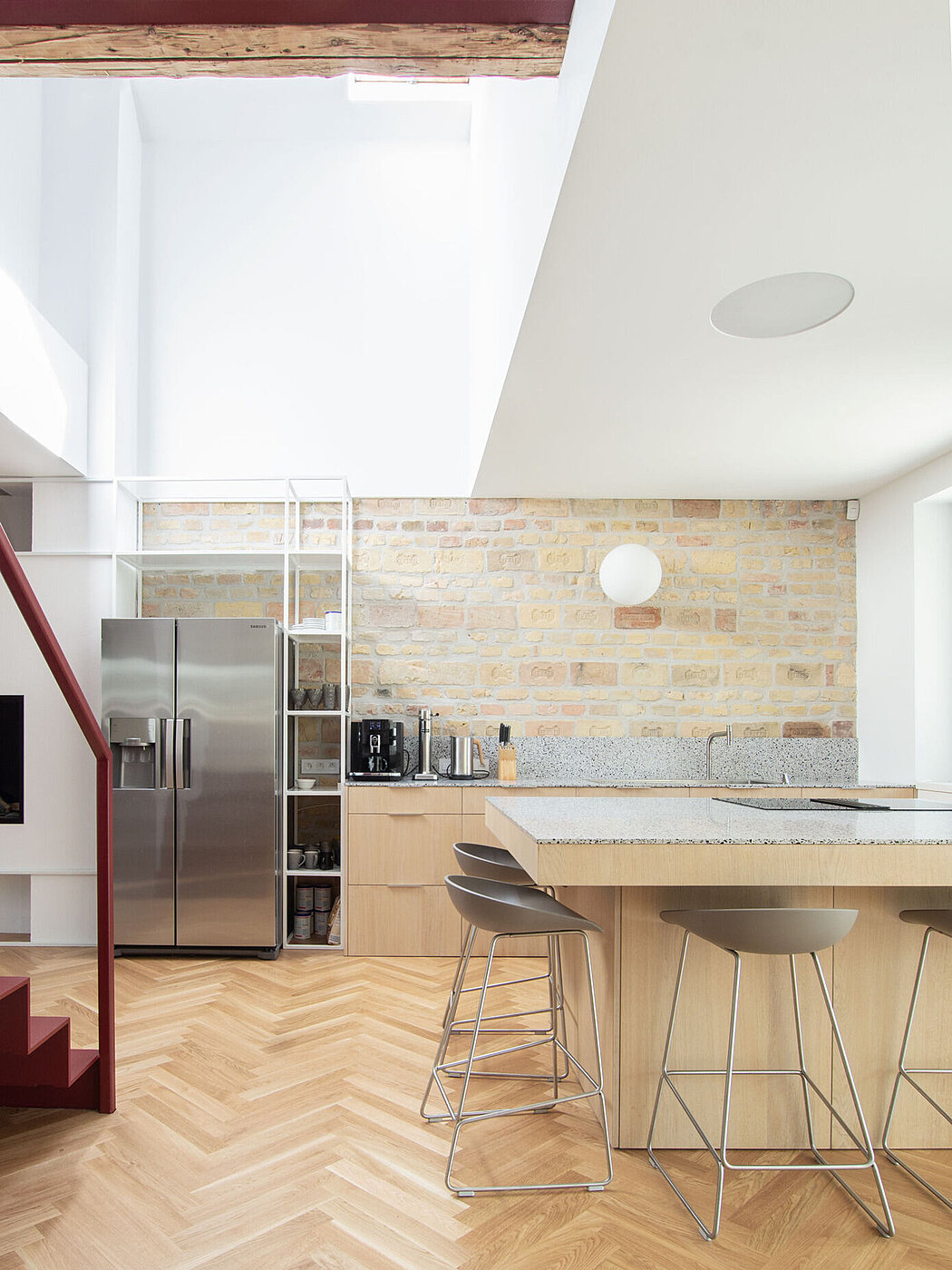 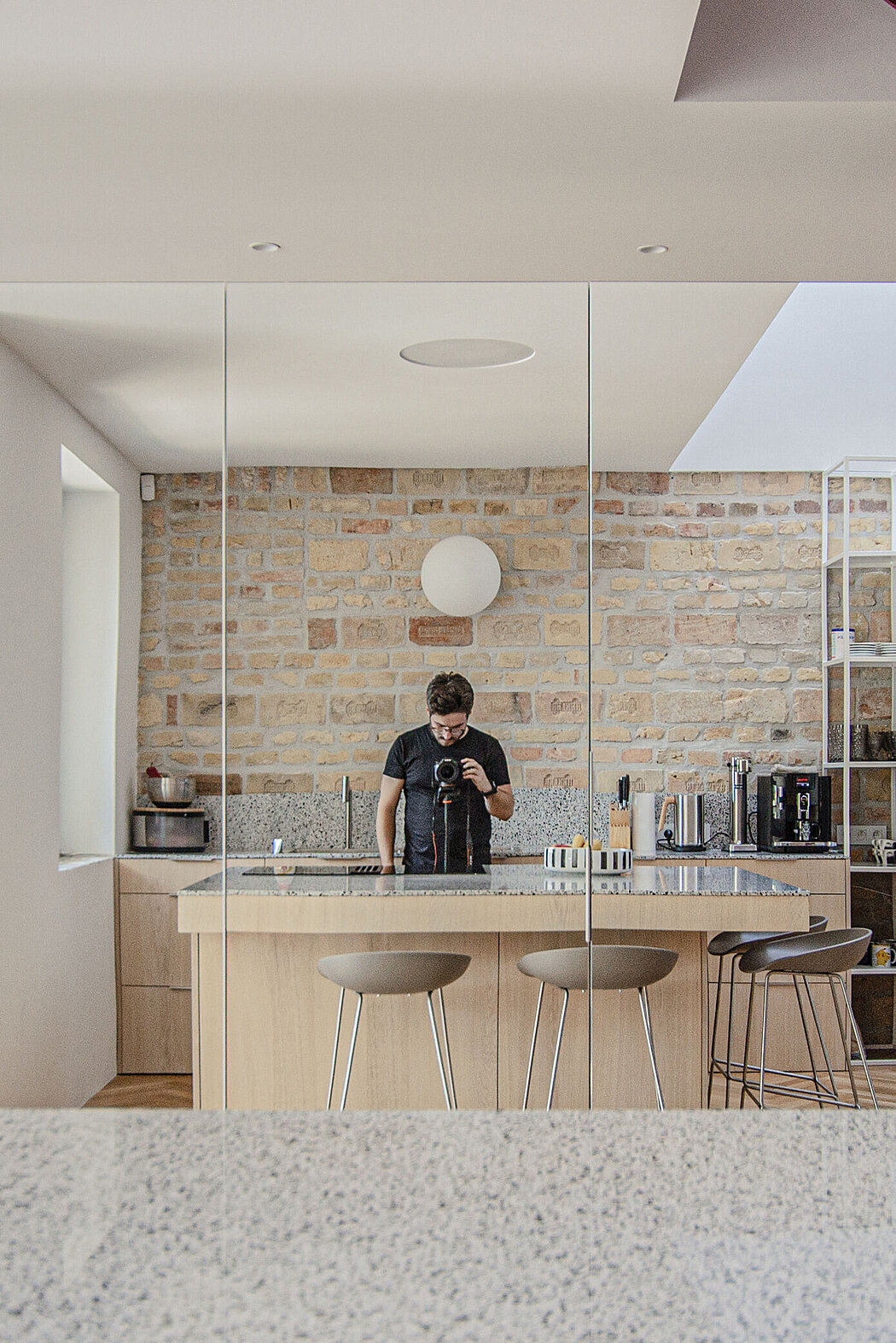 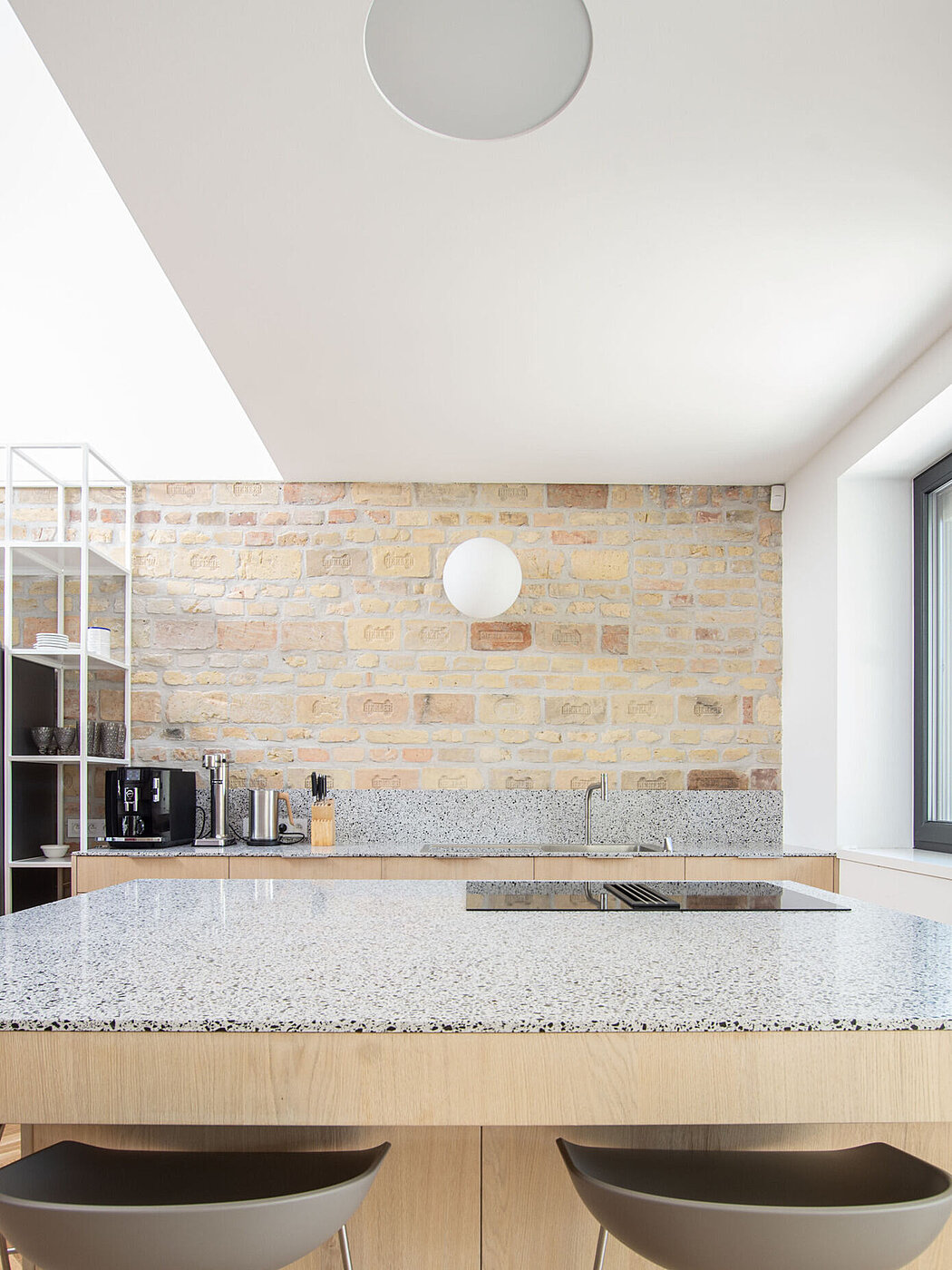 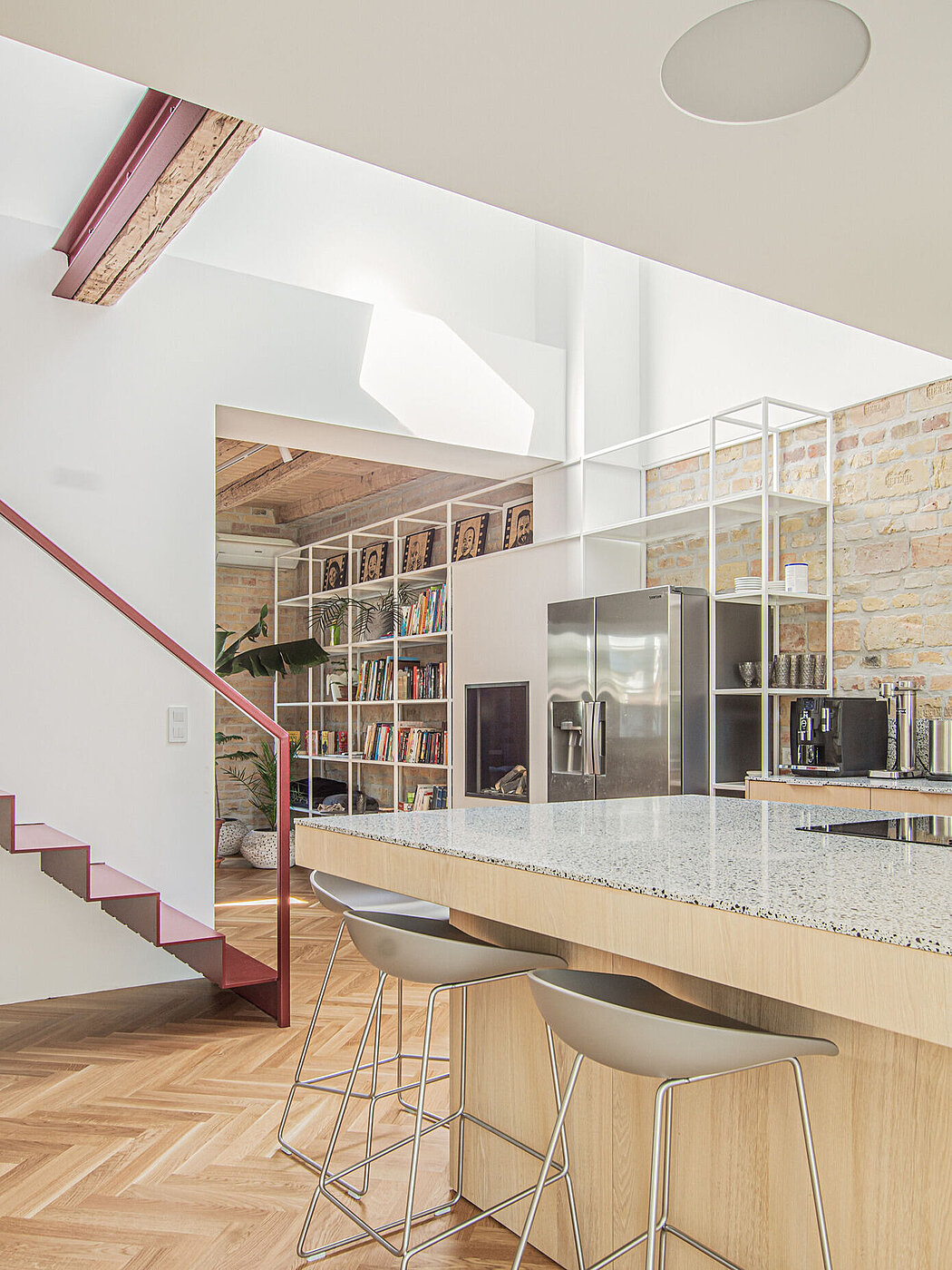 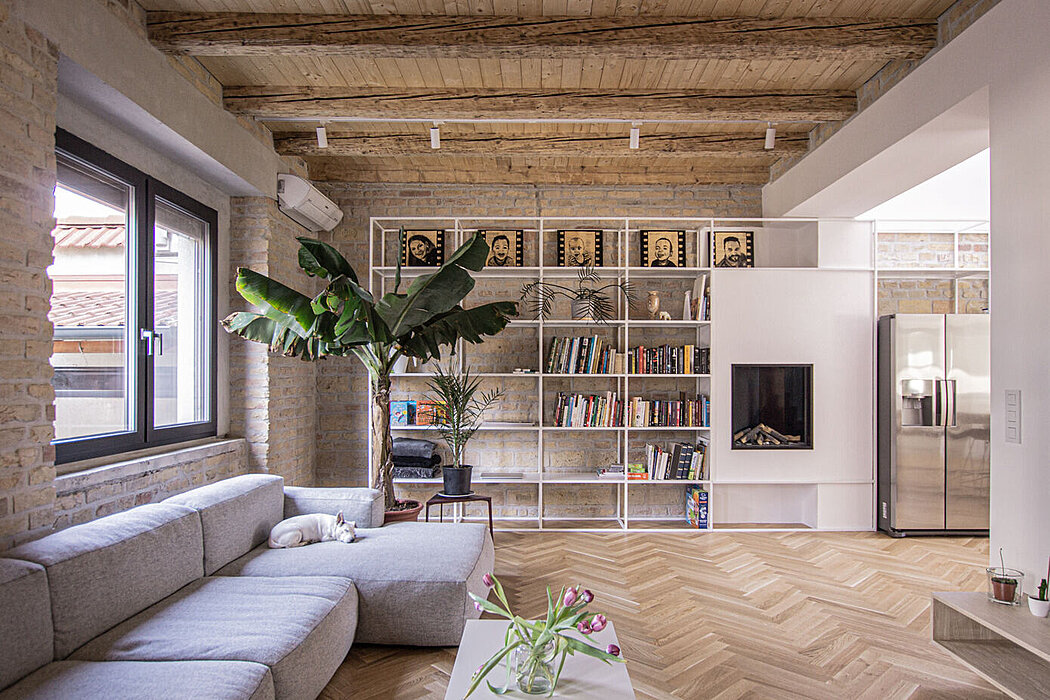 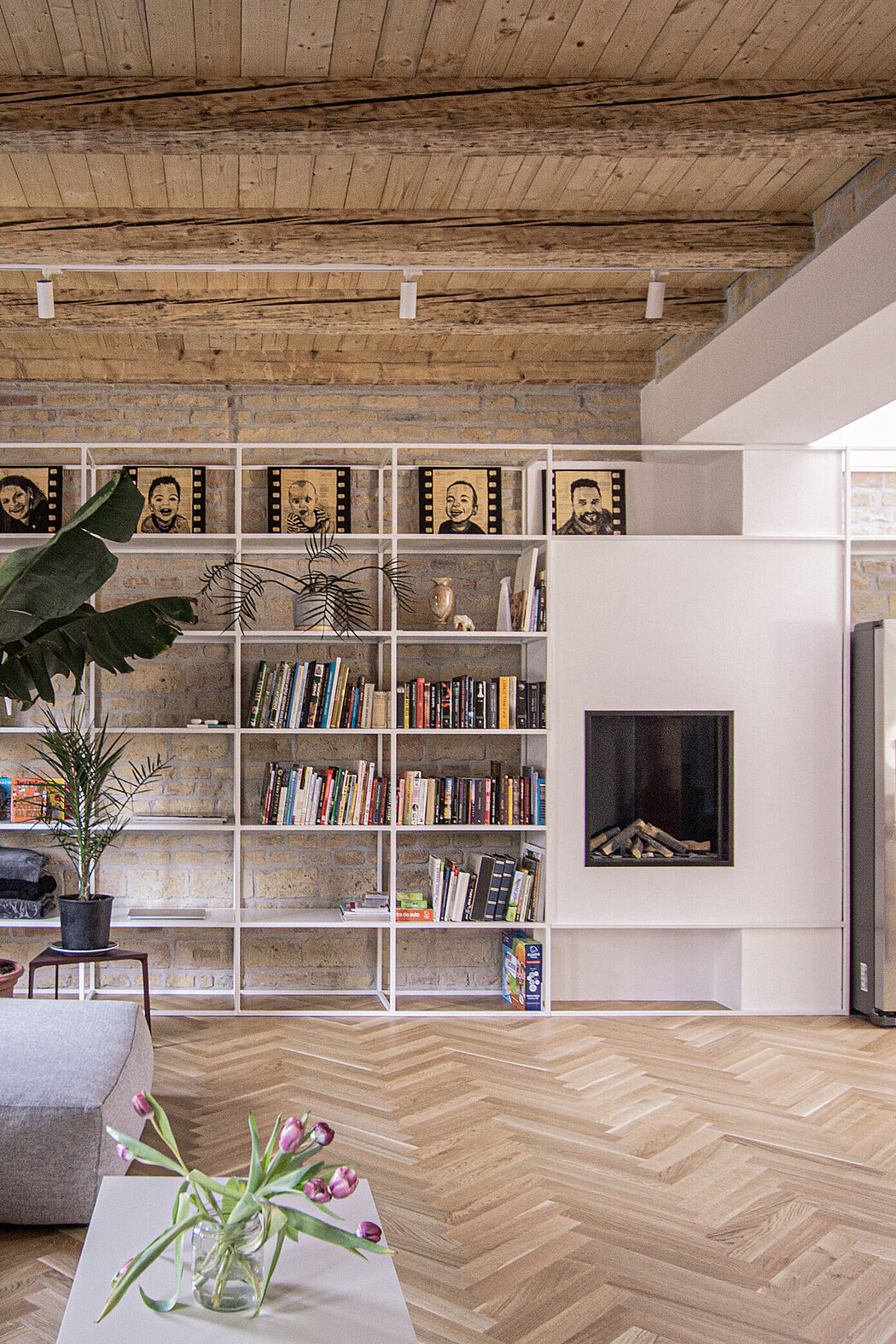 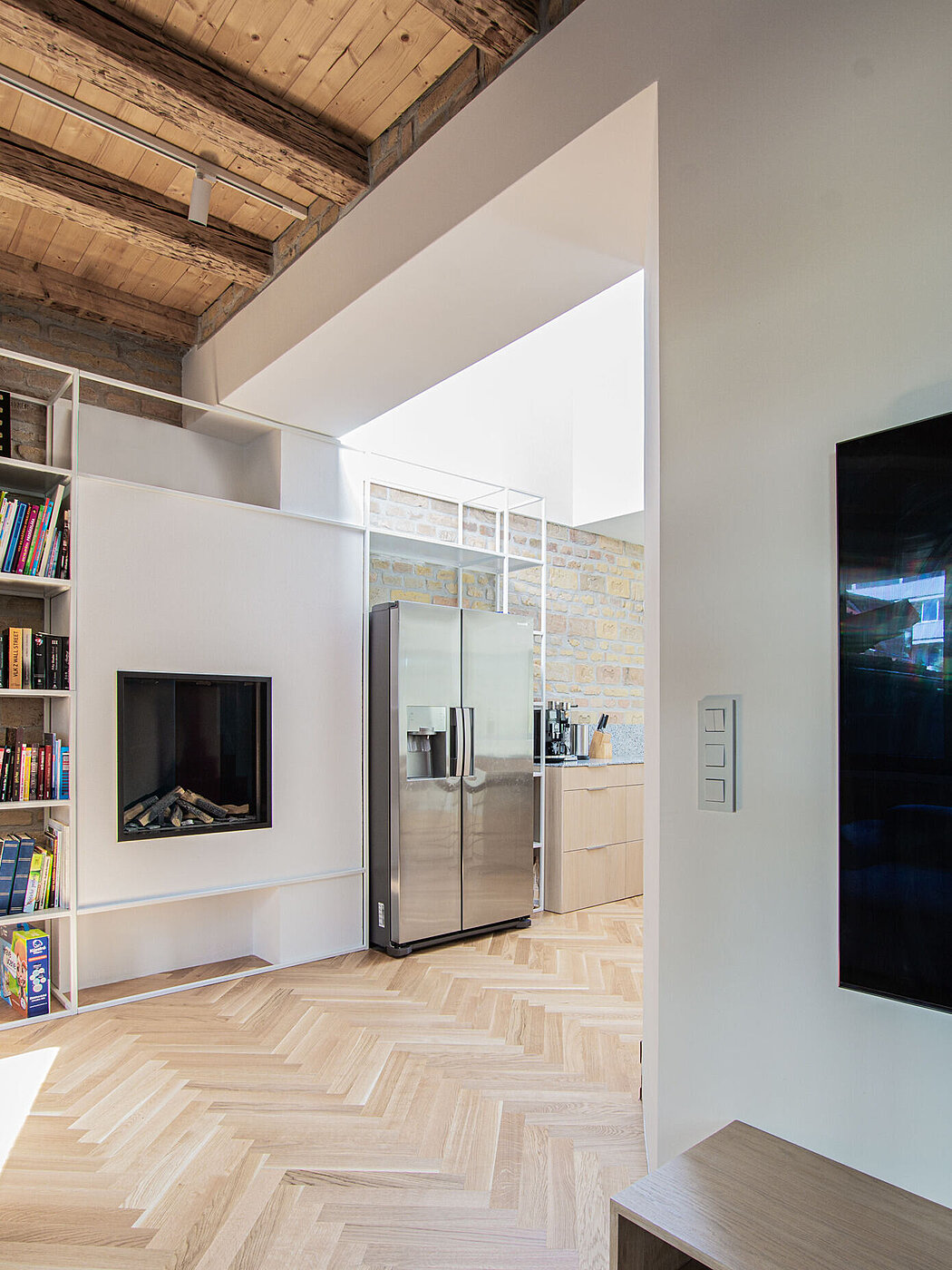 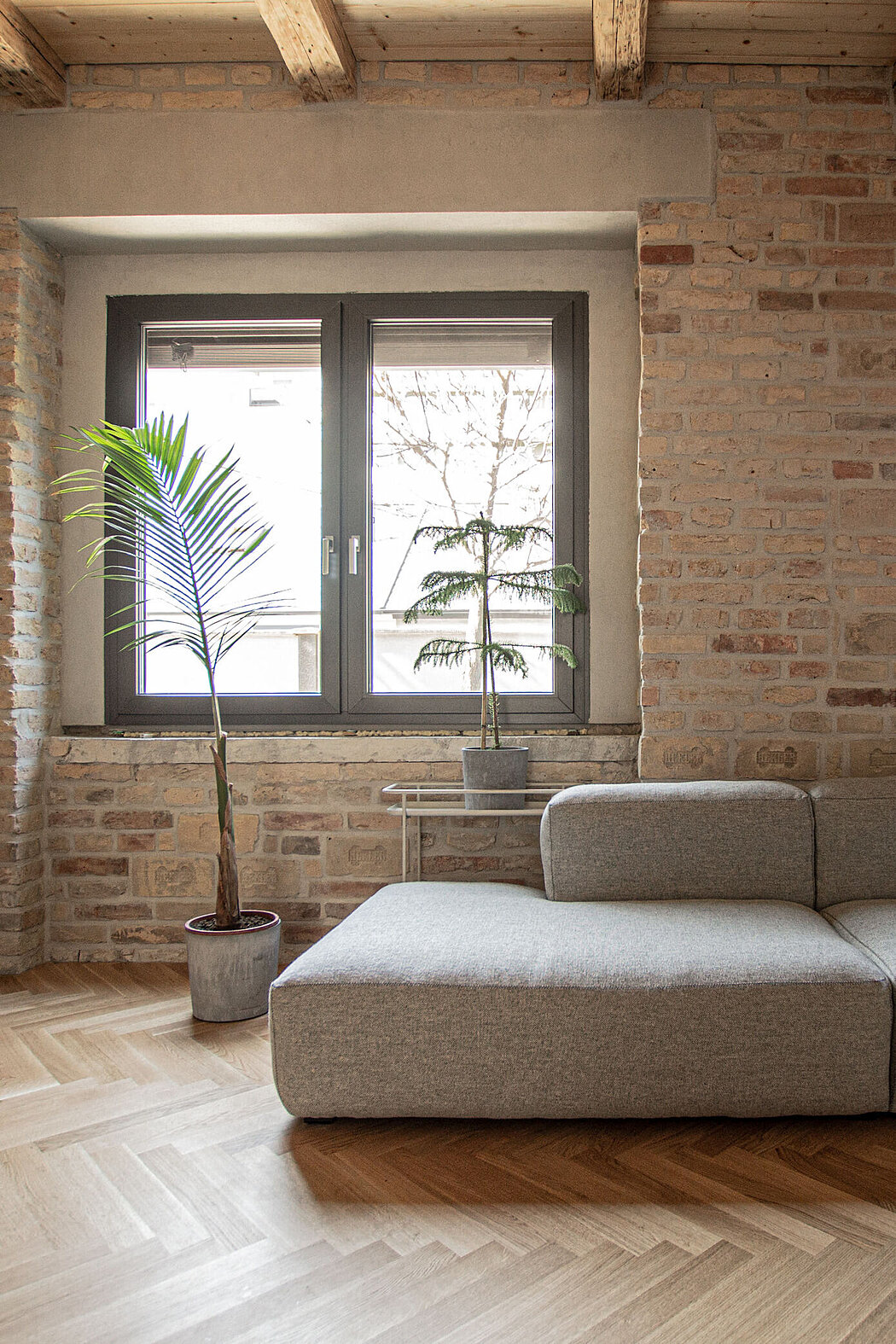 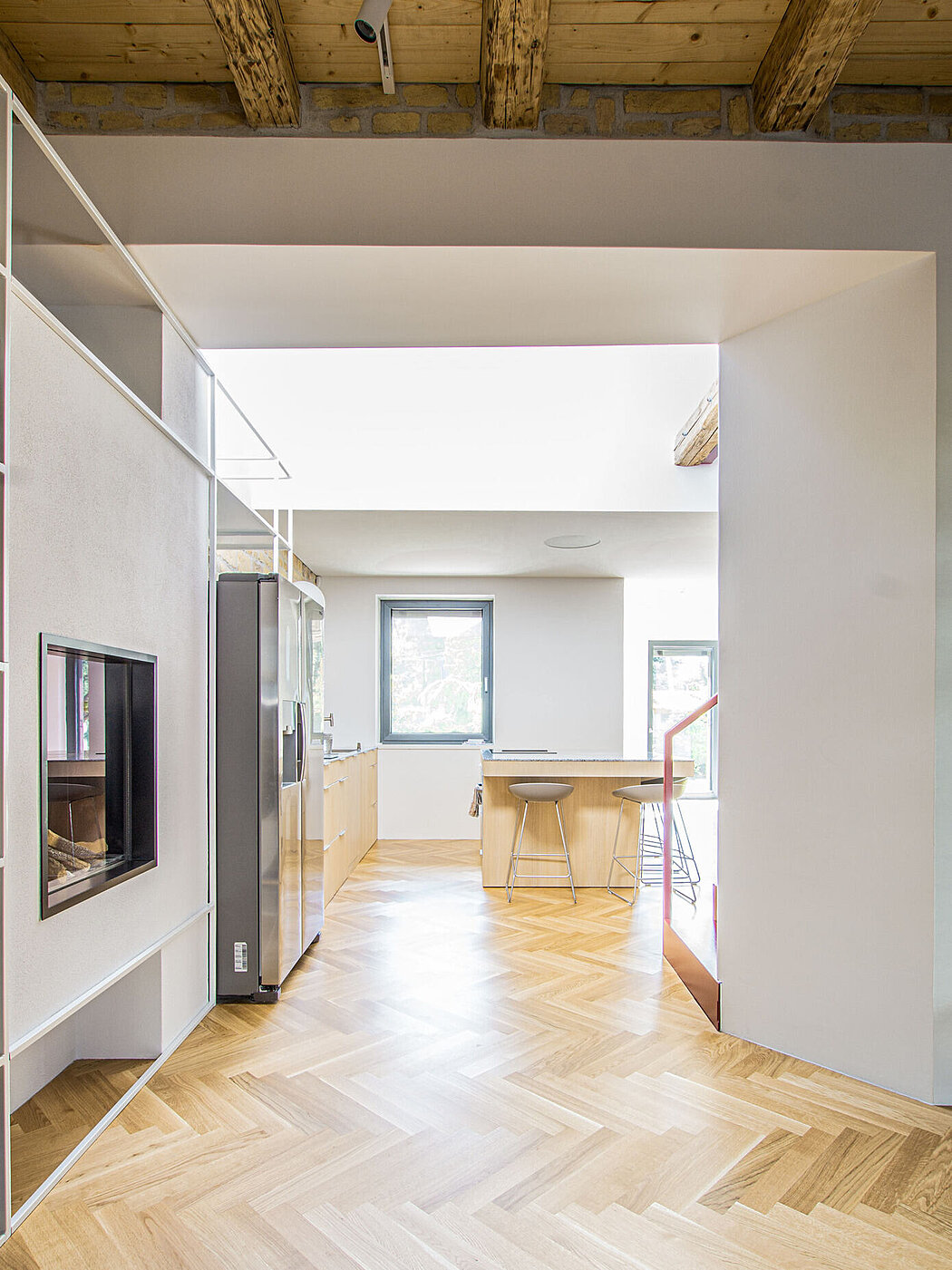 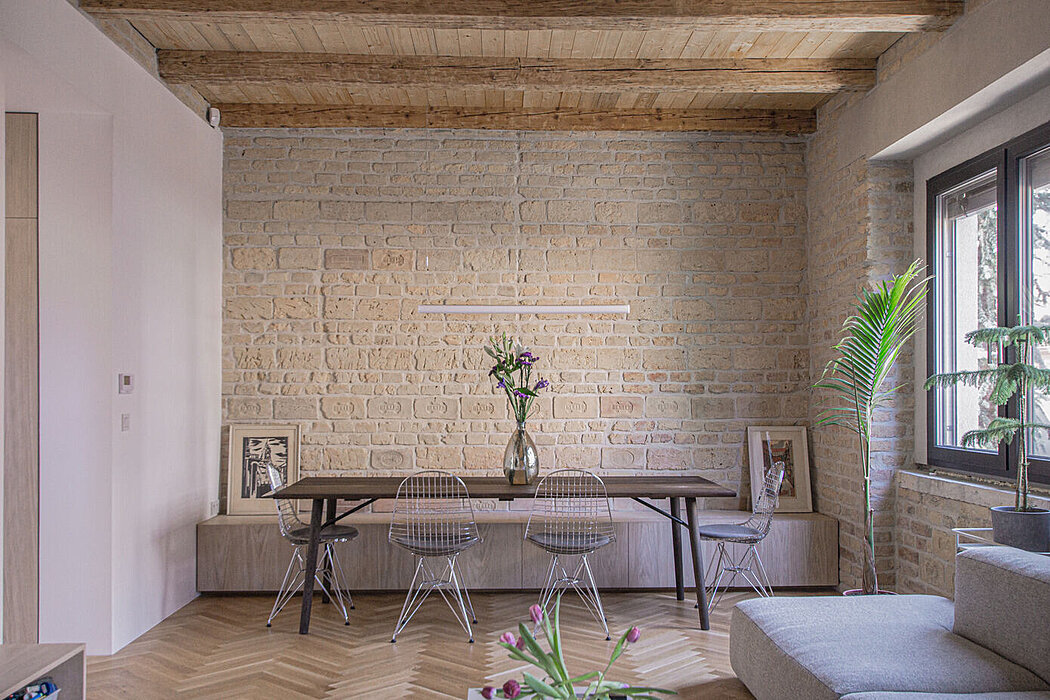 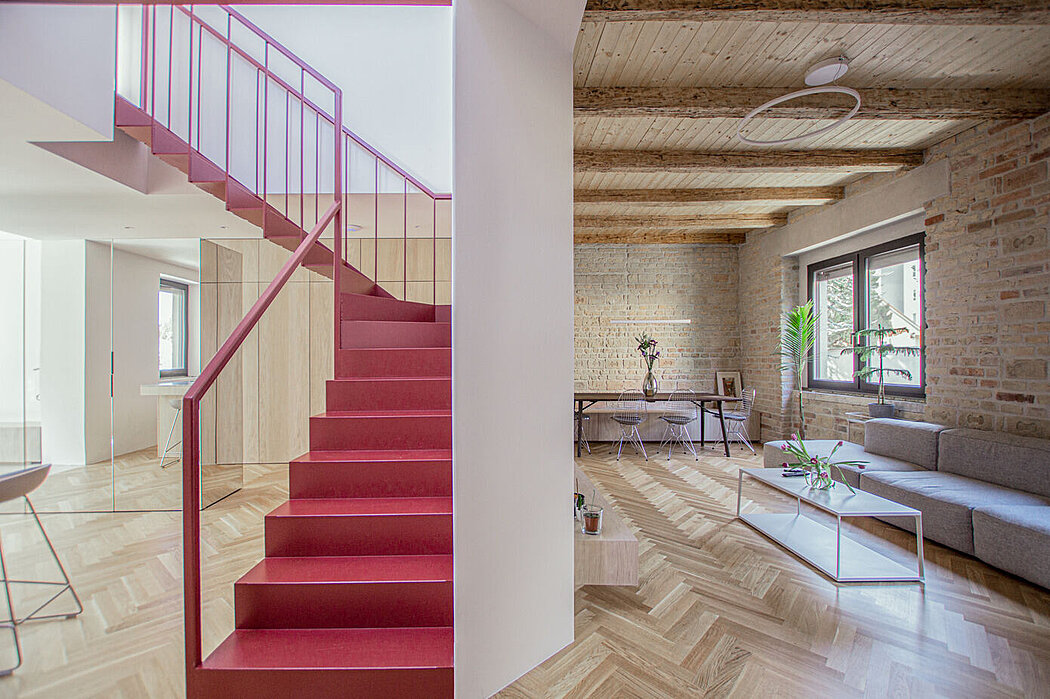 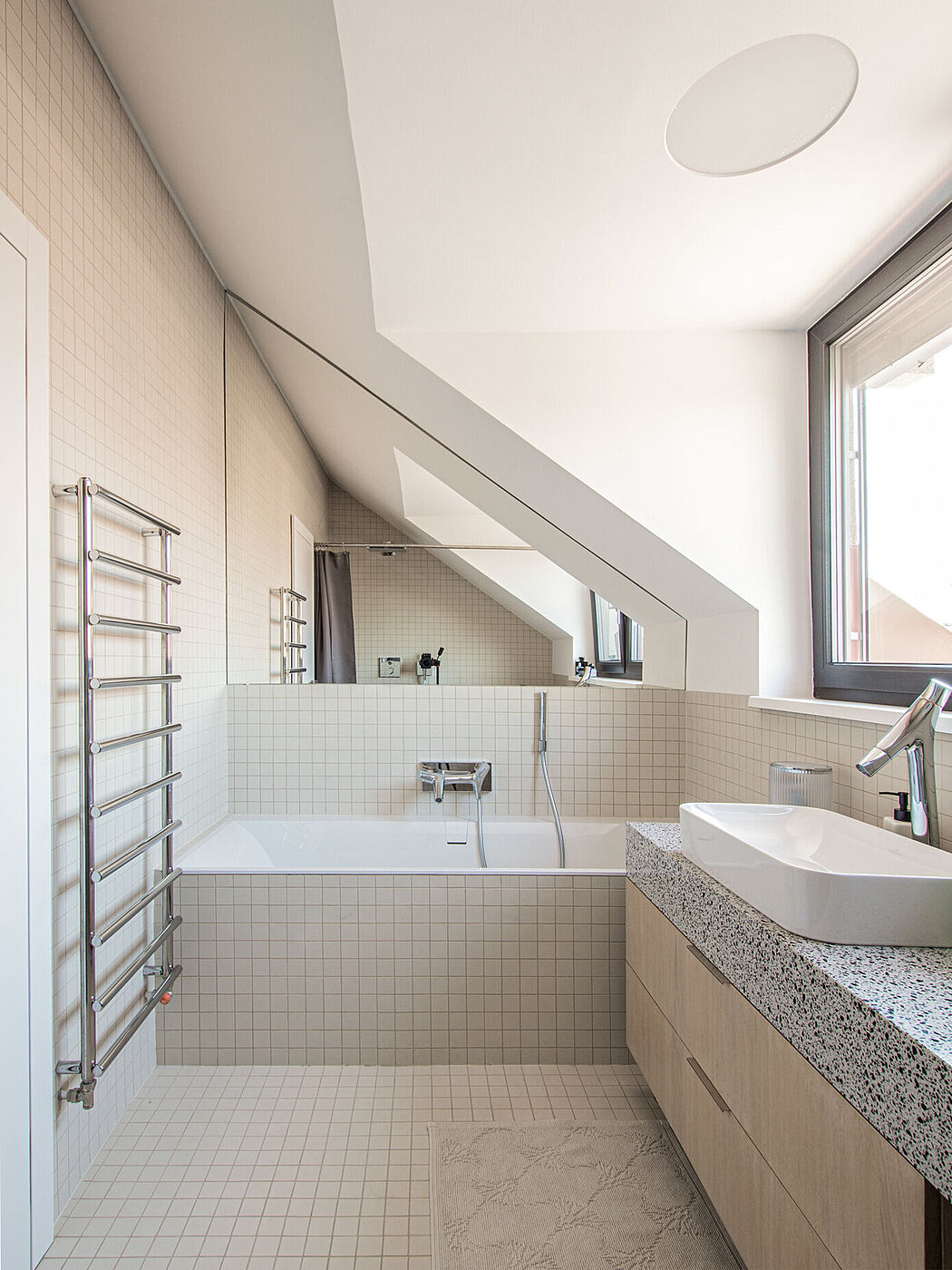 Zvonica House is a reconstruction of a typical slovak square shaped house from the 1950s. Over the yeast, the original house has gradually undergone several renovations, including some non-conceptual extensions. The aim of the current intervention was to clean up the interior space, find new spatial and functional links and create an environment that would respond to the needs of the eclectic life of a young multi-member family. The exterior of the house was practically unchanged at the request of the investor, the proposal focuses mainly on the solution of the interior spaces.

The design concept is based on the contrast of the original exposed building constructions and the composition of inserted new furniture volumes and other elements that enter the space in various forms, connect it in different ways, cross it and sometimes ignore it and even disrupt its original zoning. The space opens up in several directions and thus creates new interactions and communication channels.

During the proscess, the original building and its structures are freed from porevious unneccesary additions andinterventions, brick walls and wooden beam ceilings are revealed, and the simple, exposed materiality makes the spatial composition of the new embedded forms stand out. Simple materiality is used, mainly oak and steel. The volume of the inserted steel staircase accented with a distinctive color naturaly becomes a central point

The entrance stays in the original position. It is separated from the living area by a wardrobe set with a mirror surface, which, in addition to separating the spaces of the background and the living area, also functions as a carrier of southern light into the kitchen area. The entire living space is circular and organized around the staircase and the kitchen, where it opens to the gallery. The kitchen thus becomes a point that connects individual spaces both horizontally and vertically. On the first floor, a new volume of bedroom is created, which peeks into the gallery through the window.