Villa Sofia is a beautiful ancient house located in Specchia Gallone, Italy, renovated in 2014 by StudioAlami. 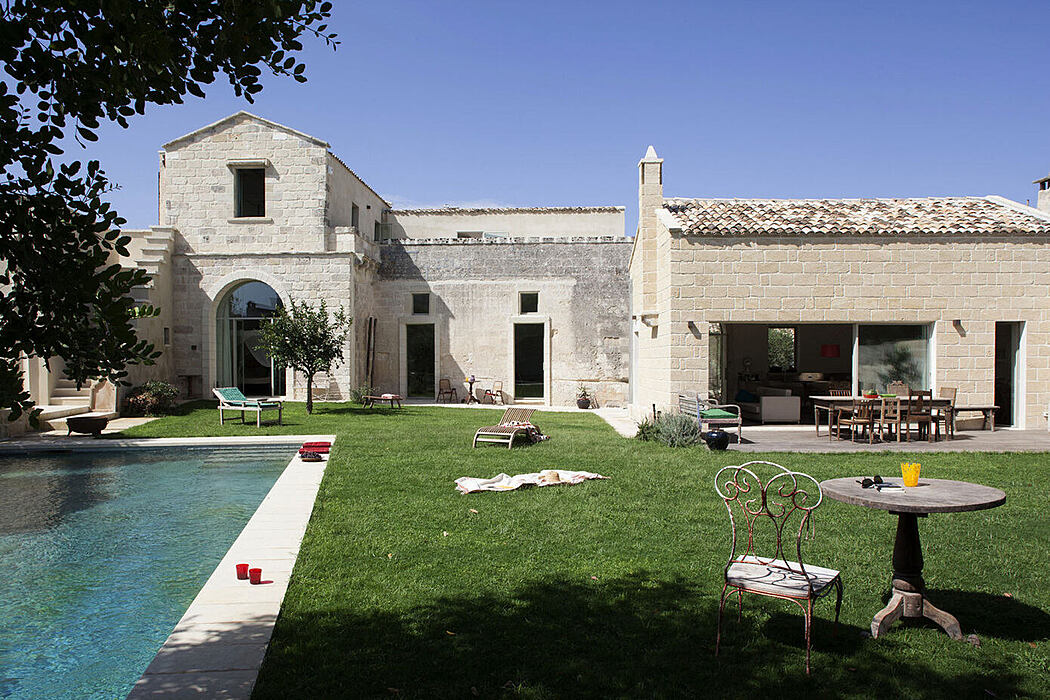 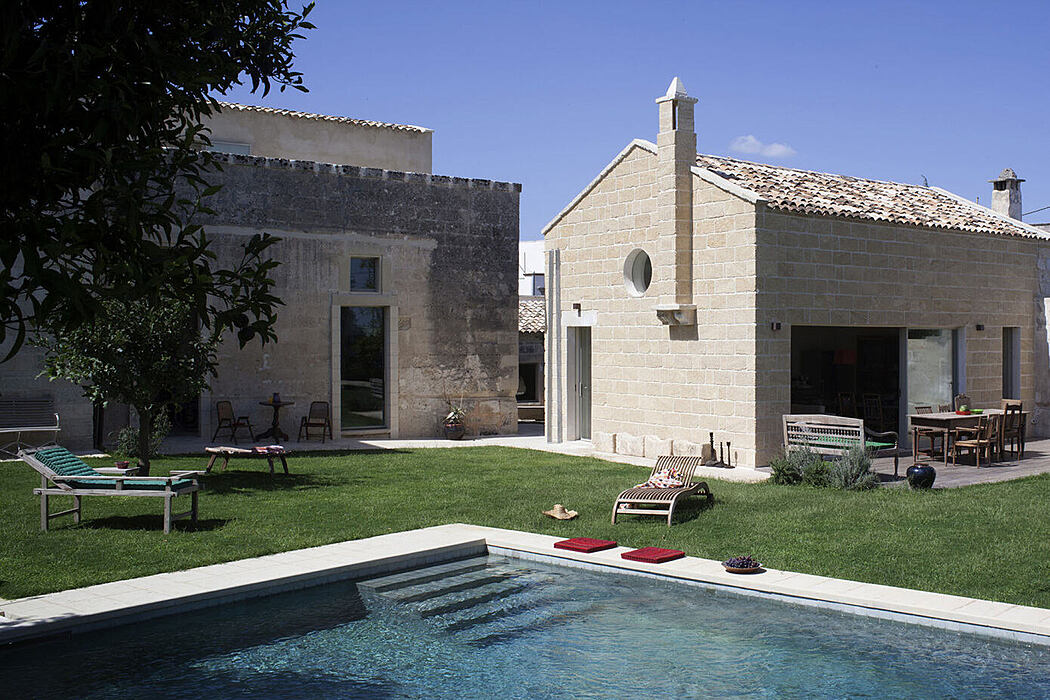 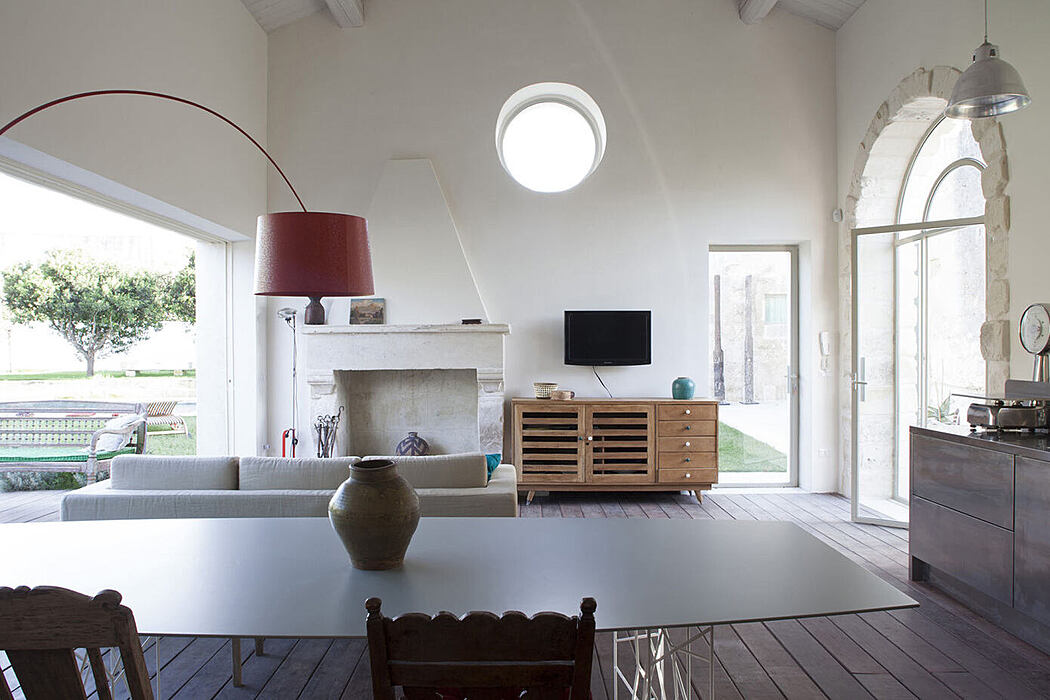 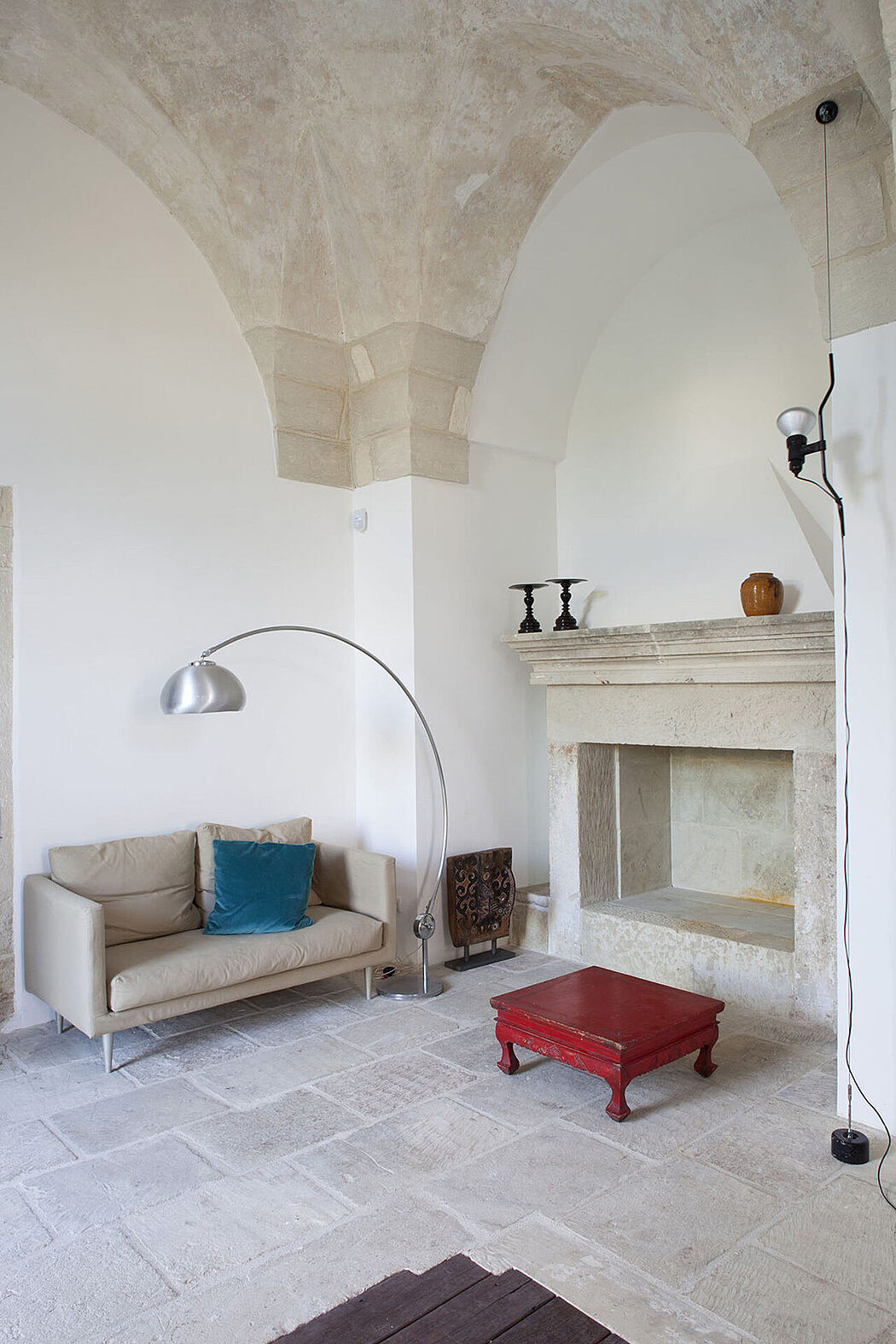 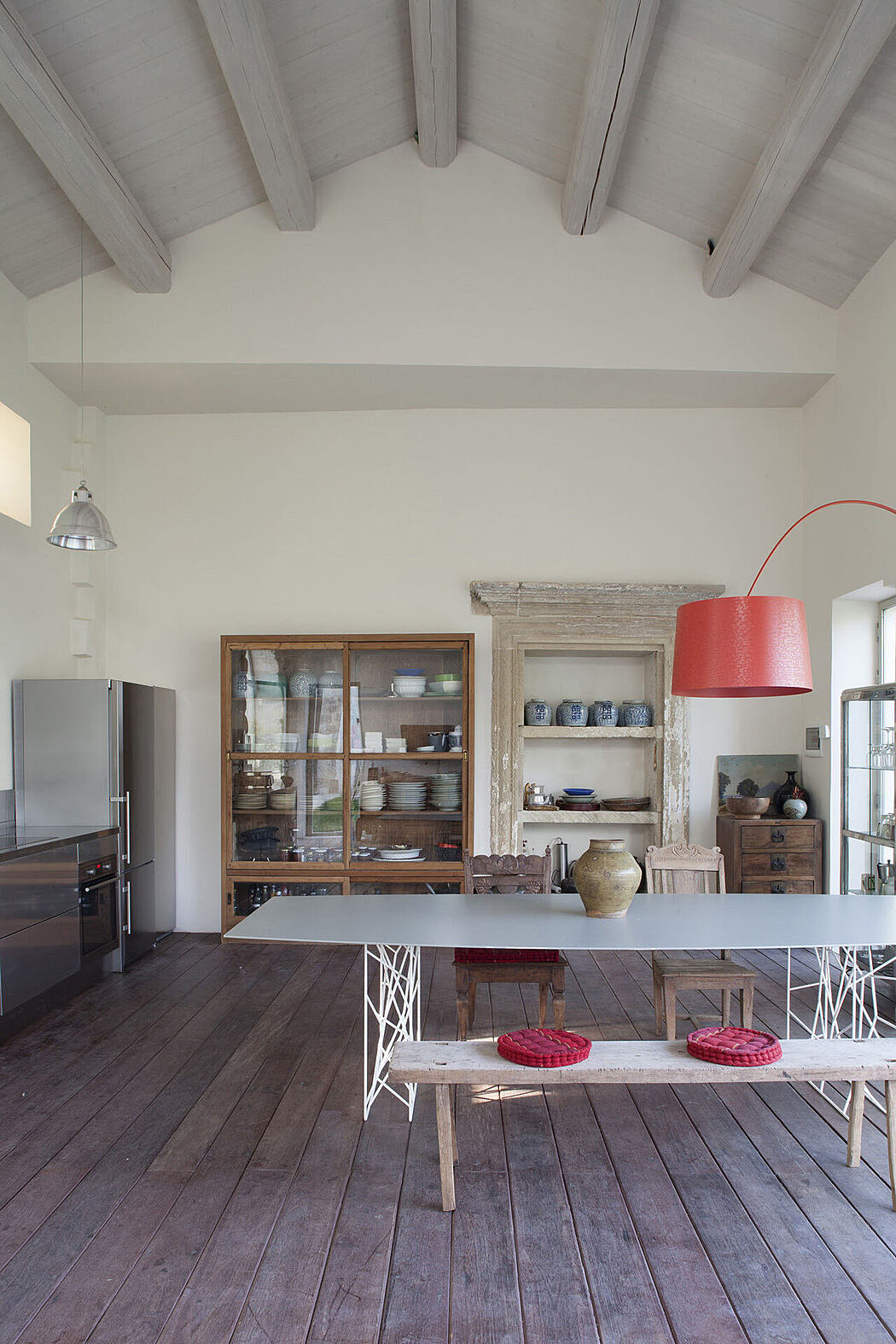 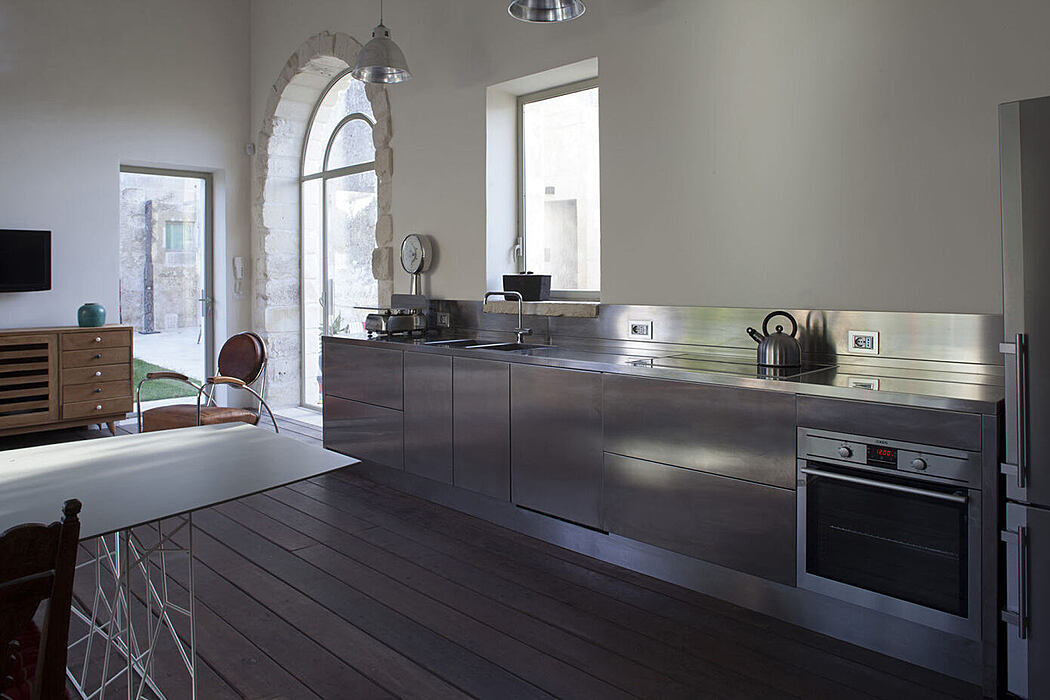 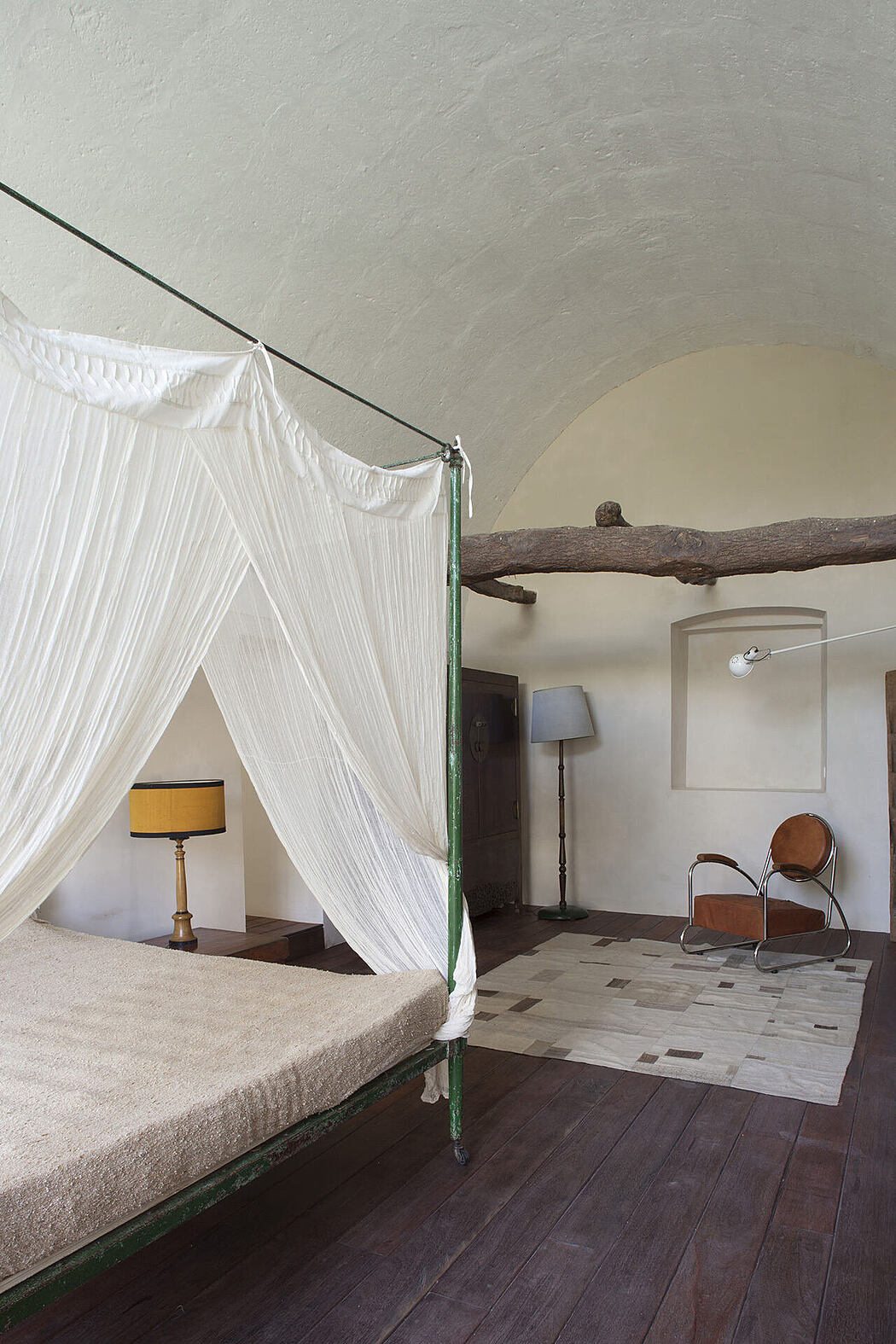 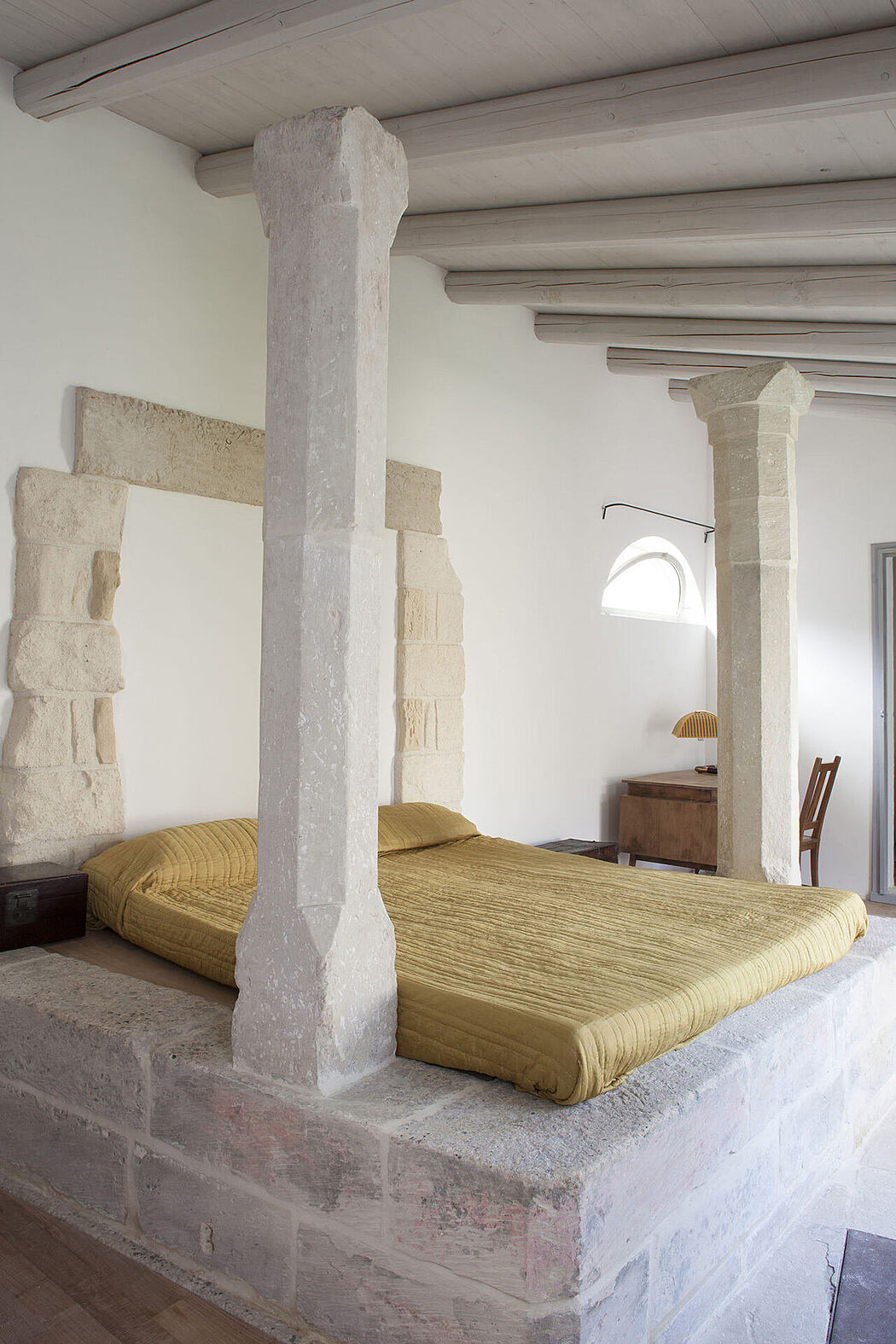 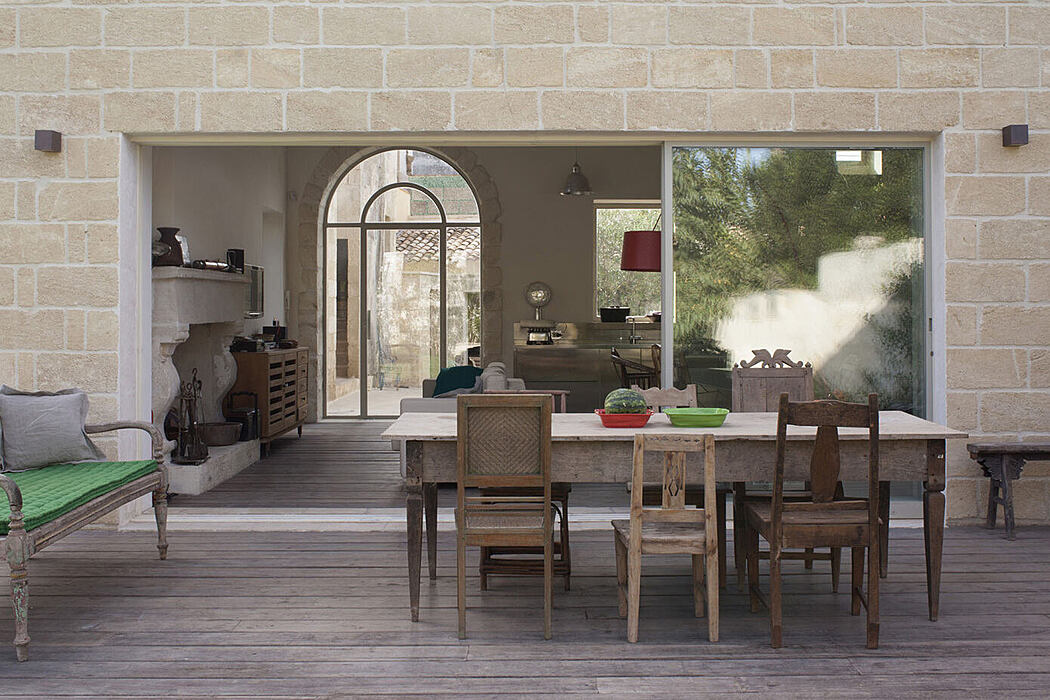 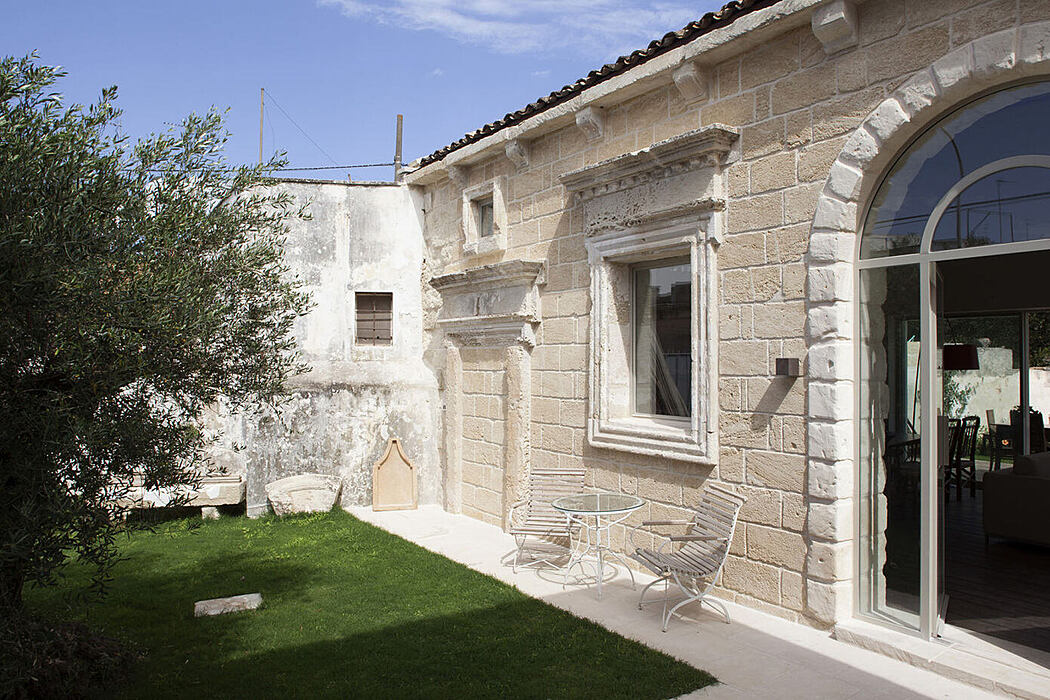 Of the first inspection of the old building, I remember a heap of objects that were used for the production and storage of wine: barrels, glass demijohns enclosed by wicker weaves, terracotta jars, scattered around the large stone vats used for processing grapes and fermenting must. Before the renovation project of this ancient millstone, it was necessary to reconstruct the history of the place, to understand its essence, to imagine the life that had animated it.

The building was articulated in several bodies of the building, some with vaulted roofs others with wooden pitched roofs, located around outdoor spaces of relevance, namely an entrance courtyard and a large garden.

The intervention was conservative for all the existing volumes except for the central core, of which, following a collapse during construction, only a portion was rebuilt. This made it possible to expand the outdoor space, connect the entrance courtyard to the garden, and provide greater flexibility in the pathways.

Thus, around the central core that houses the living area and kitchen are articulated the others used as bedrooms and services, which remain independent of each other and enjoy a direct relationship with the outside.

These places, once devoted to work, have been rethought according to a contemporary use program, and special attention has been paid to the possibility for the user to fully experience the living spaces in their totality and autonomy, even during the cohabitation of several households.

In this project, the ancient pre-existences in their original state coexist simultaneously with the objects and habits of contemporary living in measured balance.