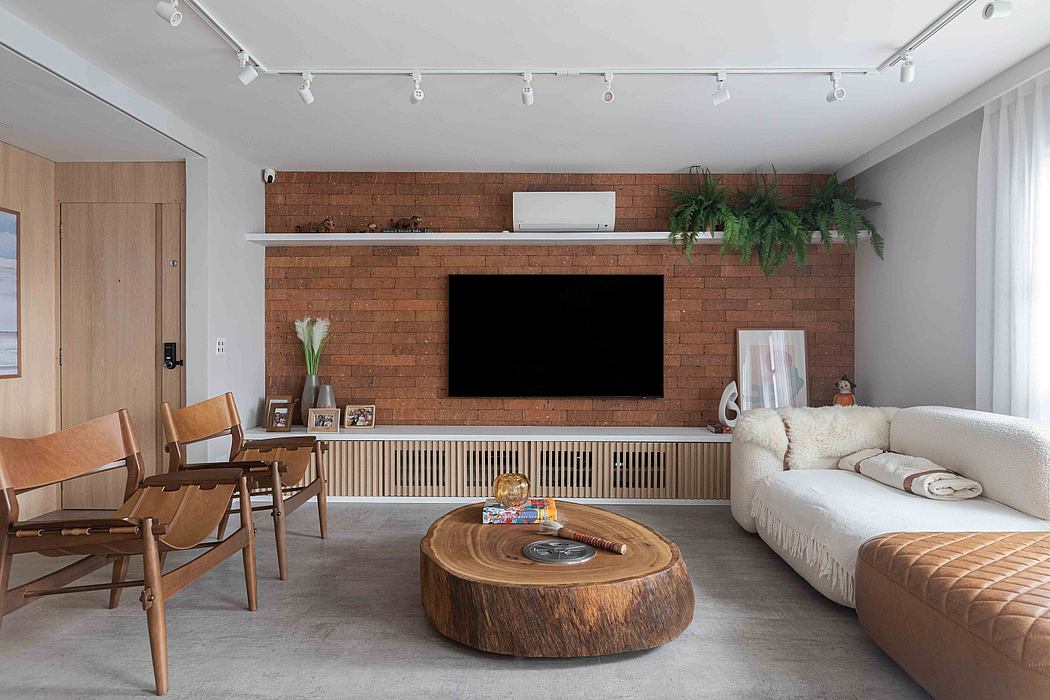 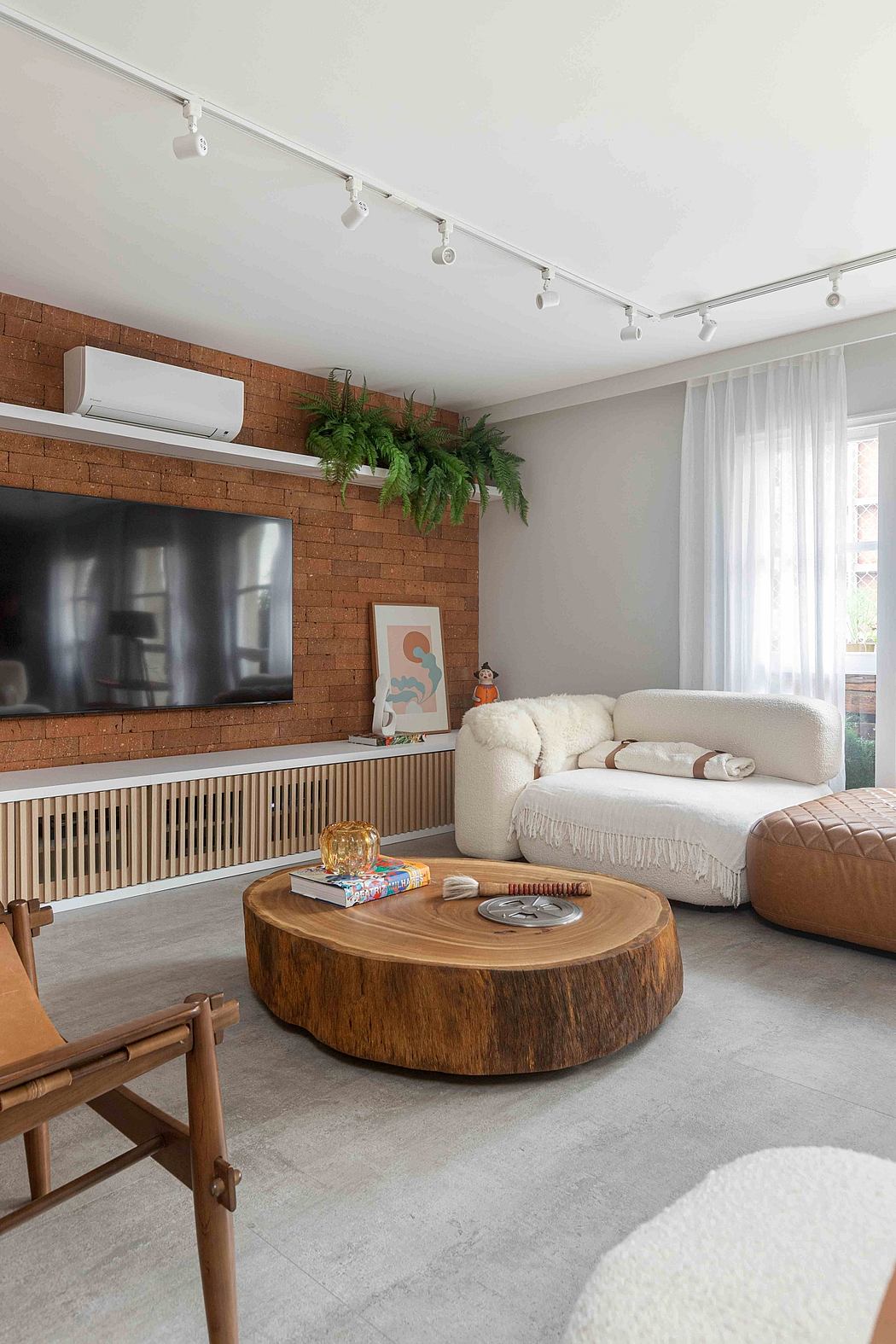 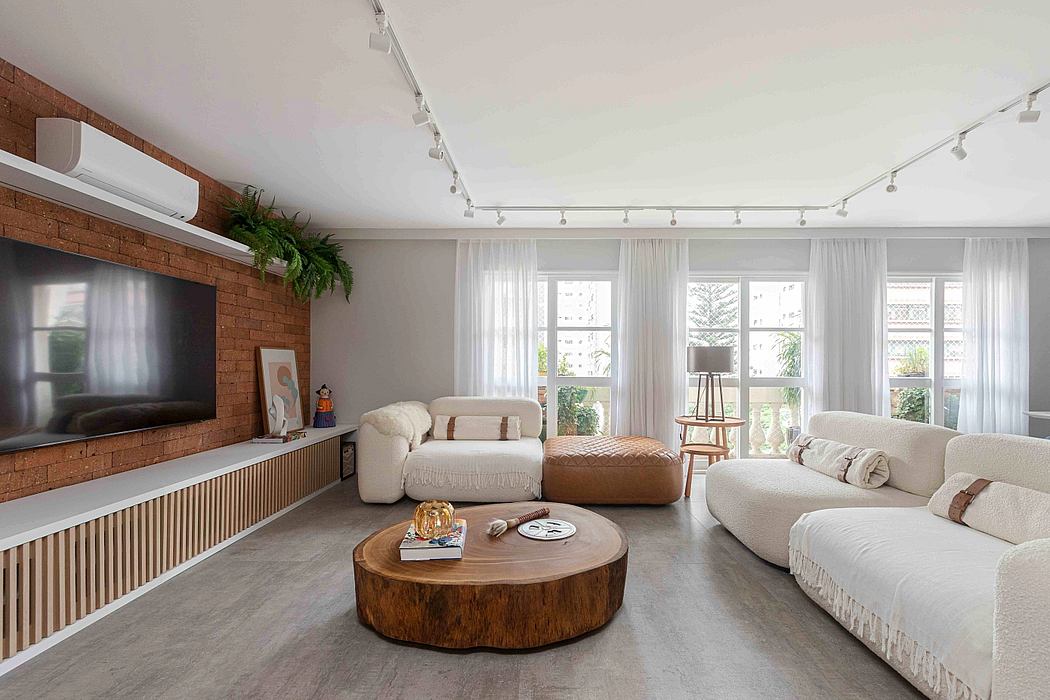 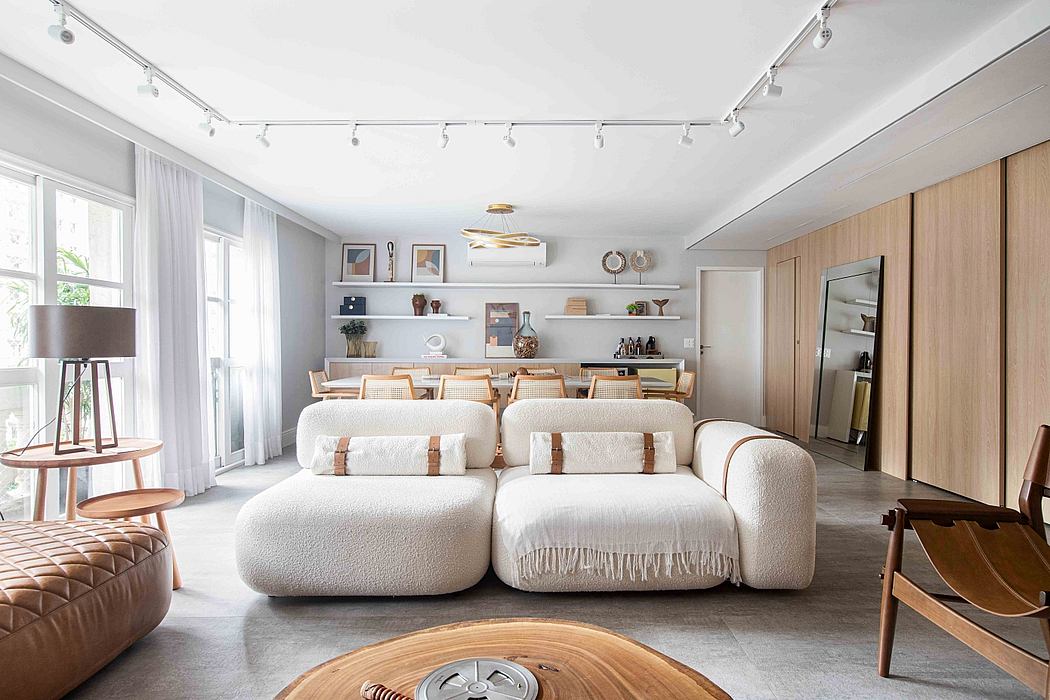 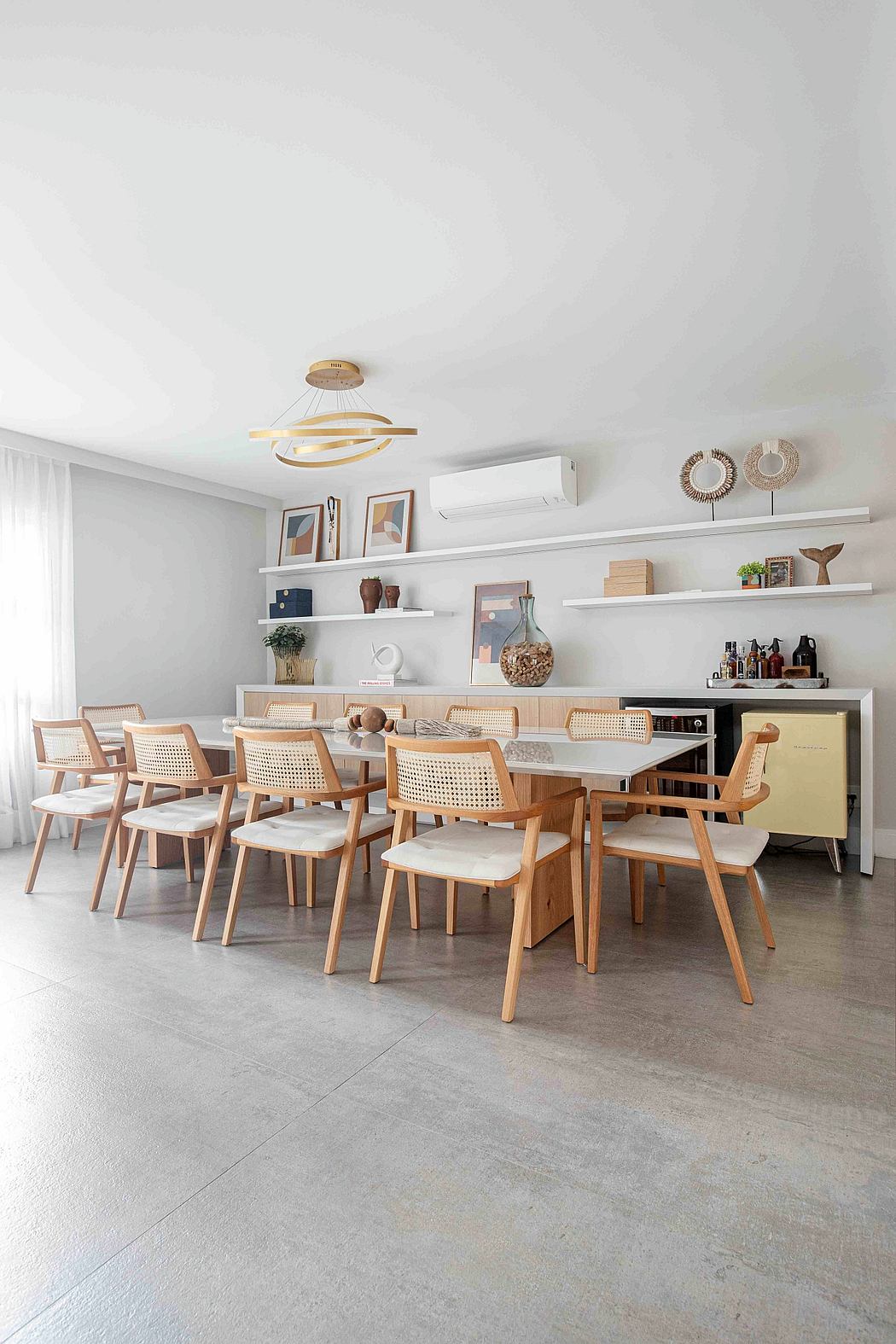 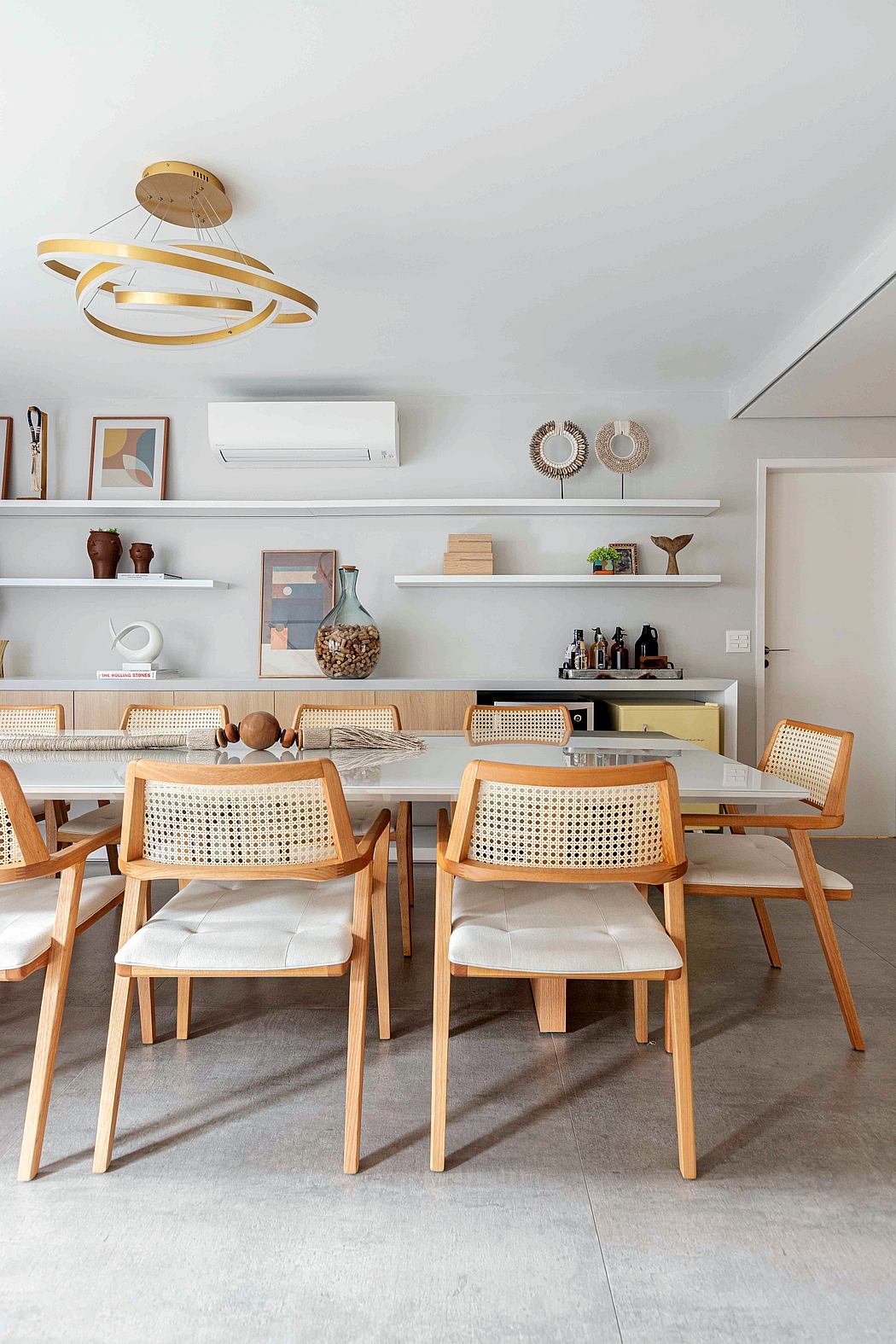 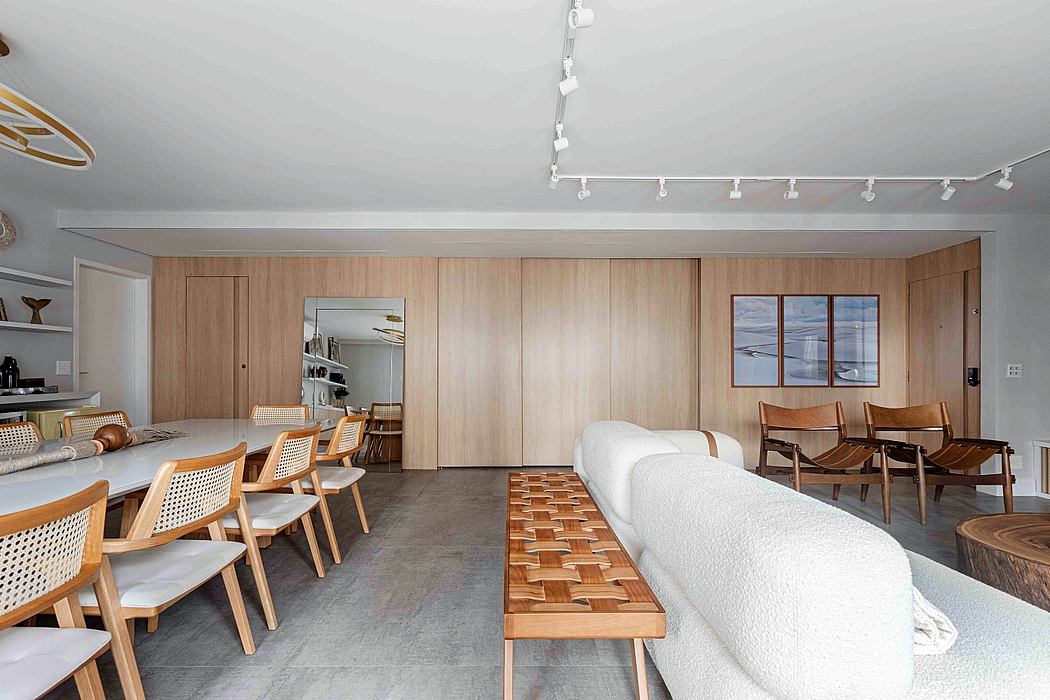 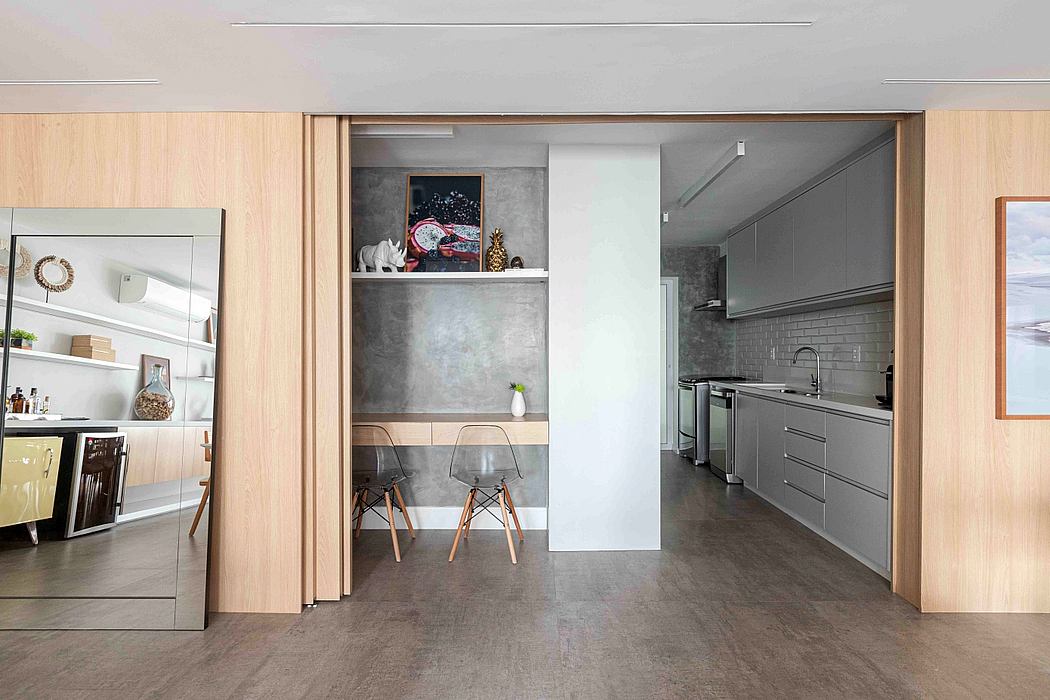 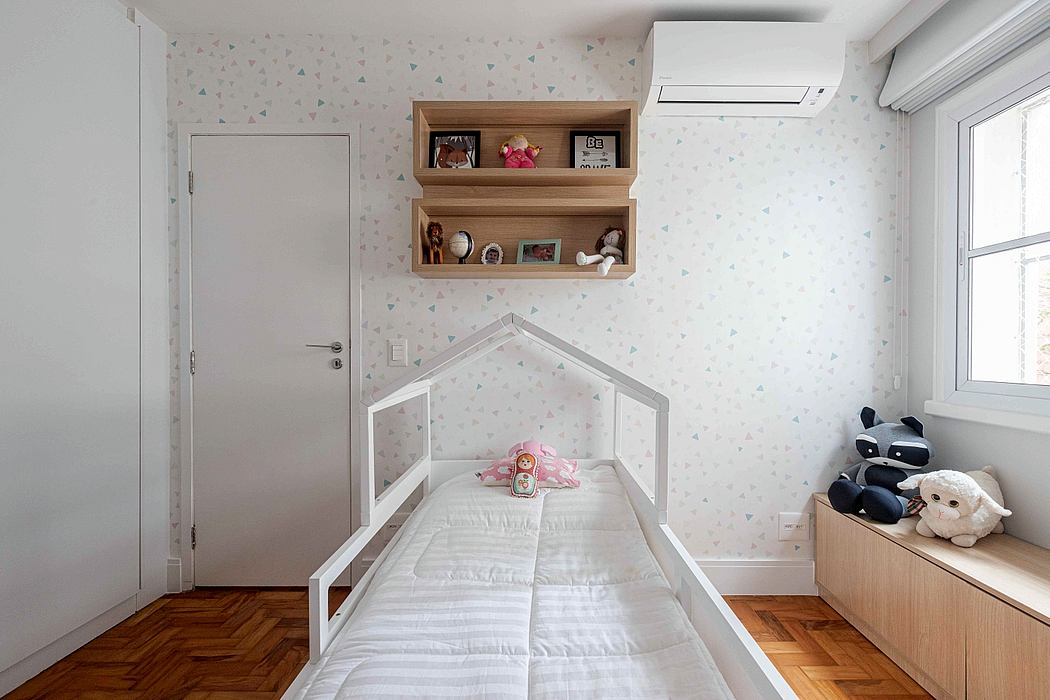 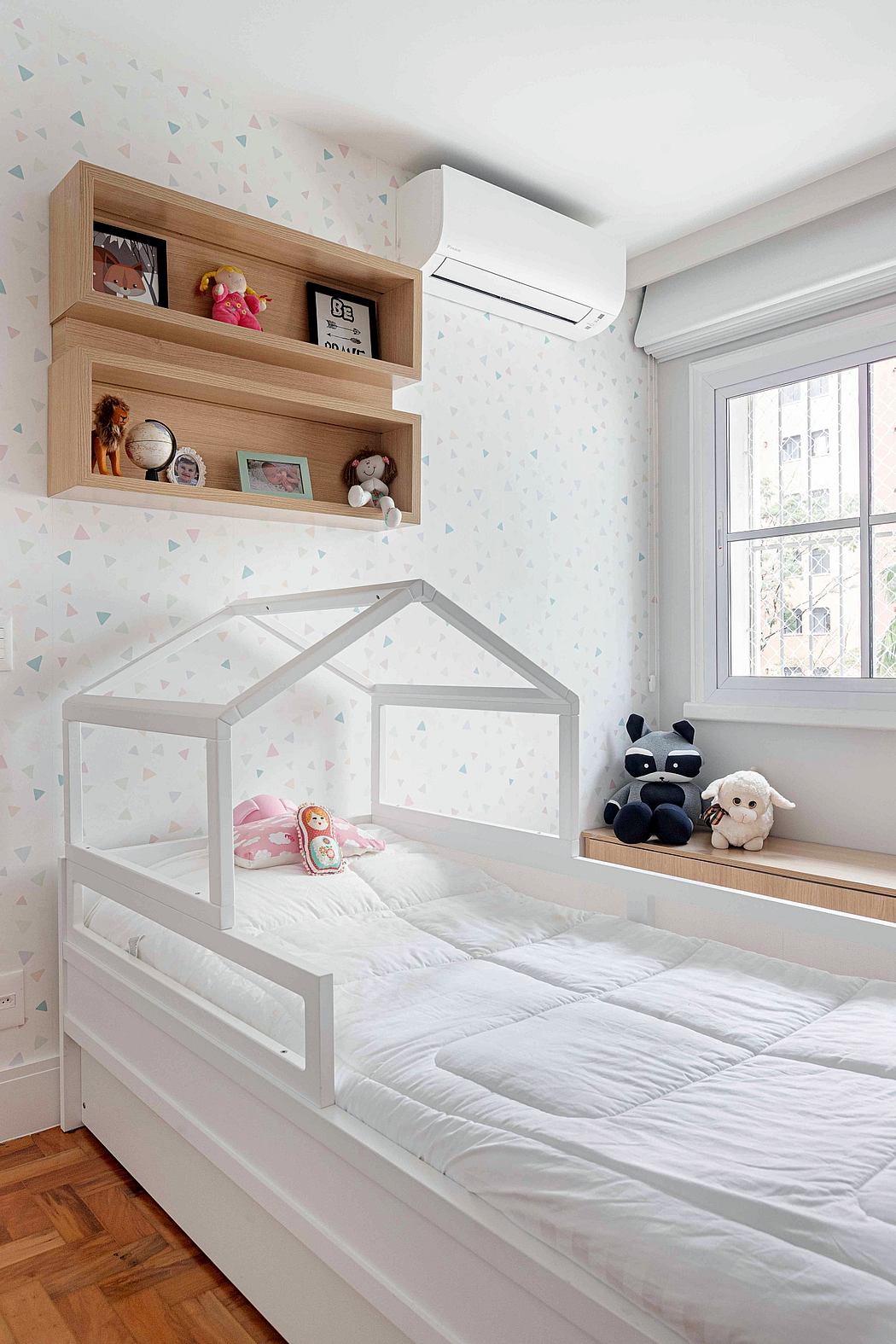 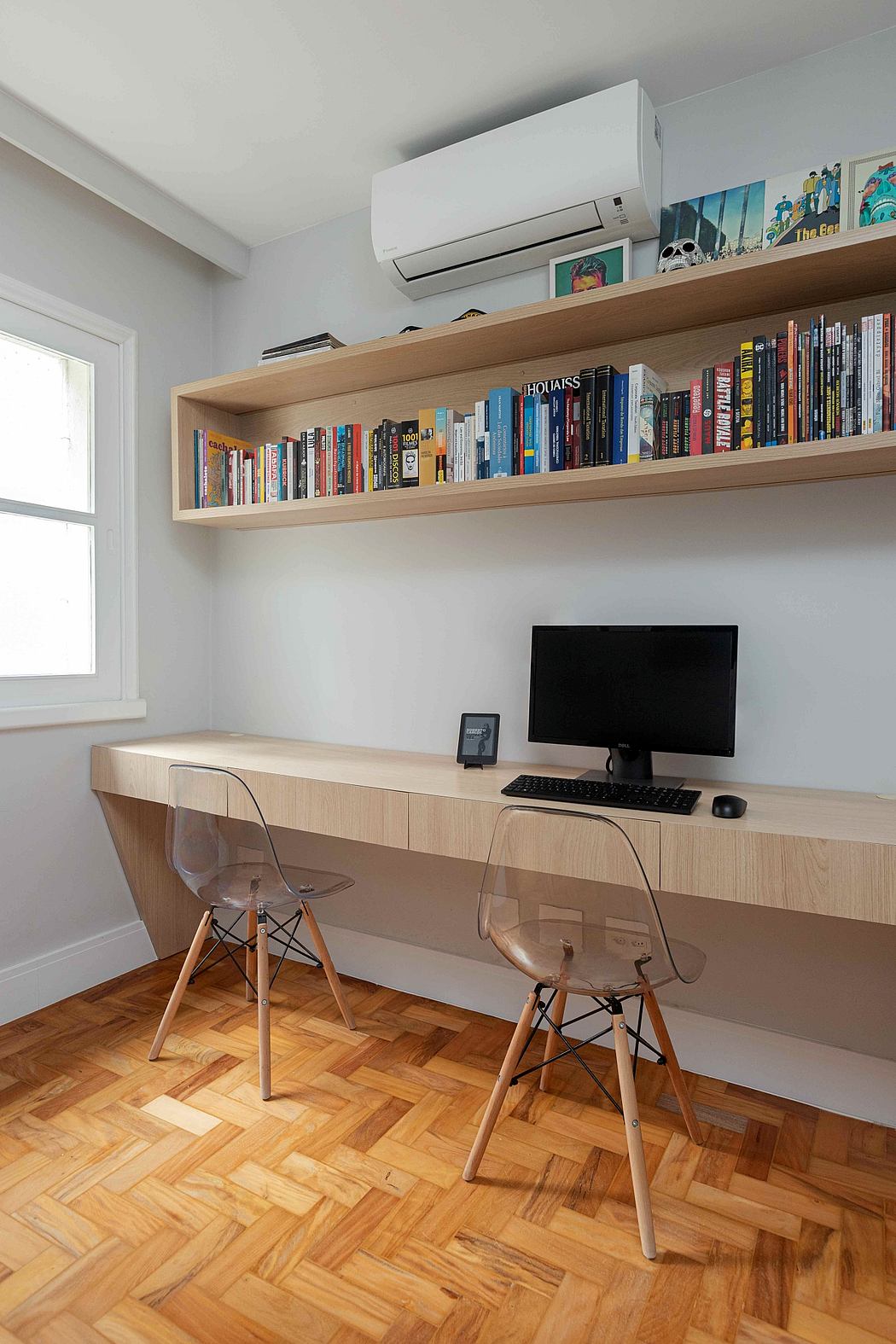 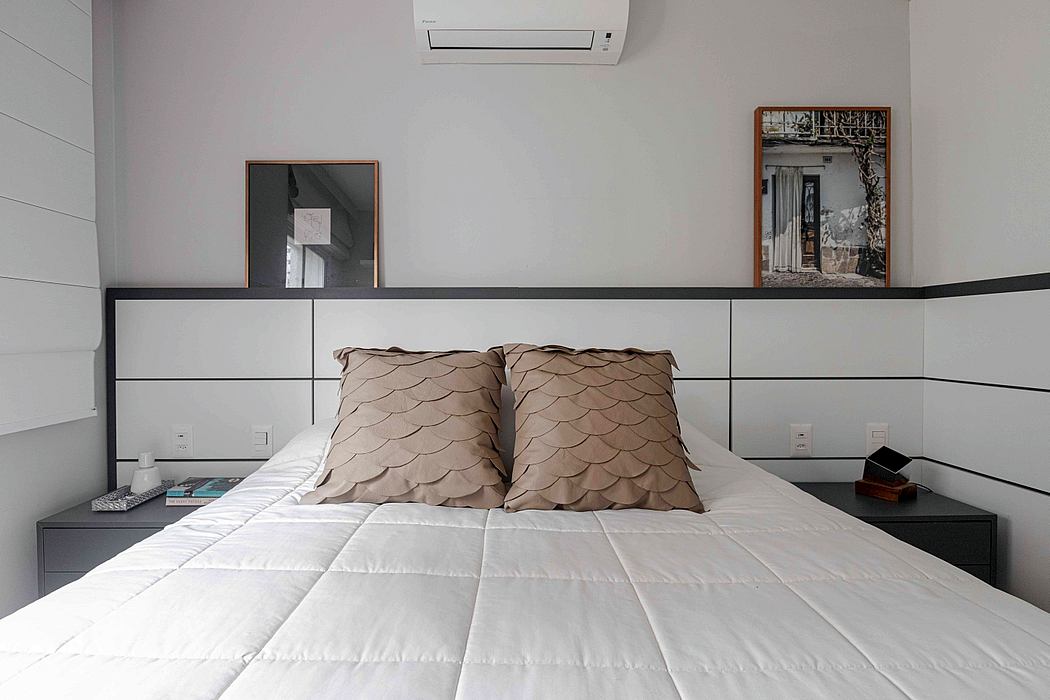 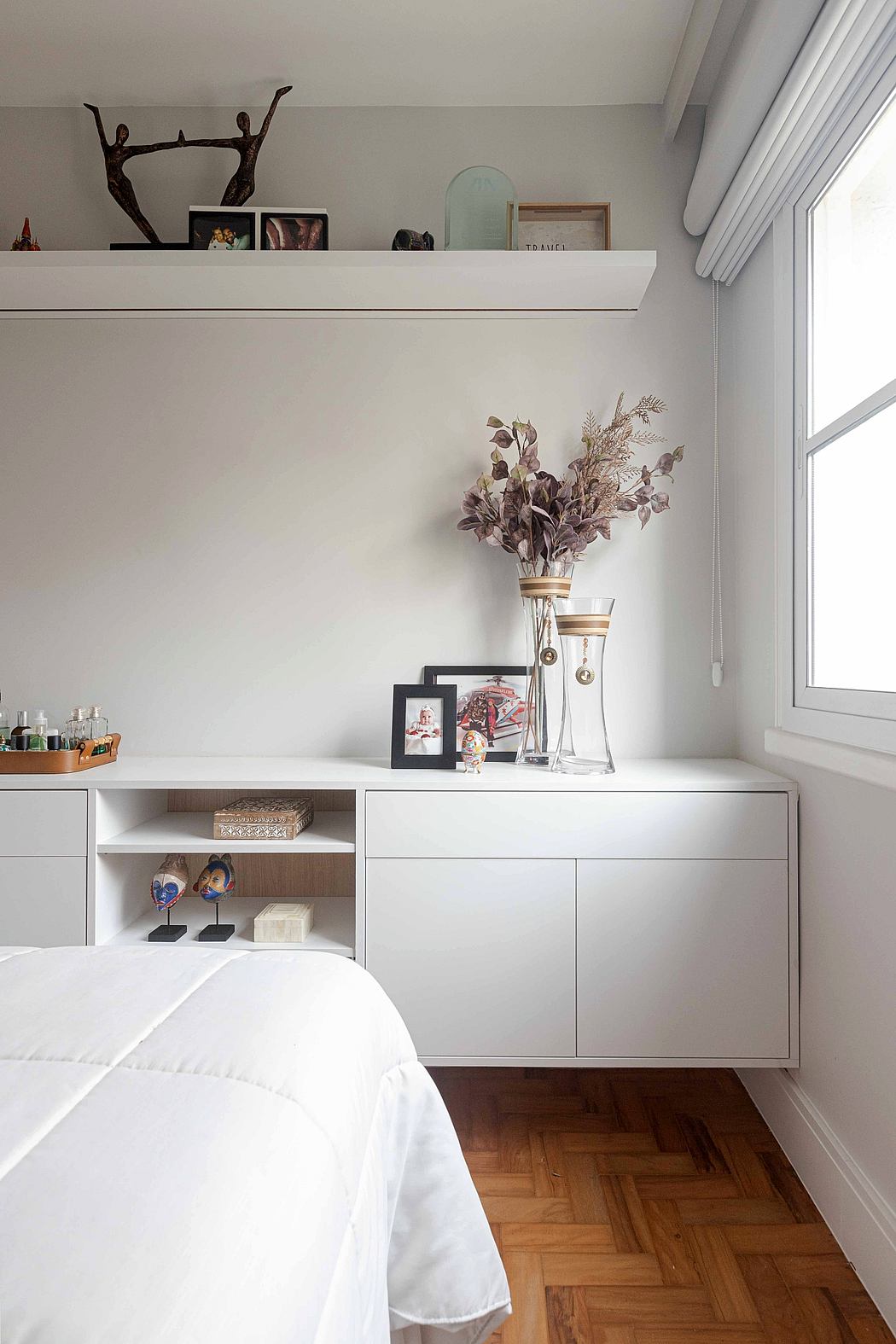 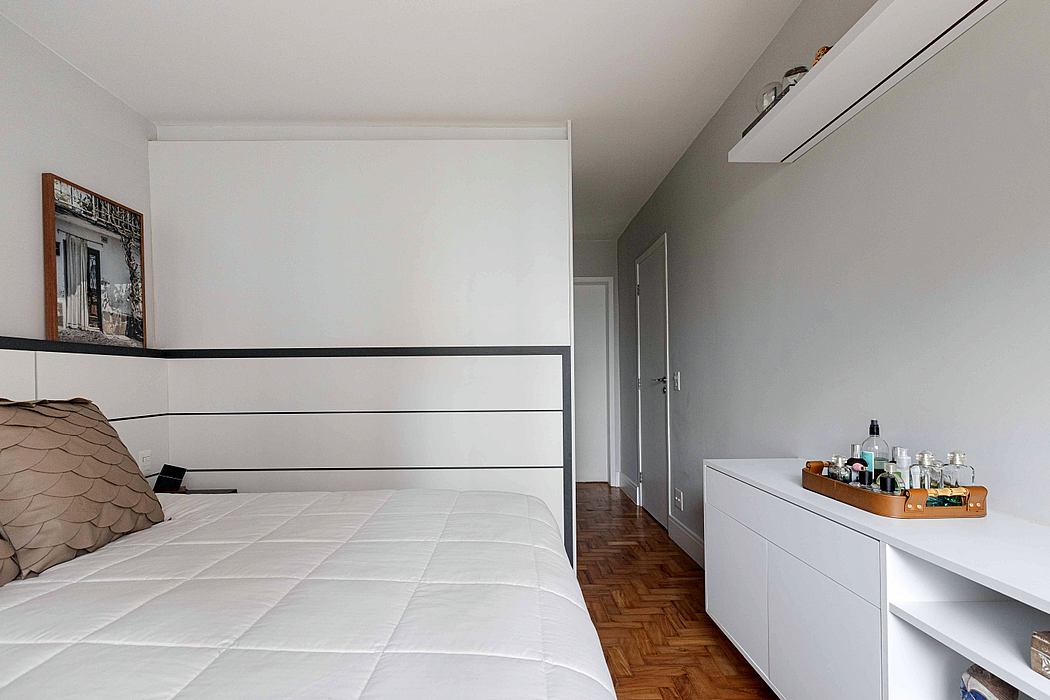 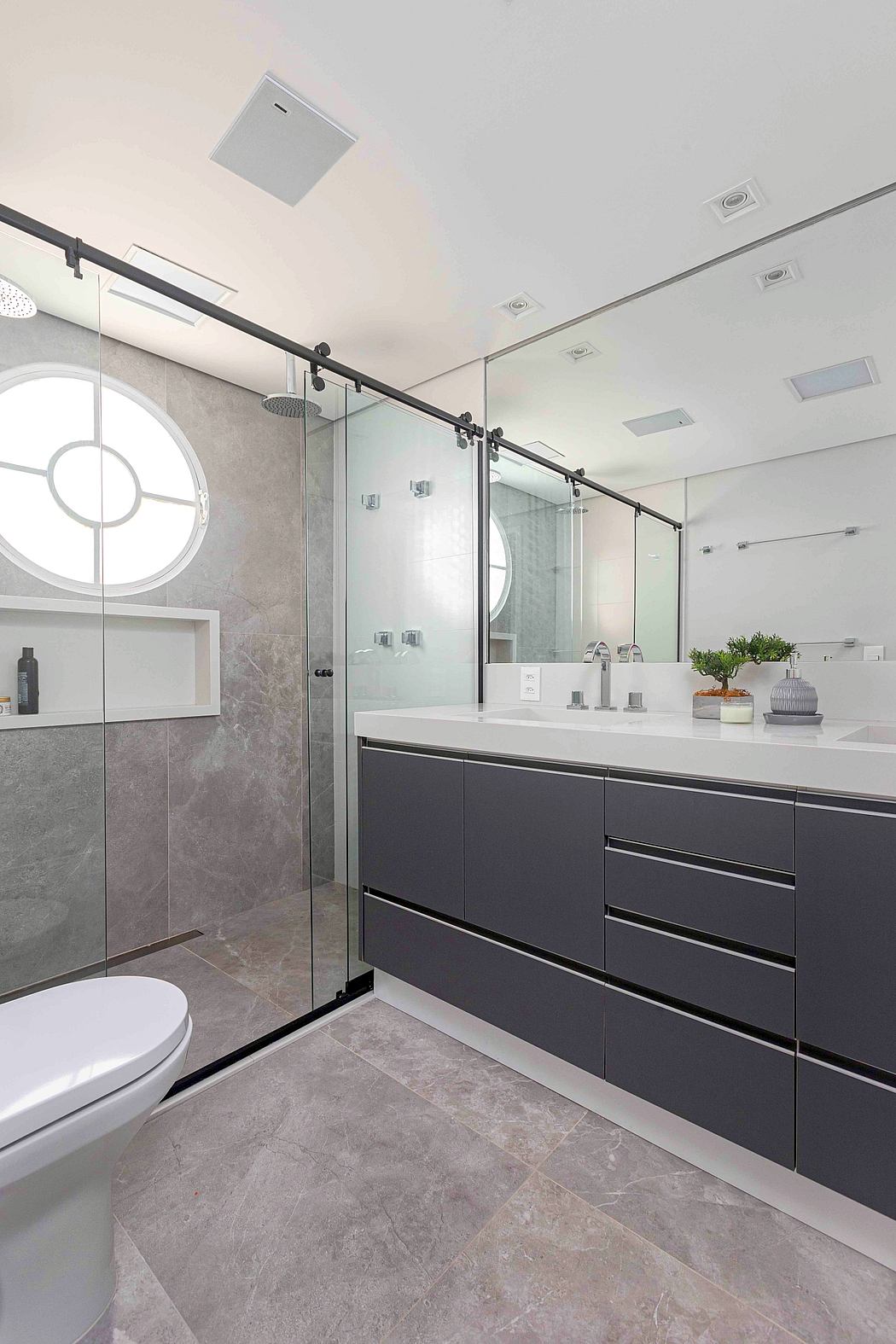 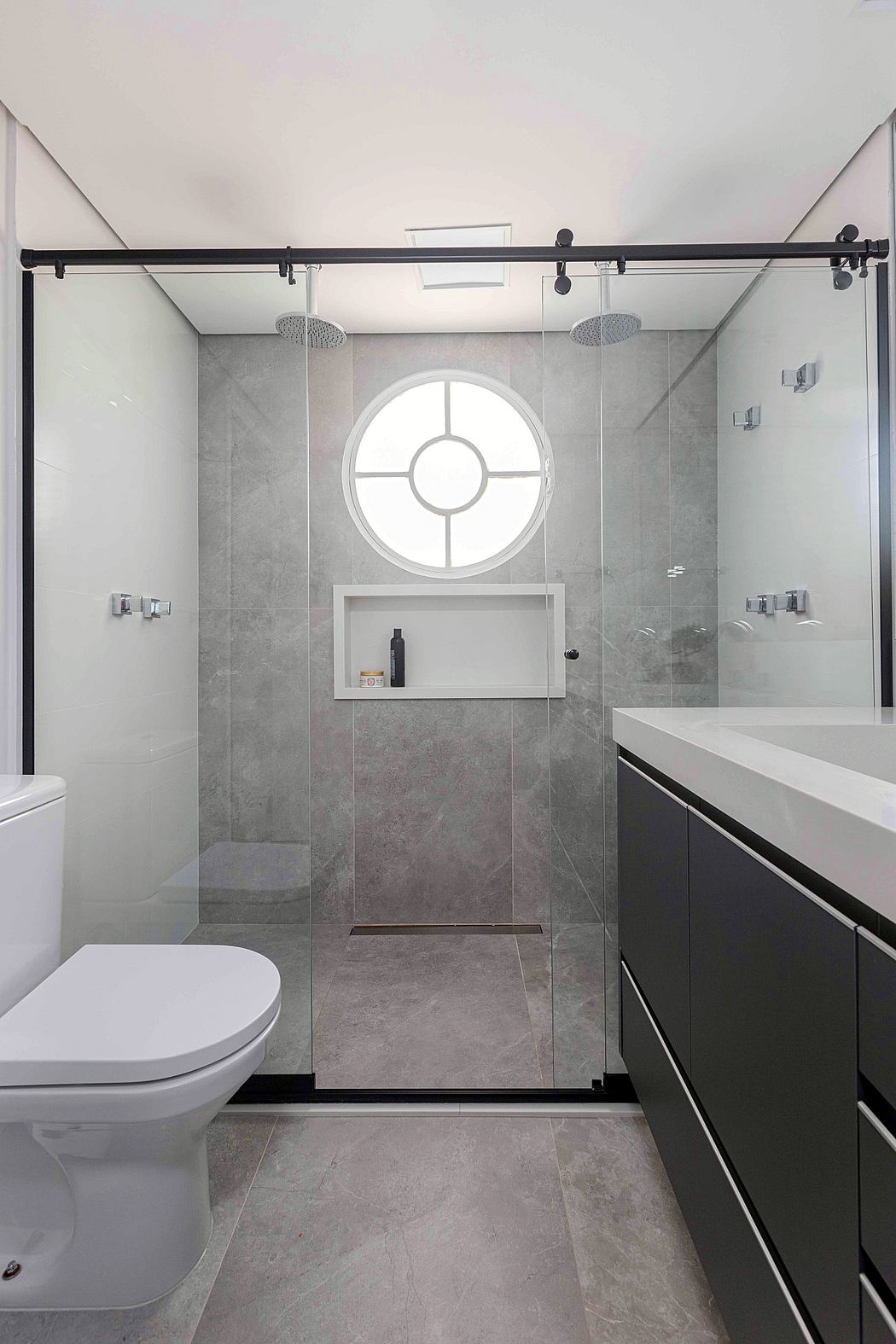 A 180 m² , located in the Jardins neighborhood in São Paulo, received a new interior architecture project signed by the office C2HA Arquitetos.

The couple wanted their new home to be modern, comfortable, with fluid and adequate environments for the family’s routine. As both need to work from home sometimes, they asked for a more isolated and functional home office. Besides, with a small daughter, they wanted a playroom, an exclusive space for her to feel at ease to play and mess as she wanted.

The project’s starting point was to bring a cosmopolitan style to the apartment, with more urban finishes and, at the same time, to break the monotony and create more interesting environments with some rustic touches.

Thus, the office opted for a large format porcelain tile that simulates the look of concrete for the living room and kitchen floors, and for burnt cement for the kitchen and bathroom walls. The breaks with rustic details happened with the brick wall in the living room and the warmer tone of the wood paneling. In the intimate areas, the existing wood plank was reused and restored, providing more coziness to the bedrooms.

For a striking but weatherproof result, the architects bet on more neutral colors in the other rooms, such as white and gray, which ensured more emphasis to the decorative items and lightness to the final project.

The main challenge, according to the architects, was the installation of the air conditioning equipment. As the apartment did not have a ceiling height that would allow the installation of a plaster ceiling (especially in the living room), it was necessary to divide it into two different cores and use two condensers to avoid too many cuts in the infrastructure passage. The condensers were positioned on the balcony of the living room – which, being very narrow, would not have much functionality – and to disguise the machines and make it difficult for the couple’s daughter to access them, the architects invested in landscaping and selected several types of plants to be part of the environment.

The project’s highlight is the very large living room with contrasting materials that dialogue very well: wood, brick, and concrete. With striking design, furniture from Clami, Prototype and ArboREAL were favored, which complemented the mixture of urban and rustic and added to the look of the apartment. Thanks to the articulated wood panels it was possible to make the use of the spaces more flexible, separating or completely incorporating the kitchen from the social area.

The lighting project was designed with the intention of enabling a series of scenarios for different times of the day: with indirect lighting for more relaxing occasions and general lights for work periods that require more focus and attention. In addition, the track lighting in the living room also fulfills the function of decorating through light, since this type of structure allows you to move the led spots as needed and preferred, illuminating various points according to the arrangement of furniture or decorative objects.