Un Patio House is a beautiful embraced by forest located in Villarrica, Chile, designed in 2021 by Lucas Maino Fernandez. 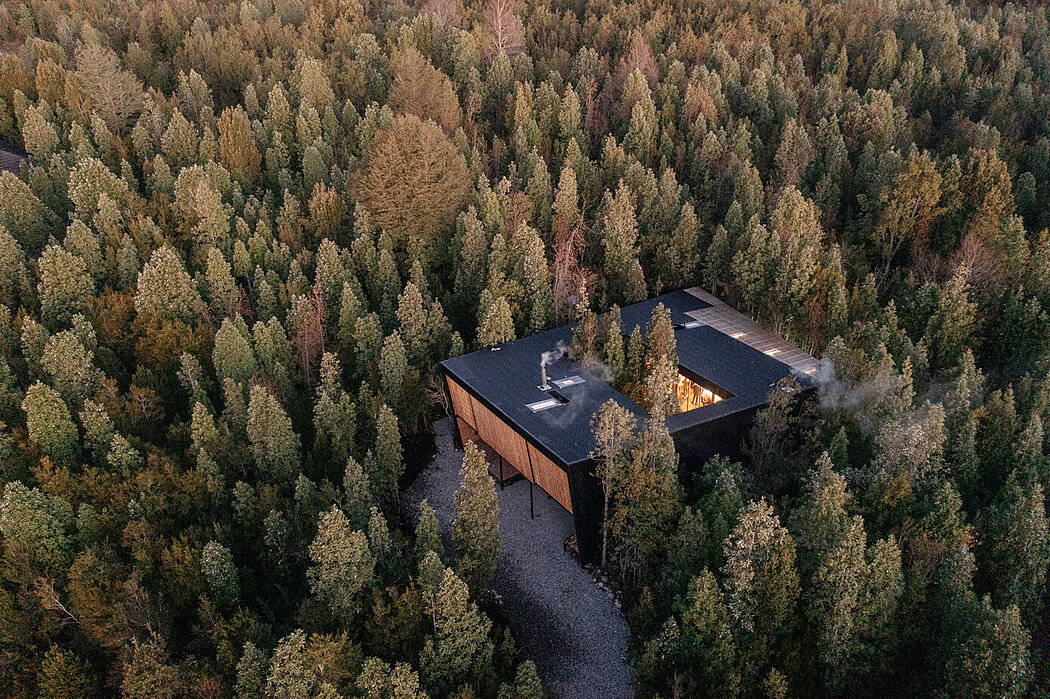 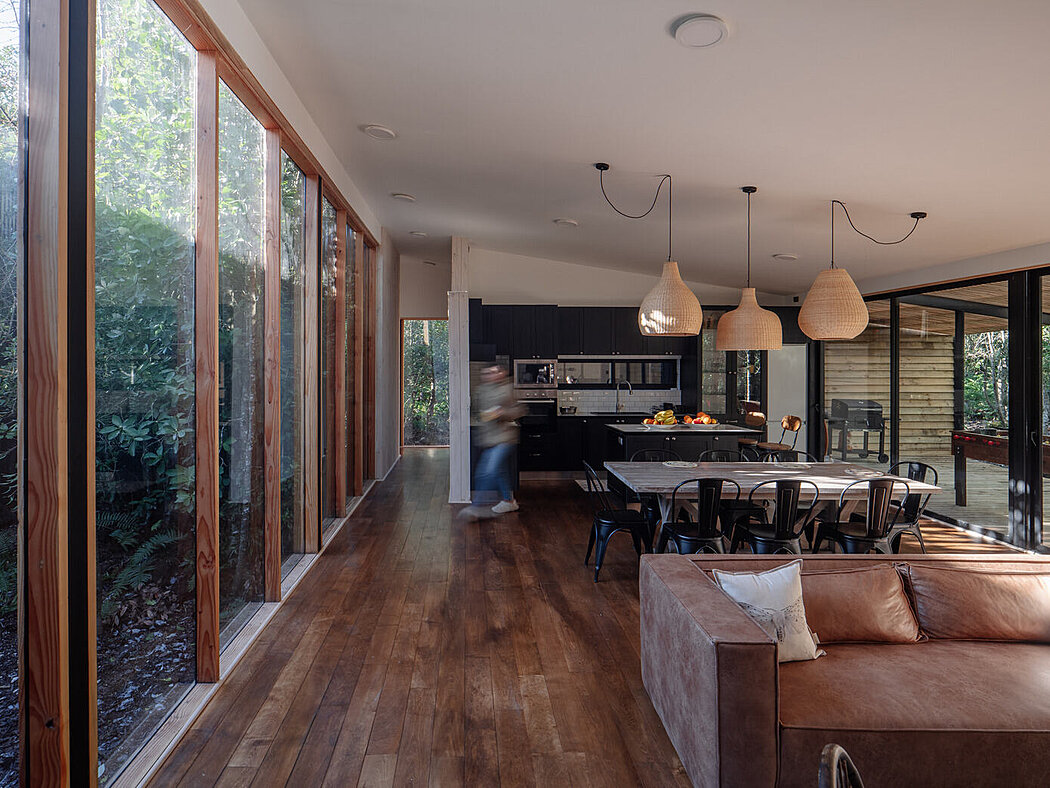 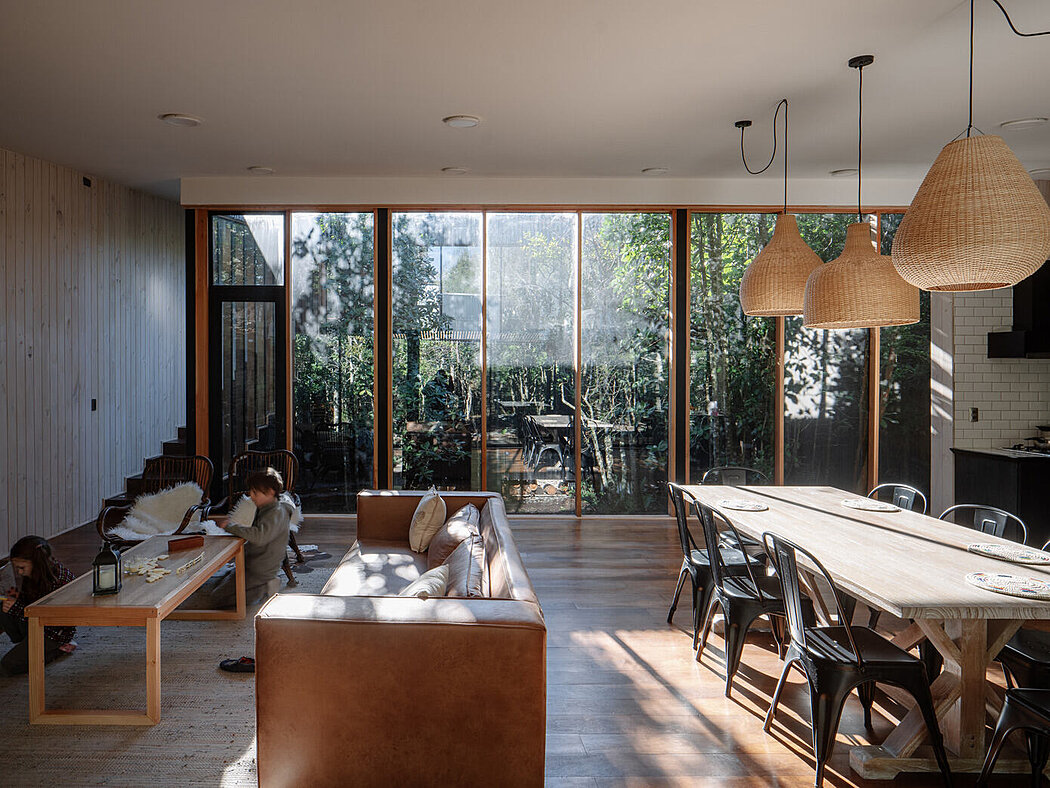 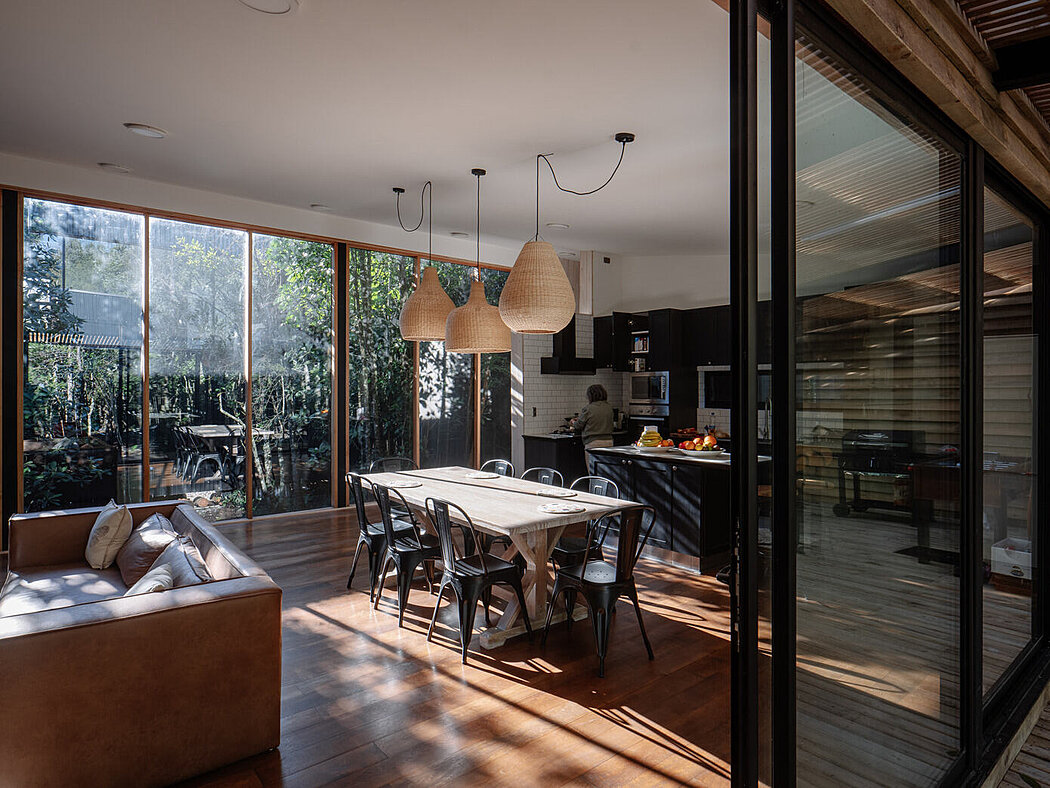 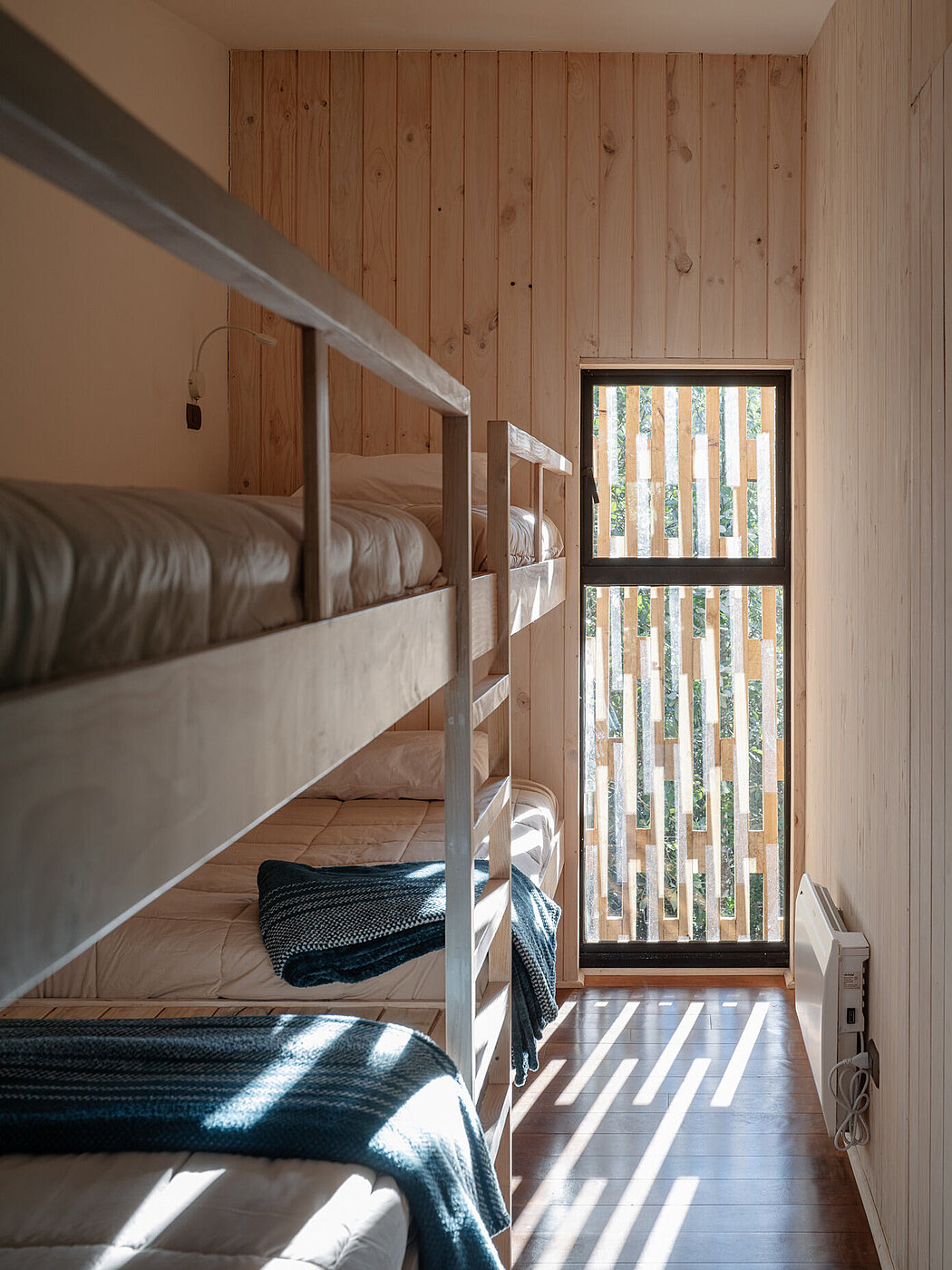 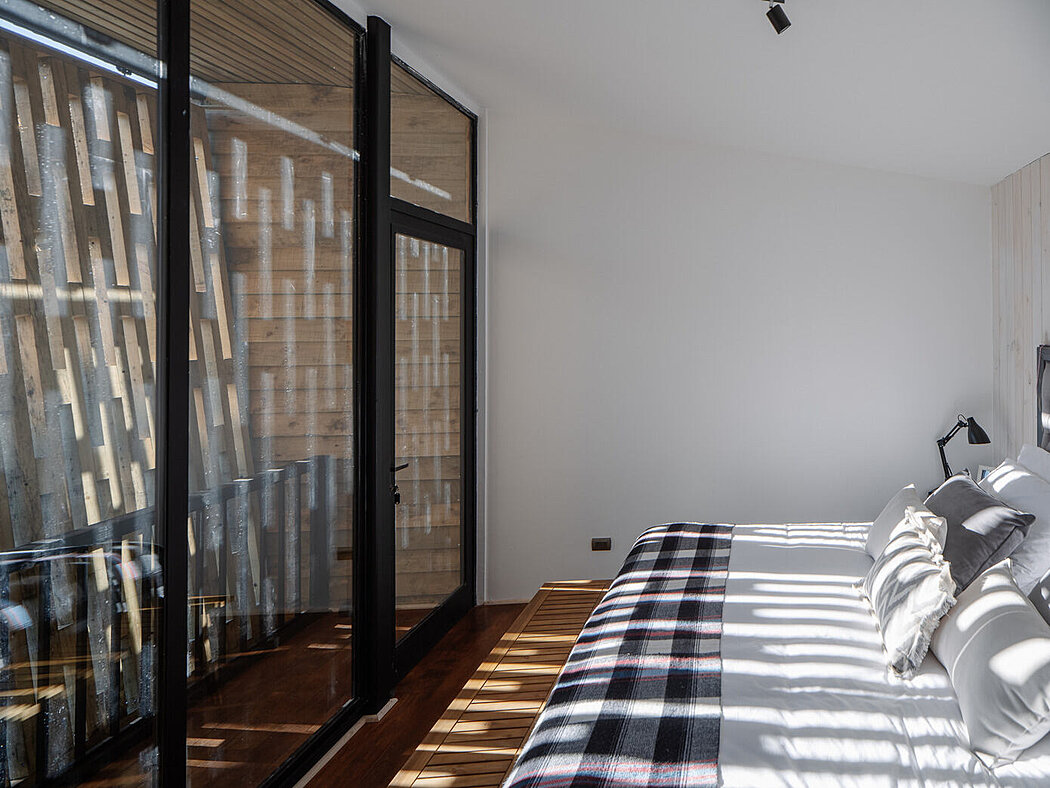 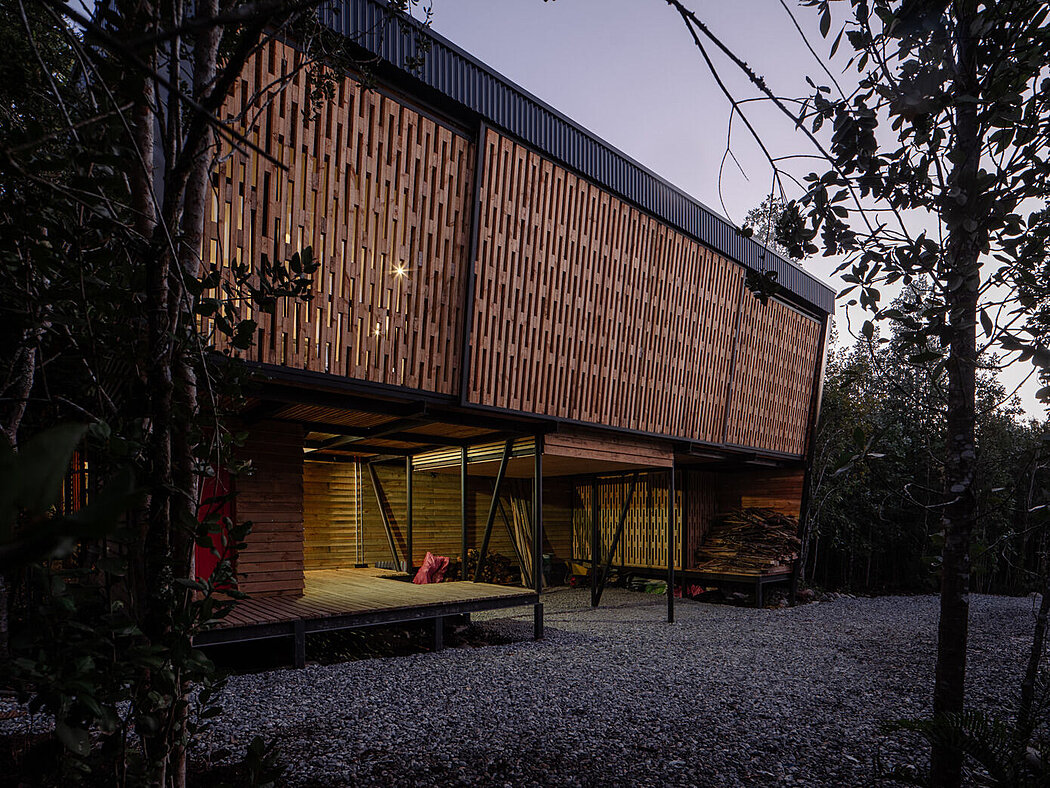 The house is located in Molco at the foot of the northern slopes of the Villarrica volcano in Chile. Between the mountain range and the lake of the same name, the terrain is characterized by its dense and young vegetation and difficult access. Among the main species that stand out in the place are native renewals and ferns that humidify the environment.

Given the conditions of the terrain, one of the main challenges of the project was its placement. The characteristic denseness of the forest establishes complex problems in relation to issues of protection of native species, sunlight, and accessibility. Due to this, the decisions of the project are proposed with simple and clear gestures.

In accordance with these ideas, the central operation of the proposal is to create an interior void, with the purpose of enhancing a portion of the forest, framing the context of the sector, and integrating the existing vegetation into the house. This elemental intention introduces this natural element to the project from the center, and not only from the perimeter, as it would have with a closed volume.

Key concepts for the project are established regarding the contrast between the built space and nature. These are the words “amid” and “continuity”. The common areas of the house (living room, dining room, and kitchen) are located between the interior and the exterior forest. Here, the perimeter transparency of these spaces generates continuity with the outer forest.

Another aspect that the interior patio solves has to do with providing light and heat to the project since the lushness of the forest produces a dark and cool environment. The sunlight provided by the central patio to the house accompanies the internal circulation of the project and its common spaces (living room, dining room, and kitchen).

The north facade of the house corresponds to the access, which rises over three meters from the ground and protrudes from the treetops, allowing it to capture northern light. The south facade opens through a window, which connects the forest with the interior of the living room, dining room, and kitchen. The west facade is blind and is the back of the staircase that connects the first level with the second. Finally, the east facade accompanies the access corridor, which is largely glazed, incorporating the forest and natural morning light.

Casa un patio is a project that responds to resounding operations, which are accompanied by clean decisions. This way of working is reminiscent of design principles or tools typical of an architecture workshop, where the problems are easy to read, mainly associated with the context, so the answers are simple and clearly related to a way of inhabiting the landscape.