The Stripes House by Rozen Architects

Discover The Stripes House – an extraordinary designed by renowned architect Ron Rozen of Rozen-Linenberg Architects. Located in the pastoral coastal neighborhood of ‘Nof Yam’ in Herzliya Pituach, Israel, this beautiful home is the perfect blend of open spaces and private areas.

Featuring a recurring element of striped patterns that connect the exterior to the interior, this stunning house grants its residents breathtaking views of the Mediterranean and a sense of peace and tranquility. With a combination of gentle elements, this house has become a melody of art and architecture. 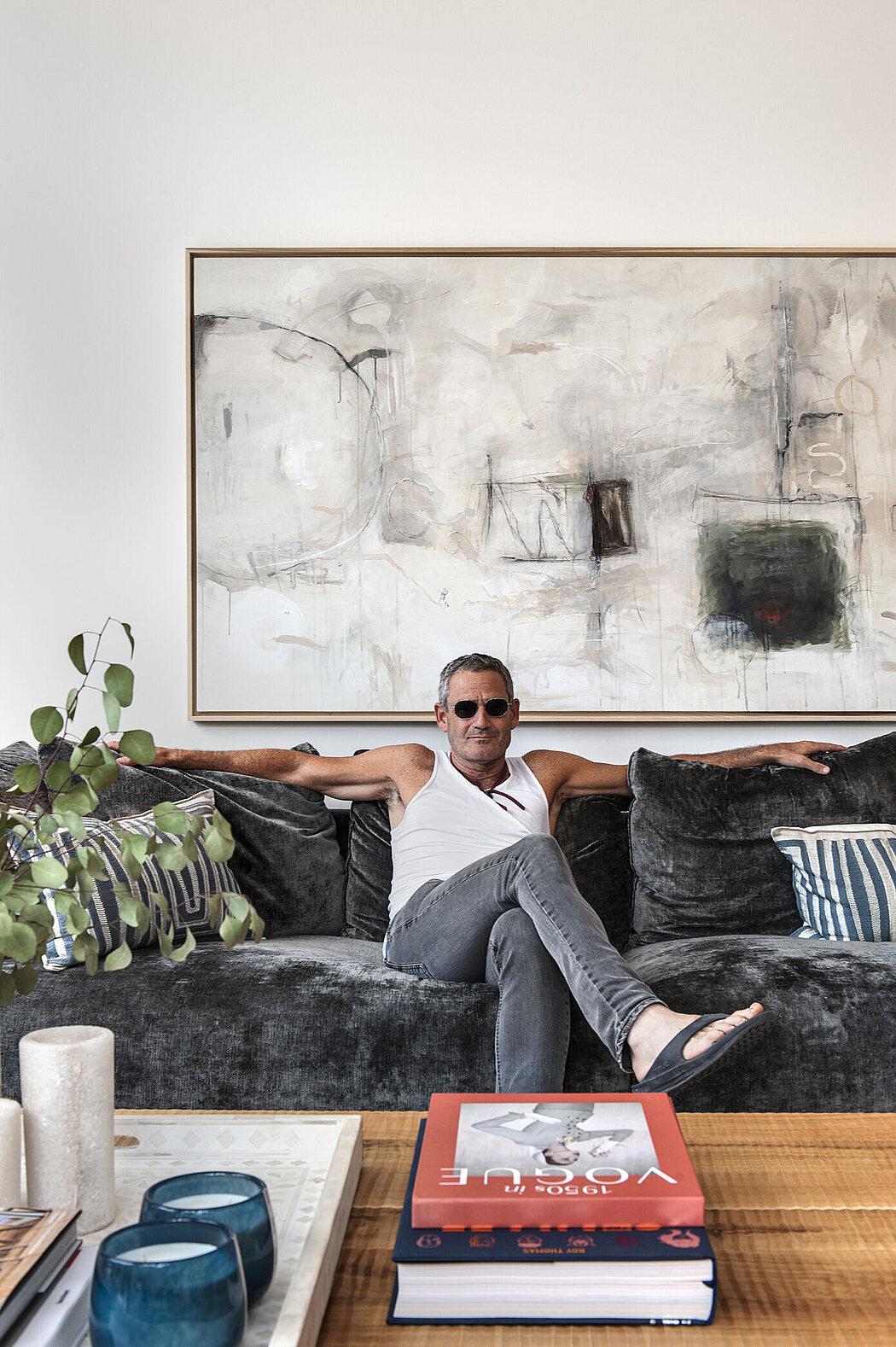 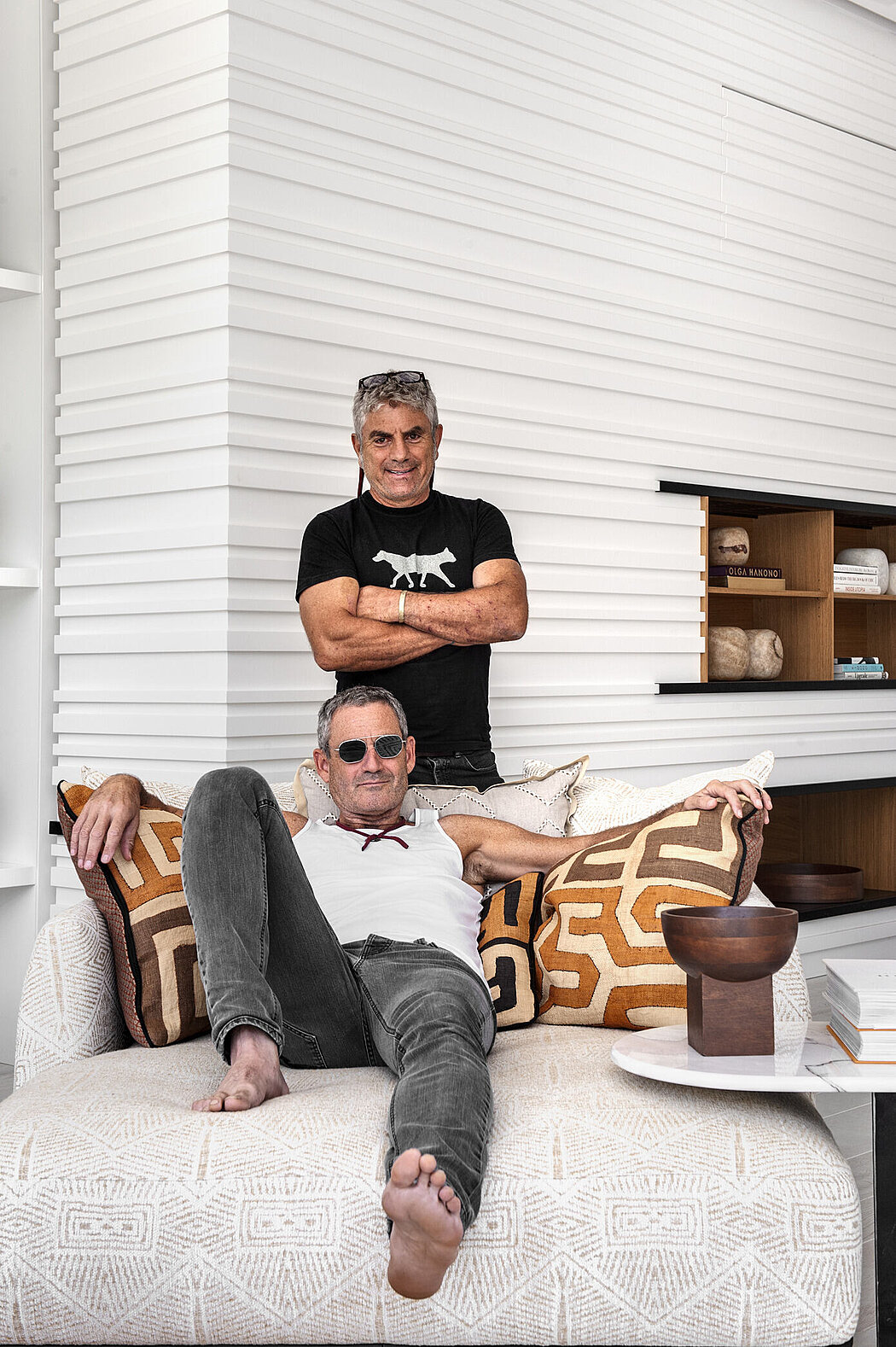 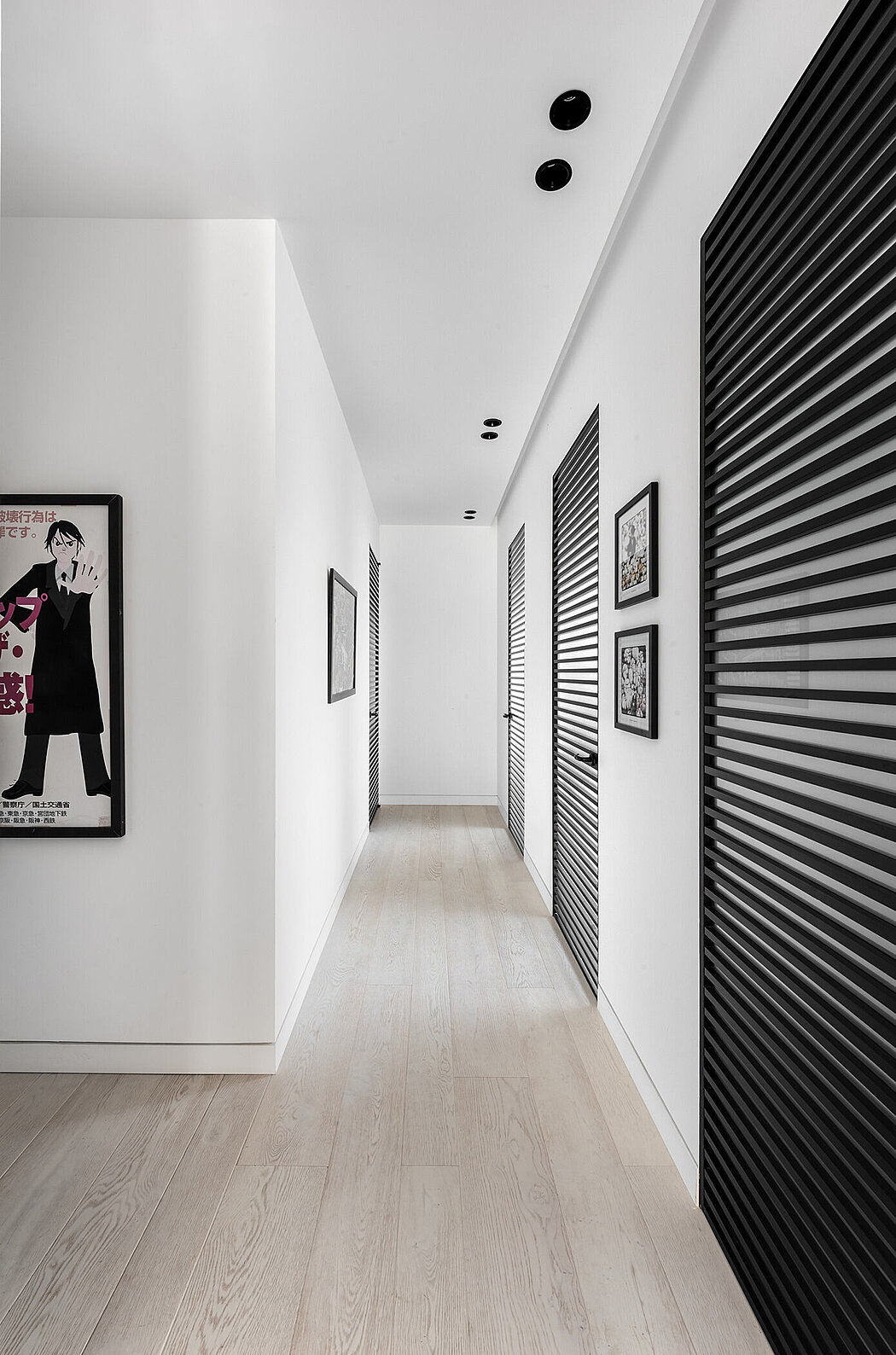 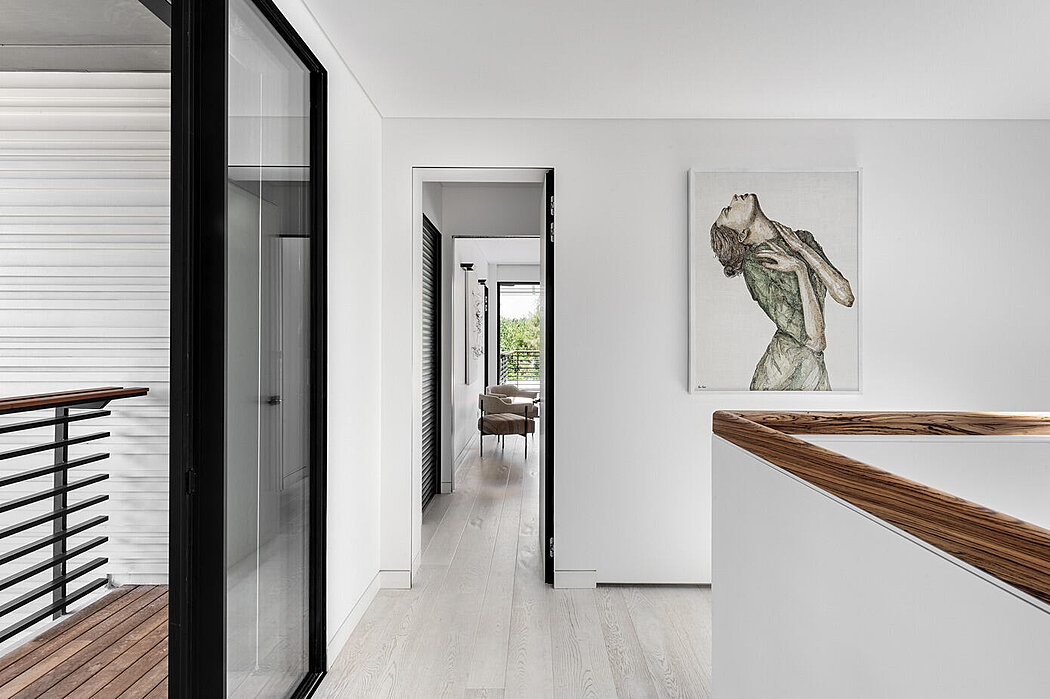 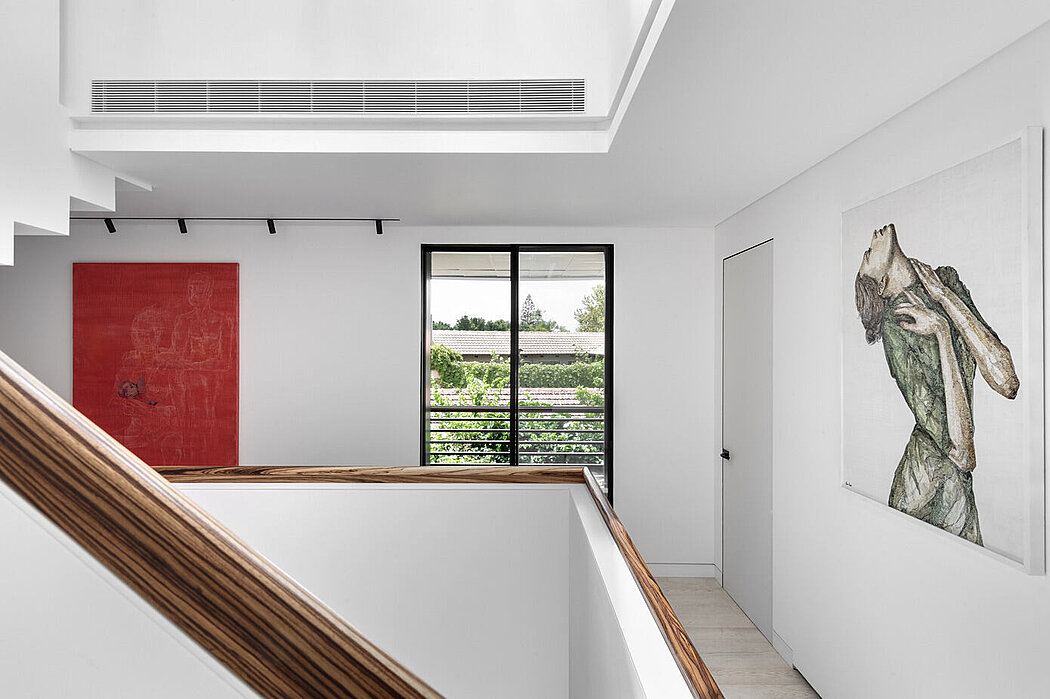 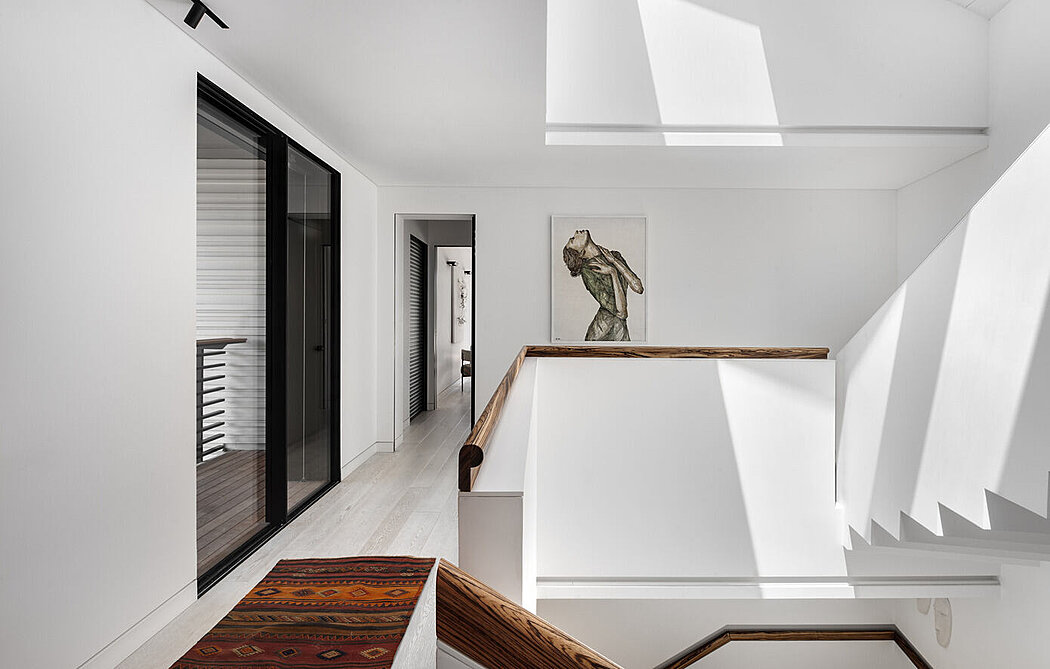 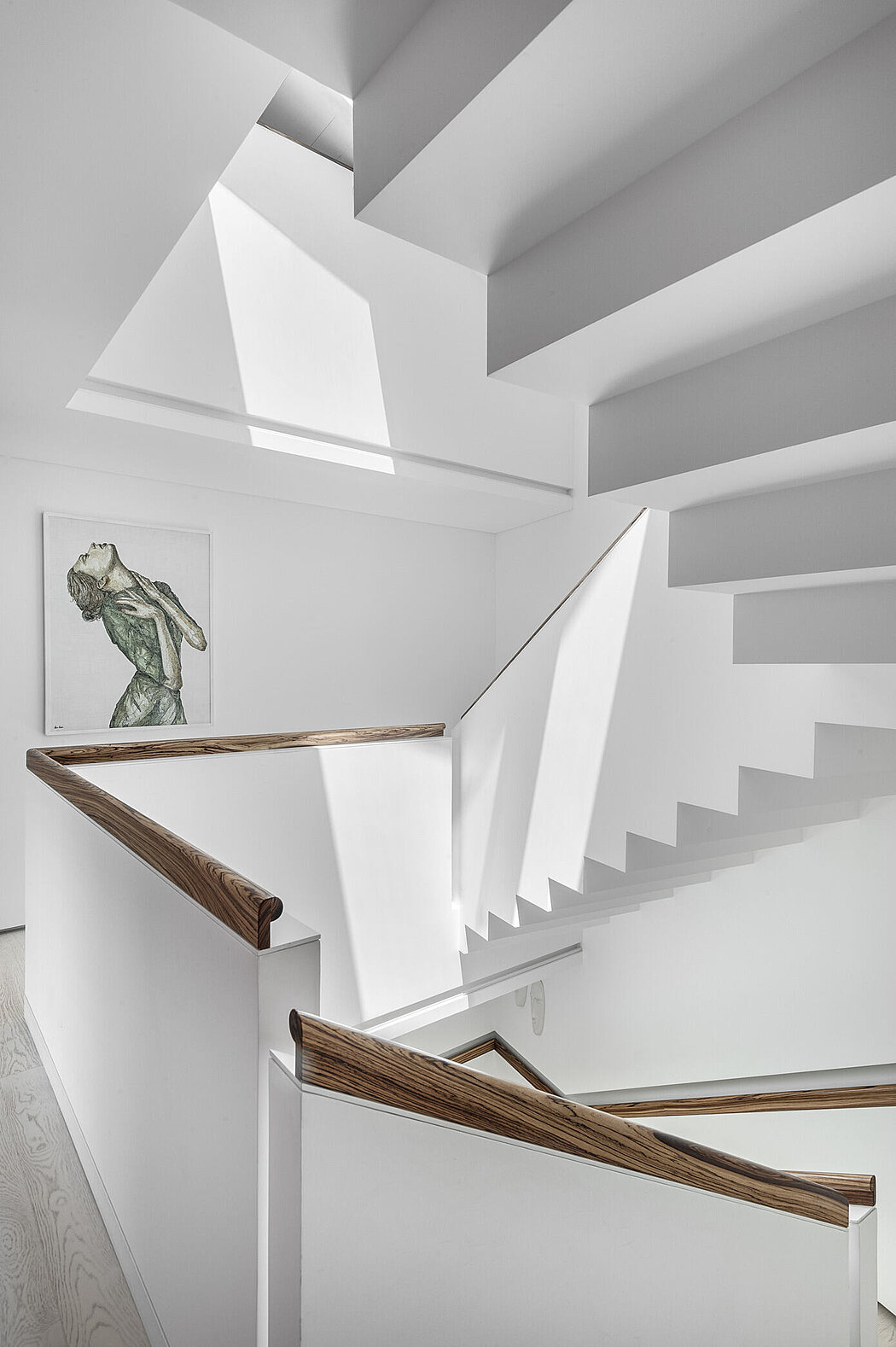 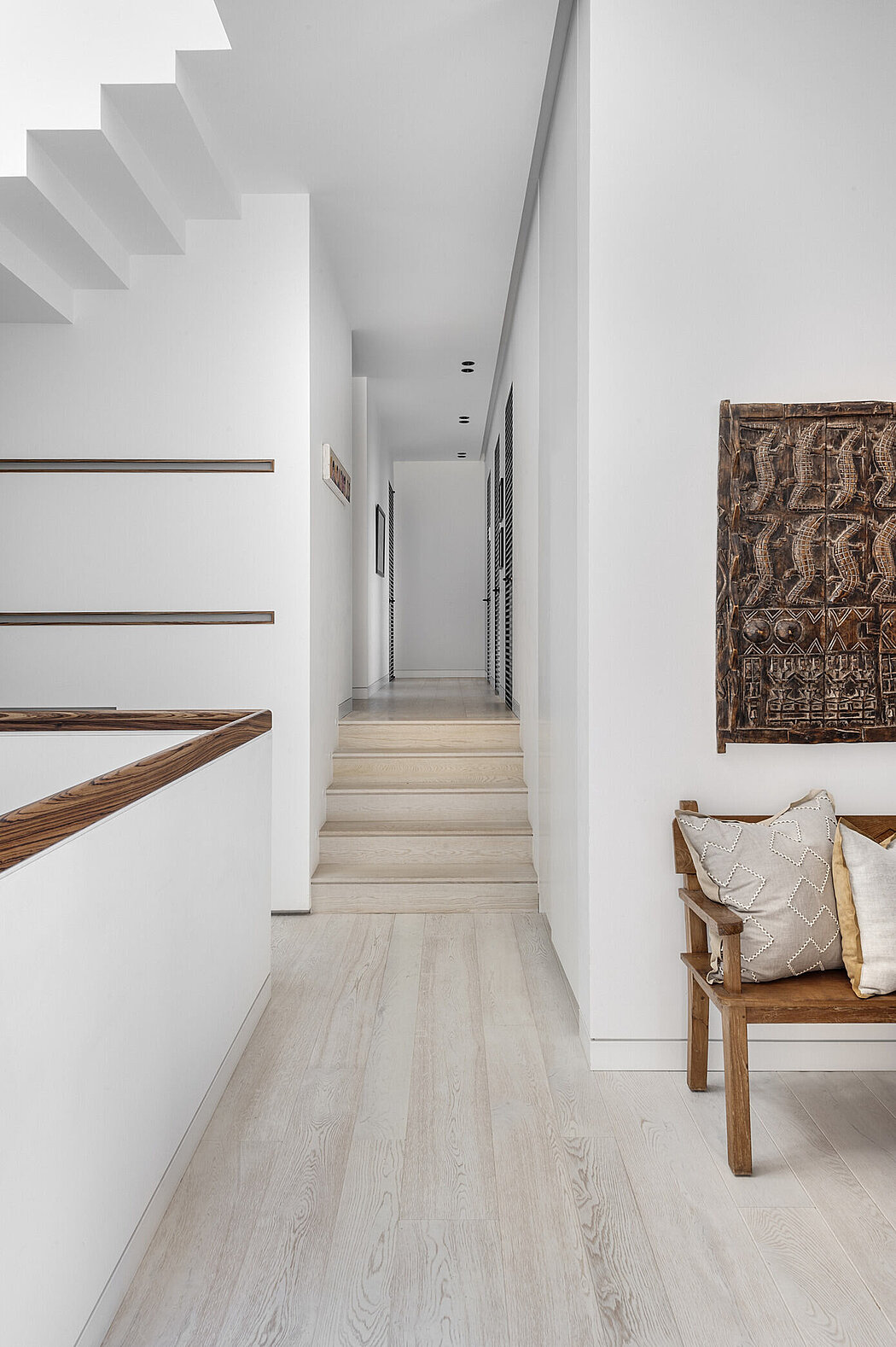 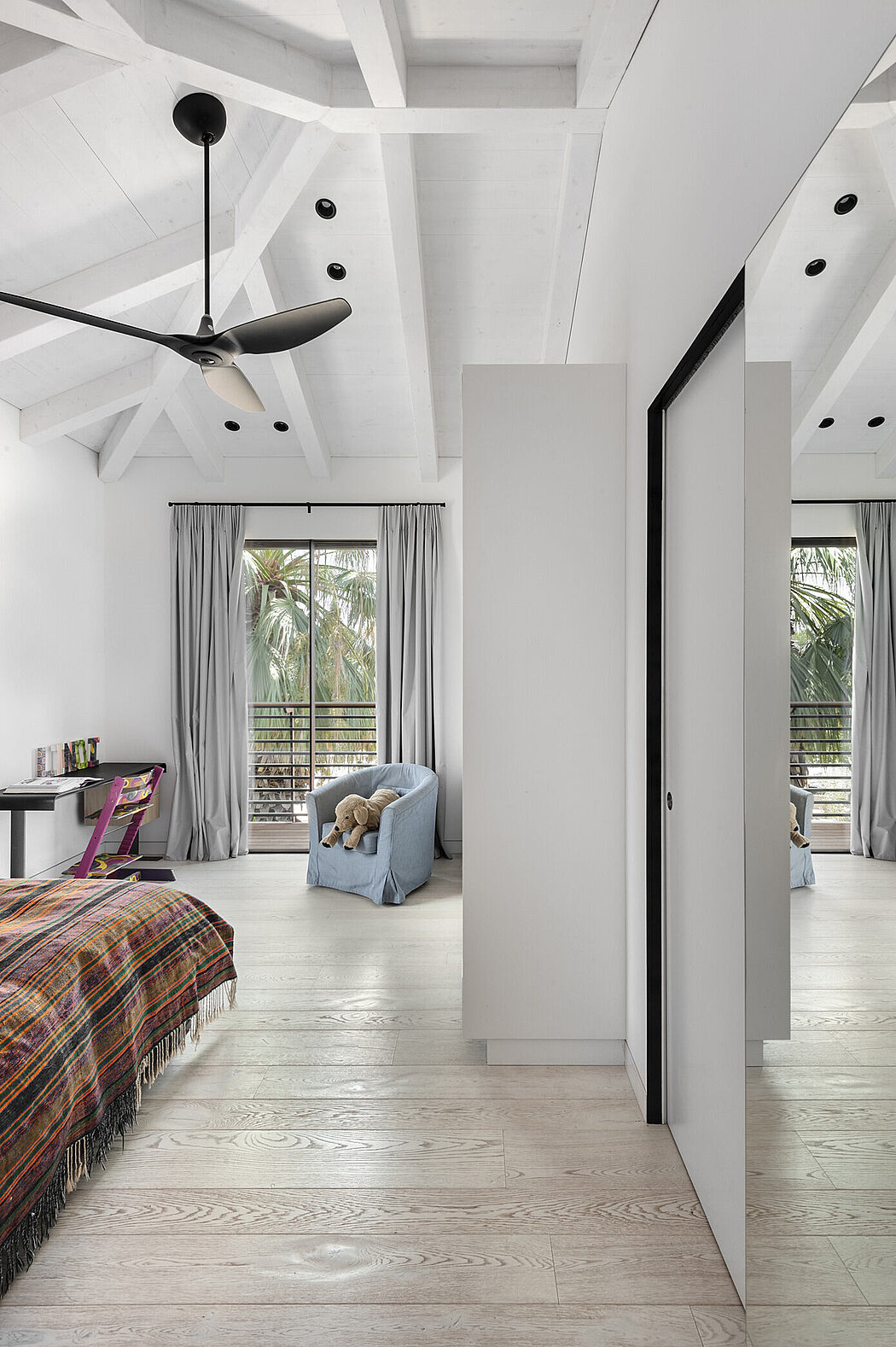 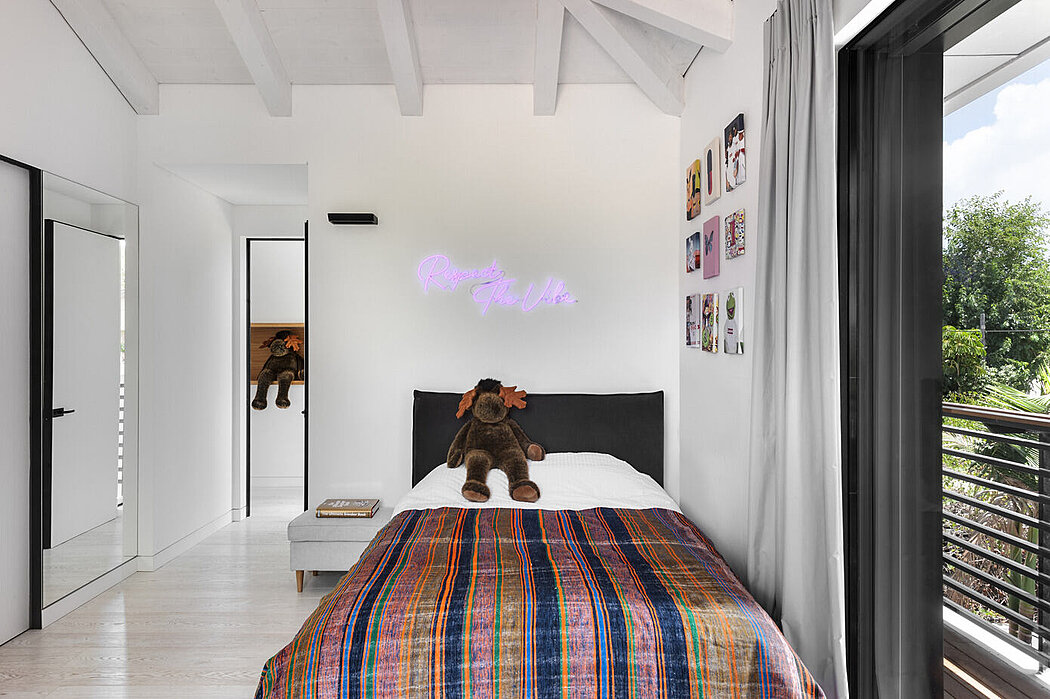 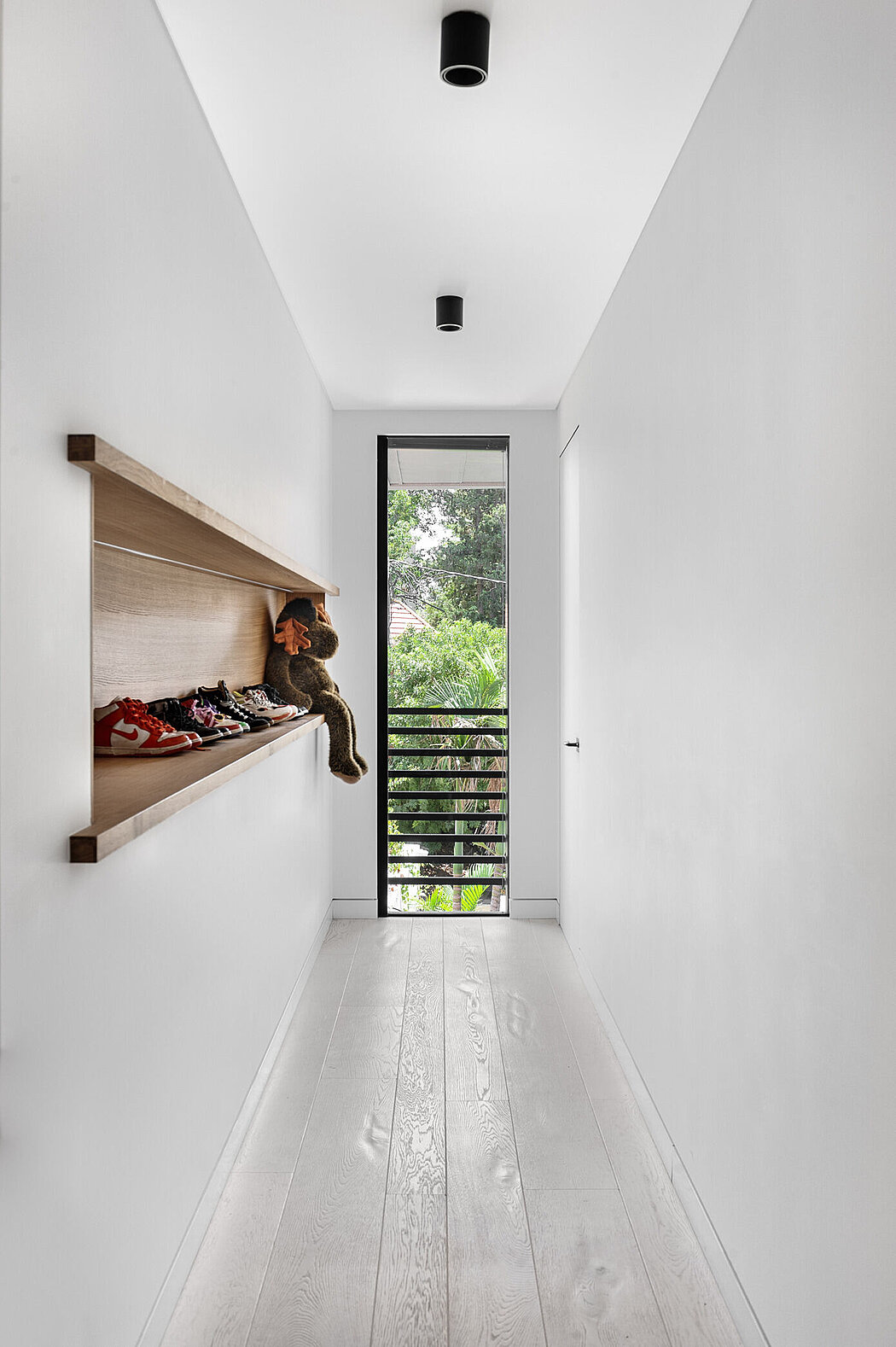 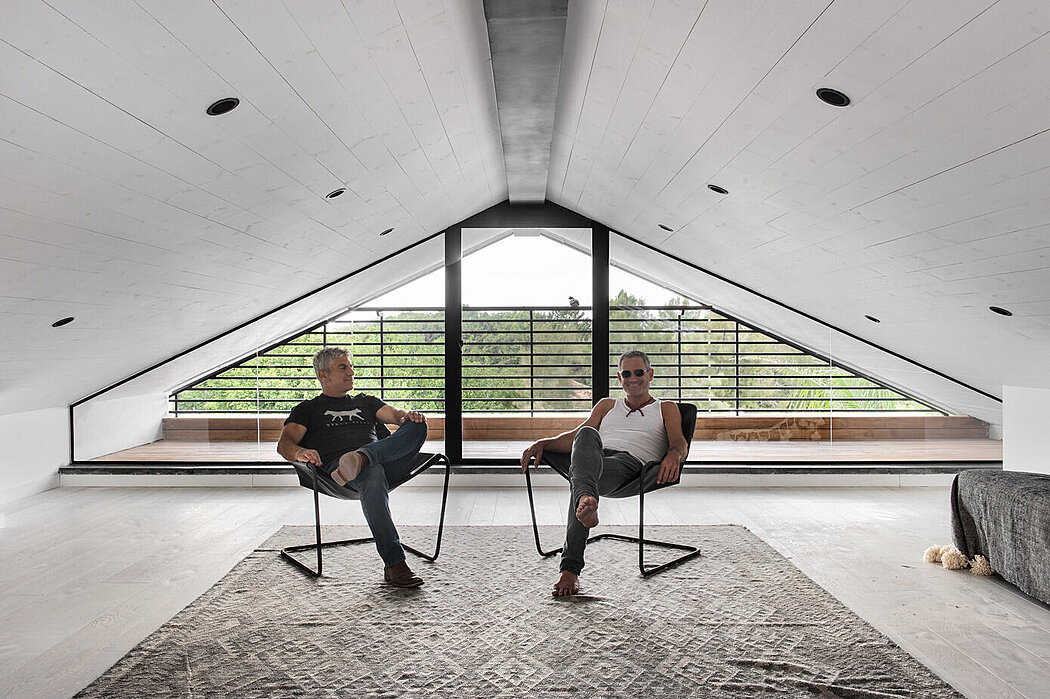 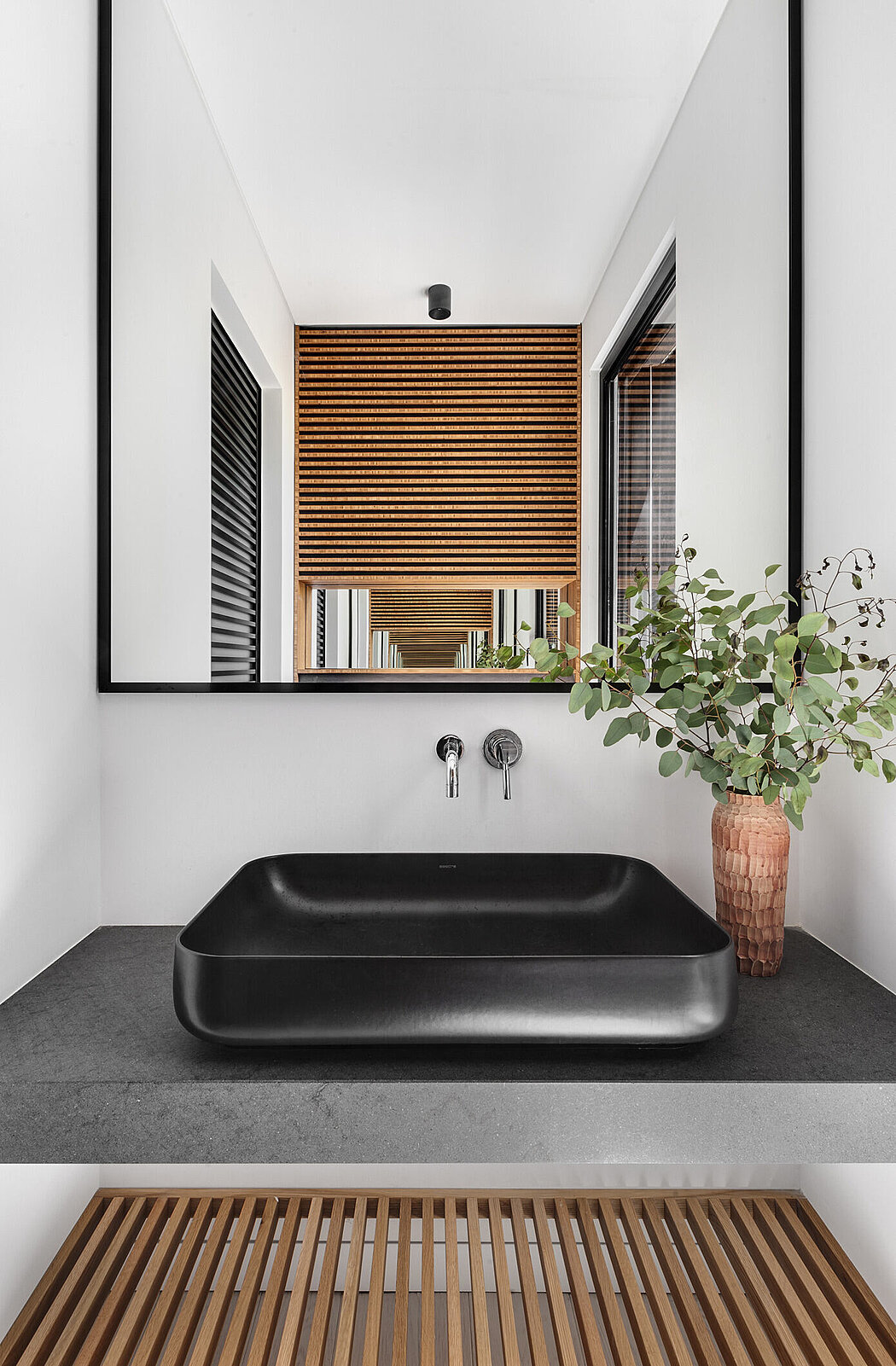 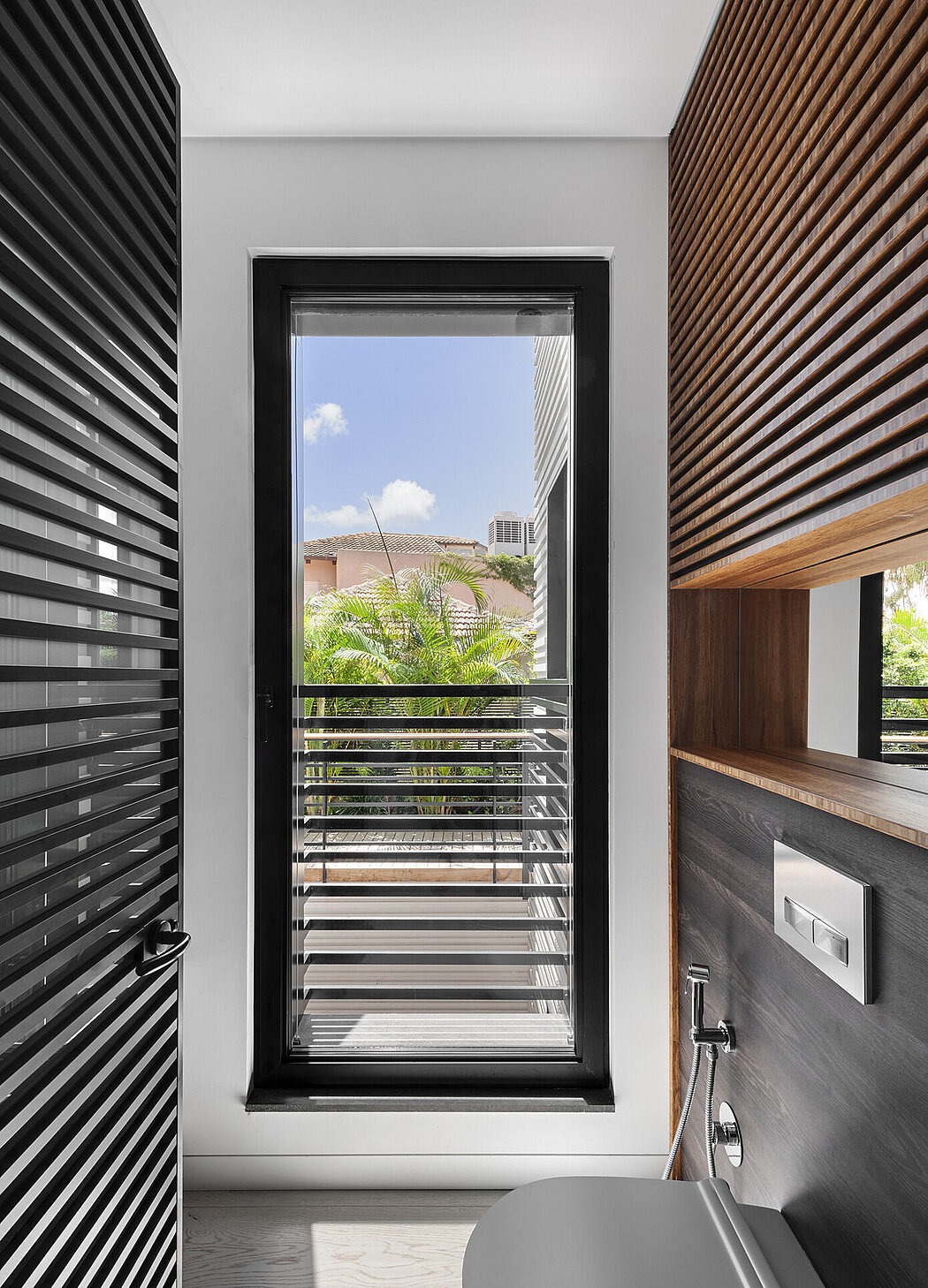 About The Stripes House

A Couple and Their Two Teenage Daughters Move to Israel

Immigrating to Israel from Belgium, a couple and their two teenage daughters moved into a rented house designed by the renowned architect Ron Rozen of “Rozen-Linenberg Architects”. Located in the pastoral coastal neighborhood of ‘Nof Yam’ in Herzliya Pituach, the couple were inspired by Rozen’s design, planning, and proportions and asked him to design their new house, which was located just 10 minutes from Tel Aviv.

This unique house features a recurring element of striped patterns that connect the exterior to the interior. Rozen created a stunning house for the family, with stripes as the core concept, spanning across the exterior and interior of the house and offering breathtaking views of the Mediterranean.

The family had a European lifestyle and each individual was interested in their own private and independent living space. The couple received a large unit with two separate closets and study rooms, as well as a private balcony. The daughters each got their own bedroom, bathroom, and balcony. The basement was designed as an Au-Pair living unit.

The most prominent element in the planning and design of the house is stripes, repeated across a variety of materials and shades. This grants the house a rhythm, much like musical notes, inspired by composer Philip Glass who wrote instrumental music with developing and incrementally evolving rhythms and harmonies. The stripes are not random, but rather capture a variable rhythm.

The house is linked through a shared wall to another residential building, so the tenants asked for their house to be visualized as an independent building and the connection is implemented through the planning. As such, the entrance to the house is located in the middle, rather than from the street front, and leads down a green alley with exterior striped cladding that reaches to the center of the plot.

A Blend of Open Spaces and Private Areas

The house is an indoor two-story space with two wings, east and west. As you enter, you see a staircase with skylights, allowing natural light to stream in from the roof to the basement. The western wing is completely open and includes the kitchen, dining area, and living room, all of which are doubled outside in a large pergola. The kitchen and living room feature a combination of gentle elements, with the element of stripes as a connecting thread across all materials.

The second level encompasses the entrance hall and the floor below, with common functions such as study rooms, guest rooms, and a laundry room. On the third level, you reach the living floor, which has two separate wings, with a three-story open stairwell between them. The eastern wing holds the girls’ bedrooms, and the western wing holds the parent’s unit, which has a large balcony accessible from the bedroom and bathroom.

The fourth level is an attic designed as a pamphlet for the open and generous spaces below. It is a place of personal and couple solitude, and the triangular shape of the ceiling adds a sense of peace and tranquility. The staircase of the house is a work of architectural art, incorporating a carved, round carpentry detail and a natural element of stripes that continues the concept of the house.

The Stripes House – a Home of Striking Design and Spectacular Views

This family’s house is a stunning design, with stripes as its core concept, connecting the interior and exterior and offering spectacular views of the Mediterranean. The elements that recur inside and out, the transparency and consideration for natural daylight, all come together to create an exceptional home – a unique melody.