The Revealing House by Hila and Dan Israelevitz

The Revealing House is a located in the Carmel region of Israel, designed by Hila and Dan Israelevitz. 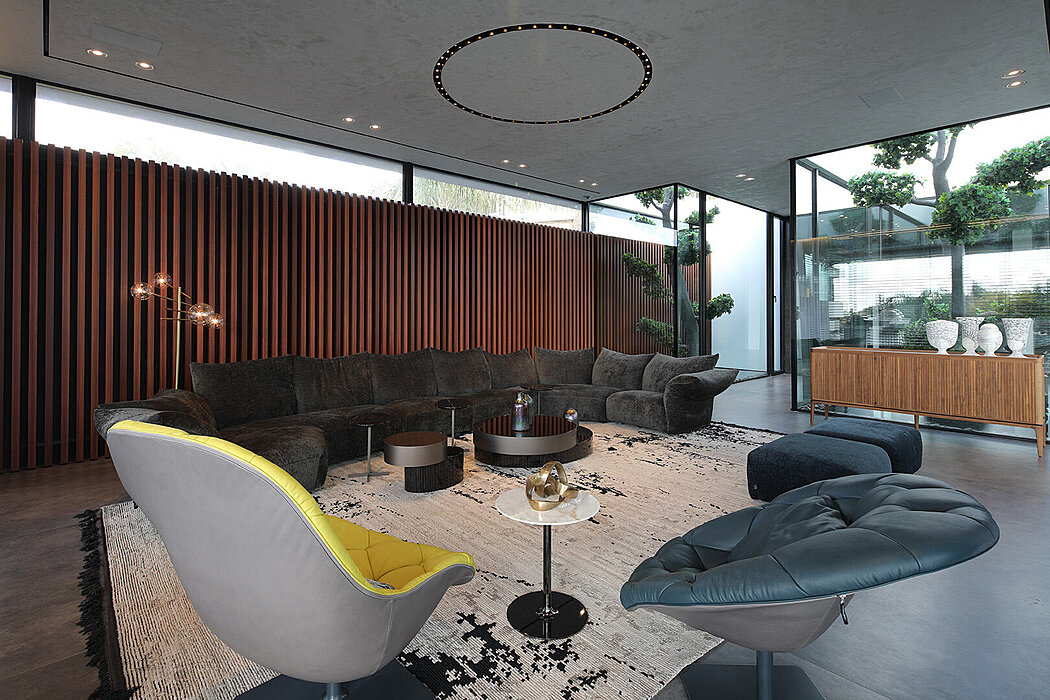 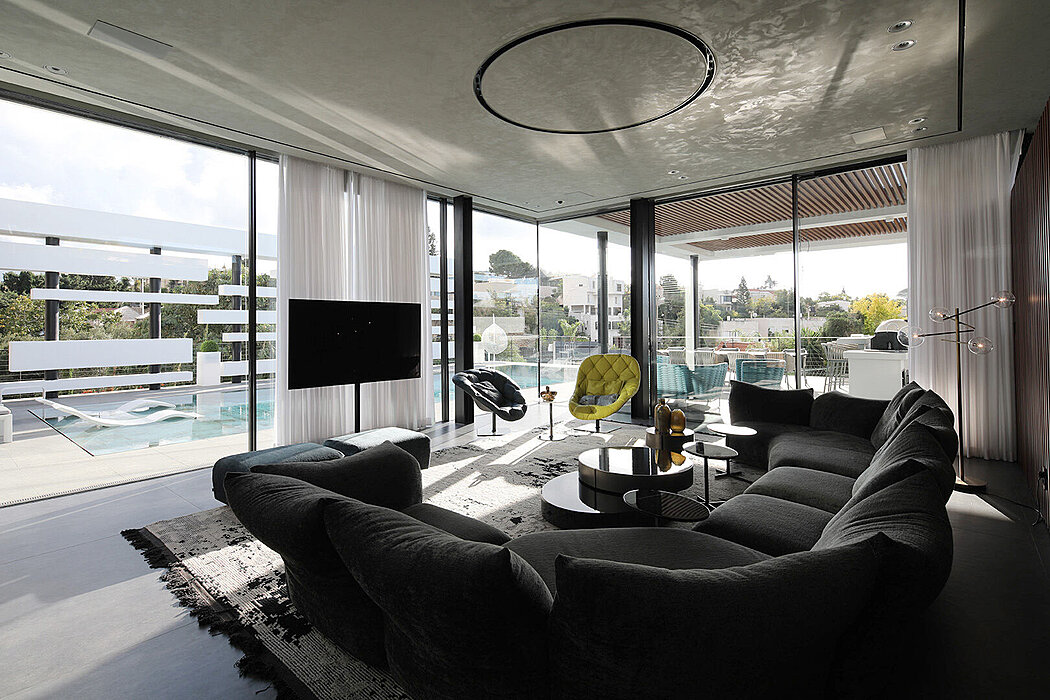 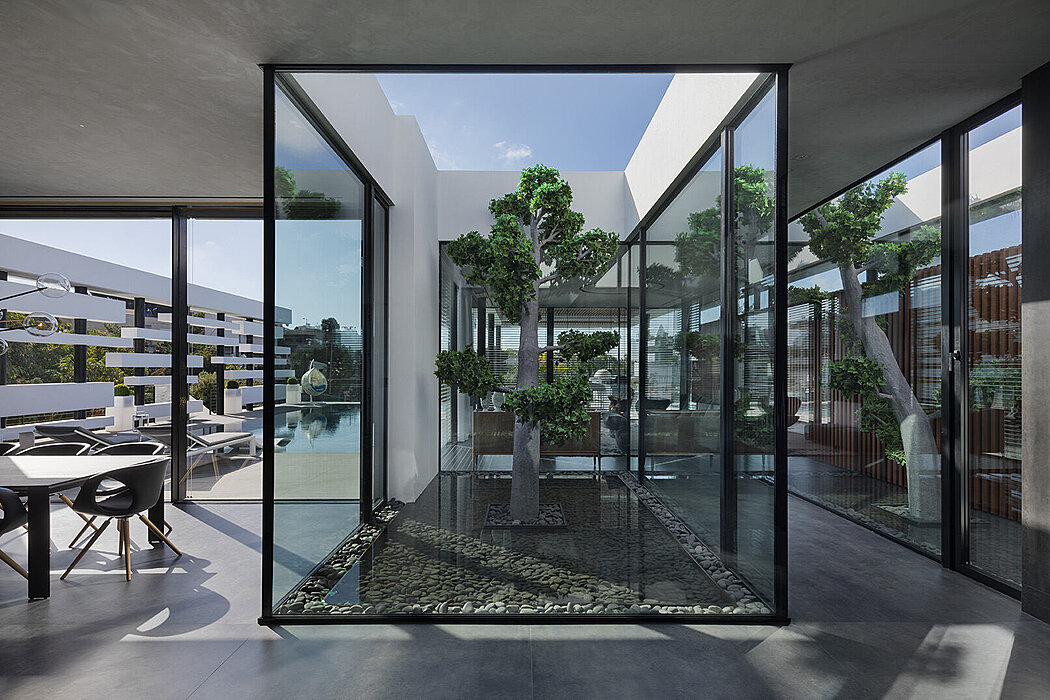 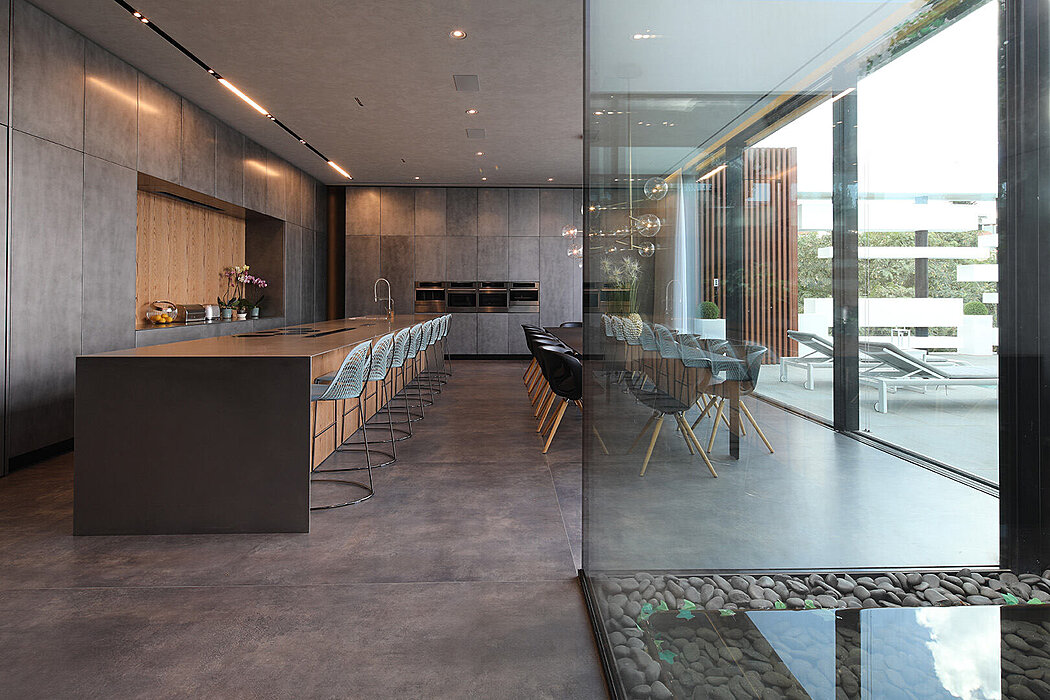 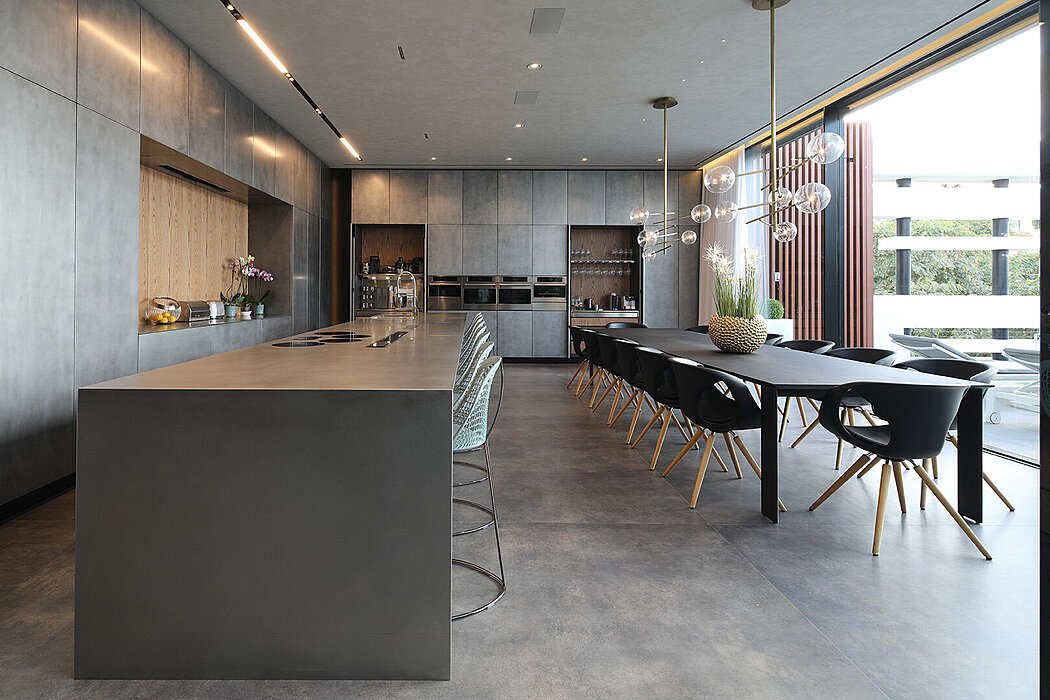 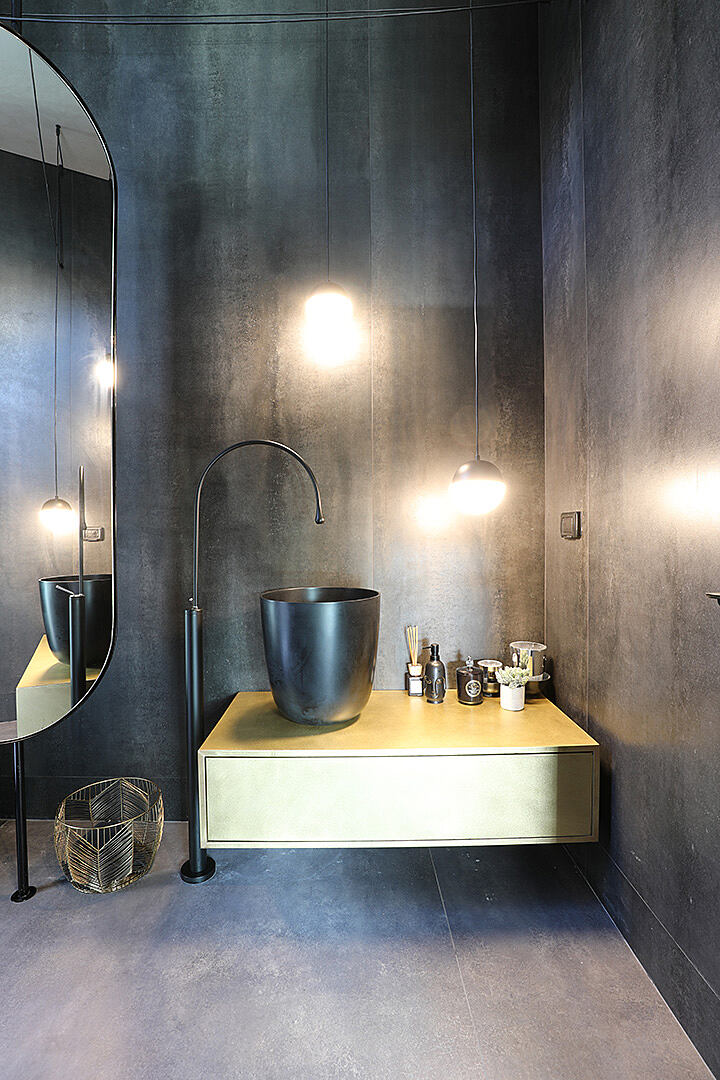 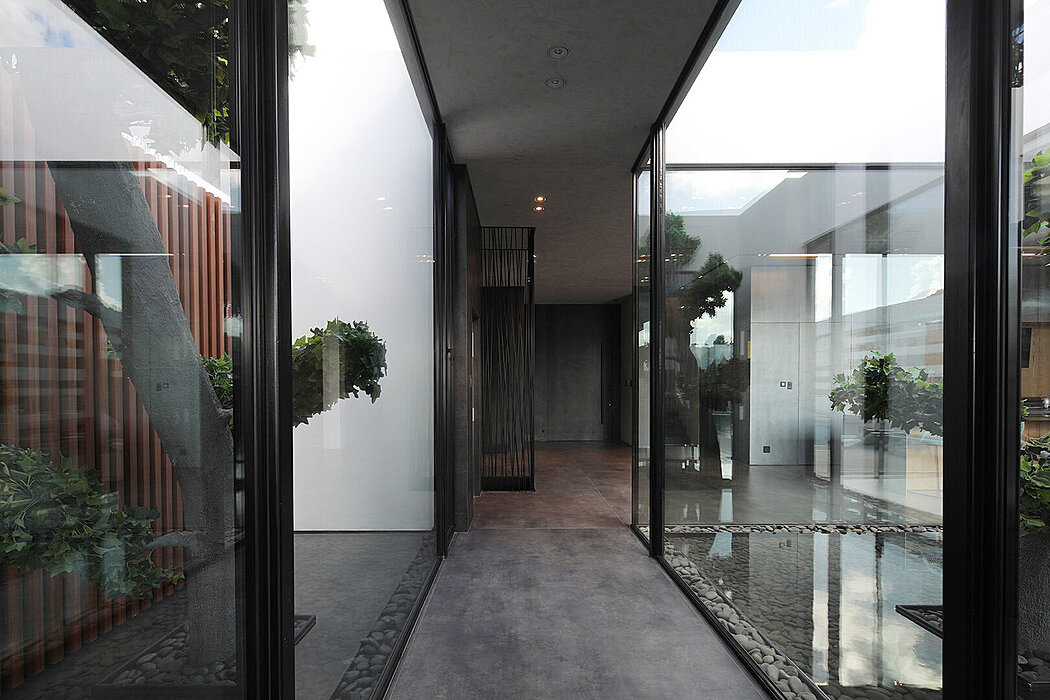 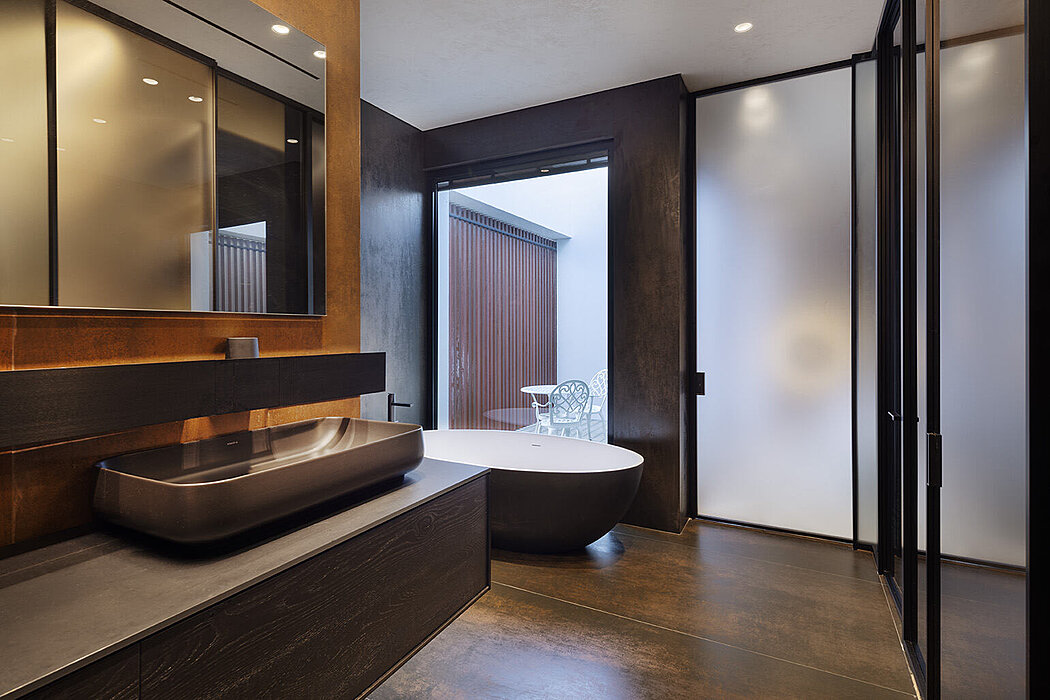 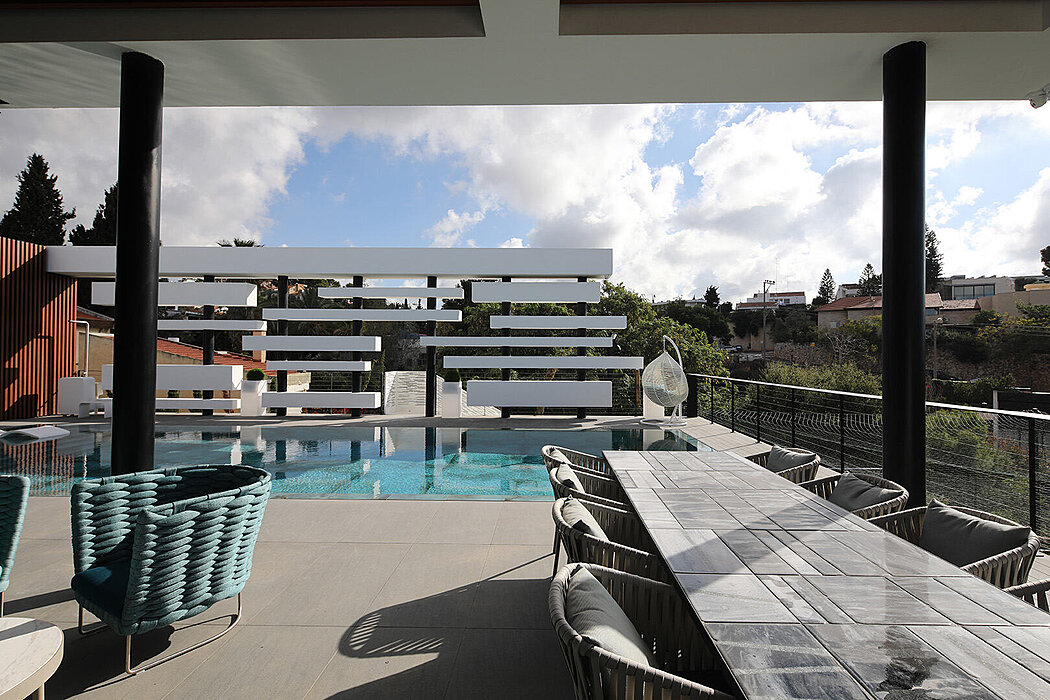 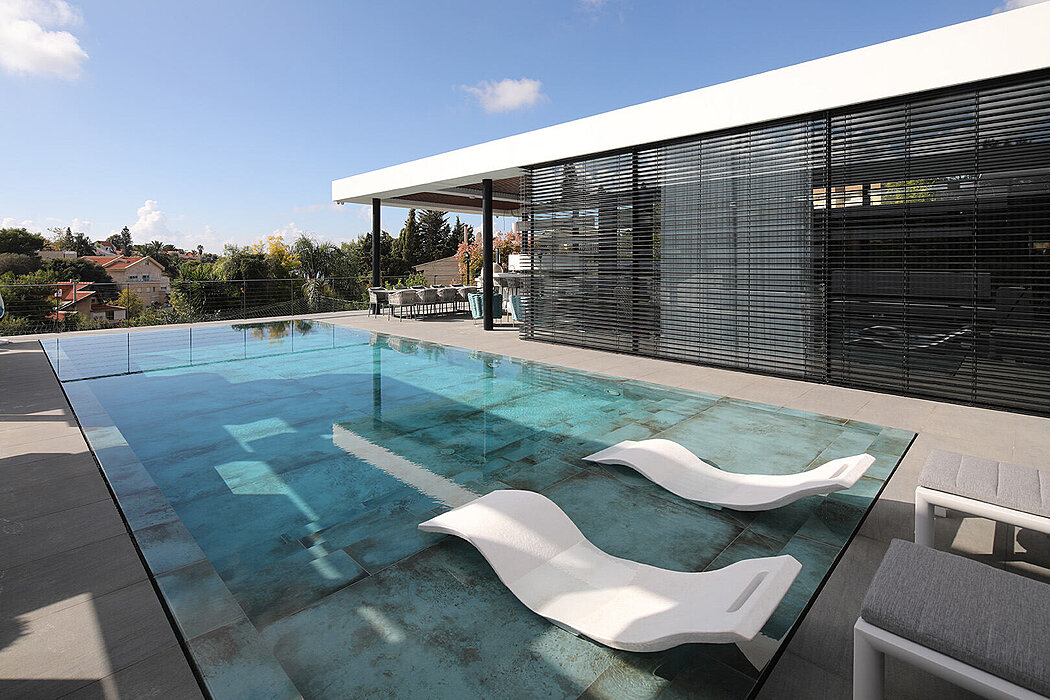 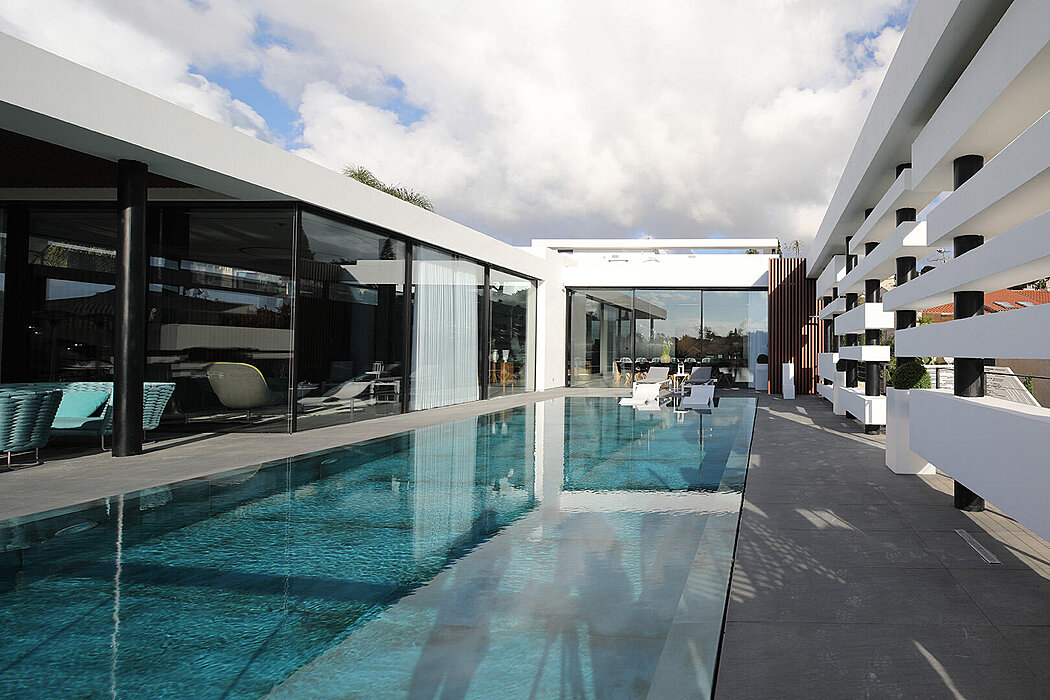 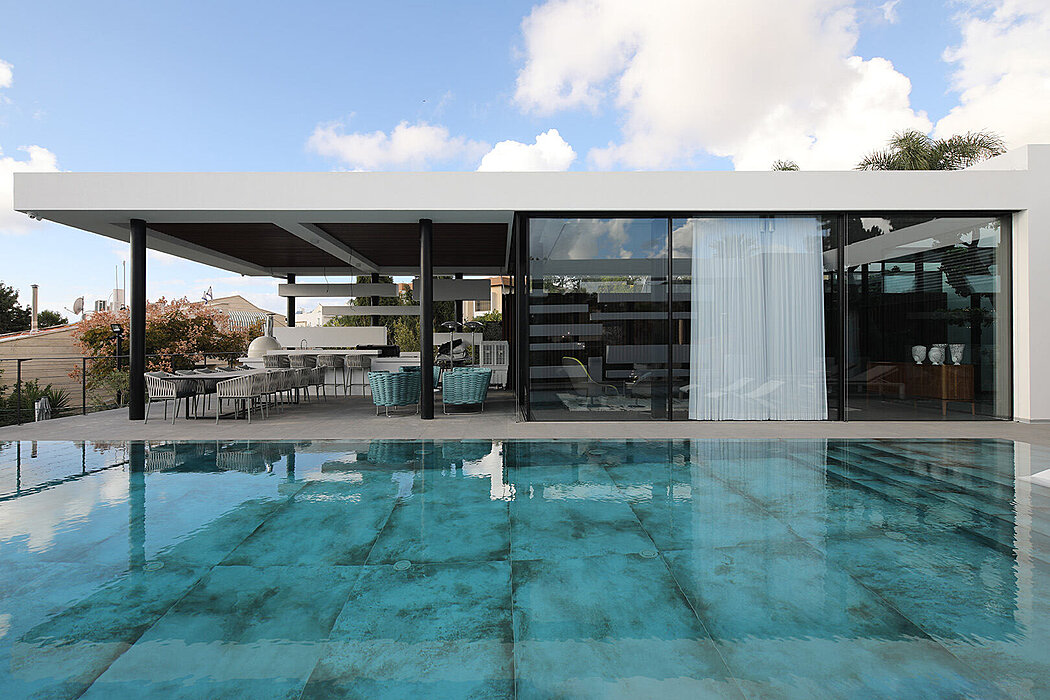 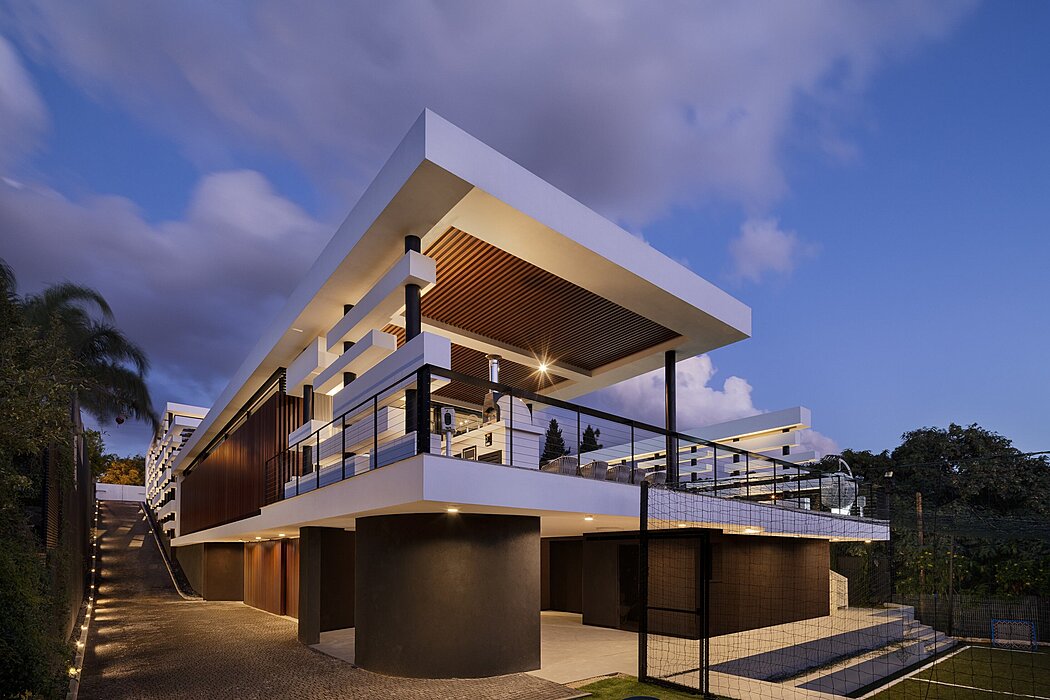 A house designed by the architect duo Hila and Dan Israelevitz is built on a mountainside in the Carmel region and blends harmoniously into its surroundings. This is a complex architectural project for a number of reasons: the first is the constraint of the complex plot topography and the layout of the building that conforms and blends into its steep slope.

In an aerial photograph, the house covers a large area of the slope but when seen from the front, it blends into the local landscape. From the street front, it looks like a minimalistic single-story building, and in effect it develops and interacts with the topography. Upon entering the plot, a visitor descends along the building side towards the entrance story, which is a mezzanine story. From there, one ascends to the master bedroom story, above which is another level containing the children’s bedrooms. From the mezzanine one may descend to the garage level and more.

The couple owning the house frequently entertains guests, so it was important for them to form a hosting space that would allow full interaction for all participants. To this end, the architects designed a pool on the living room and kitchen level that appears to be steep and float in the air, overlooking the exciting, open terrain of the valley below.

In the entrance complex, the architect pair designed an element that is faithful to their concept that supports creating spaces that do not appear all at once but in stages- ‘more is hidden than visible’: between the main façade and the entrance door, there is a lace wall made from steel posts and horizontal rectangular concrete cubes – the airy wall forms a pause between the façade that is visible to the surrounding area and the private space that affords the family intimacy.

Upon entering the impressive foyer, the public space becomes visible. It is centered by two inner yards framed with glass cubes, divided by reflection pools centered by an ornamental tree. The two form an exciting transition to the living room, and to their left are the kitchen, dining corner and the pool that is visible from any angle on the level.

The floor is clad with extra-large tiles of a dark concrete hue. The walls were painted with a cloudy concrete effect that gives the space an elegant, prestigious and coherent appearance. The house’s kitchen is particularly large, covering not less than 60 m2. At its center, the architects designed a large island that is approximately 7 meters long, with a work surface and surrounding sides of stainless steel that are tailor made for it, and brought in as a single homogeneous unit directly from the manufacturing plant in the Netherlands. The electrical appliances have the high quality Fulgor Milano brand (imported to Israel by the electricity division of Birman Trees and Hardware Company), providing an optimal solution for the homeowners’ love of hosting and cooking. The work surface on the island is centered by openings according to plan for an i-Cooking induction stove, an opening for a vent hood over the surface and built-in electricity outlets.

As mentioned, entry to the living room is between the two inner yards. One of them has two transparent faces and another opaque one that encroaches into the living room and serves as a direct continuation of the external façade consisting of vertical profiles. The decorative façade, with a wooden appearance, instills a warm, stylish feeling, balancing the grayish, monochromatic colors and the glass panes that face the pool. The seating system that has been chosen is modular and allows for creating variable seating arrangements, according to the hosting style. Beside it, there are wooden finish and marble tables that enrich the space and that may be repositioned. Two swiveling armchairs, one mustard and the other turquoise, have been matched to the space and add an irregular touch of color to it. The wooden liquor case was crafted by an artist. On its inside, it is padded with natural leather, and above it there is a natural marble slab, while its front is slotted with vertical wood strips that recreate the front of the living room. Above it there is a cluster of female figures from various cultures.

The master bedroom is particularly large, of nearly 70 m2 area. The bedroom is centered by a bed upholstered with nubuck leather with decorative lamps beside it. Facing the bed, a dark glass wall containing the television screen has been designed. In addition, a door leads to the bathroom, which may also be entered through the wardrobe foyer. The walls and wardrobes of the suite are clad with smoky oaken parquet in a chevron pattern, with imitation leather cladding above it. The interface between the two materials has hidden lighting built into it.