The Nidus by Gonzalez – Malama Architects

The Nidus is a modern two-story house located in Kalamata, Greece, designed in 2021 by Gonzalez – Malama Architects. 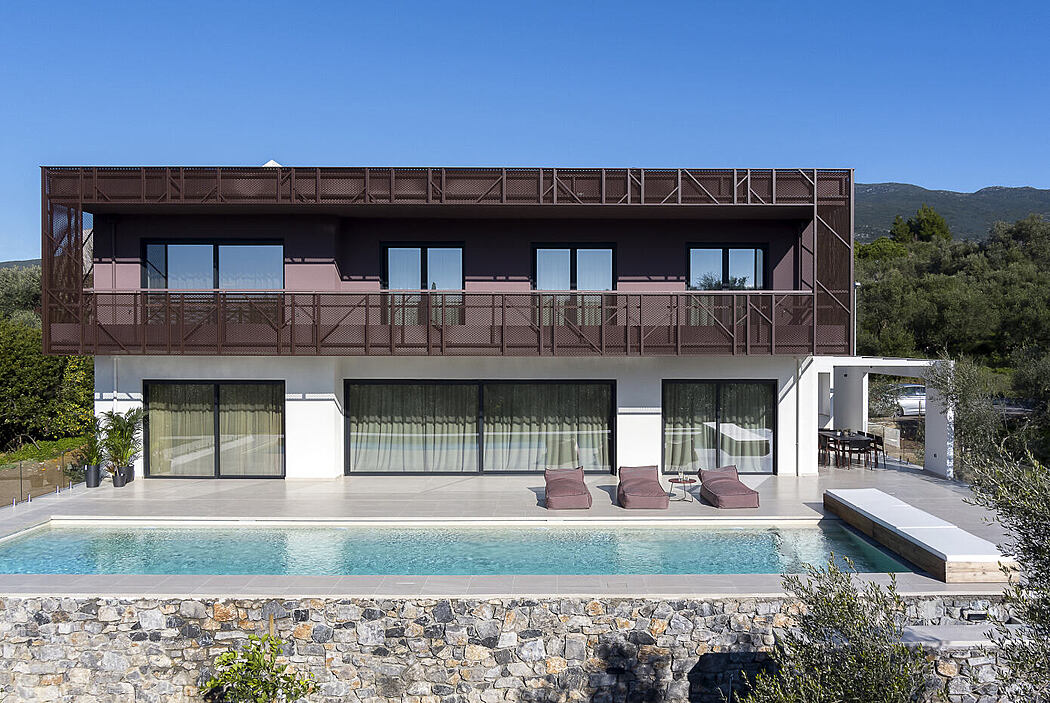 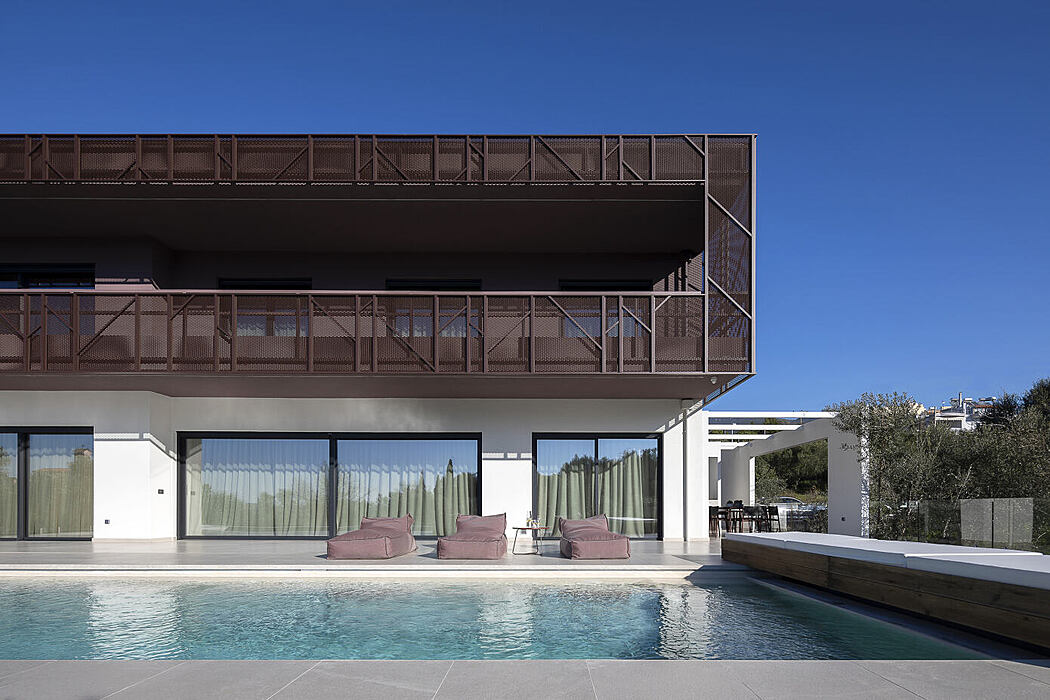 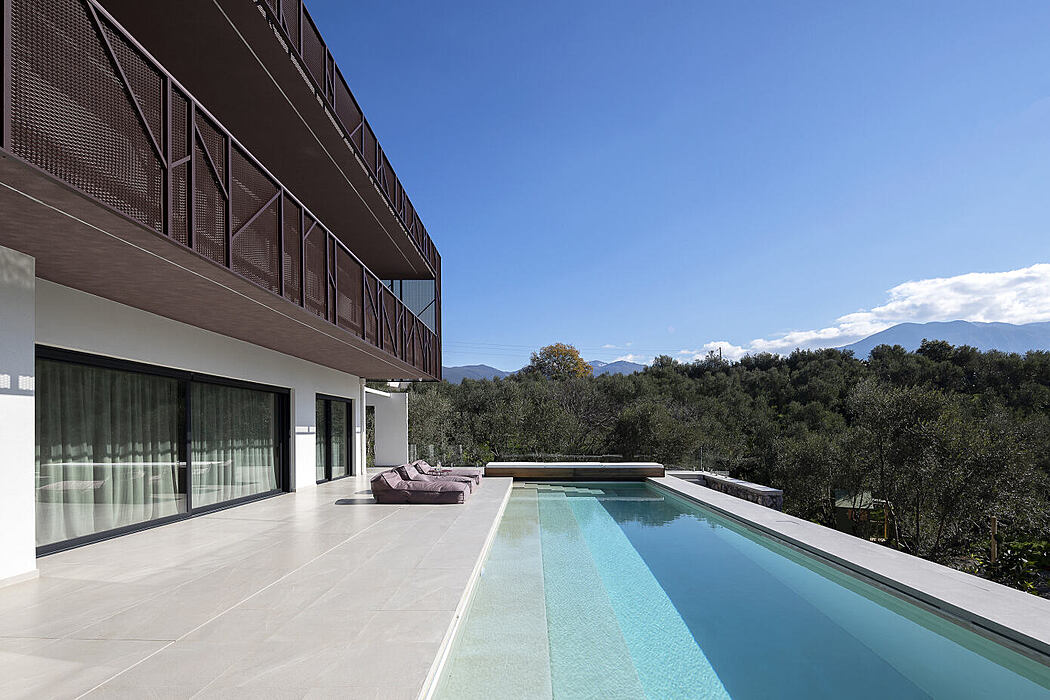 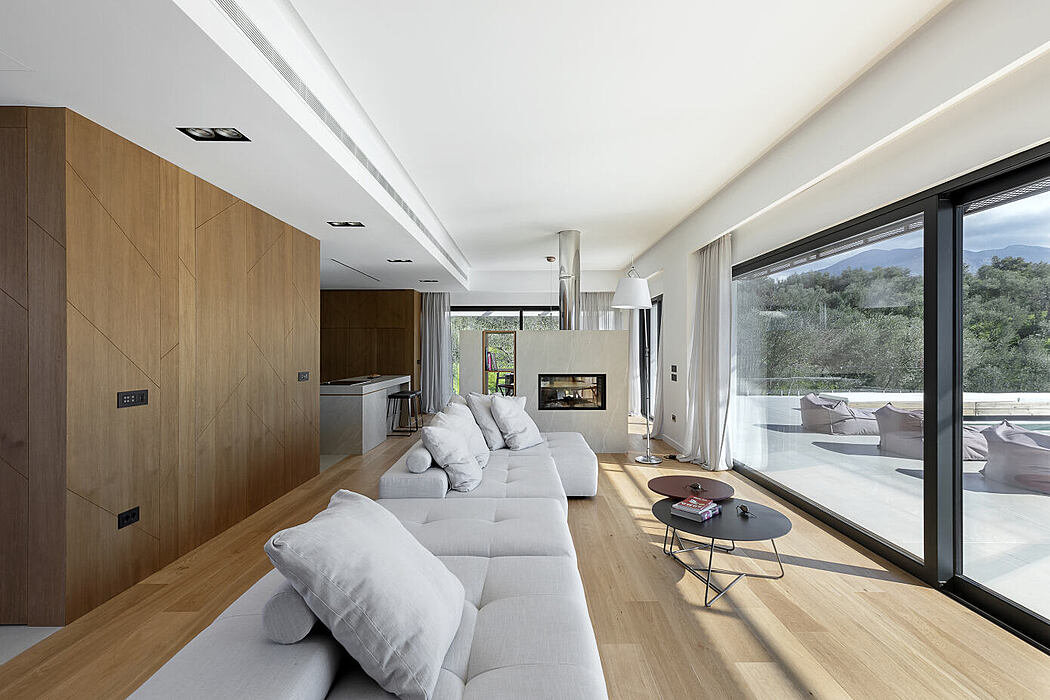 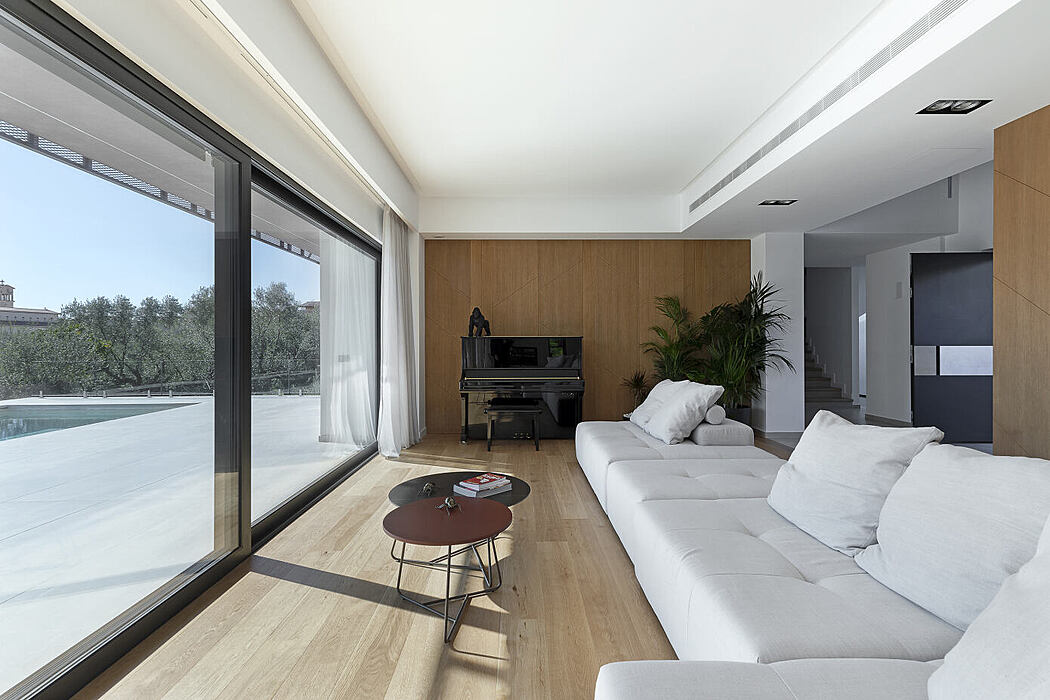 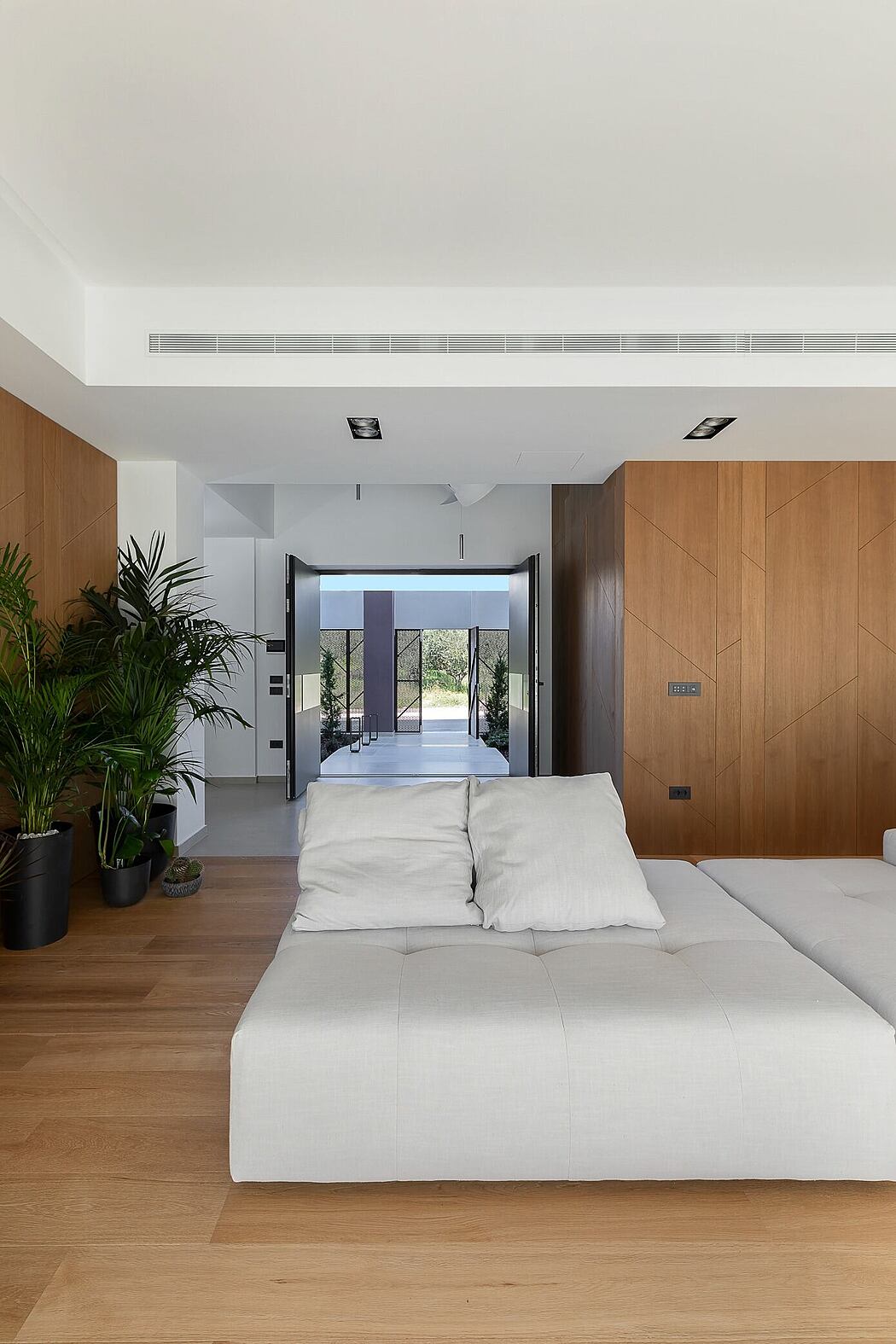 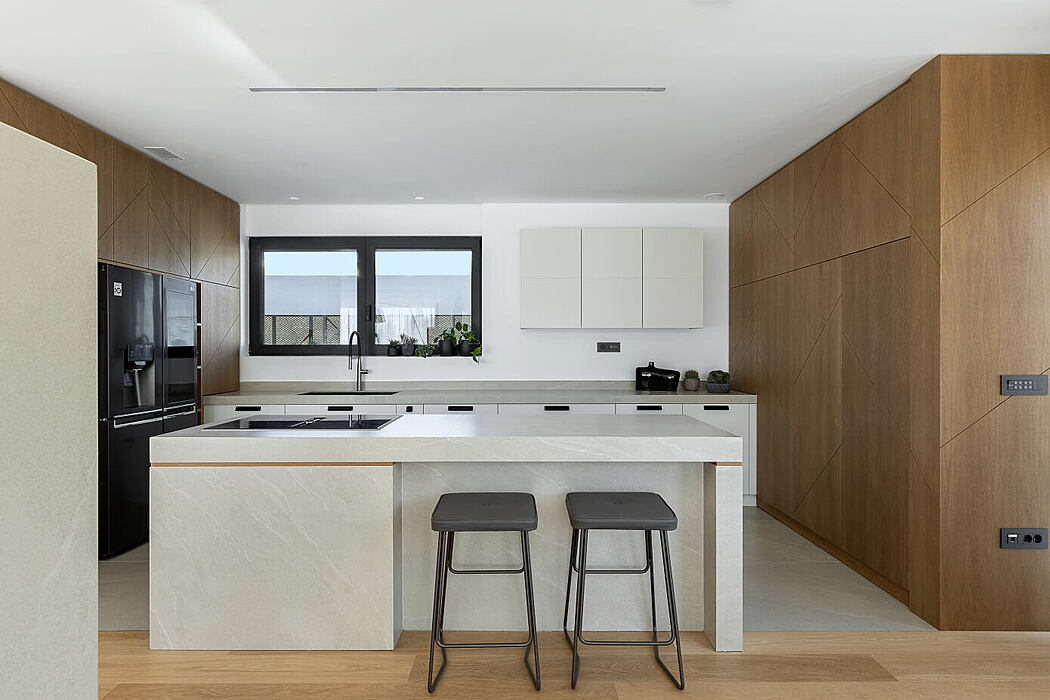 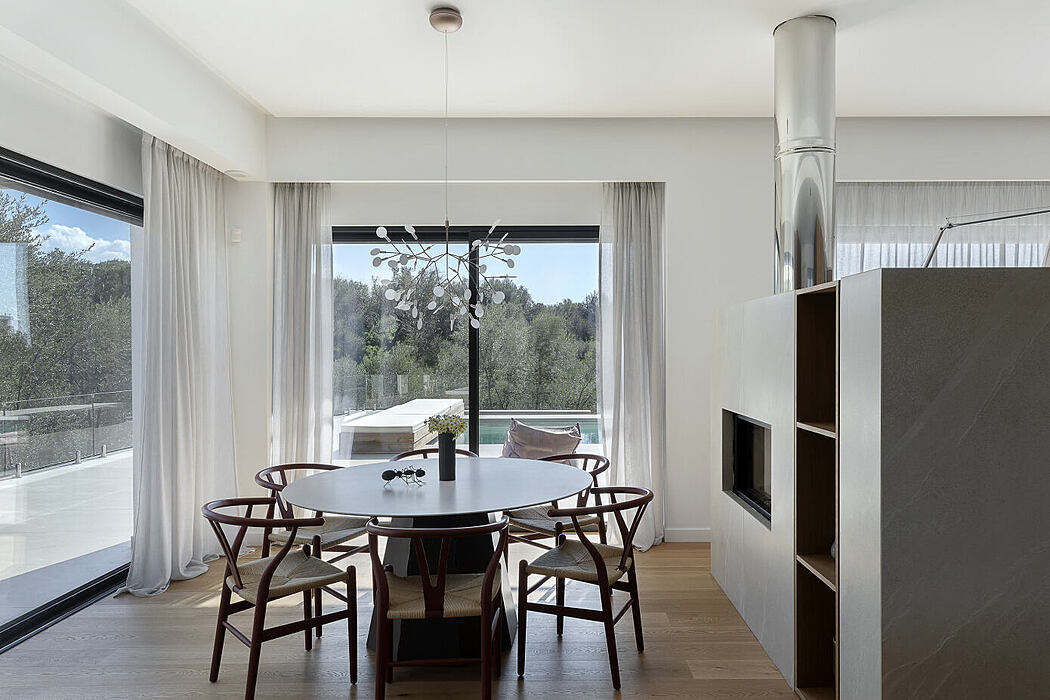 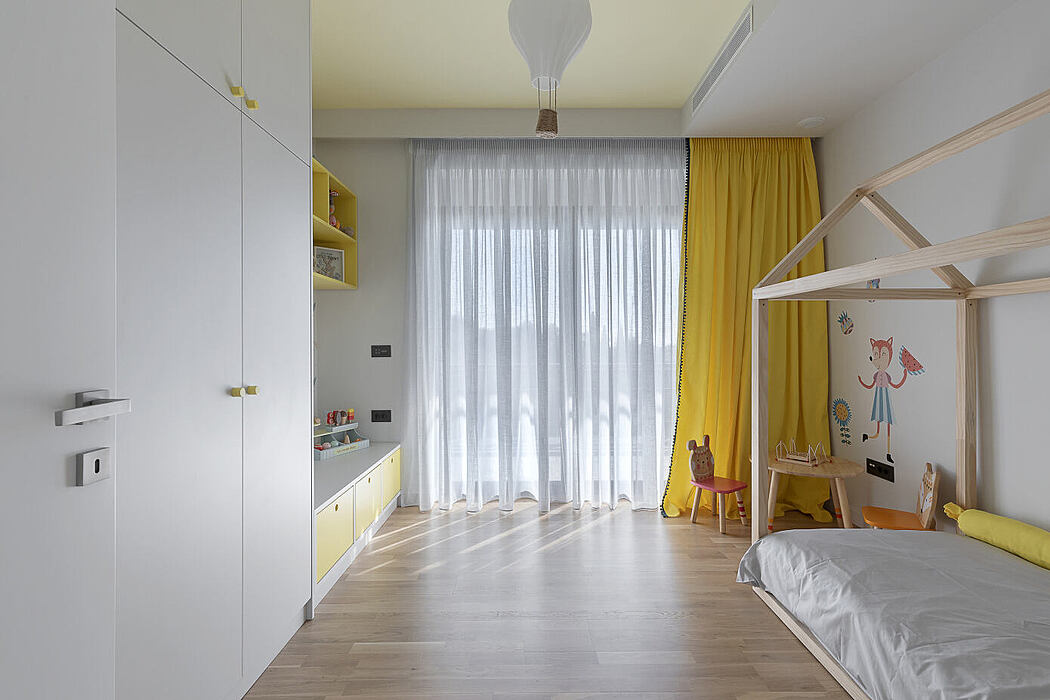 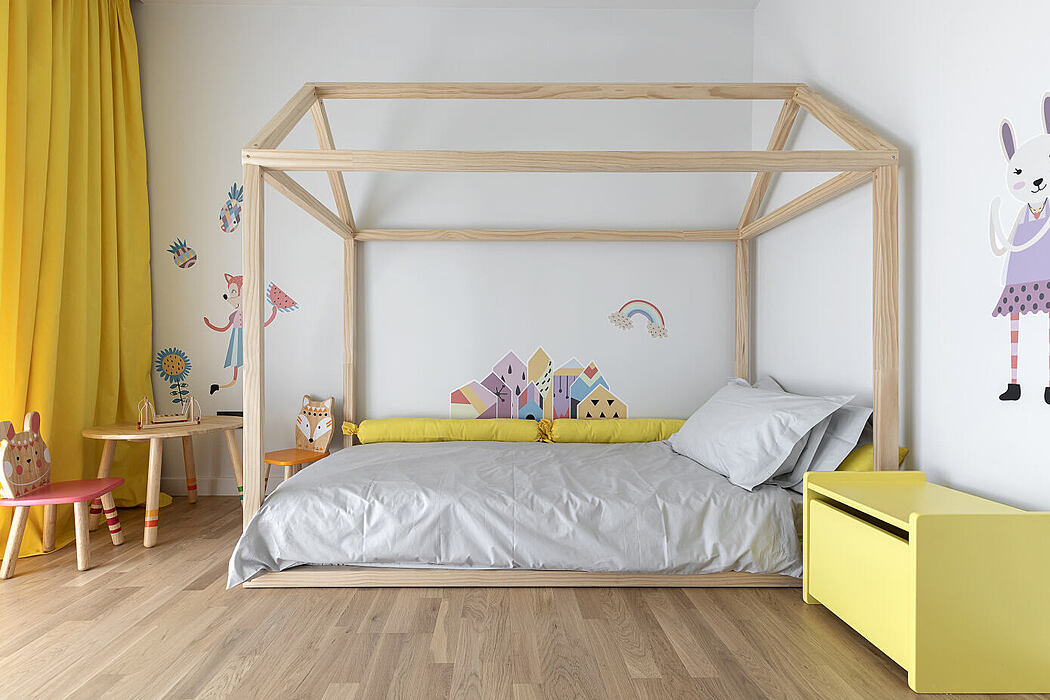 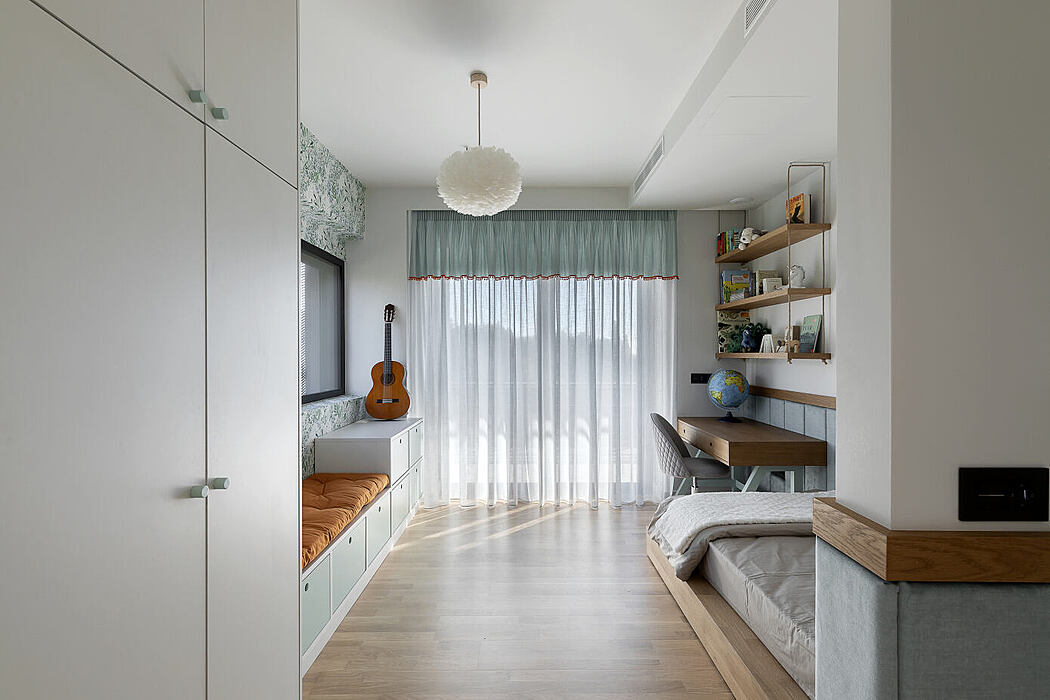 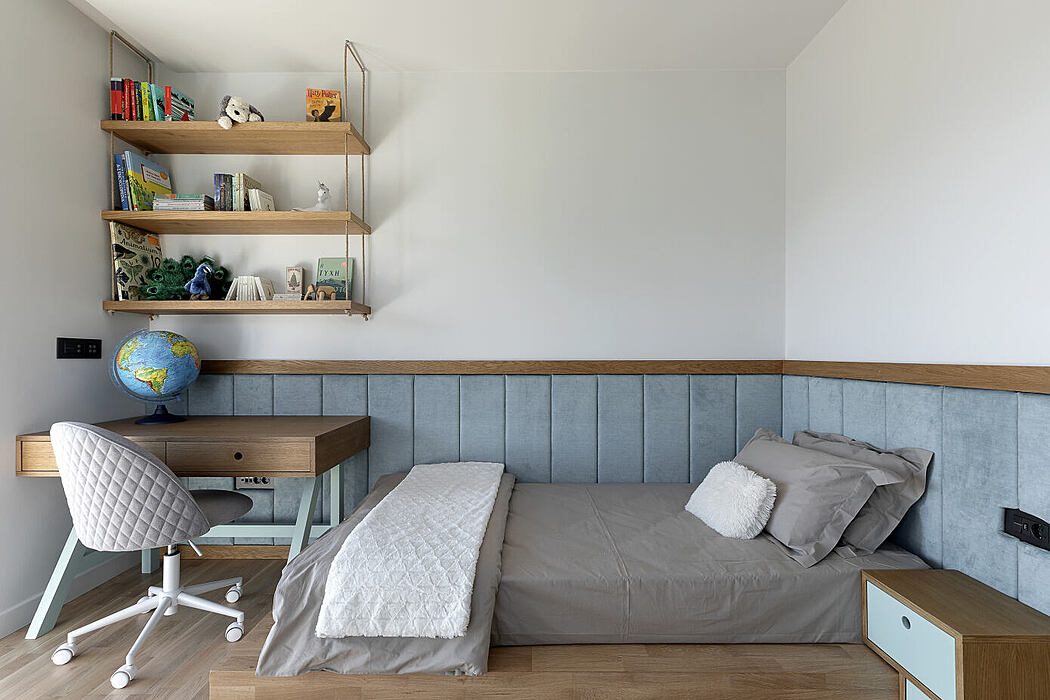 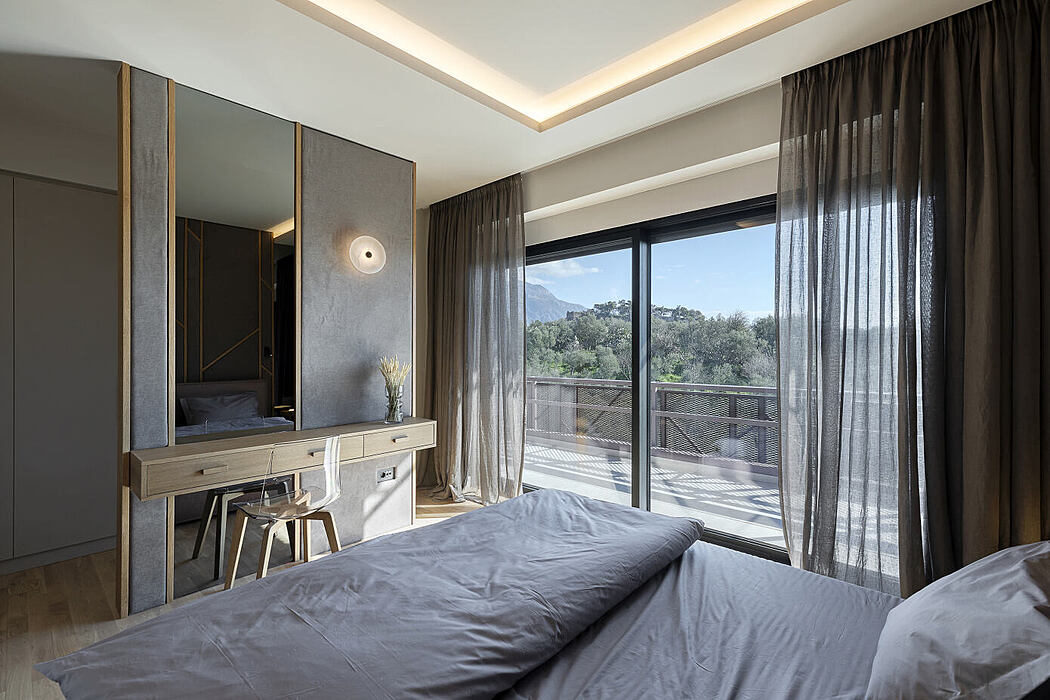 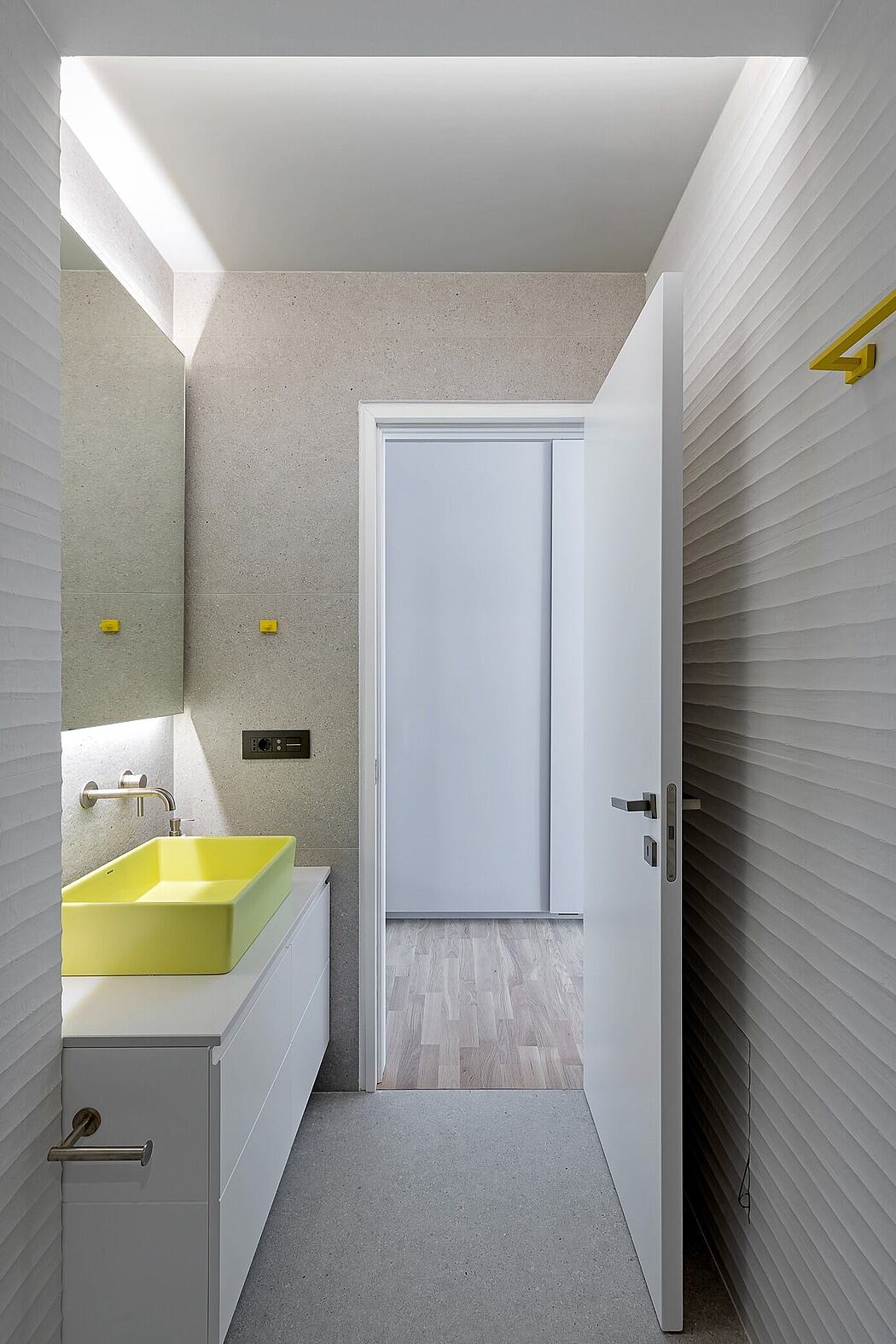 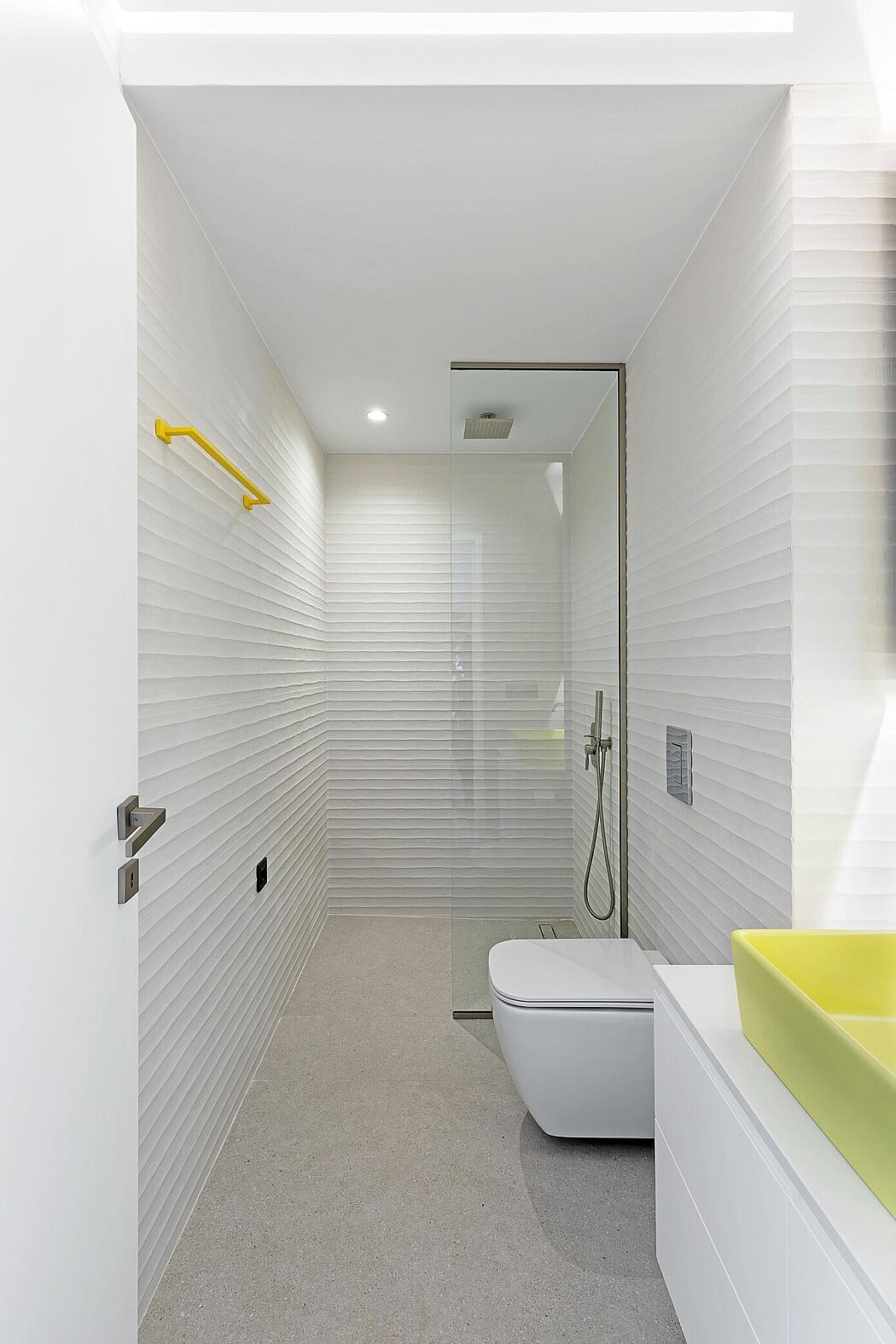 The building is located in Kalamata, inside an extensive olive grove, which is a pocket of nature enclosed within a rapidly growing part of the urban fabric.

The street front is treated with a hard limit, acting as a visual barrier to the interior, moving from the city to the domestic, natural environment. All service areas were lined along this limit, and their northern orientation proved beneficial to the passive building requirements. In this framework, the main living areas enjoy the southern orientation from large openings, supported by necessary eaves which regulate incoming solar radiation according to the seasonal requirements of the Greek climate.

The geometric structure of the building features three irregular horizontal zones. The base, containing the basement, the outdoor spaces, and the swimming pool, appears like a geological formation of rough, untreated stone, becoming a socle to support the consecutive levels of the building. The middle level, on the ground floor, is shaped into an extensive, off-white volume with characteristic openings which evoke a typical house by means of their morphology; the latter, however, are subverted by functional voids contained within. Ultimately, the crowning of the building is materialized in a perforated veil, embracing the private spaces of the house on the upper level like a nest (nidus), perched upon the hard building volumes.

The domestic functions are distributed on the three levels as following: Service uses on the basement, including a cinema room, playroom, utility room, and storage; semi-public uses on the ground floor, which accommodates the living areas and the guest house; finally, private rooms on the upper level, with bedrooms, bathrooms, laundry, and bedroom balconies enjoying the view over a lush green area with the castle of Kalamata in the background. Living areas are arranged in an open plan and the different uses are demarcated with a change in the floor material, or with freestanding separating volumes, like the centrally positioned fireplace and the kitchen island.

Volumetrically, a game of wooden volumes against the white socle contains functional spaces like the guest wc, wardrobe, and high kitchen cabinets.

The motif of “branches” is encountered throughout, as a reference to nature and to the nest, creating a marker of identity and an integrated aesthetic along spaces with a different function. Oversize openings enhance the contact with the environment and have a beneficial impact upon the house’s interior climate, providing heat during the winter months, and keep out solar radiation during the summer, when the sun is at a higher level, with the aid of adequately dimensioned eaves and balconies. Combined with proper insulation and an air-tight envelope, energy waste between indoor and outdoor spaces is eliminated, and comfort, at once visual, thermal, and functional, is achieved, contributing to the feel of a nest in its non-visual aspects.