Tachikawa Annex is a modern single-family house located in , Japan, designed in 2020 by MDS Architectural Studio. 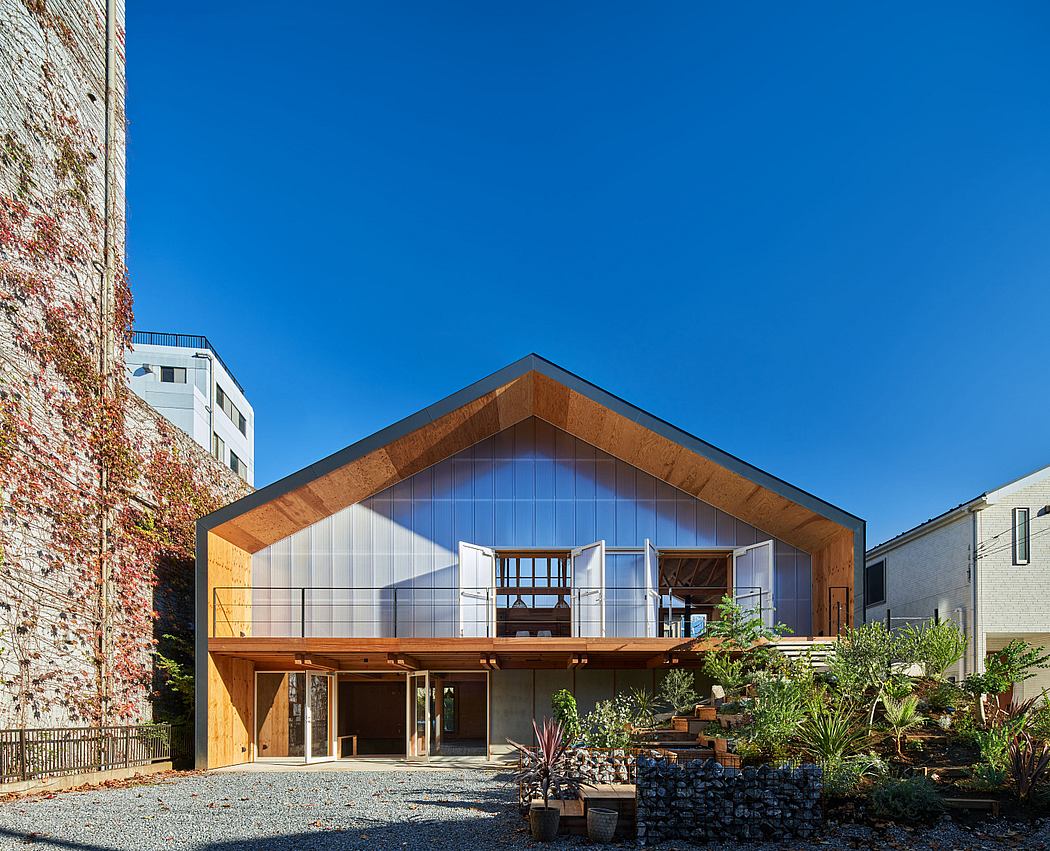 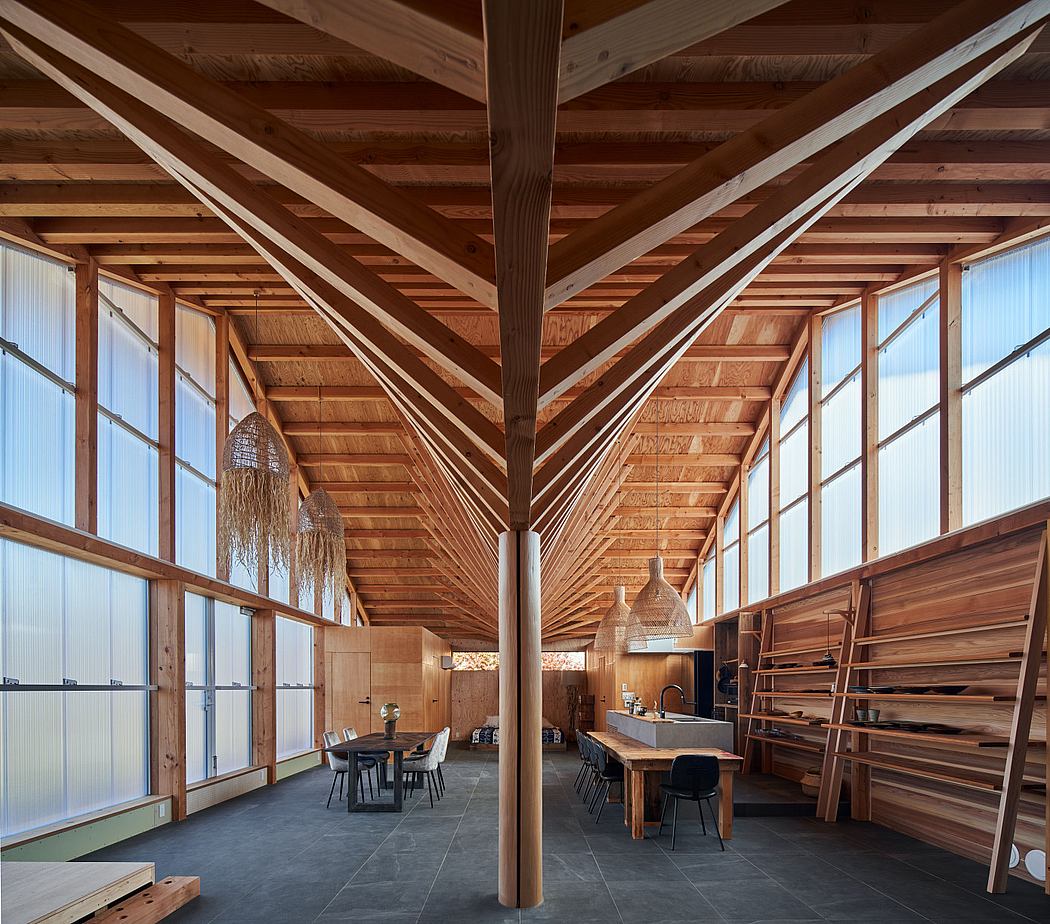 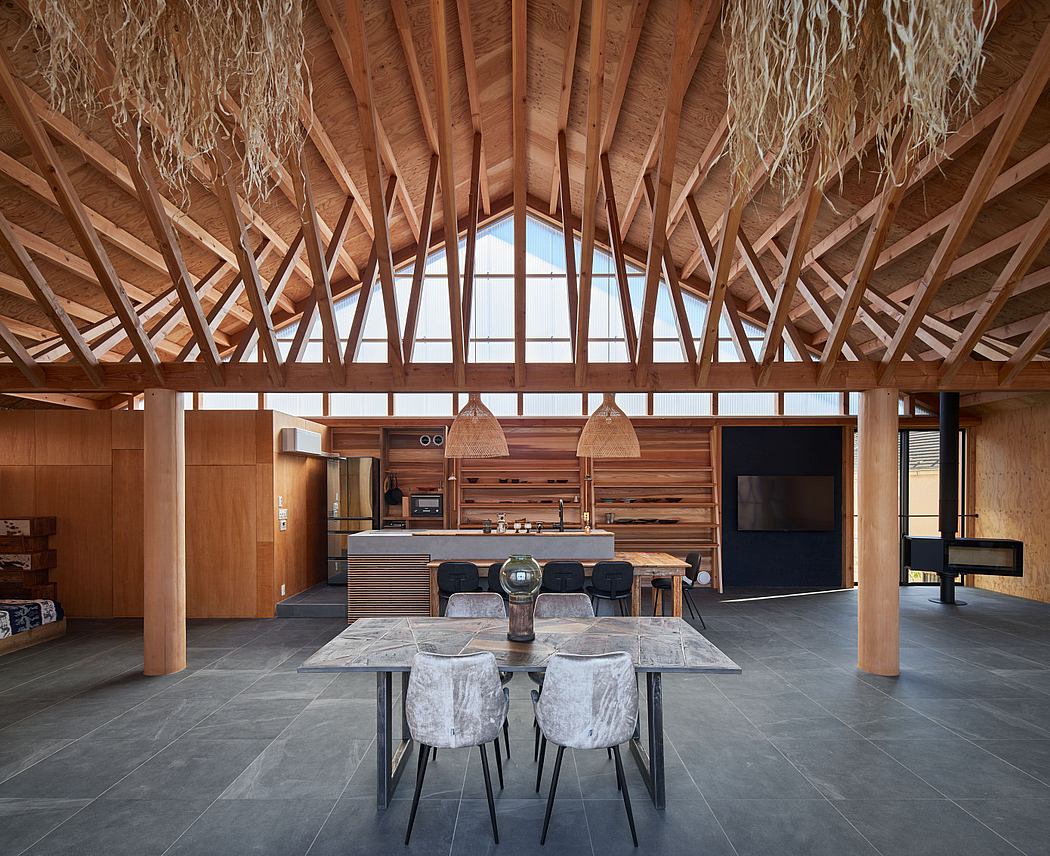 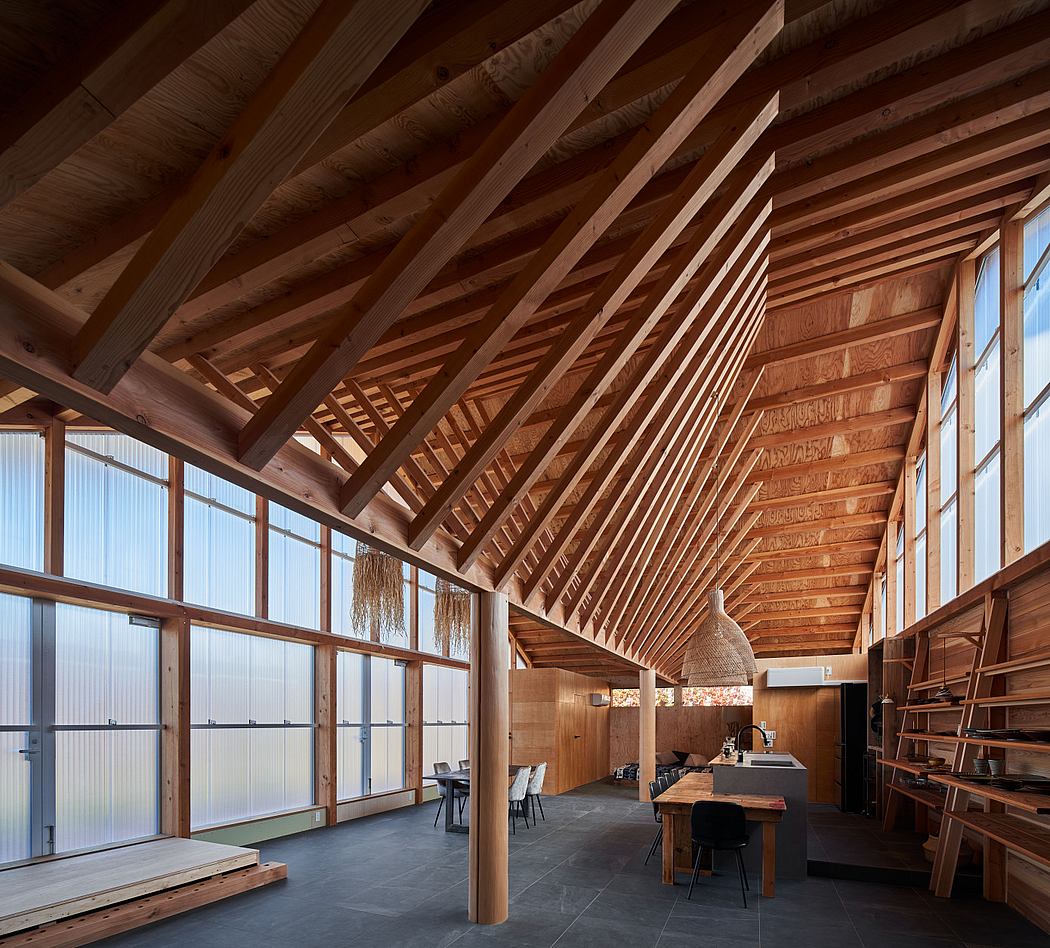 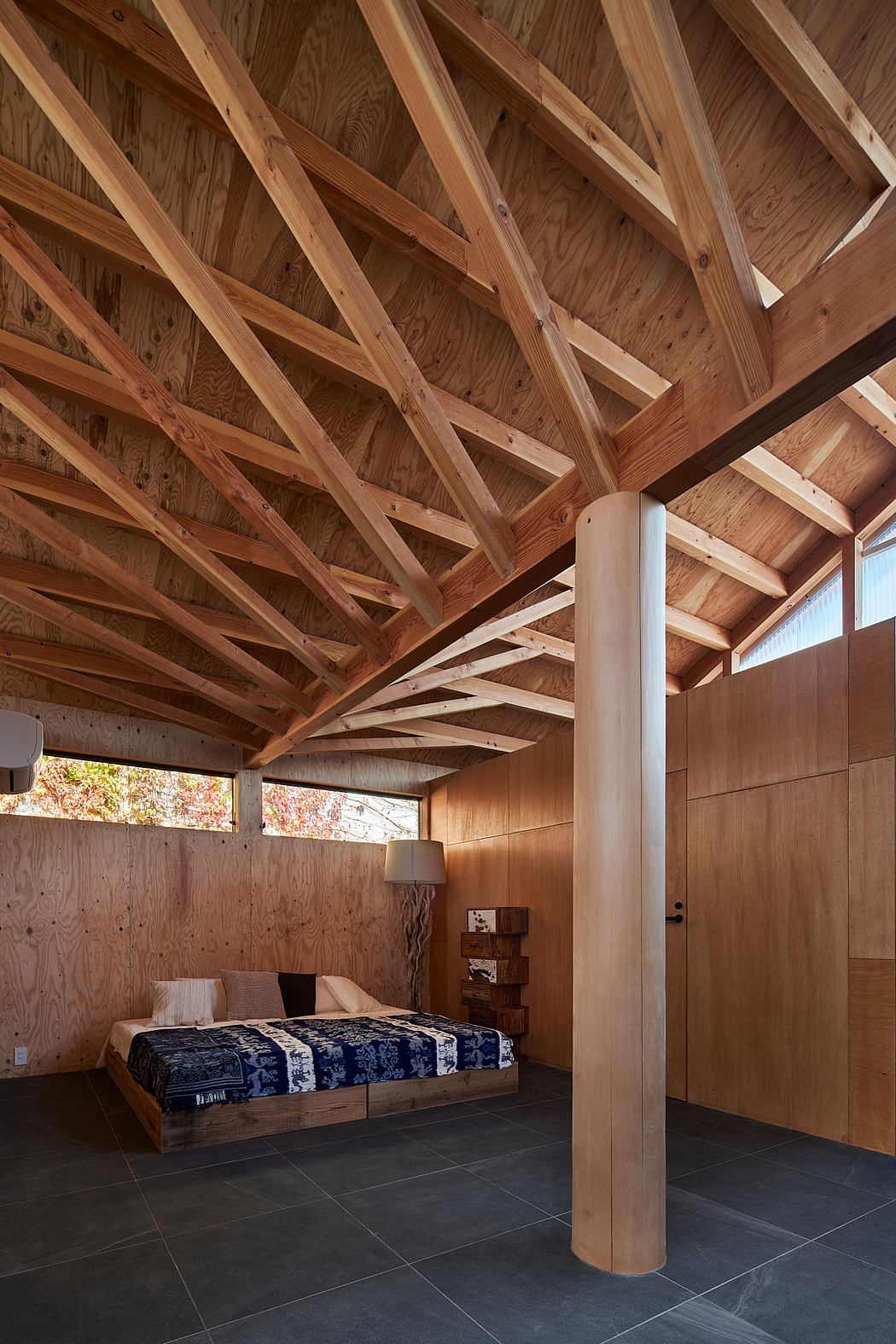 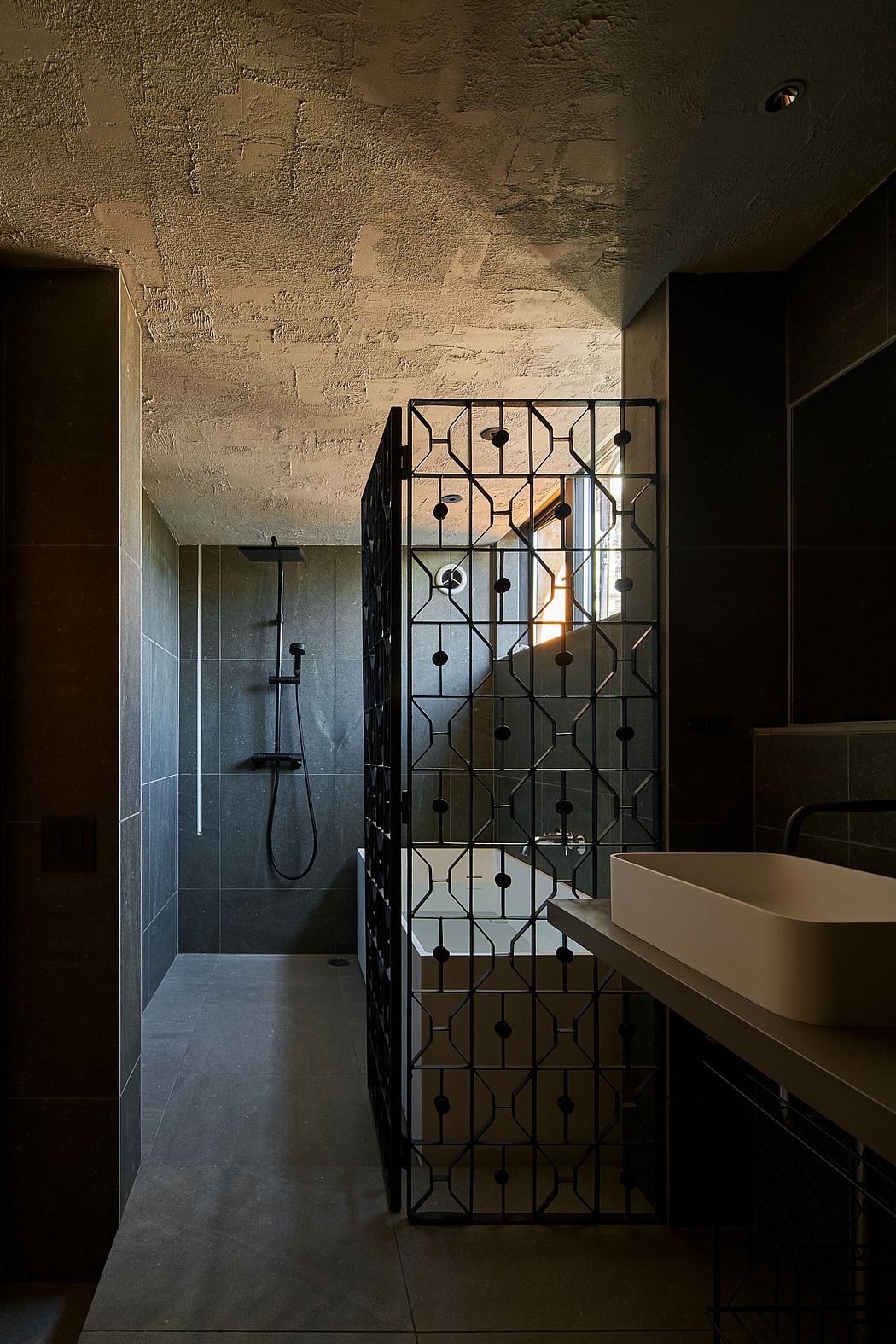 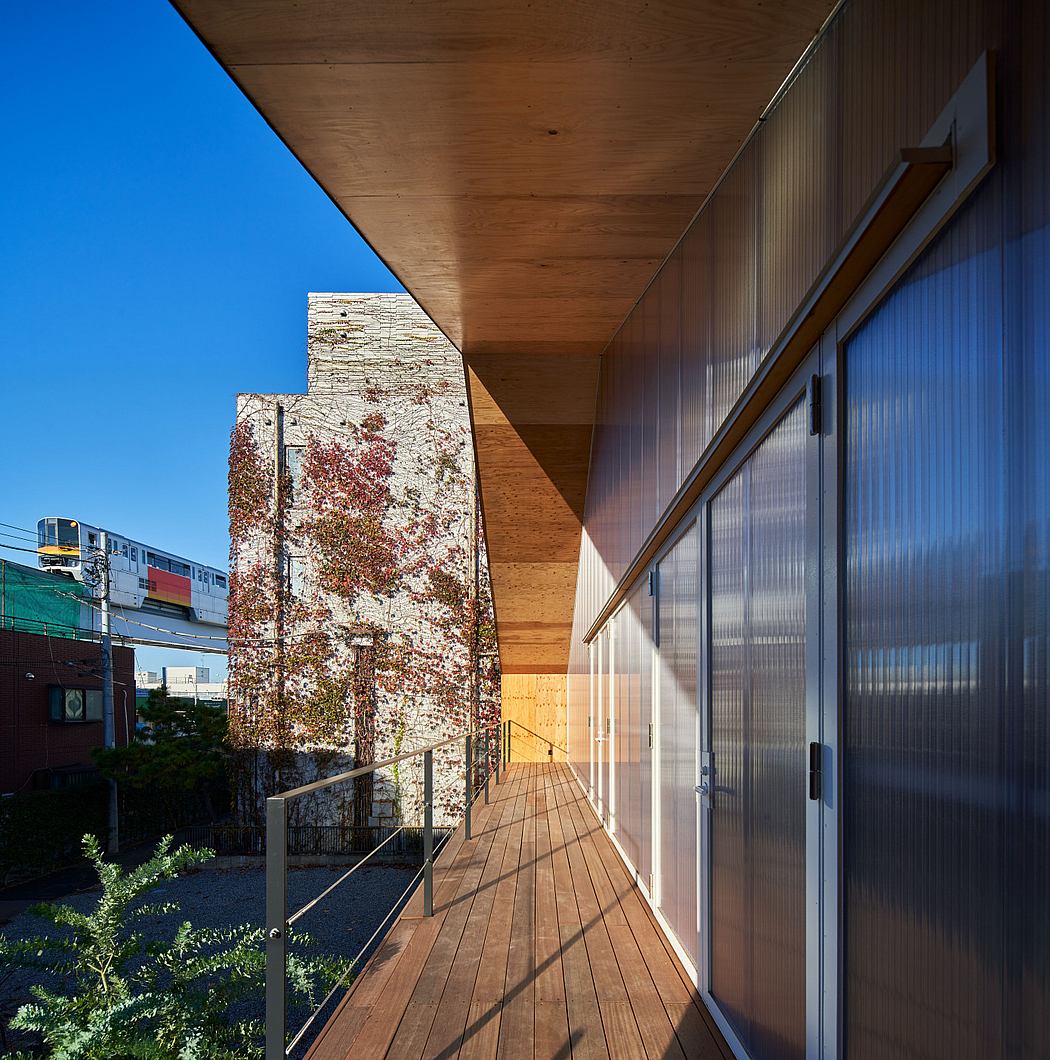 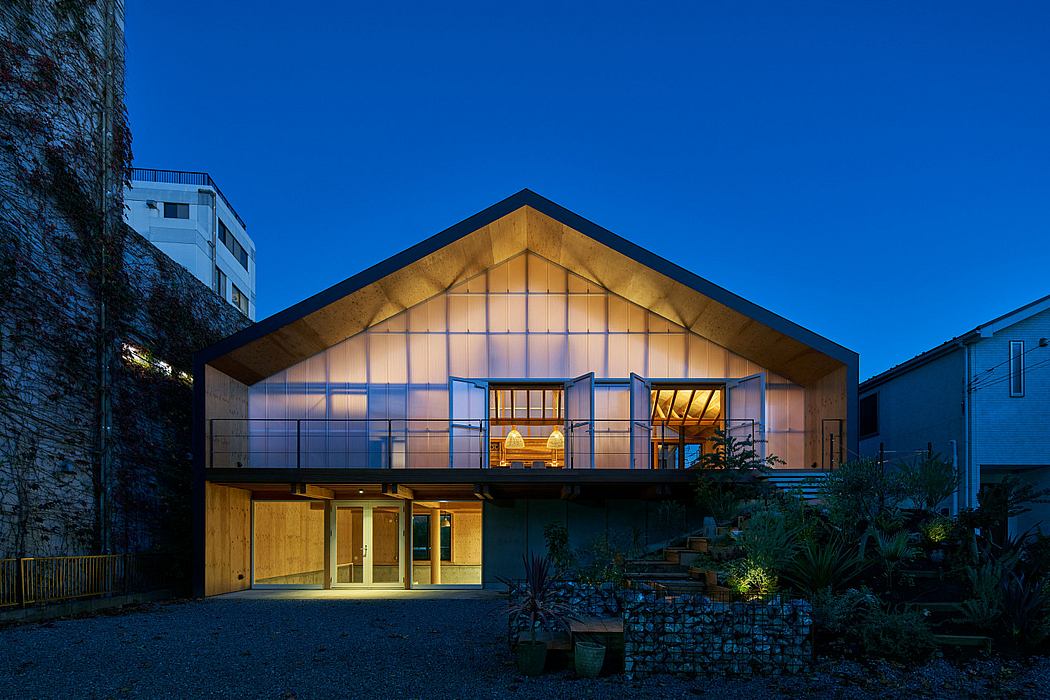 The building is an annex to the main building we designed about 10 years ago as corporate headquarters of a clothing maker and the owner’s house. The site stretches over several zones under different regulations, which led to different structure or height variations. Our choice, in contrast to the five-story RC main house which rose vertically, was to design a light wooden building in the widened area in the back of the site, in the category I exclusively low-rise residential zone. The exposed timber frame structure is composed of the lower structure with two-story posts, and the roof structure with 90 by 90 mm timber struts which, supporting the purlins, shift in angles and form HP surfaces. These two structures—the lower and the roof—together with the intervening floor frame in between create a unique and generous single space on each level.

The ground floor is used for a as well as a , while the upper floor is a second house of the owner. Optimized for the purpose, the ground level has less openings to let in only modest lights into the dark space. In contrast, the upper level has full openings on the gables to brighten the space for the residential purpose. Considering the main facade was on the west, we had to cope with low-angle sun exposure as well as to block views from frequent monorail traffic. Thus, we adopted translucent polycarbonate with thick void layer for efficient insulation and thermal protection. As a result, we created a space without shadows, filled with subtle light.

As the bearing ground level was only about 1m below surface, we put the mat foundation on that level and used the slab as the ground floor. The soil dug for the foundation was mounded up to the upper level to connect the residential floor with the ground. The light facade with full opening—though translucent—gives a feel of temporary facility and opens to the town. This annex, surrounded by the main building and other detached houses, aims at presenting a new and unclassified townscape in the way it’s used, the scale, and how it emerges as architecture.