Introducing NZ2, a modern house designed by and located in , Israel.

This 250 square meter (2,690 square feet) house is spread over four levels, and offers plenty of space for a couple whose children left the nest. The first floor features the new, fully equipped kitchen with an interesting wooden covering and a two-sided partition with a fireplace. The second and third levels house two suites and the master suite respectively, and the fourth floor is a well-equipped home gym. Additionally, the garden features a deck and a eating area with travertine-like porcelain tiles.

Situated in the city of Ness Ziona, known for its technological contributions to Israel, this modern house is the perfect getaway for the couple. 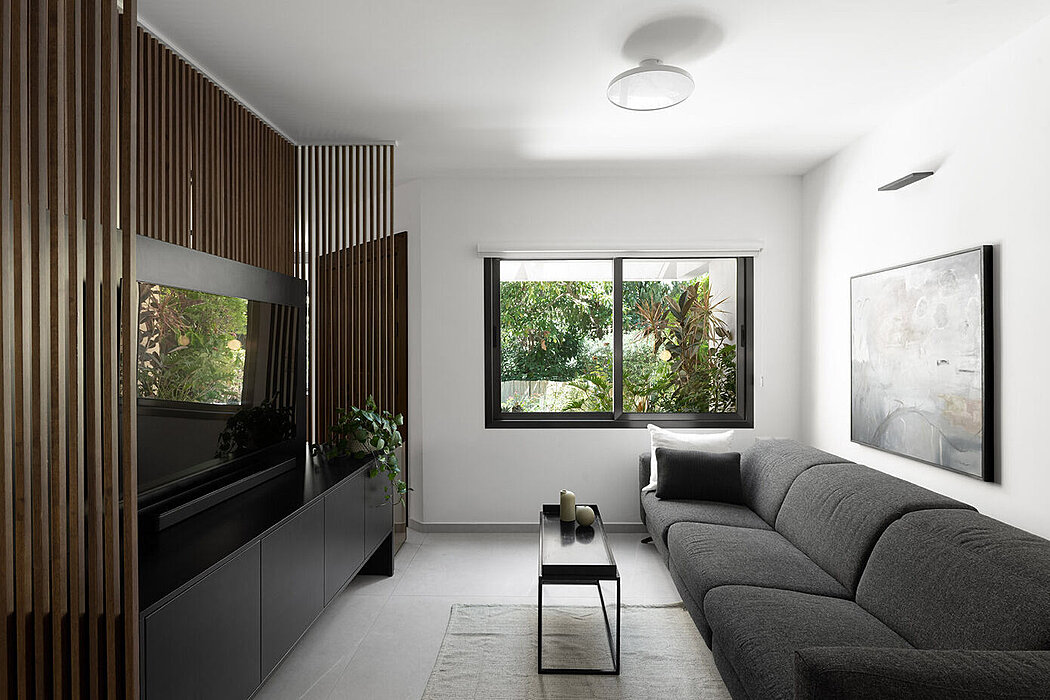 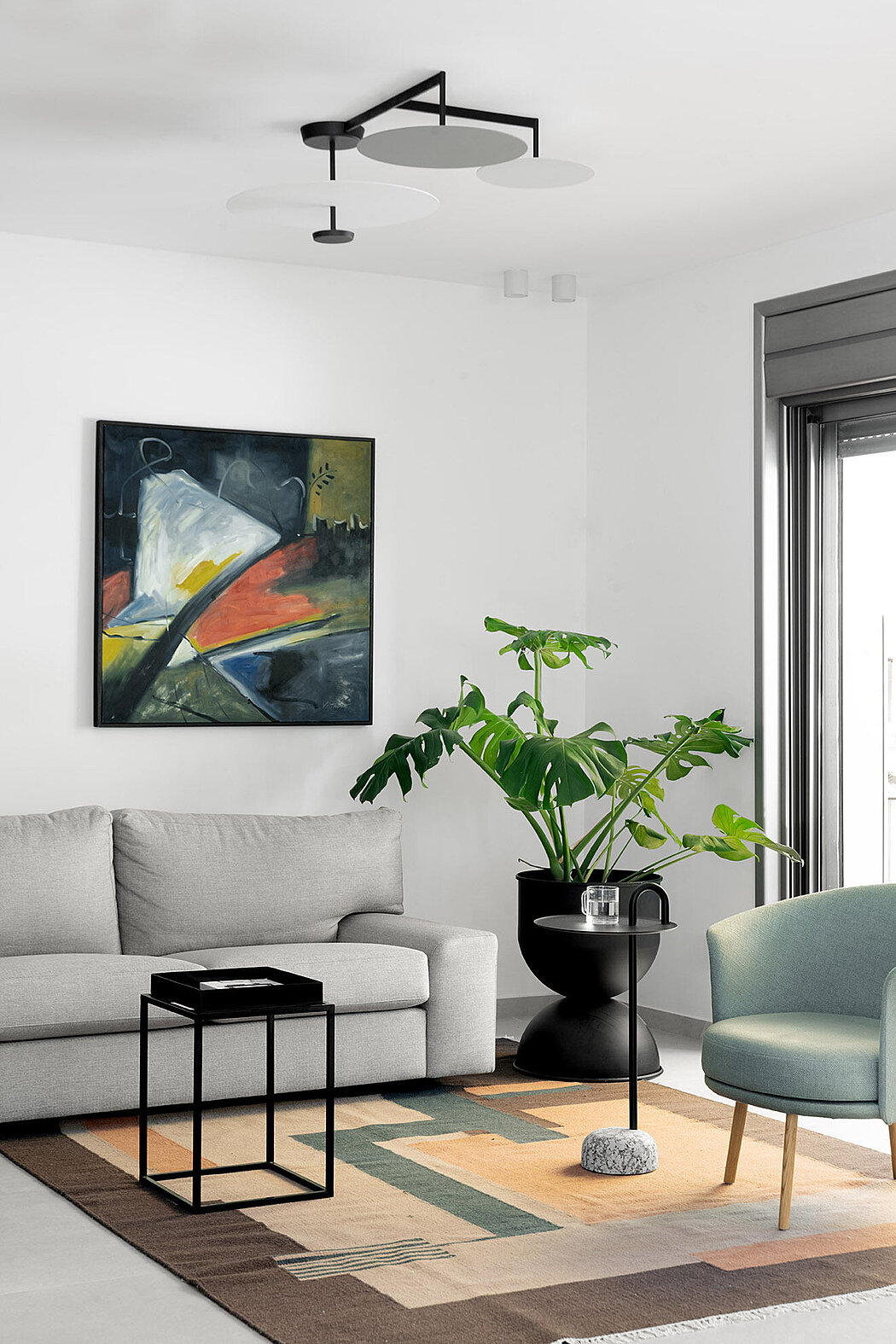 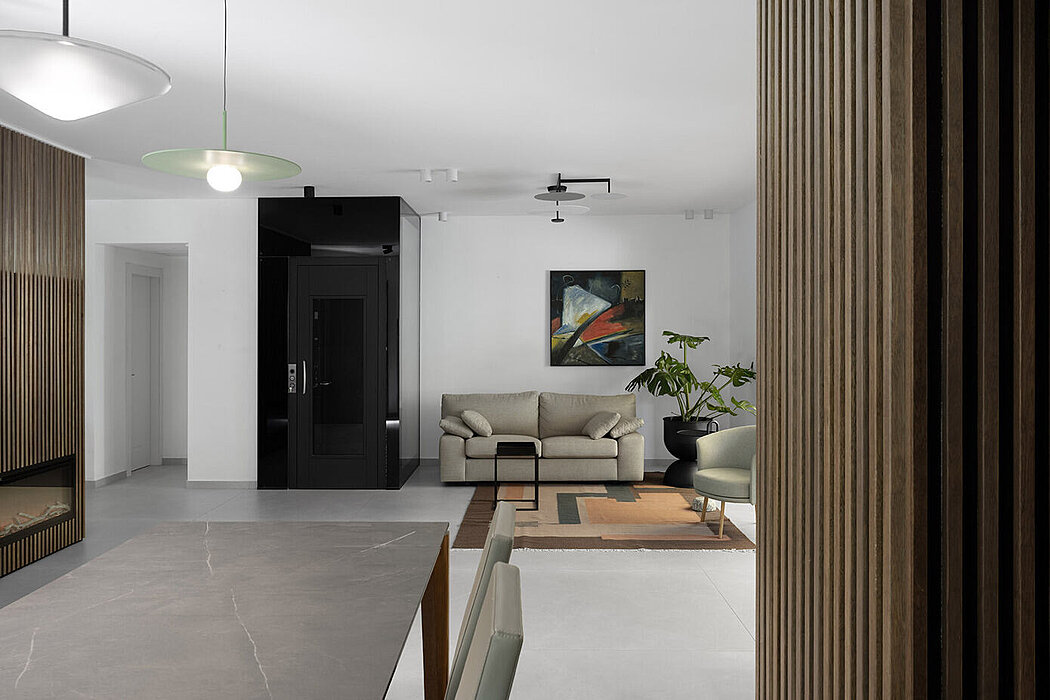 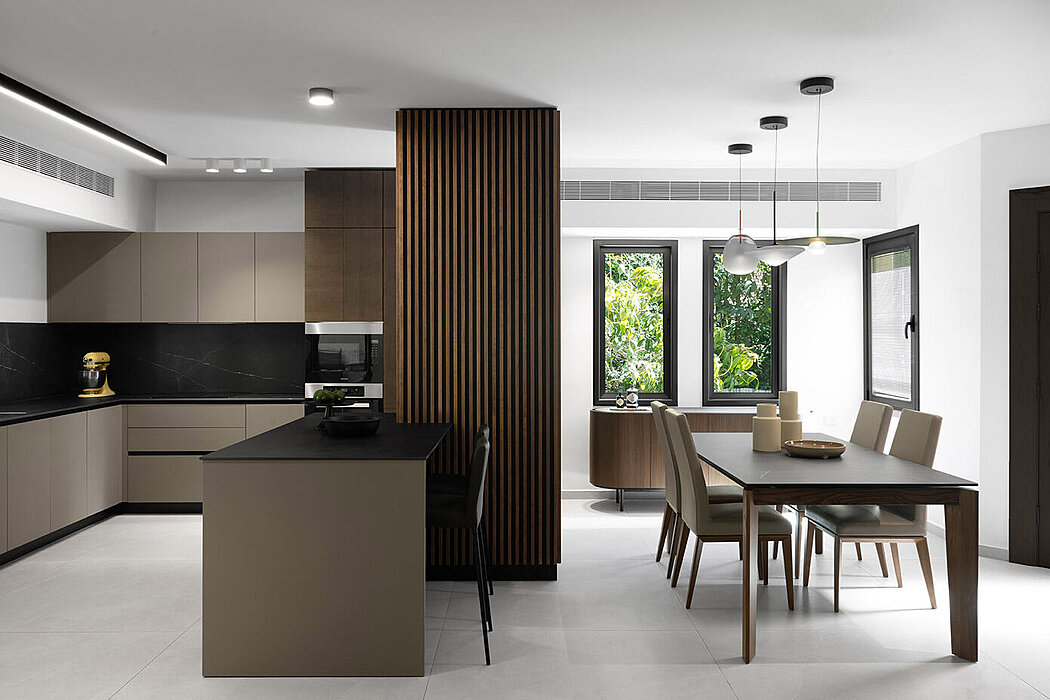 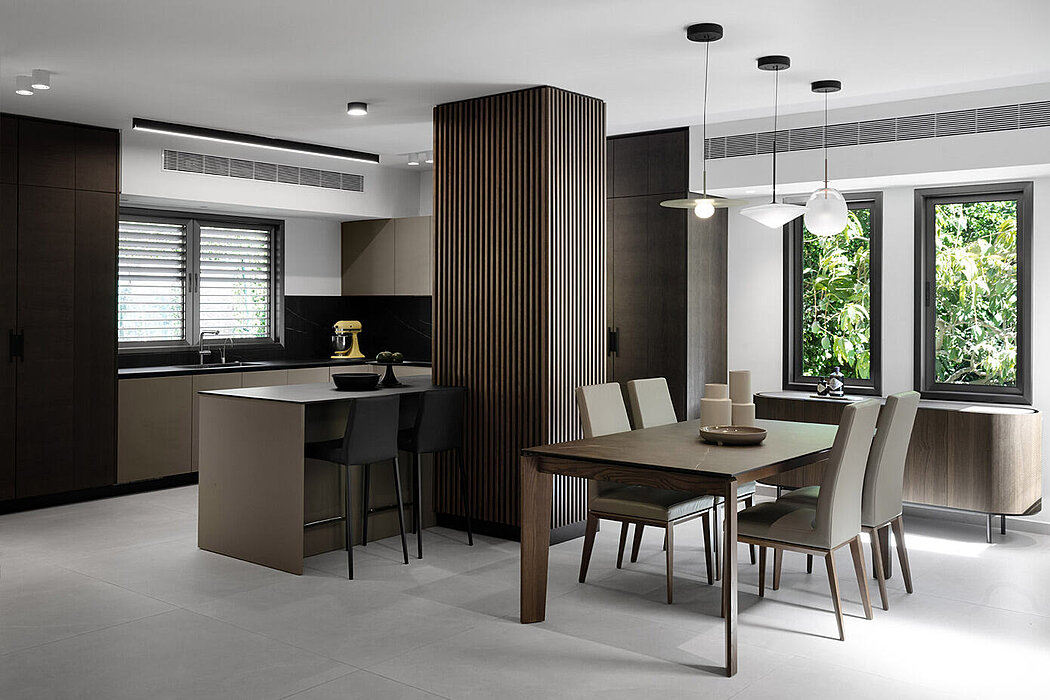 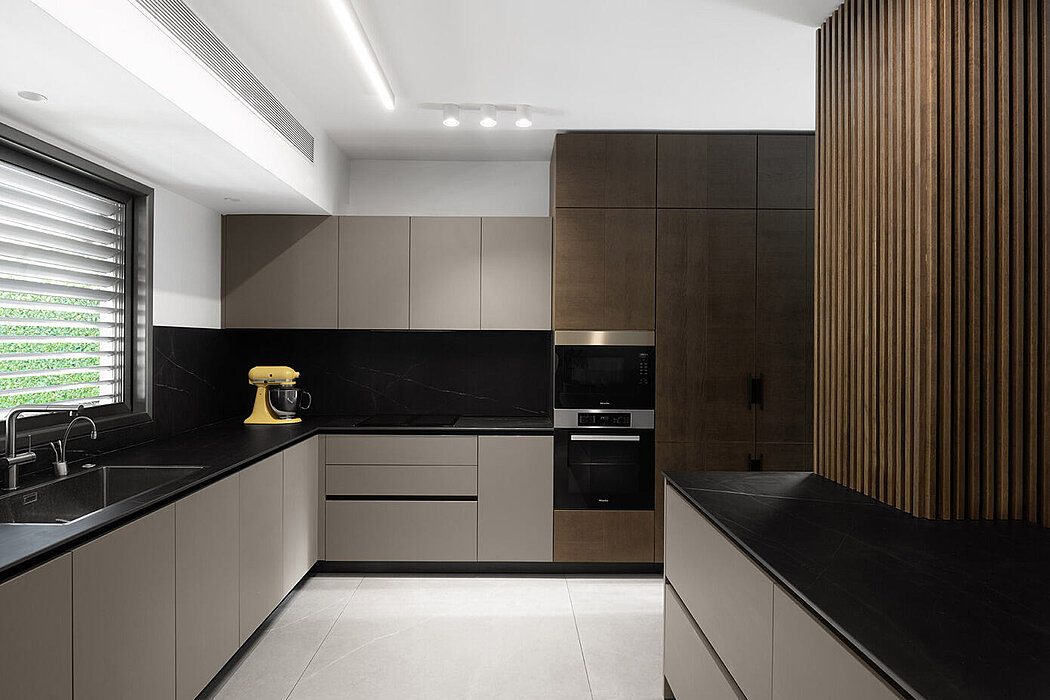 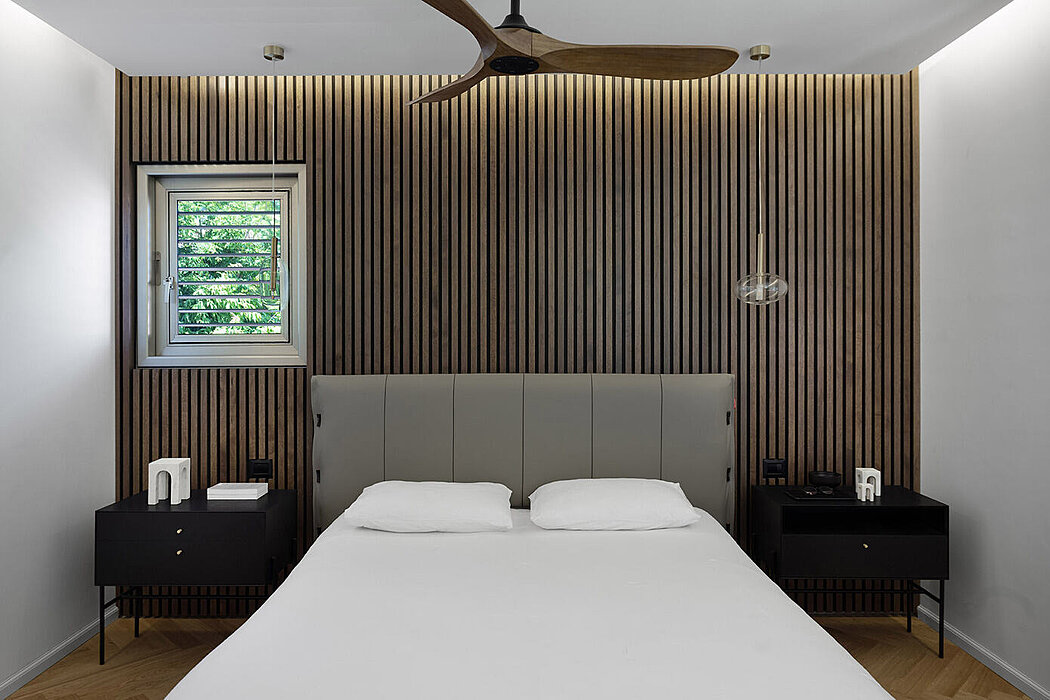 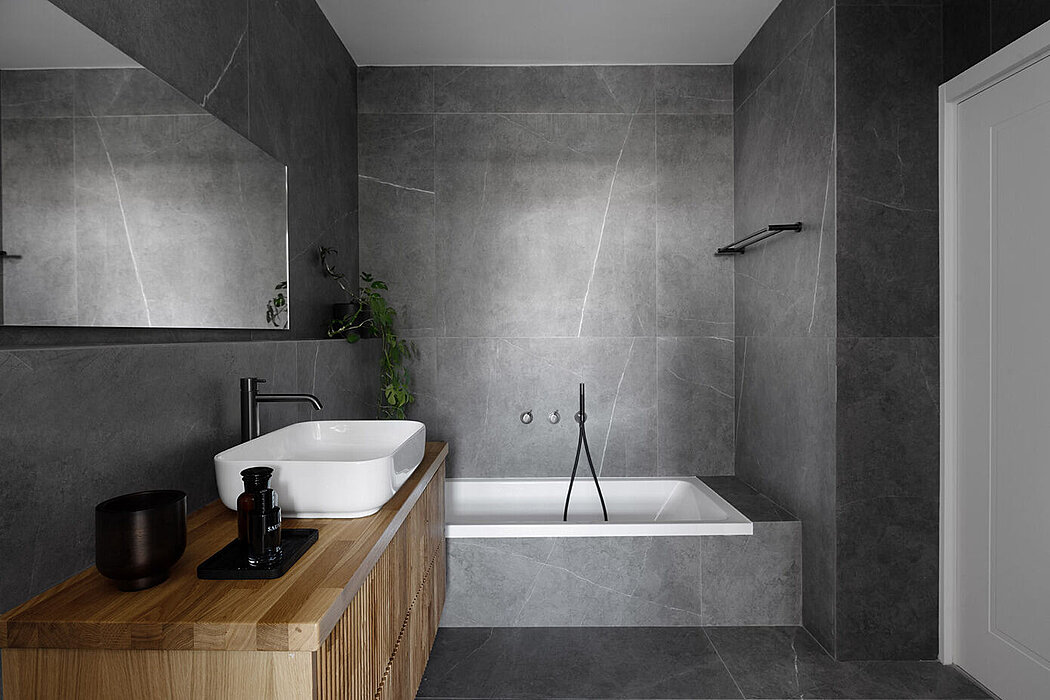 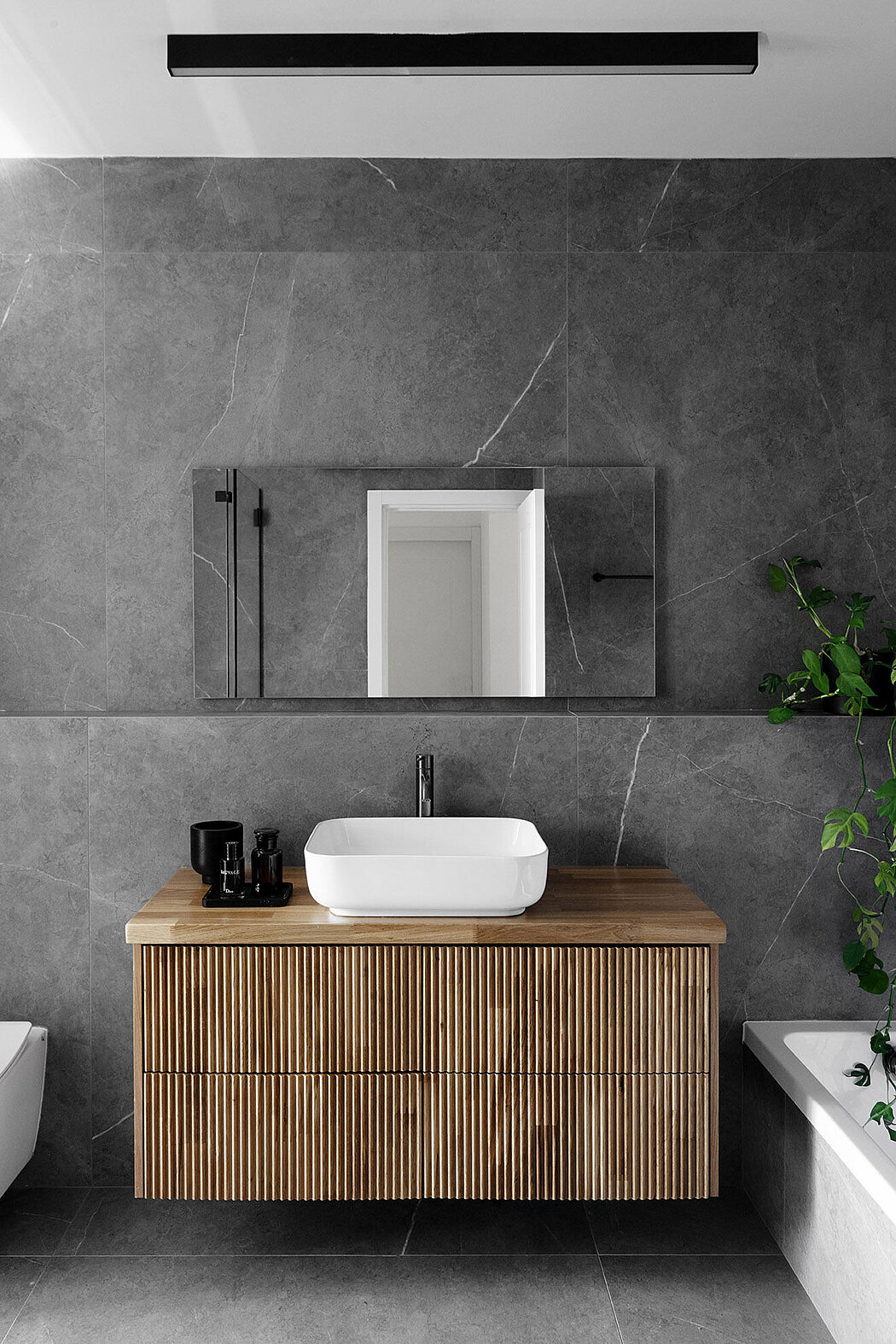 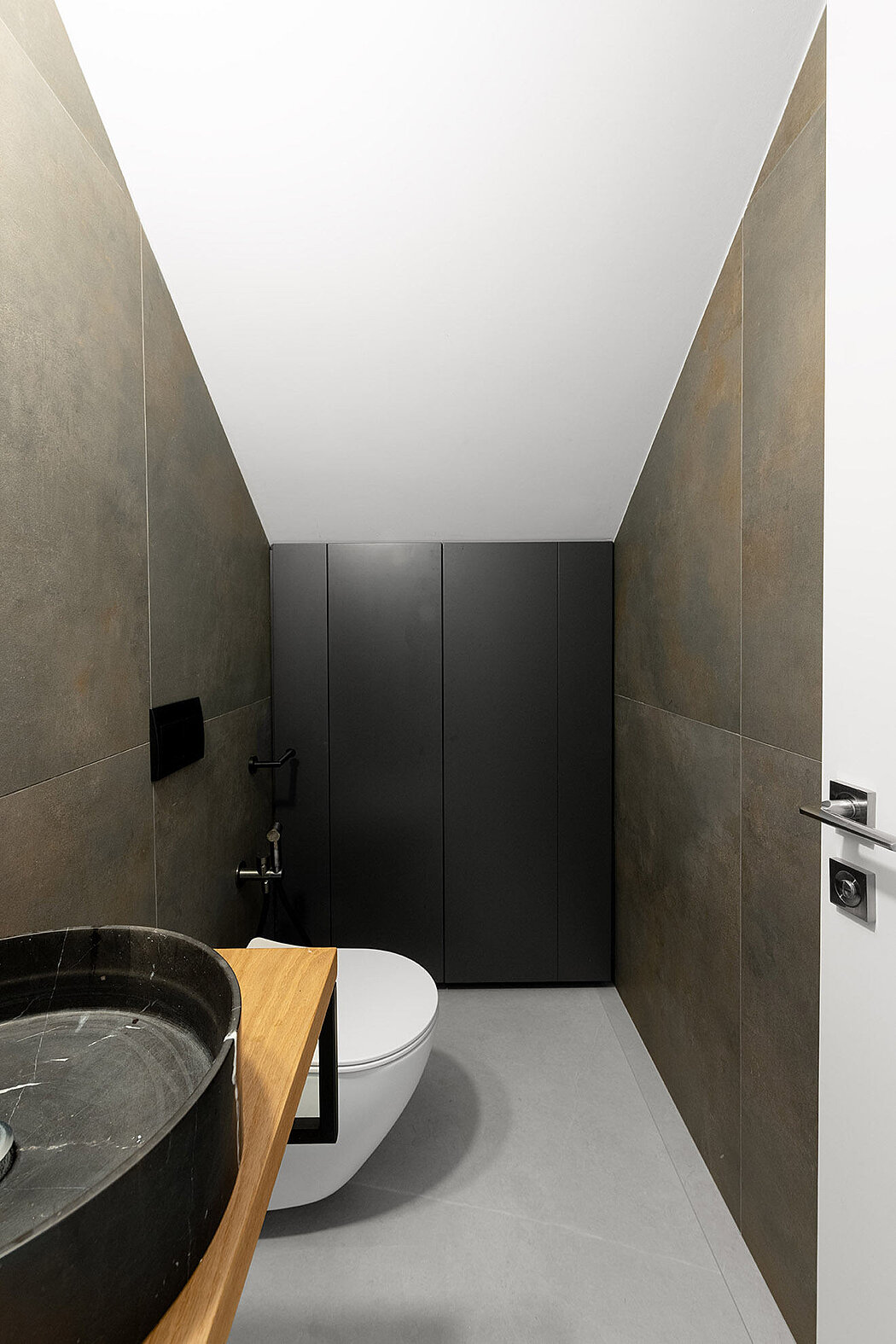 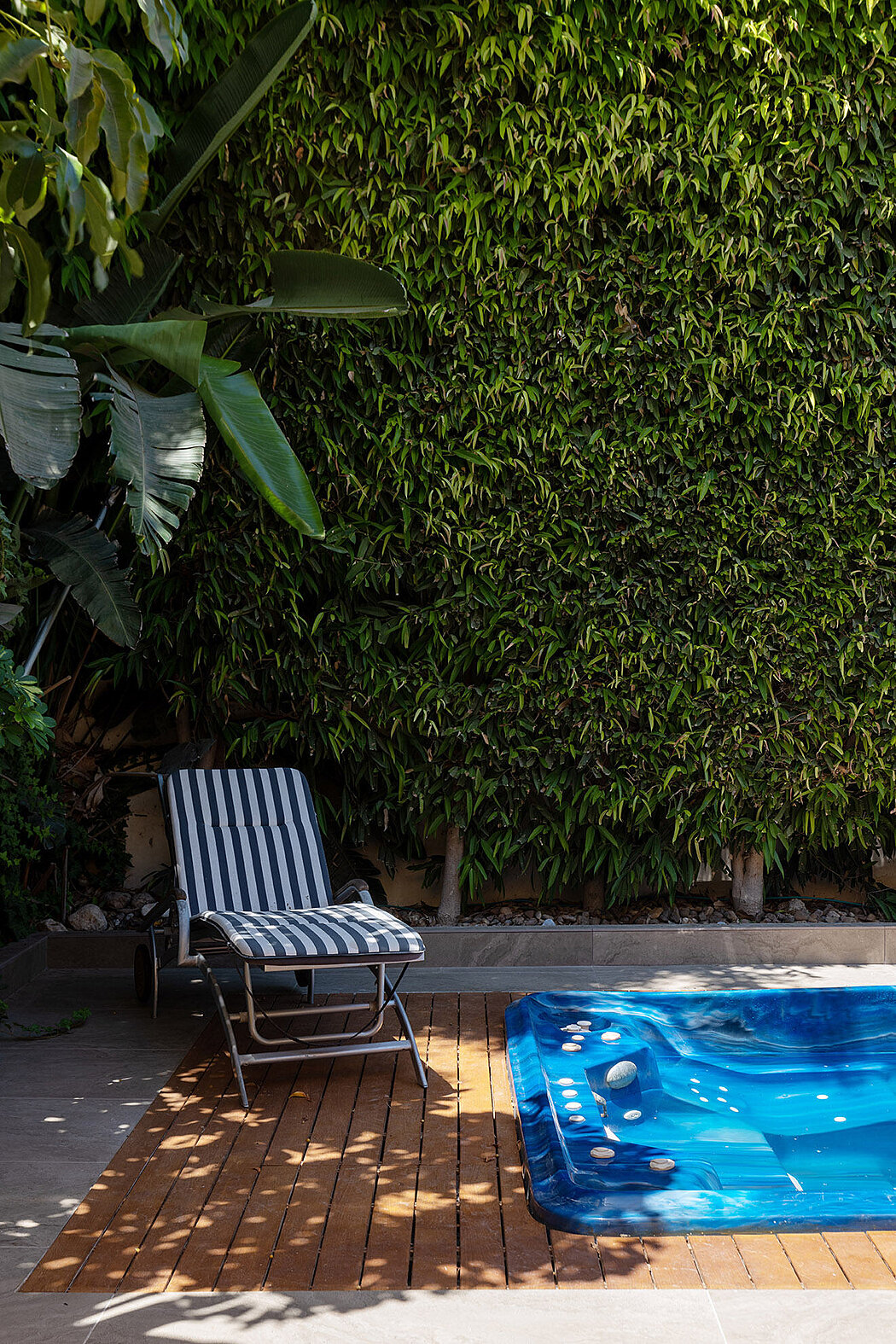 When the couple contacted us, their children had left the nest and they wanted to redesign their home. We were tasked with transforming the 250 square meter (2,690 square feet) house into a modern, well-lit space over four levels.

Remodeling to Let in the Light

The first step in our project was to take down two built elements that were obstructing natural light from entering the central space. We removed walls that separated the kitchen from the dining area and entrance hall, and between the television space and the central space.

On the entrance floor, we tore down as many walls as possible to allow light to enter the space. We ordered a new, fully equipped kitchen, and wrapped the remaining wall with an interesting wooden covering in a shade that complemented the kitchen. We also added a two-sided partition in the style of wooden bars to provide glimpses and privacy between the TV viewing space and the rest of the house. This partition also contained everything needed for entertainment and music, plus a fireplace.

Upgrades to the Garden

In the garden, we added a deck around the existing pool, and we paved the eating area with travertine-like porcelain tiles.

The second level contained two suites with a shared shower and toilet. This provided the family’s guests and children with maximum privacy.

Adding an Elevator and Master Suite

On the third level, we suggested the addition of an elevator for easy access. The elevator shaft was made of steel and glass and was transparent to all the vertical stops. This created a unique character in the space both materially and geometrically. We also designed a spacious master suite with a shower and toilet, a foyer, a hallway leading to a walk-in closet, and a bed with hidden artificial lighting around the ceiling.

On the fourth level, we created a well-equipped home gym with a shower and toilet, a couch, and a viewing screen. This provided the couple with a place to rest between workouts.
Photography by Gidon Levin