Melisende Oasis is a Mediterranean-style located in Acre, Israel, designed by Michal Matalon. 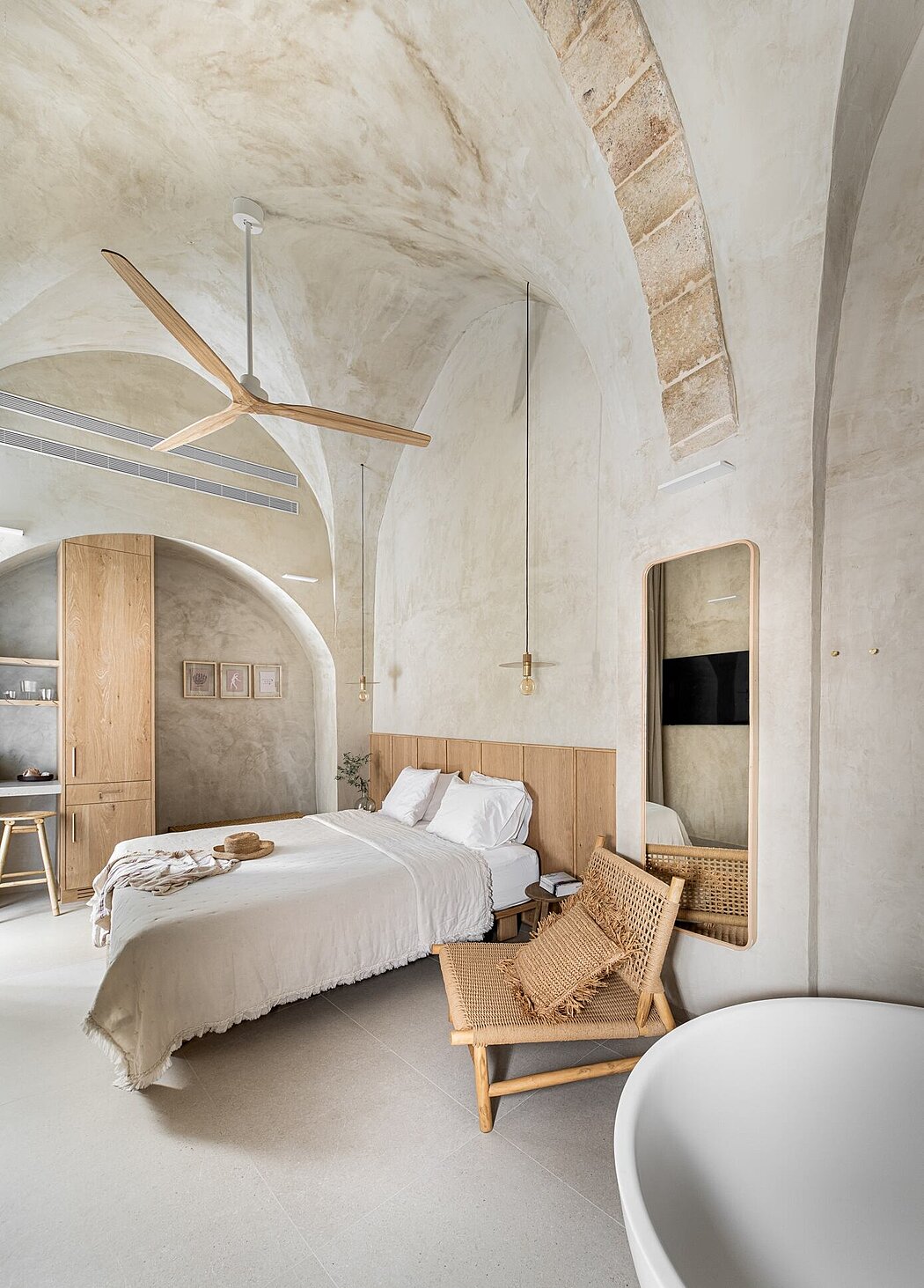 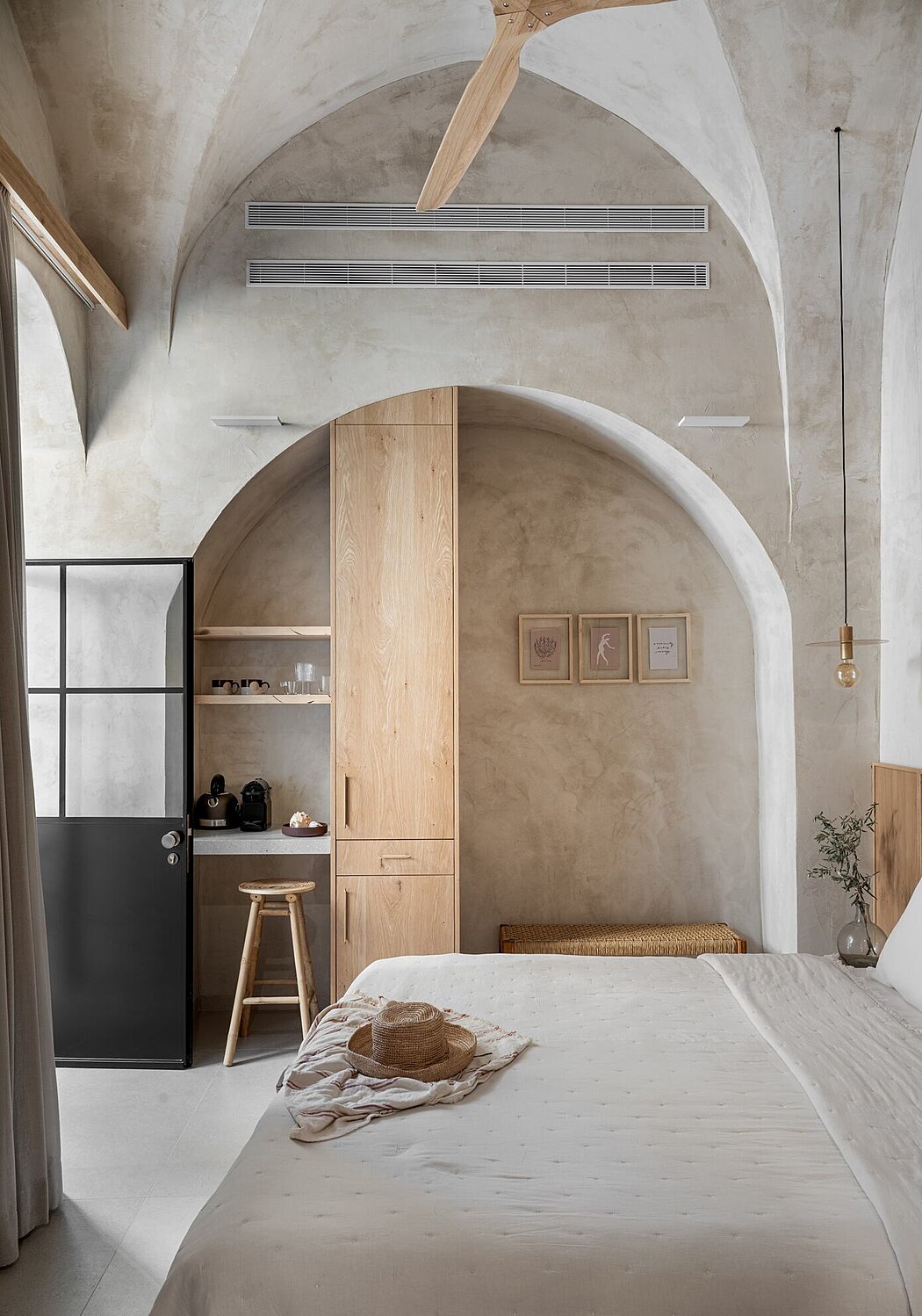 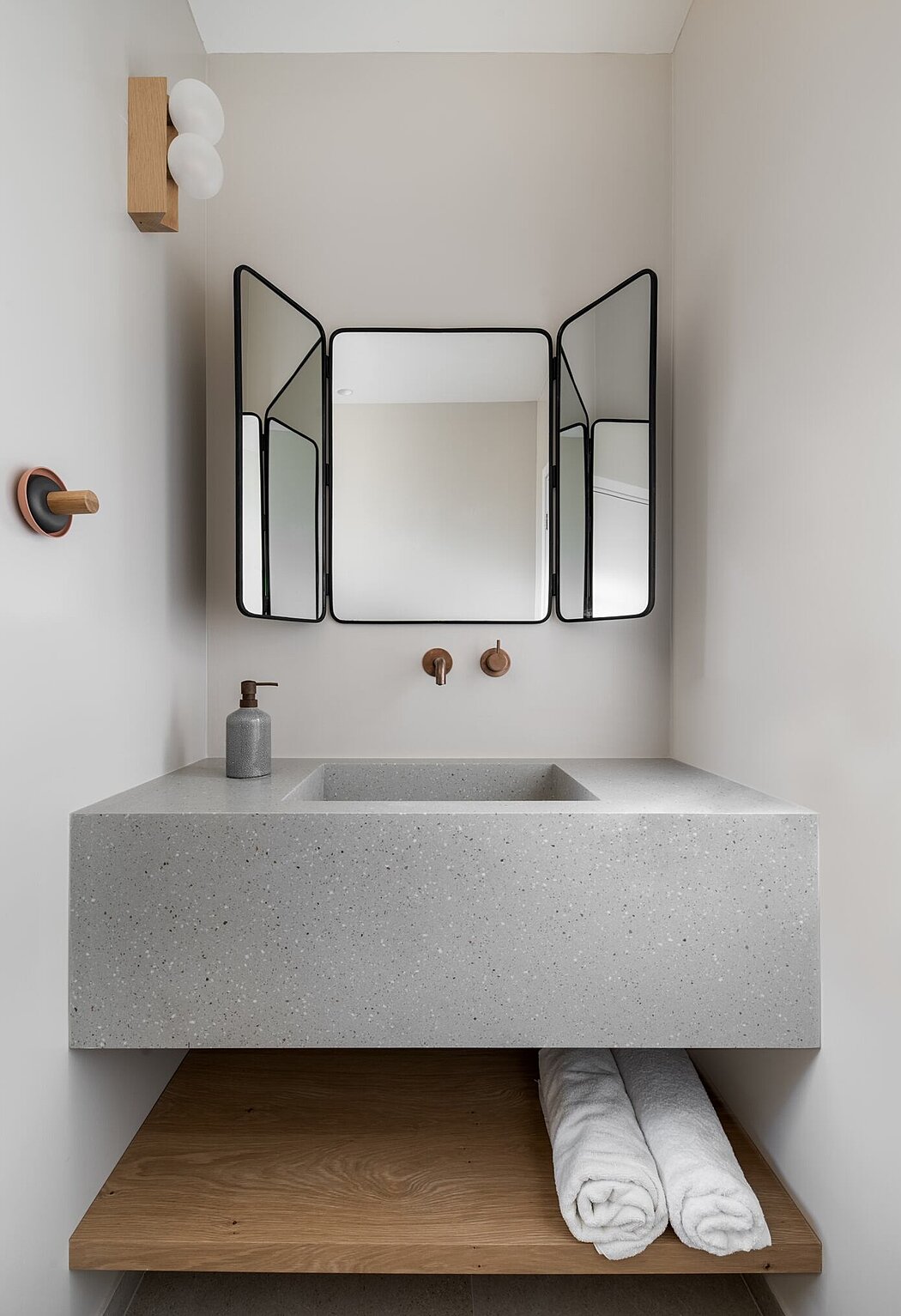 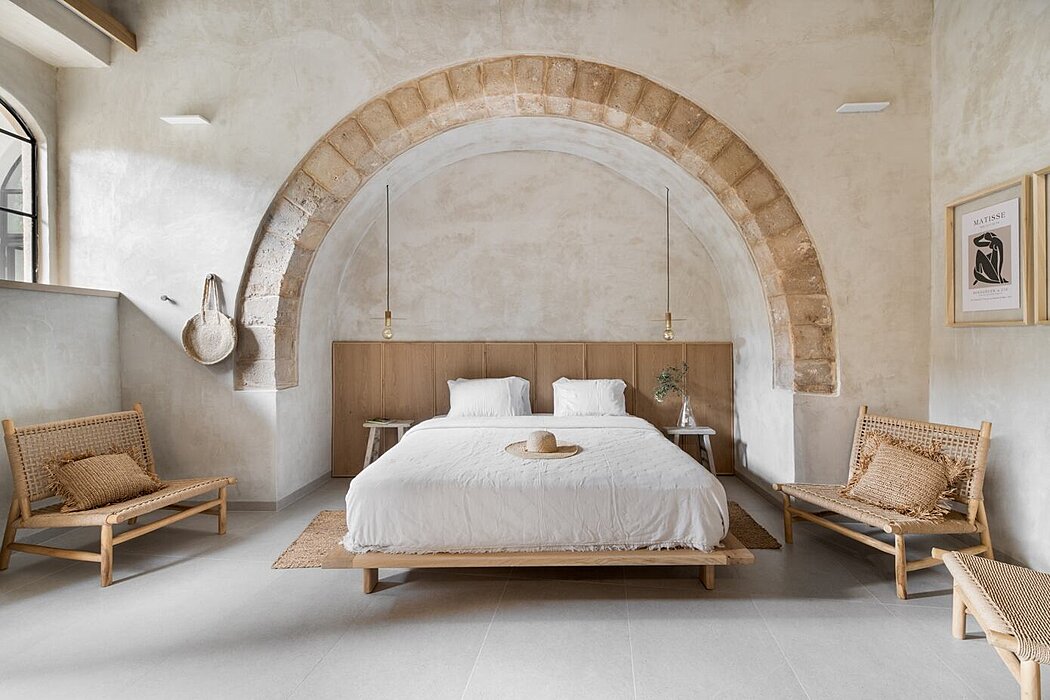 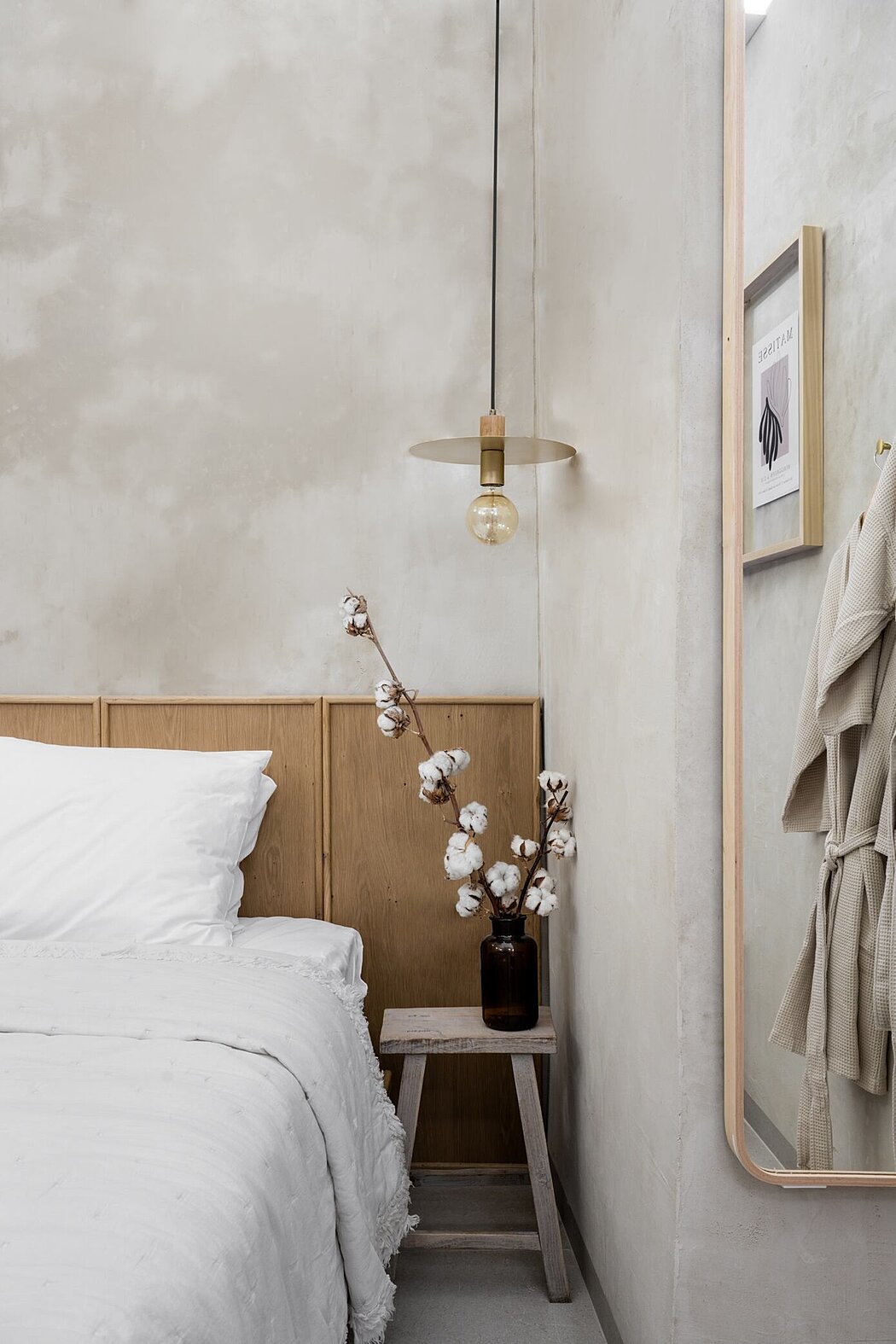 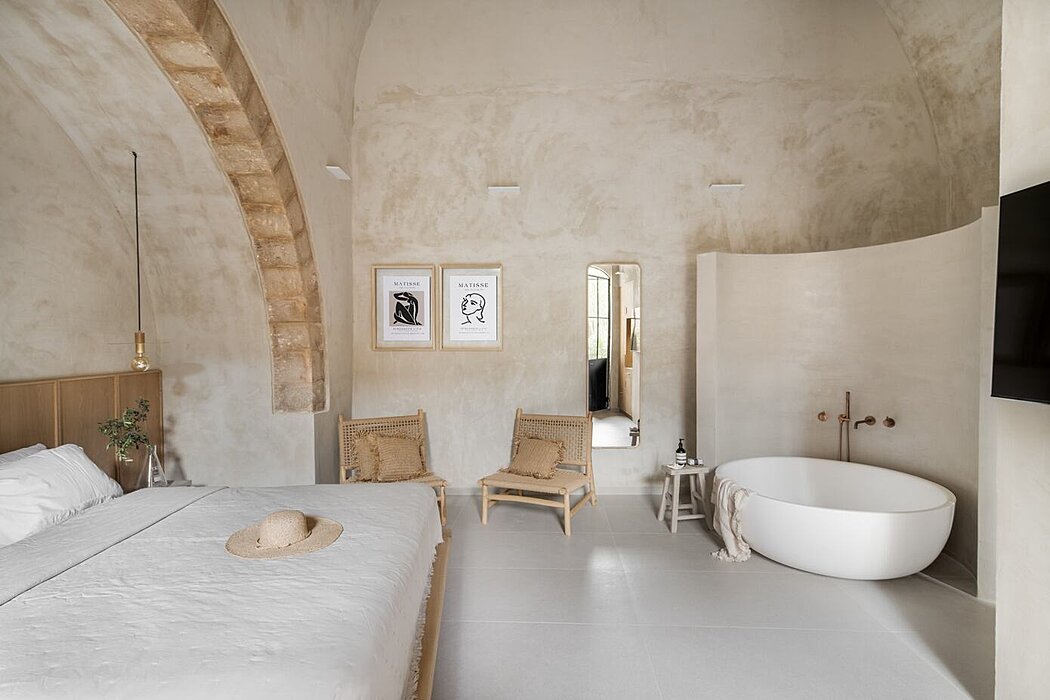 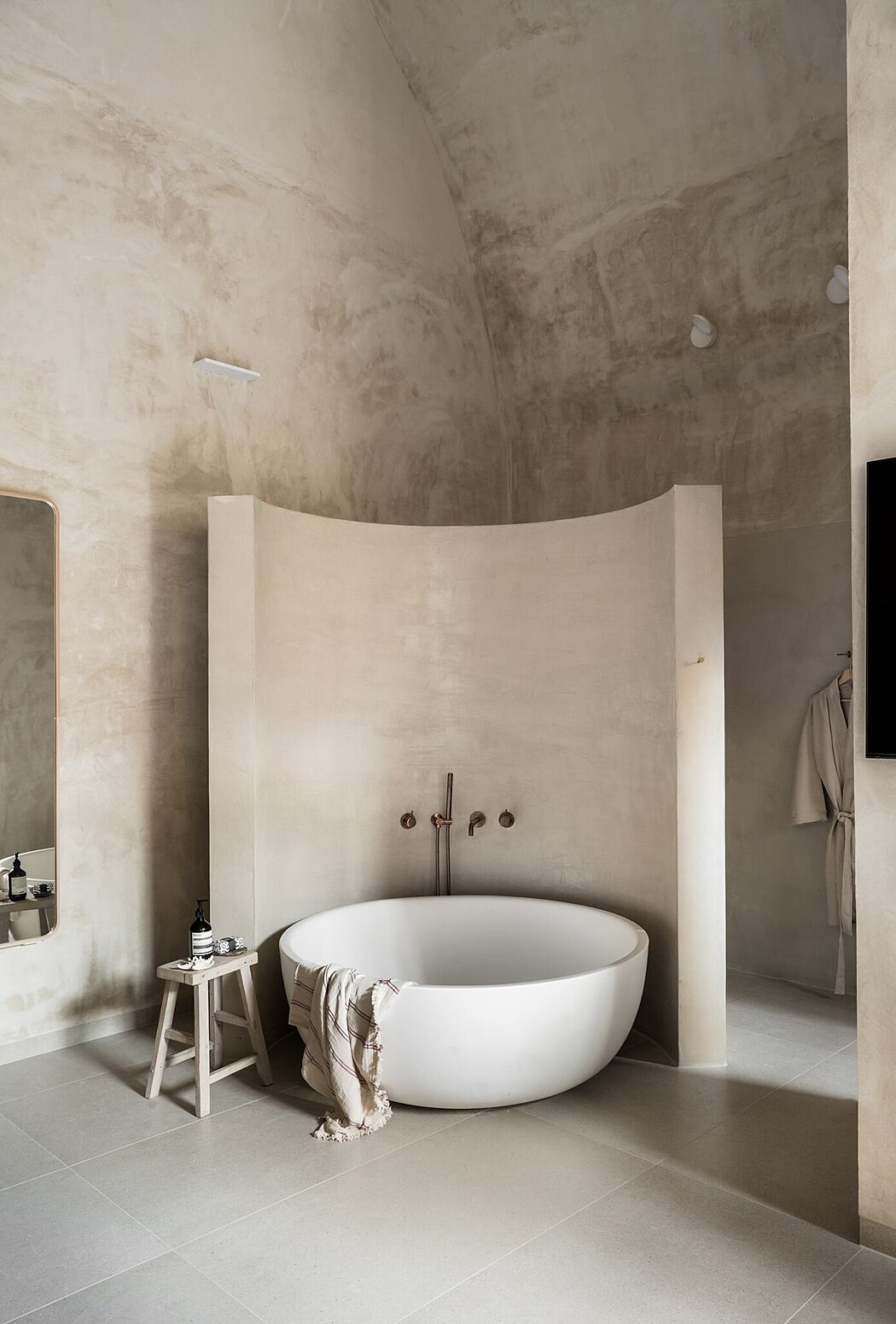 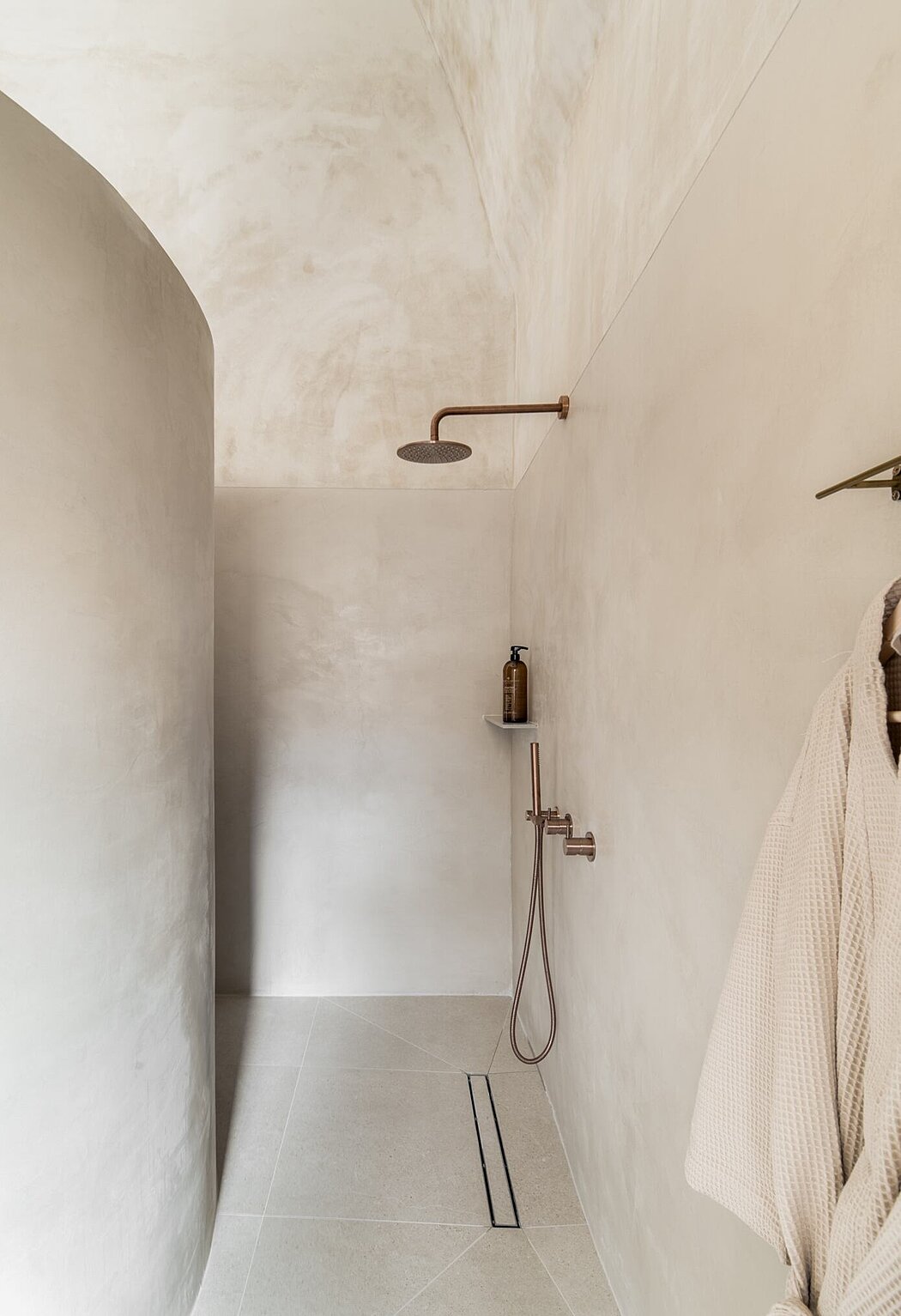 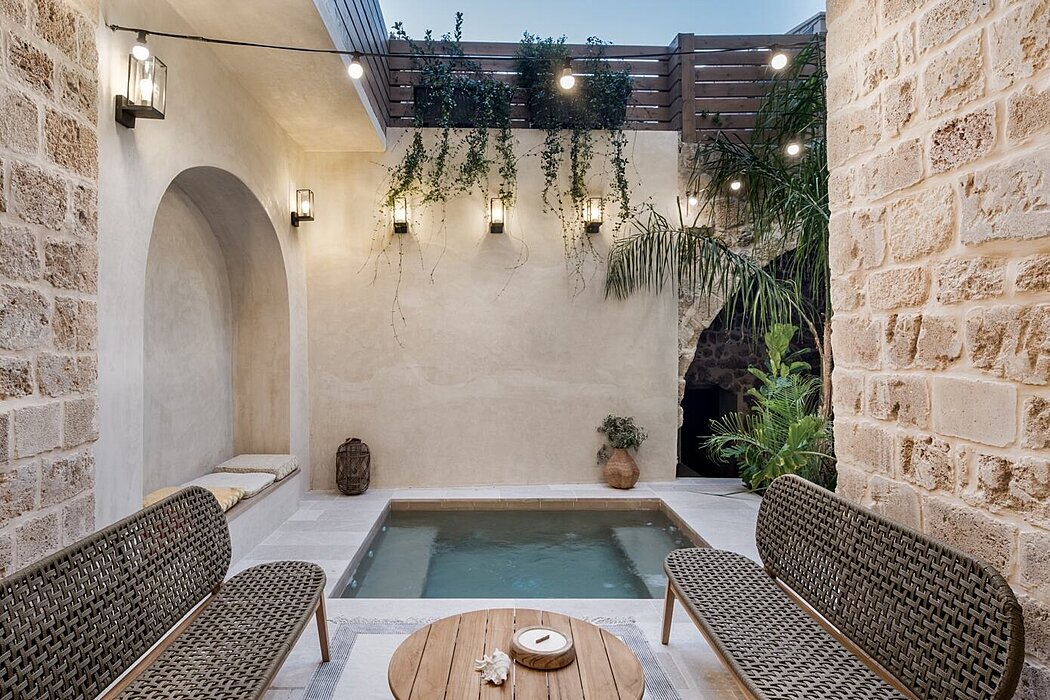 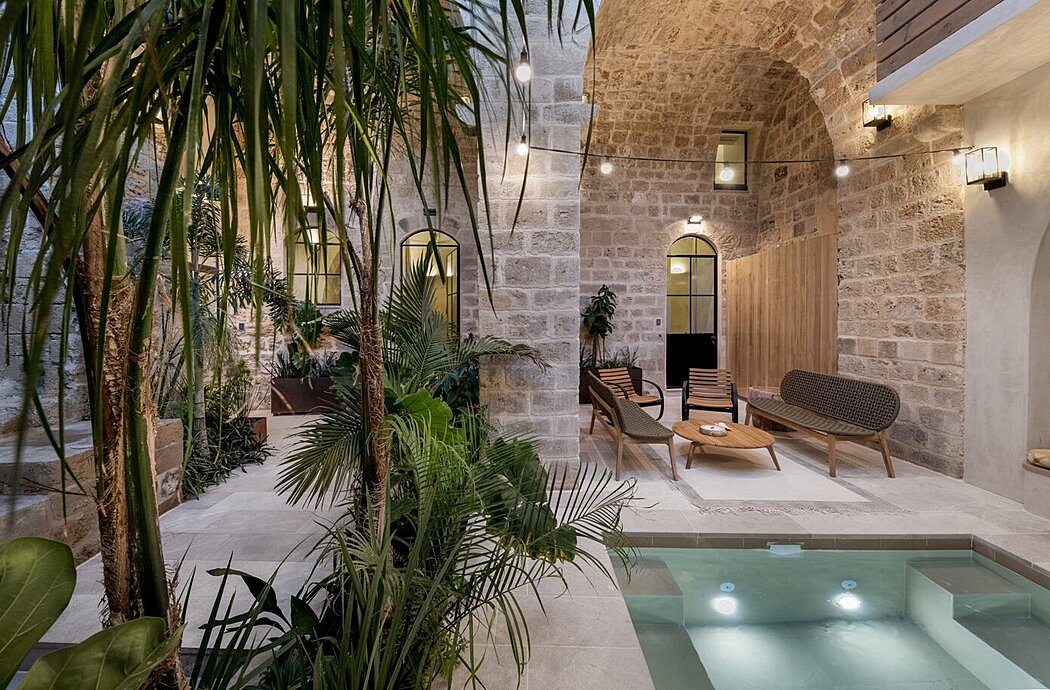 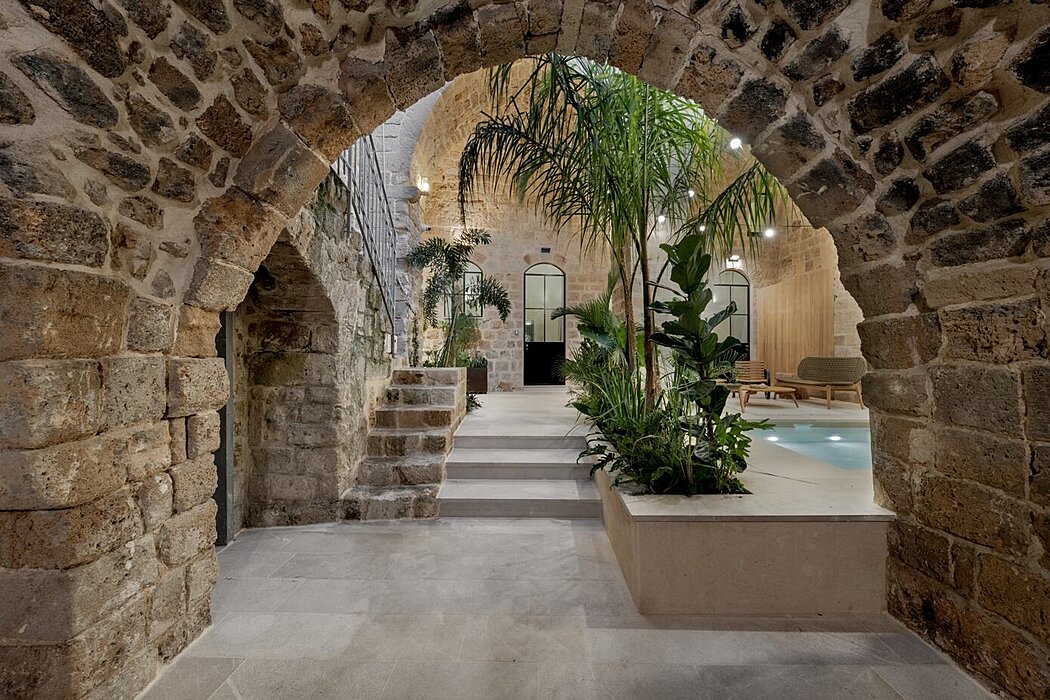 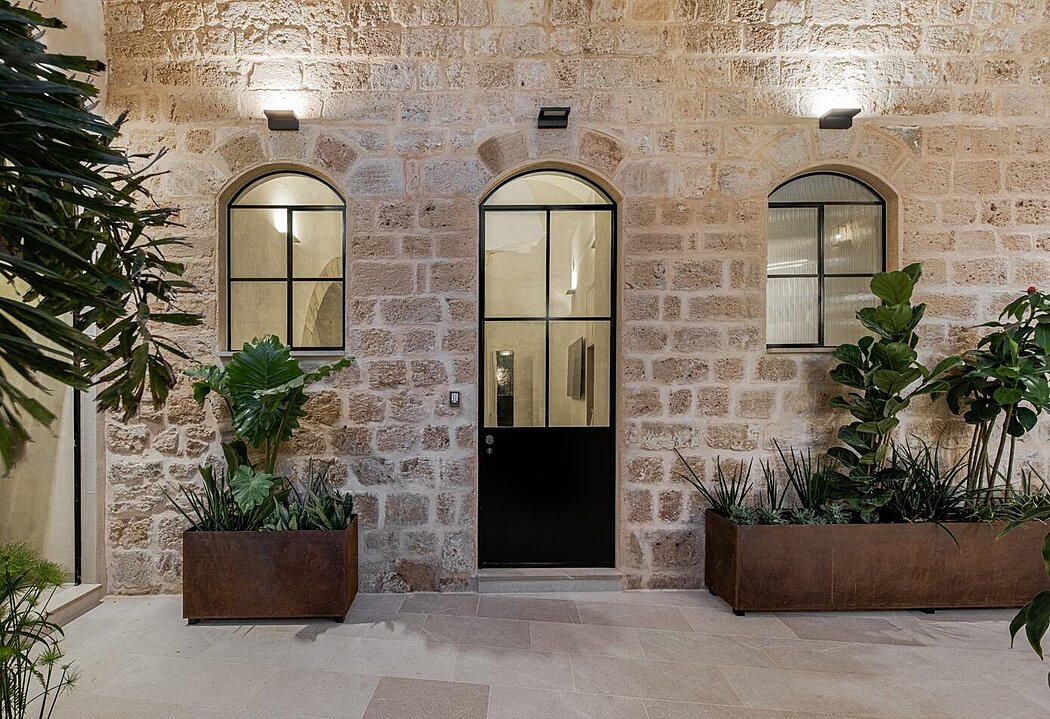 The  Melisende Hotel, named after the impressive crusader queen Melisende who reigned in the Kingdom of Jerusalem during the time when Acre was its capital, is located in the heart of the old city of Acre, a UNESCO World Heritage Site, surrounded by all of Akko’s main attractions.

The hotel contains Six unique units that suit every need, whether you’re looking for a romantic and adventurous weekend for two or cozy family home while you stroll through the magical old city with the kids.

All six units are in approximately 500-year-old buildings that have undergone massive renovation, preservation and restoration.

The design of the rooms is a junction between old and new. The high and impressive arches create a connection to the local history and the modern design and fittings in the rooms provide the indulgence of a home away from home

Finding the right asset for Melisende Oasis was more difficult than finding the previous properties. “It wasn’t easy to find something good again. When I saw the property for the first time, its interior was covered in plaster and I dismissed it immediately. It was only after the third time that I realized that this was it,” says Matalon. “I saw some arches, I realized that the original stone was in good condition and I knew that I was entering into a serious conservation process.”

The complex, which has an area of about 170 square meters, is located about 20 meters from Abud Square and the city walls. Under the close supervision of the Antiquities Authority, an excavation was carried out and the building was returned to the form it had been in the Ottoman period. The original story began to be revealed little by little. “Instead of enlarging and maximizing the building, I preferred to reduce it and enlarge the yard, which allows for the addition of the heated jacuzzi pool and the tropical garden that corresponds so beautifully with the Ottoman limestone,” she describes. Matalon explains that in the conservation process the support pillars are not touched, do not carry out excavations or cut openings without the accompaniment of the Antiquities Authority. “We could change the height of an opening, but not touch the upper beam that holds the key, as we did in the toilets of the middle unit (known as in Plan 5). From the outside, you can see the arch with the renewed capstone, but from the inside it is a window with a normal wall underneath that we built.”

The renovated complex includes three suites, and an inner courtyard with a sitting area and a pool. While the other units are also suitable for families, Melisende Oasis is intended for adults only, and the rooms are intended for couples. “Here I wanted to create a place with the feeling of a retreat,” she says.

The left room (6) has an elongated structure. “We discovered a decoration of an arch in the transition between the two spaces, a kind of strip of stones that used to be a wall. I decided not to preserve the stone inside the spaces so that the crumbling original limestone wouldn’t fall, and we created a plaster covering in many layers – first a mineral plaster for preservation that would connect to the stone, and on top of that a decorative plaster in a faded pinkish shade,” Matalon explains. In the middle room (5) a title of stones that was previously hidden in plaster was revealed during the renovation.

Rooms 5 (the largest) and 6 have a bathroom enclosed by walls, as well as a shower and a round bathtub that is open to the room. The right room (4), the smallest, has an elliptical rather than circular bathtub inside the room. The floor in the rooms is covered with calm gray porcelain granite tile with touches of terrazzo.  The wooden furniture has been specially designed and is made of light oak in a natural color, including beds with wooden headboard, wardrobes and chairs with wicker seats. The surfaces of the sinks and the coffee corner are made of Corian. The thin lamps were created by a local Israeli artist according to a sketch by Matalon.

The courtyard has many plants in Corten planters, and is lit by ceiling lamps that illuminate the arches and doors and a garland string lights that hangs in the sitting area. “In the buildings in Acre there is no place to hide the infrastructure cabling and the roofs are occupied by neighbors, so I created a prominent console at wall height, we placed the air conditioning and pool heating systems there, and wrapped it in wood so it wouldn’t stand out,” Matalon explains. “Everyone lives very close to each other, and you are part of a fabric that has life in it. Sometimes you hear the laughter of children, sometimes you see the neighbors. There is no sterility. The secret in renovating in the old city is to respect and maintain a balance of give and take.”

For all the flooring and sanitation products in the complex, including the unique bathtub and faucets, Matalon chose to work with her regular supplier – Mody. “In such a complex renovation and conservation project, I could not introduce additional noise into the system and it was very important to me to stay with quality and excellent products and above all to always have a home and an open door that I have for any problem that may arise.