Koko Kanso is a modernist combined with Japanese Shibumi philosophy in , Poland, designed by Zarysy. 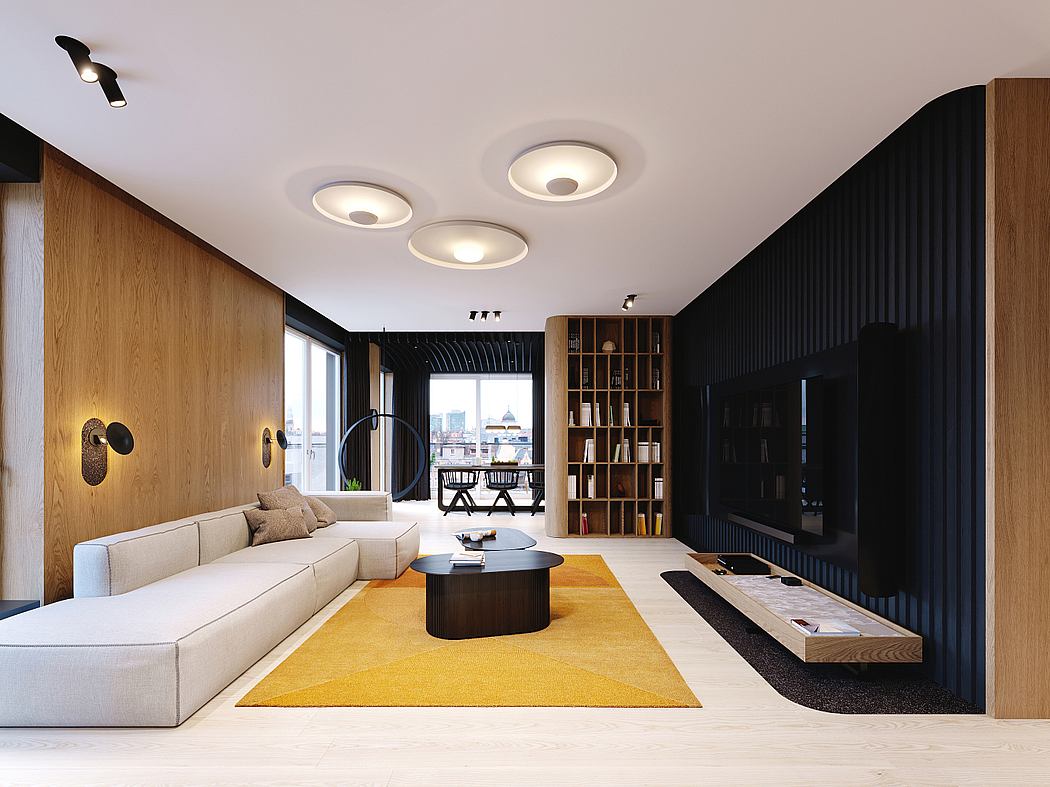 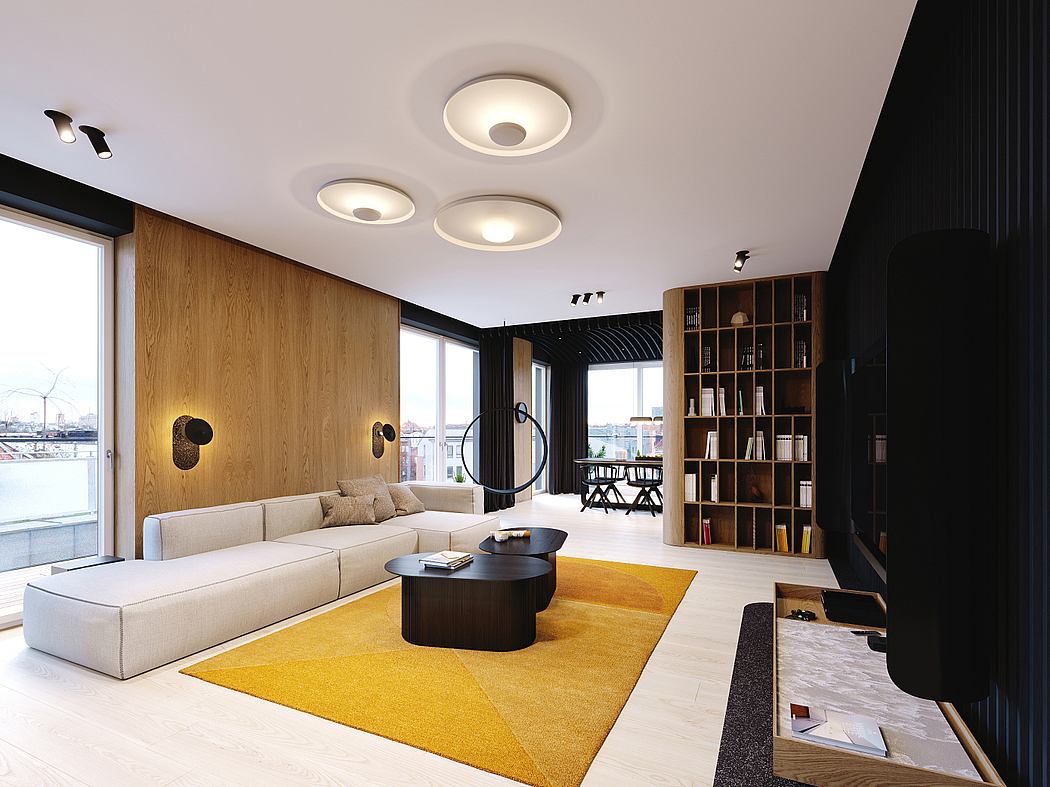 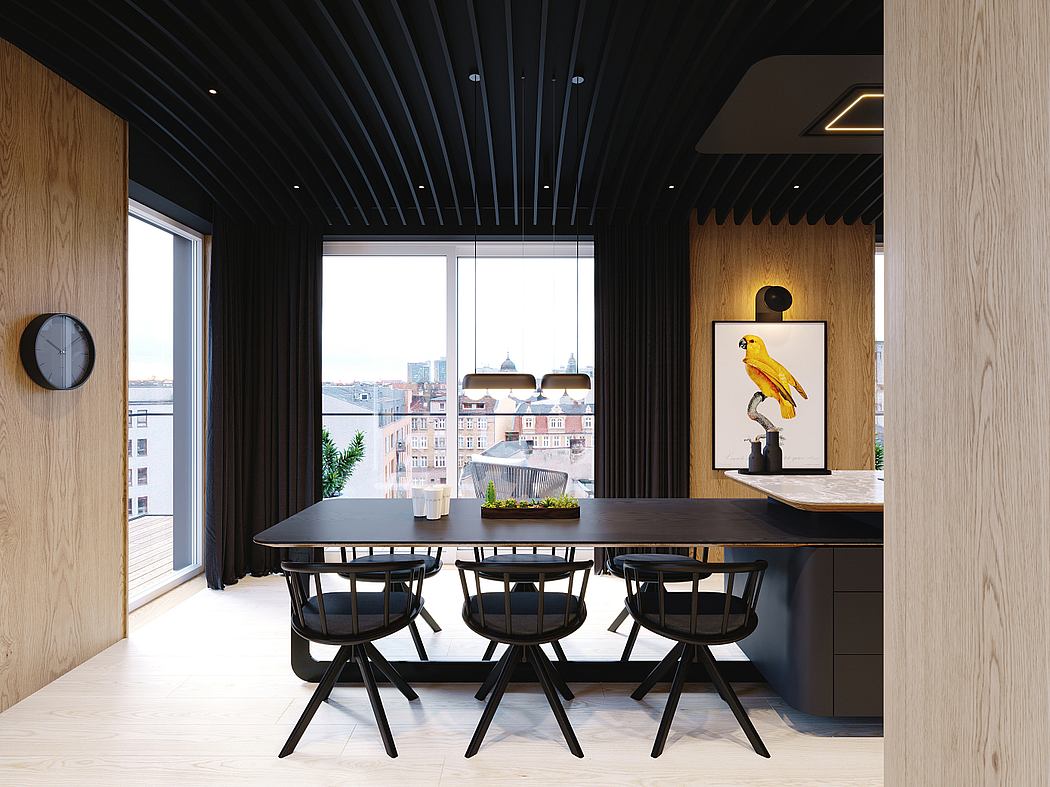 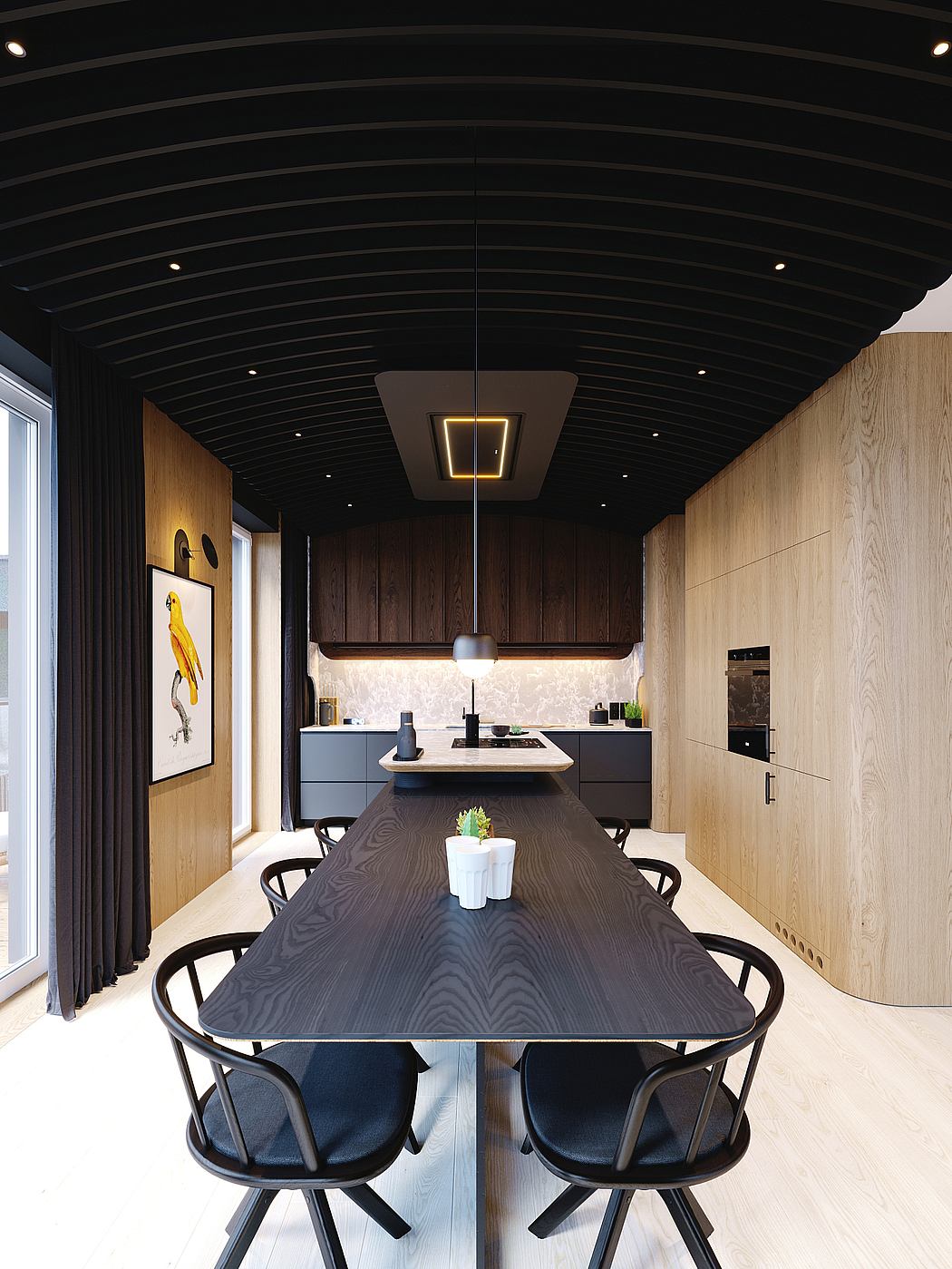 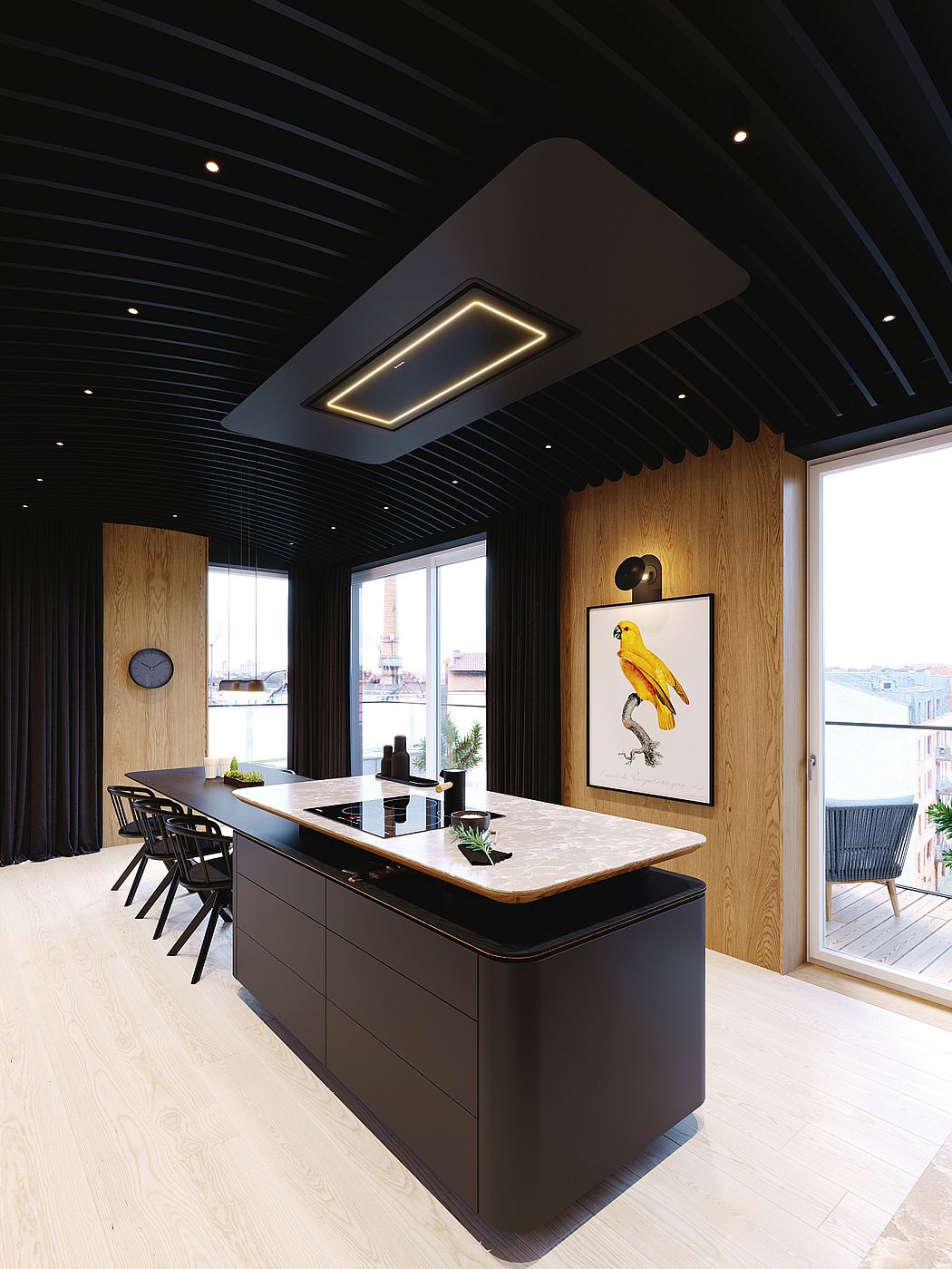 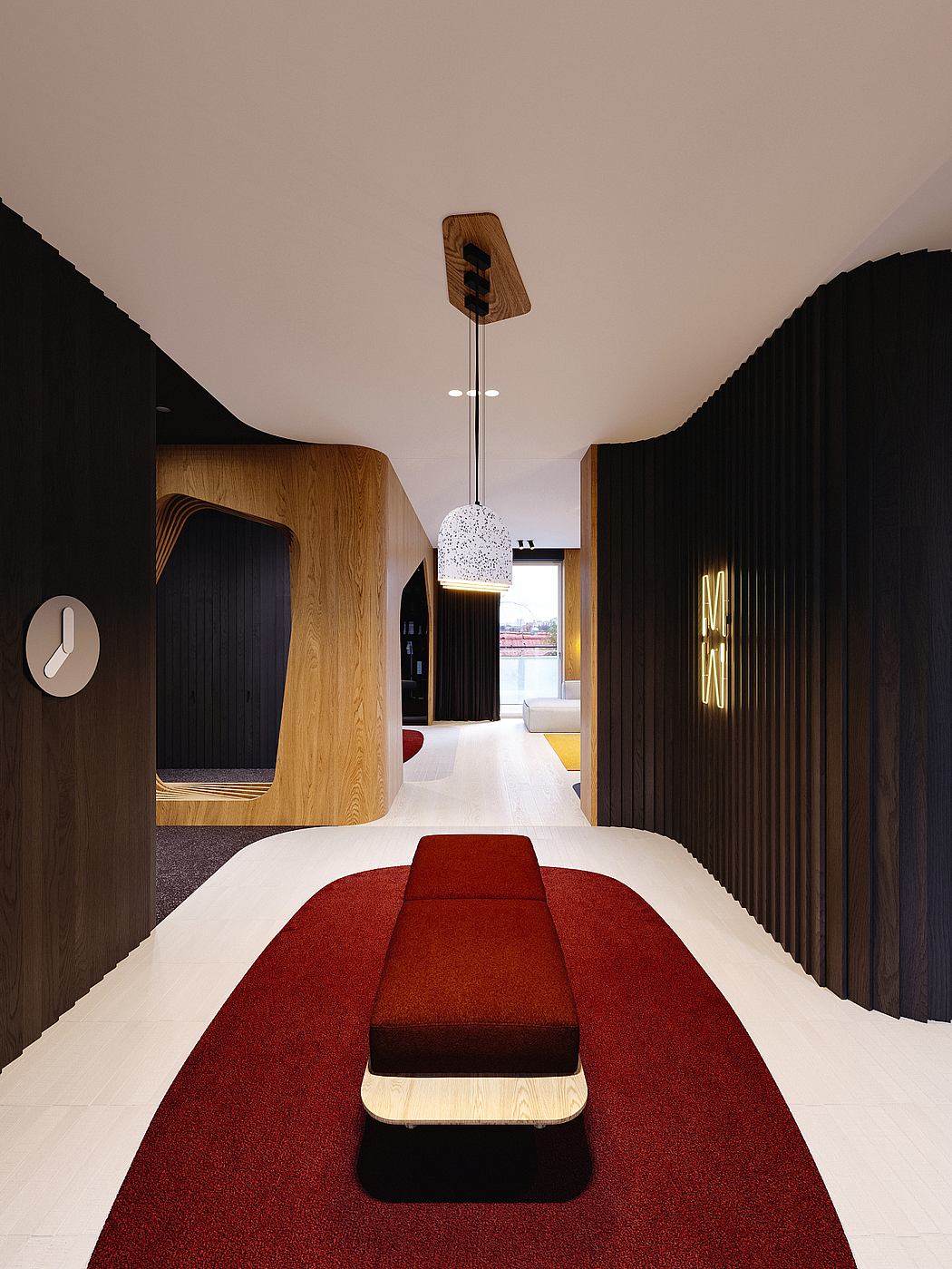 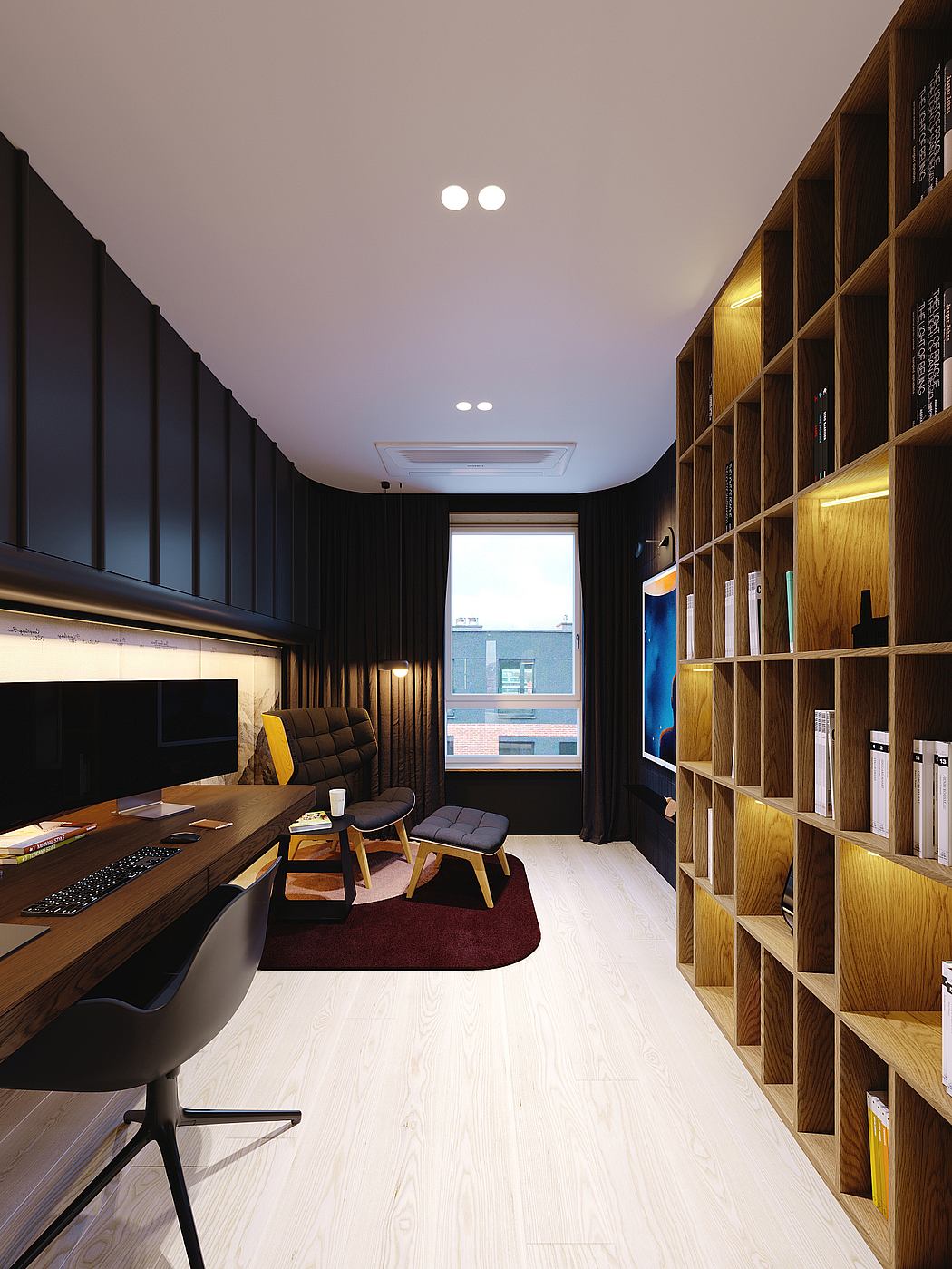 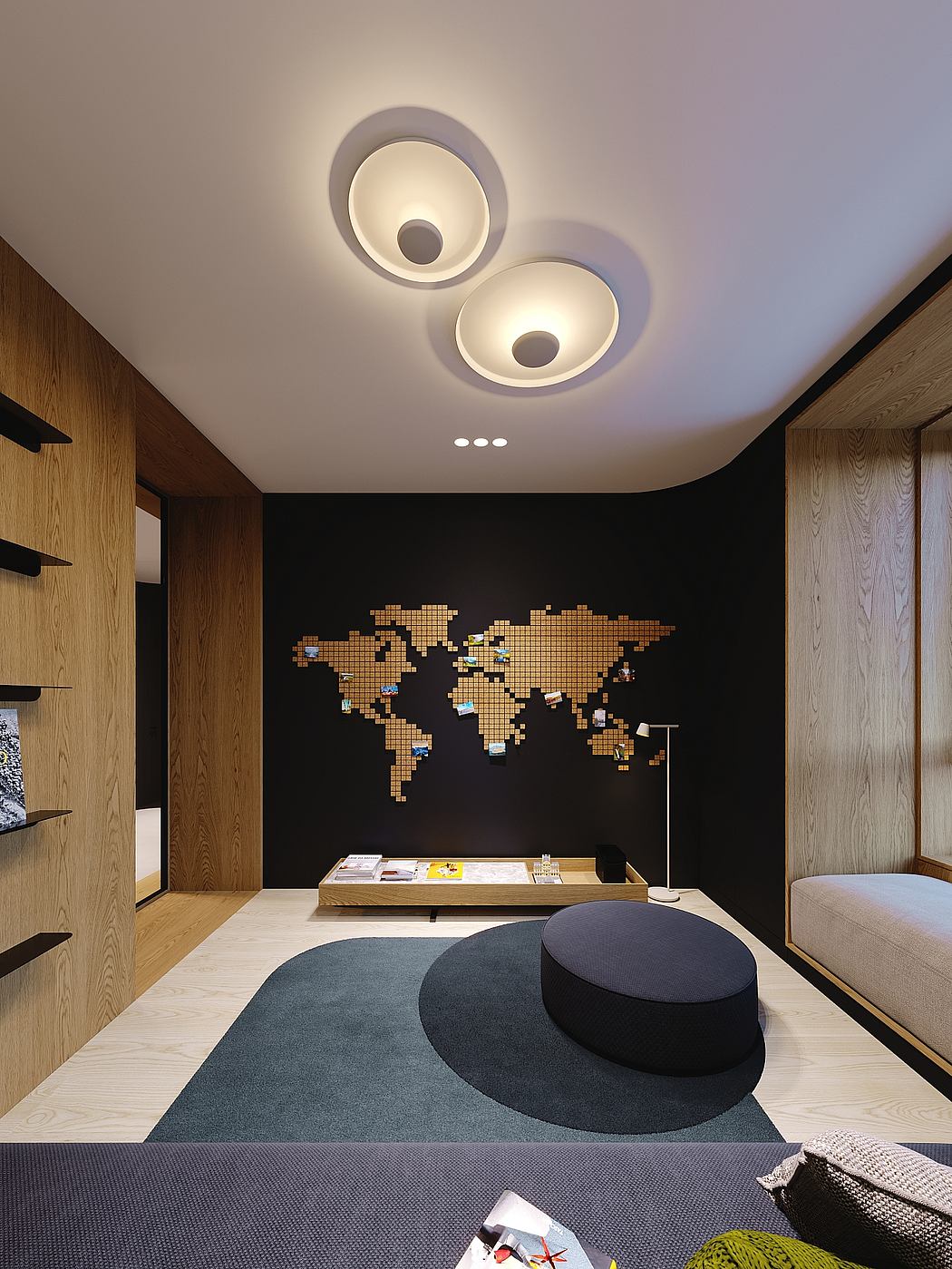 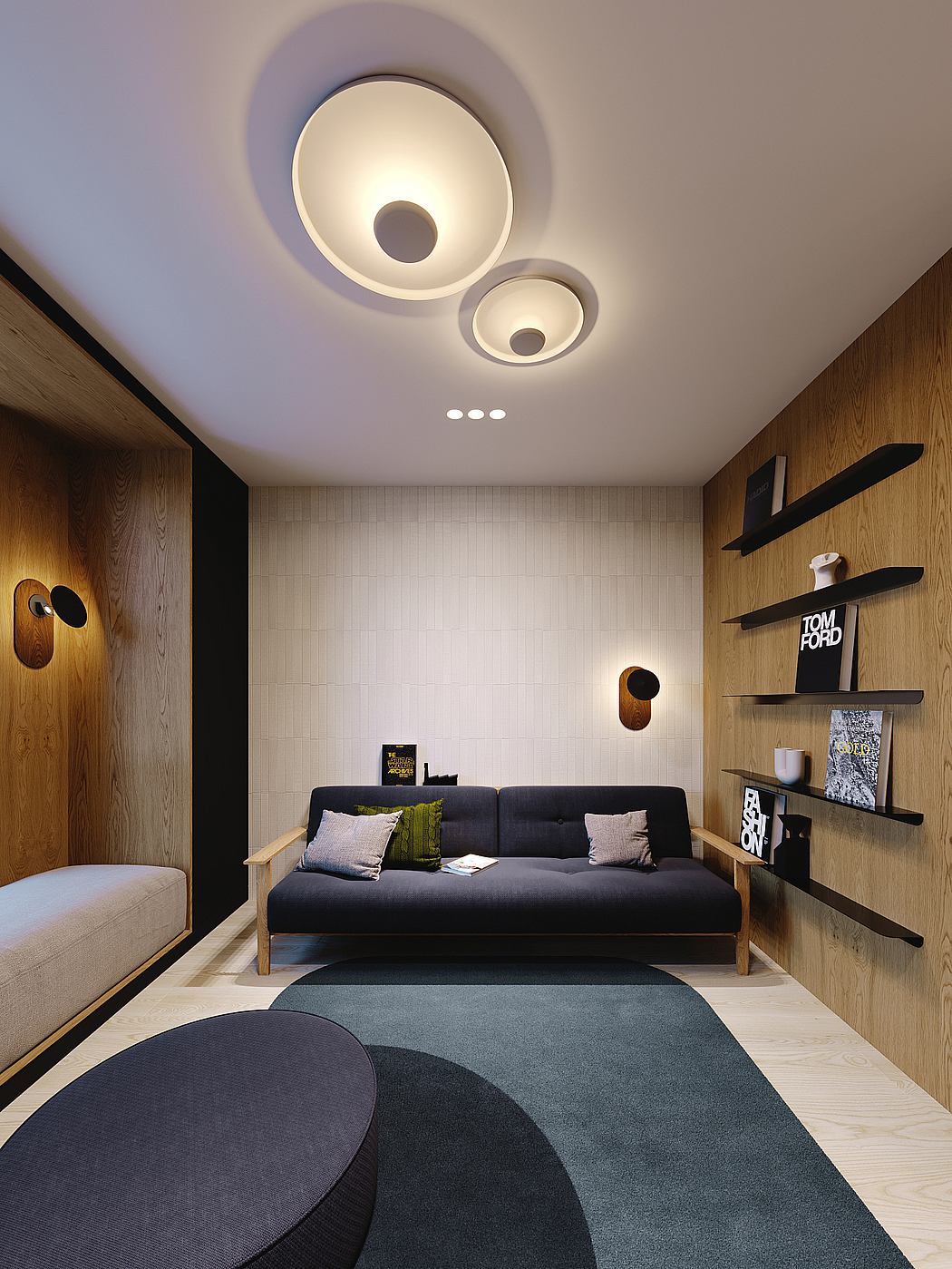 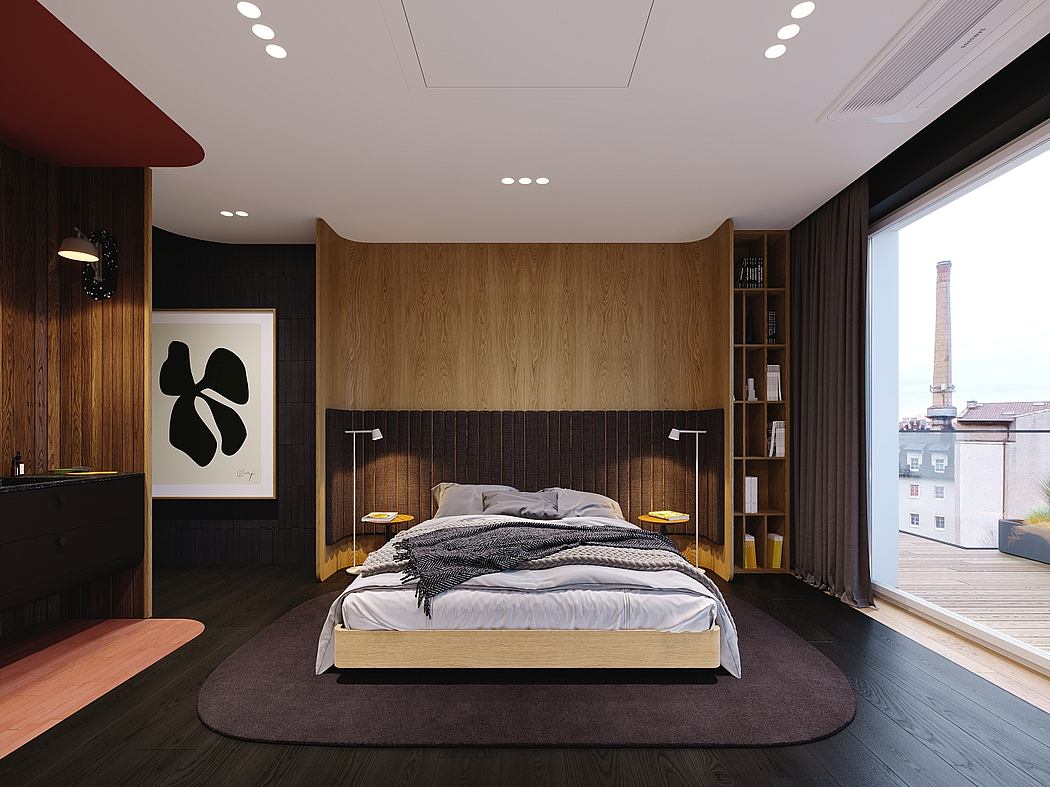 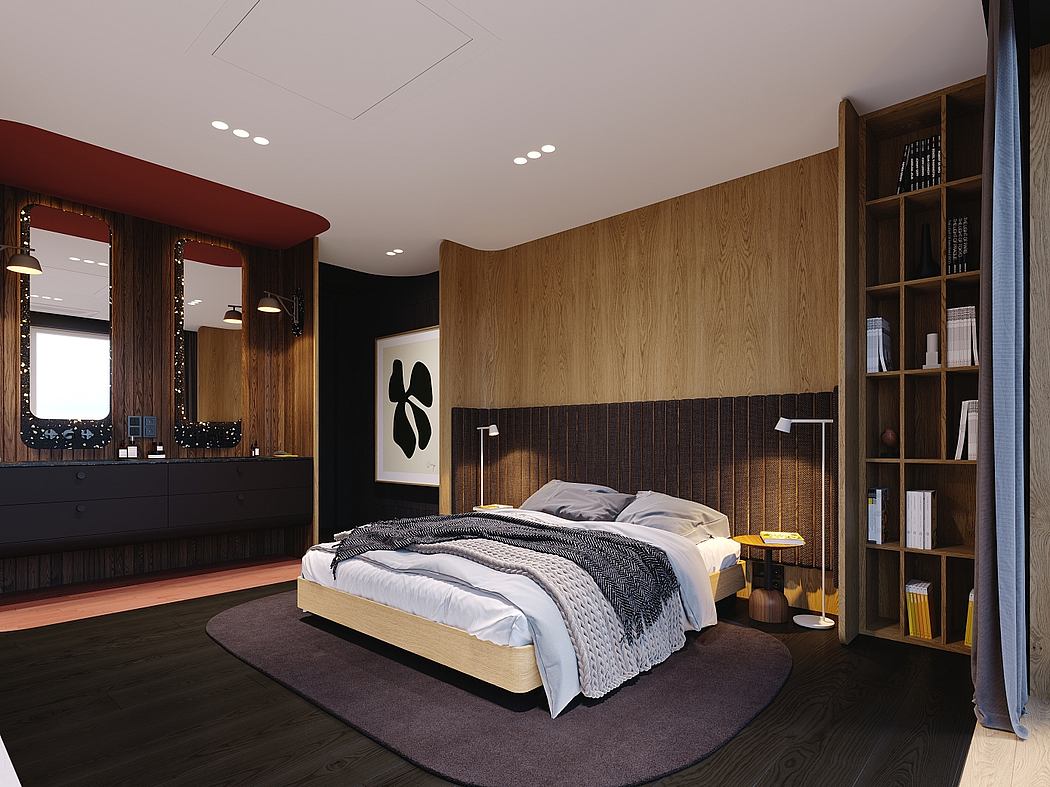 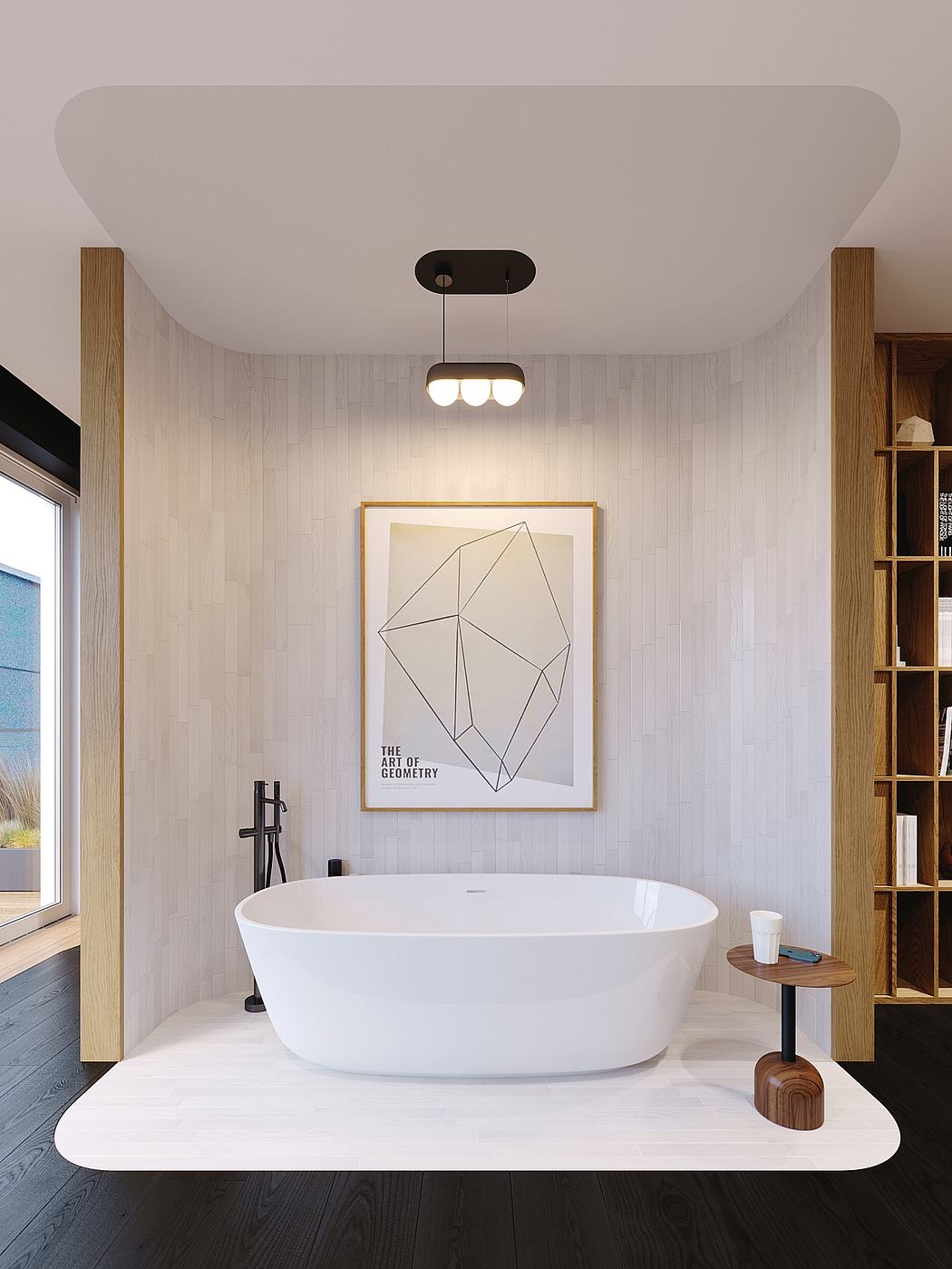 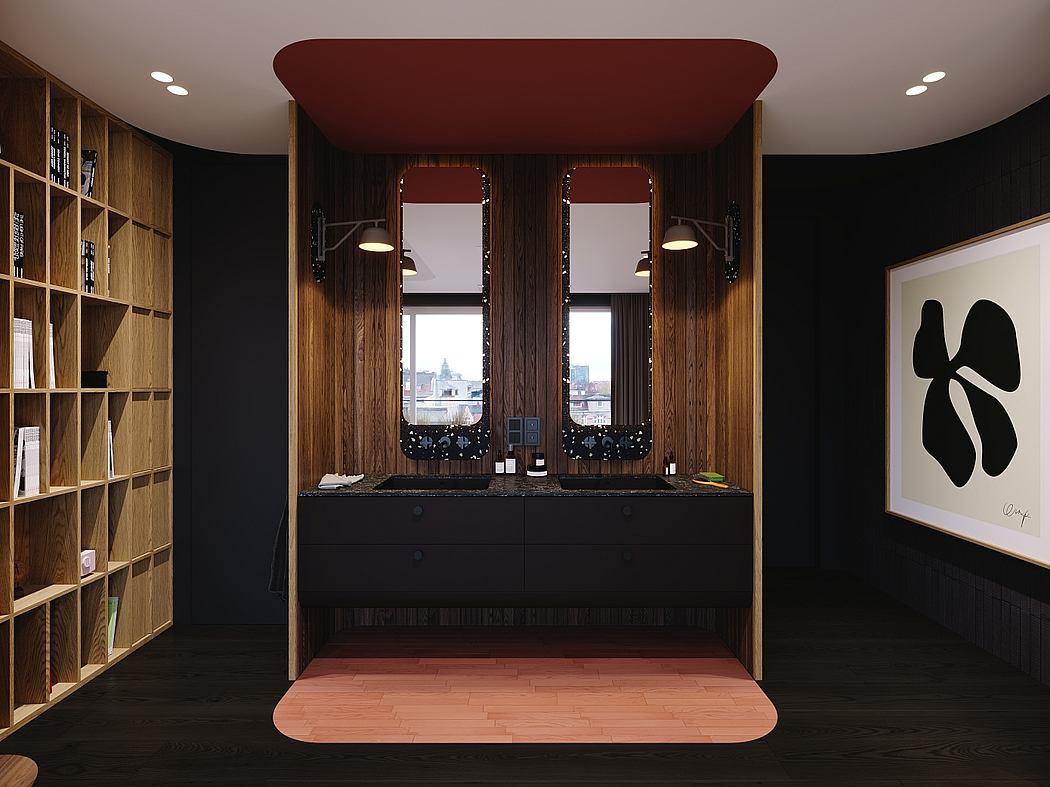 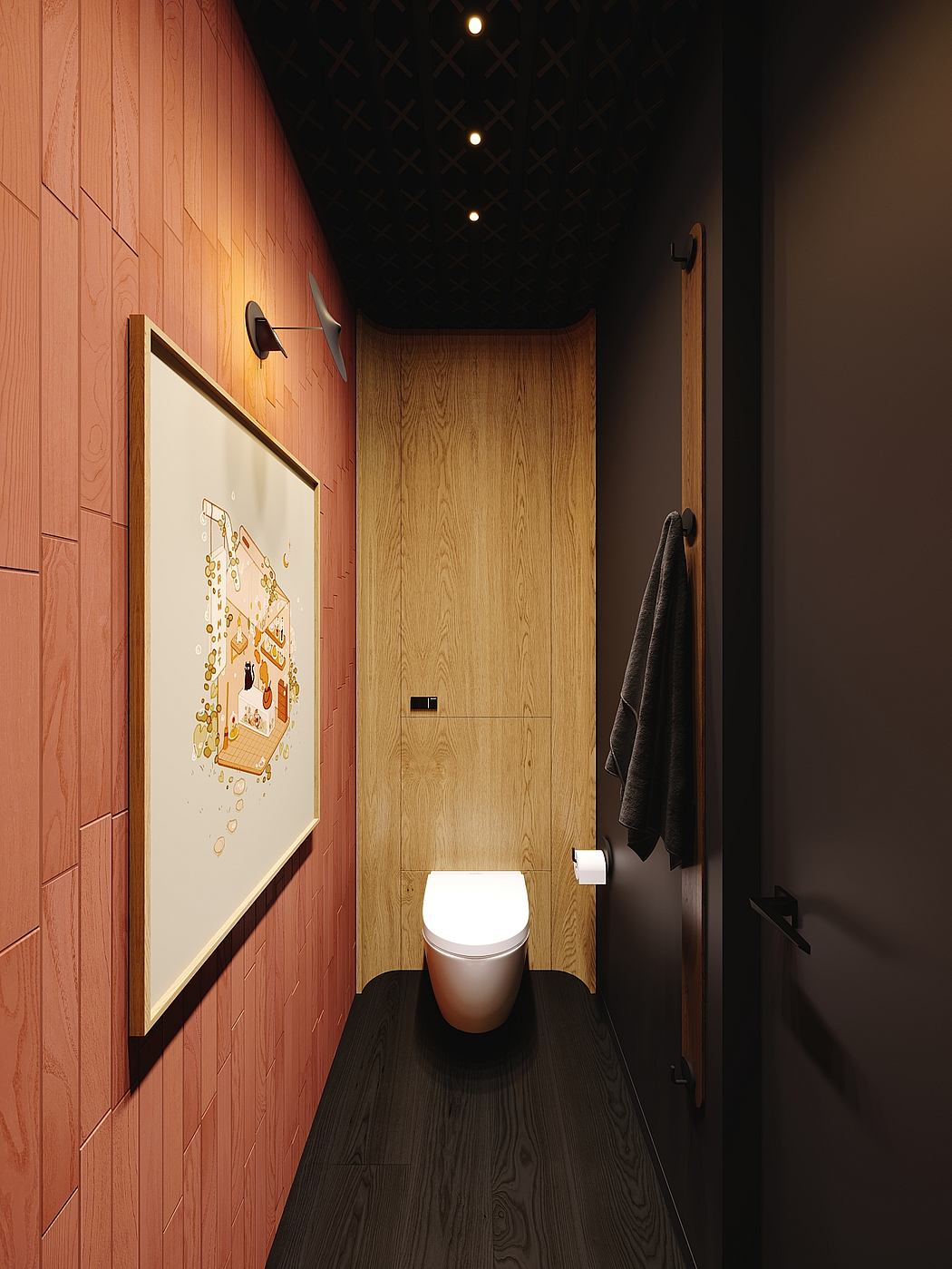 The interior of this Poznań penthouse on the bank of the Oder is a cross between mid-20th century modernism and Shibumi’s Japanese philosophy. Koko and Kanso are two of the Shibumi principles that are especially visible here. Details straight from the American homes of the 1950s, thanks to flowing shapes and lines, were combined with the minimalism of the Far East. According to Shibumi, the interior is simple and at first glance ascetic, but after a long look it is full of textures and details, which makes it not commonplace. It is harmonious and subdued at the same time, but not devoid of emotions and details.

Koko – severity, maturity. It is the beauty of passing, the reflection of which creates a completely new quality of the object. In the interior, it manifests itself as textures – burnt wood in the form of tiles on the floors, old brick arranged in a unique way on the wall, in elements made of oiled raw oak or in the characteristic burned wood of Shou Sugi Ban in the form of strips. The combination of contrasting textures, old and new, creates an amazing character.

Kanso – restraint and exclusion, getting rid of what is not needed. Cleanliness that gives a sense of focus and clarity, but also gives an insight into the character of the designer. A perfect balance between the tendency to fill the interior with various objects and . It is a very delicate and difficult to obtain ratio. Koko Kanso is built by creating scenes, neutral and in a broader perspective, relatively simple spaces that are the background for the actors, i.e. the most important objects, emphasized by the surroundings. In the hall there is a pouffe with beautiful terrazzo lamps by Bolia, in the library there are wonderful armchairs designed by Antonio Citterio, in the living room the Linie Design carpet, and in the kitchen an island with a unique Cambria countertop. For my character, kanso is minimalism dressed in a warm atmosphere, non-intrusively cozy and harmonious.