JB3A is a contemporary duplex located in , Spain, redesigned in 2022 by Cruz.Atelier. 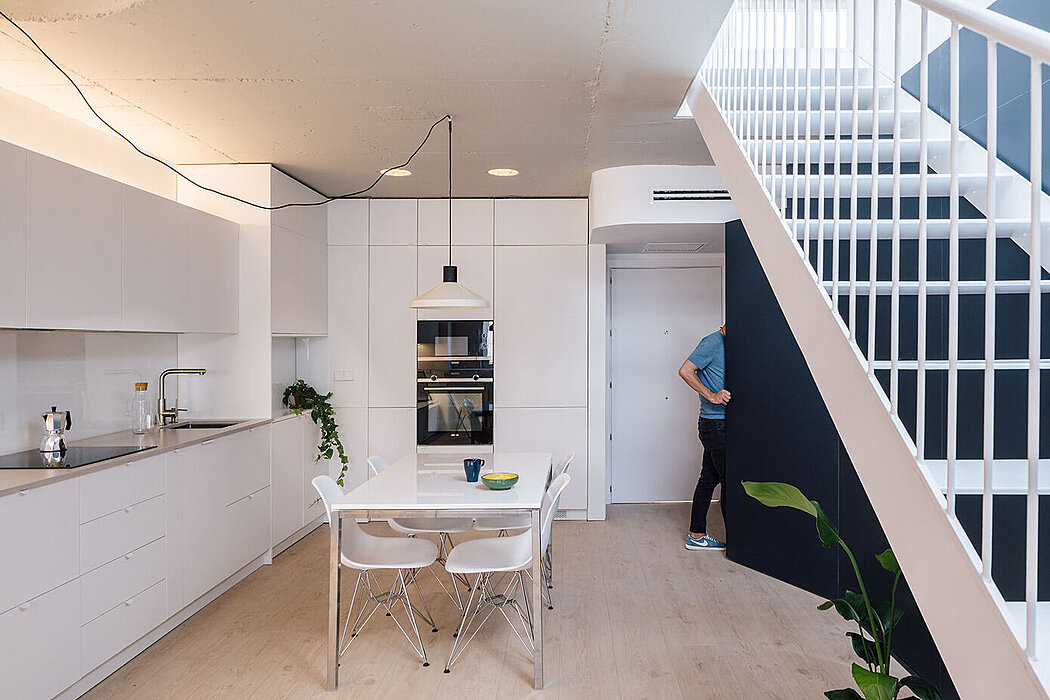 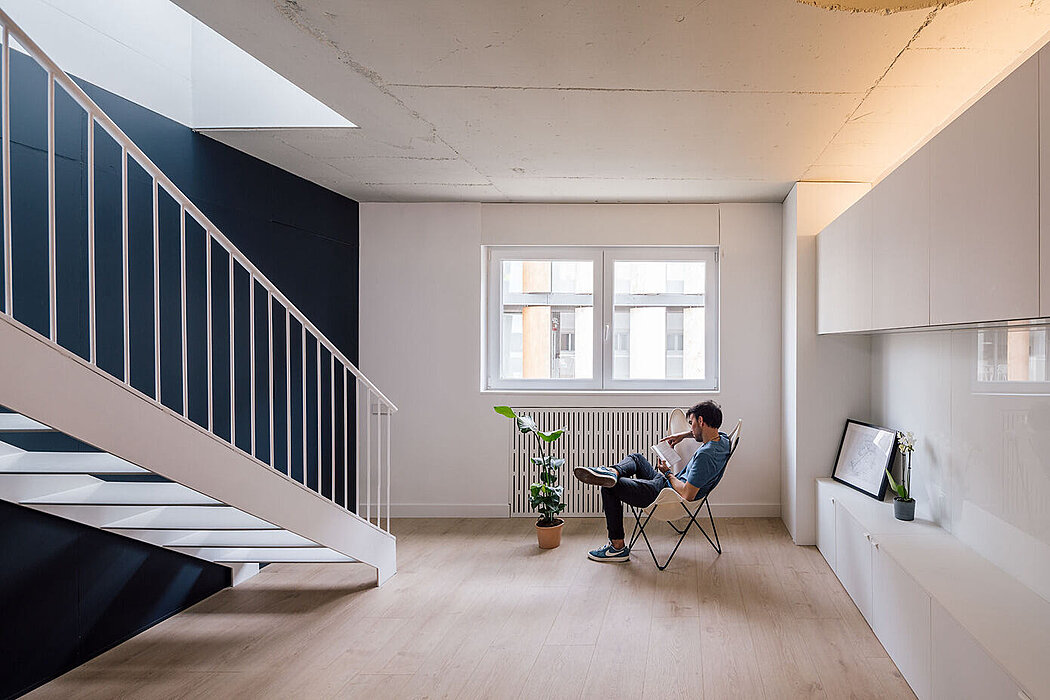 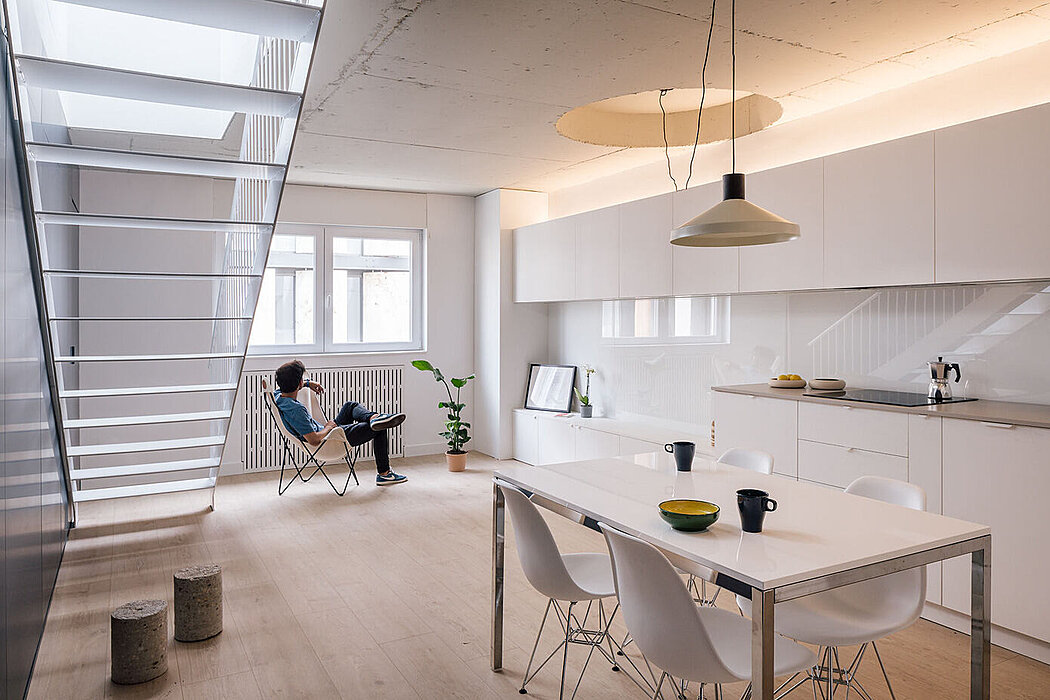 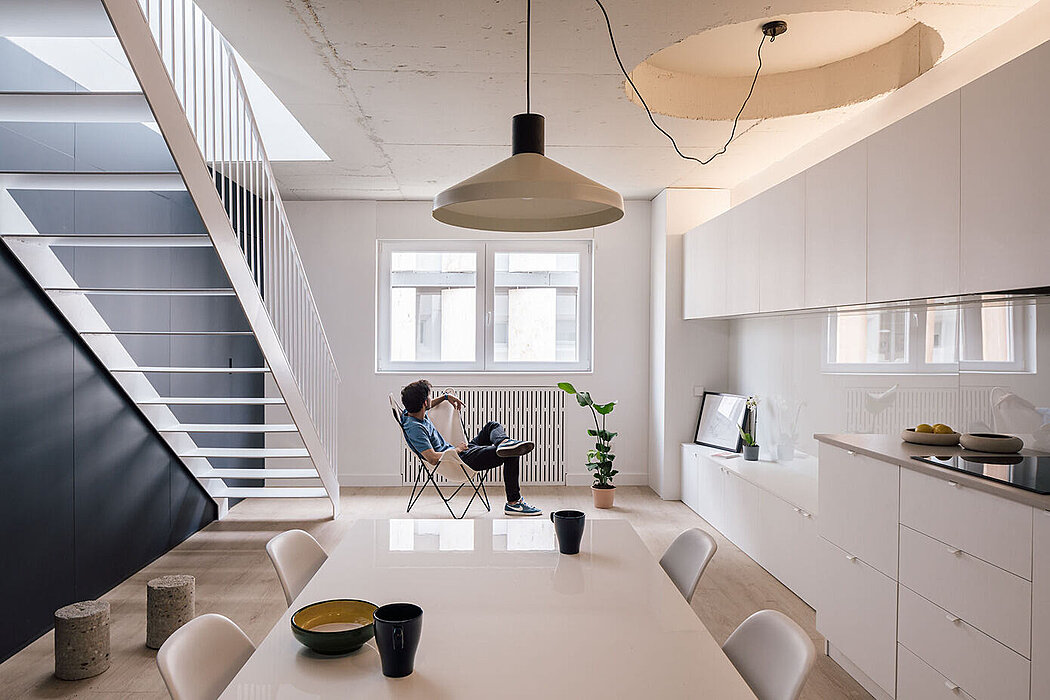 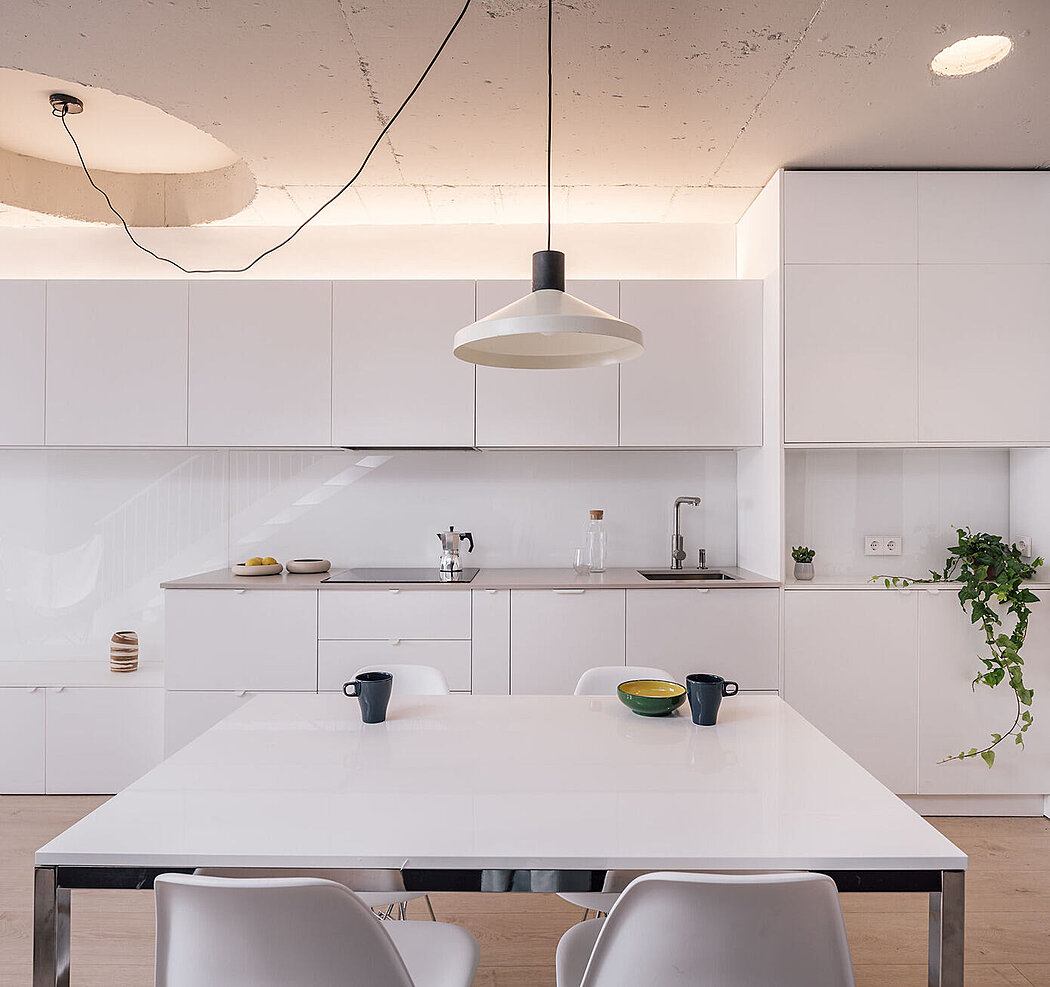 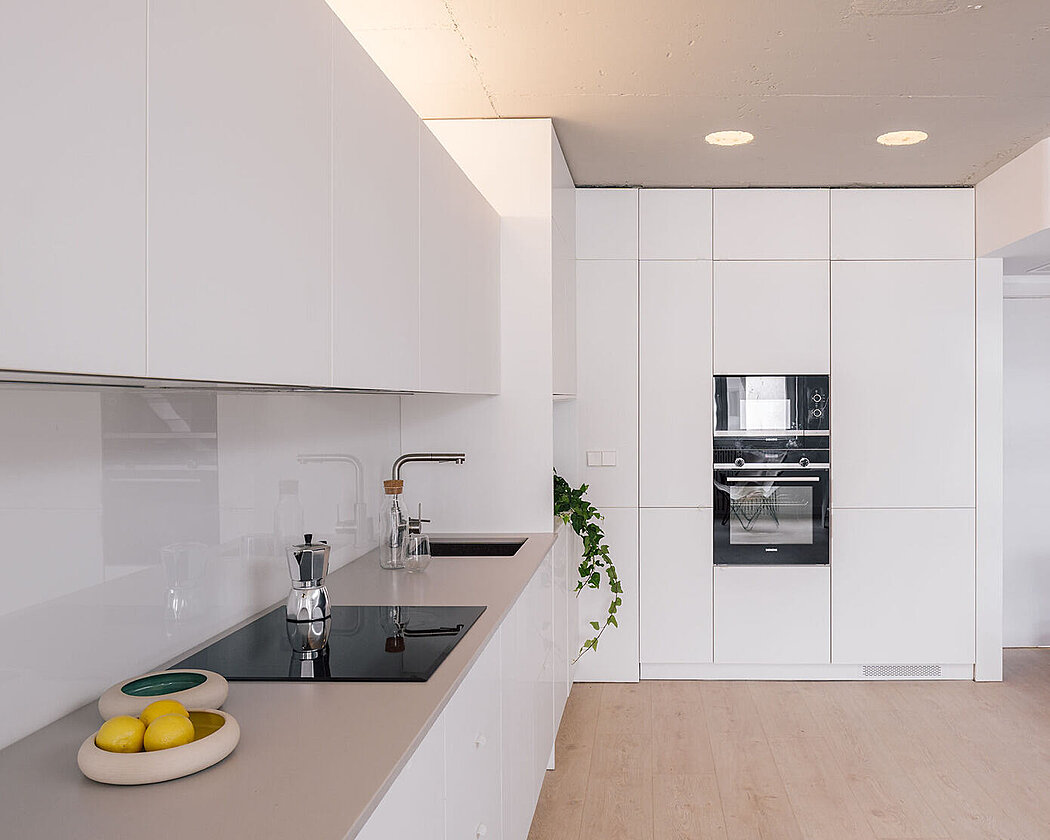 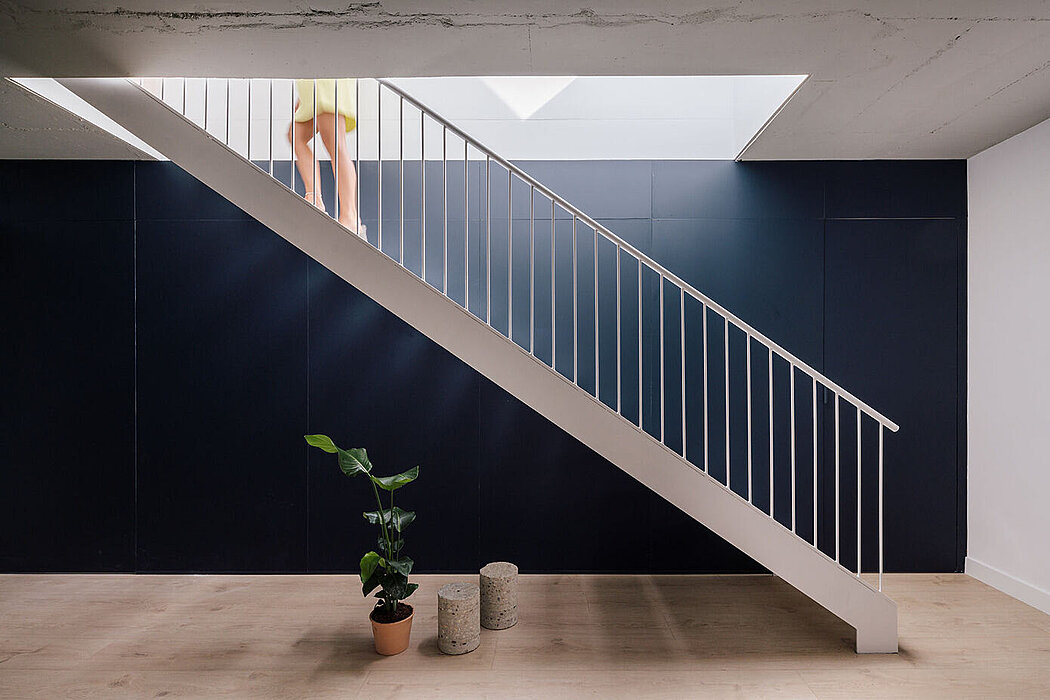 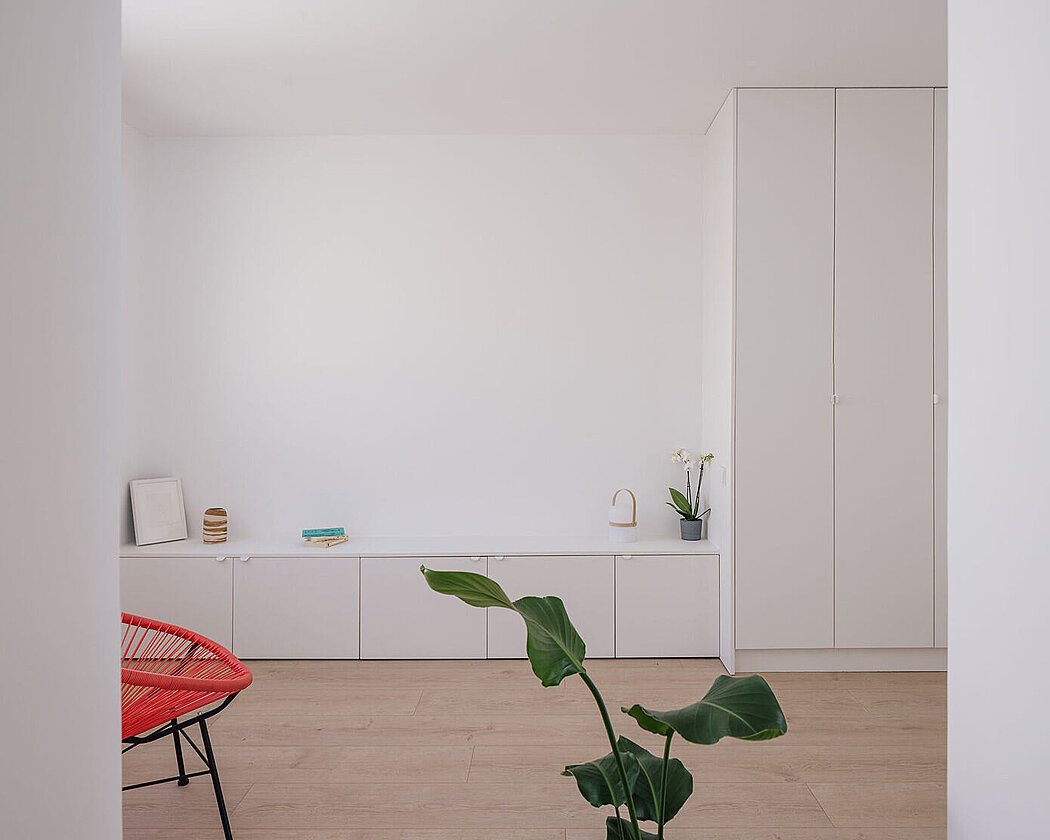 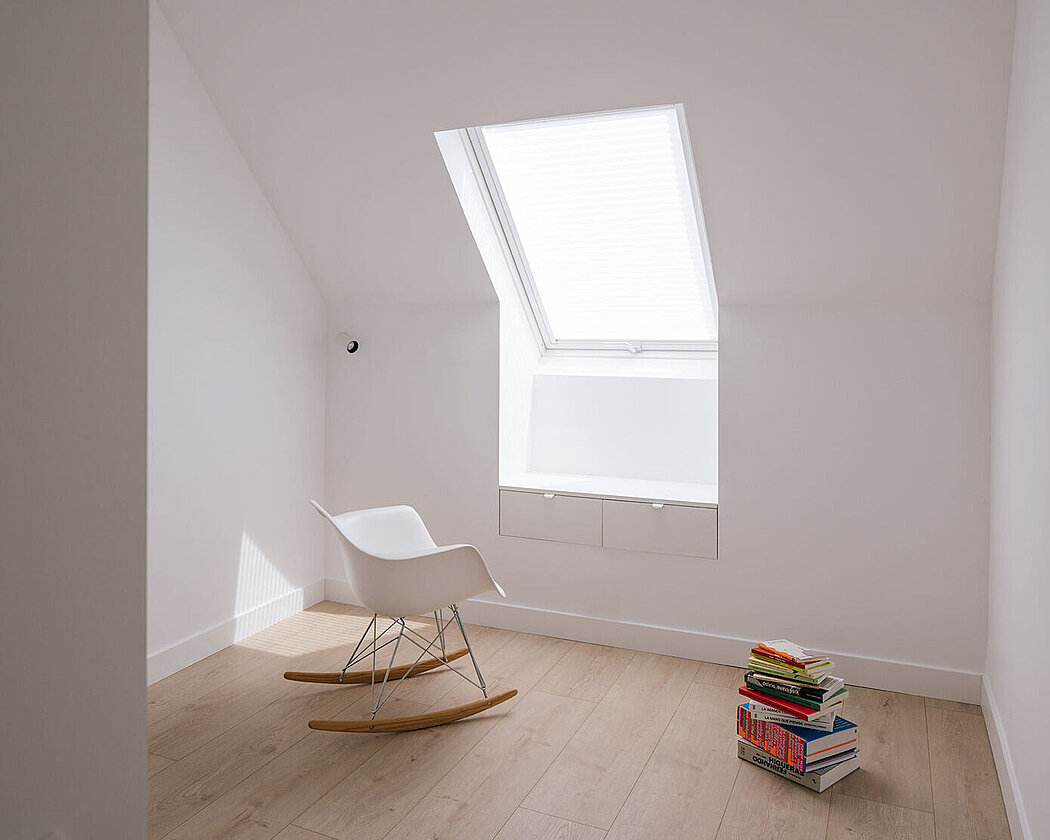 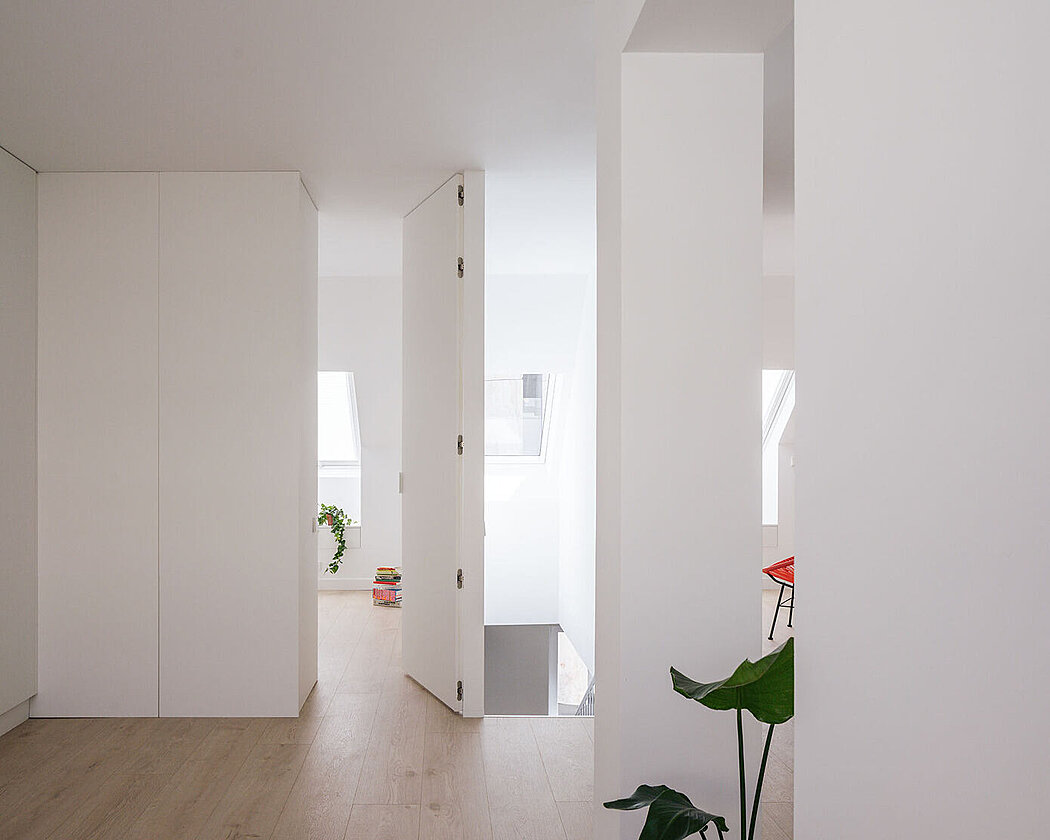 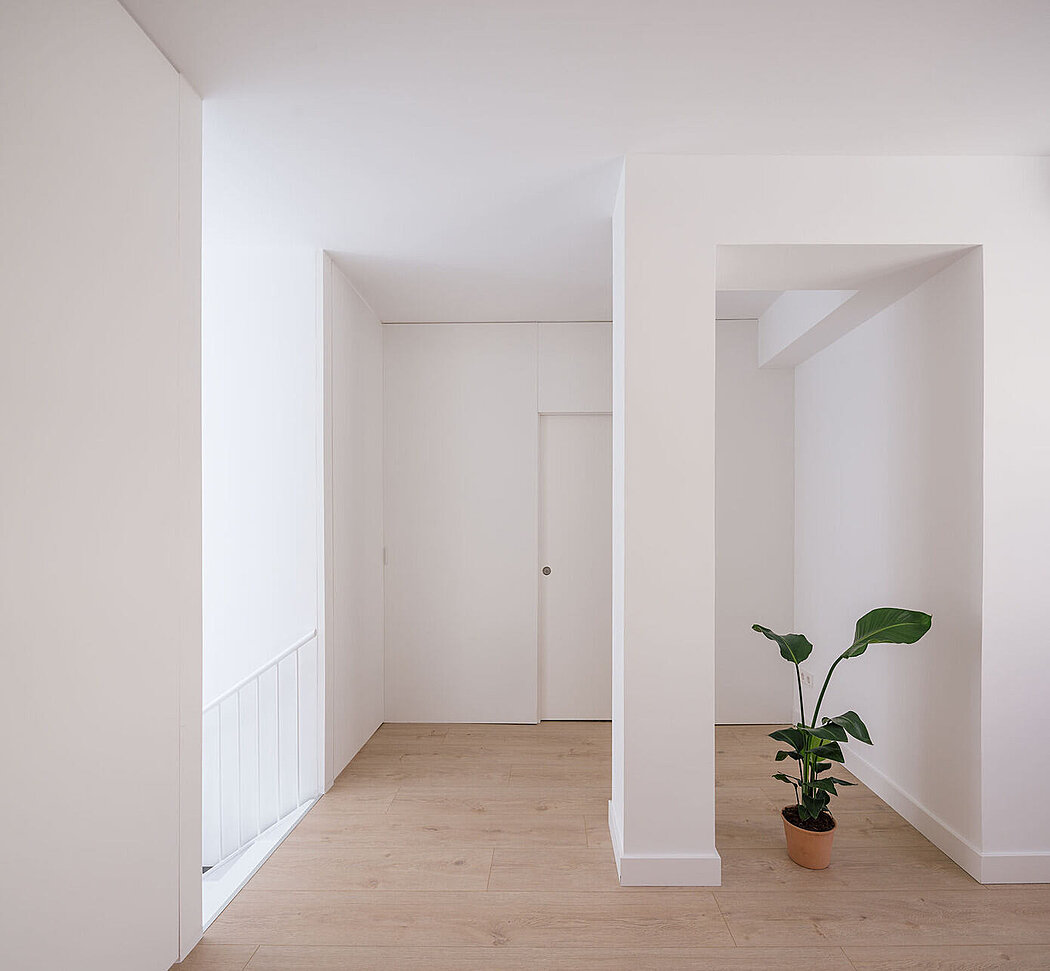 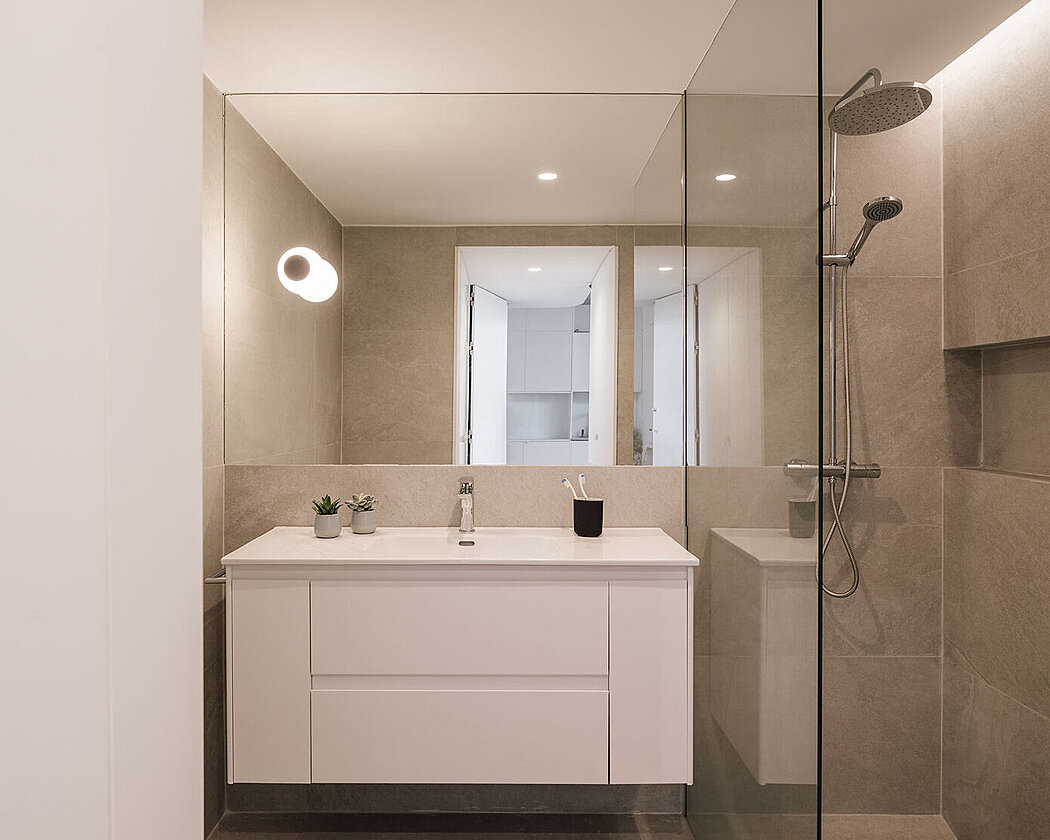 From a last wrinkled verse, written on a piece of paper kept in the holey pocket of a coat without an owner and forgotten on the hanger of a hostel, allusions are made to nostalgia, to the sigh caused by memory and remembrance.

JB3A is the non-obvious sample between the conjunction of two superimposed narratives that had not yet been known: its own, that of human life and that inherited from the building itself.

From that dream that the promoter and architect had to build a swimming pool on top of a building in a tailor’s suit using prefabricated concrete next to the Castellana, from where to enjoy the blue days of summer, a reinforced concrete slab was calculated and projected perfectly formwork on its lower face, but which, forgotten by its brutalist beauty, remained hidden under a plaster ceiling, even being evidenced in the eye of a sensual spiral staircase that revealed its circular edge of more than fifty centimeters.

Two different response structures, time and identity coexisted in the same place. On the one hand, that giant who still thought that the load of a Mediterranean oasis that kissed the sky was transmitted through its supports; and on the other, that domestic and everyday ‘cottage’ that recovered the normative volume by distributing the unused roof terrace among the neighbours. A duplex penthouse on which there is a friction between two topological relational stages that never came to be.

Under this contemporary narrative and prioritizing the reading of the pre-existence and investing in the values ​​of the space that makes up the structure itself, the new dream of inhabiting is produced under the list of three verbs as a form of action on the matter to achieve of space: void, perforate and drill.

Based on the complete emptying of the house, from slab to slab, until reaching the inclined plane of the roof, the stable element is understood as a material enhancer and as a stage on which the rest of the actions take place. Faced with the obsolescence of a spiral staircase that no longer covers the accessibility needs required by living, the slab is perforated and reinforced, recovering test tubes and cores as stackable and reusable material as furniture. Periodic and consecutive perforations that unstitch the material to allow the passage of a more than comfortable white staircase. The optimization of oneself goes through freeing the center in order to optimize the programmatic space. It drills to optimize, it drills to illuminate, it drills to find emotion. The convenient holes are opened in the inclined plane so that the house is crossed by light so that we can take advantage of the perimeter of the house and, in turn, relate the two levels, the two structures, the two desires. Perforation, drilling and emptying are understood as a whole once the light passes through the first two and bathes and permeates the third.

The order, therefore, appears as a loan of structure and action. After the emptying of the interior, an ‘azzurro’ wall gives prominence to the organization of a main room in which a single band of seven and a half meters in length is grouped, attached to the perimeter, containing all the basic equipment for living, storage, kitchen and facilities. Equipment that maintains a distance and separation of dialogue and respect with the loss and pre-existence of the eye of the spiral staircase, echoing in a virtual plane two hundred and twenty centimeters from the ground that resonates in the exploded view of the blue lacquered wood. On the other hand, the wall separates the most intimate spaces of the bathroom, laundry and accessible night area, from the public room of the house. The rest of the space allows for a versatile configuration, from façade to depth, characterized by the beam of light that filters between the imprint without partition and the profiles of the railing. A continuous glazed plane in front of the kitchen and living room breaks up the staircase in a game of reflections and leaks. Dispersed and reconfigured, nothing disturbs a room that has just been dyed in all the shades of blue imaginable.

On the upper floor, two identical bedrooms flank the new staircase, grouped together with the new windows that act, through the inclined plane, as privileged viewpoints towards the city, from which to observe the Madrid sky. The layout of the new space allows compartmentalizing and isolating both levels in favor of consented privacy, making possible independence and disengagement between residents, and at the same time, connect instantly through smells, whispers and a ‘come down to keep me company’ favored by the vertical continuity between flexible rooms.

The white and neutral house seeks simplicity, order and the achievement of unifying the space through the use of three contributed materials, wood, ceramics and glass; and a loan, the large concrete slab.

The use of color in the rest of the house is limited to a direct link and visual relationships between the blue wall and the realization of the different actions within the main flexible upper and lower spaces and the most intimate areas of the house.

From that dream that the developer and architect had, I wanted to create a blue zone*, something like a space of tireless significance, where everything that happens is simpler and more carefree, where you can forget a coat on the rack regardless of the content of pockets, because we feel that we are where we should be. Something like a ‘house’.

They say that the absence of that pool gave rise to the imagination of those who traced the primitive spiral staircase. I wanted this house to keep the longing for the sun, this childhood sun.