HIP Boathouse is a wooden located in Herman’s Island, Canada, designed in 2021 by Abbott Brown Architects. 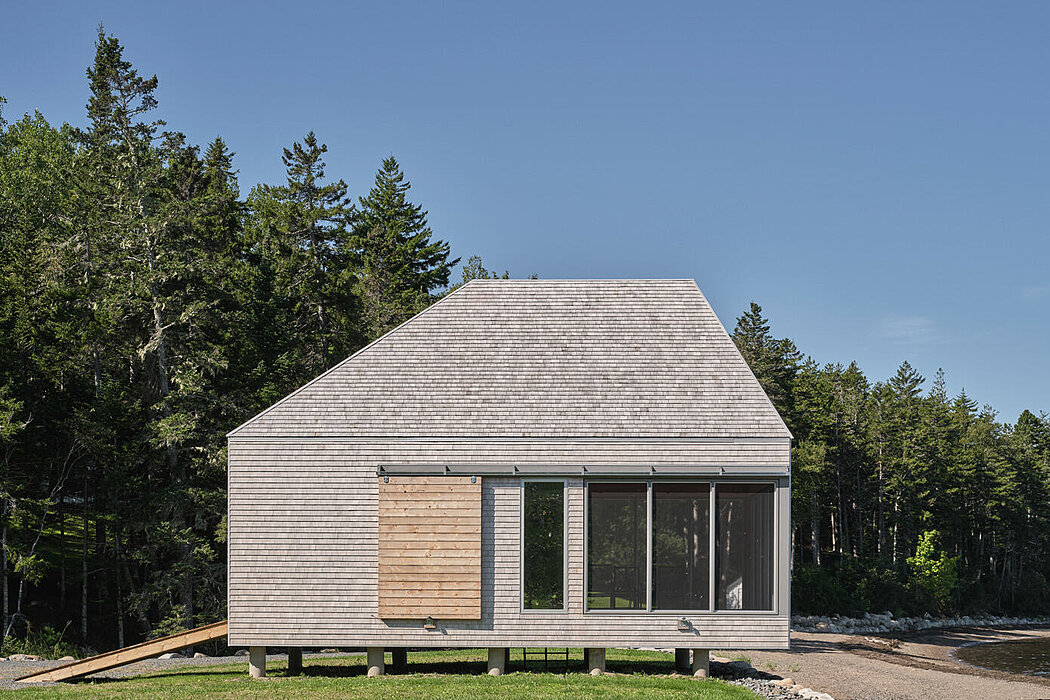 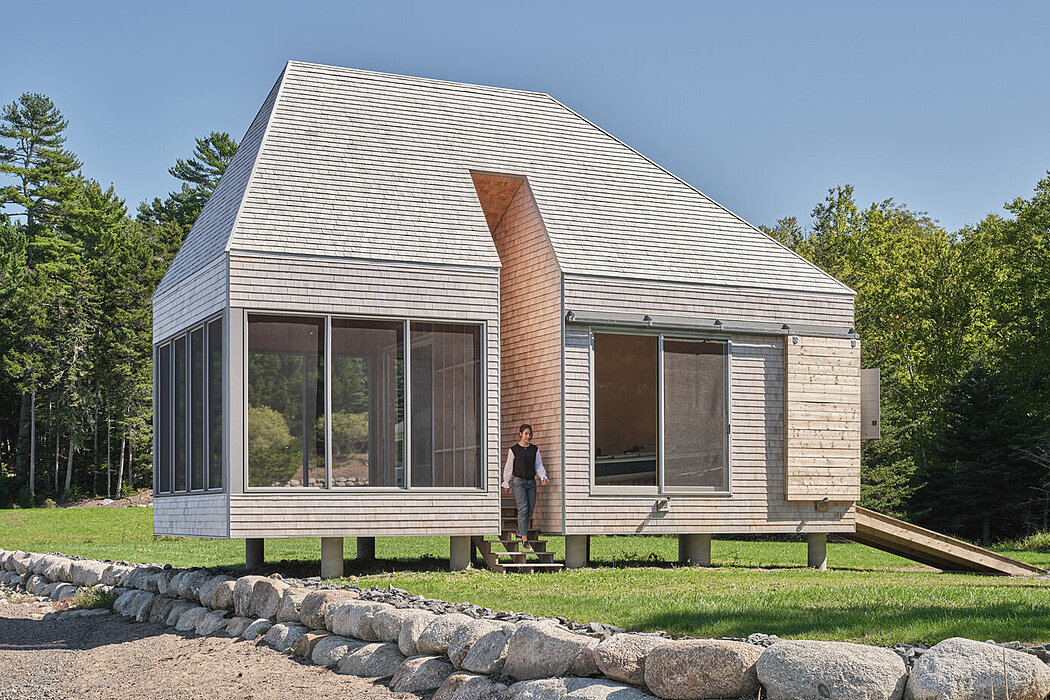 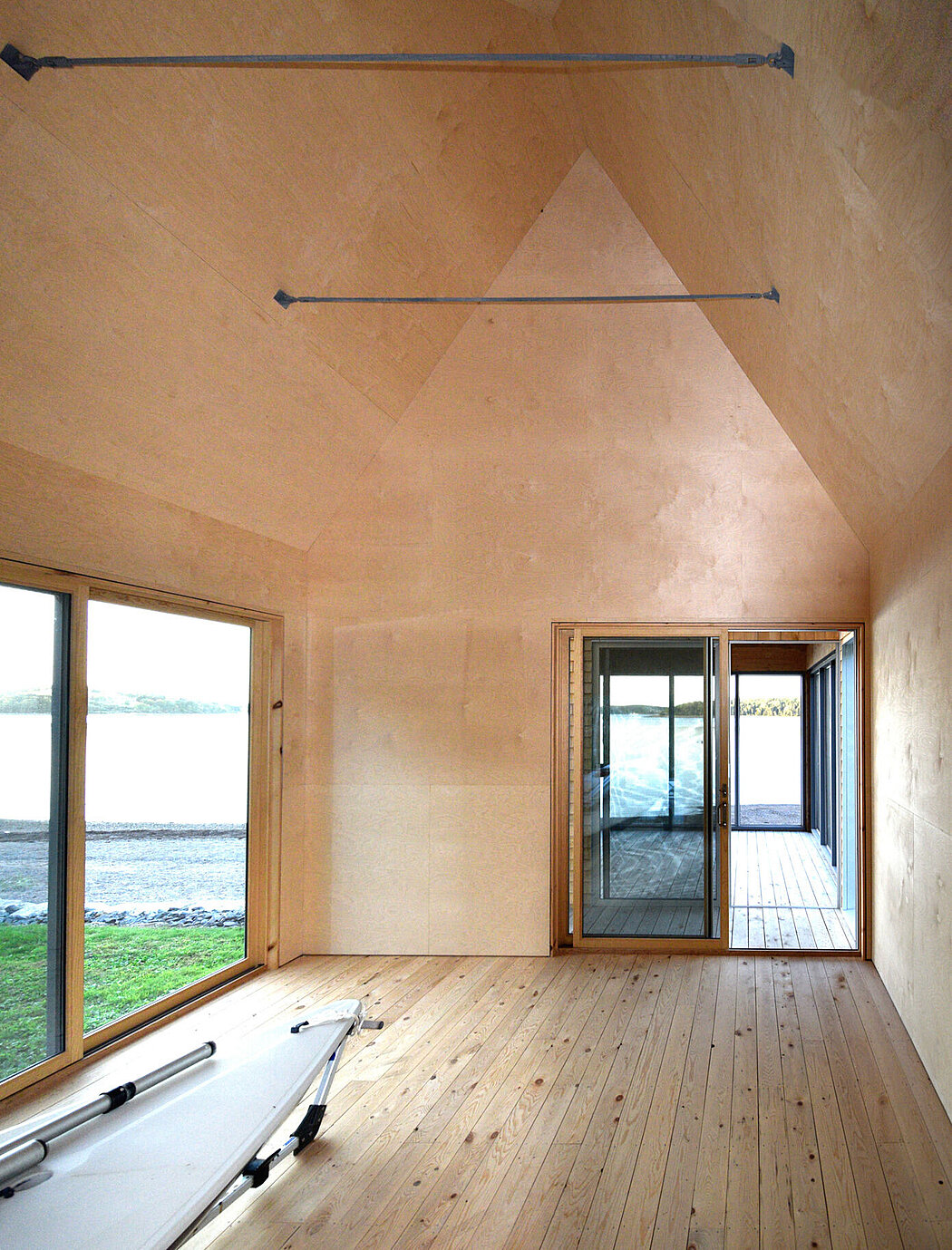 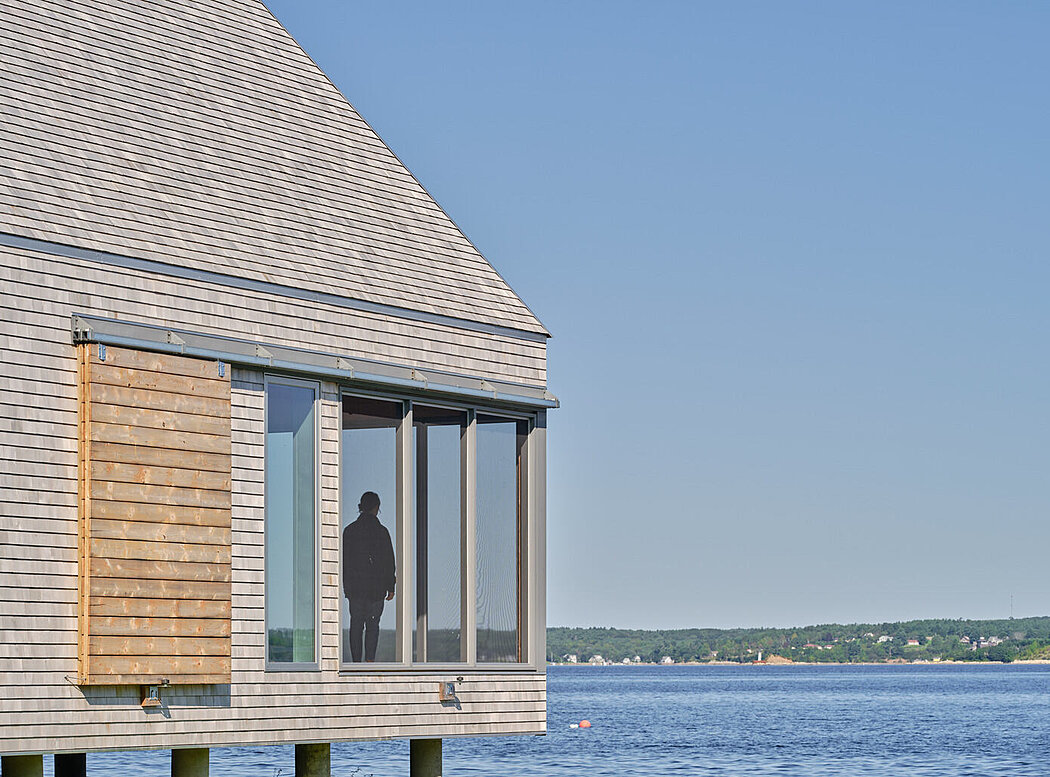 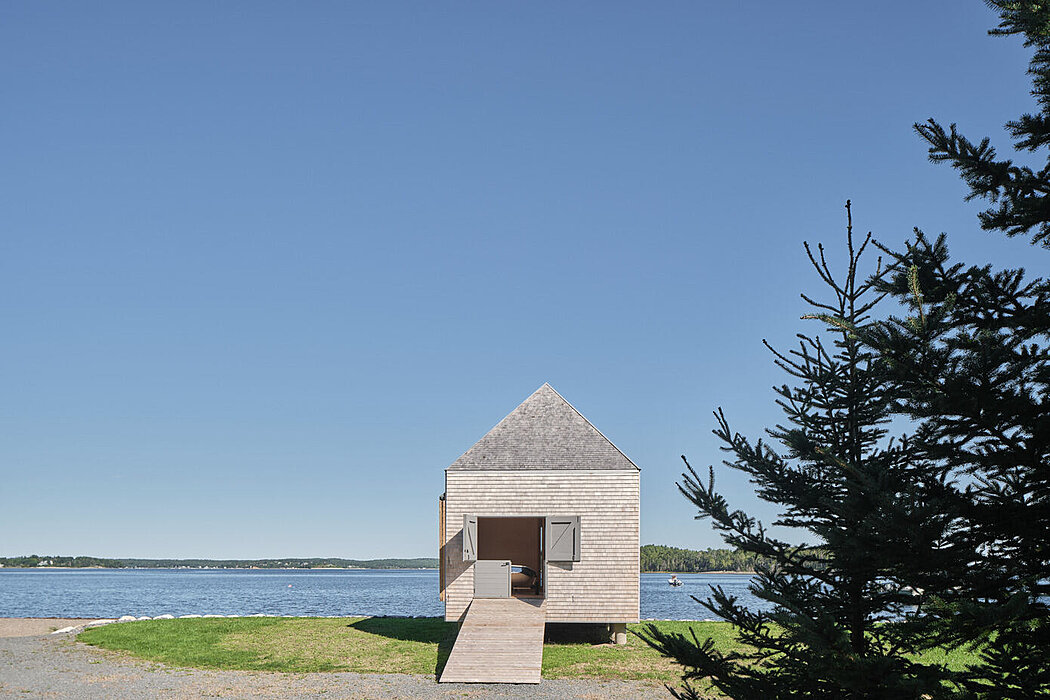 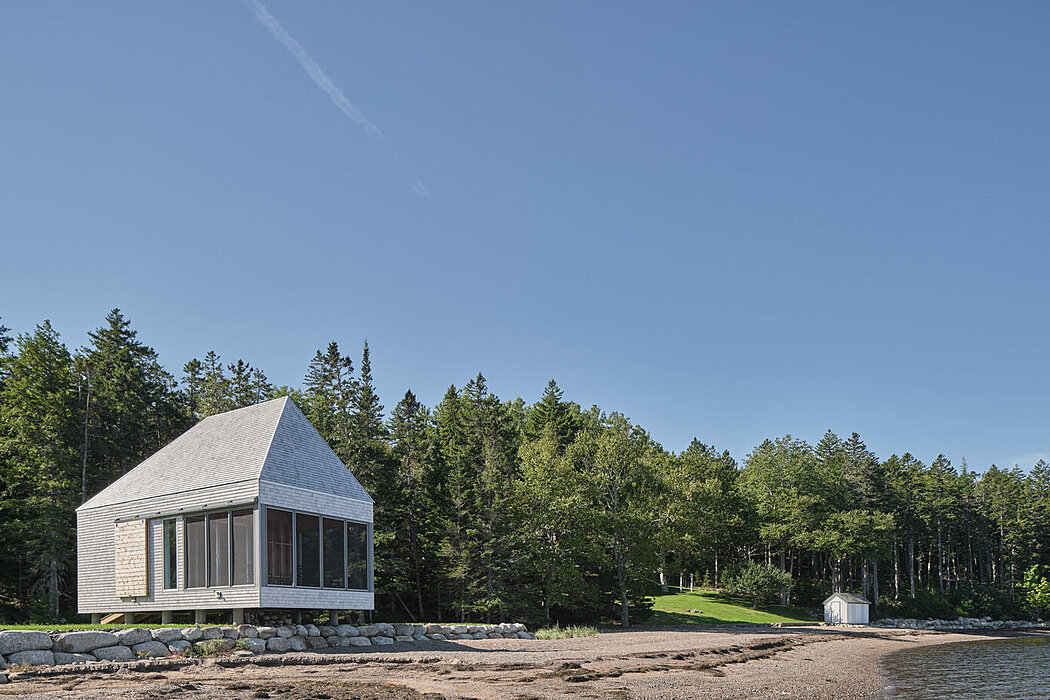 This site is located on Herman’s Island, on the South Shore of Nova Scotia along a section of remote, shoreline facing back into Mahone Bay, Nova Scotia. At this remote location, along the forested west- facing beach edge of the lot they wanted to create both a functional space for boat storage and a leisurely, Zen place for connecting to the water, and the western sunsets. Planning restrictions limit ocean-side development to boathouses only. This restriction was embraced in the design, as a way of re- enforcing the elemental, maritime nature of the structure and the siting.

The location is remote, accessed via a private drive running back from the island’s traditionally settled south coastline to the more wild, forested north. In this context, there is a degree of critical dislocation from the established idea of Nova Scotian Boathouse, and its particular, strong formal lineage. Metaphorically, the journey west through the forest becomes a passage out of the deeply rooted architectural vernacular of Lunenburg County to a more primordial context where established formal imagery can be warped and re-imagined.

In this way, the Boathouse design became a point of expressive re-interpretation and experimentation: Roof pitches are varied, with the west hip leaning more strongly out to sea, while the east maintains a human scale at the ramp entry. The ramp itself, in facing back to the land, inverts the usual ocean-facing orientation. Interior finishes are playfully re-interpreted, and functions are occasionally inverted.

The elevations are allowed to respond to site conditions: minimal openings on the north side, maximum openings on the south side to take advantage of sun. A deep cut in the south elevation contrasts and emphasizes the mass of the volume, while admitting a concealed stair up into the middle of the plan which bisects the two functional zones. The building is set on stilts hovering above the high-water line, with the front porch cantilevering over the beach edge. The viewing porch faces out to the water, with boat storage behind.

The two boathouse functions dictated two different design and structural strategies in terms of wood types, finishes, and bracing. The porch screened area walls and floors are to be exposed to the weather and ocean storms and require a rot-resistant wood species that can be preserved through the saline environment. As such the front porch area is designed with solid hemlock timber and beams, solid rough sawn hemlock decking with exposed steel cross bracing, and no laminated wood products. The ceiling is exposed structure with exposed tie rods. The interior boat storage area is a 2 x 6 wood stud construction that will not be exposed to the weather, and is provided with a plywood veneer clad ceiling and walls with a sanded hemlock wood flooring.

This project won the Nova Scotia Lieutenant Governor’s Medal of Excellence- the highest award for architecture – in 2022.