Hampton House is a two-story located in Hampton, Australia. Built in 2018, the house was designed by Architecture Works as a light-filled family home that would accommodate a family of five and cater to entertaining.

The home has been Heritage listed, requiring the original Edwardian weatherboard facade to remain intact. The contemporary addition to the rear of the house features white concrete forms to reflect the existing weatherboards, creating a sense of strength in the design and life of the dwelling. Challenges included meeting the expectations of the clients and integrating a modern concrete and glass form within the constraints of Heritage guidelines. The house extends over three levels and is connected by a central helical stair. An overhanging roof provides shelter to the internal spaces and creates an intimate outdoor living area, while external motorized venetian blinds allow the owners to control the amount of light and privacy.

Situated in the coastal suburb of Hampton, the house boasts stunning views of the bay to the West. 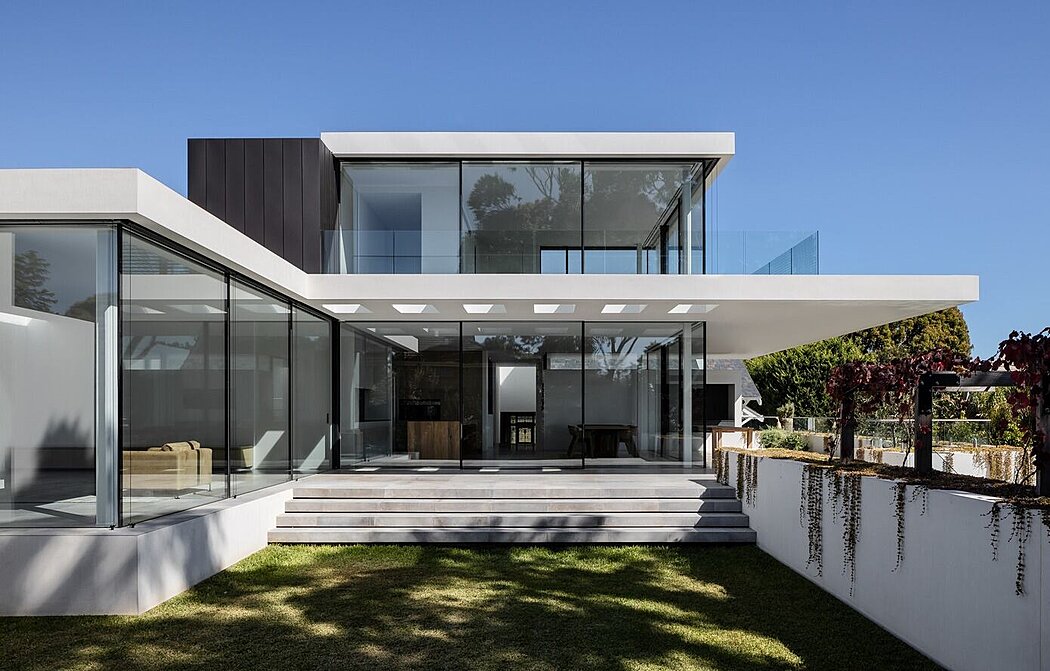 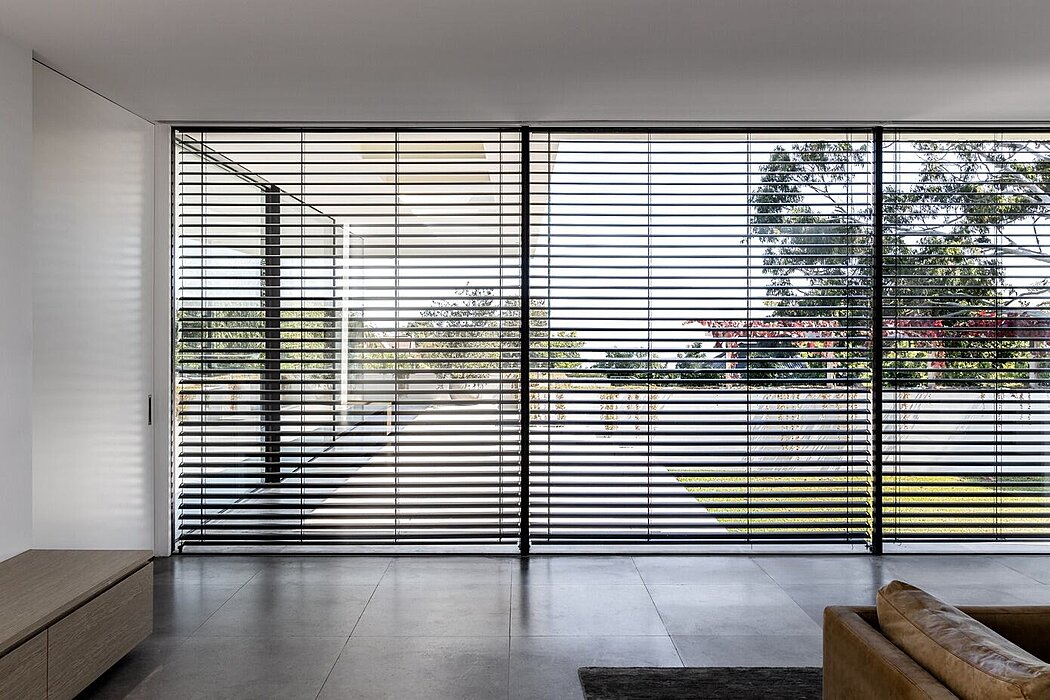 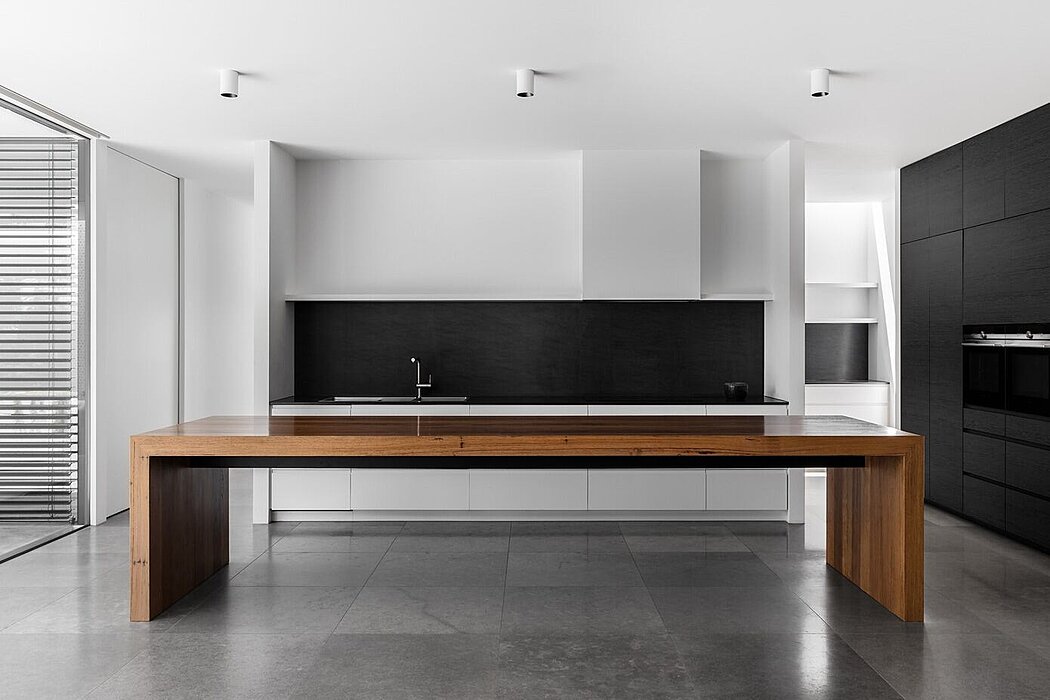 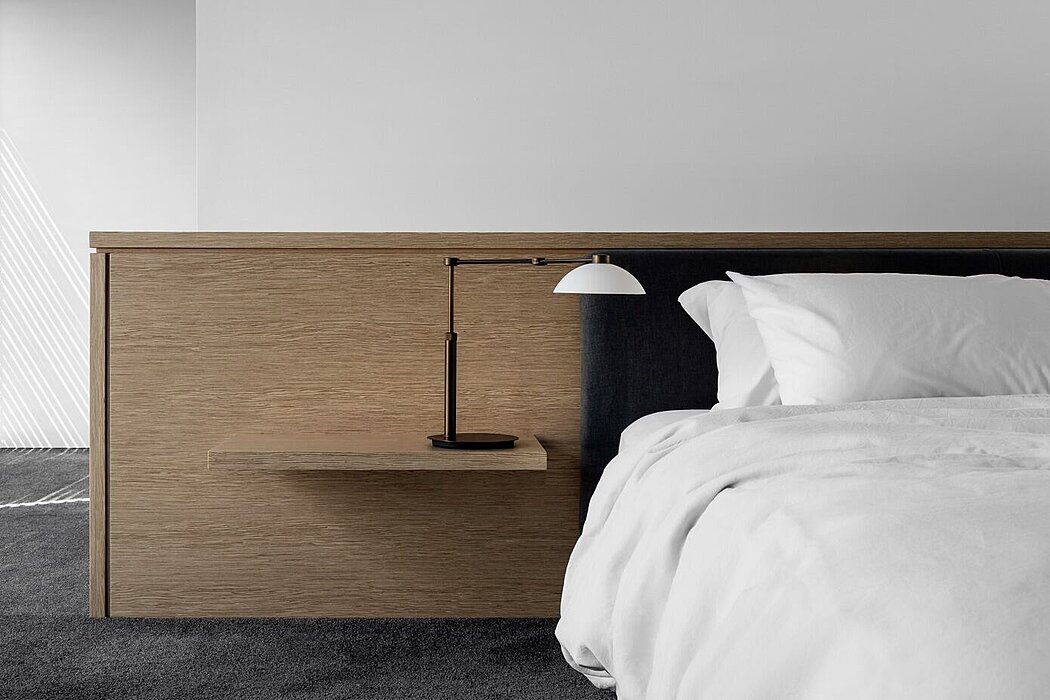 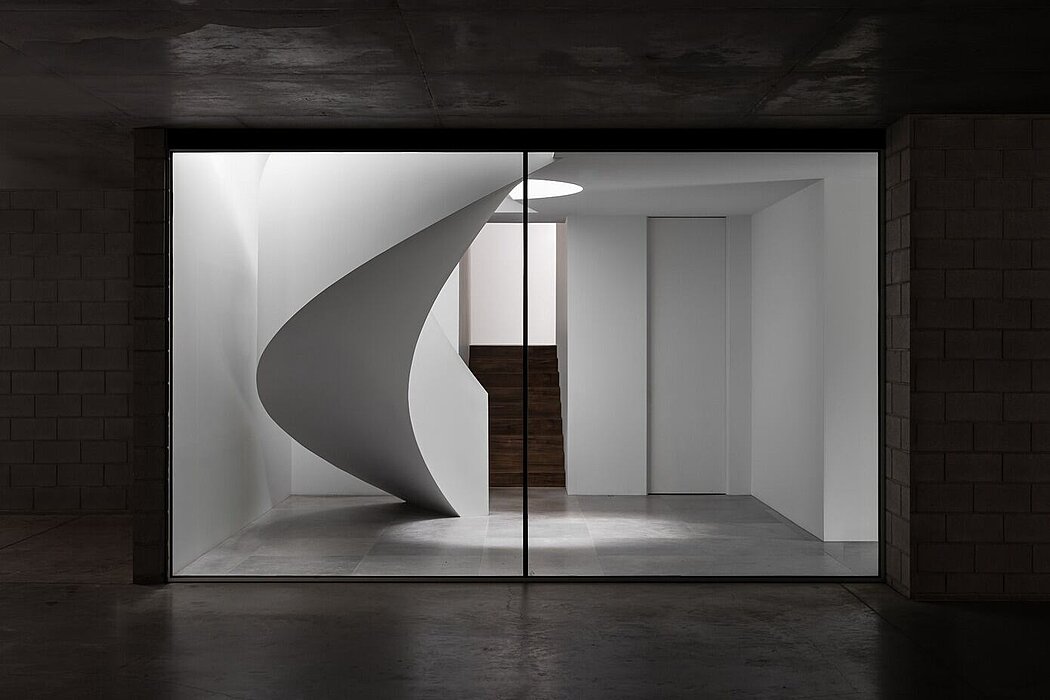 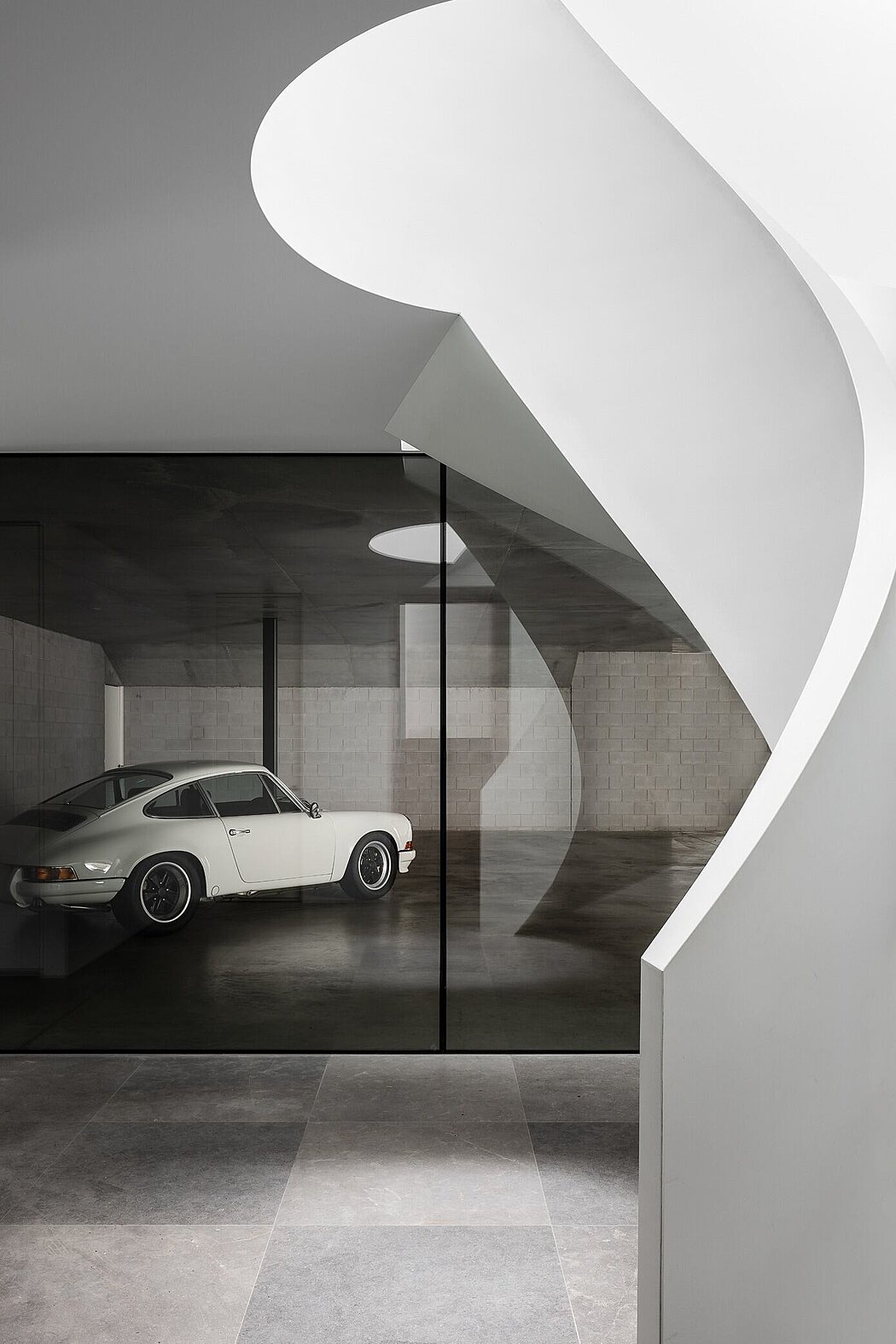 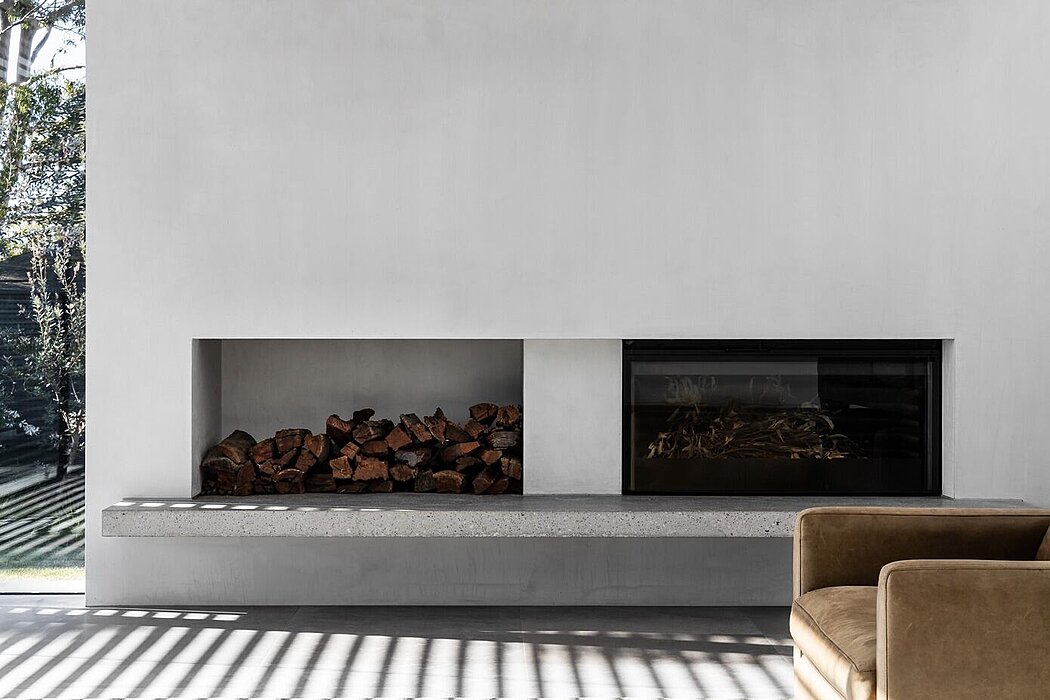 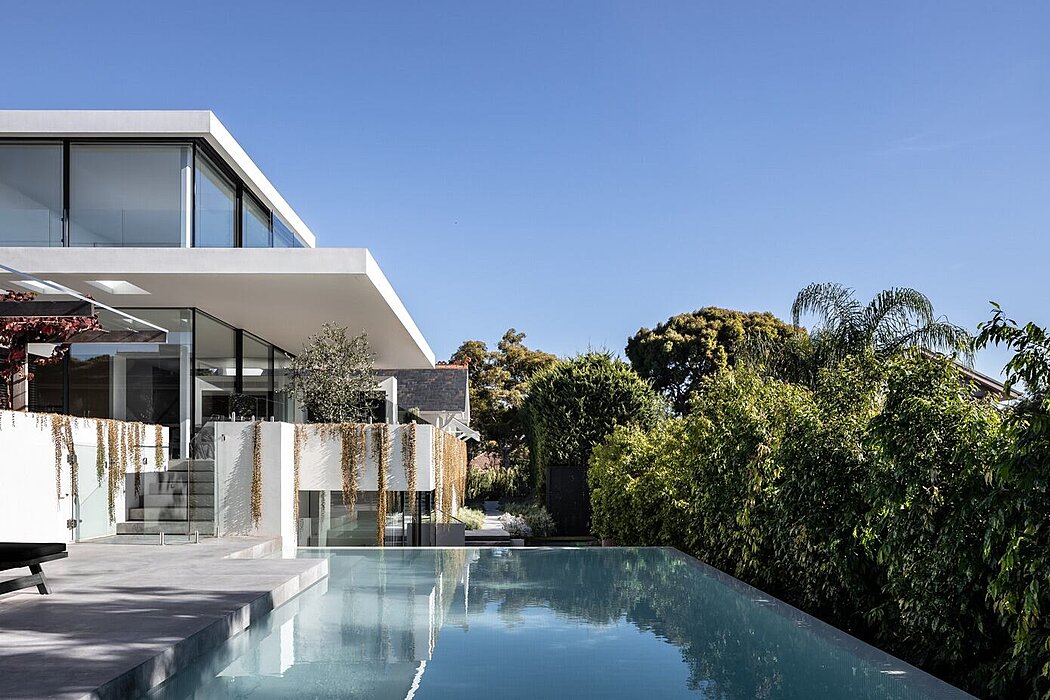 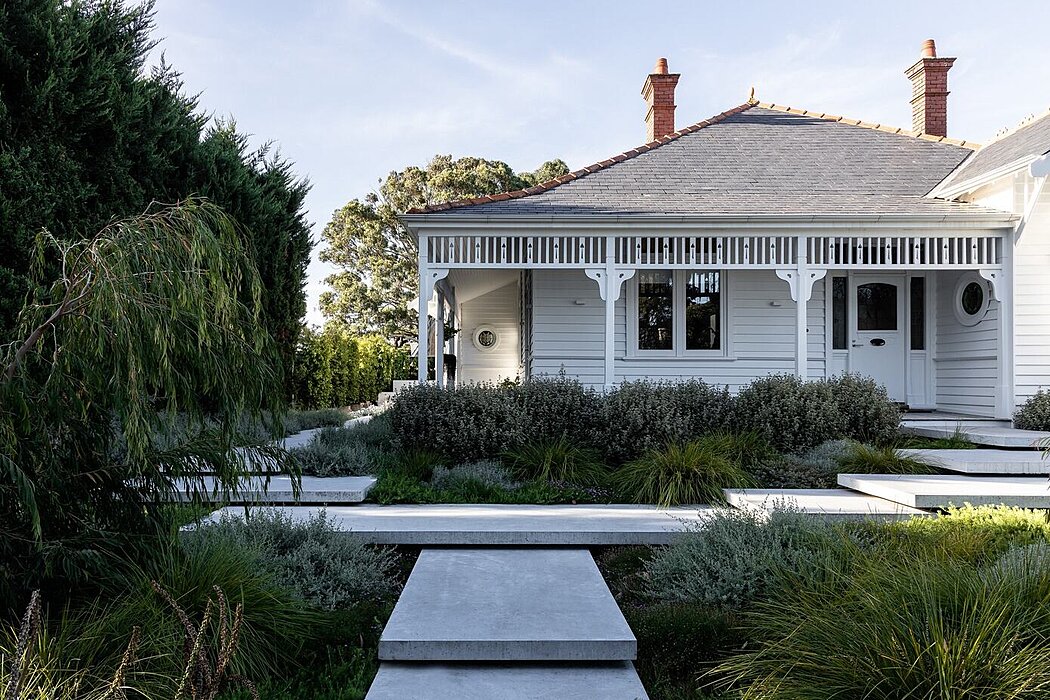 When the client bought the property, they originally intended to demolish the Edwardian weatherboard house, only to later find that it was Heritage listed. This meant that the brief had to change, and the challenge became how to create a contemporary light-filled family home that would accommodate a family of 5 and cater to entertaining while still retaining the front facade of the house and seamlessly integrating a modern addition to the rear.

The most fulfilling part of the design is how well the new contemporary addition seamlessly integrates with the existing heritage form. The addition is comprised of white concrete forms to reflect the existing weatherboards while also adding an element of strength and sharpness to the structure, providing a sense of strength to the design and the living space.

One of the design challenges was to meet the expectations of the clients with regards to integrating a contemporary space with the Edwardian weatherboard heritage charm. Coming from a large newly built home previously designed by Architecture Works, the clients wanted to integrate a similar modern concrete and glass form that they had become accustomed to. This had to be done within the limits of Heritage guidelines. The existing compartmented floor plan had to be reworked to reflect the typical openness of modern living, while still providing a balance between private and social zones.

Another major design challenge was to elevate the rear addition to enable views of the bay to the West, while still dealing with the harsh West setting sun. The solution was to create 3.5m (11.5 ft.) long over-sailing rooves that provide shelter to the internal spaces while creating an intimate outdoor living area. Additionally, motorized venetian blinds were installed to allow the owners to control the amount of light and privacy.