Flying House is a minimalist single-story house located in , Belarus, designed in 2022 by . 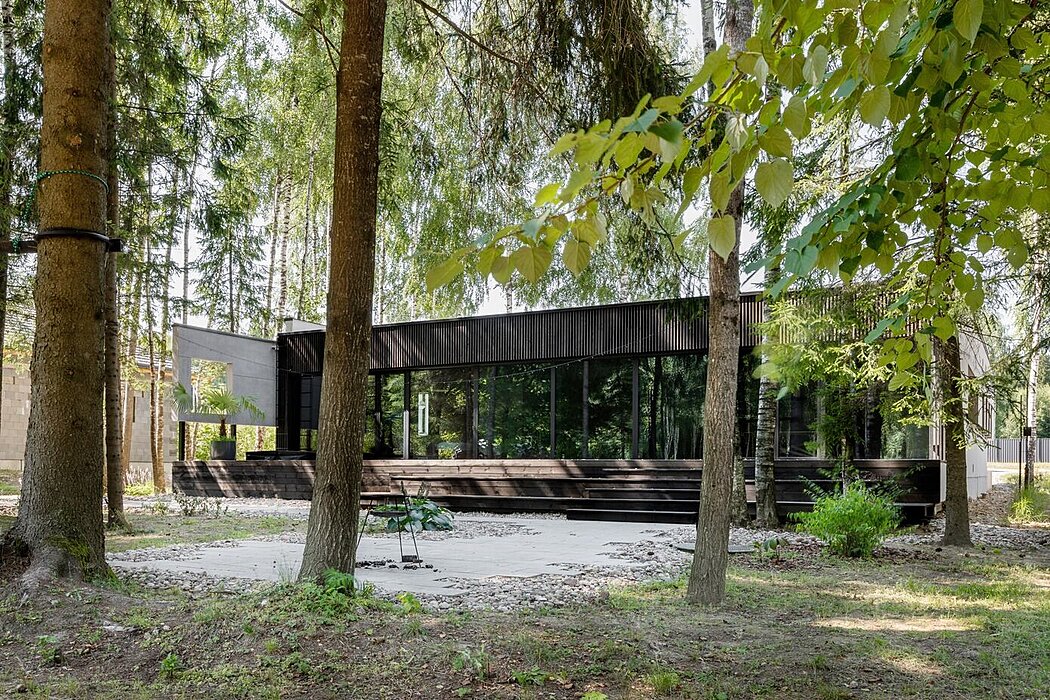 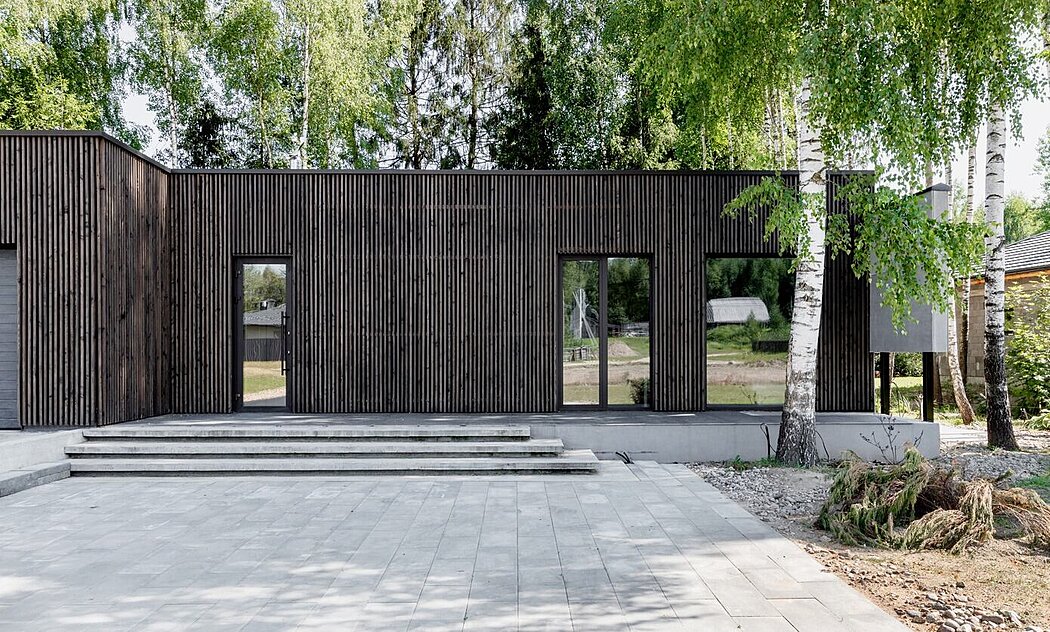 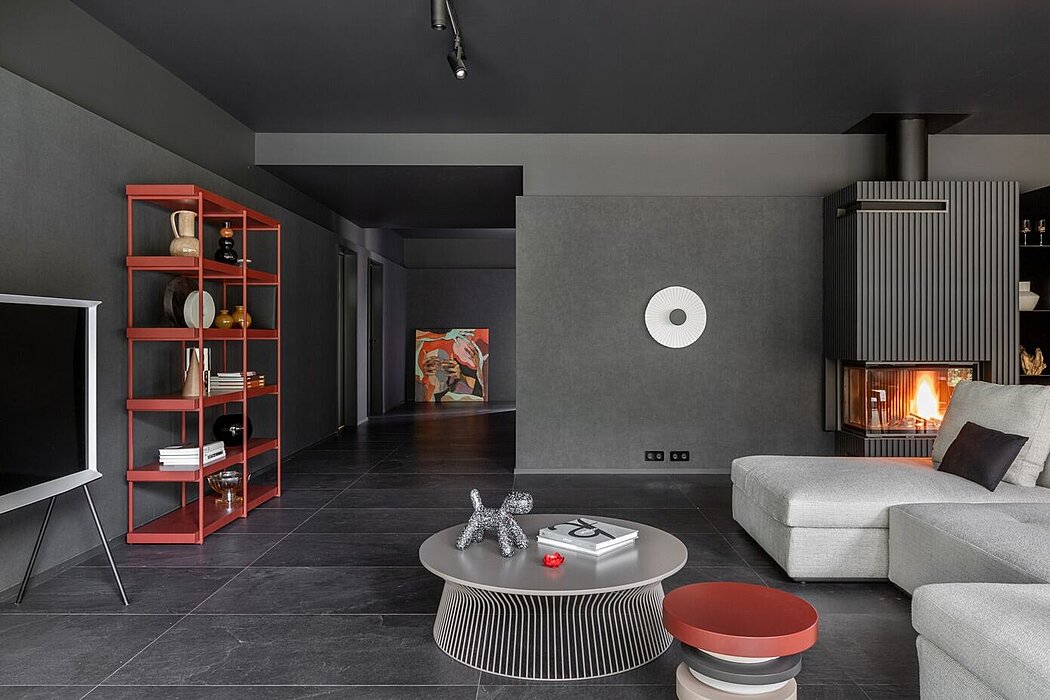 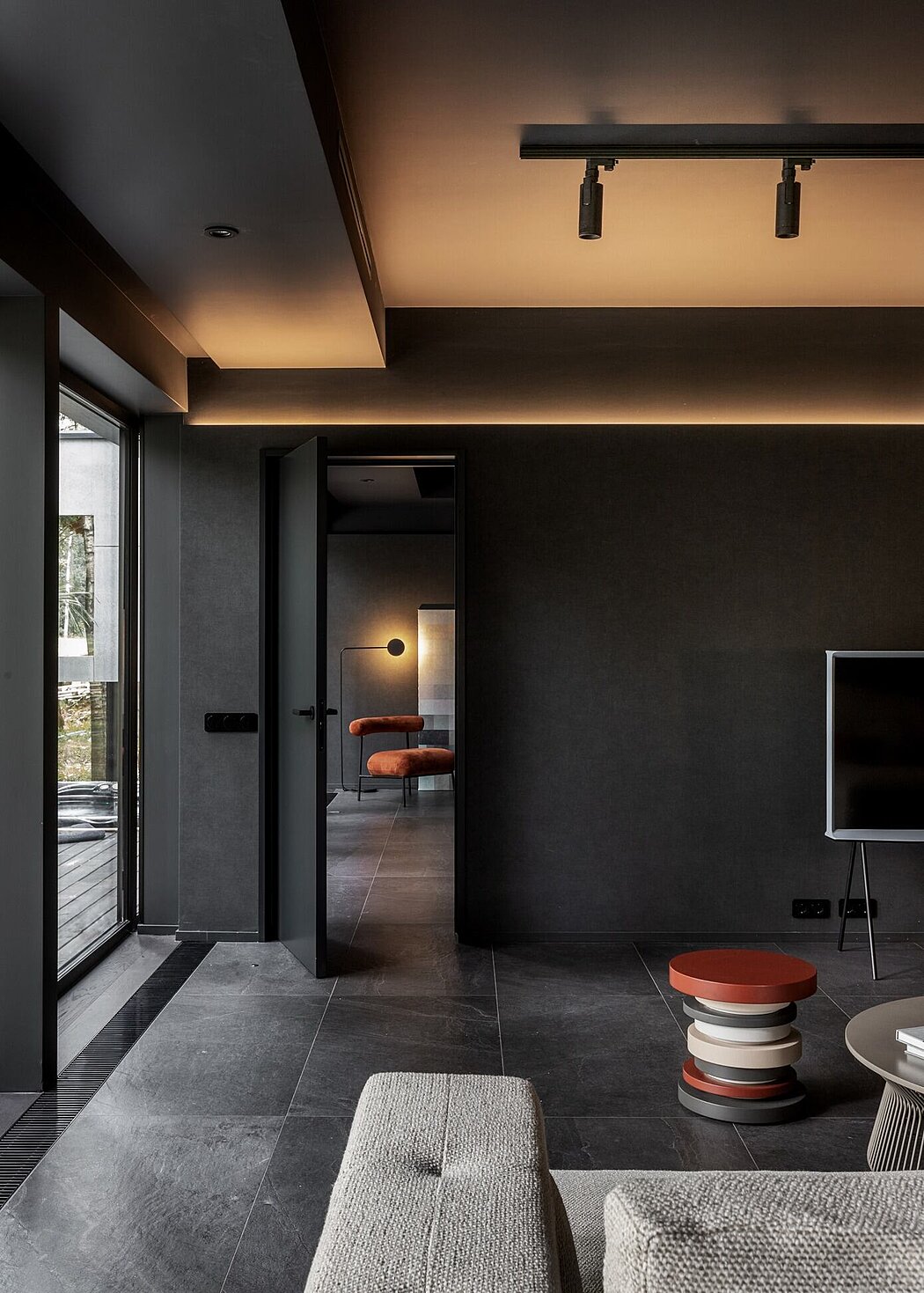 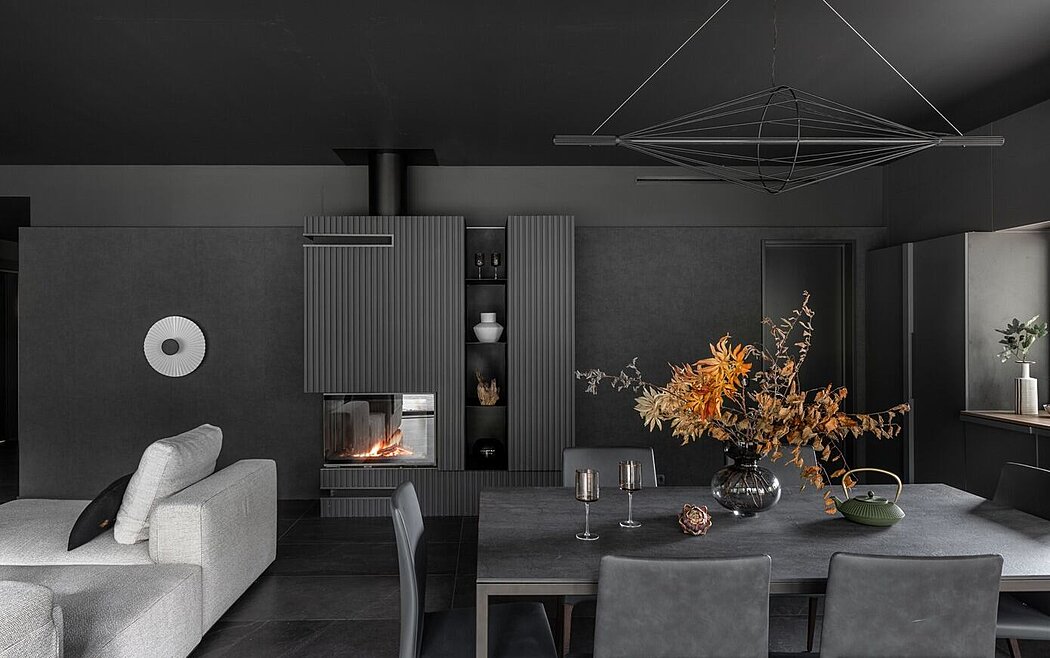 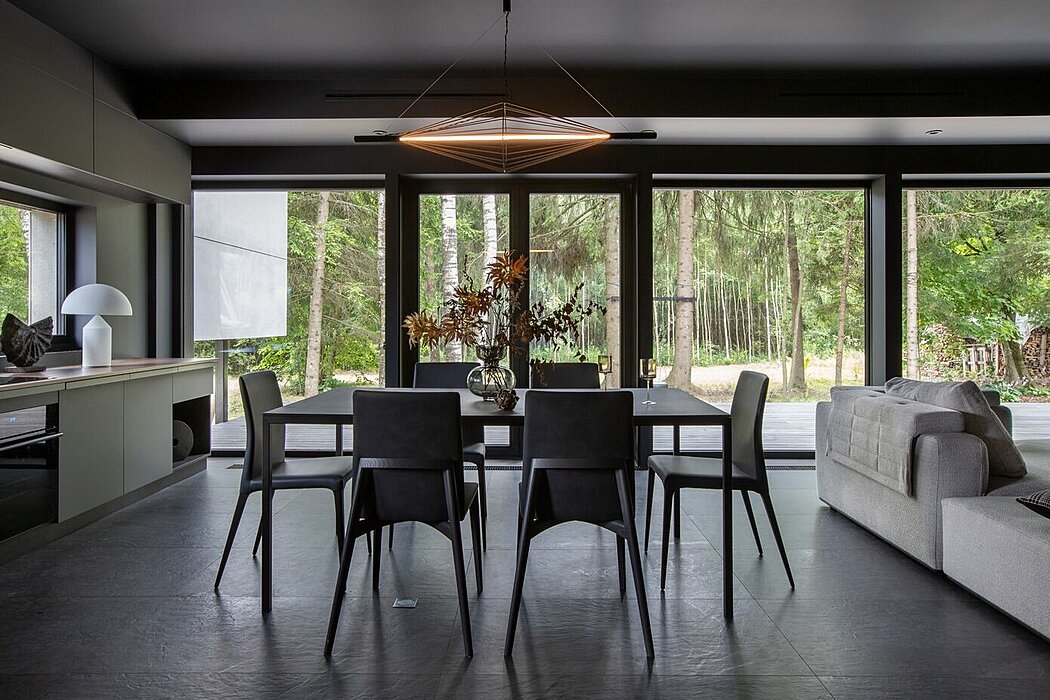 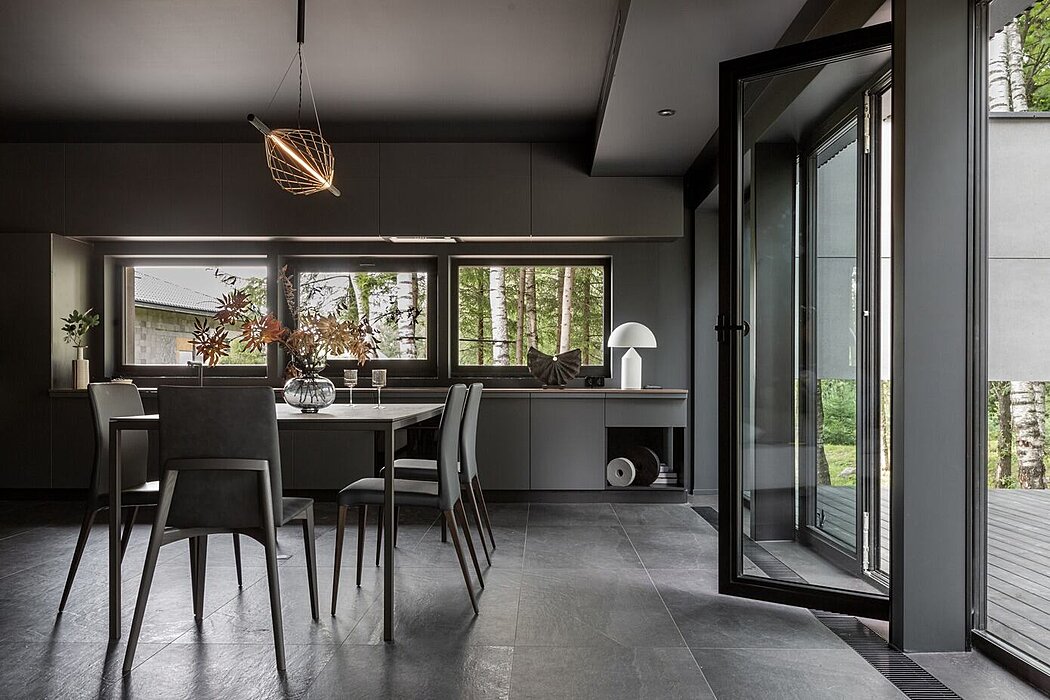 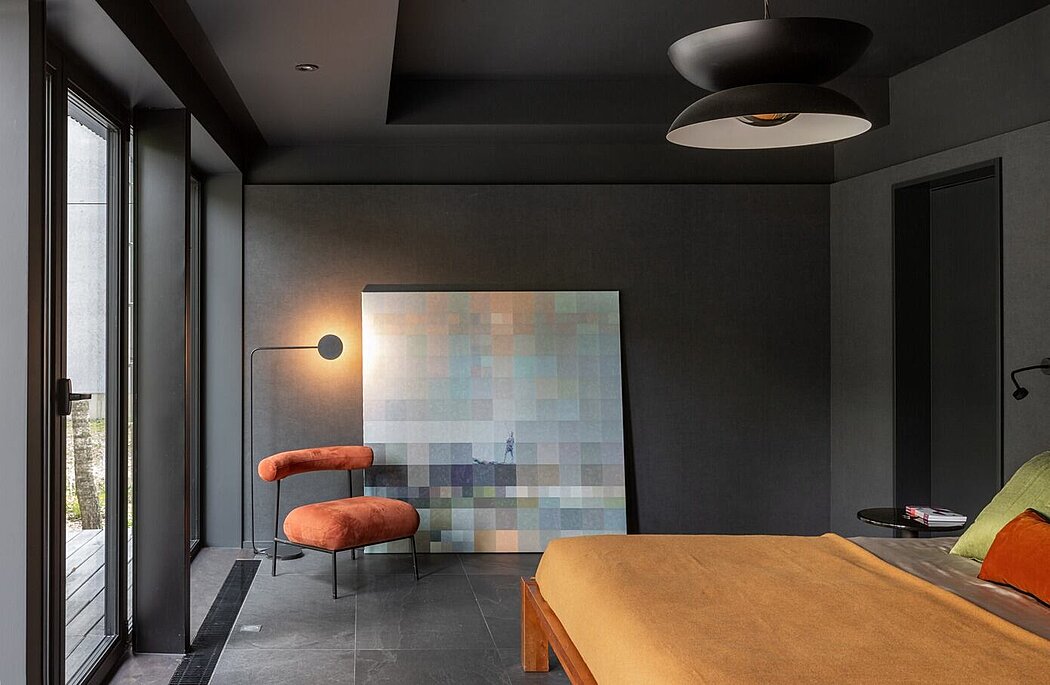 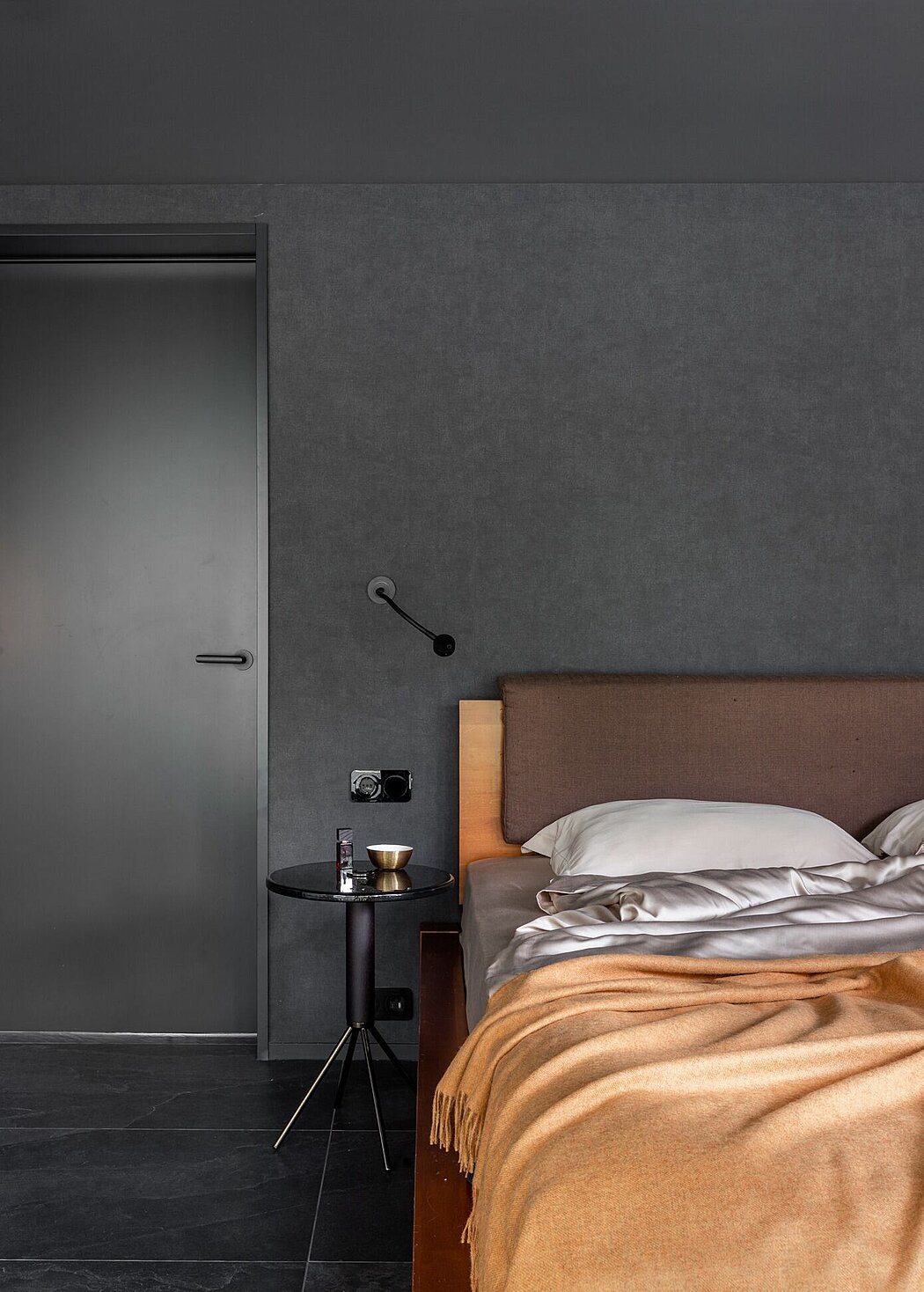 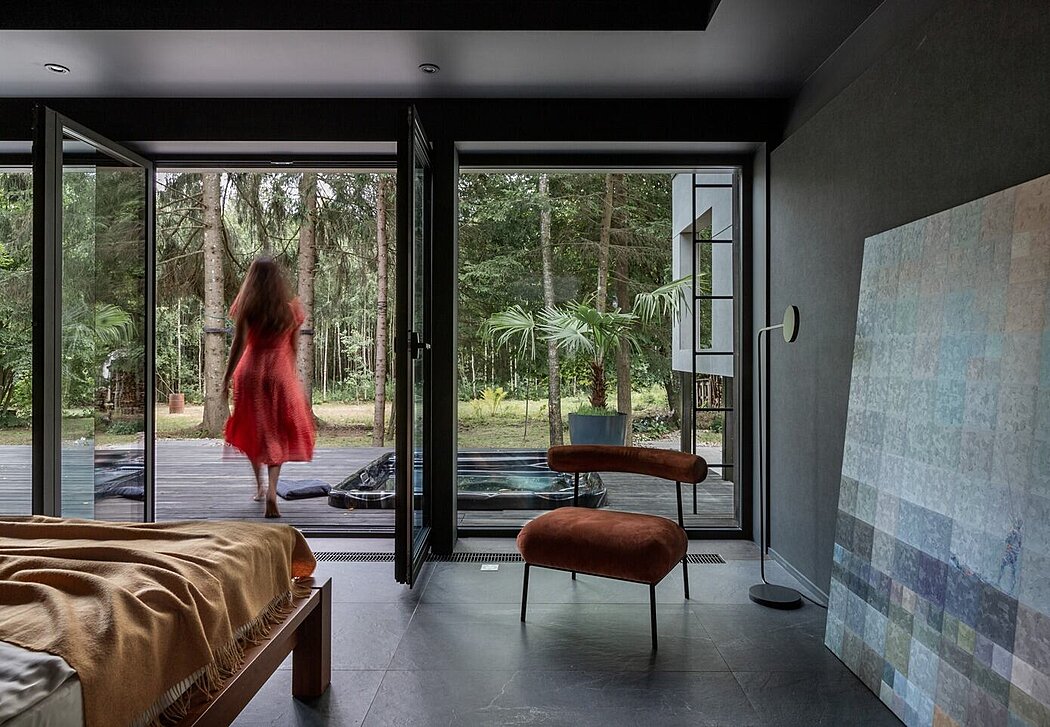 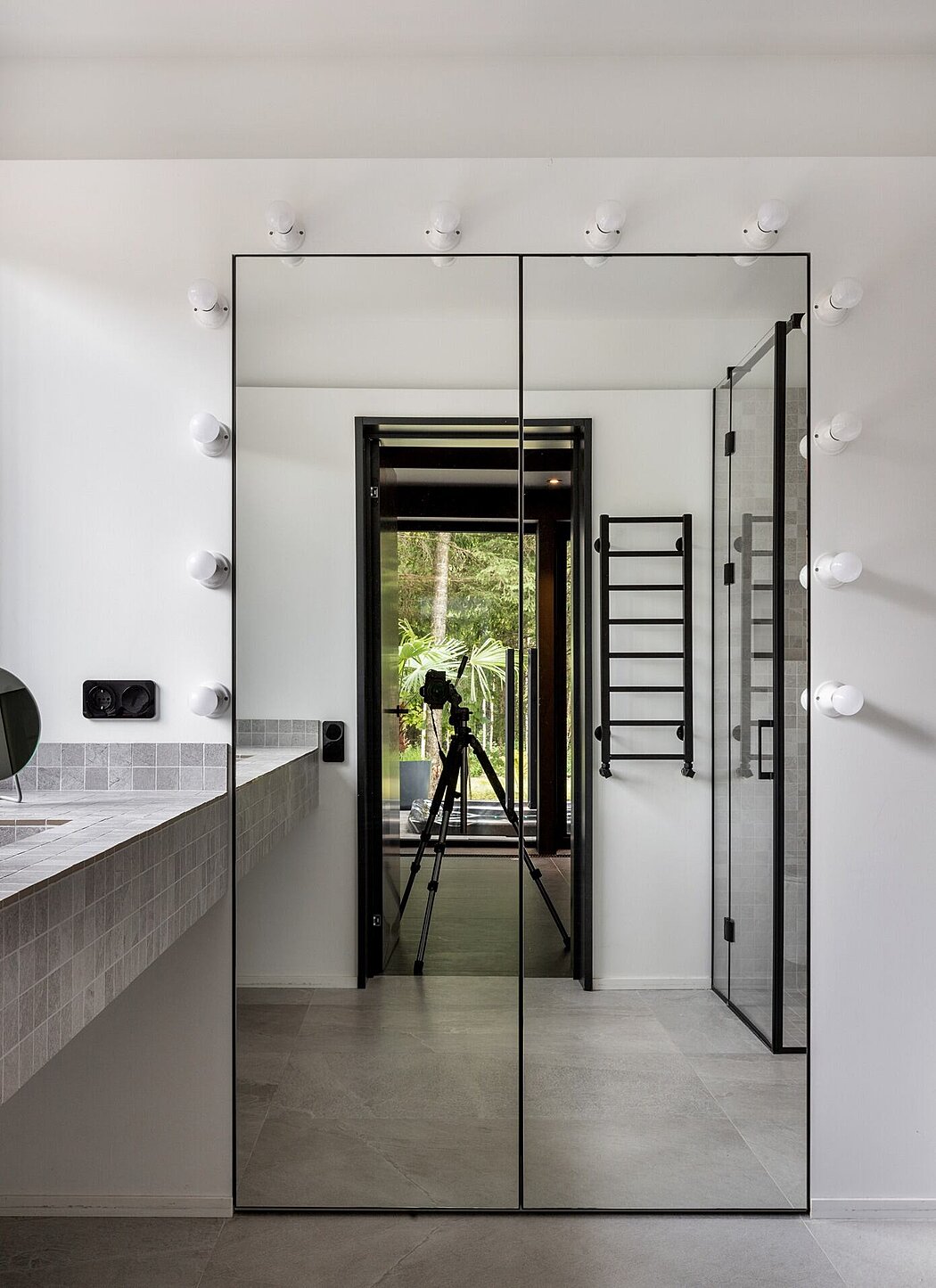 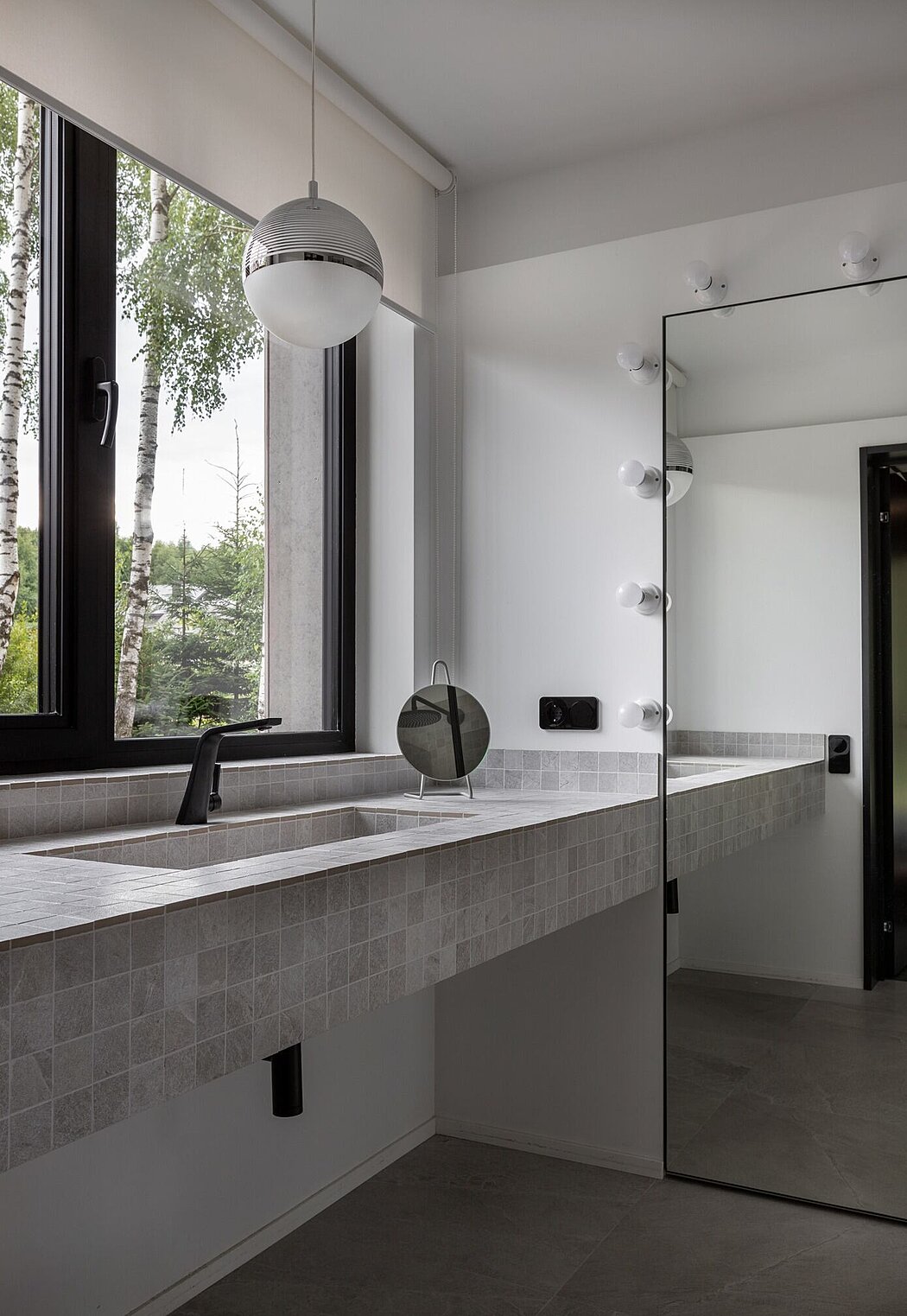 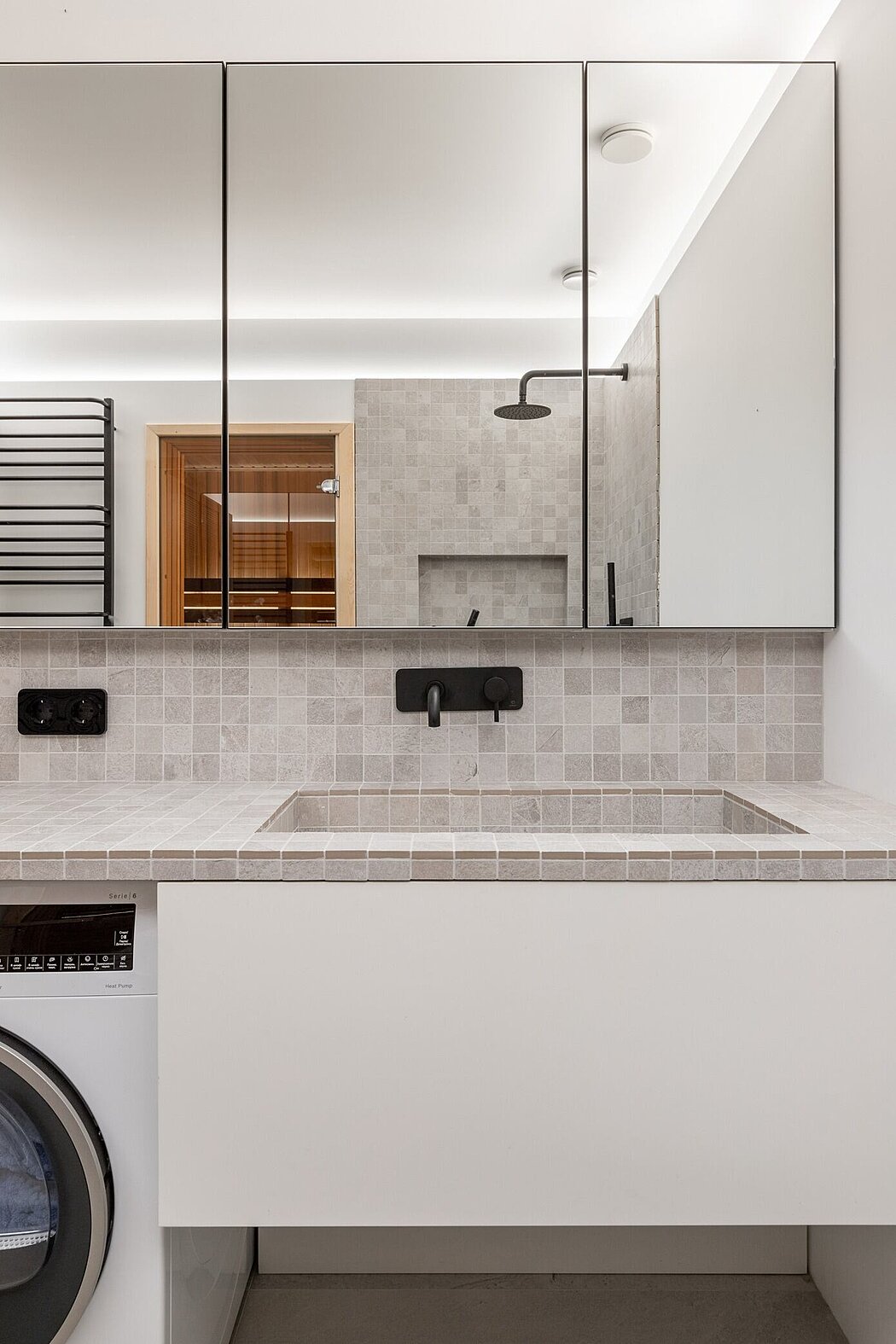 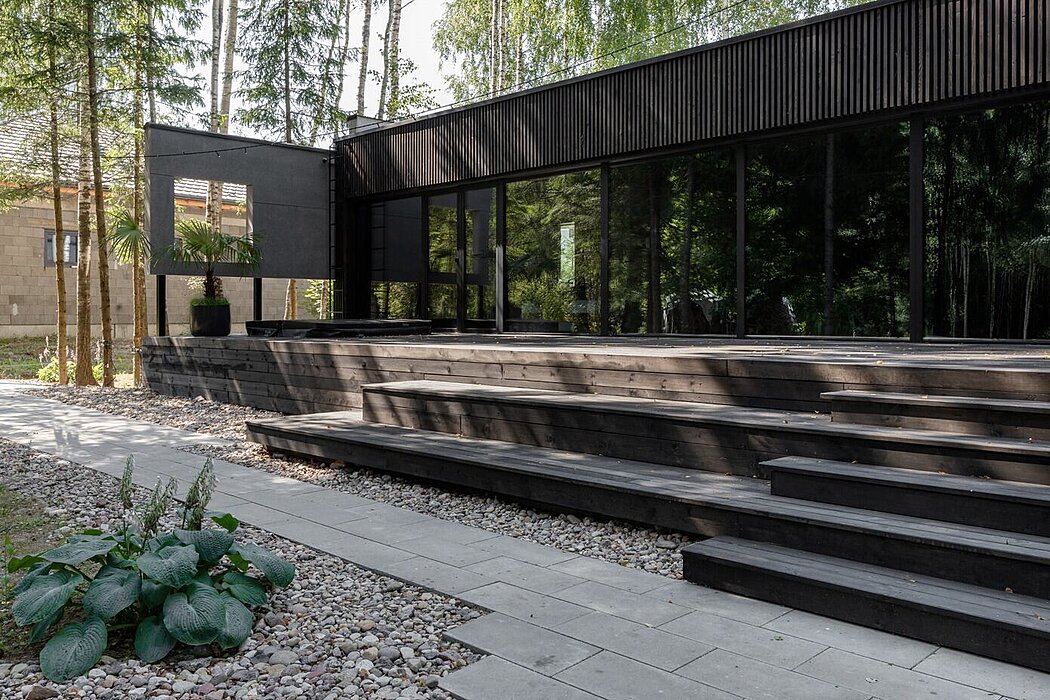 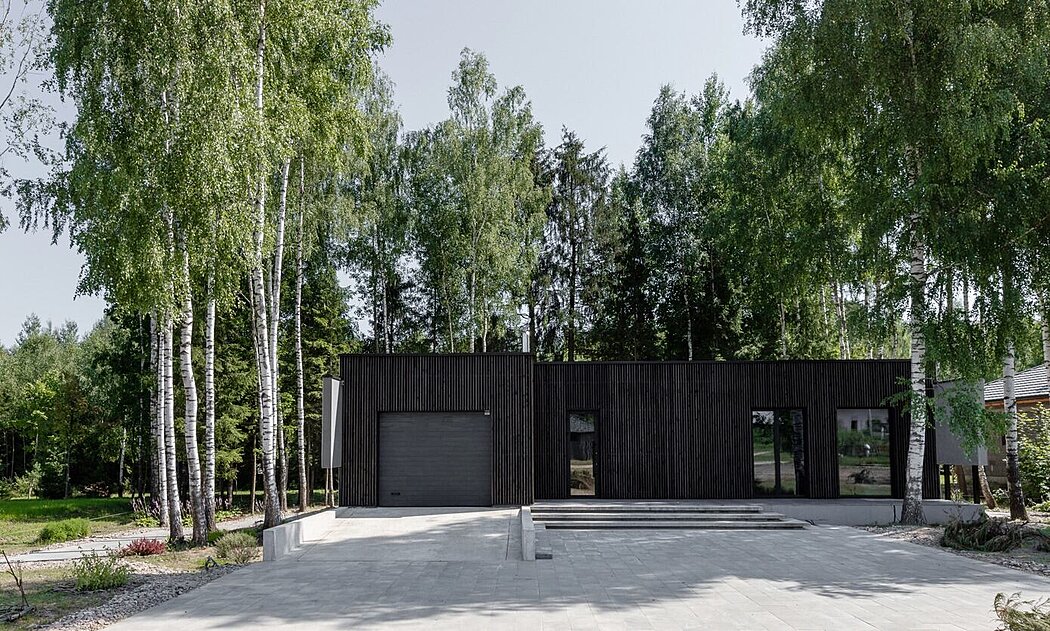 In this project we developed the design of the facades. The house is located in a picturesque place surrounded by trees. So we have blended it organically into the landscape with the help of natural materials and architectural techniques.

We had the task of making an unusual facade, as the house itself is an ordinary box standing on a foundation. In developing the concept we drew on the client’s brief and based on it came up with the idea of making a “soaring” facade. We suggested making a vented facade from the bottom level of the windows to the highest point of the house and adding lighting along the bottom edge. We took the faсade outside and levelled it with the terrace. Underneath this construction we placed pots from corten and planted tall grass in them.

The interior in this project is a continuation of the minimalist architectural appearance of the house. And its main feature is a monochrome dark finish, which flows smoothly from the facades into the interior of the house and makes the interior enveloping due to the black color.

Despite the abundance of black, we used techniques that allowed us to make this interior not gloomy, but on the contrary, cozy and stylish. One such technique is the lighting around the perimeter under the ceiling, which throws a soft diffused light on the ceiling, visually making it higher and the space freer. I would also like to mention the finishing of the walls, in this case, wallpaper. This solution is unusual for us, but thanks to its non-uniform and a little velvety texture, the wallpaper makes this interior softer and more relaxed.

Also in monochrome interiors the furniture plays an important role. We chose the furniture in the project so that it both dilutes the monochrome and supports the style of the interior. The centrepiece of the living room is a bright modular sofa, the blocks of which can be moved around, changing the geometry of the space to, for example, communicate while cooking dinner or watching the play of flames in the fireplace. Around the sofa we have placed accents of color in the form of coffee tables, shelving units and a designer television, which, together with the pictures, add colour and mood to the interior. As a result the work with light, color accents, and space geometry has allowed us to create a stylish total-black interior with Italian furniture and a gorgeous view of the forest.