F29_ca’Morgana is a minimalist apartment located in , Italy, designed in 2021 by Eutopiarch. 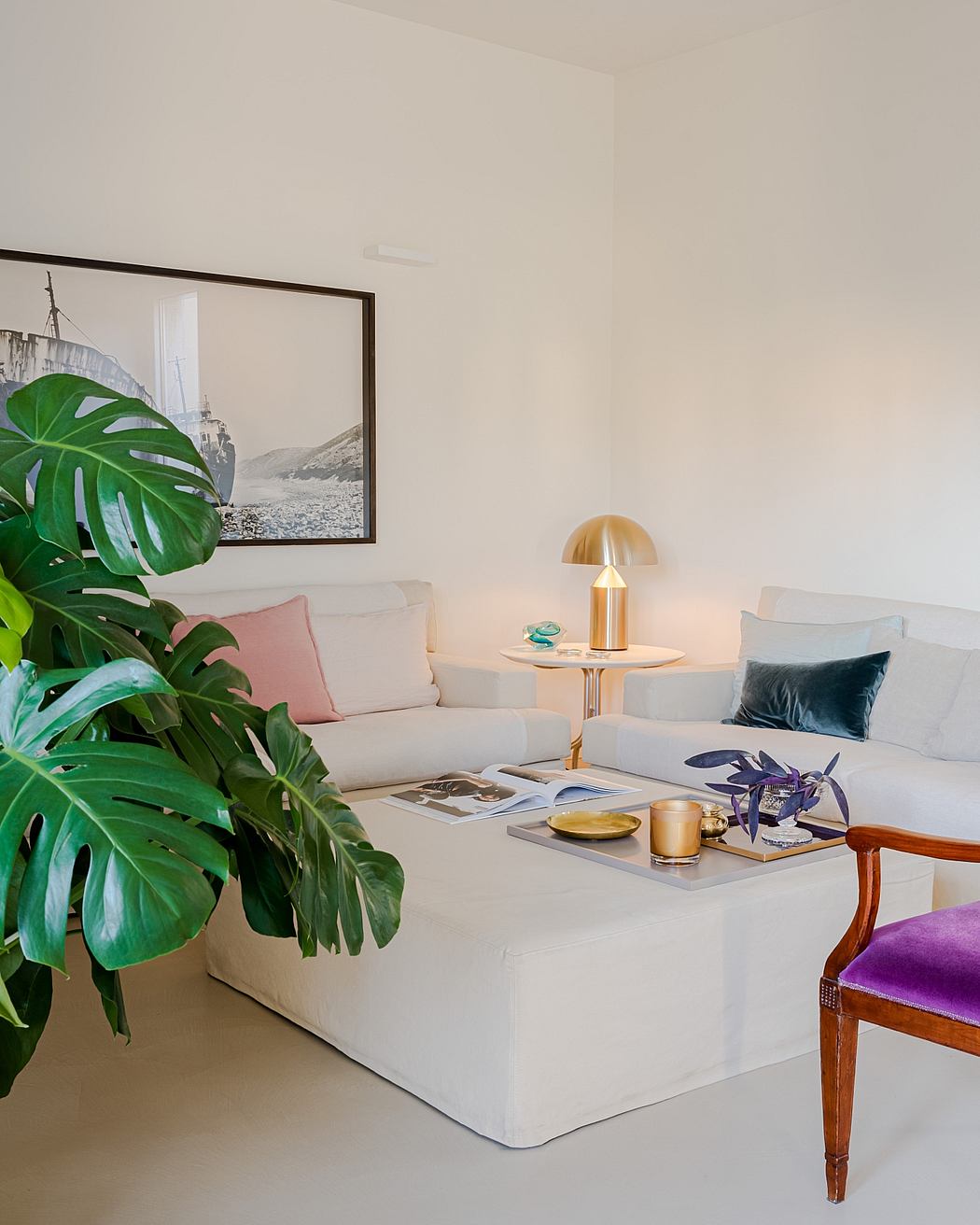 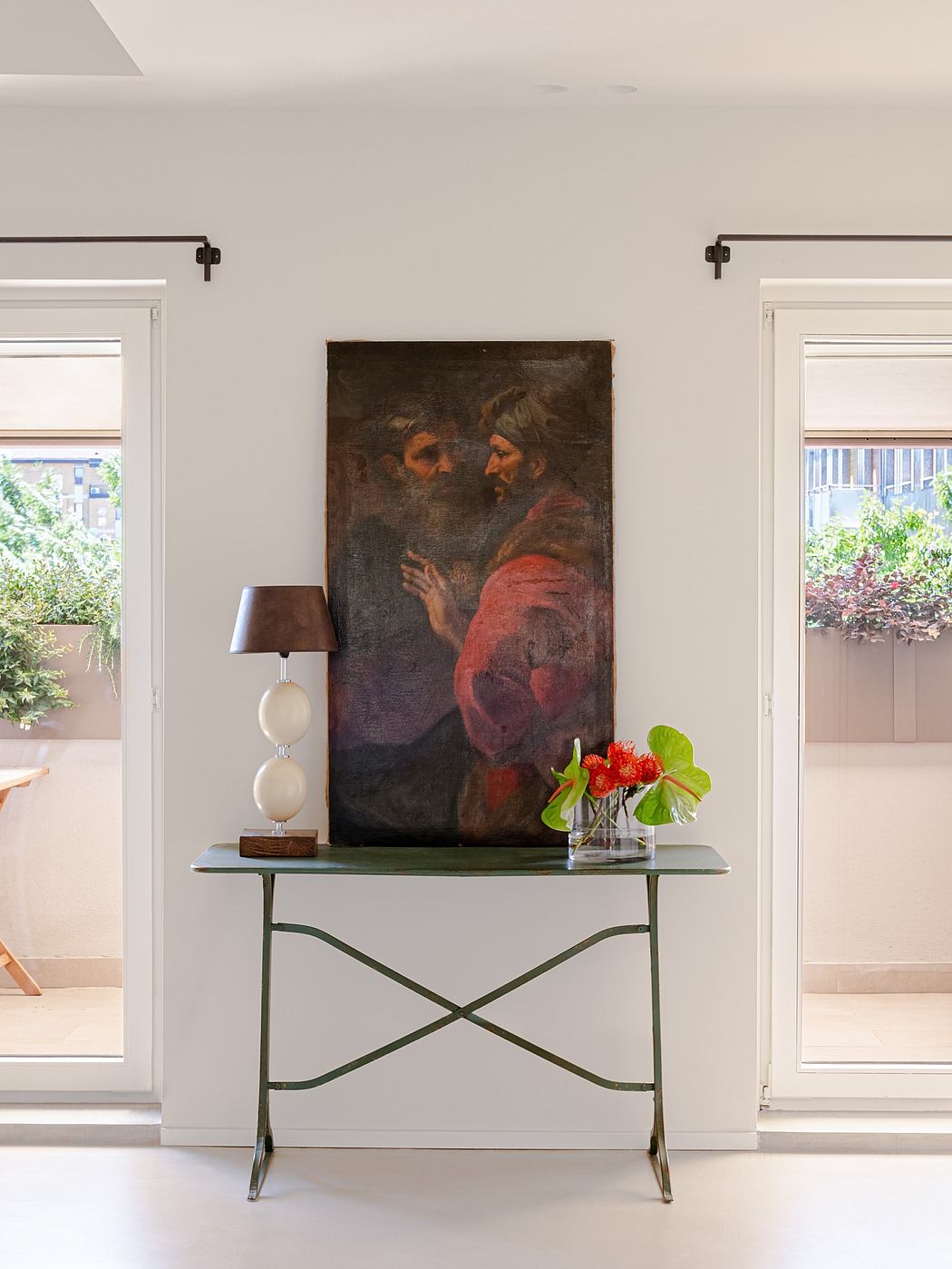 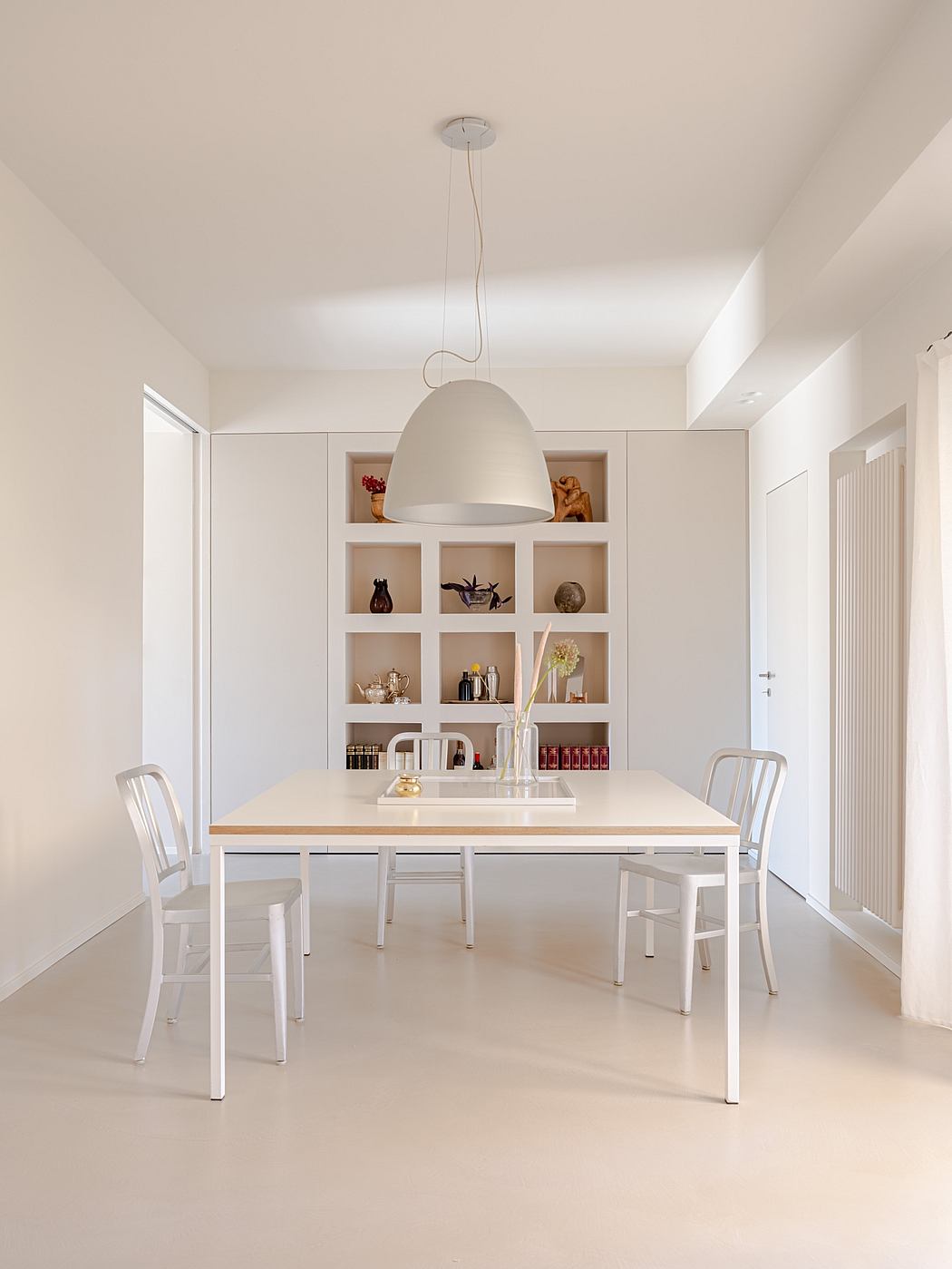 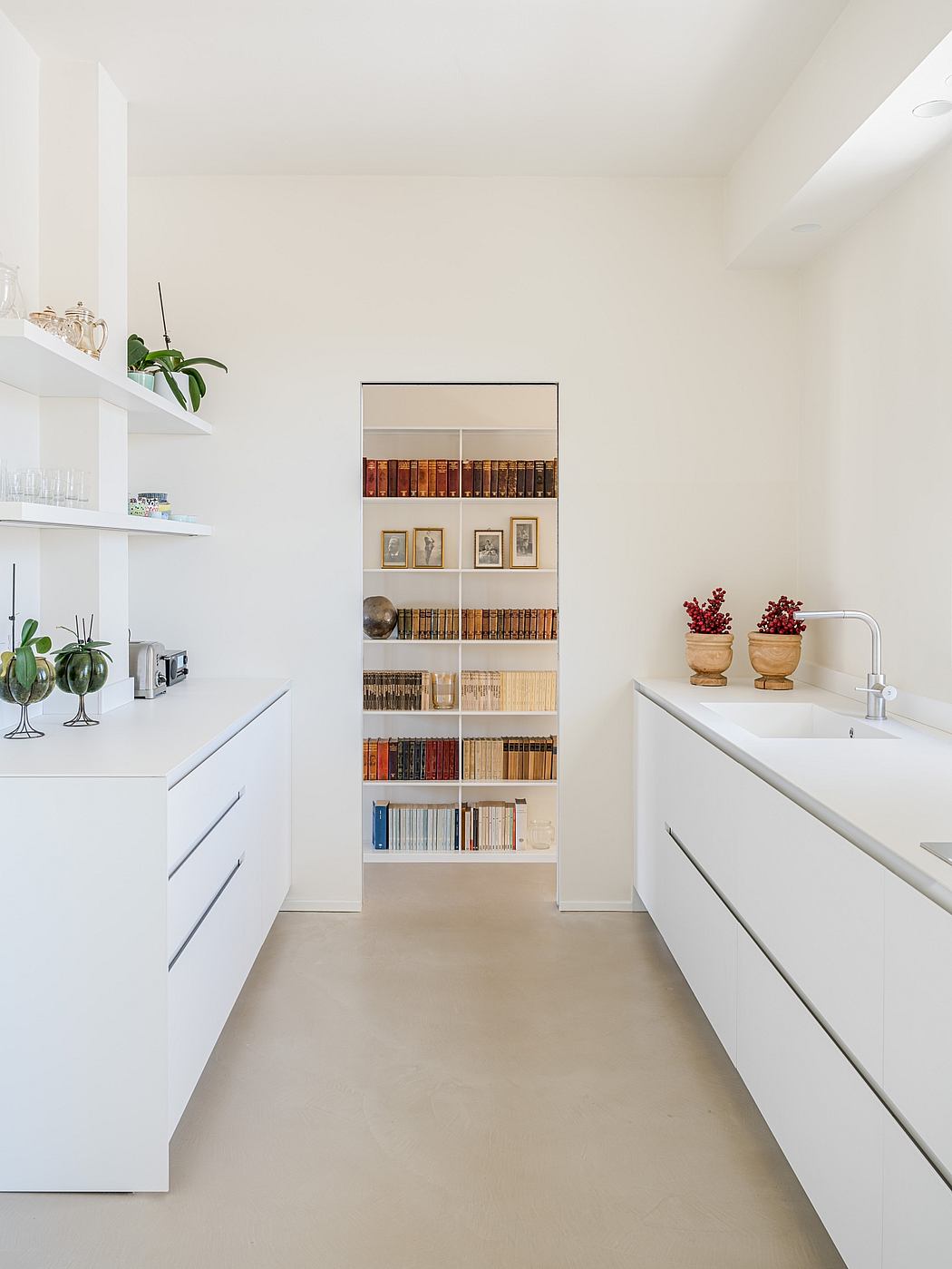 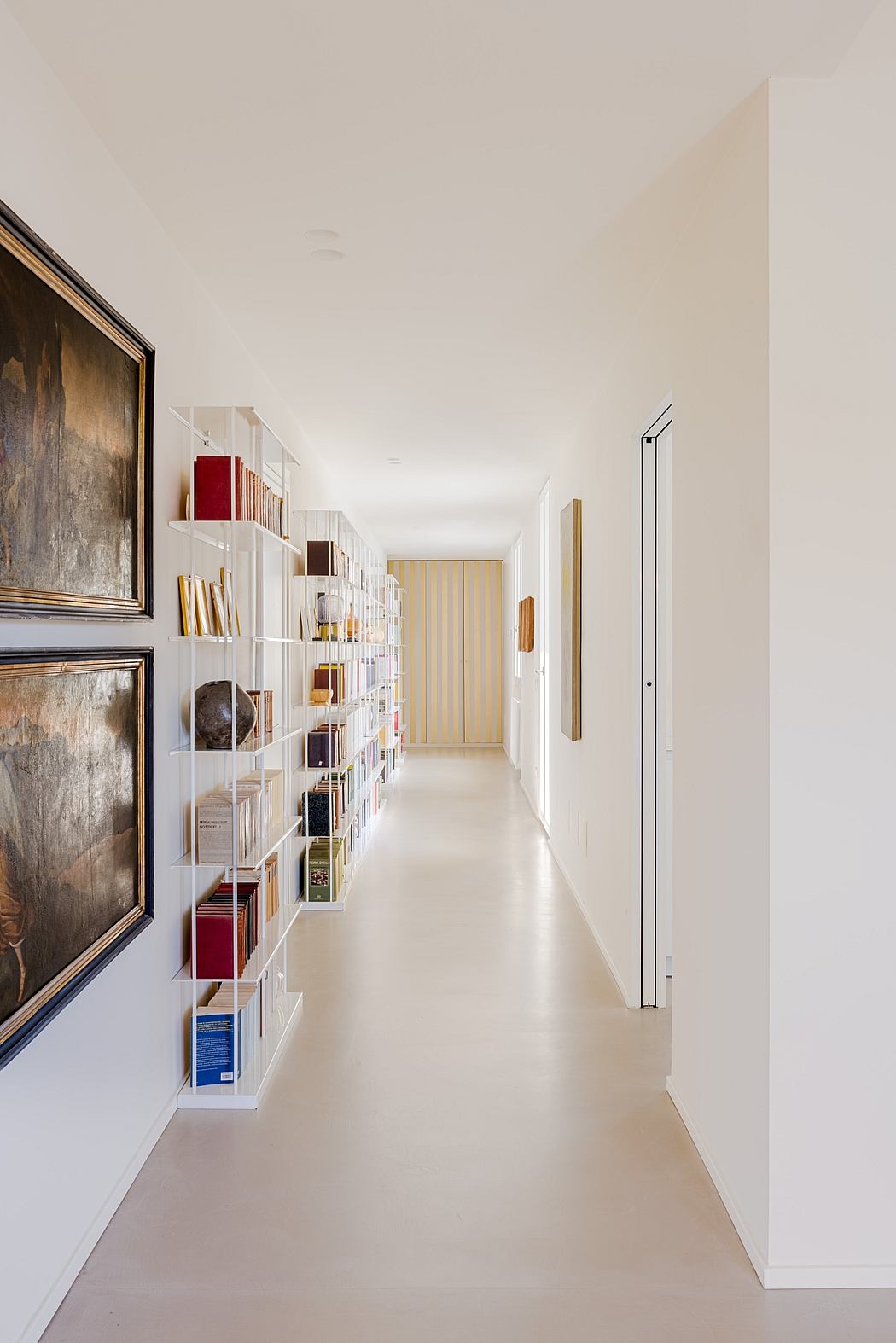 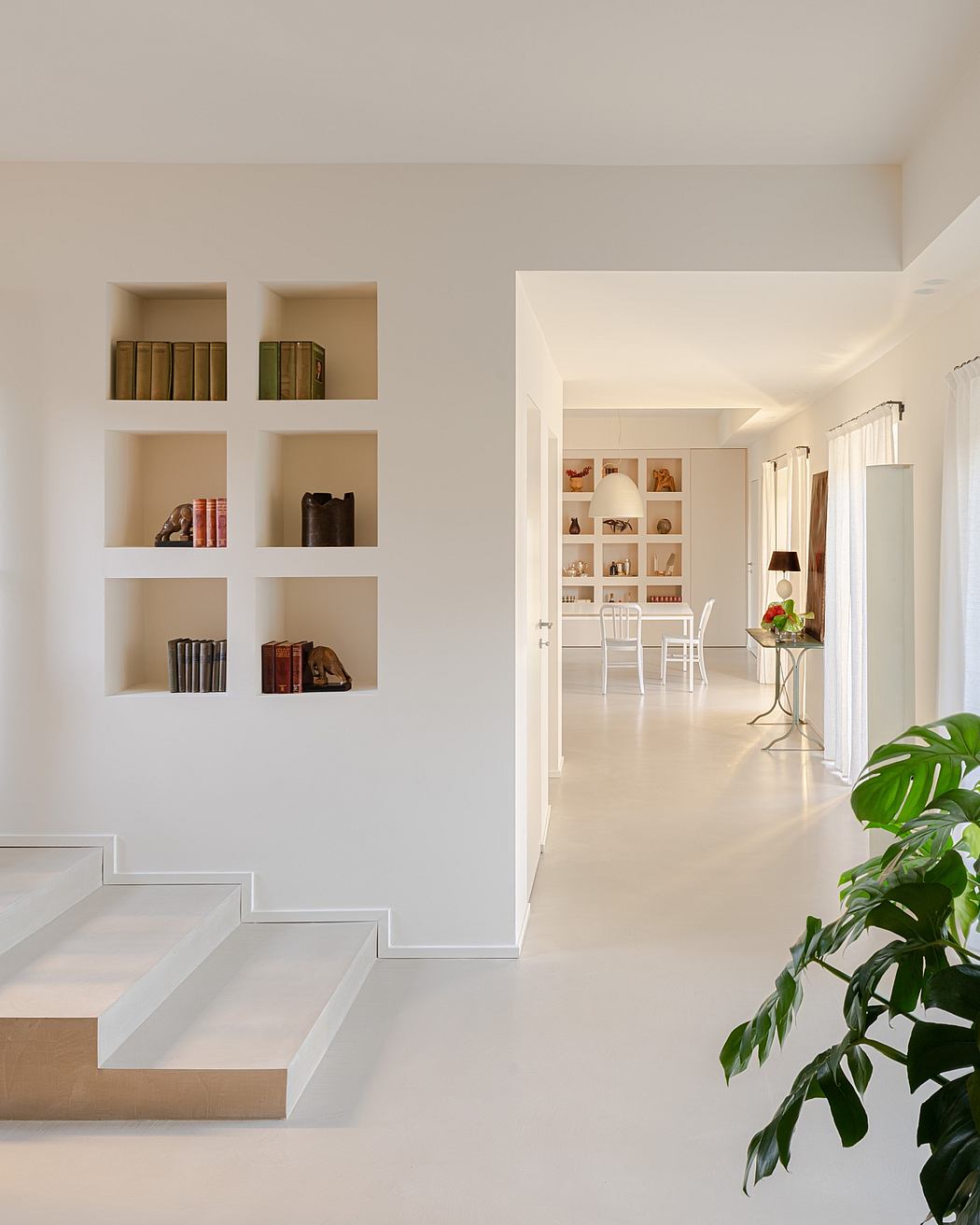 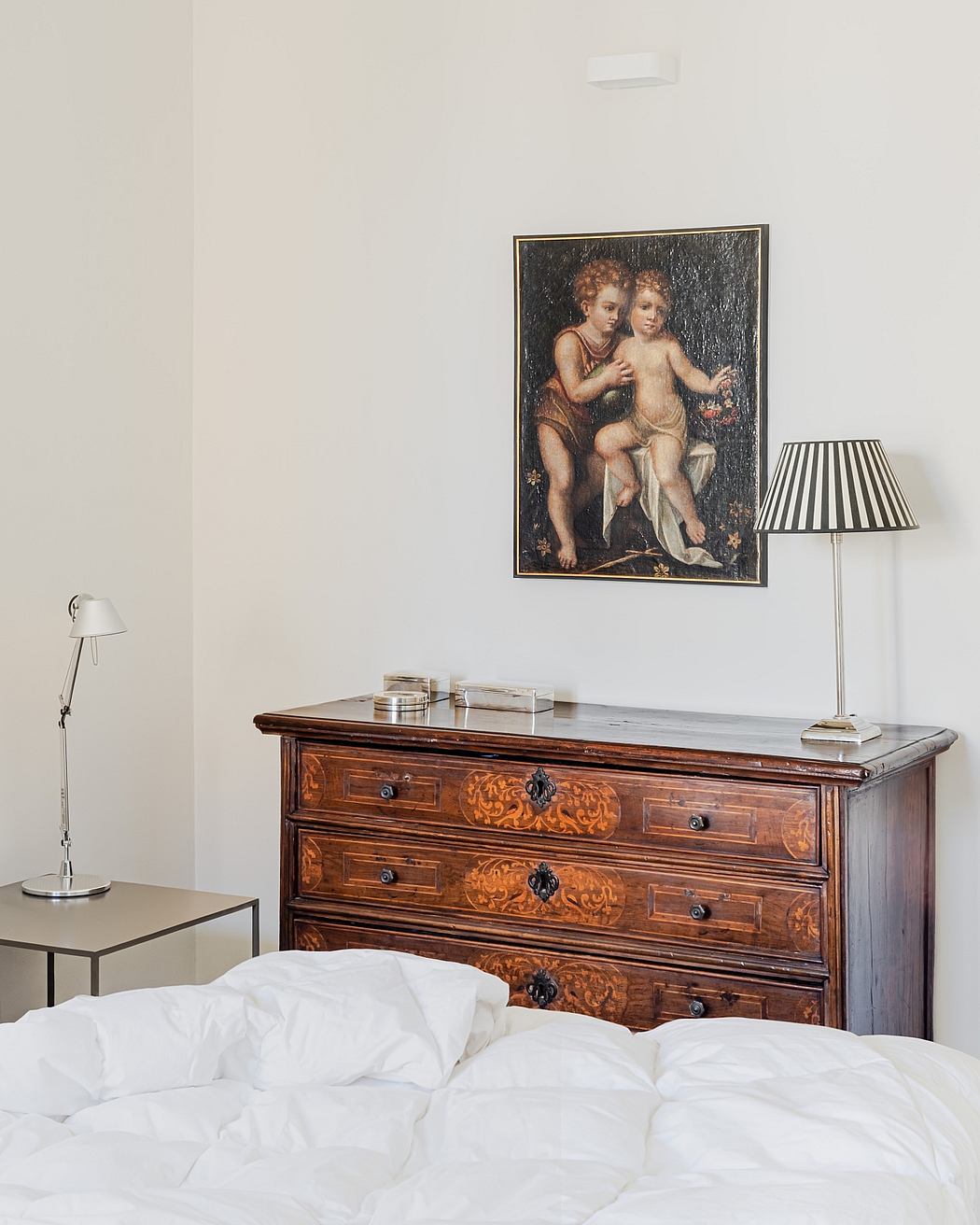 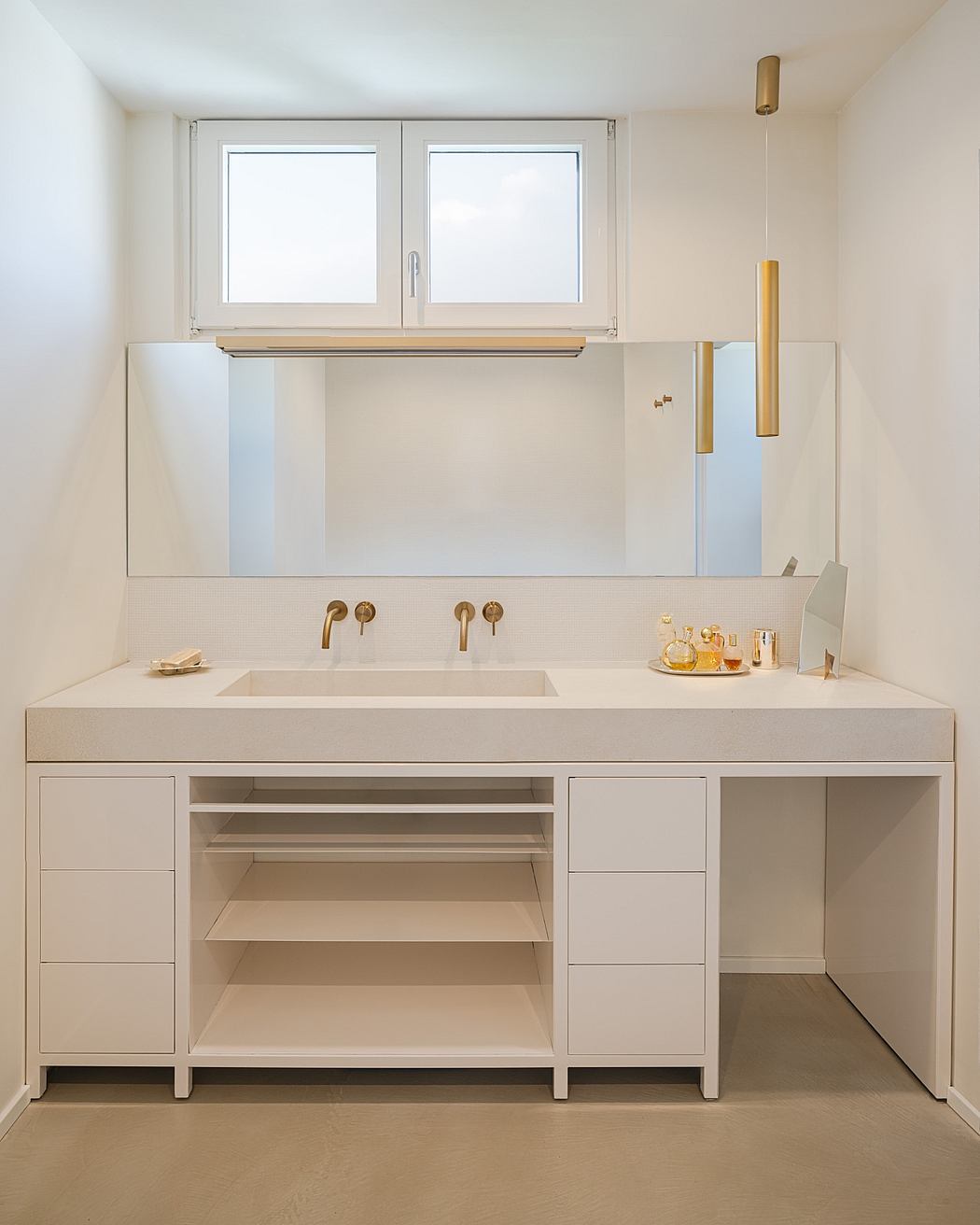 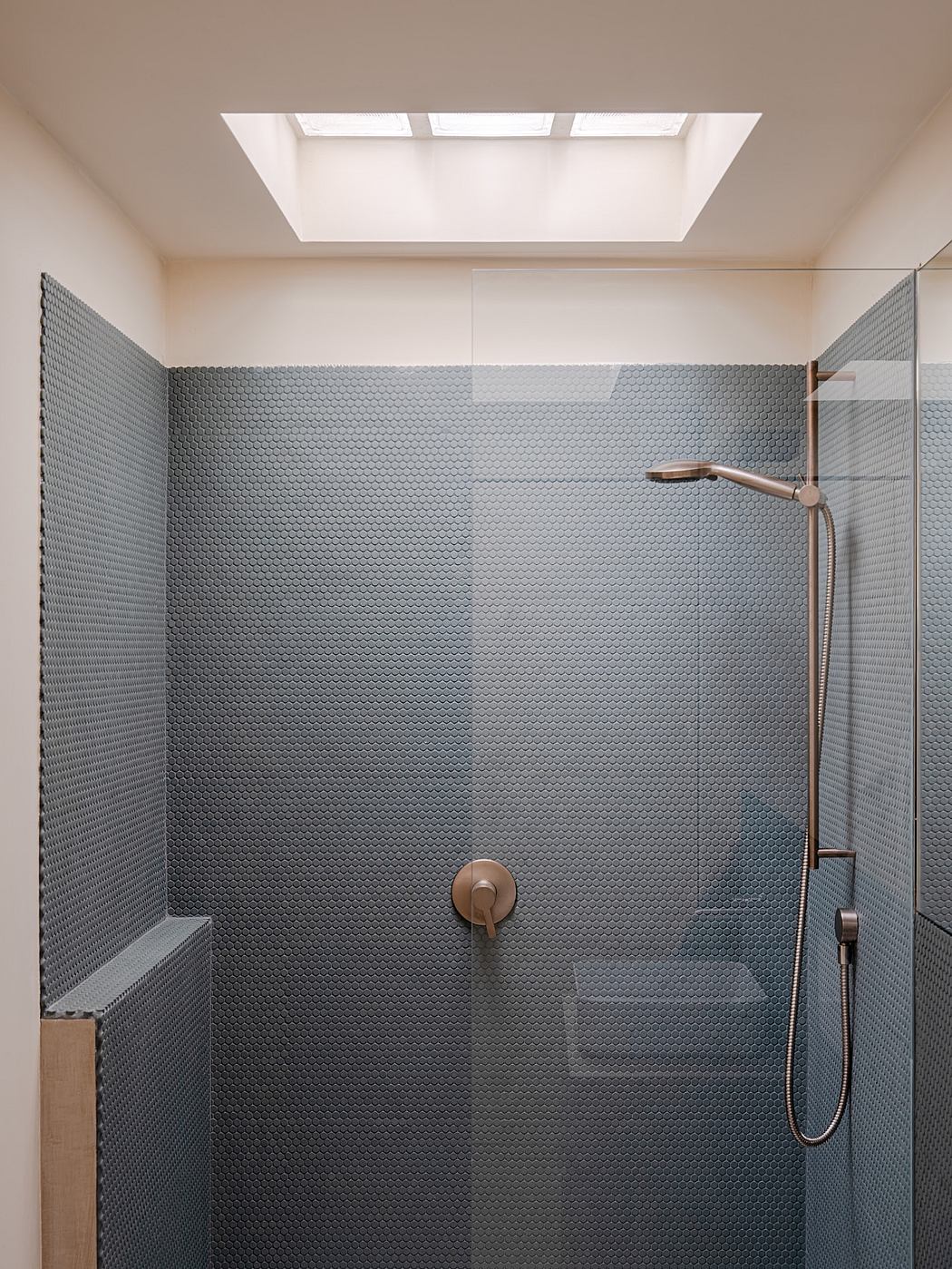 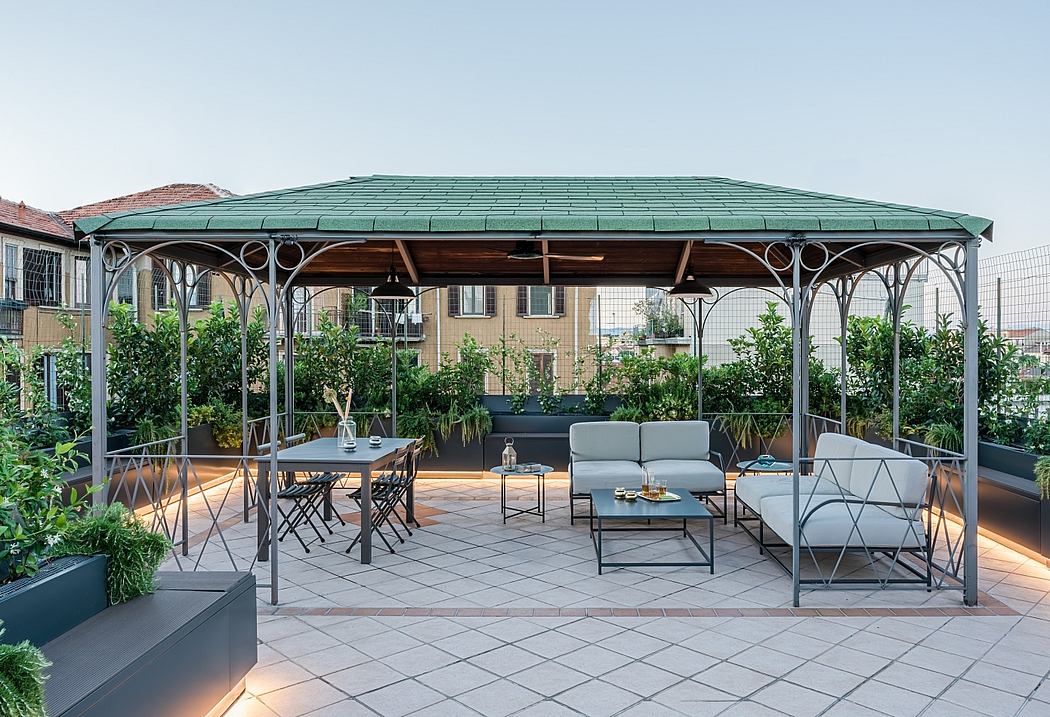 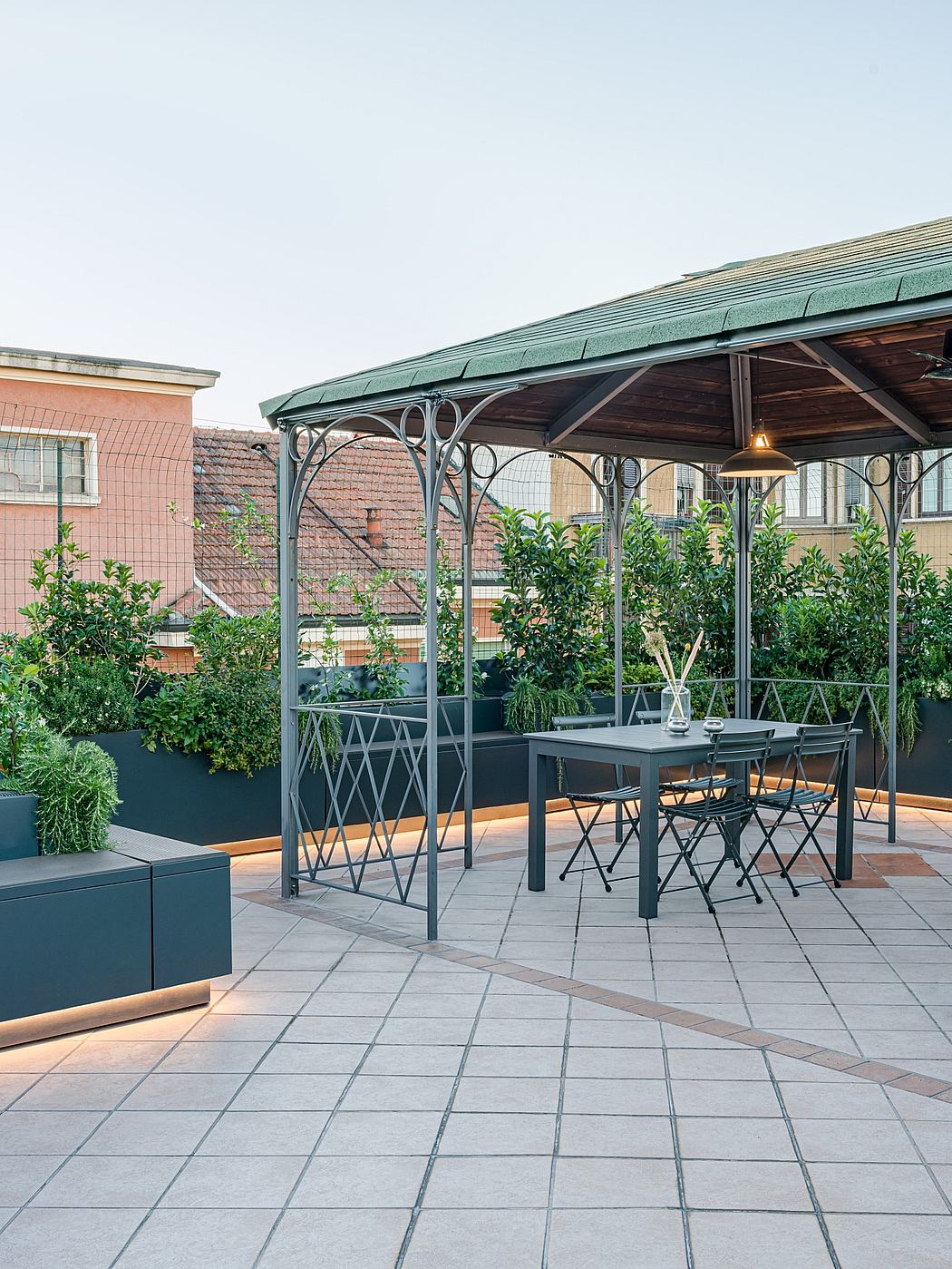 The Fata Morgana is an optical phenomenon, a form of mirage, that happens when rays of light, passing through layers of different temperature, distort objects’ appearance, making them look like floating, suspended in a fuzzy, dreamy fog.

​The concept for ca’MORGANA, stemmed from a very precise vision the owner had in mind since the beginning: a project linked to the atmosphere the spaces would infuse, more than to physical and programmatic aspects. The two floors of the flat – the lower residential level and the above terrace – were consequently approached and treated like two different layers according to the Fata Morgana effect: together they would create the illusion of a sandy, warm land, topped by a lush green oasis.

On the lower floor, to get the desired outcome, the existing linearity of the spaces was modified by the addition or subtraction of volumes, giving a new rhythm to the flat’s surfaces. Walls and floors, inside and outside the apartment, were then all coloured in light beiges: slightly different shades of a peculiar sand tone play with the light incoming from the numerous windows, creating a soft and welcoming atmosphere.

The daytime and nighttime areas, laid on the opposite sides of the flat, are connected by a long corridor, with the structure of a classical gallery, where an opaque wall, with a linear library filled with books, faces a more porose one, characterised by a series of windows, opened onto a continuous balcony that surrounds the whole apartment.

The three bedrooms are the only spaces where the original parquet flooring was kept, yet varnished in a hue similar to the cement gently invading the rest of the flat; the three bathrooms are differentiated by the colours of the micro tiles covering the walls.

The whole apartment is a tribute to a peculiar kind of chic minimalism, typical of the 90s: the simplicity and lack of decoration creates a classy atmosphere, enhanced by the presence of few but very special contrasting pieces, both modern and from past ages or far places – such as bold lighting elements, the collection of antique paintings, pieces of furniture and other objects.