EM Apartment is a beautiful triplex located in , Portugal, redesigned in 2021 by Nuno Nascimento. 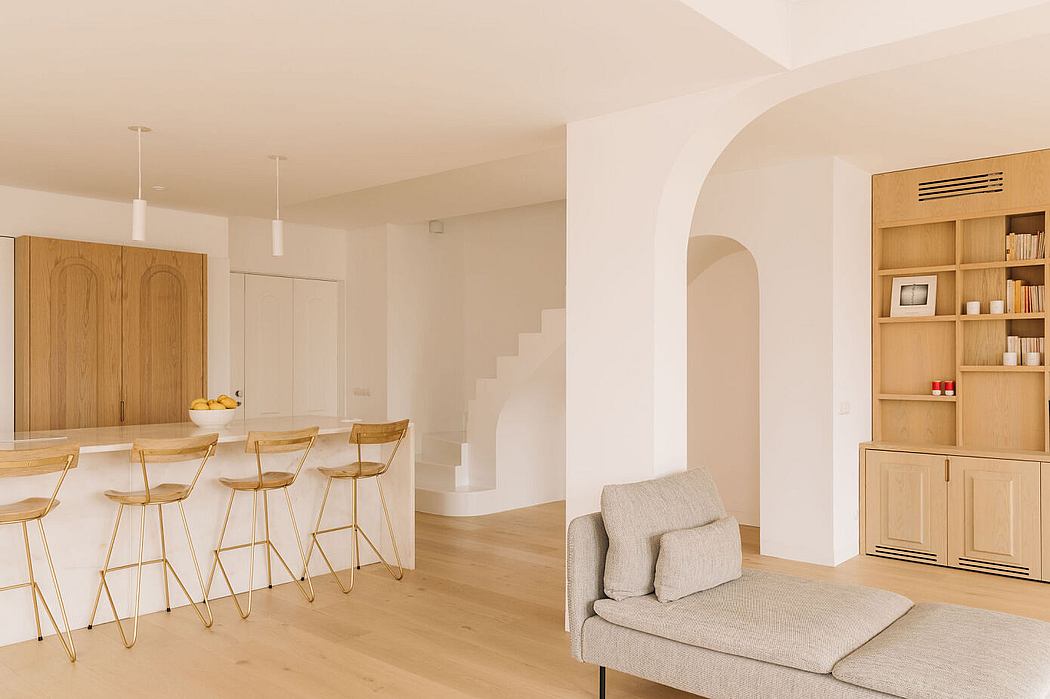 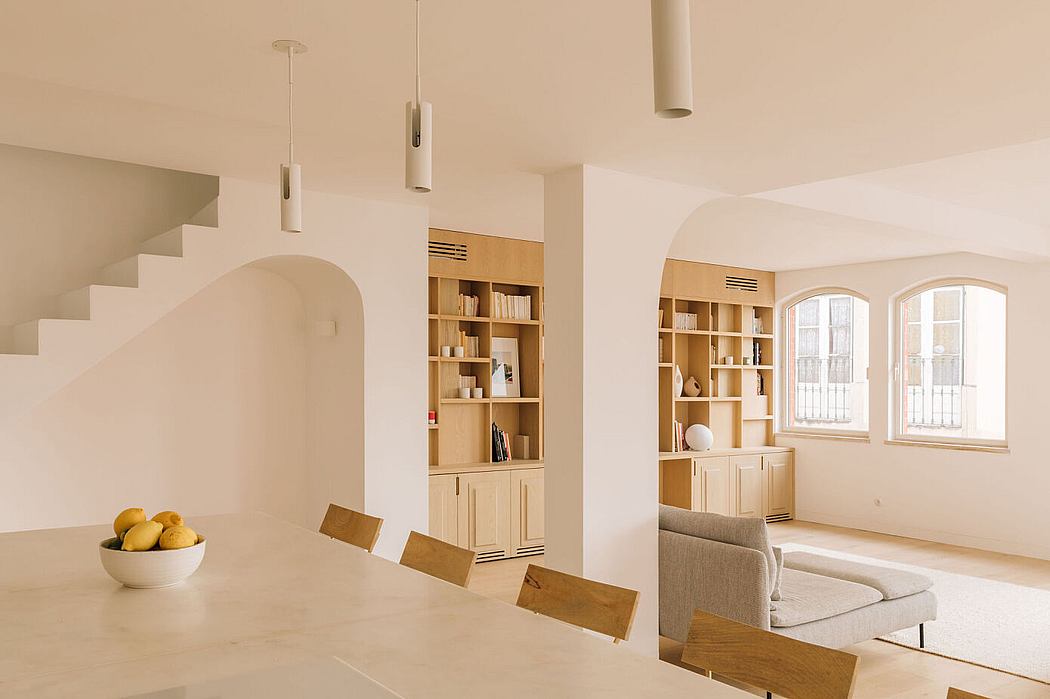 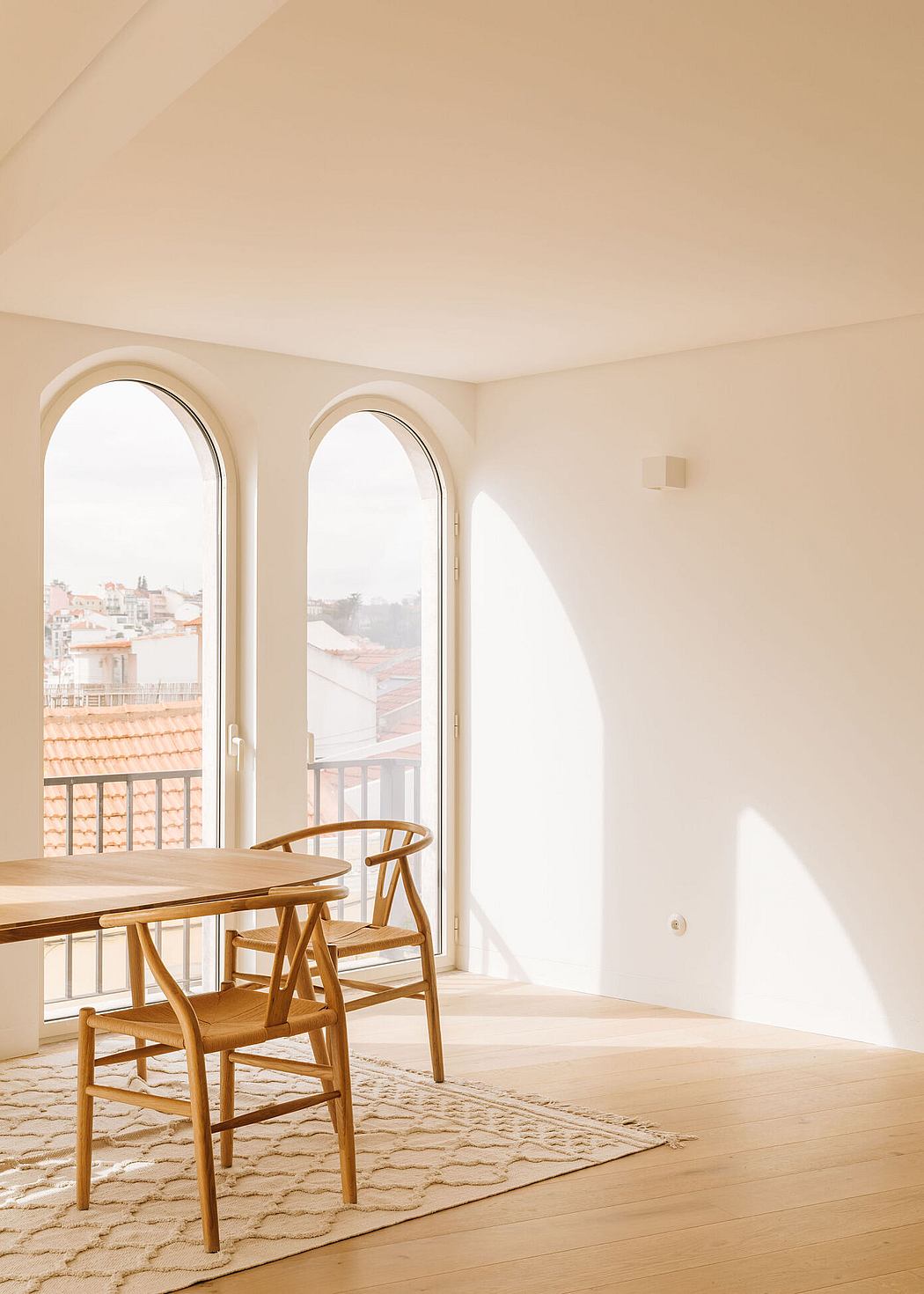 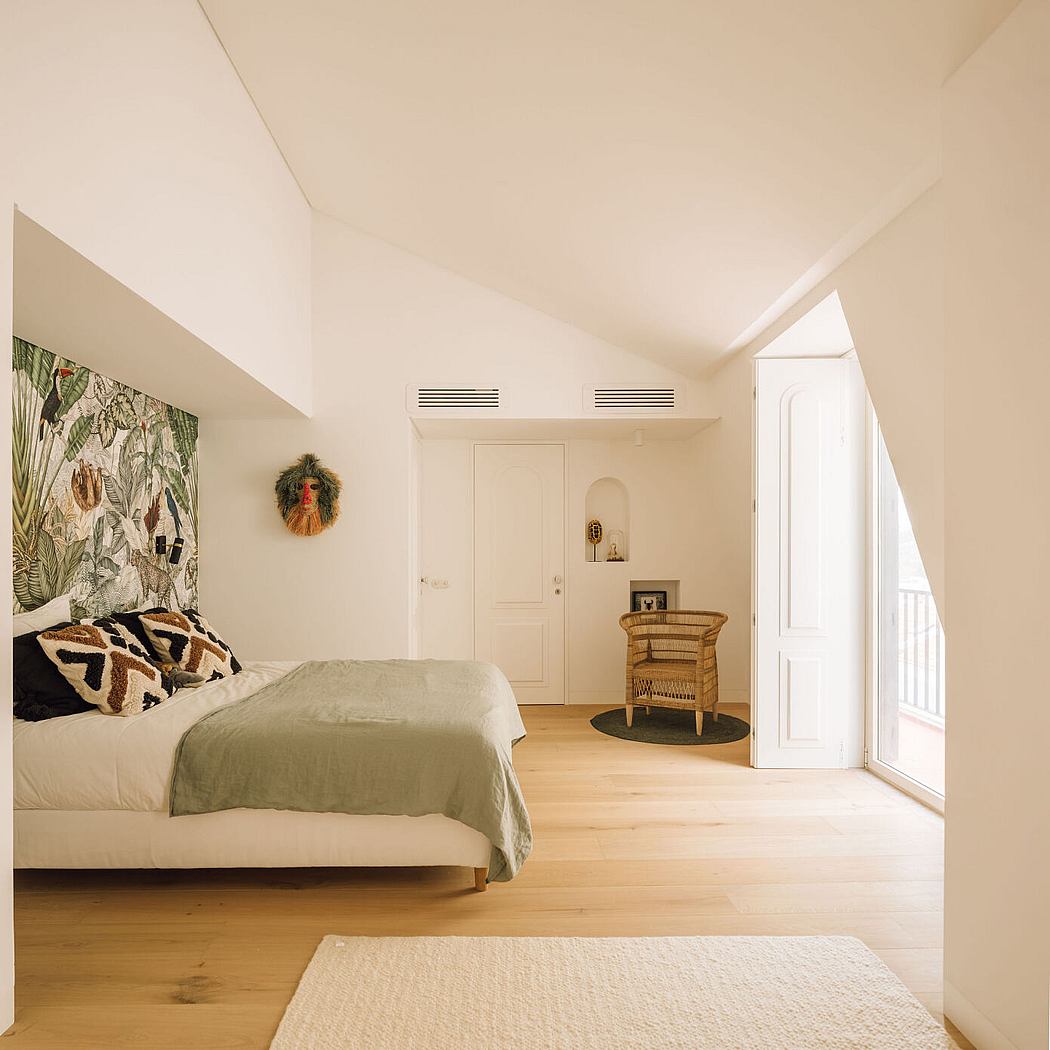 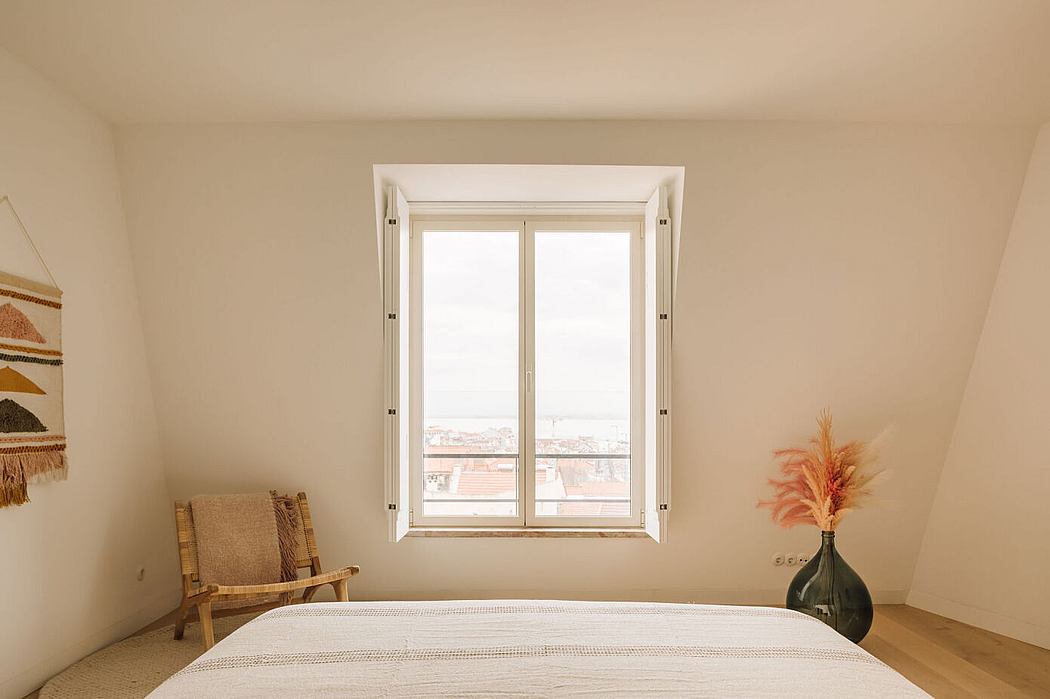 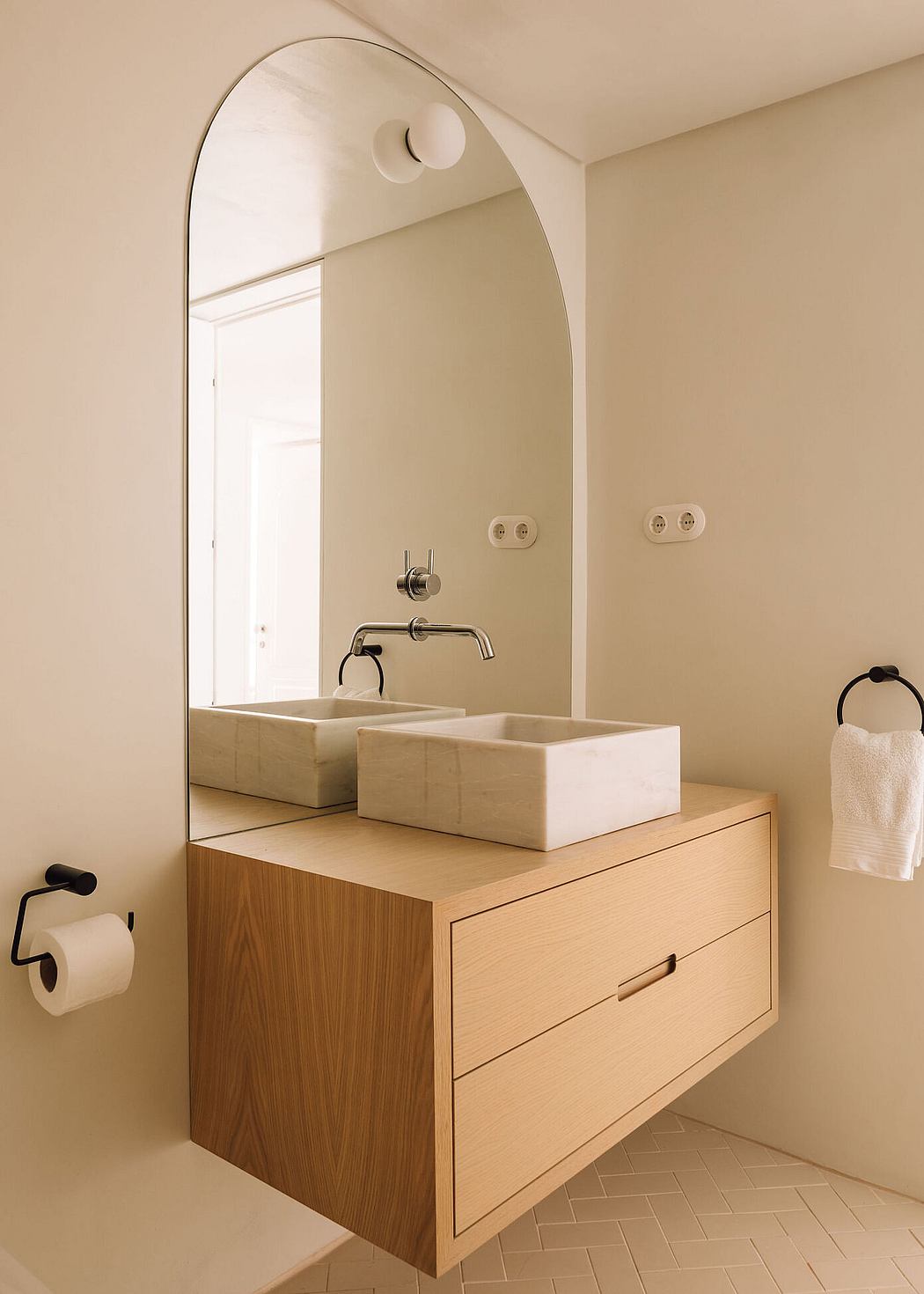 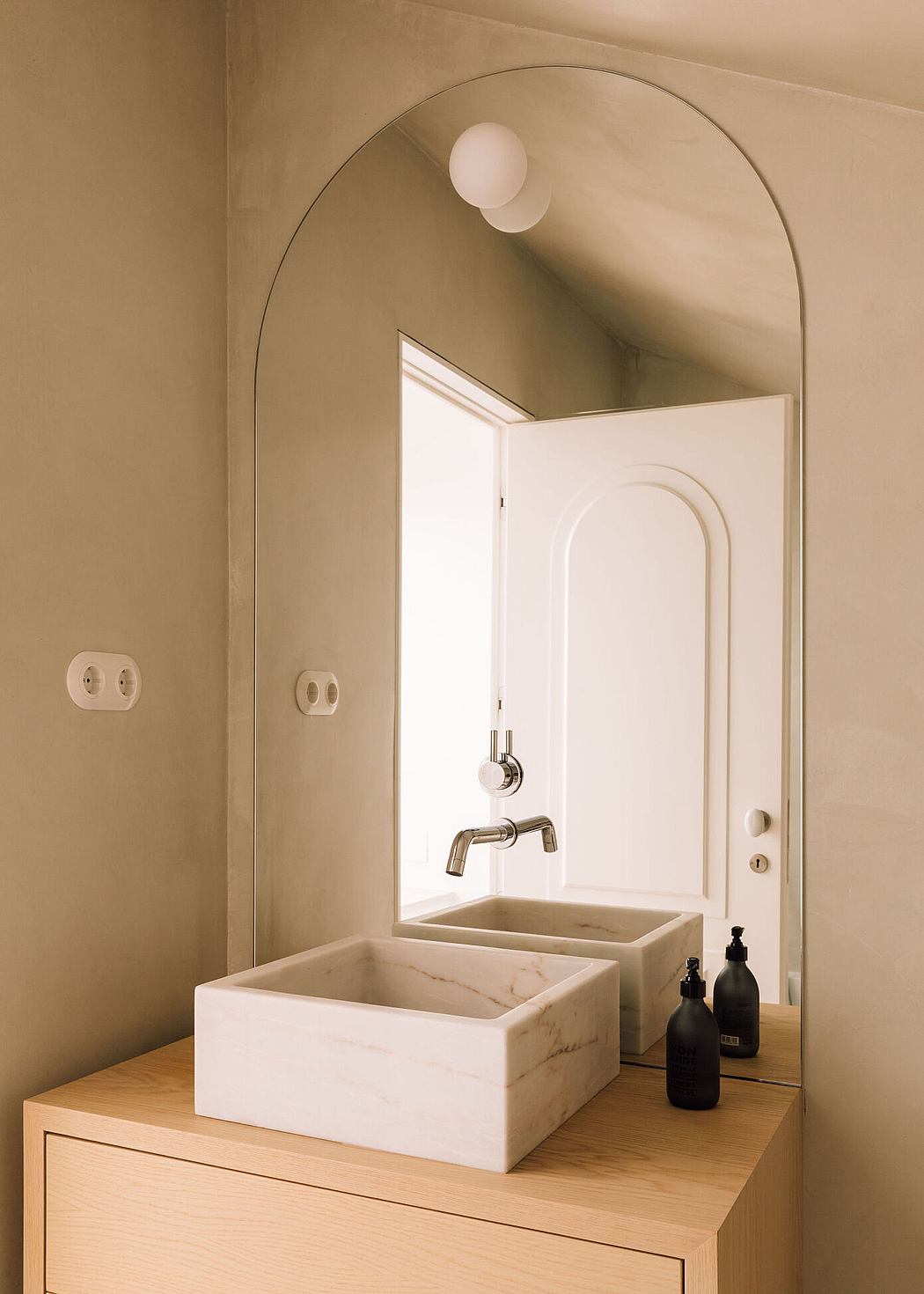 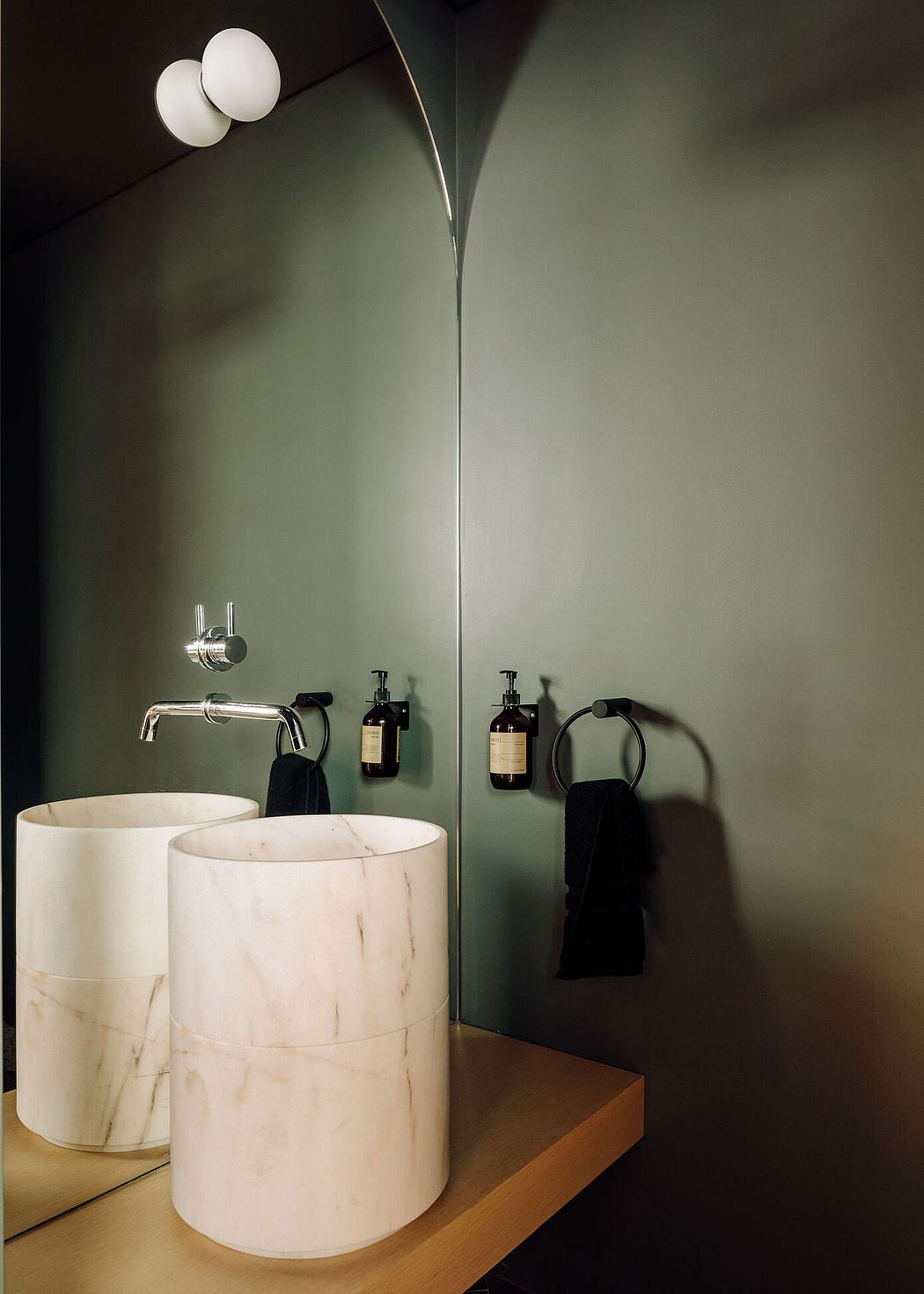 EM is a triplex hidden in the narrow streets of Lisbon.

With an existing intricate interior layout and structure, the aim of the project was to define the spaces properly, connecting them to the views of the city.

The first level is occupied with the common areas – living and dining room with an open kitchen – and the second and third floors are occupied with the private rooms, with the being of the last floor, opening to the view of the downtown of Lisbon.

While the structure of the apartment was hidden in the existing stairs and false ceiling, it would never be possible to guess these were all misaligned.

It was from this problem that the concept of the aesthetics of the renovation was born.

While dividing the spaces on the living and dining room there was an opportunity to connect a column and a beam with an arc – relating these elements with the existing window openings on the facade. The arc became the main character of the room and spread through the whole apartment.

The stairs began to curve, the carpentries were ornamented as an allusion to the past and the mirrors had no corners anymore.