Edw Feng Shui House is a contemporary located in Bandung, Indonesia, designed in 2019 by RDMA. 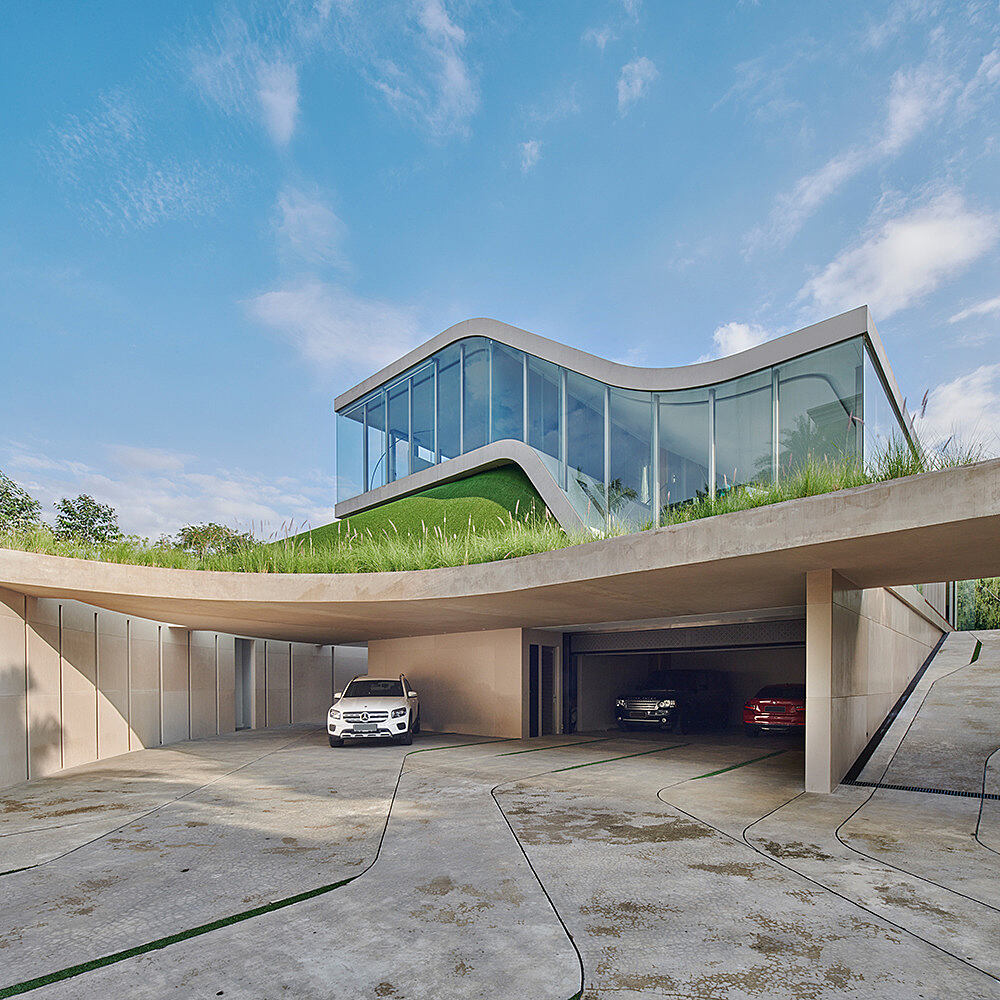 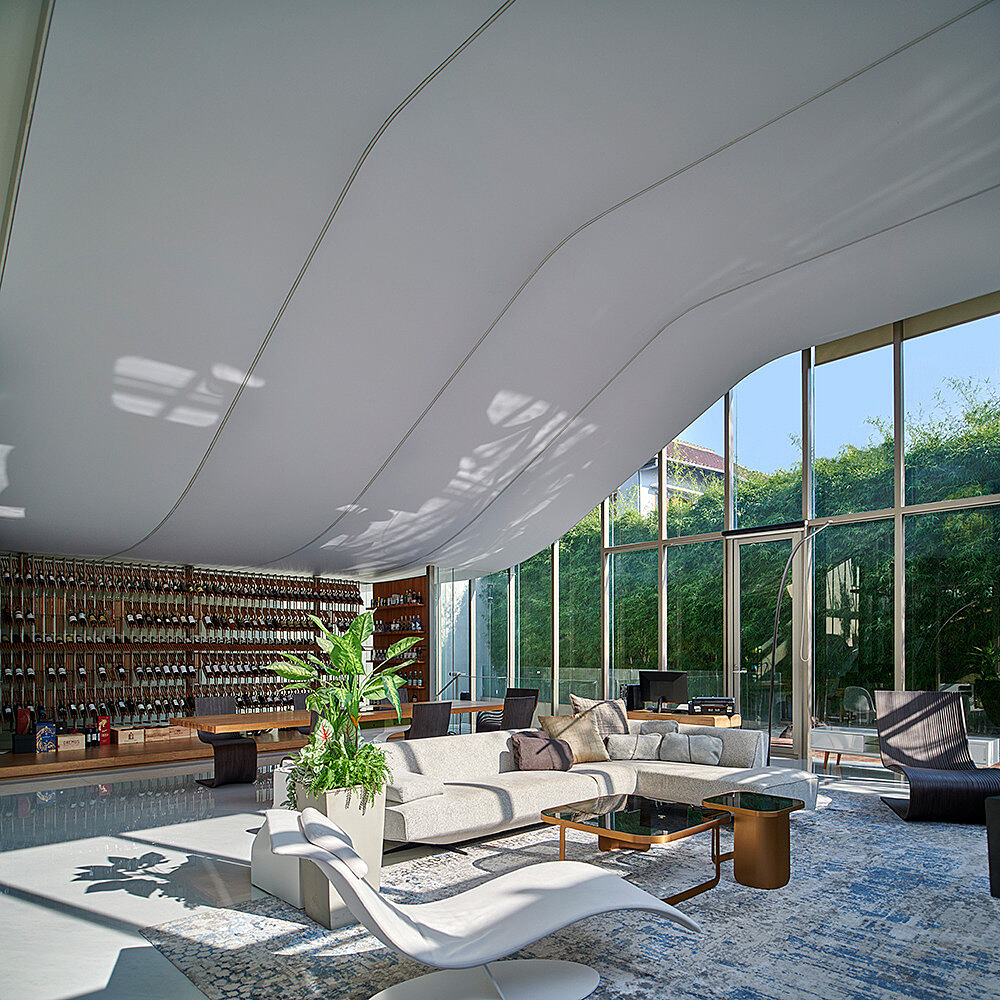 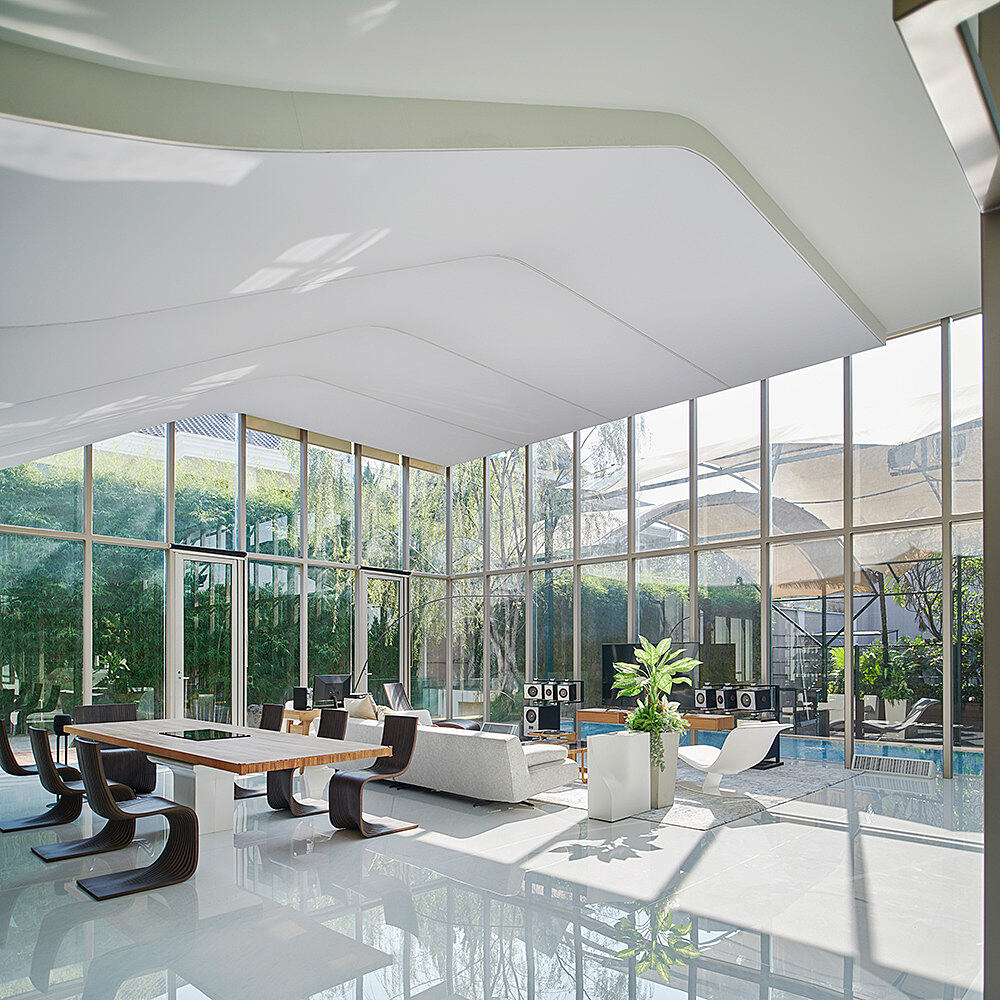 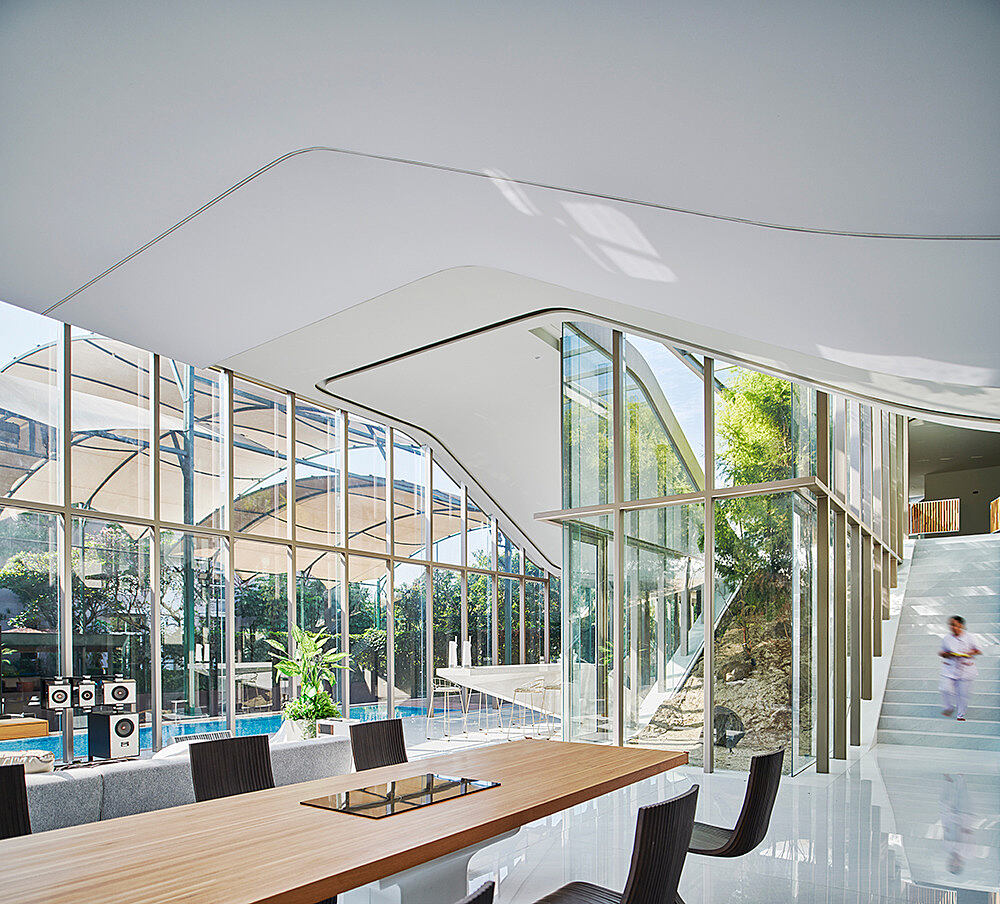 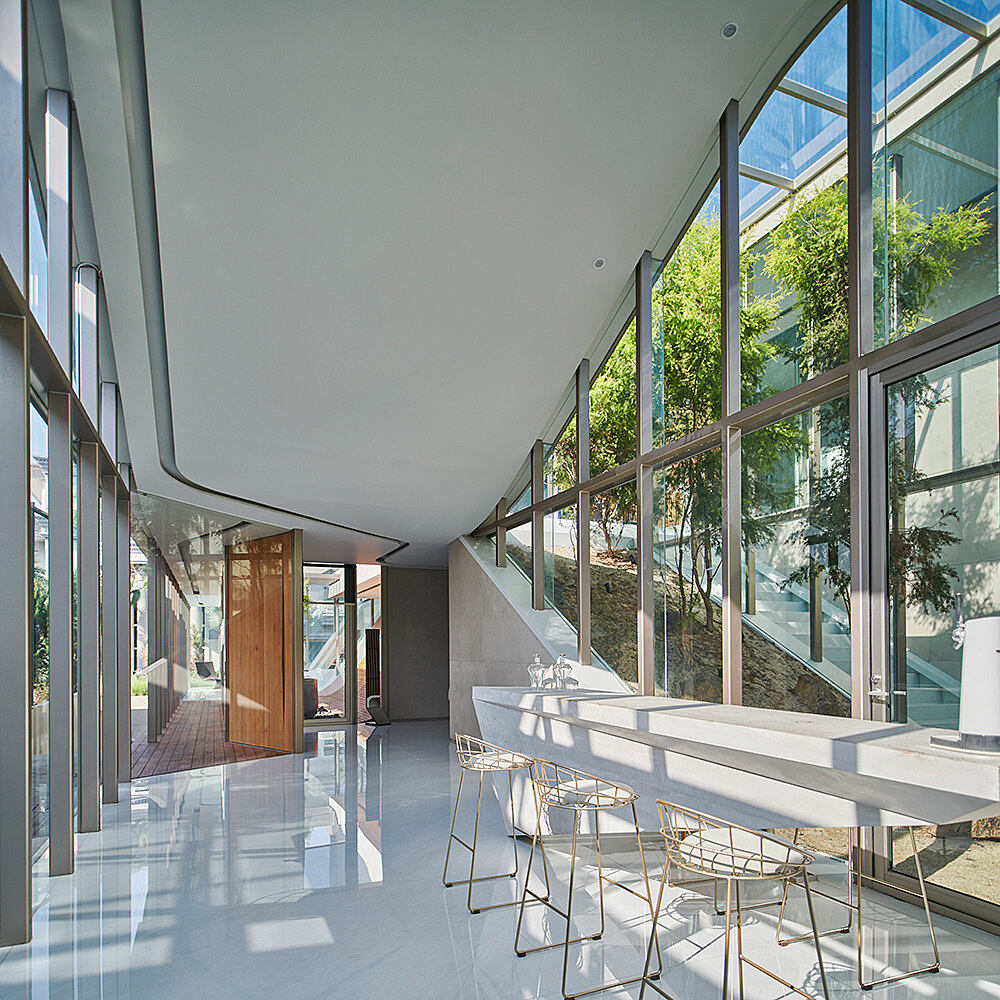 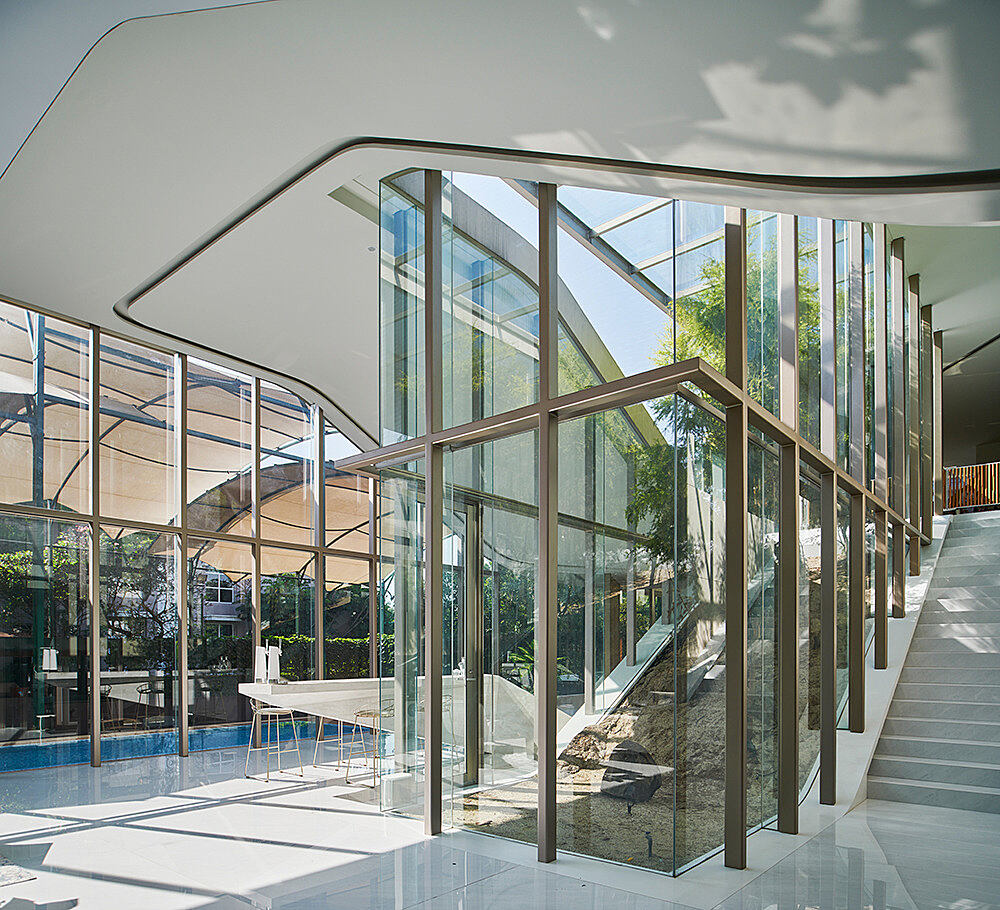 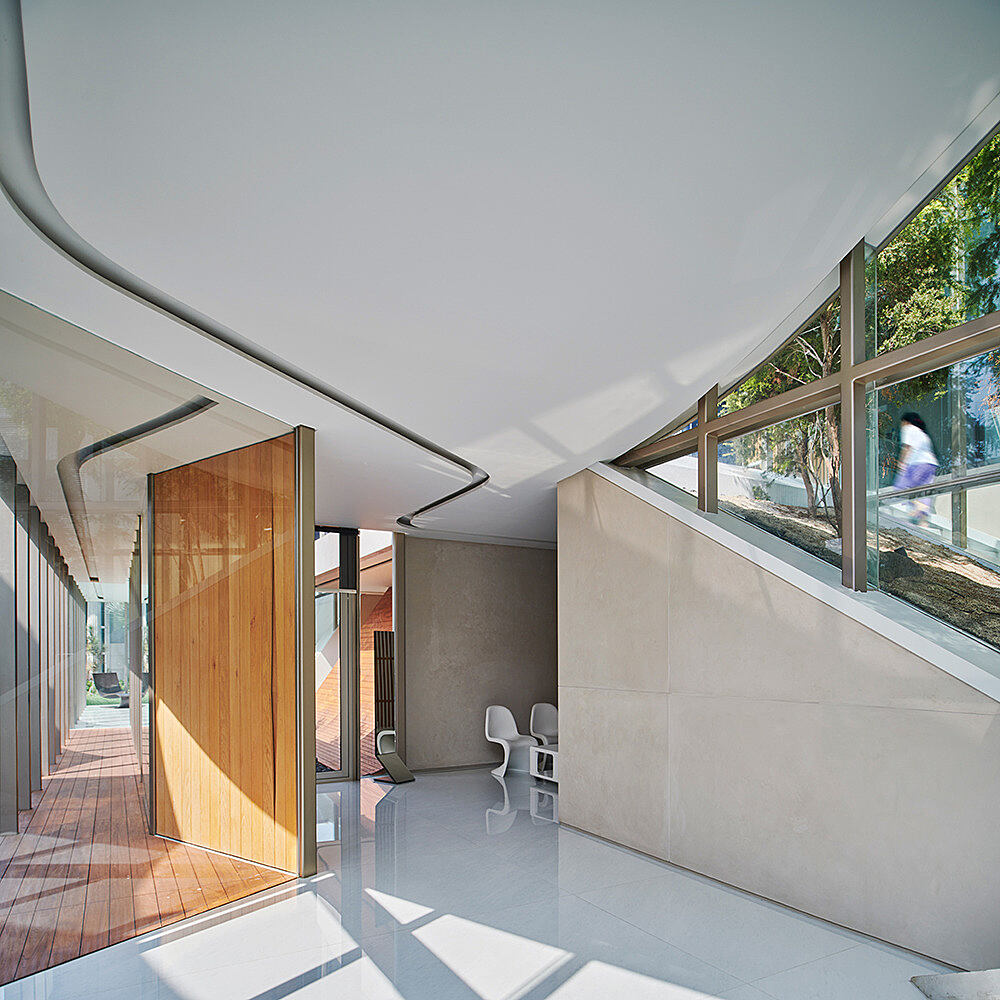 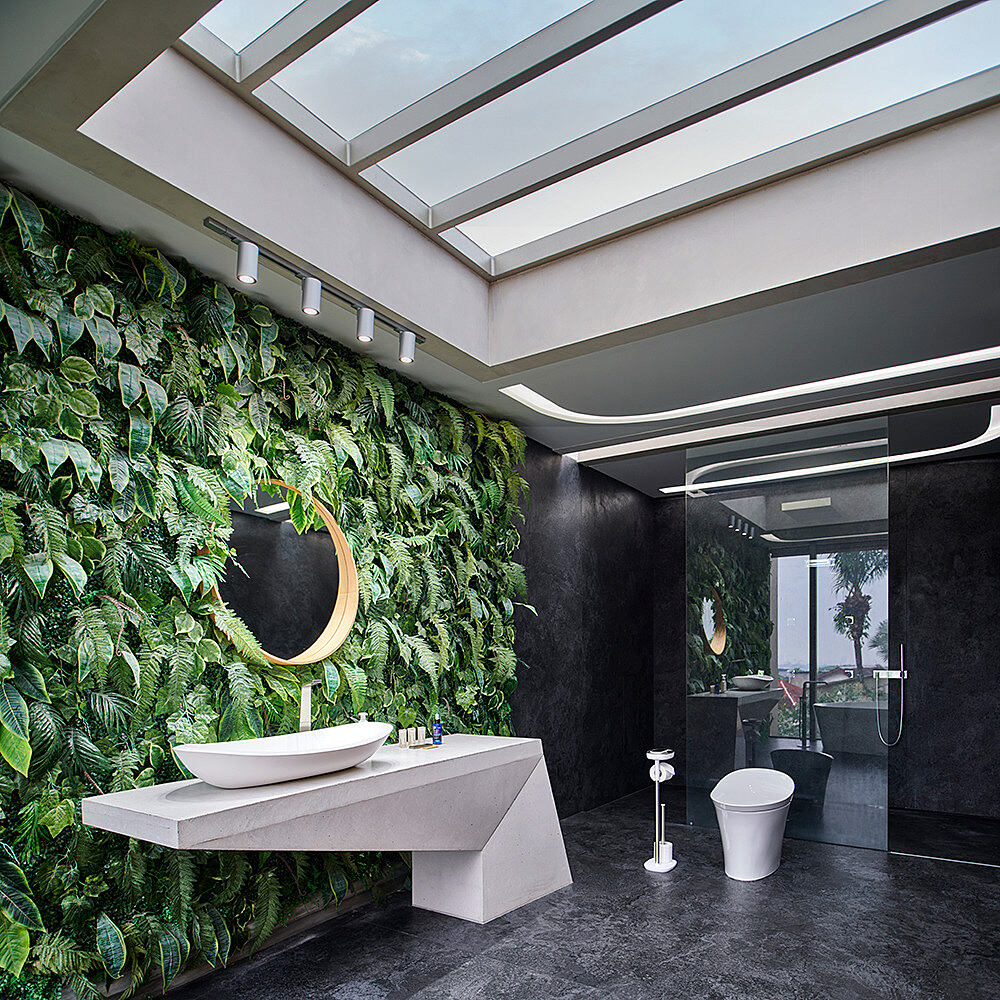 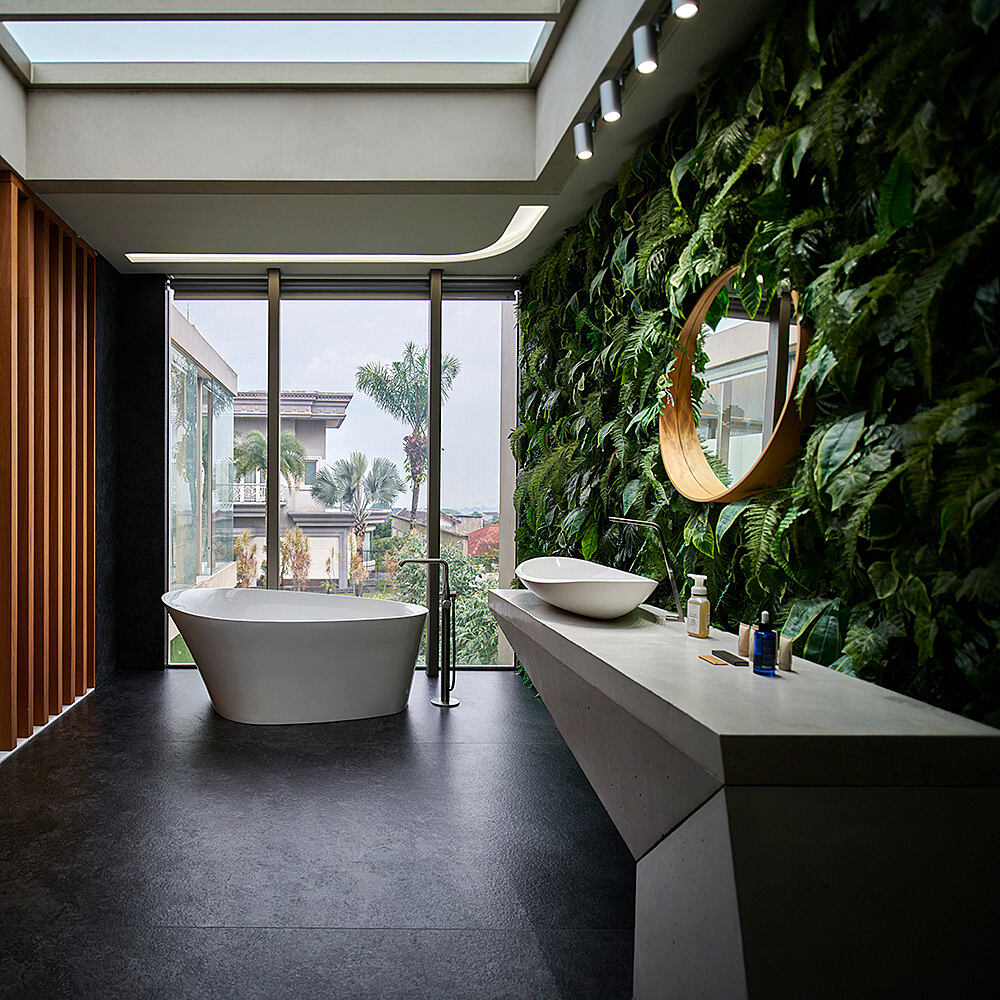 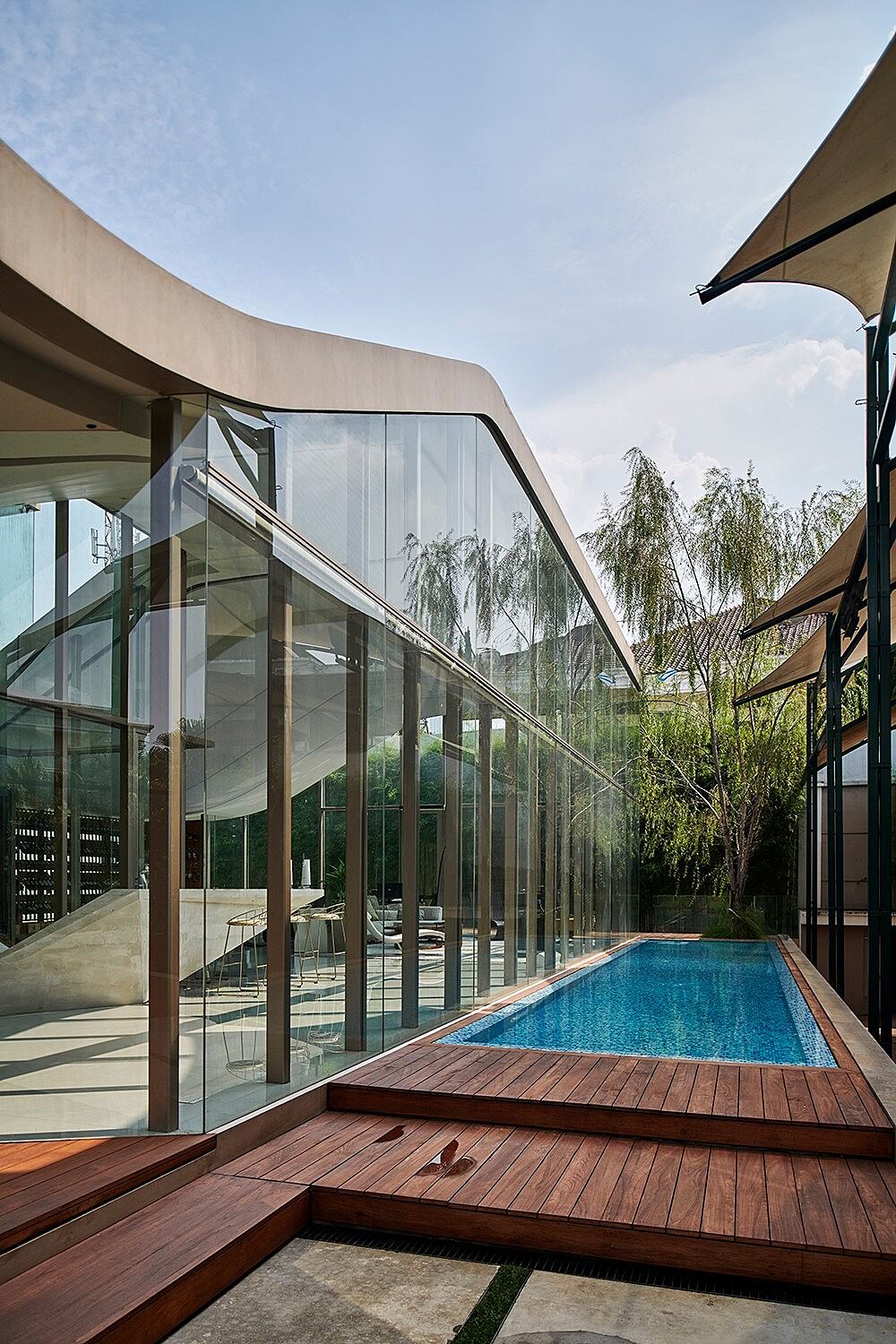 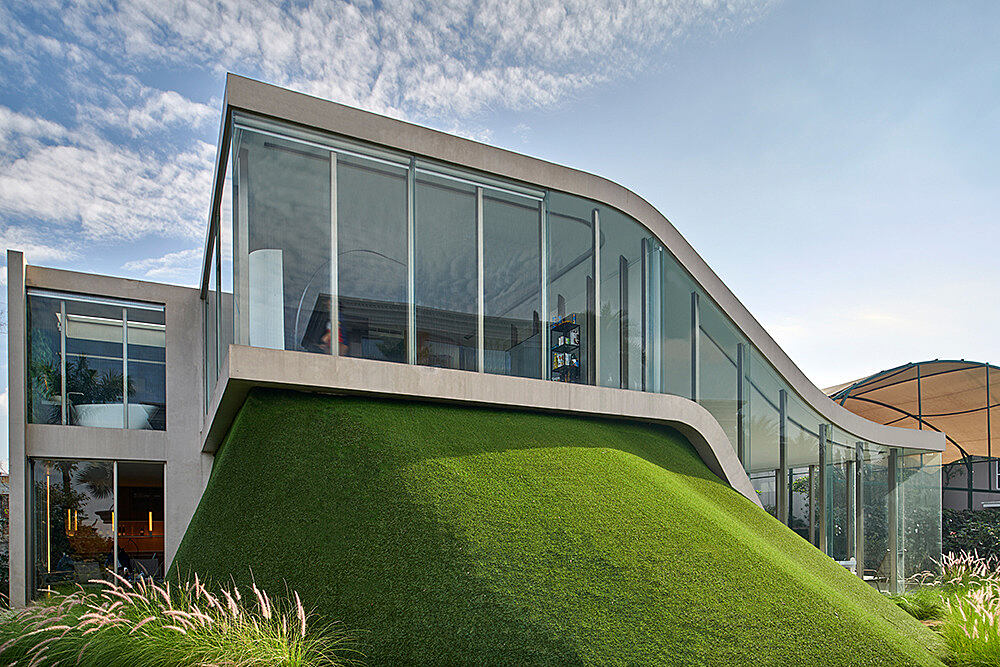 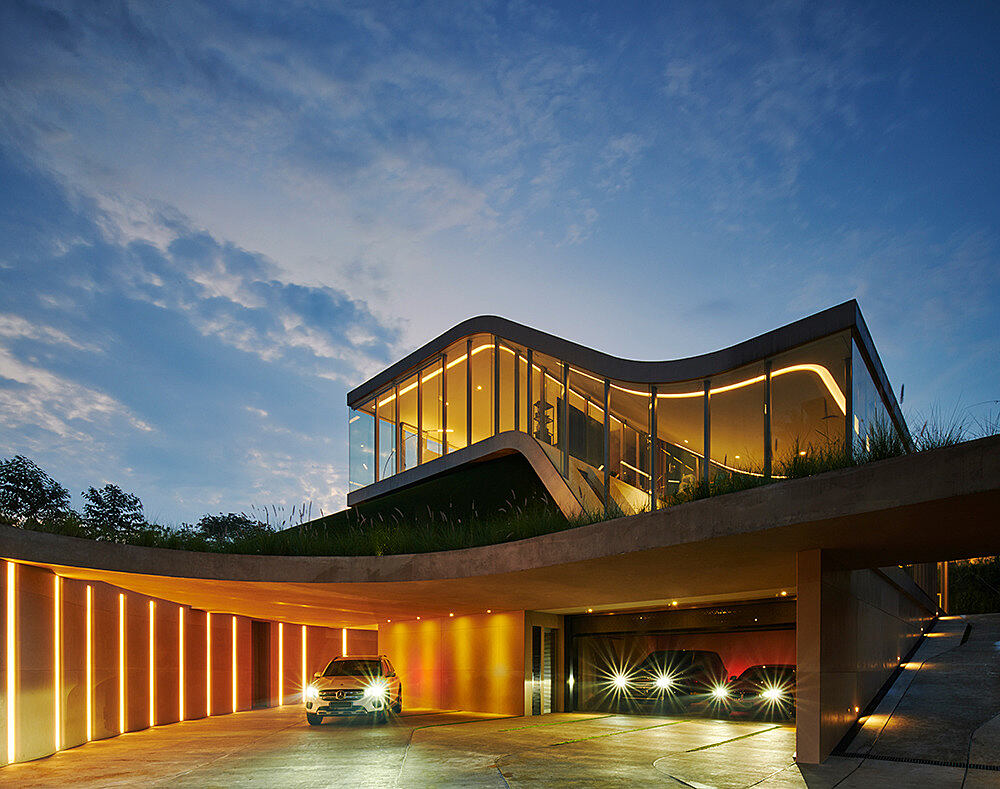 With a futuristic design jutting out of a rooftop garden, this three-story, three-bedroom house in Bandung City, Indonesia is a project like no other.

The client wished for a one-of-a-kind, sleek and modern looking house while being faithful to the ancient Chinese traditional geomancy practice of Feng Shui.

It was due to the ancient wisdom that before the design process began, the site was divided into nine equal sections, representing the eight cardinal points and their center.

After careful observation of the site, it was later determined that based on the Feng Shui system, four of the nine sections were more auspicious than others and therefore suitable as living spaces. To increase the auspiciousness even further, these four sections of the house needed to be raised.

This serves as the basis for the design and layout of the house. The bedrooms and spaces where the family would spend much of their time in are placed on these four auspicious sections. These sections are then connected to the rest of the house using stairs, hallways and ramps.

However, the Feng Shui system also dictates that the four auspicious sections are connected to the surface of the earth, which is why grass covered earth mounds which extend two floors below the main bedroom were added to the property, even though they added nothing to the integrity of the structure.

Also as the result of the Feng Shui principle, the gently curved sloping roofs are generated to emphasize the hierarchy of the four sections, giving the building its unique look and accentuate the play of elevation between the four main areas.

To open up the interior, steel columns are used on the outer walls of the building which eliminates the need for load bearing structures indoors. The futuristic theme extends all the way inside, from the use of light strips and translucent ceilings to illuminate certain rooms, the presence of custom-made, cantilever shaped kitchen island and bathroom vanities to the way the air conditioning system is run underneath the floors instead of the ceiling and other captivating details.