Discover the Mława House, the modern concrete and located in Mława, Poland.

James&Mau Arquitectura designed this beautiful single-story house in 2021, taking advantage of the local construction techniques while maximizing the available space. They also cleverly designed two towers to both east and west ends of the south façade, giving an urban scale to the house and allowing them to collect more light and sun. Explore this stunning design, perfect for the small town of Mława and its surroundings. 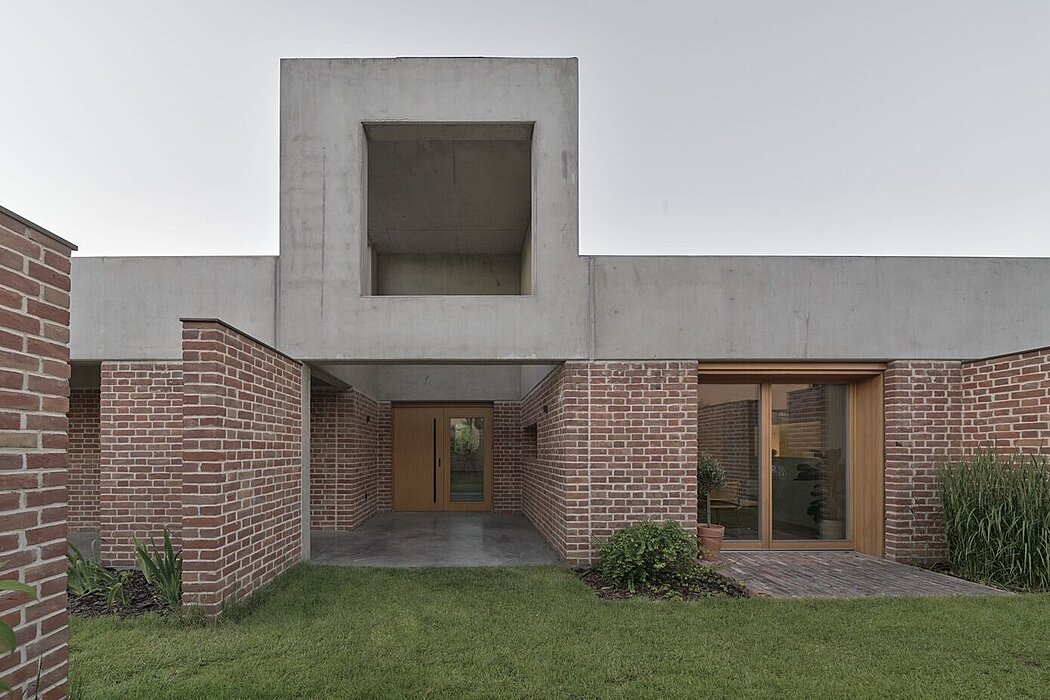 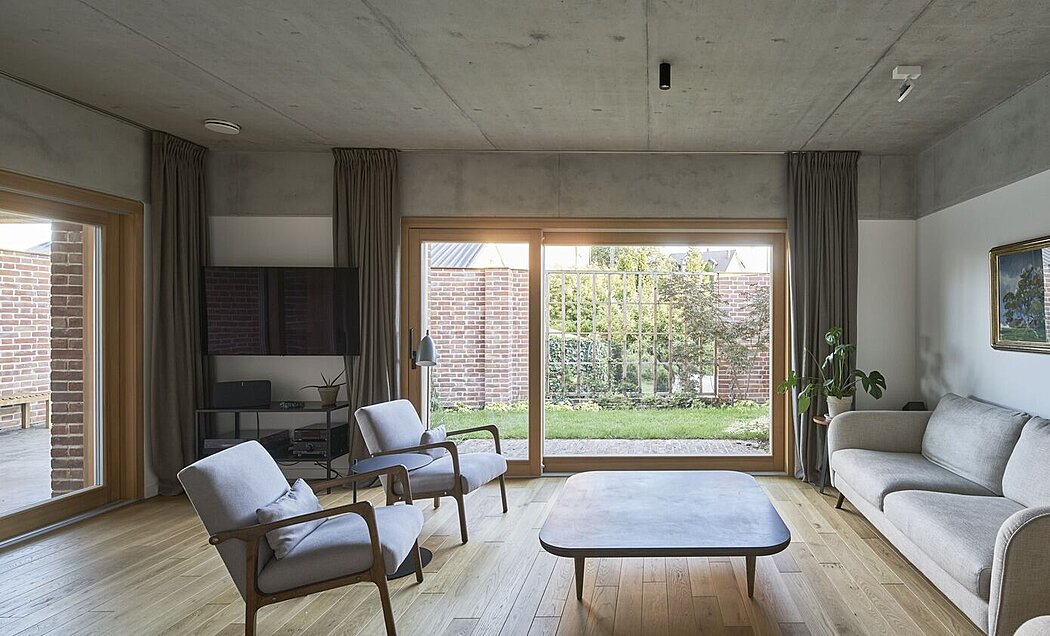 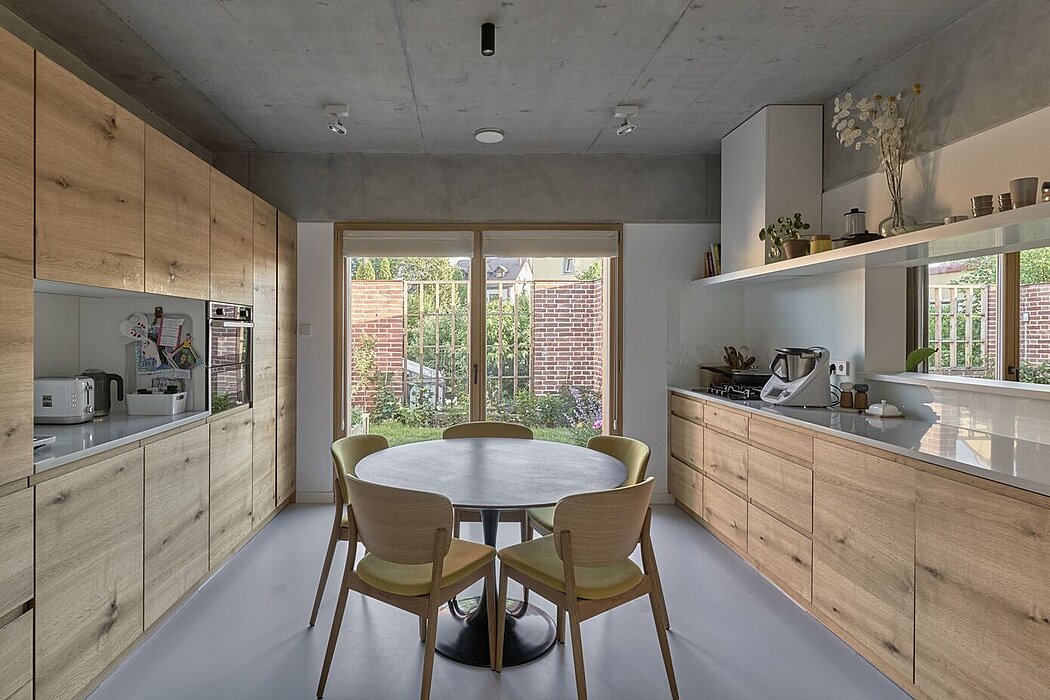 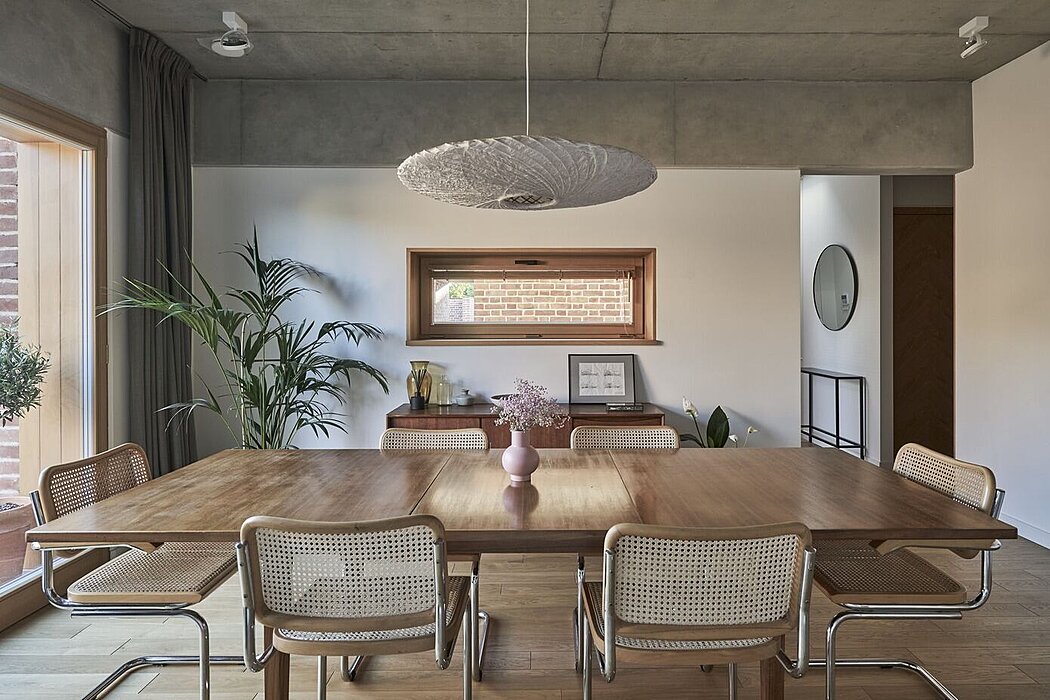 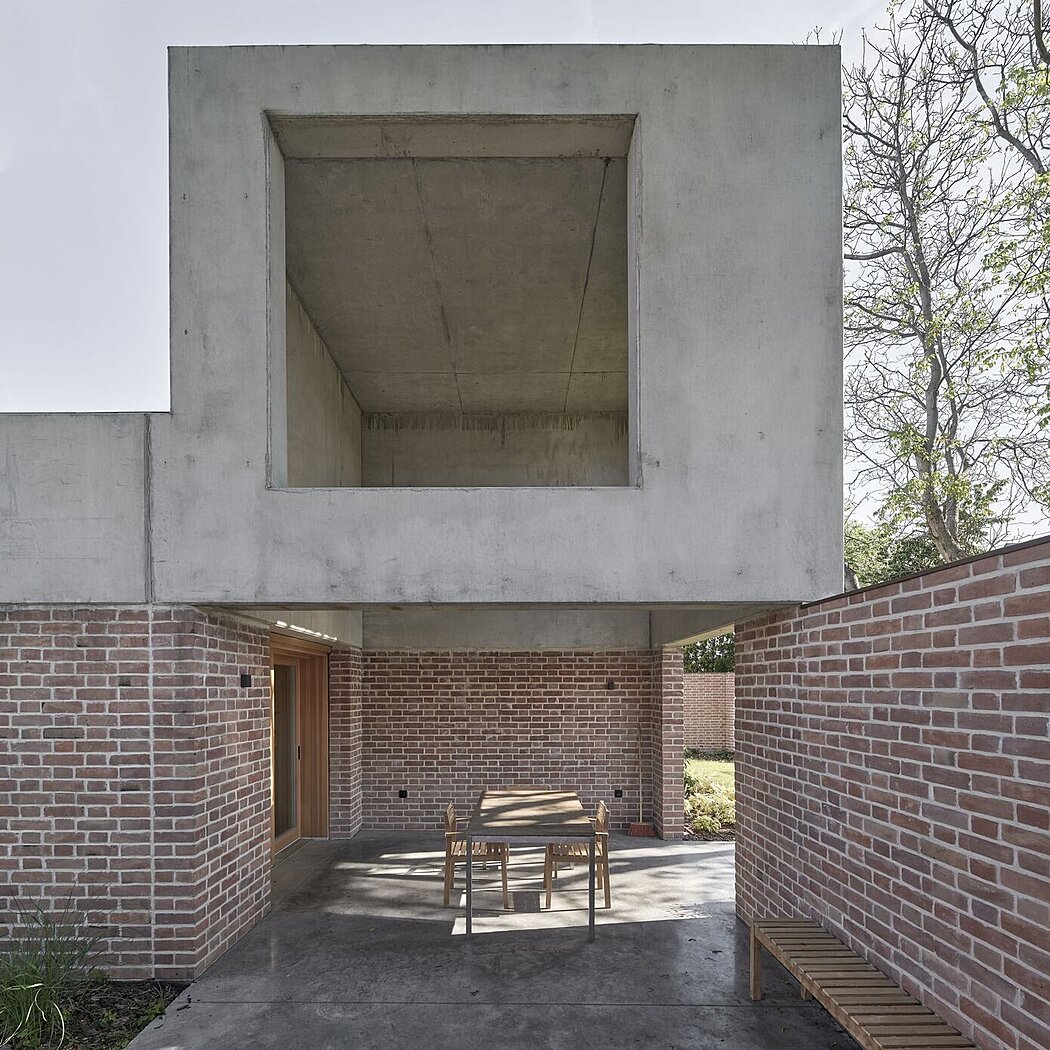 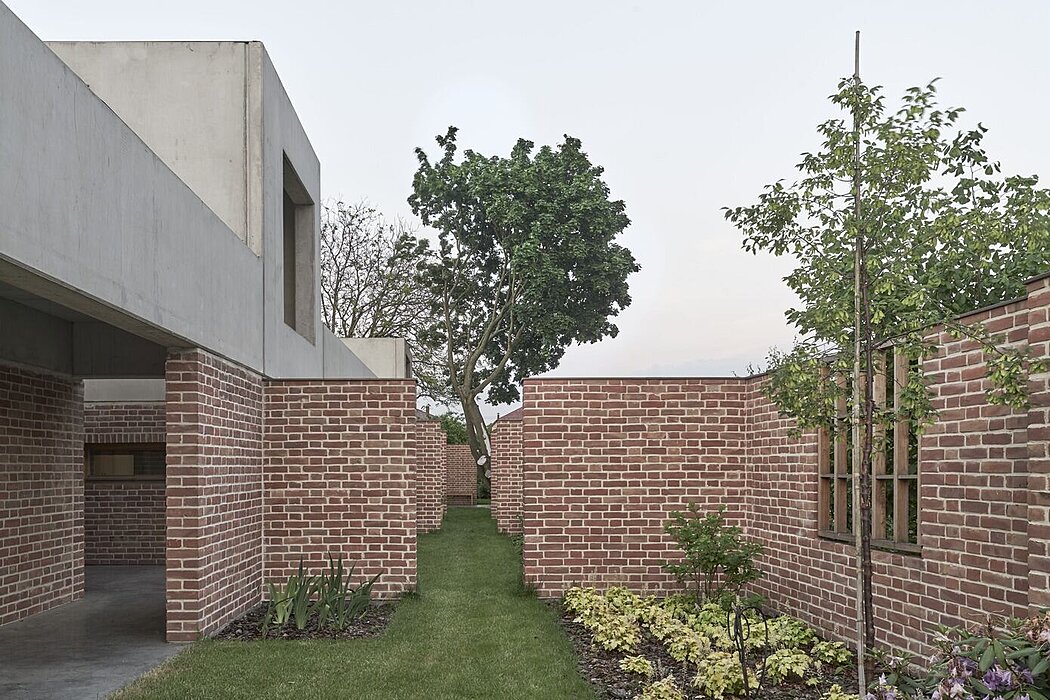 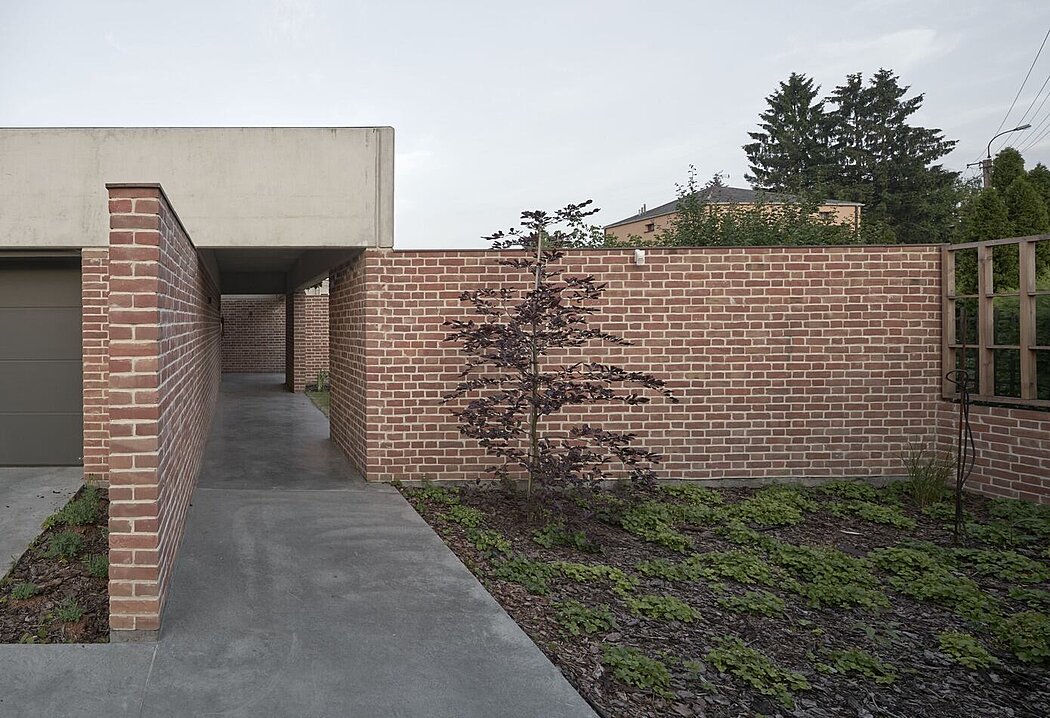 The plot, flat (1,076 sq yd), is located close to the centre of the small town of Mława in an established area of single-family houses. Although one of the largest plots in the area, it does not exceed 1,000m2 (10,764 sq ft). This is why the surrounding houses tend to be two-storey. The owners, however, chose to build a one-storey house for budgetary and construction ease, as well as to avoid their small children having to climb up and down stairs. Local construction techniques, mainly brick and concrete, were also used.

The dwelling was placed to the west near the entrance in order to free up as much of the existing garden to the east as possible, which remained intact and relatively square in size. The space between the house and the perimeter of the land had a width of 4m (13ft 1in) defined by setback regulations, which meant that instead of a garden, there was an unfortunate a priori green corridor.

To resolve this issue, the brick walls of the perimeter of the plot, which by law can only reach a height of 2.2m (7ft 3in), turned inward to divide the green, long corridors into a succession of small garden-patios. In addition, these walls wrapped around the facade of the house in brick, even penetrating into the interior of the house, becoming thermo-clay load-bearing walls. The latter supported the concrete shell that took the overall height of the house up to 3.3m (10ft 10in).

This set of interior and exterior walls created a direct relationship between the interior spaces and the garden-patios, with each complementing the other through a variety of uses. For example, the kitchen had a terrace for barbecuing, the children’s bedroom was extended by a terrace for outdoor playing, etc….

Two towers, located at the east and west ends of the south facade, deserve special mention. They gave an urban scale to the house while making the transition from the larger outside space to the inner rooms. They reached a height of 5.5m (18ft 1in) and had large holes to collect more light and sun. These spaces were intended to be glazed in order to become winter gardens as well as summer terraces, acting as thermal buffers, pre-climatizing the clean air before it entered the interior and reducing energy consumption. This enabled a double passive ventilation – in winter, with naturally preheated air, and in summer, with cooled air.

The interior layout was determined by the maximum available width of 9m (29ft 6in) with large facades available both to the north and south. The bedrooms, which require less light and heat, were located in the northern part, while the common areas were in the most luminous and warm part, facing south. Between both areas, a false corridor connected all the spaces, but when integrated into the common areas, disappeared, thus forming a large, continuous common space of variable width.