House in Upper Bergamo, Italy, is an amazing redesigned in 2012 by Edoardo Milesi & Archos. 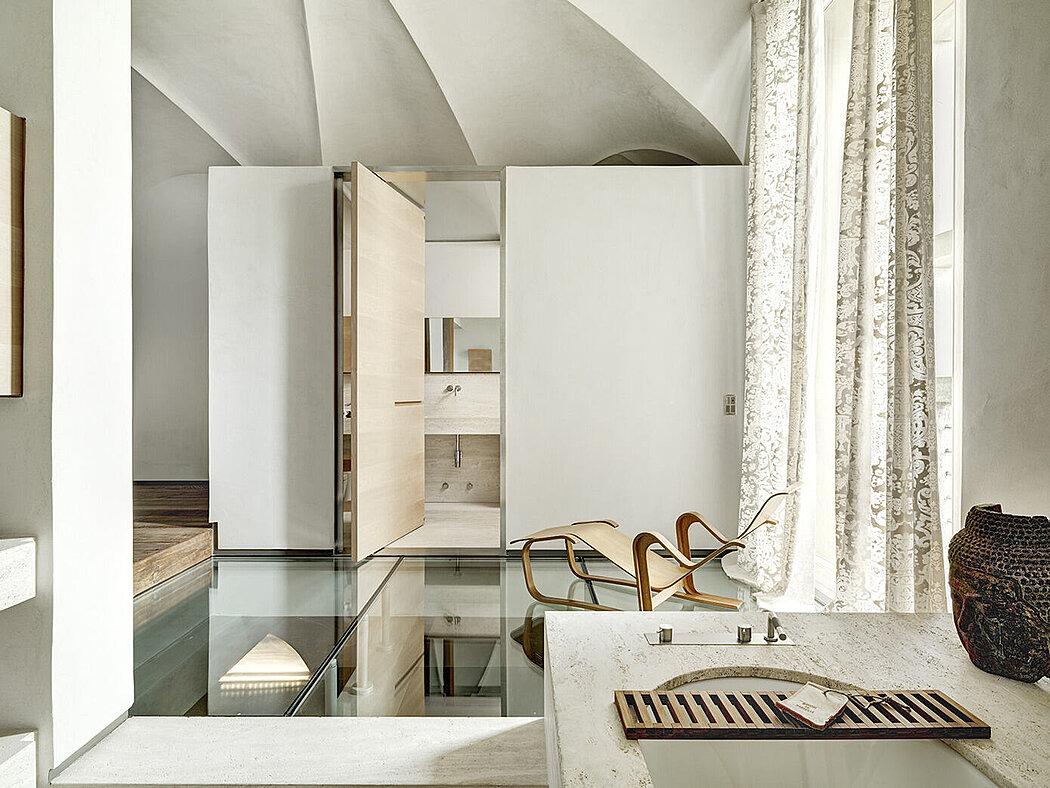 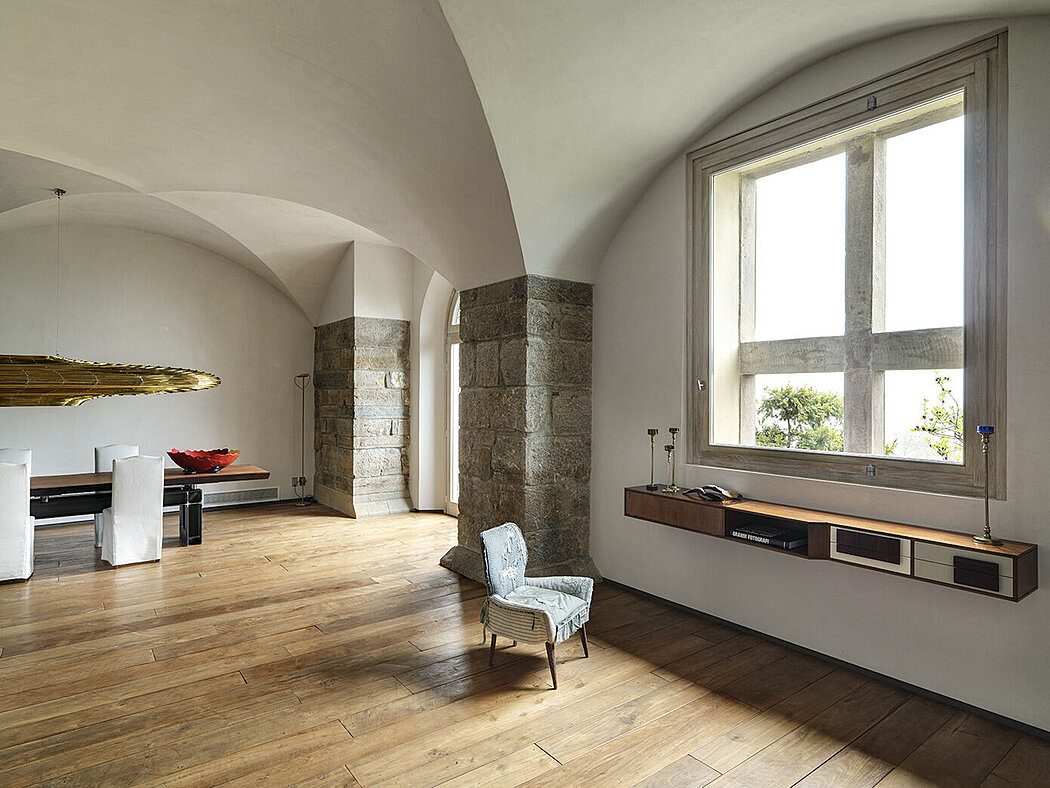 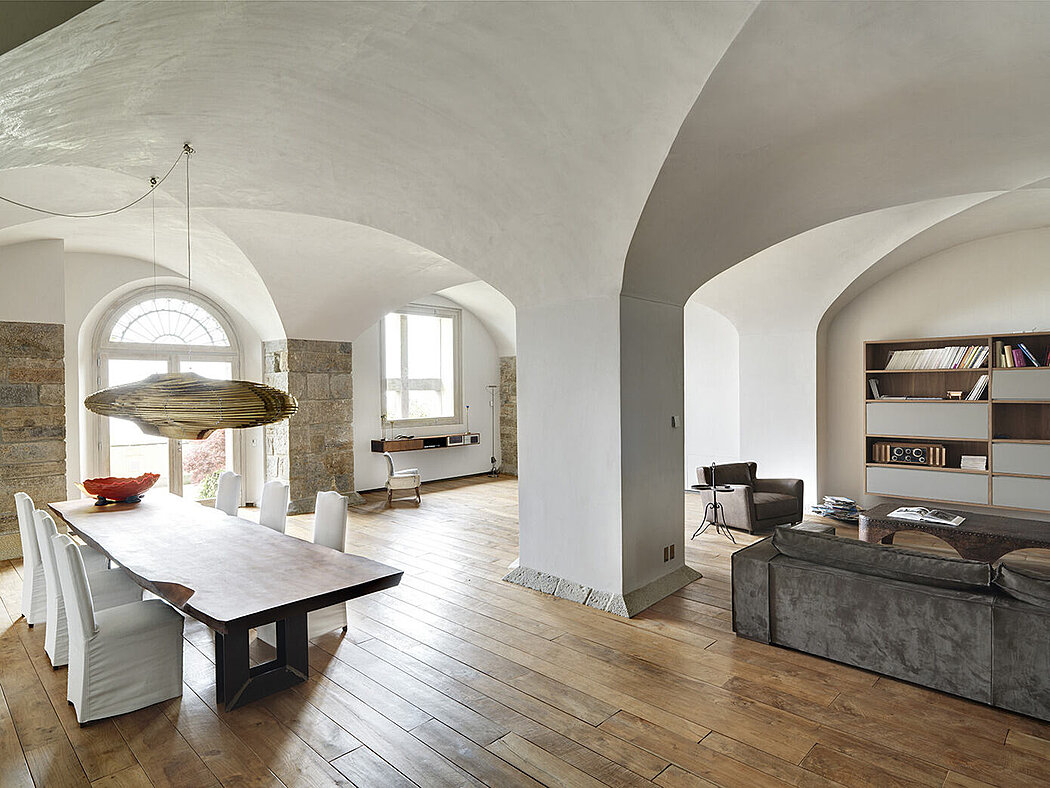 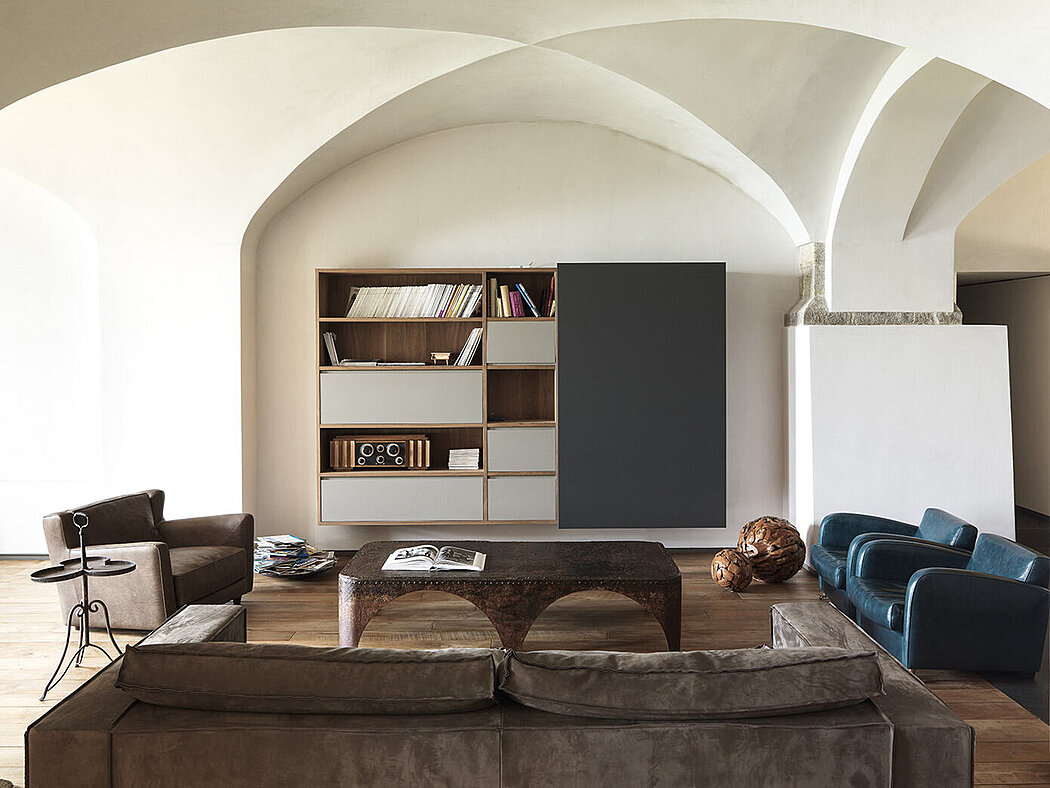 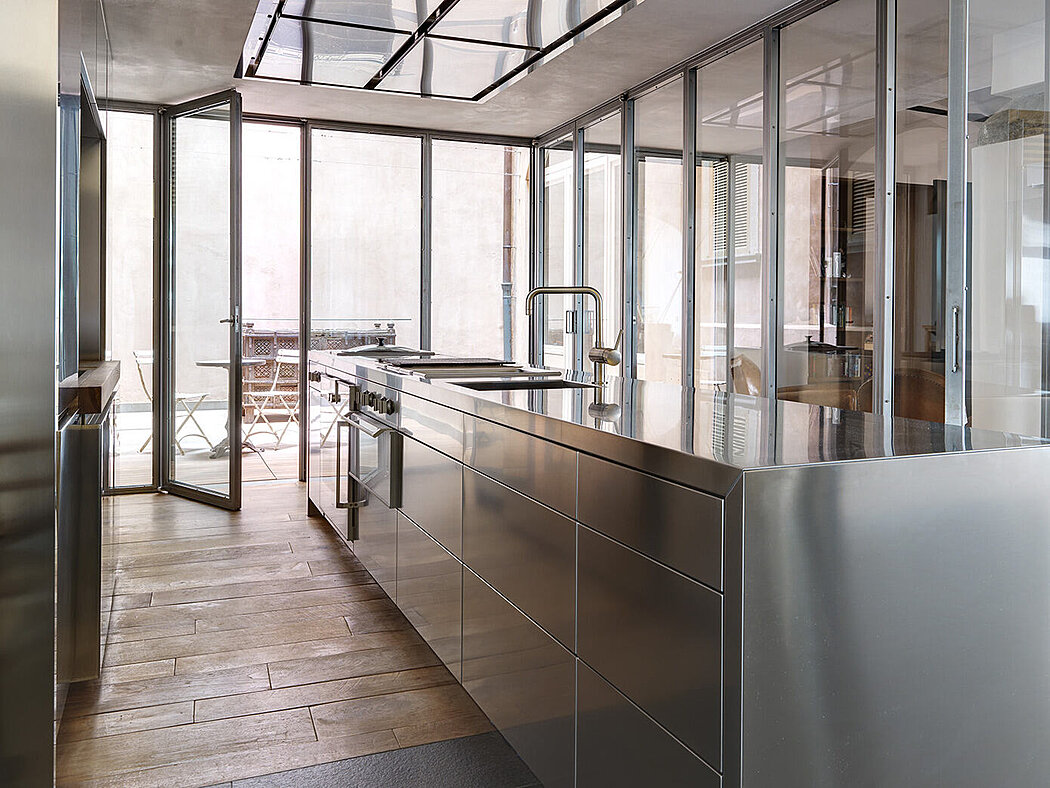 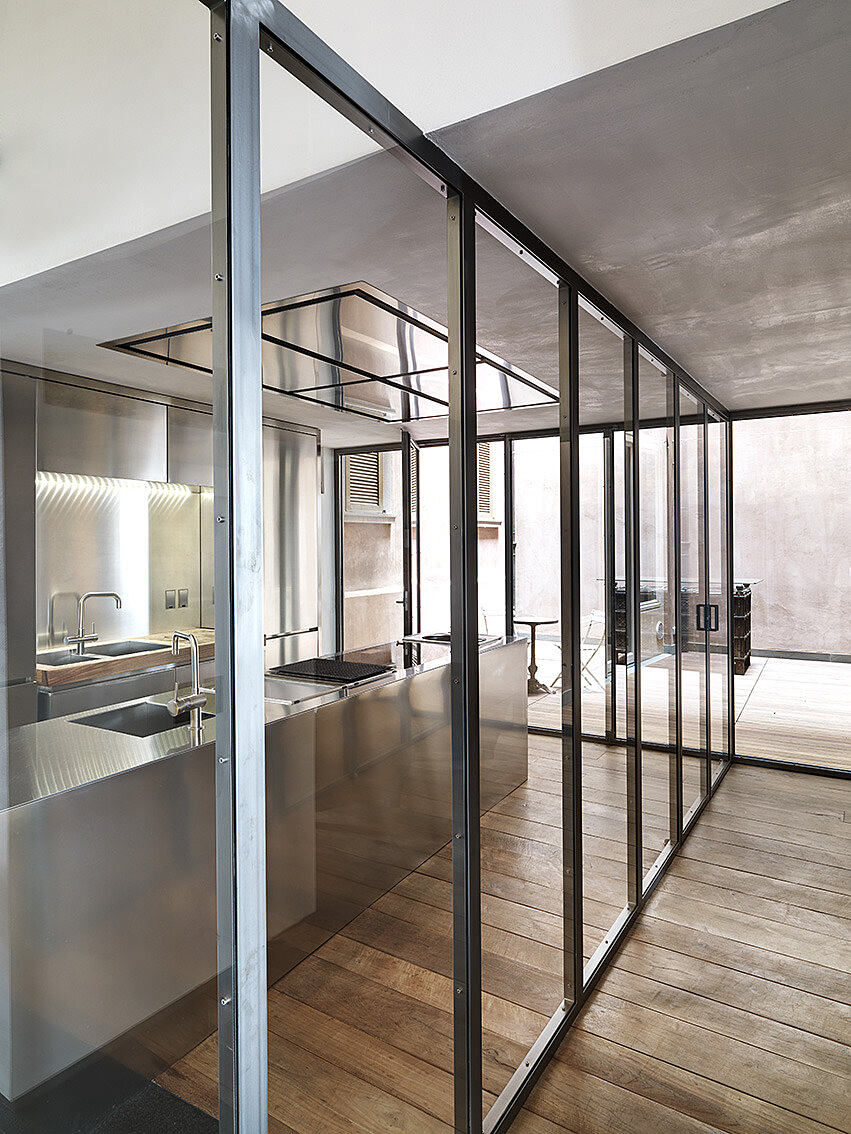 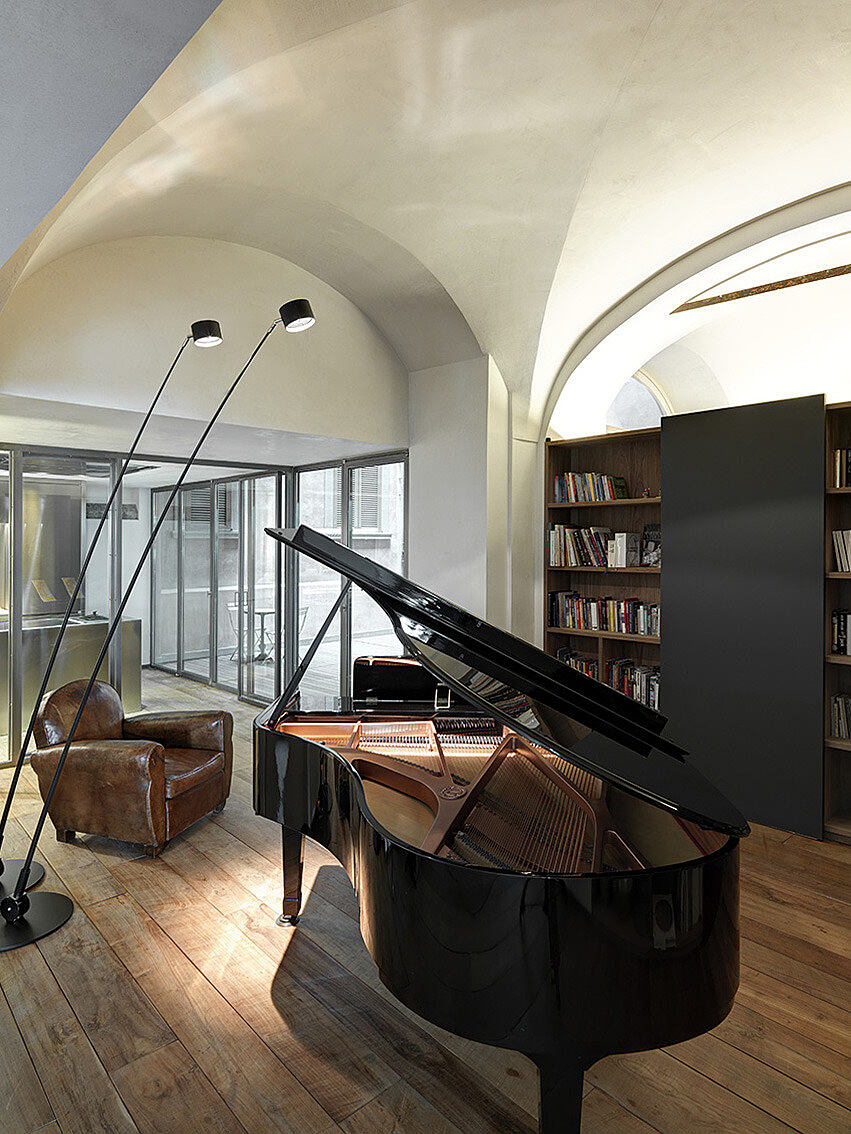 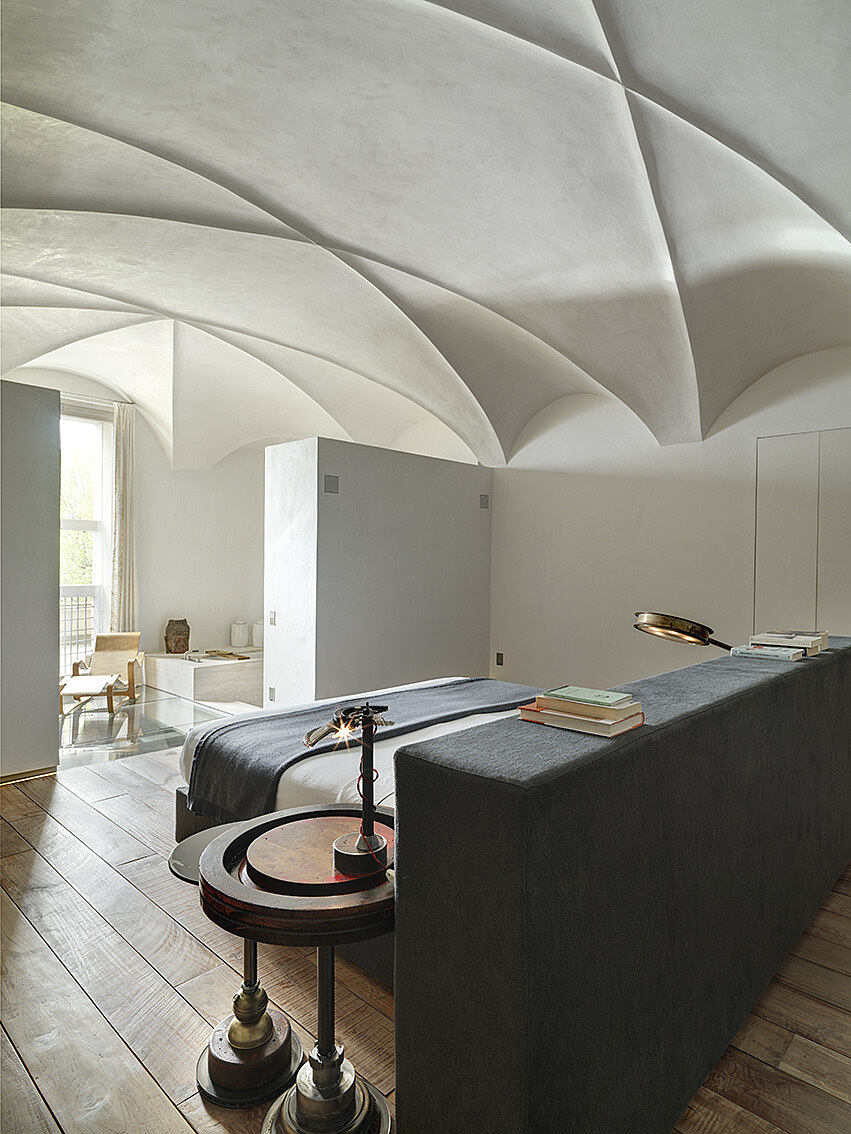 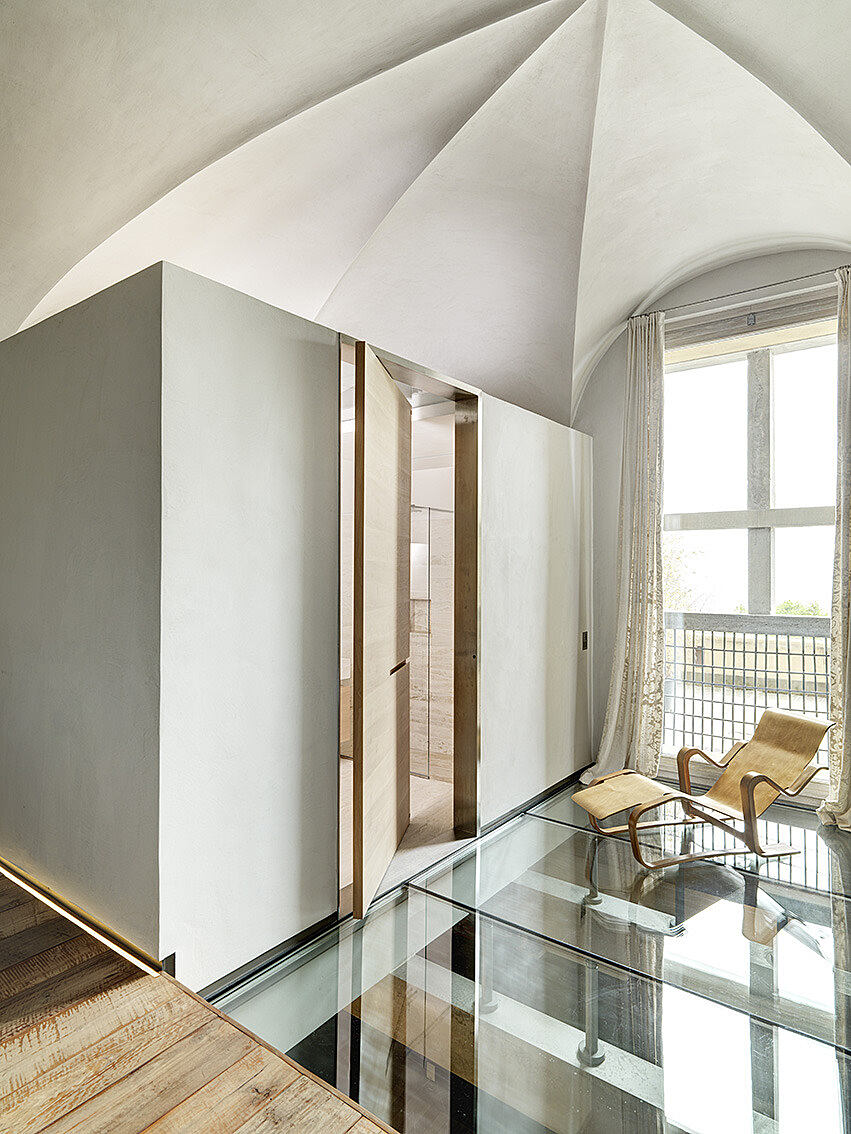 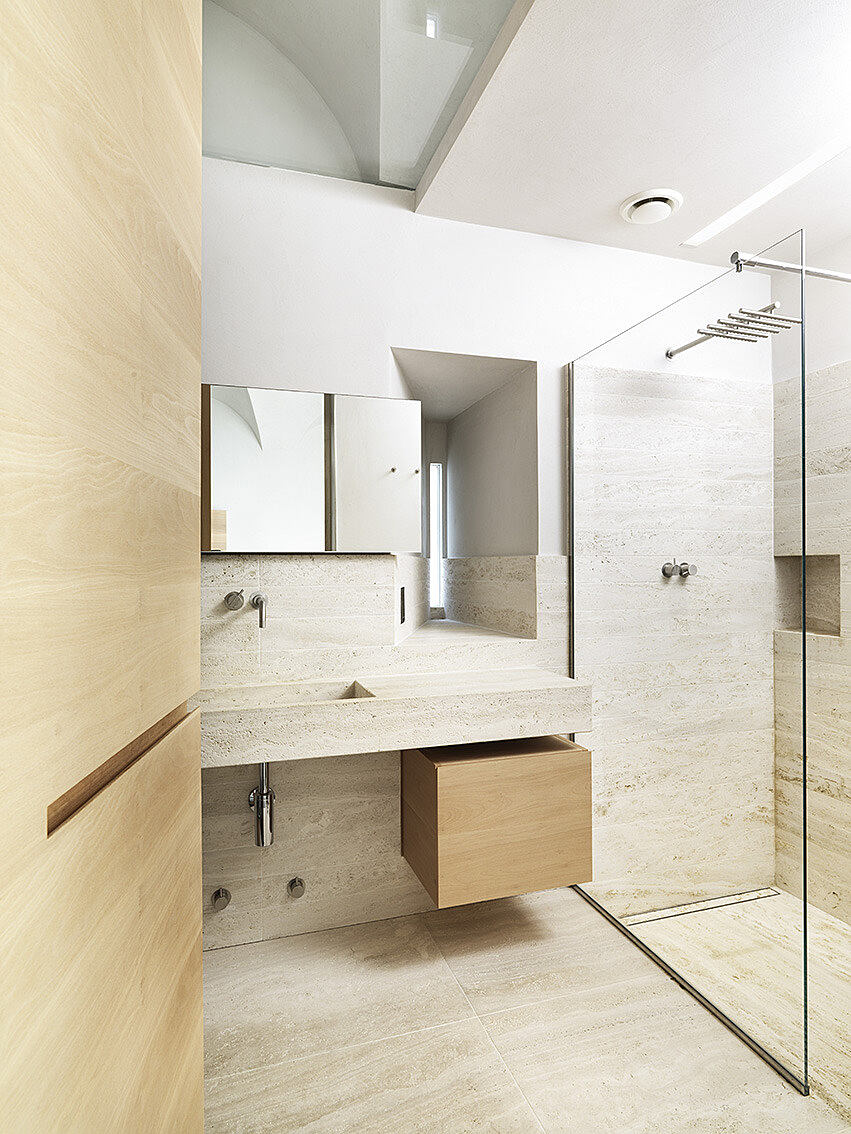 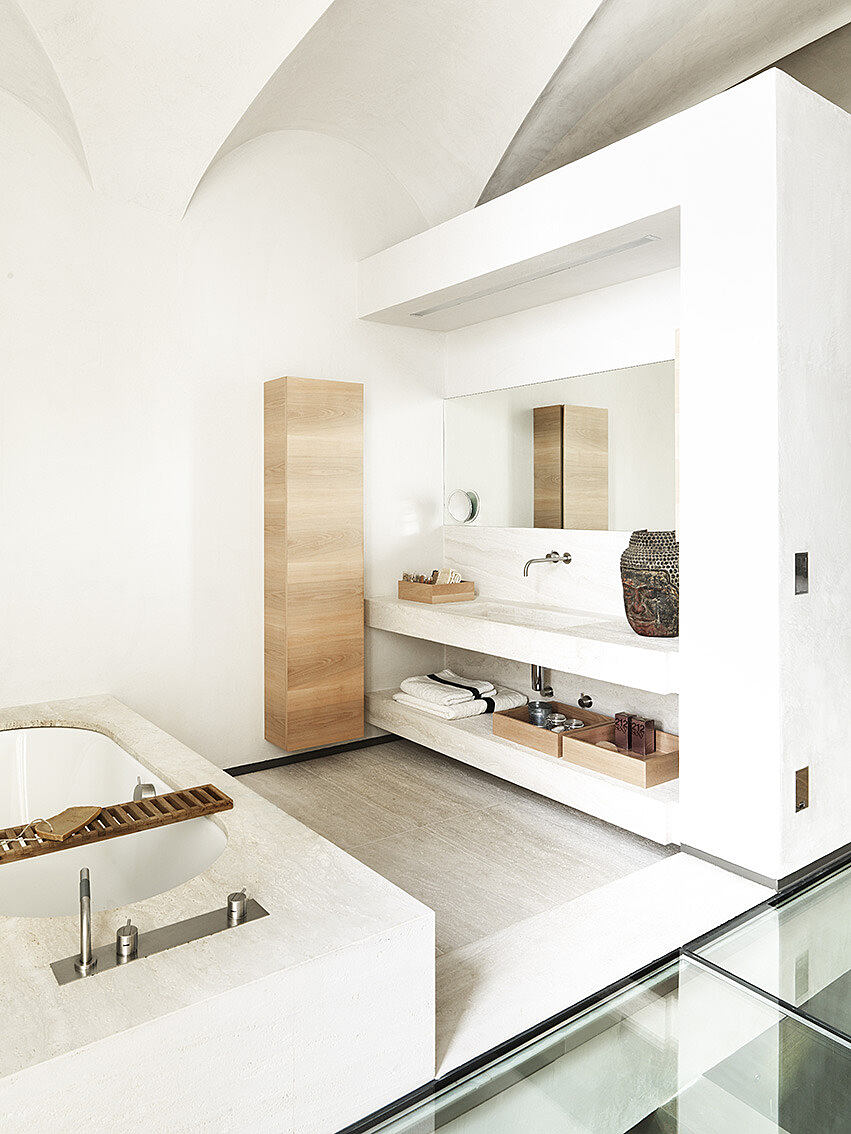 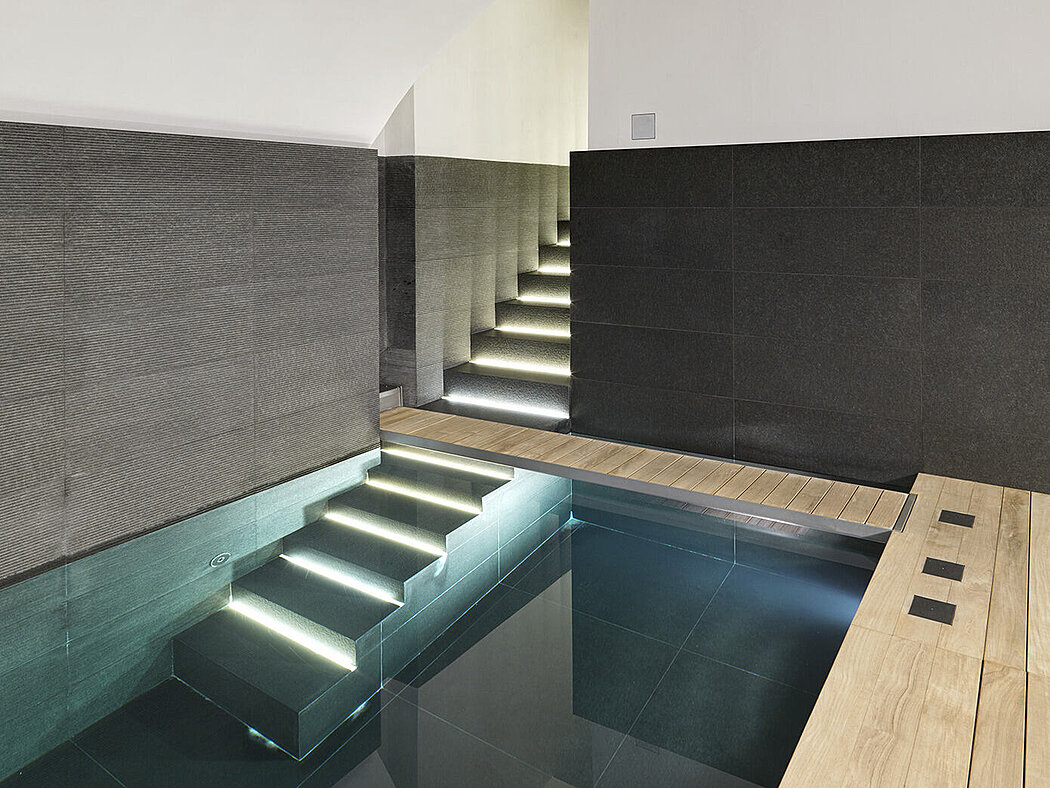 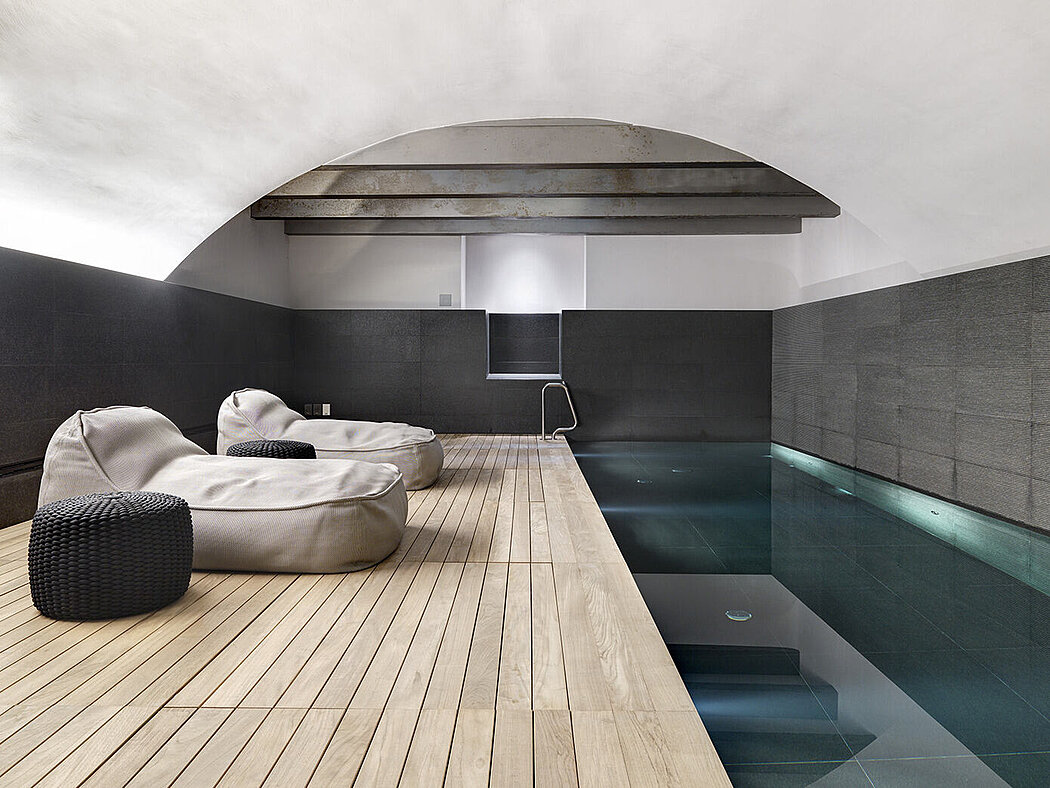 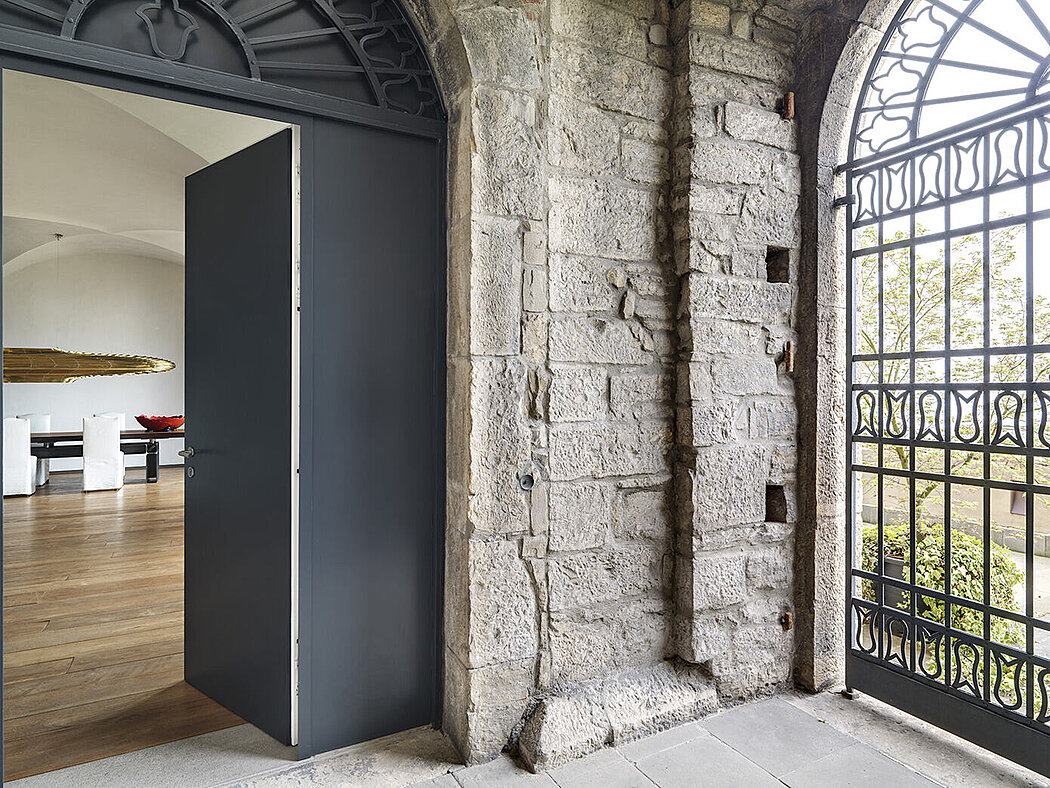 Minimal additions to an exclusive two-storey house in Upper Bergamo that dialogues with its challenging architectural history through transparencies, lightness and light, paradigms of boundless quality.

The project is about a building dating back to the Late Middle Ages, when it was a monastery. It then was converted into a student residence and, in the seventies, it was sold and divided into .

Specifically, I had to deal scrupulously with the ‘remains’ of the original monastery, so as to mitigate the sense of boundary between open and closed areas and bring light into the deepest rooms.

First of all, the architecture needed to be made transparent again and the spaces, where people would be together in an atmosphere of conviviality, needed to be made fluid again. “We have identified four macro areas bound by a common thread that connects them all like a backbone of light: a 25-metre path along which functional spots follow one another, almost never divided by doors”.

The swimming pool-hammam can only be accessed directly from the fitness area behind the walk-in closet, through a hand-grooved ladder made of African Black Granite that creates an unusual scenic effect, as it goes into the pool. The relaxation area on the “raft” deck can be accessed through an automated wooden and steel walkway with a drawbridge. No structural changes were made to add the swimming pool, as it was made from the old rainwater collation tank inside the Roman walls. The part of the swimming pool under the deck can be inspected from the main staircase.