Country House is a contemporary interpretation of a traditional Slovak house located in the Slovak region of Záhorie, designed in 2019 by . 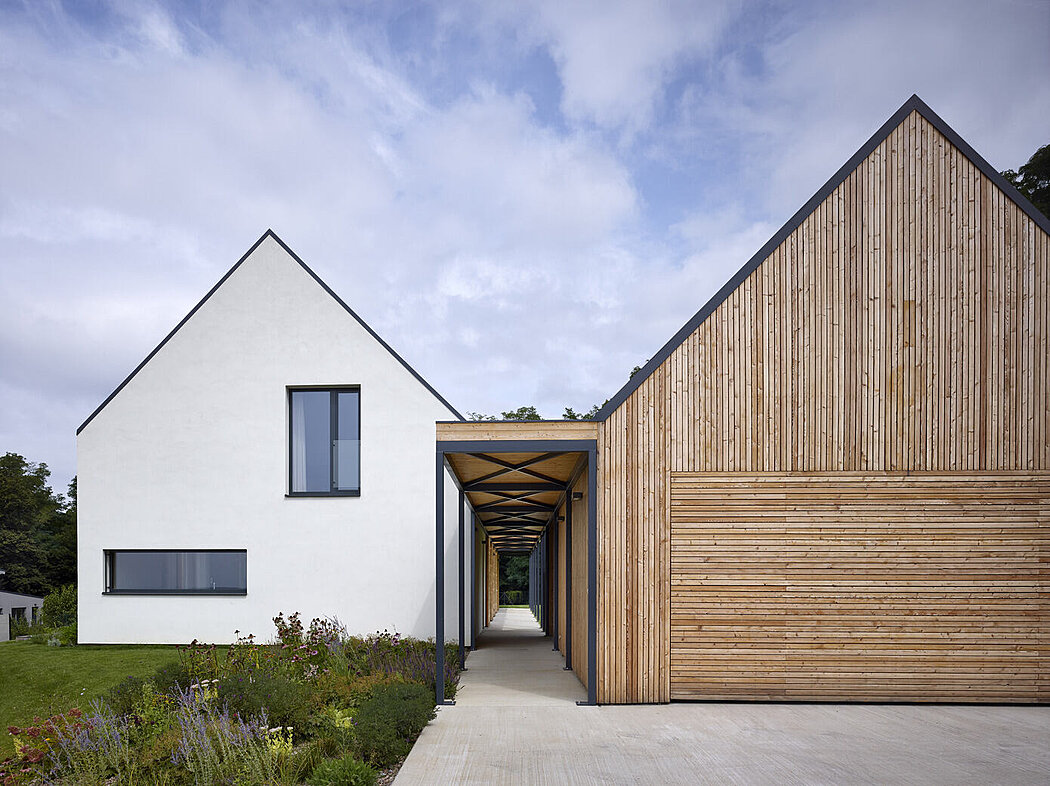 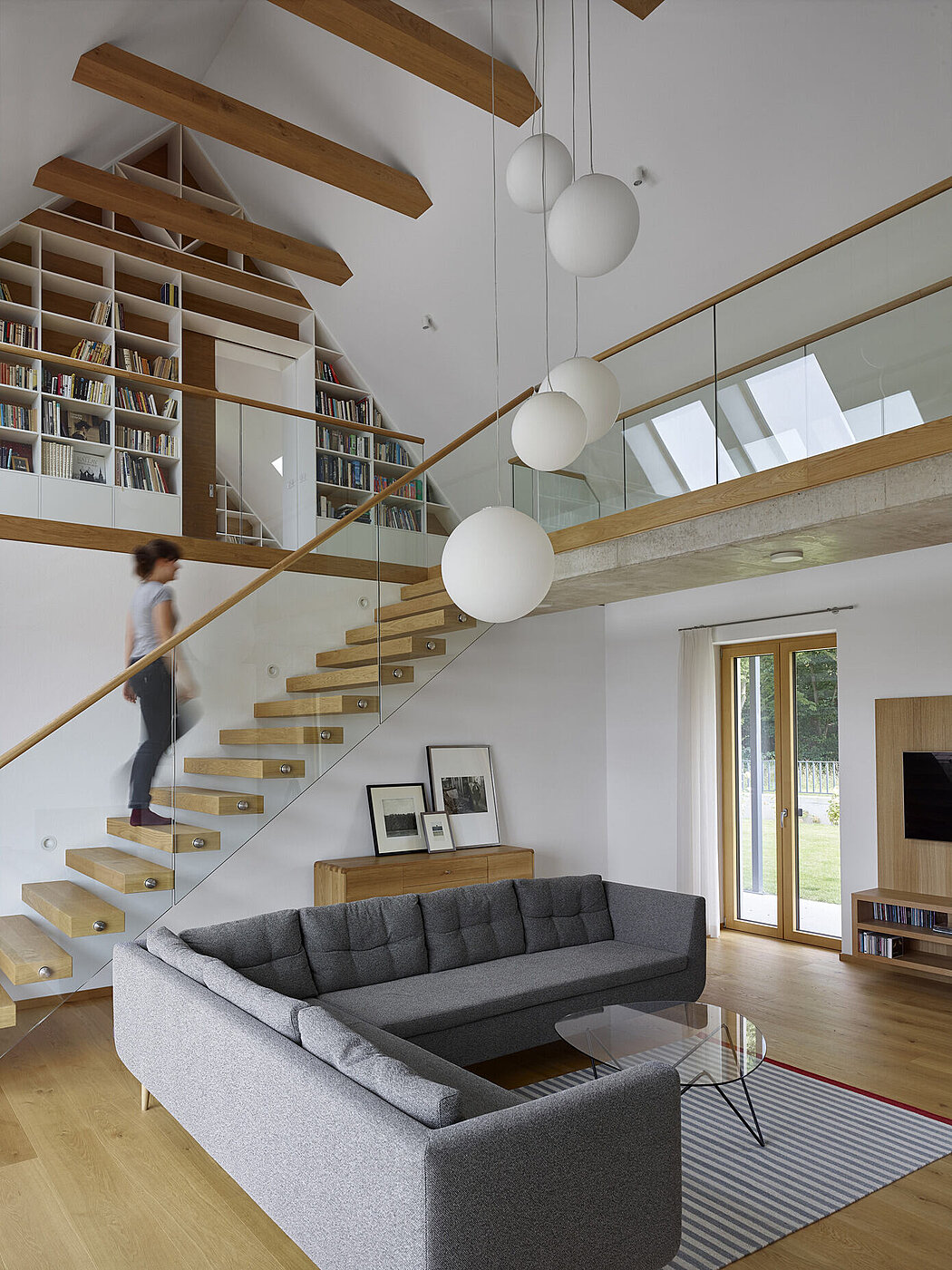 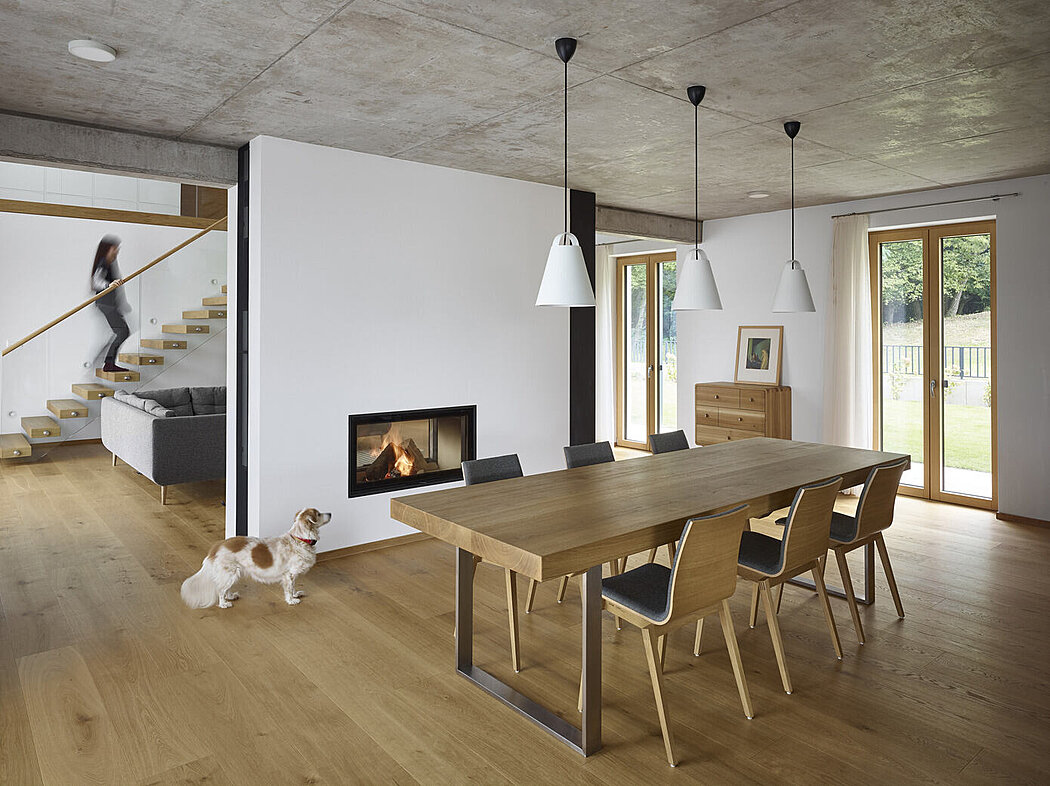 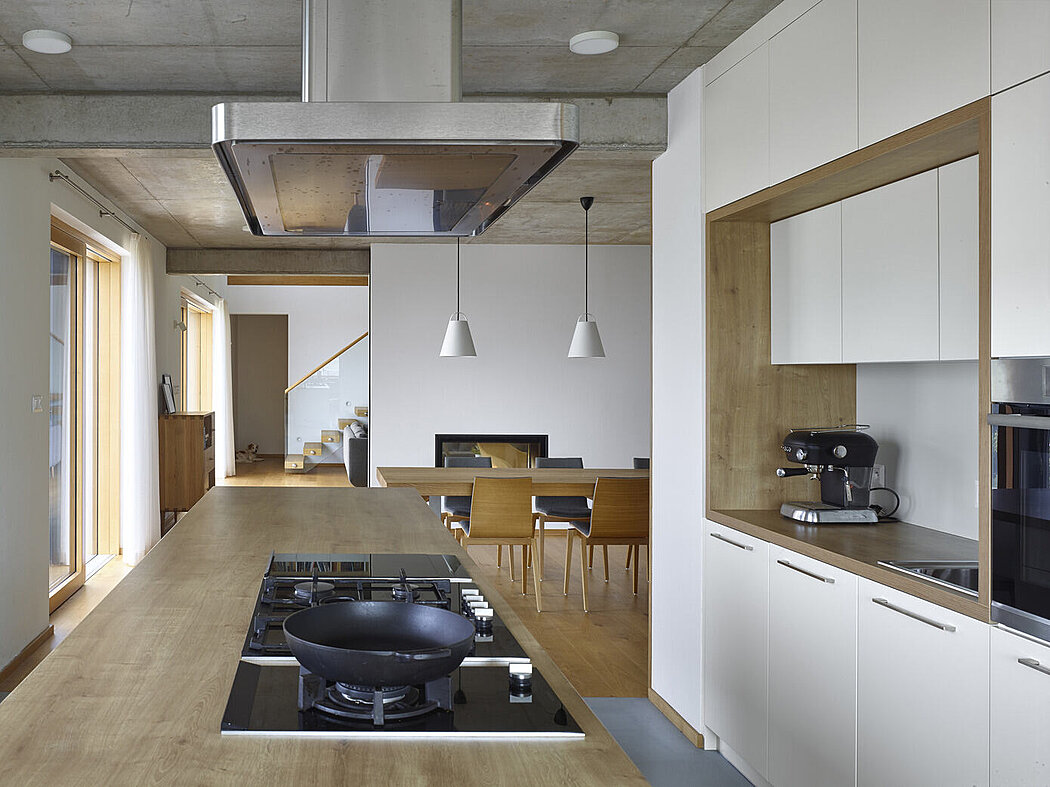 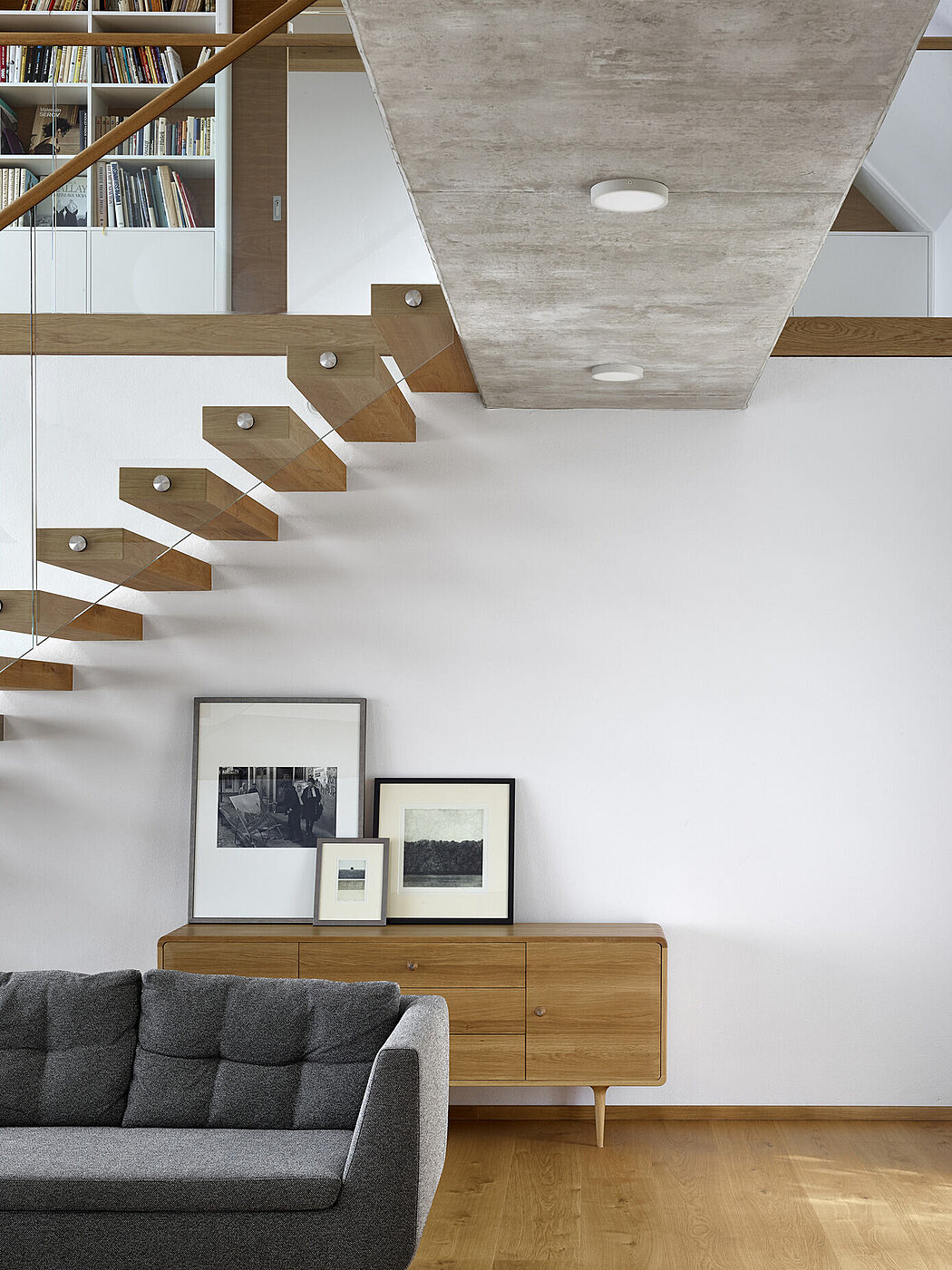 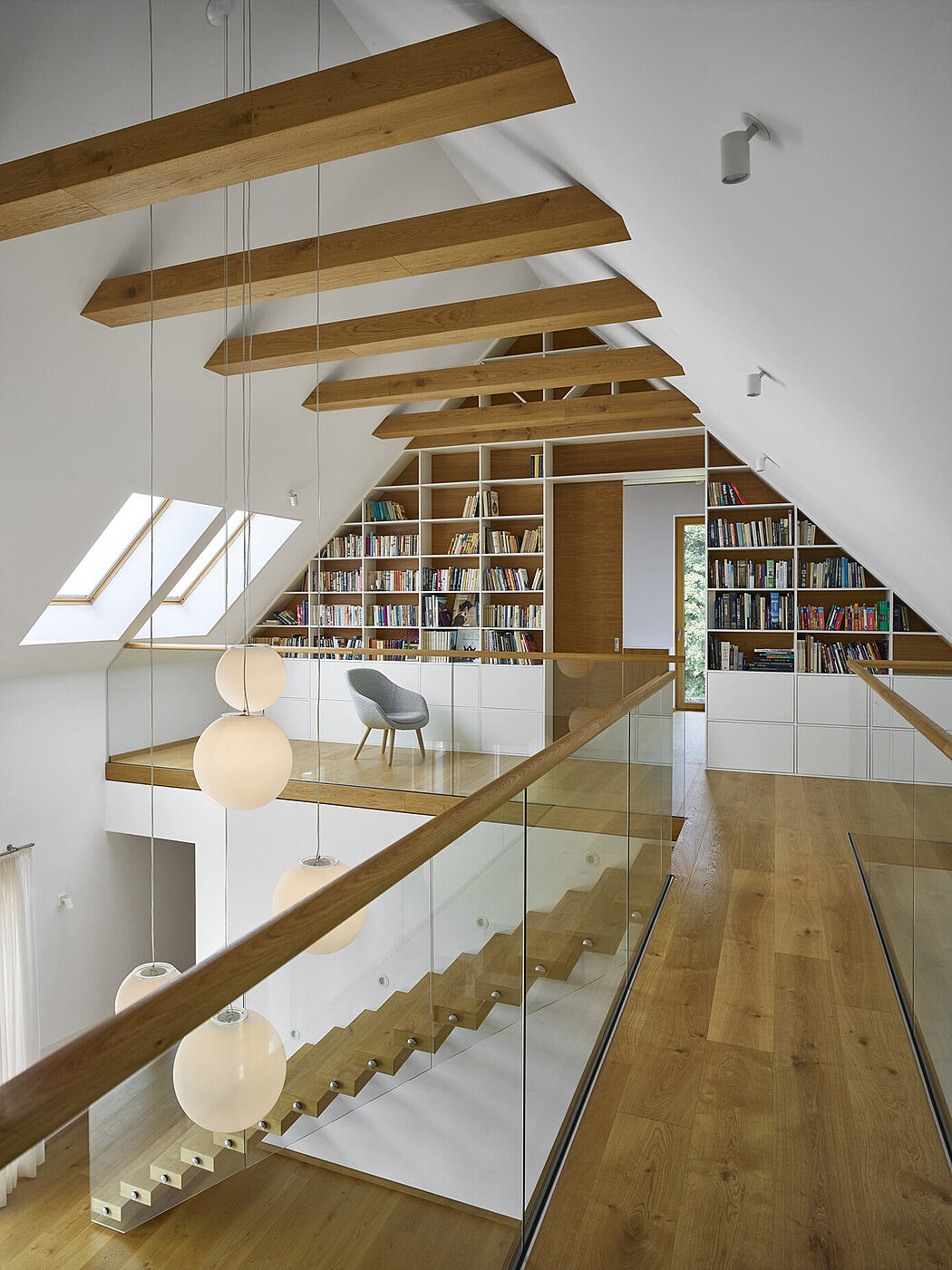 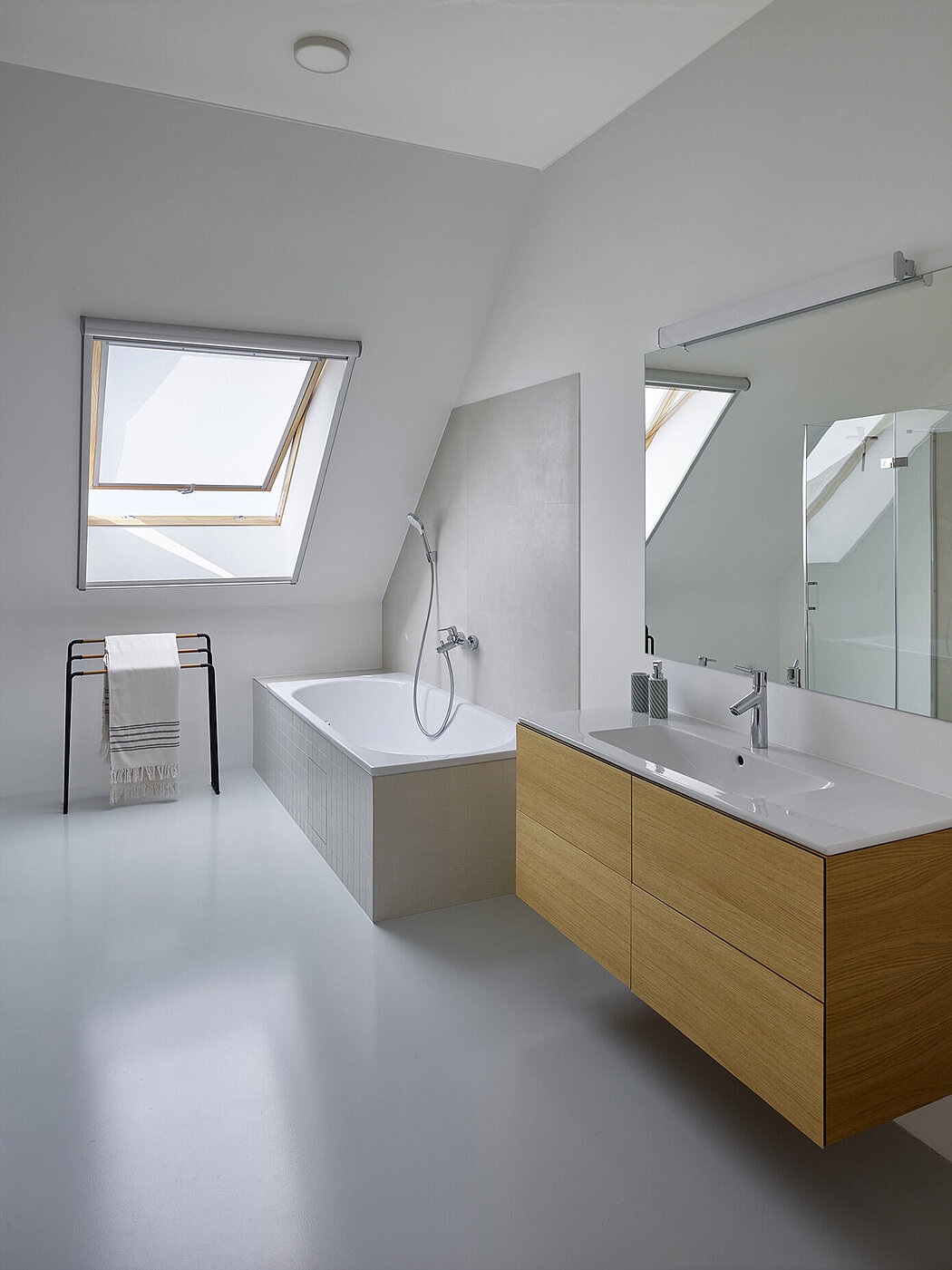 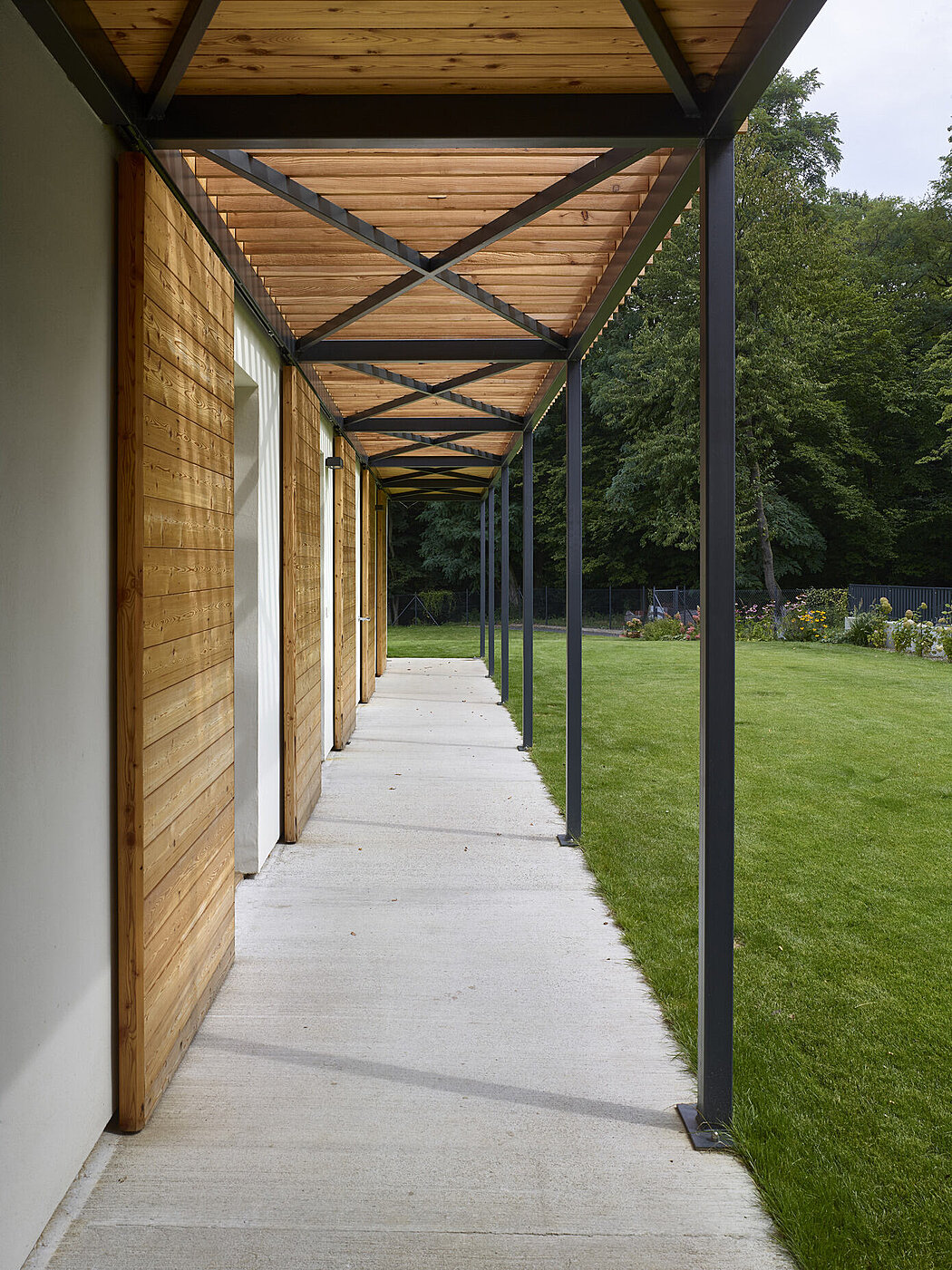 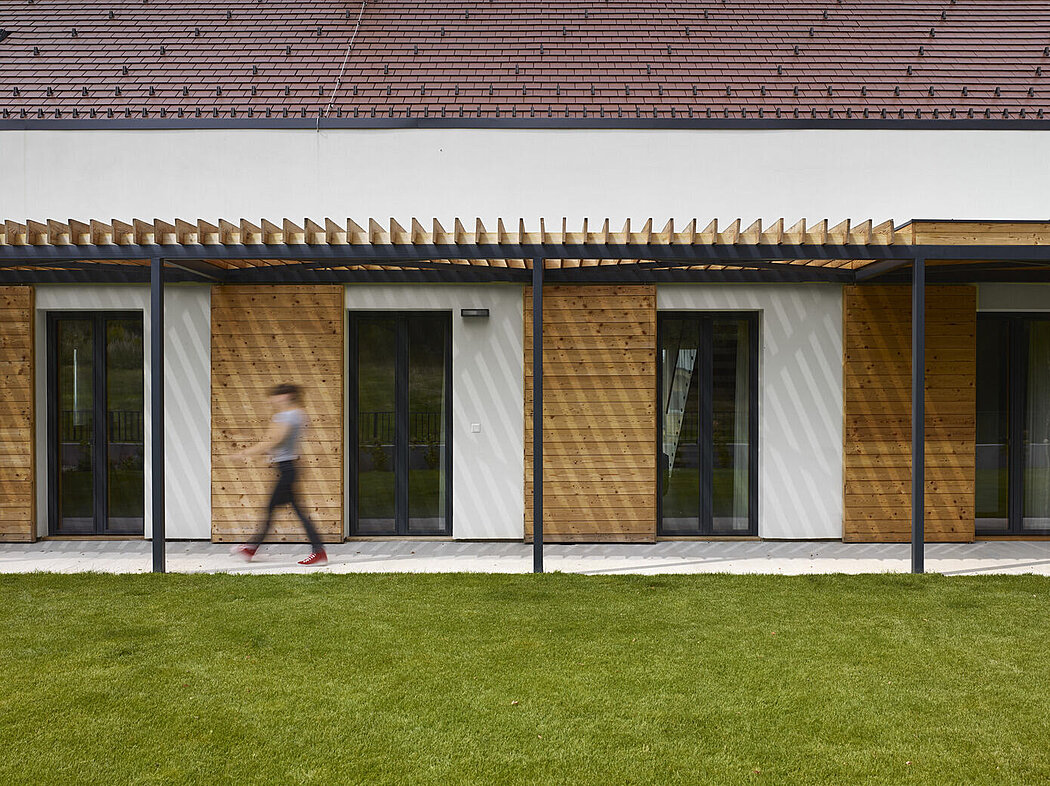 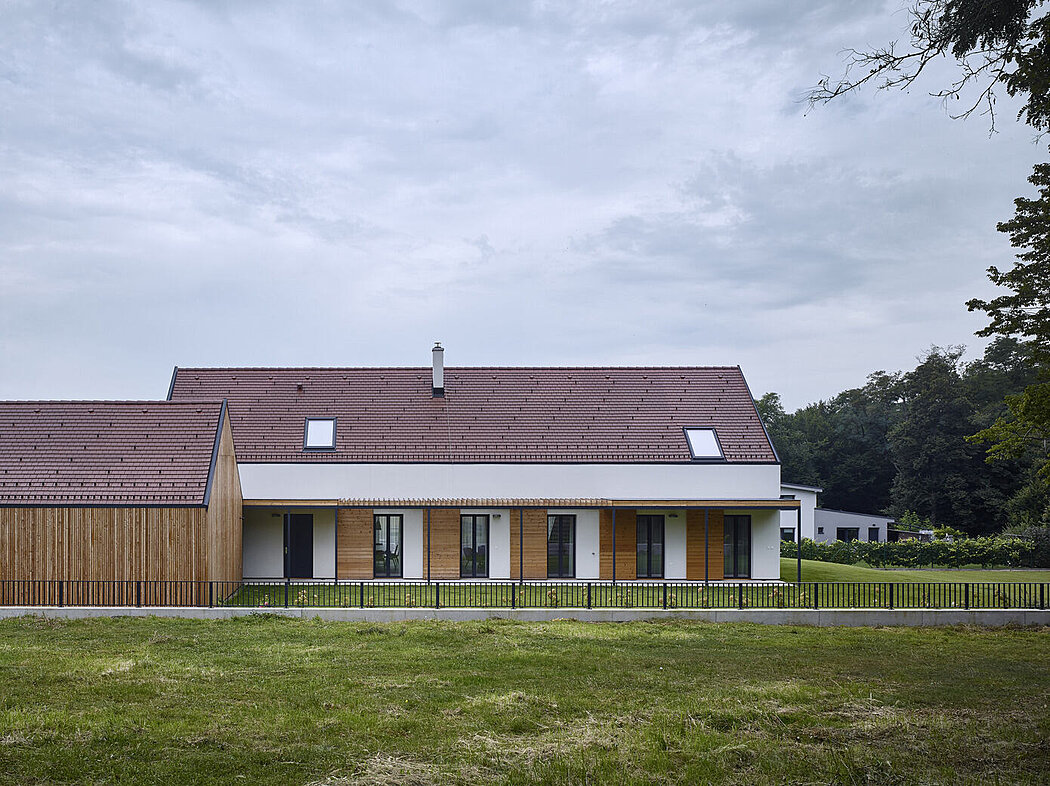 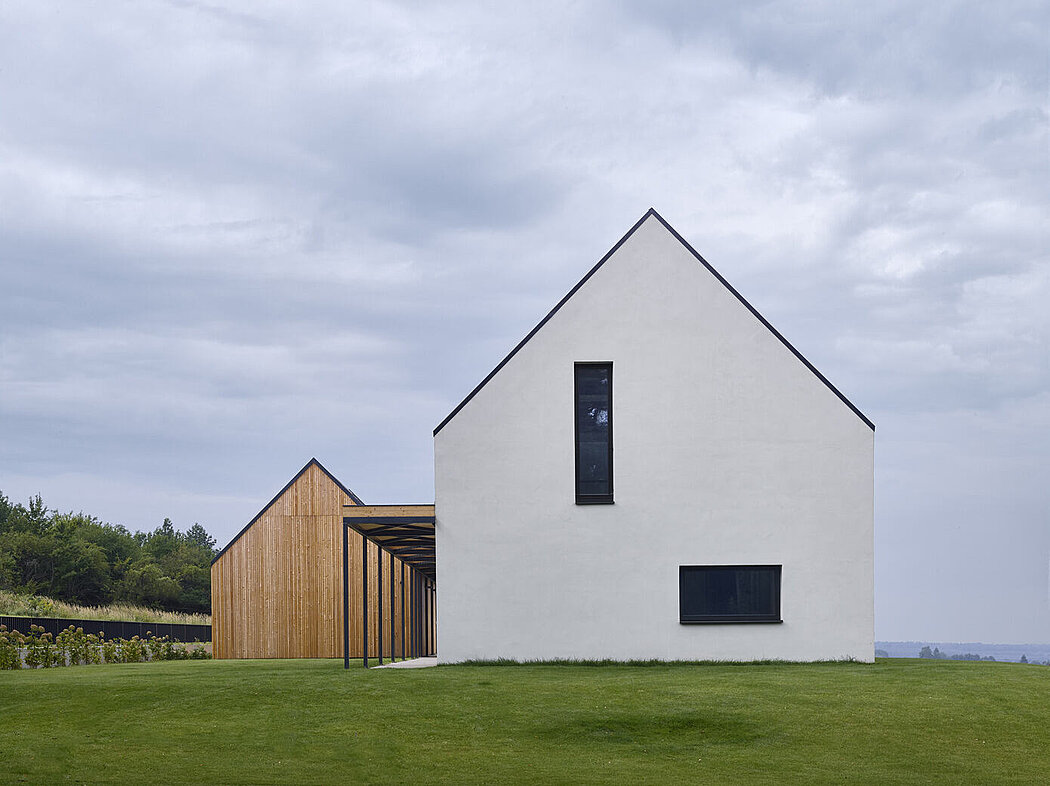 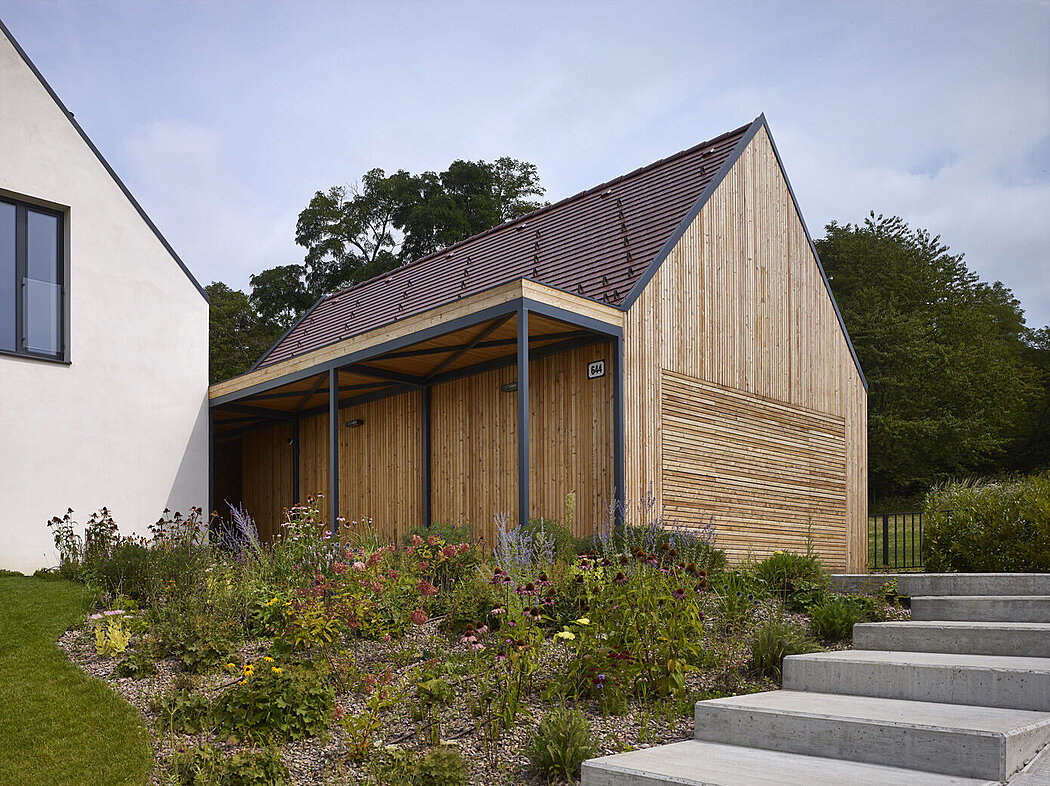 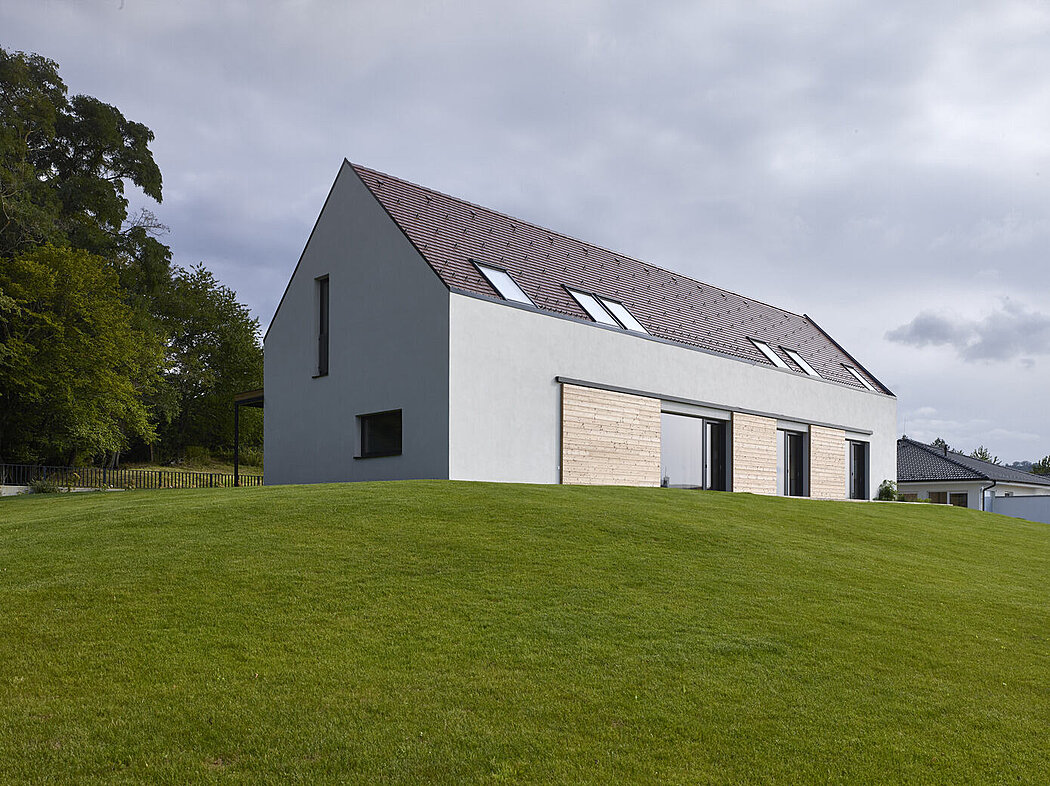 How to design a family house in a rural area of the 21st century, preserve the best traditions and add the best features of contemporary architecture? Our answer to this challenge is a rural house J, which is a contemporary interpretation of the traditional Slovak house with a “gánok”, a kind of a corridor (the Slovak word “gánok” originated from German – Gang). The house lies at the end of a picturesque village in Záhorie in western Slovakia. Just as there used to be a solid house for living and a wooden barn next to it in the past, today we have designed a brick house as a living area and next to it a wooden structure as a storage.

Both these structures are interlinked with the “gánok”, a typical Slovak element, which has been in our folk architecture for centuries. The “gánok” creates both a pleasant entry to the house and a place to enjoy sitting in the shade. Gable roofs and an oblong ground plan remind us of the original settlements in this setting. The character of the house is contemporary and has been tailored for its future settlers, a couple, sometimes visited by their children and in the future their grandchildren, too.

The house is situated in the upper part of the huge estate, enabling a great view of the foothills of the Alps. The rooms in the house go one after the other in a row, as it used to be in the past. This has enabled the living room and the dining room to be opened to both sides of the estate. The life in the house is concentrated around a huge dining table which is separated from the living room just by a double-sided fireplace. The living room area is opened over the two stories reaching the gable roof. The sleeping area is situated in the tranquil part of the estate facing the forest.

When deciding about the building materials, we have been looking for natural solutions that have been typical for our architecture for centuries. The house has a white plaster and the roof is covered with red-brownish shingles. Natural wood, which nicely ages, was used for the garage façade, the “gánok” and sliding window shutters, which represent a modern adaptation of historic elements. A subtle “gánok” steel construction adds to a pleasant atmosphere of the house. The whole interior is really light, natural oak wood is combined with exposed concrete on the ceiling and sophisticated furniture pieces.