Experience a modern luxurious piece of history right in , Spain! Bright Apartment in Barcelona, designed by O&A London’s Oleg Klodt and Anna Agapova in 2016, is a stunning apartment located in the iconic Casa Jasinta Ruix building constructed in 1904 by the renowned architect Ramon Viniolas.

The building’s original characteristics were preserved and interpreted through the interior design, including meandering corridors and lofty ceilings with a majestic mosaic to accent it all. Other antique and vintage features, such as locks and door handles, were also restored to create a Spanish yet honoring Barcelona’s heritage. 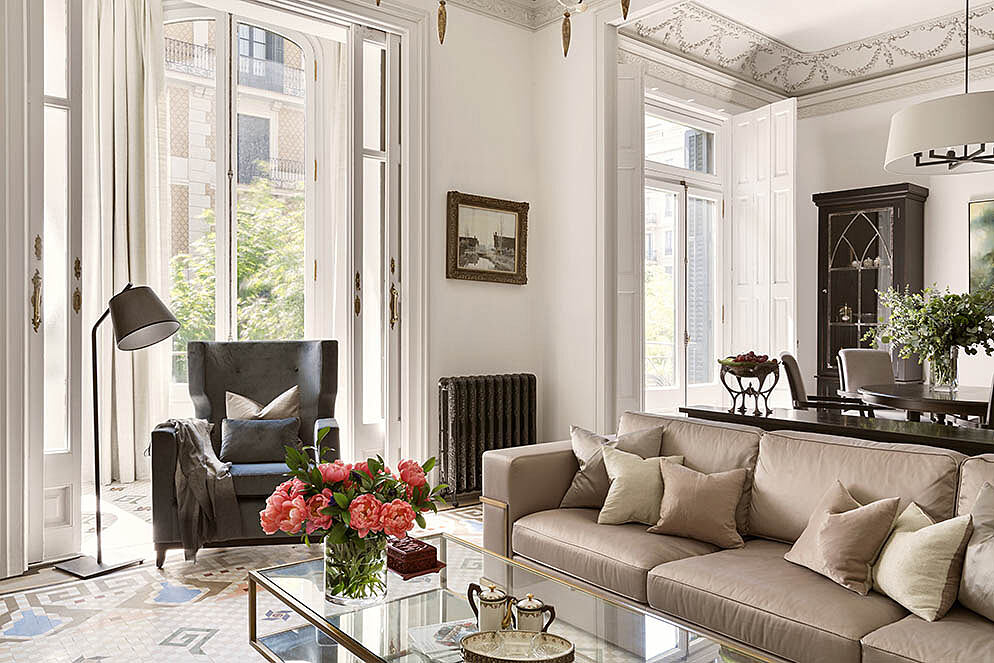 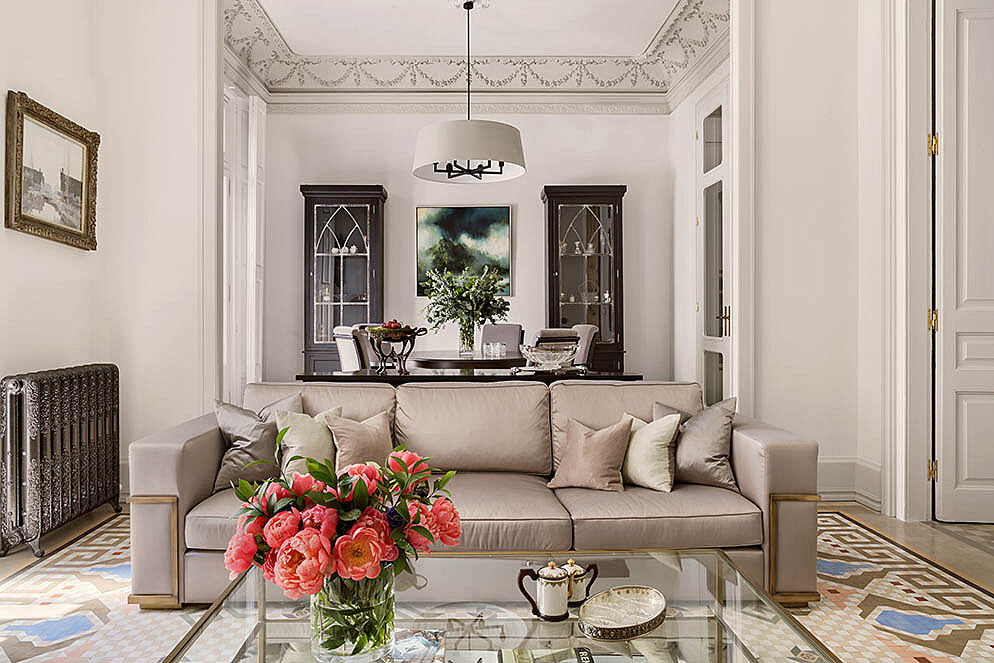 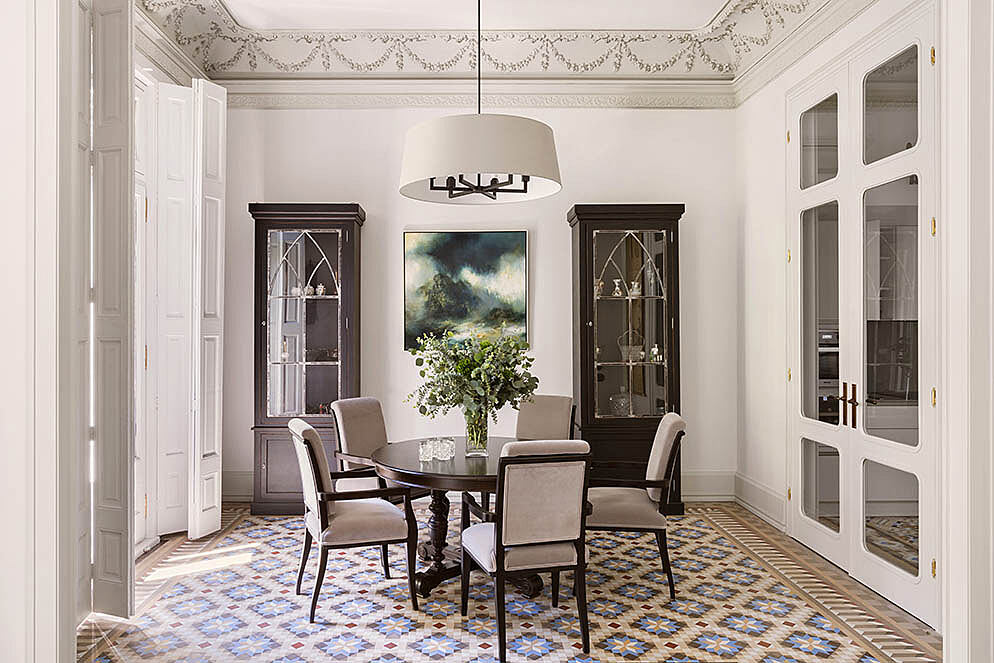 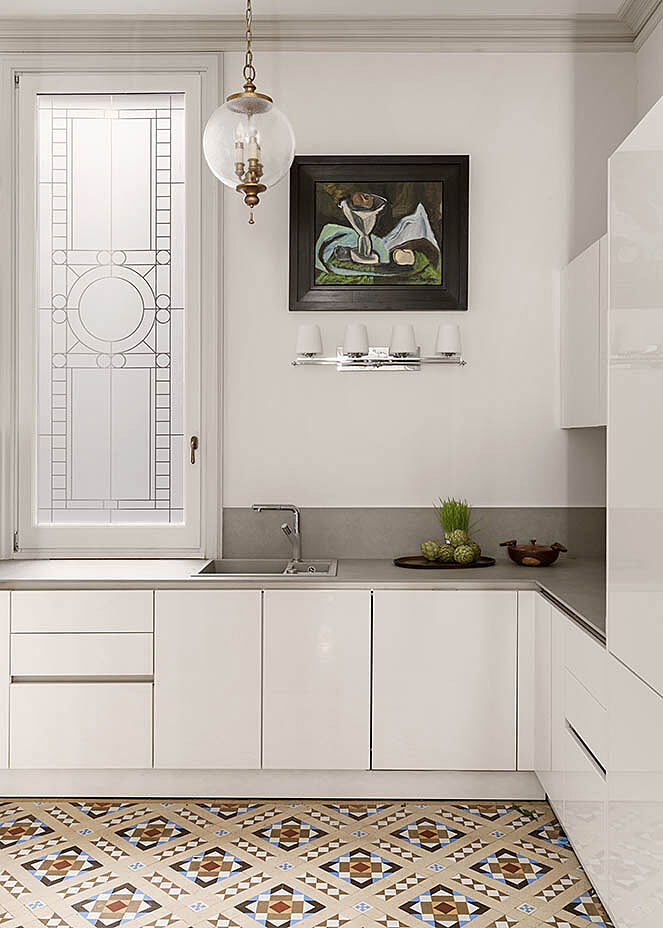 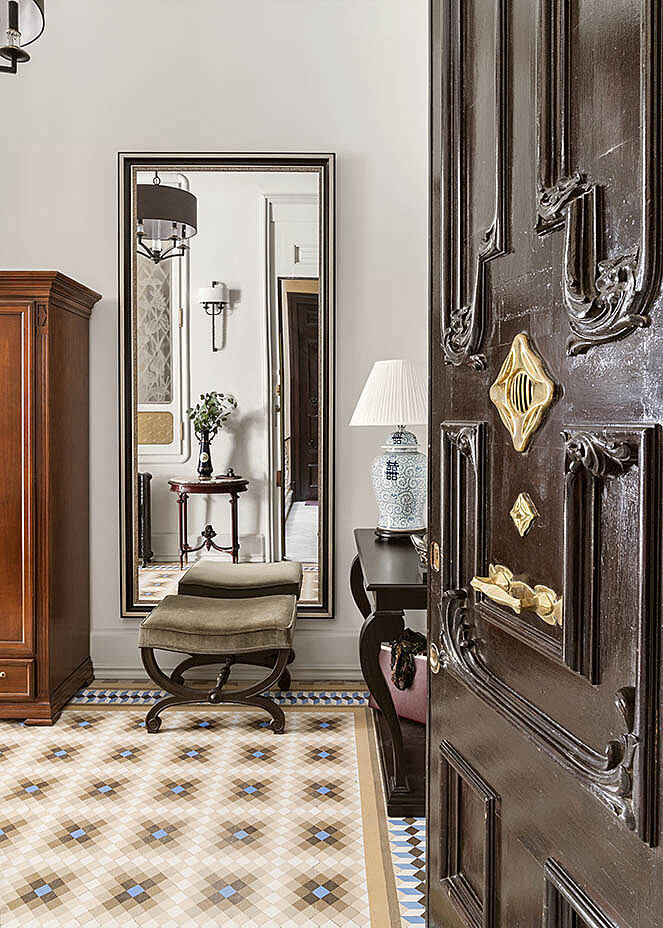 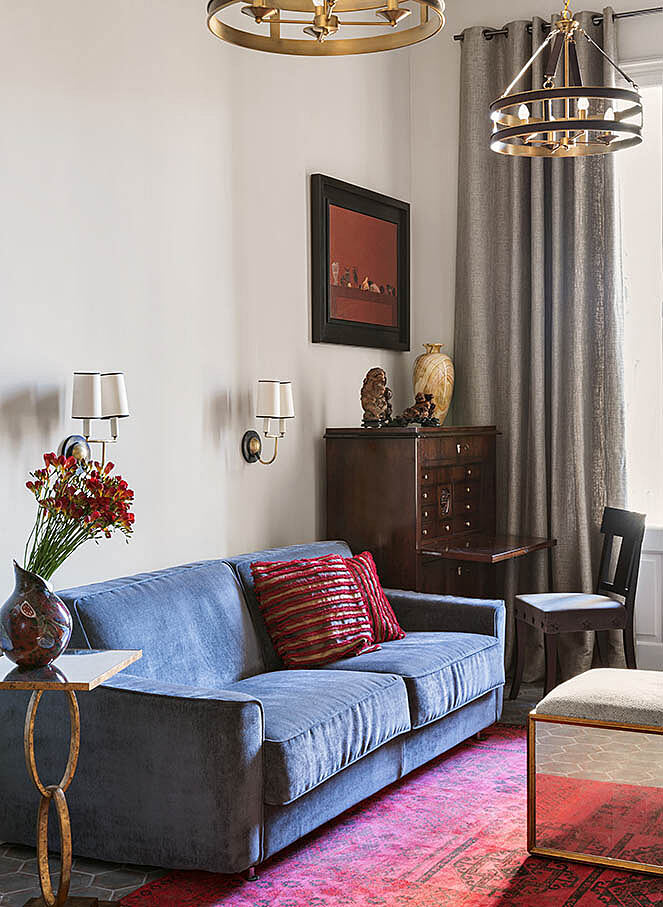 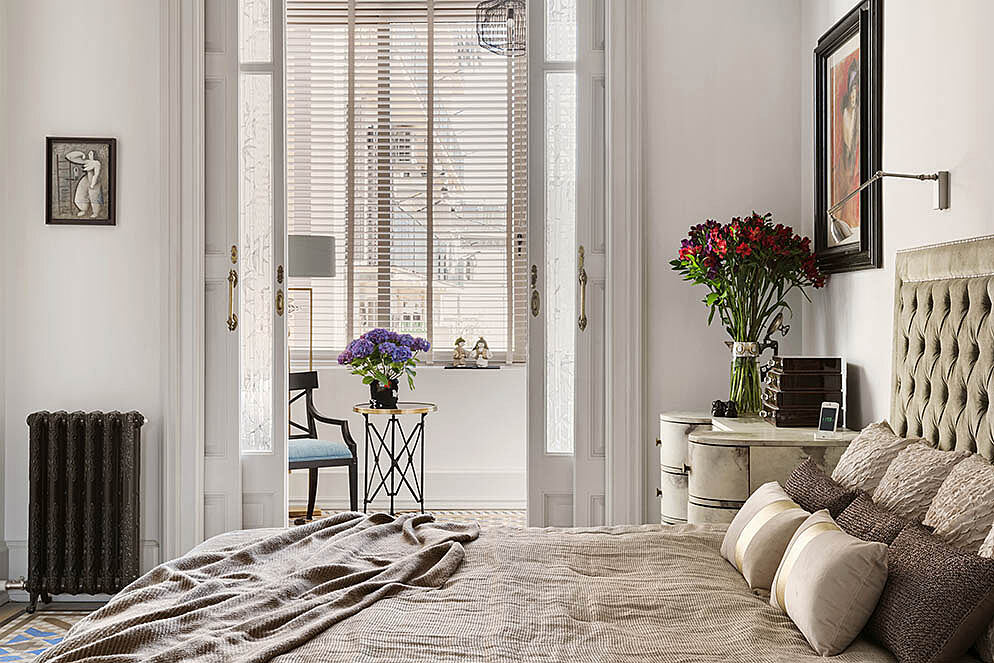 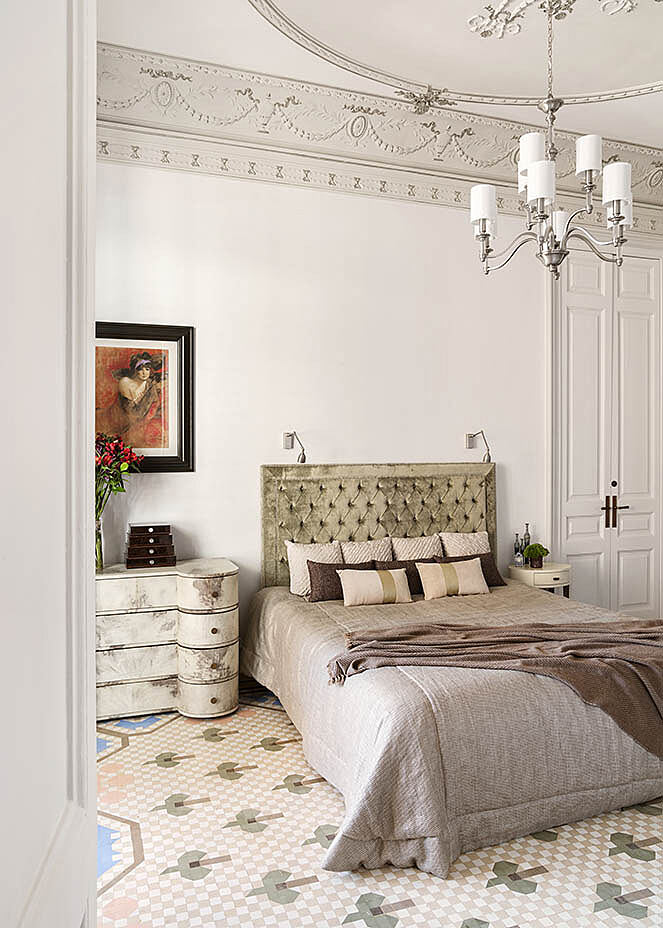 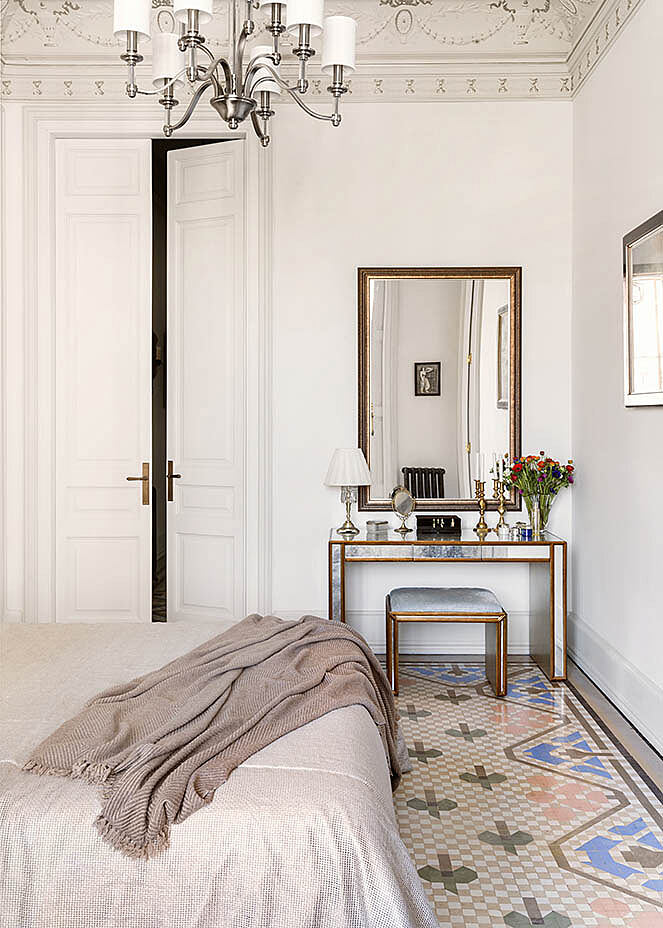 About Bright Apartment in Barcelona

Built in 1904 by architect Ramon Viniolas, Casa Jasinta Ruix was the focus of a restoration project headed by Oleg Klodt and Anna Agapova. The current owners of the building were eager to maintain the property’s original characteristics while also interpreting its historic heritage.

The meandering corridors and lofty ceilings of Casa Jasinta Ruix became the center of attention for the interior design. A mosaic was chosen to accent the ceilings, creating an abundance of light. During the restoration process, an original Monier ceiling was discovered – inspiring the team to restore other antique and vintage features such as the locks and door handles of the building.

The Result: A Spanish-Inspired Apartment That’s Both Classical and Modern

The combination of classical features, the beauty of the mosaic, and the minimalist touches resulted in a very Spanish-inspired, yet modern apartment – a touching homage to Barcelona and its heritage.