CS House is a cozy located in , Mexico, redesigned and extended in 2022 by Mario Ponce. 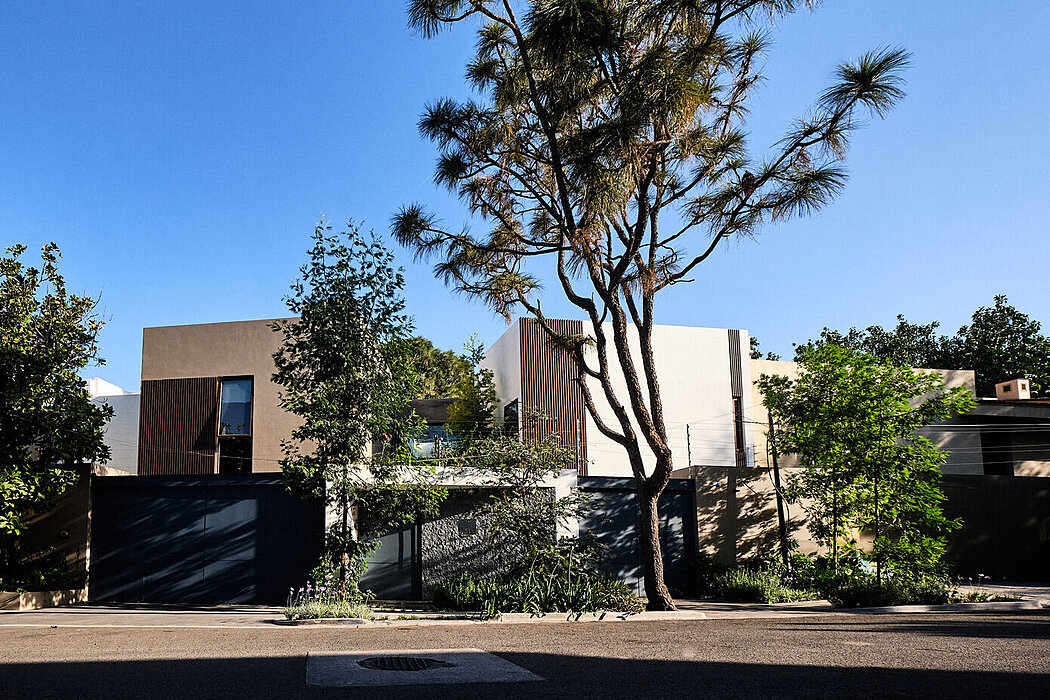 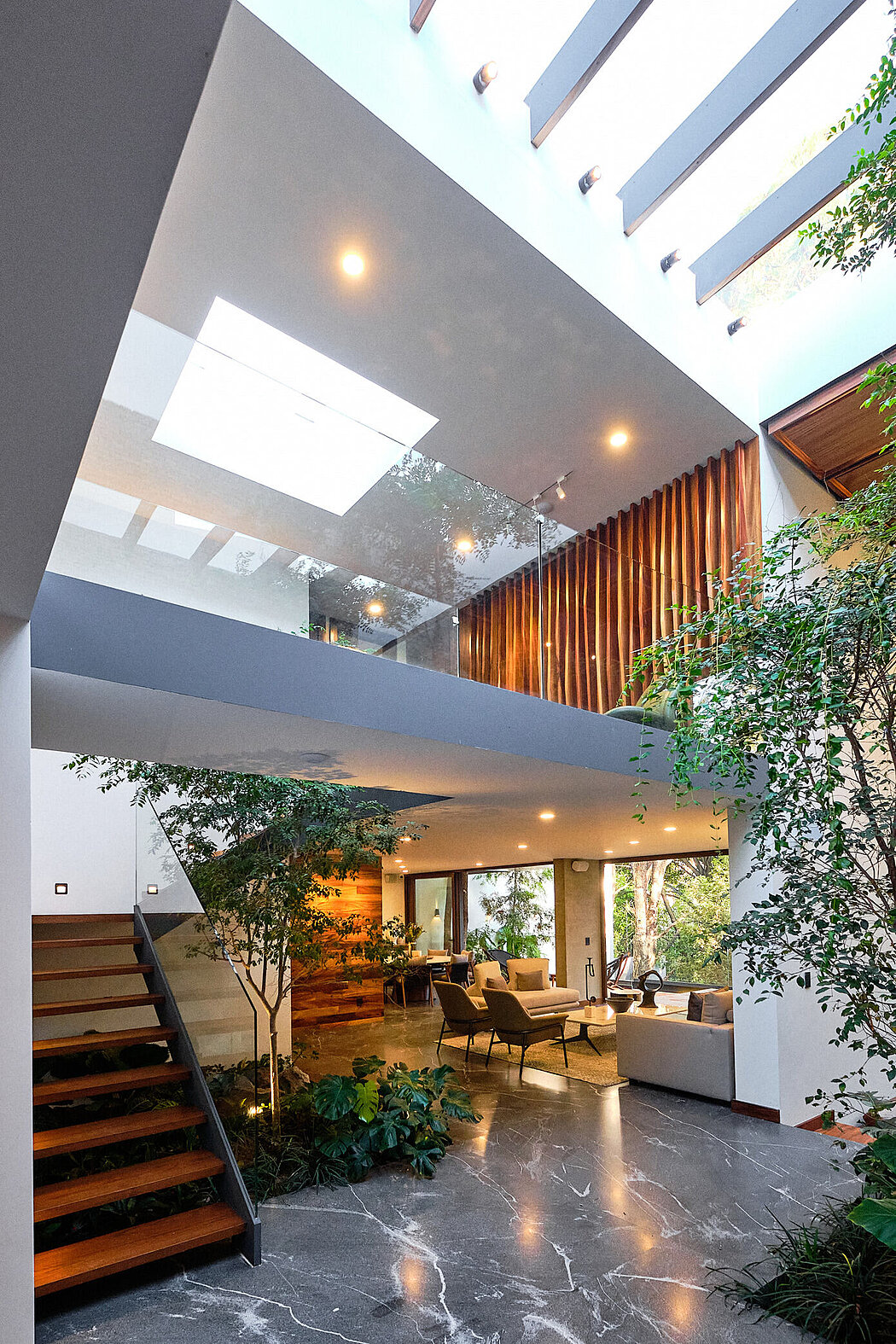 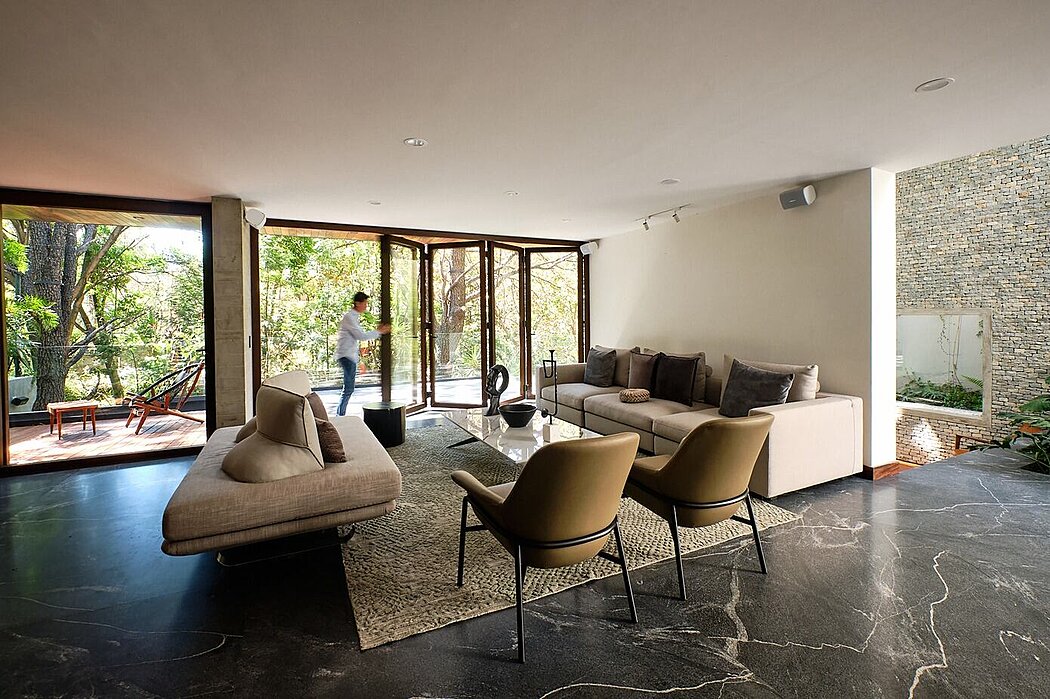 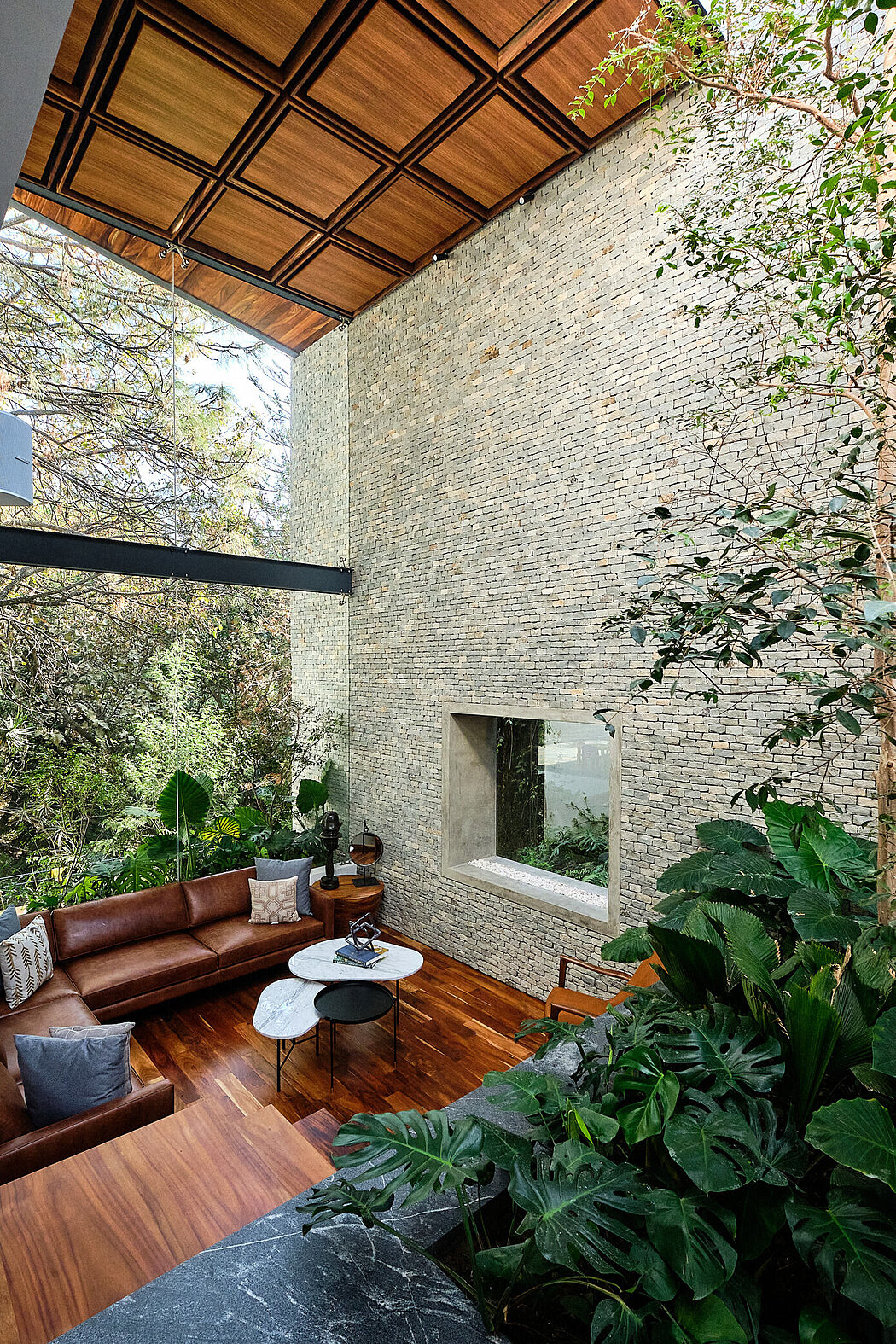 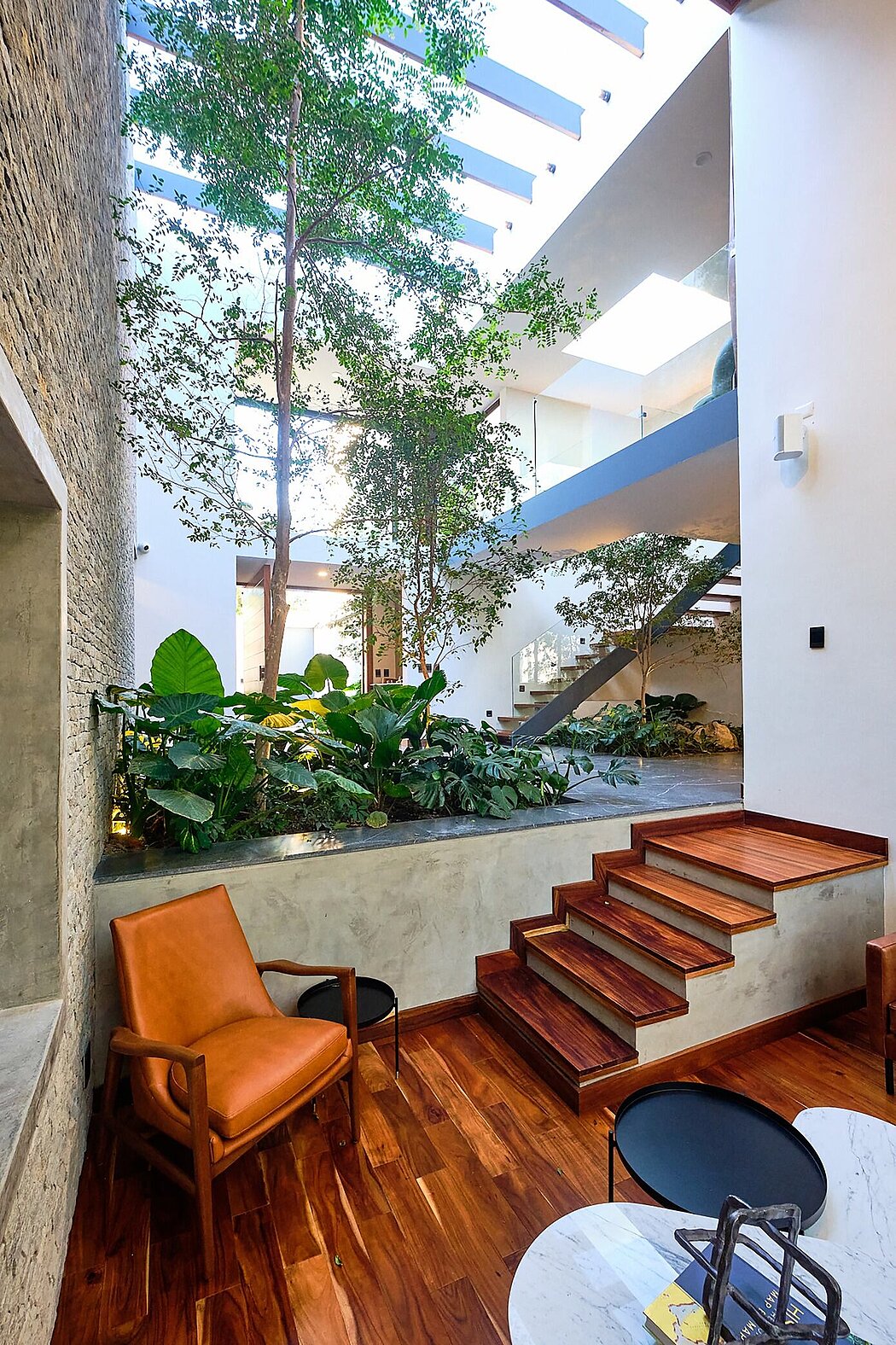 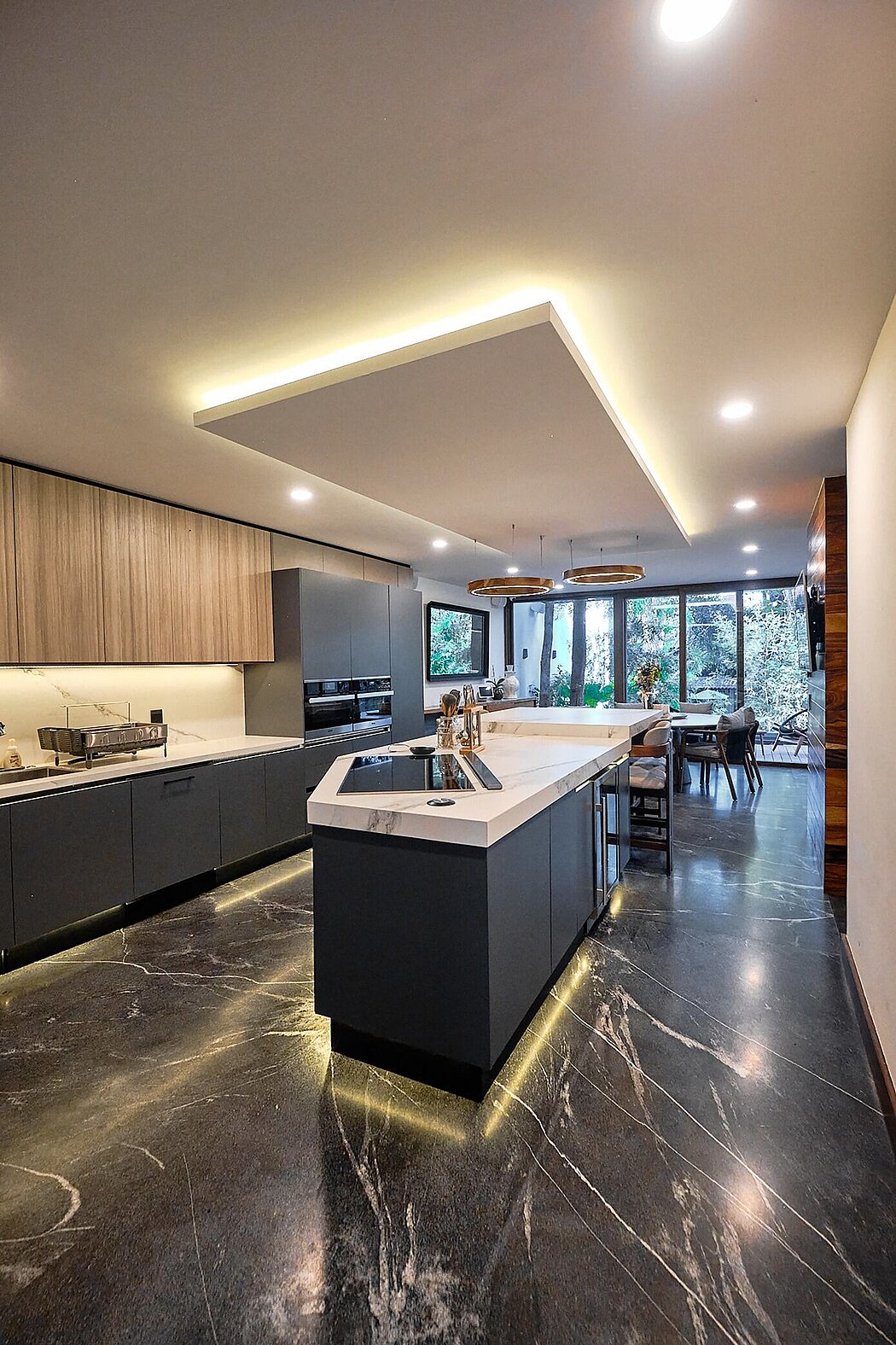 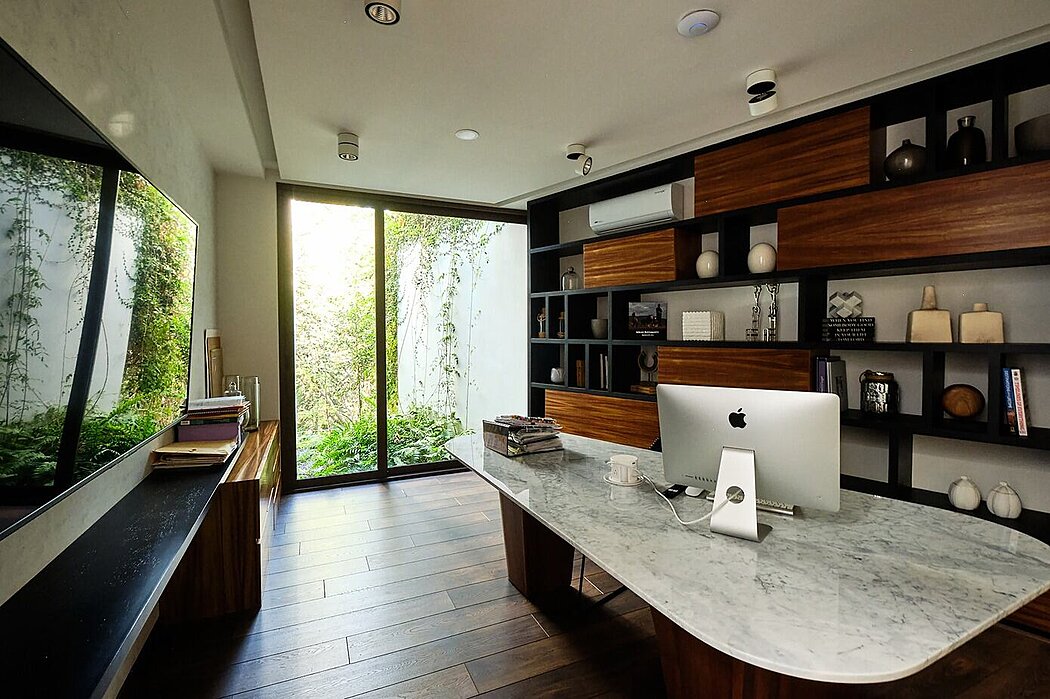 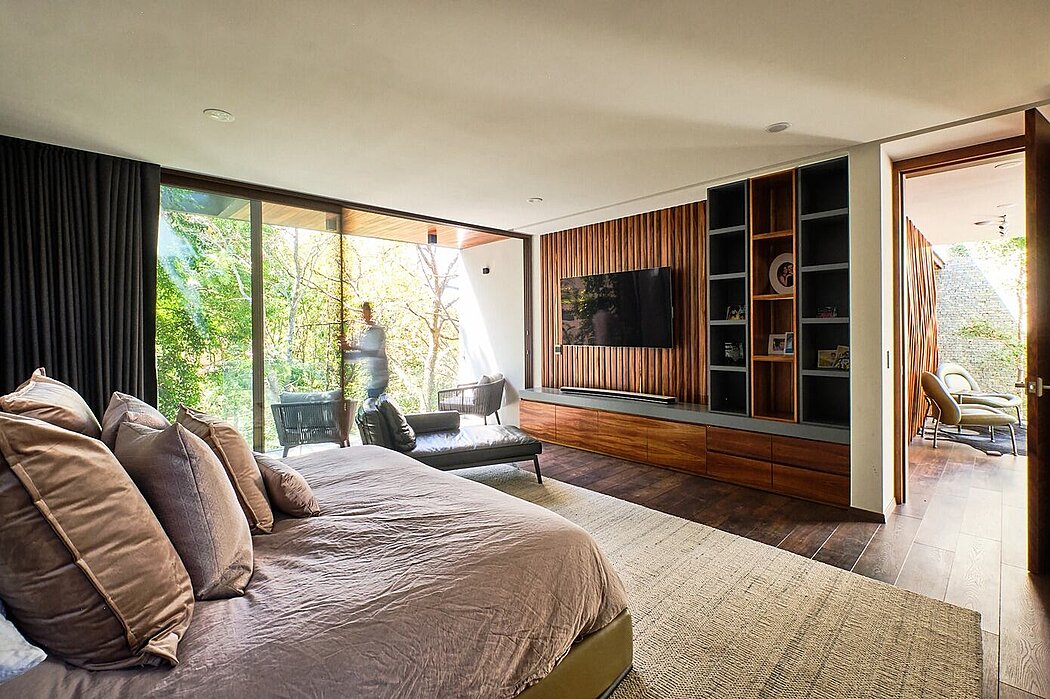 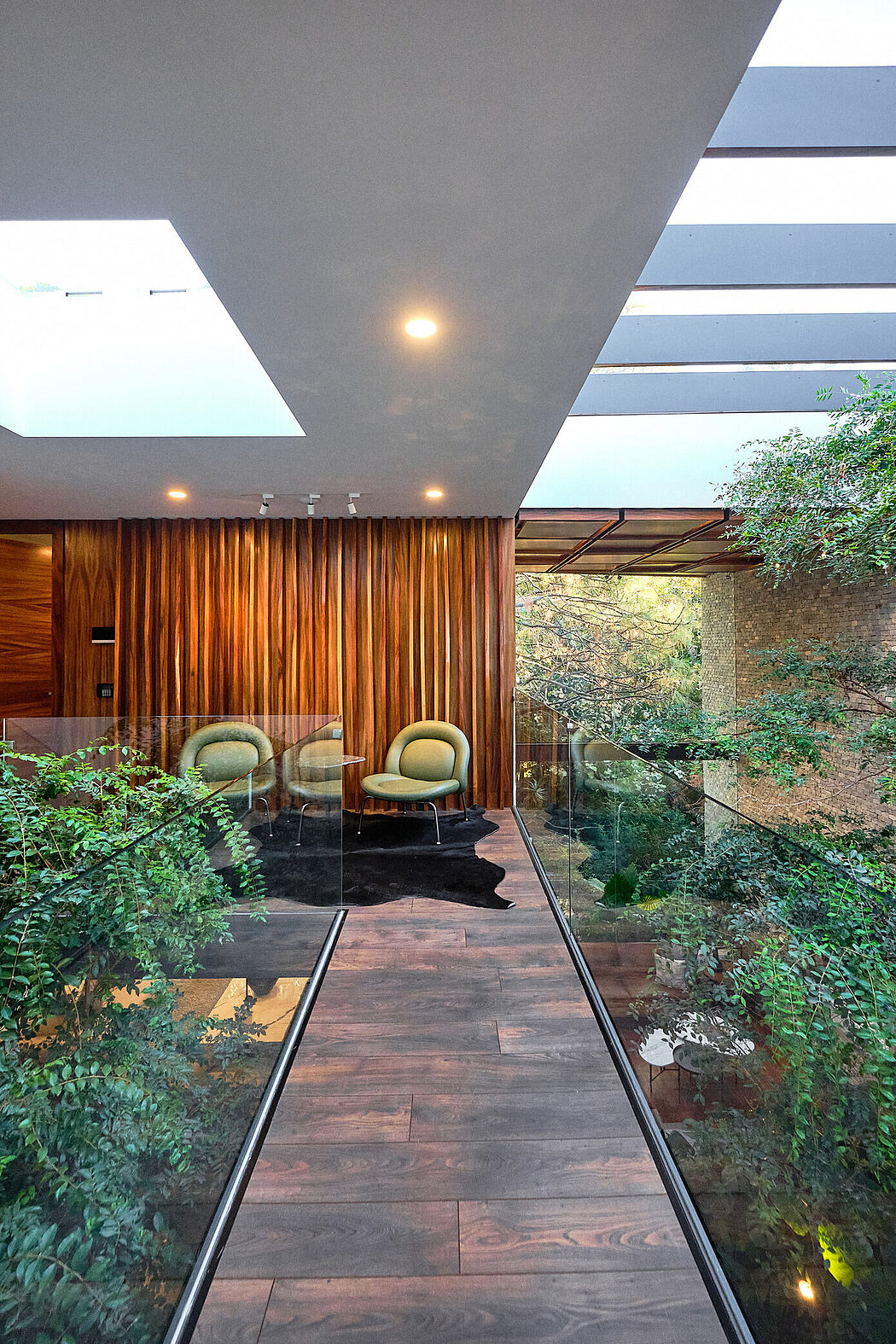 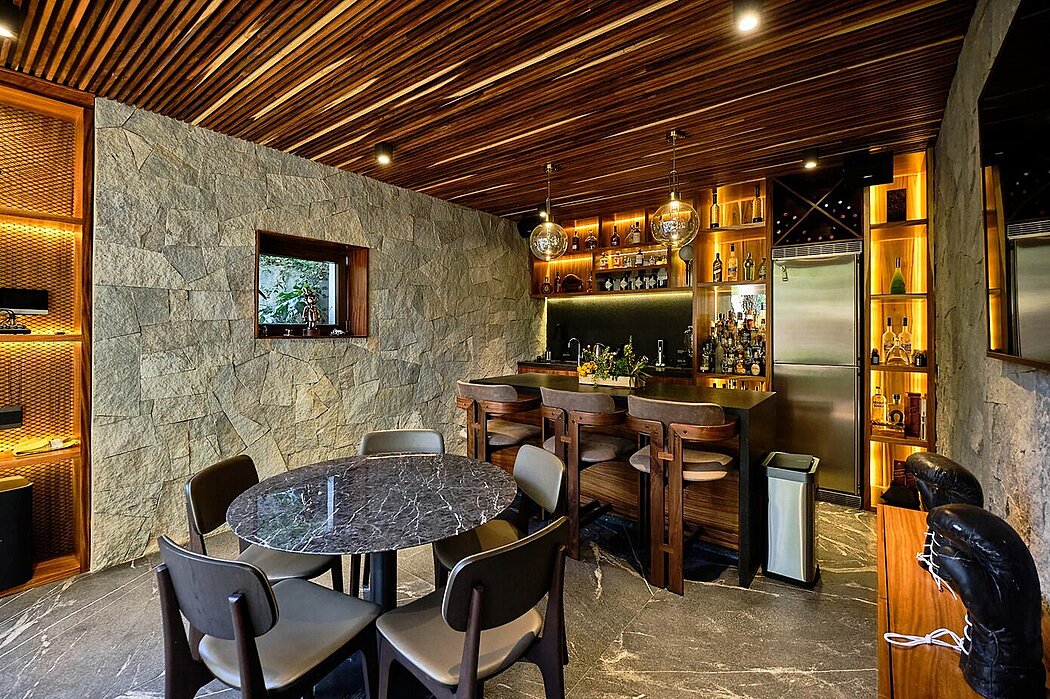 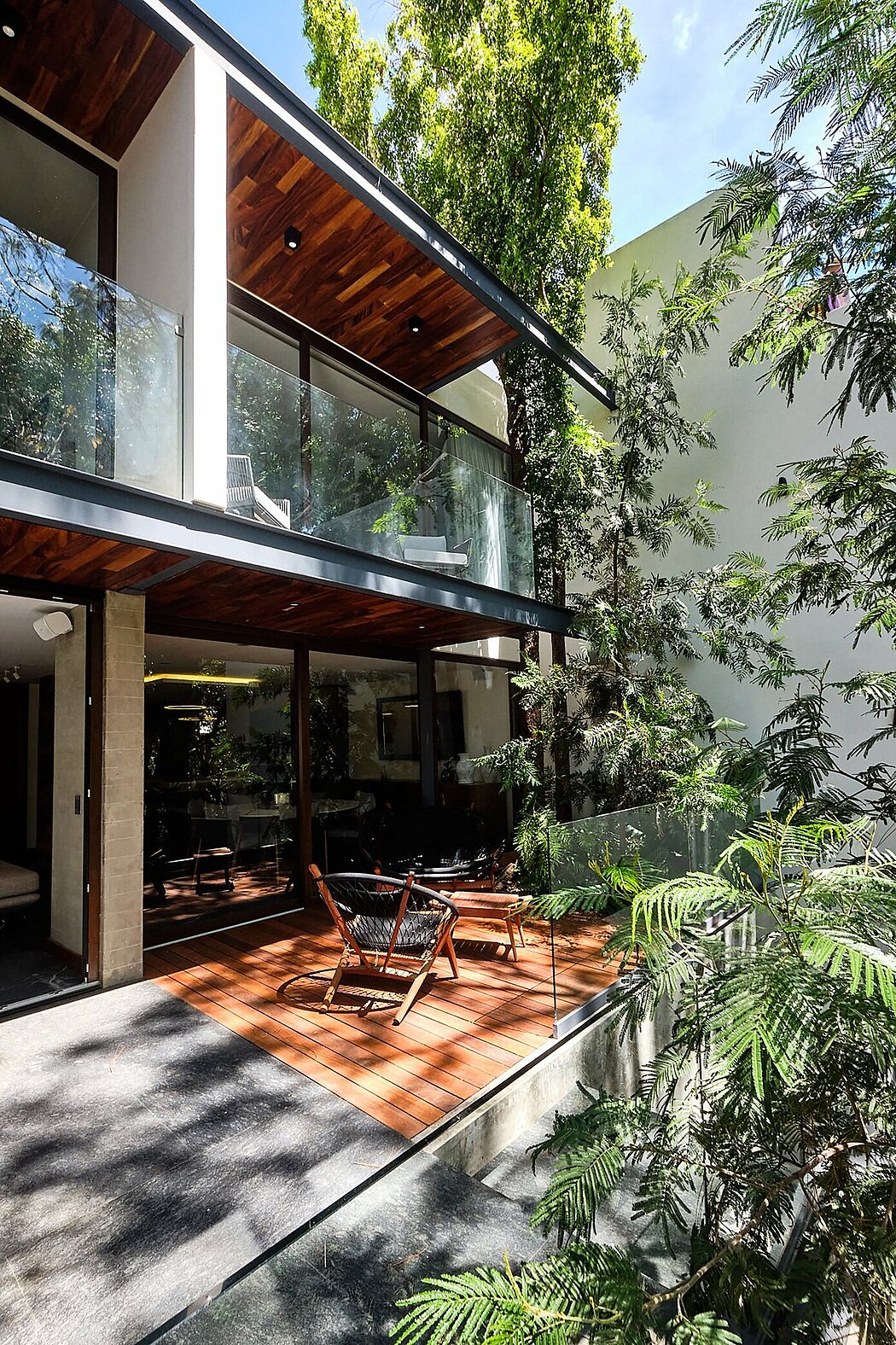 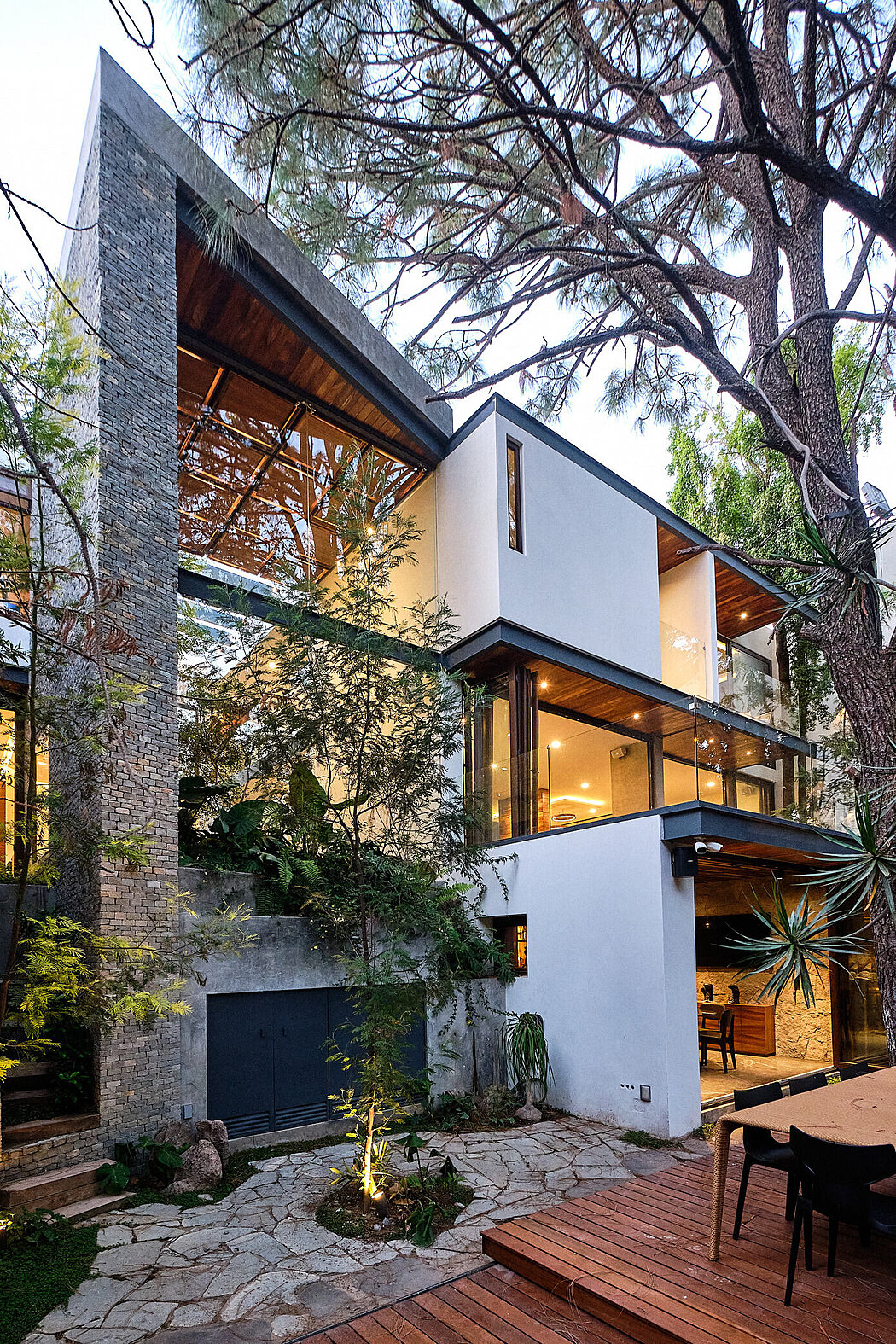 The project consists of the remodeling and expansion of a pre-existing house, with a construction of an age of not less than 35-40 years. The site has a particular location and rugged topography, as it is located right on the edge of a steep gorge with up to 12m deep, covered with lush vegetation and with trees up to 25mts high, so it is difficult to believe that you are in one of the most active shopping and financial area of the city of Guadalajara.

CS House is conceived as a set of solid blocks; from the façade it is perceived solid and enclosed. That apparent solidity is compromised by the permeability of light and vegetation with its abrupt irruption into the interior. From the entrance you find yourself living among the vegetation, as if it were making its way naturally through the stone, as you move forward and walk through the house, until it surrounds you. The views towards the canyon are integrated into the material essence of the work, generating axis with visual finishes towards nature no matter where you are in the house.

The project is developed from 3 well-defined volumes, joined internally by a bridge element that runs through the void formed between them, creating large double-height spaces where the materials, used with a balance between the modern and the stony, in synergy with natural light and trees.

The architectural program was developed for a young couple (in their 30’s) with two children under 5 years old. The objective of the project was to make a house more friendly to those who inhabit it and who visit it, both children and older adults, since it was originally built on 7 different slopes, so it was proposed to blend floors to be able to move fluidly and safely. A house with a contemporary but cozy design; intelligent and automated, but above all sustainable to reduce the consumption of electrical energy minimizing both environmental and economic negative impact, generating its own energy through solar panels and heaters.