Courtyard Variant House is a contemporary two-story residence located in , designed in 2019 by K2LD Architects. 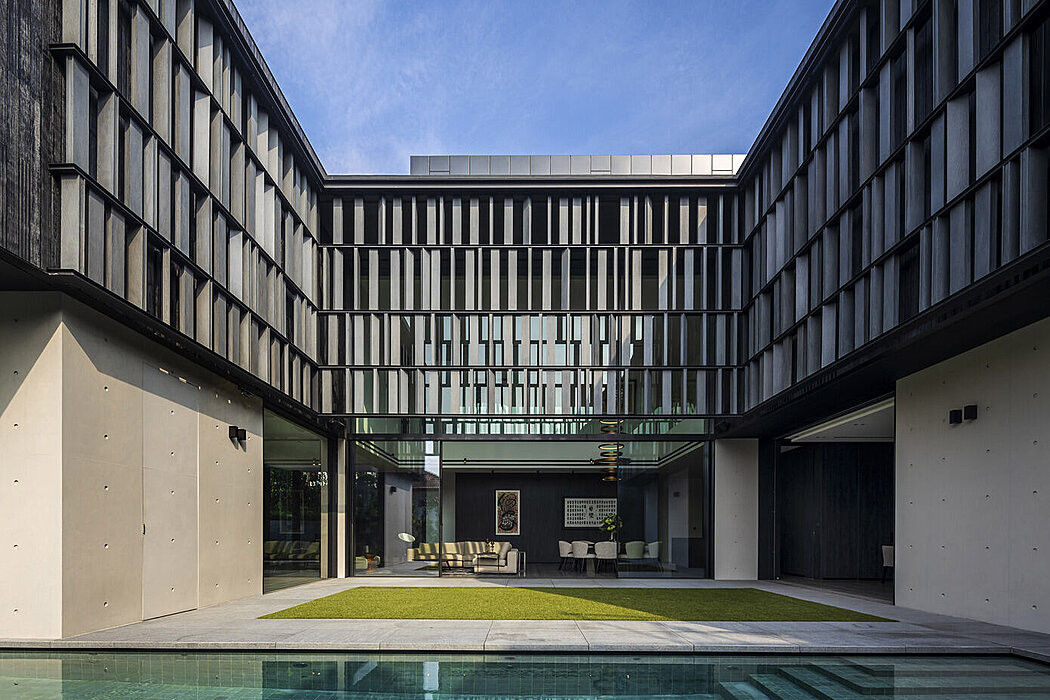 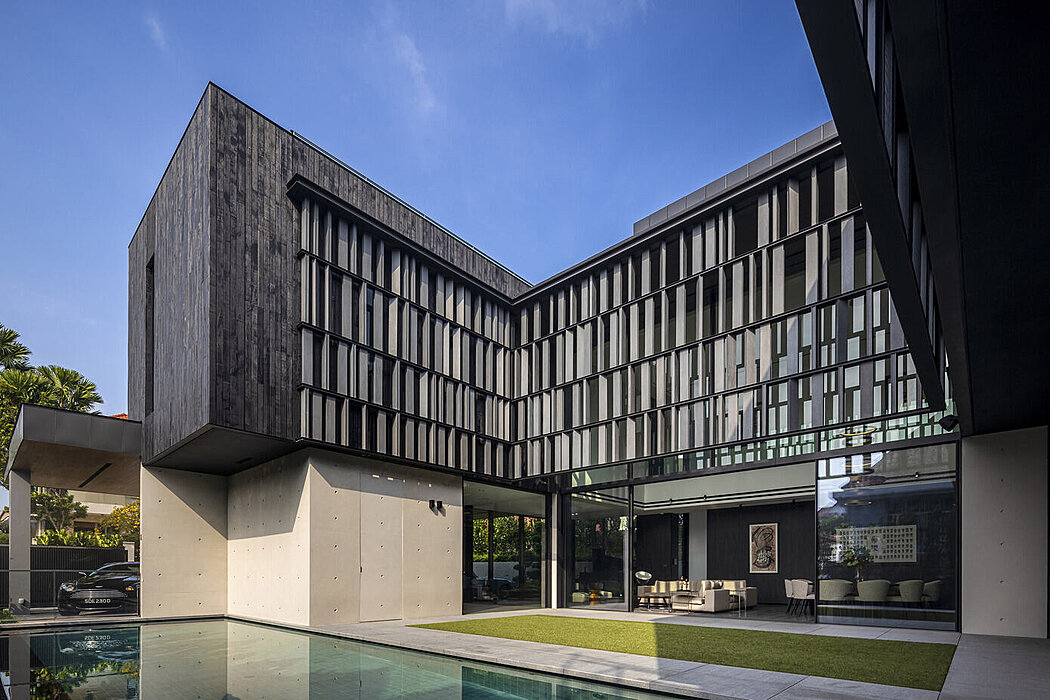 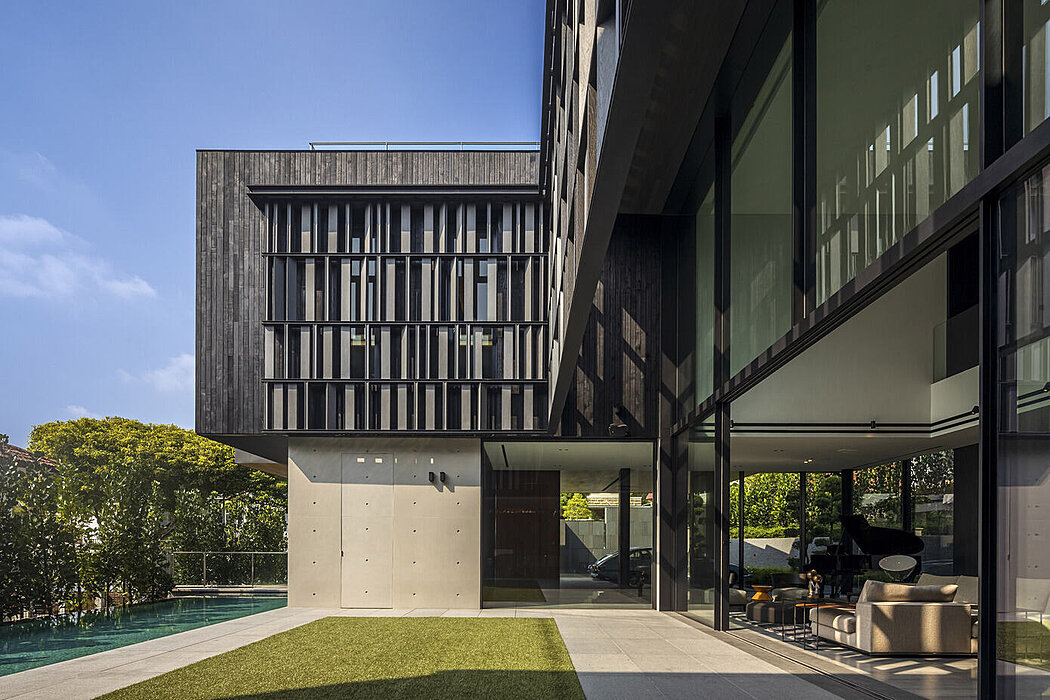 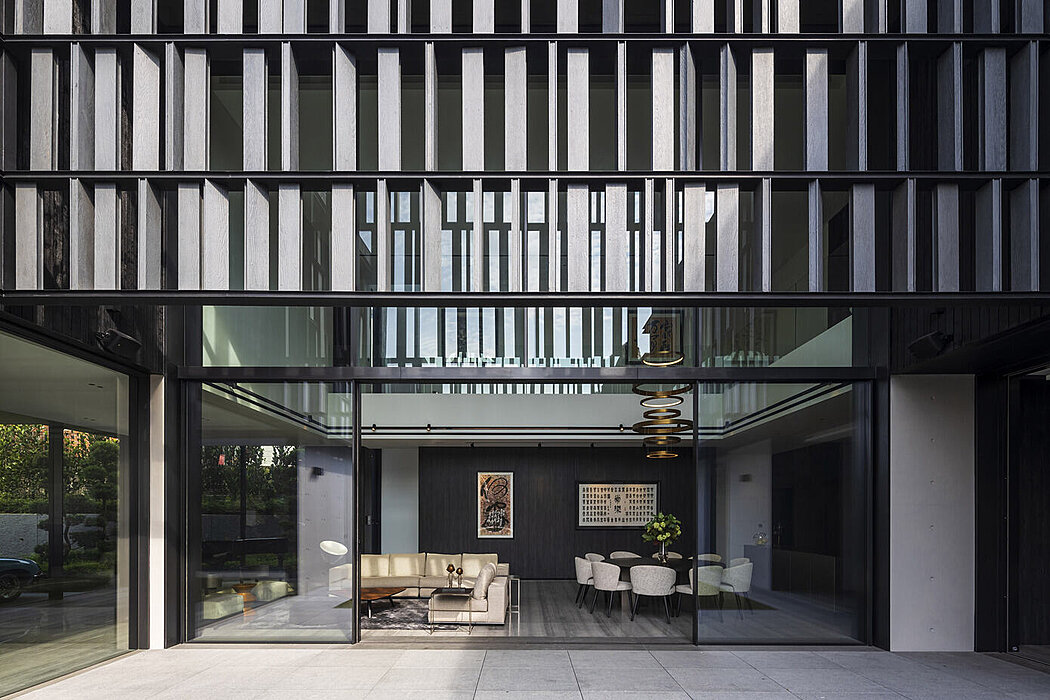 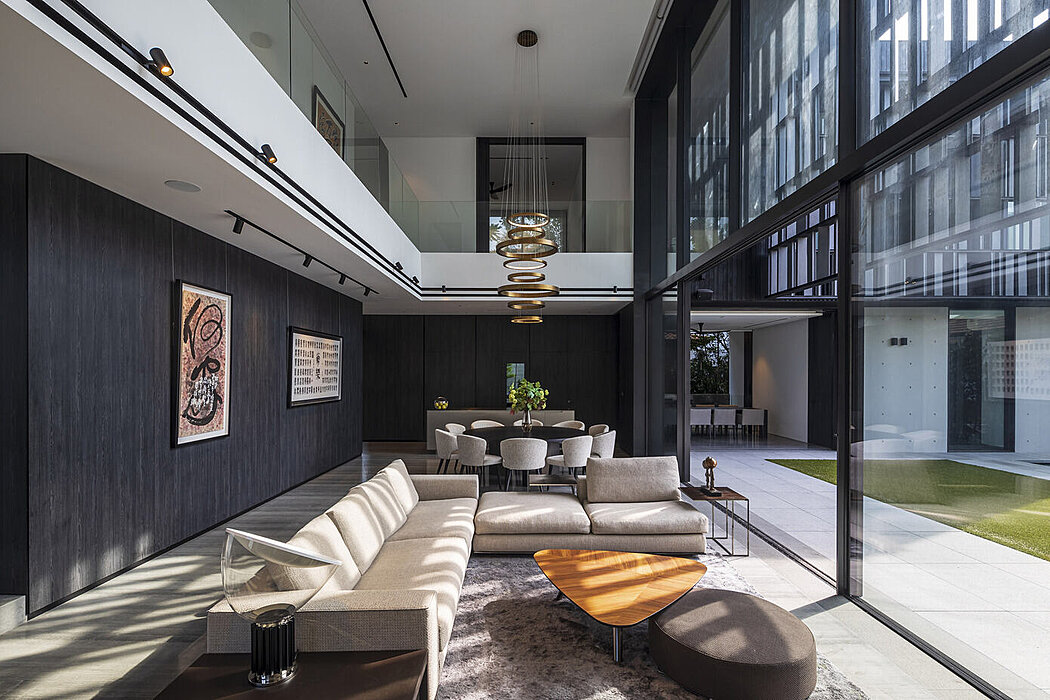 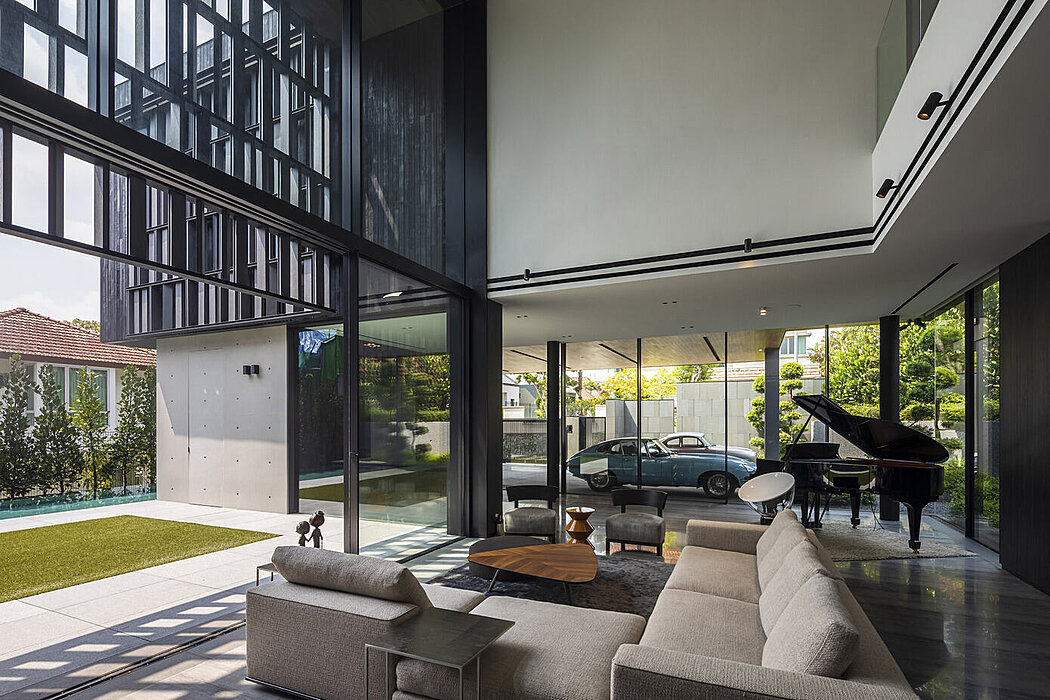 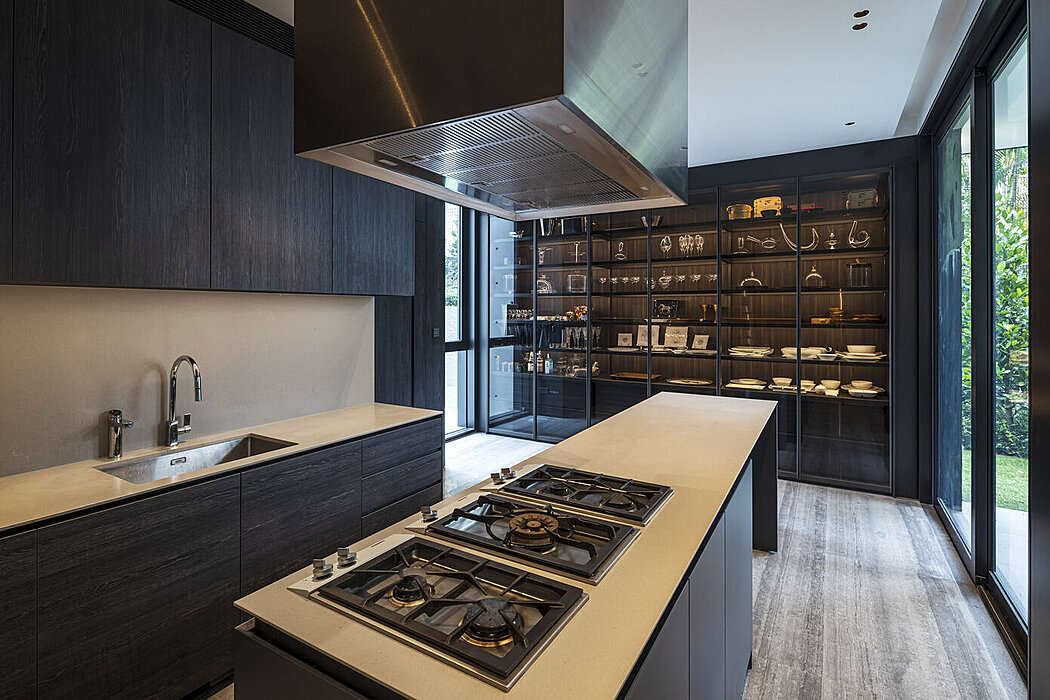 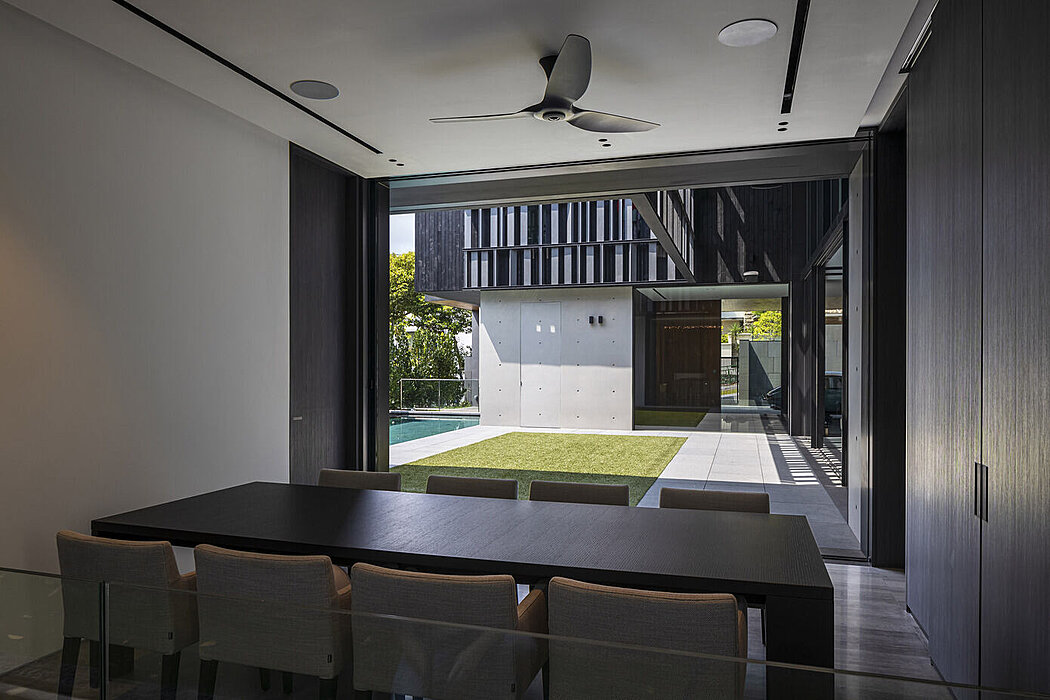 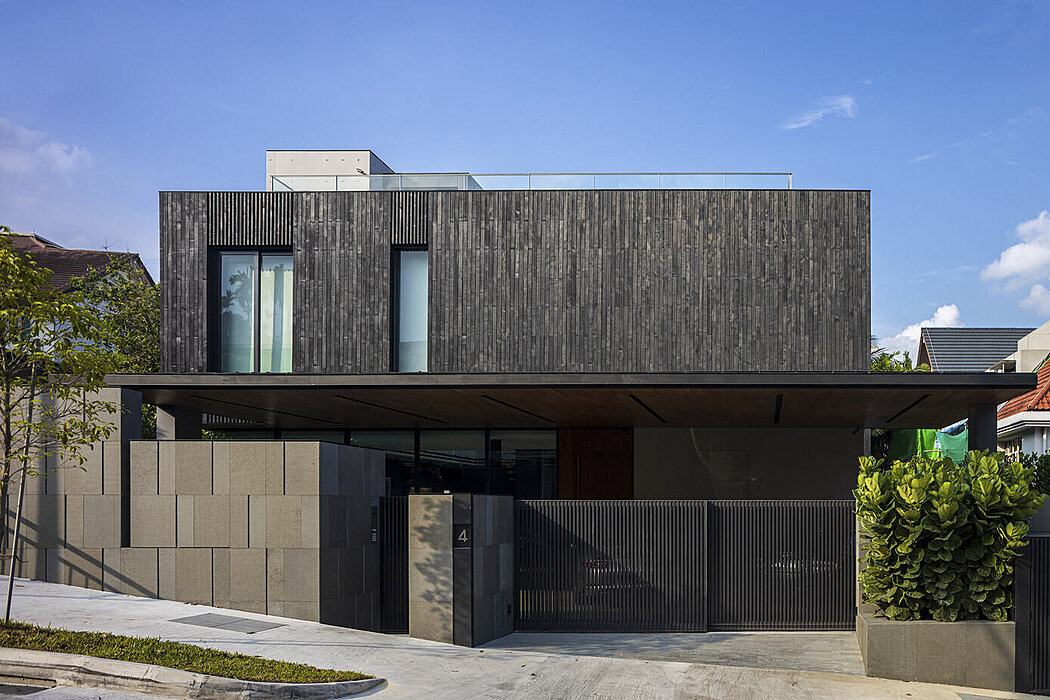 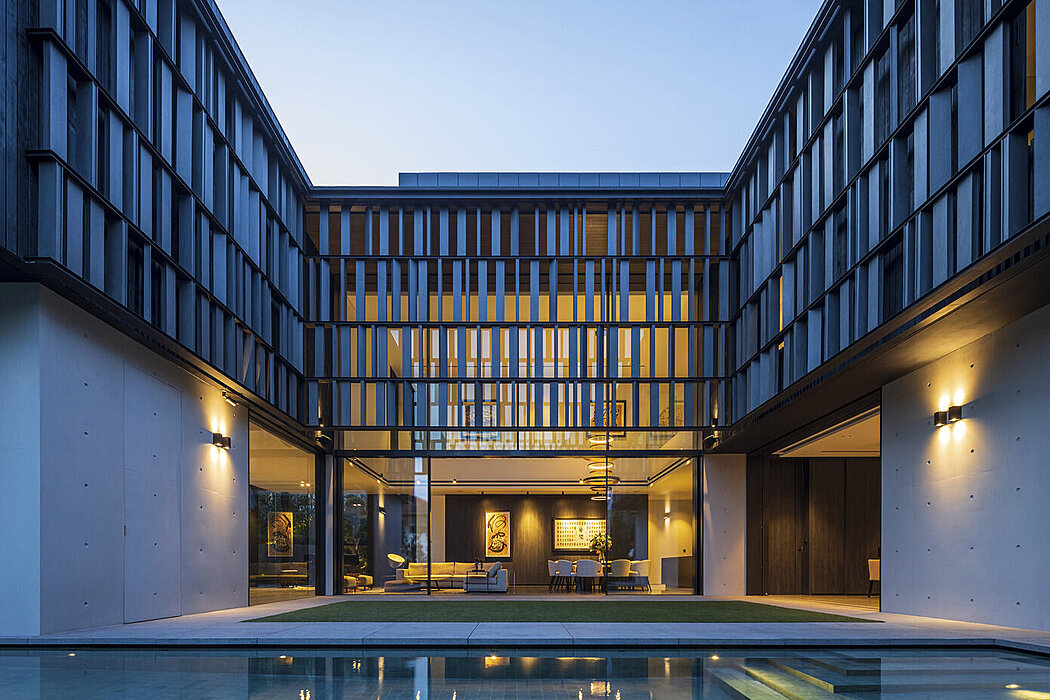 Situated in a private residential estate, the Courtyard Variant house seeks privacy from the surrounding neighbours through an inward oriented layout with an internal courtyard as the focal point of the house.

The traditionally connotes an open area of ground surrounded by buildings or walls that is open to the sky. The house uses the ‘open’ courtyard (3-sided) to reorientate the house to the west. It is a response to the site terrain, which is higher on the Western and Northern sides and lower at the Eastern end, and a functional organization strategy. The house is both a variant typology of a courtyard house and a screen variant – which is a form or version that differs in some respect from the same thing or from a standard. It should be more accurately named the Courtyard/ Screen Variant House, but we conveniently omitted the screen.

The exterior is made of primarily 3 materials: Wire brushed blacken teak, fair-faced concrete, and Dark grey granite on the boundary wall.

The house, due to the orientation, needs to shield the Eastern sun in the morning. The idea of a dynamic screen in order not to block the view to the sky completely and yet create an irregular pattern when the shadow is cast in the house caught the imagination of the client and we proceeded to design the inner courtyard look that differs from the outer skin. The screen details also hide the steel bracing that holds the screen lattice together.

To emphasize our minimalist design approach, the subtle texture of the wire-brushed wood is deliberately contrasted with a neutral fair-faced concrete material with the tie-holes purposefully planned to give it an engineered precision.