Chalet Perché is a modern located in Kerhonkson, New York, designed in 2018 by . 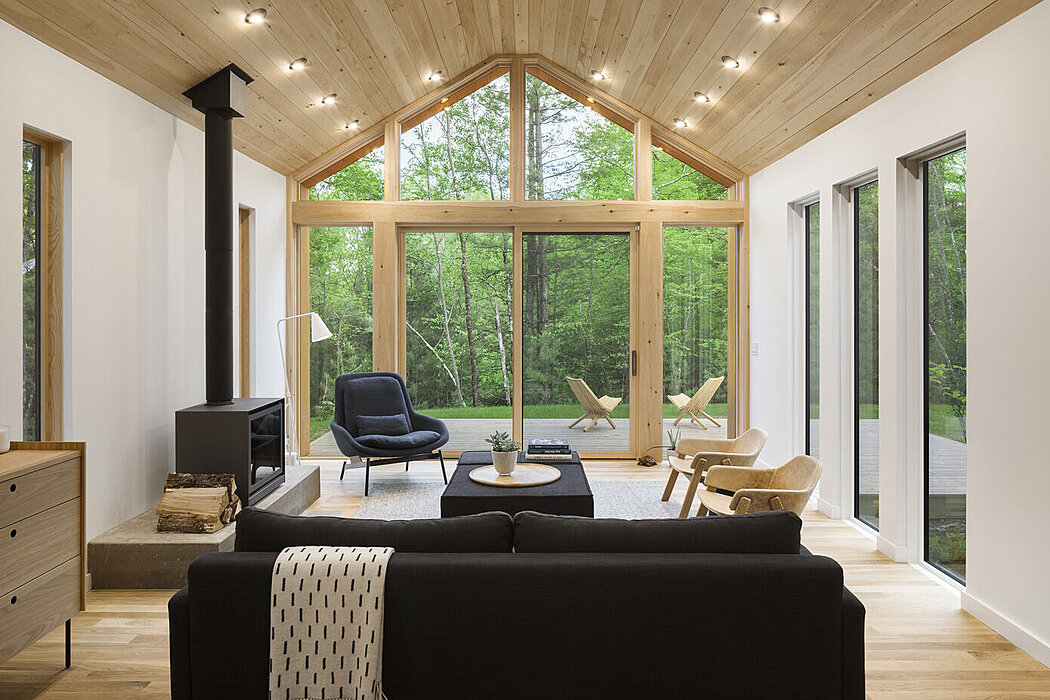 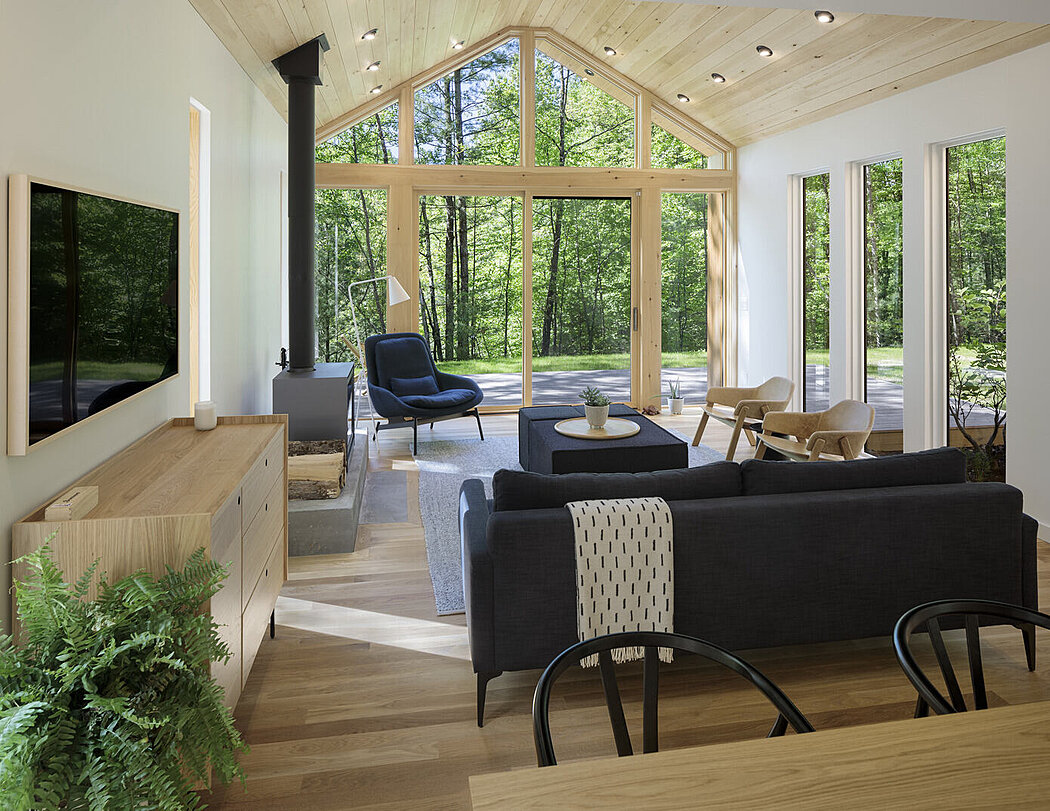 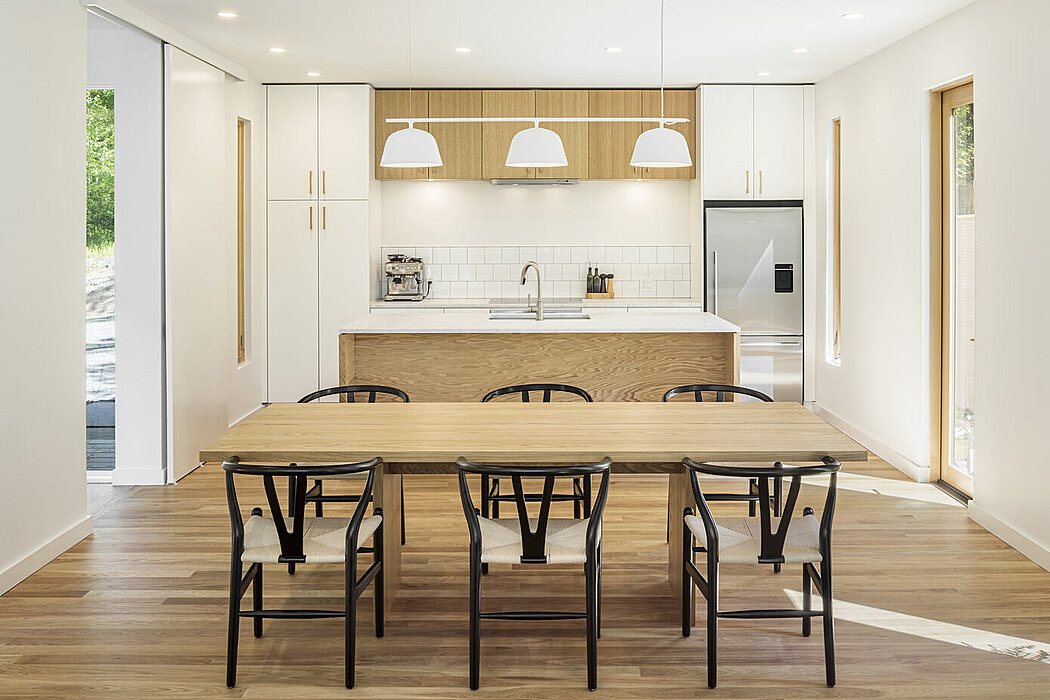 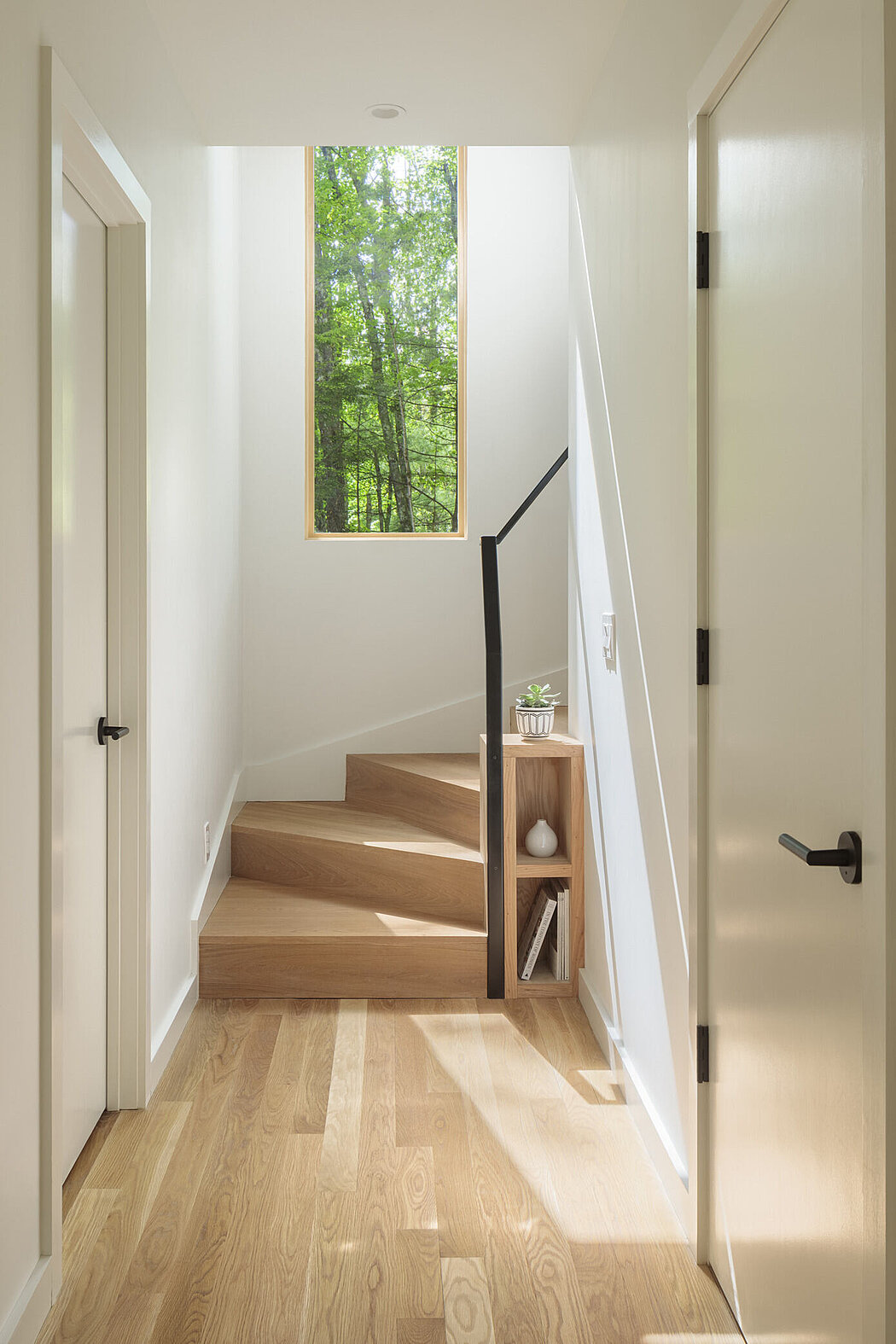 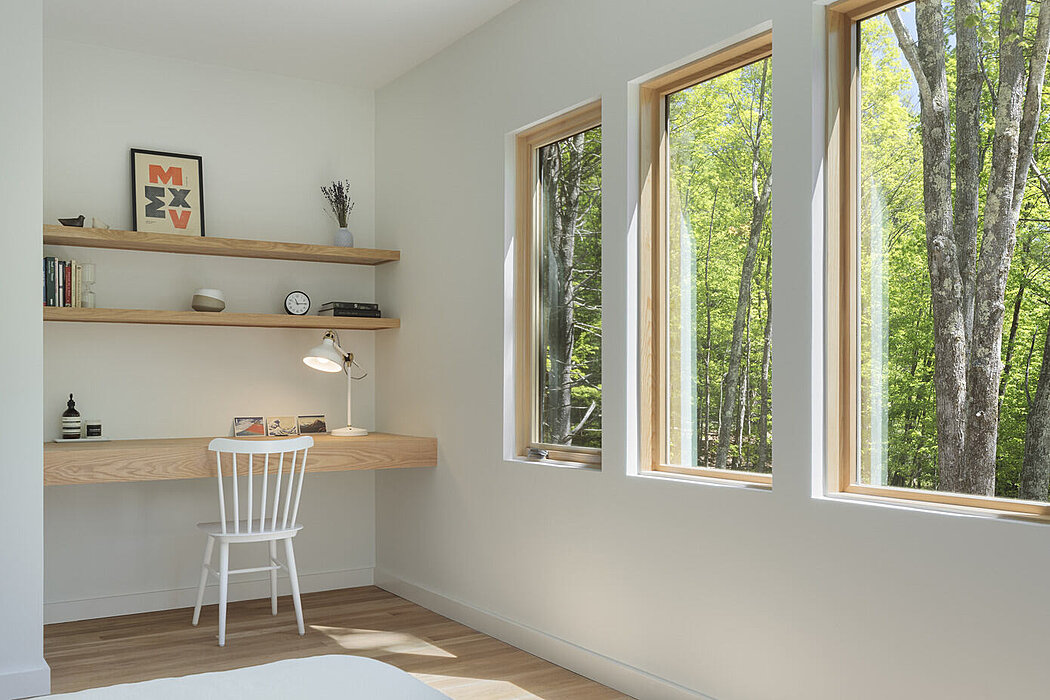 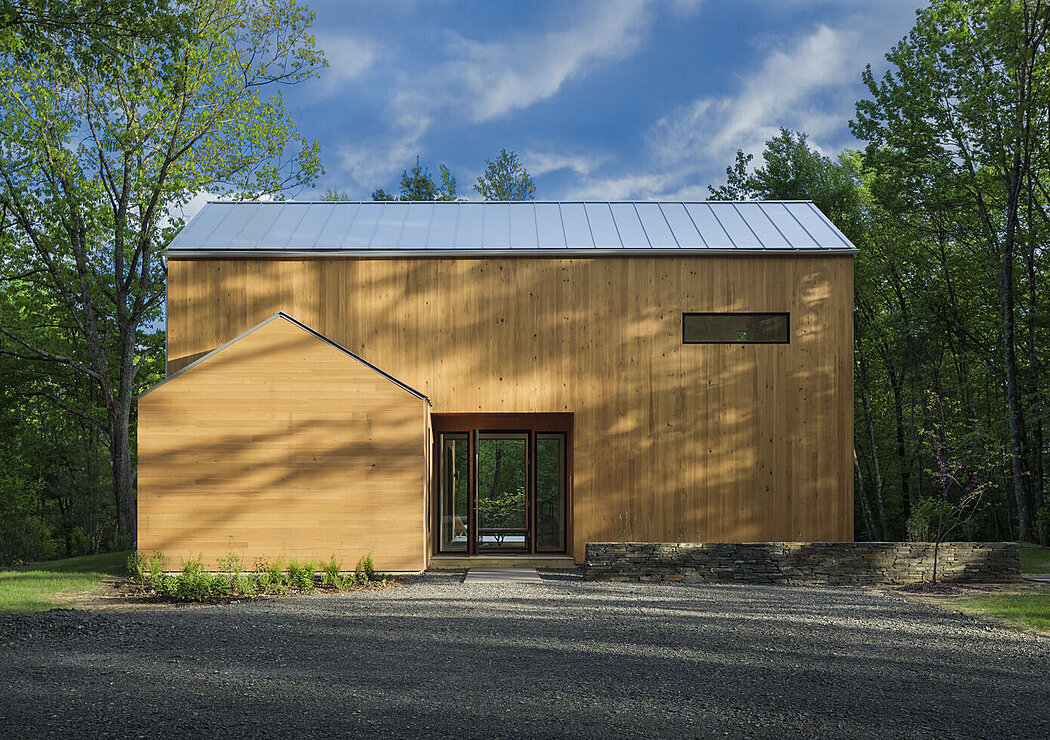 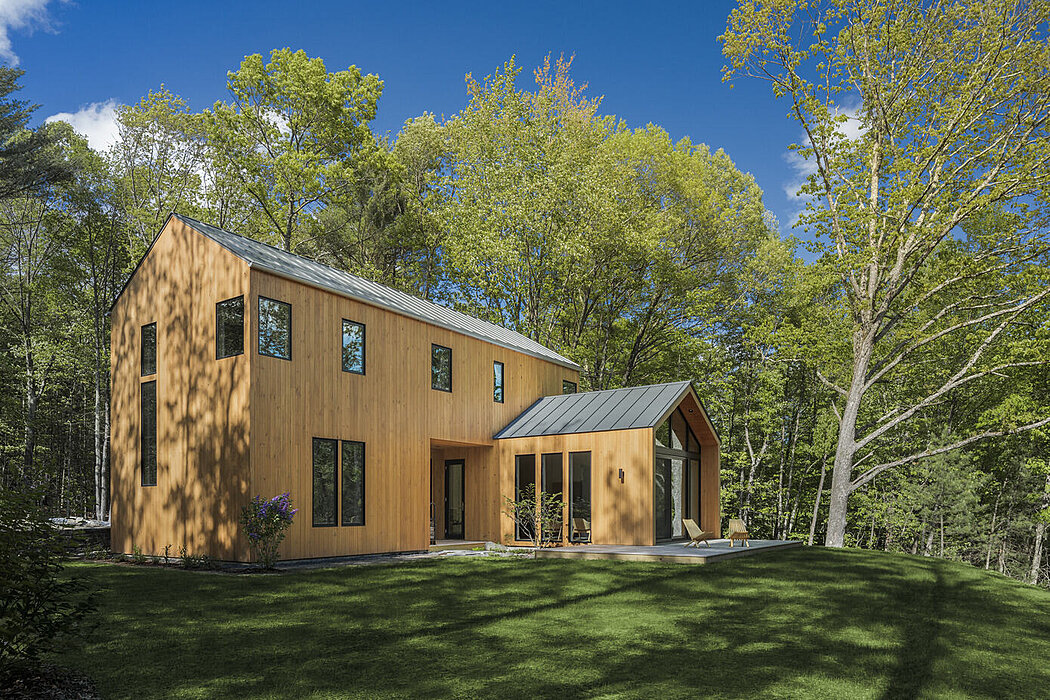 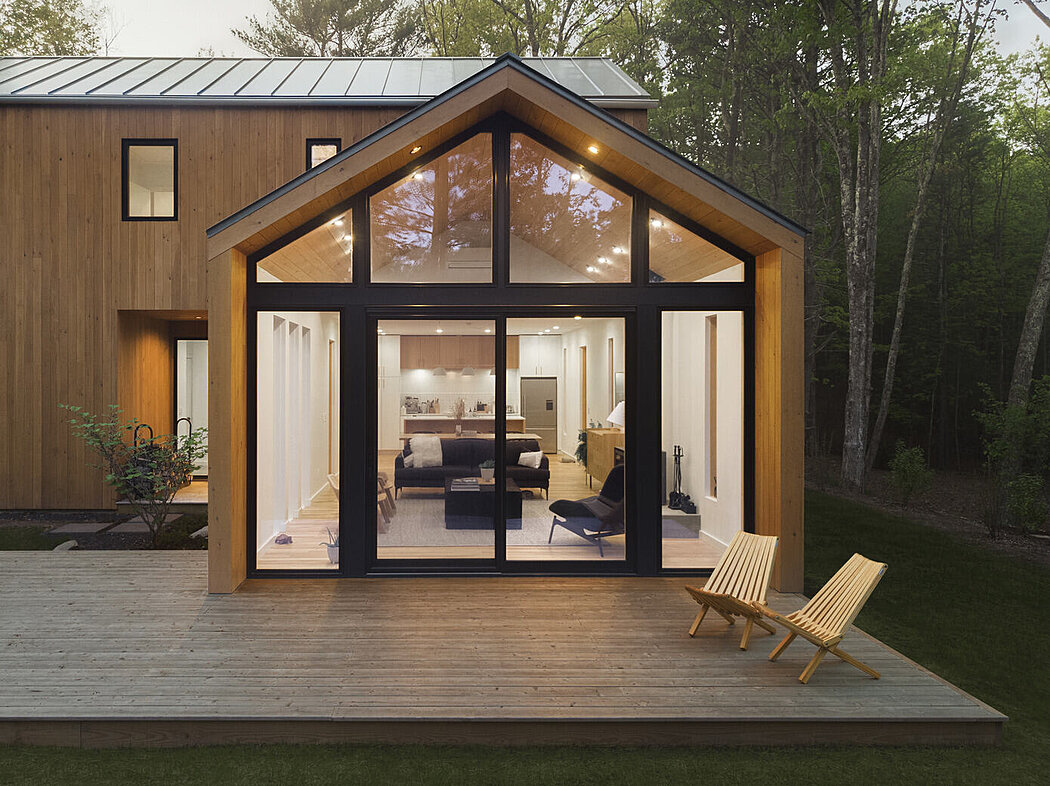 Delicately resting on top of an elevated site, Chalet Perché is the aesthetic marriage of a modern minimalist dwelling and a traditional French chalet.

Allured by the idea of a retreat from New York City, a young, creative couple was drawn to the Hudson Valley, their shared French roots ultimately pulling them towards a ‘modern chalet’ concept for their planned getaway. Identifying an undulating parcel of forested land, the couple was attracted to inspiring views of the Shawangunk Mountains afforded by the elevated vantage point. Perched on top of the site facing south, the home was aptly named Chalet Perché – “perched chalet” in French.

Although the home would primarily be a weekend getaway for the couple, it needed to fulfill several possible future scenarios: accommodating a child if their family grew, serving as a marketable vacation property to rent while they were away, or perhaps even becoming their permanent home if they chose to relocate to the Hudson Valley. Without one singular use case, the Studio MM team was challenged to design the space in a way that would be exceptionally adaptable and flexible.

Separating the private and public space, priority was given to the first floor living room, where the clients would spend the majority of their time. The open space – consisting of kitchen, living, and dining rooms – is framed by soaring vaulted ceilings with sugar pine paneling, and a glass window wall which draws the eye outdoors. In a careful balance of space and volume, lower ceiling heights were used in the private wing of the home, downplaying personal space and emphasizing public, family space.

A central entry courtyard connects the public space to the private. From the approach side of the home, the exterior pine cladding covers almost all of the façade, interrupted only sparsely by glazing. The impactful glass entryway is a visual invitation into the home, and a portal to the lush garden and foliage on the opposite side.

The flexible programming of the home called not only for the use, but the overuse of space, prominently exemplified at the home’s upper level. The second floor mezzanine was designed as a semi-public, open space that could serve as a social gathering place for guests, additional sleeping quarters for visitors, or even be walled off to create a dedicated third bedroom in the future. The second level office was designed to become a nursery if needed, and when the clients indeed welcomed a baby, a built-in desk was tucked into a corner of the main bedroom as an alternate workspace.

Flexible spaces and cozy nooks make the home functional for the growing family, while keeping the overall footprint as compact, efficient, and economical as possible. An evolving and dynamic retreat, the cozy chalet’s intentionally non-specific interior programming encourages a multitude of open-ended uses that can grow and adapt organically over time.