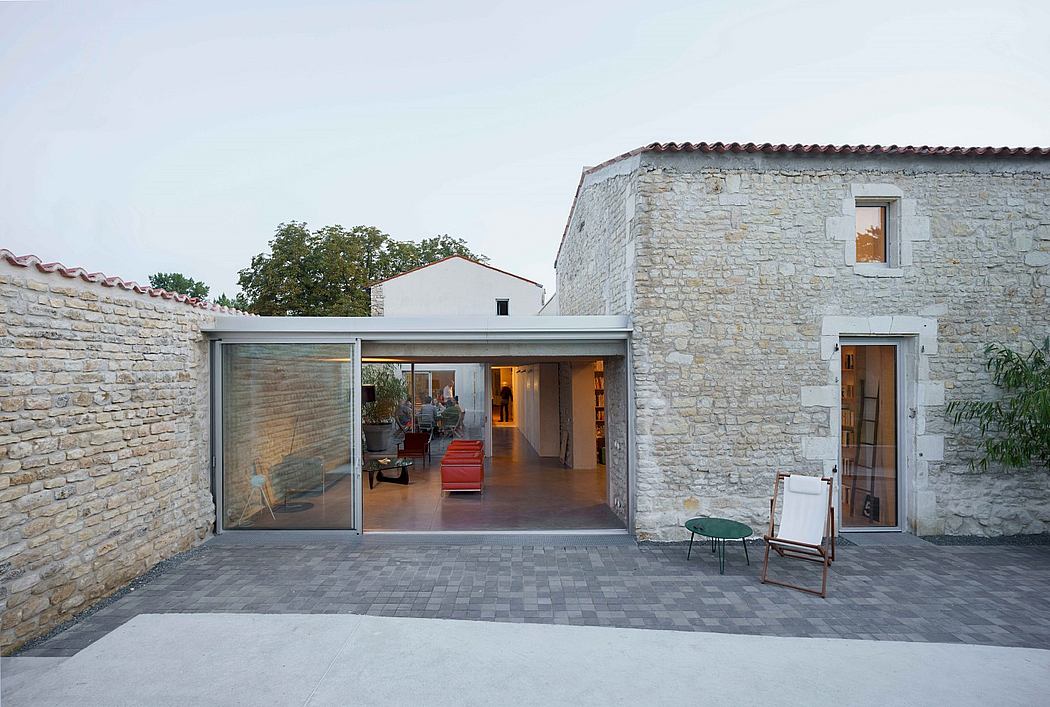 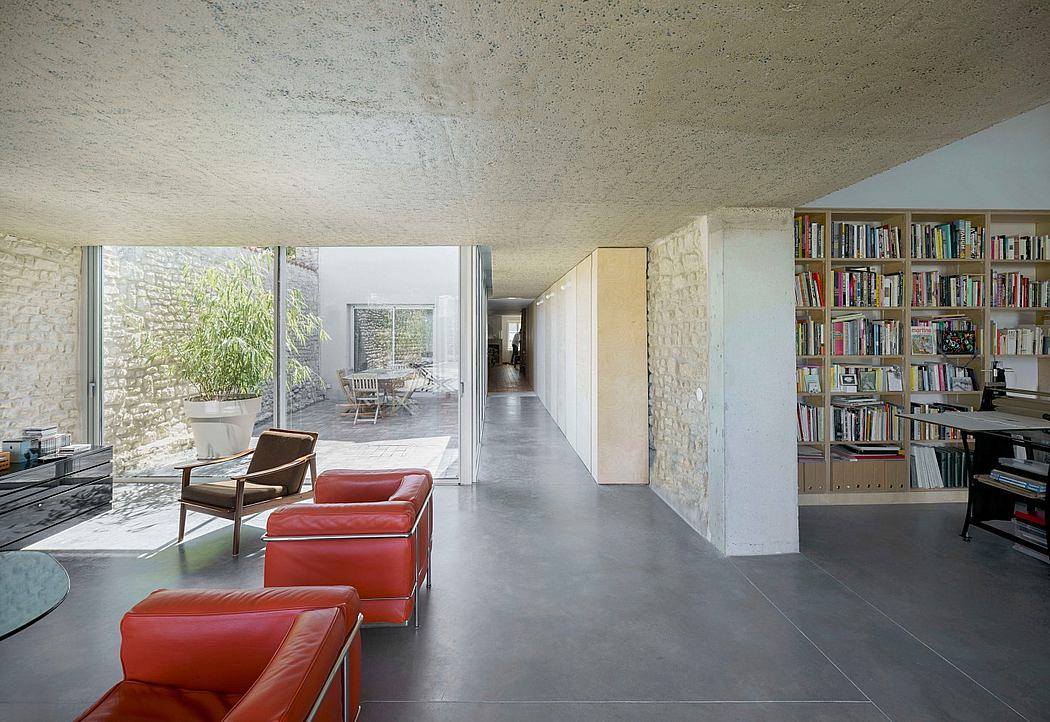 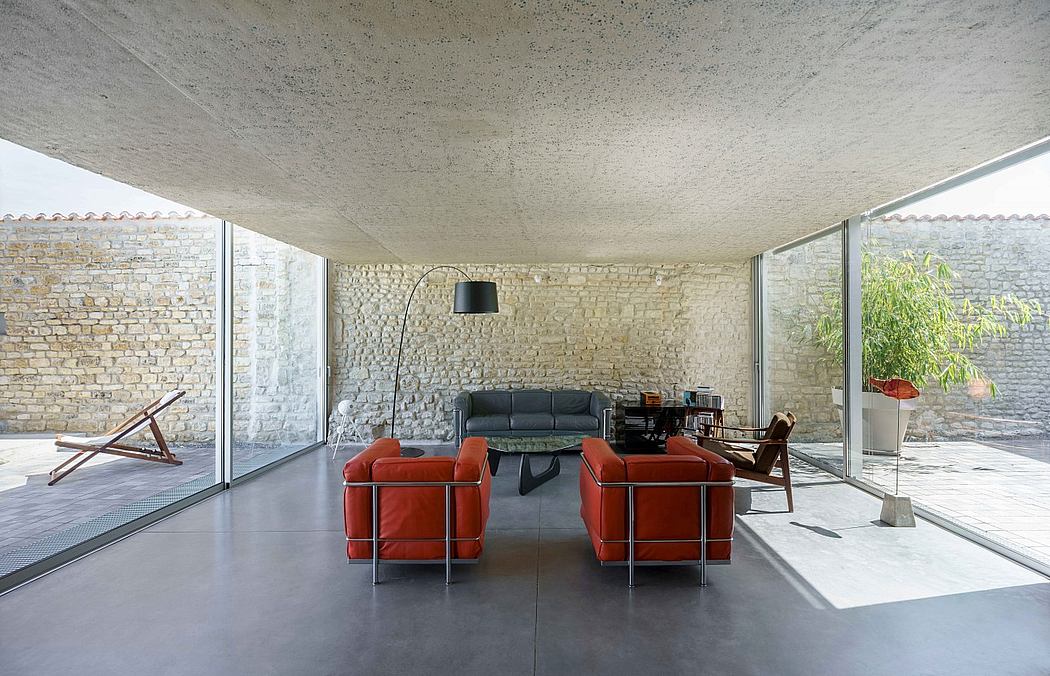 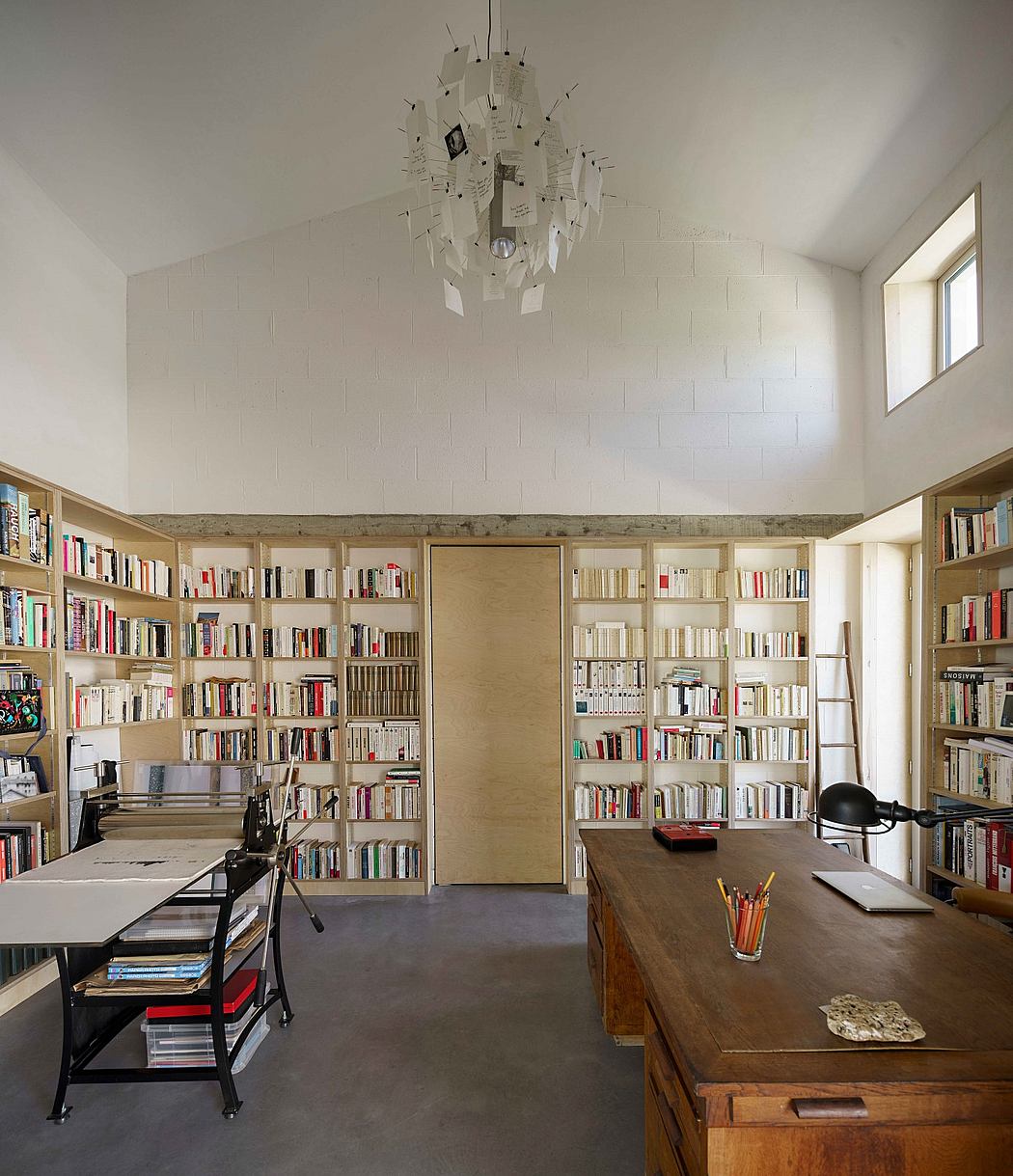 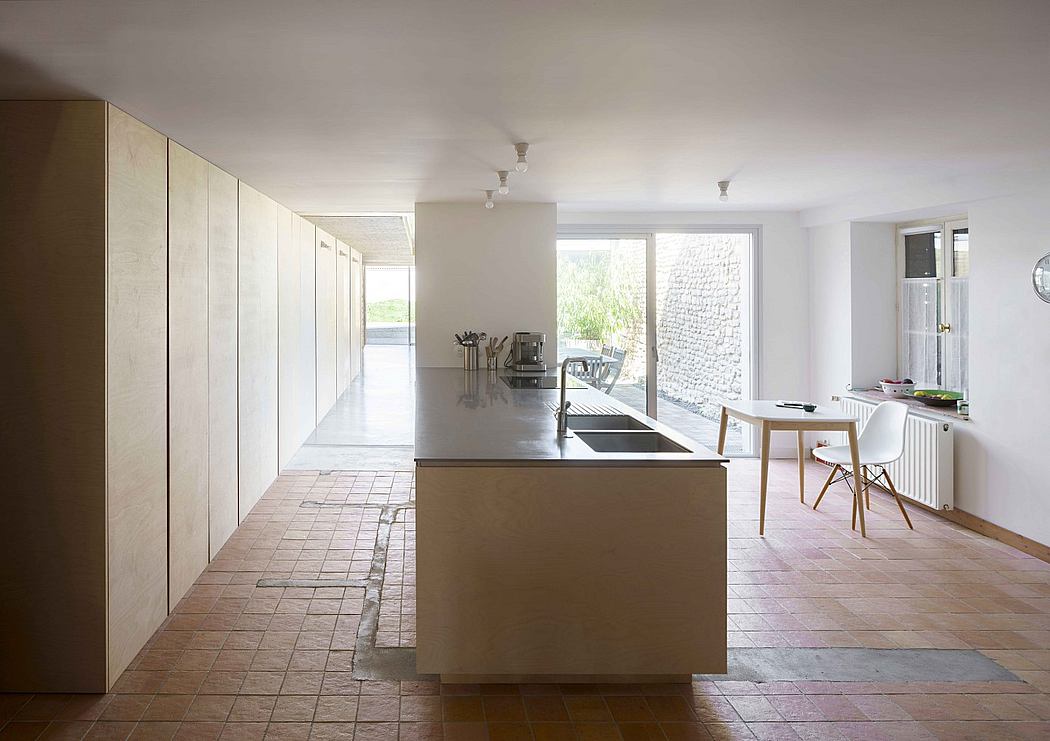 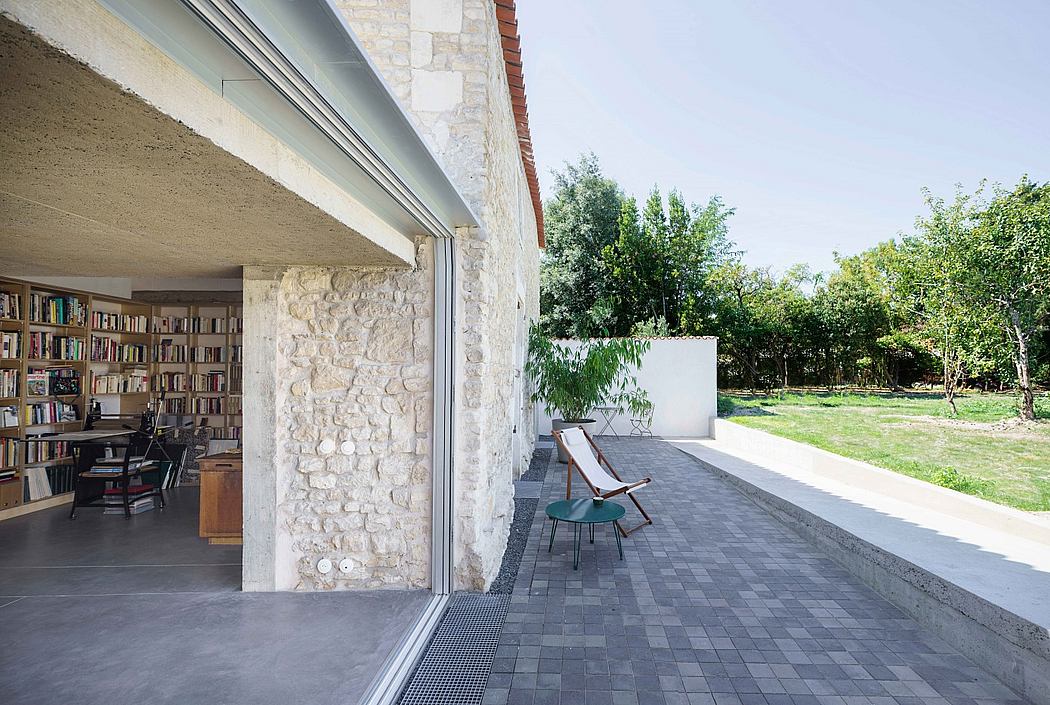 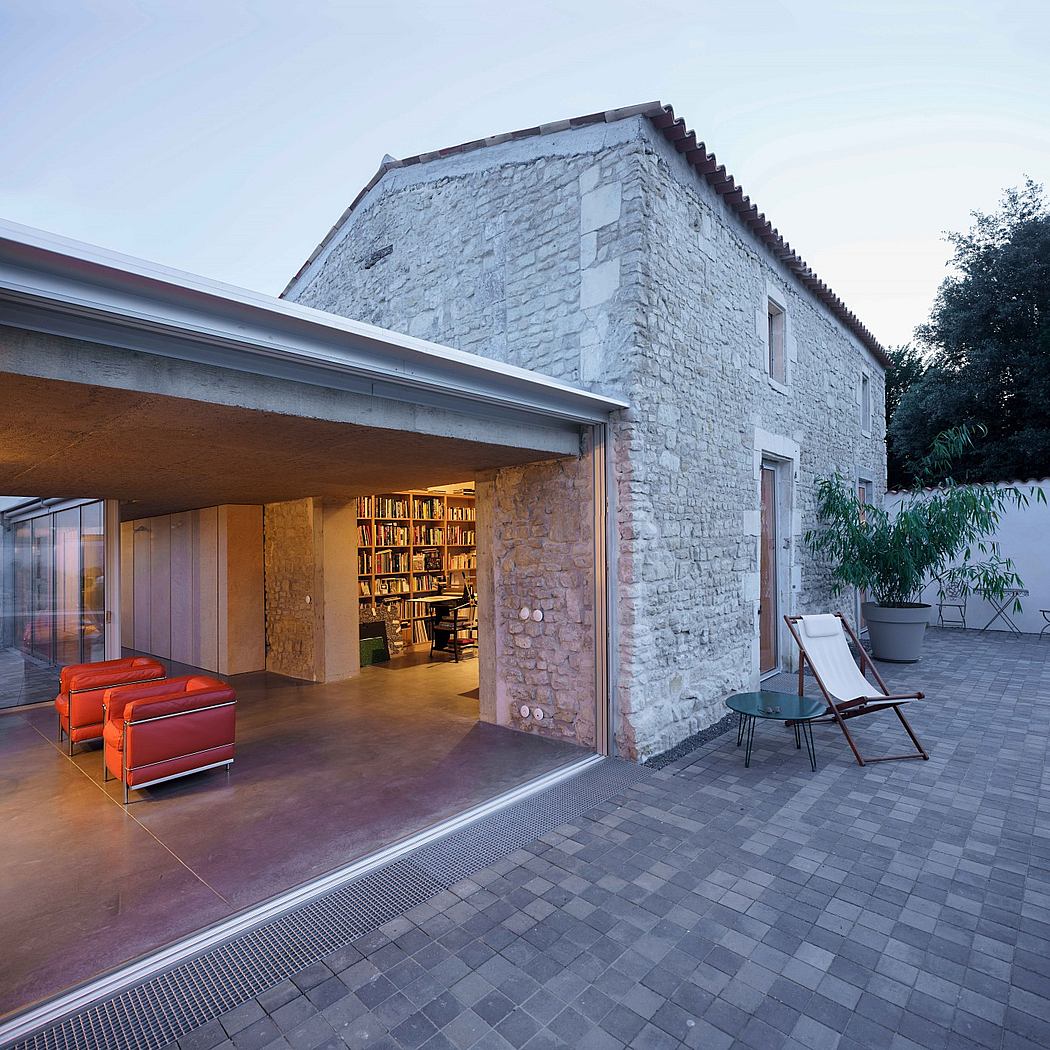 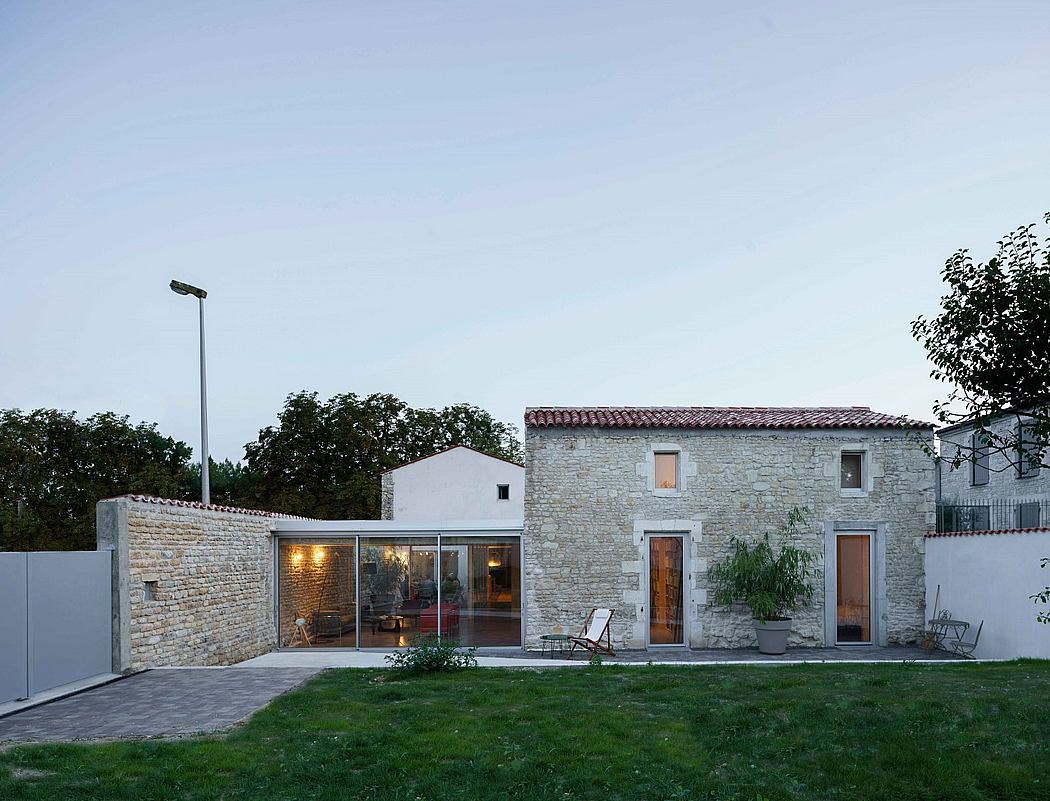 For this restoration project of an old cellar into a living space and workshop, it is proposed to articulate the two parts of the building, one inhabited and the other in the making via an extension slipped between the rubble walls and invisible since the street. This is inserted between the existing house and the rehabilitated outbuilding. It opens the living space onto the garden and generates a patio while connecting the buildings to form a single one. The workshop, set up in the double height of the cellar, faces north to benefit from suitable light.

To balance the difference in level between the buildings, the ground is lowered to provide a generous single-storey space fully accessible to a person in a wheelchair, an exterior ramp providing access to the garden and then to the street.

The disbursement made for the entire project required reworking of the existing structures, thus making it possible to take over the costs of the new structures to be carried out. Two concrete slabs form the link between the buildings. This post-free space thus frees the facades fully open to the outside.

The extension is intentionally discreet and sober to reveal the qualities of the existing building and amplify the relationship with the outside by contrast with the more massive and more opaque preserved and rehabilitated buildings.

The second work is limited to the maximum offering the materials in their raw state, the interventions targeted on old buildings are fully assumed.

We sought to build on what existed, to identify what constitutes the identity of the place and its qualities.

An identical conservation or repair of existing materials is sought in order to restore the character of the buildings preserved as much as possible. The extension is integrated into the continuity of the existing building, intentionally transparent, leaving visible the volume and composition of the preserved facades and allowing great transparency towards the garden.

The materiality is expressed in a fairly simple and clear palette. The existing and old materials bring a specific atmosphere to the place, only the added parts are differentiated and assumed.

Our approach also tends to erase disability through architecture, a lever for inclusion and independence. Offer spaces in which we are not reduced to adding elements that mark a specific situation. These additions often have the effect of further stigmatizing disability to the detriment of a coherent architecture. From the design stage, the issues were fully integrated. The first idea is not to limit a person to certain living spaces because of their disability but on the contrary to push their physical limits as much as possible.