Casa Yugen is a beautiful home located in , Brazil, designed in 2021 by . 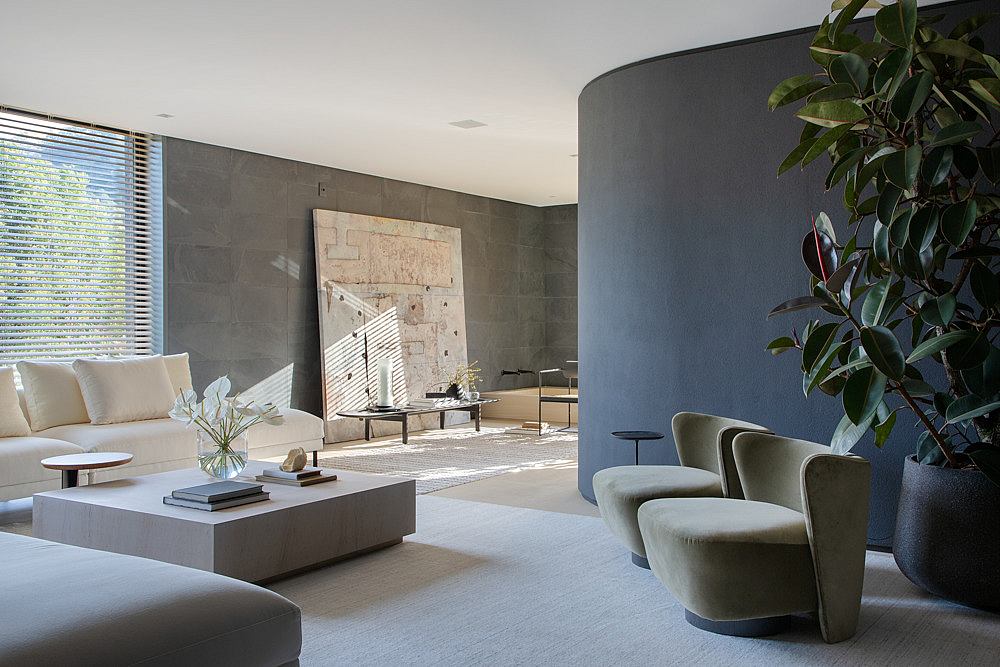 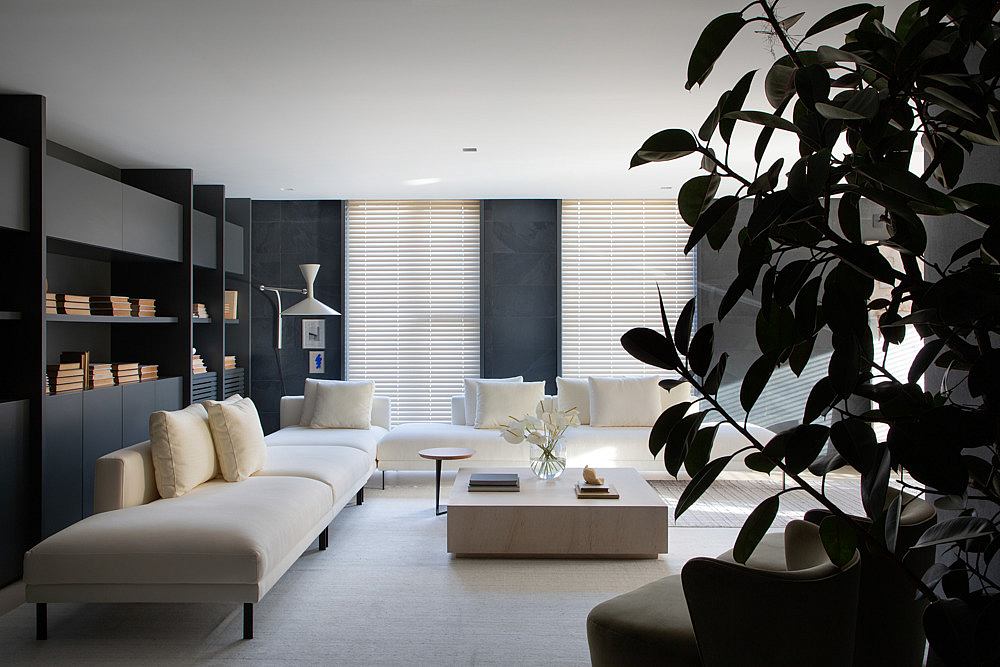 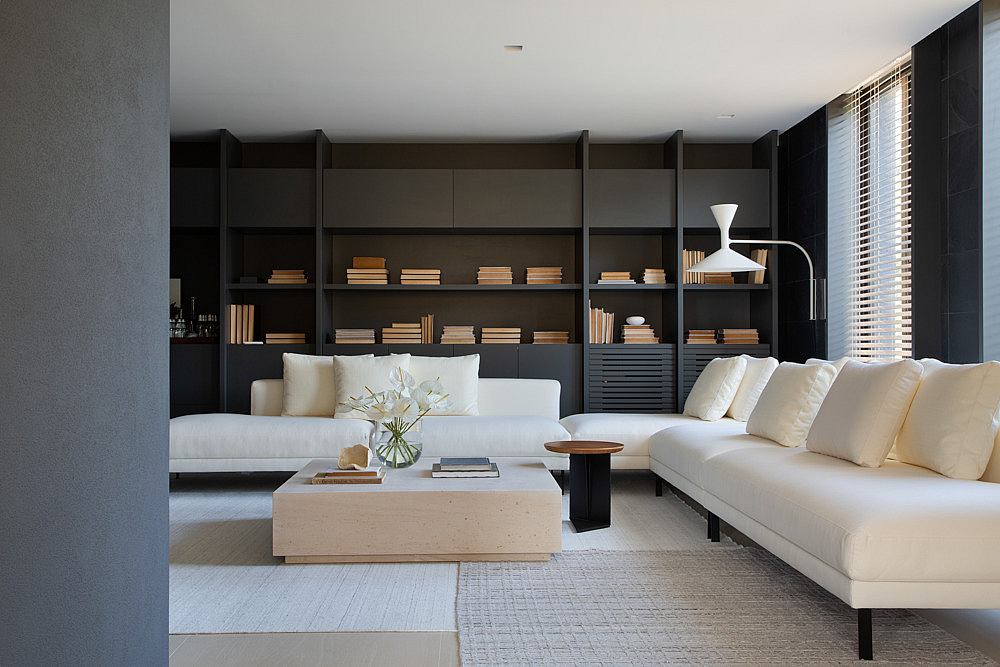 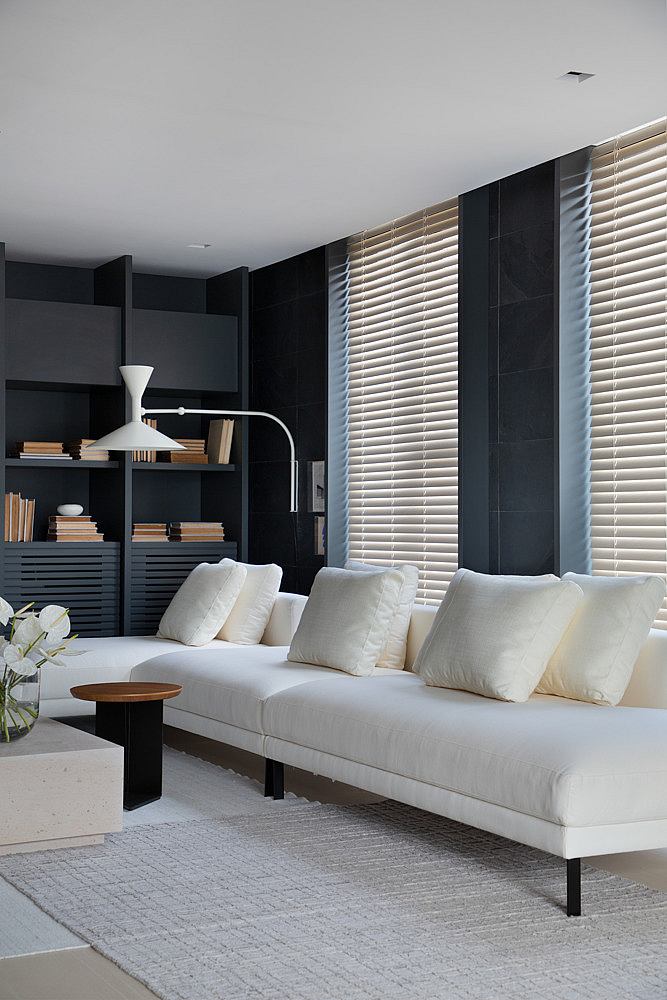 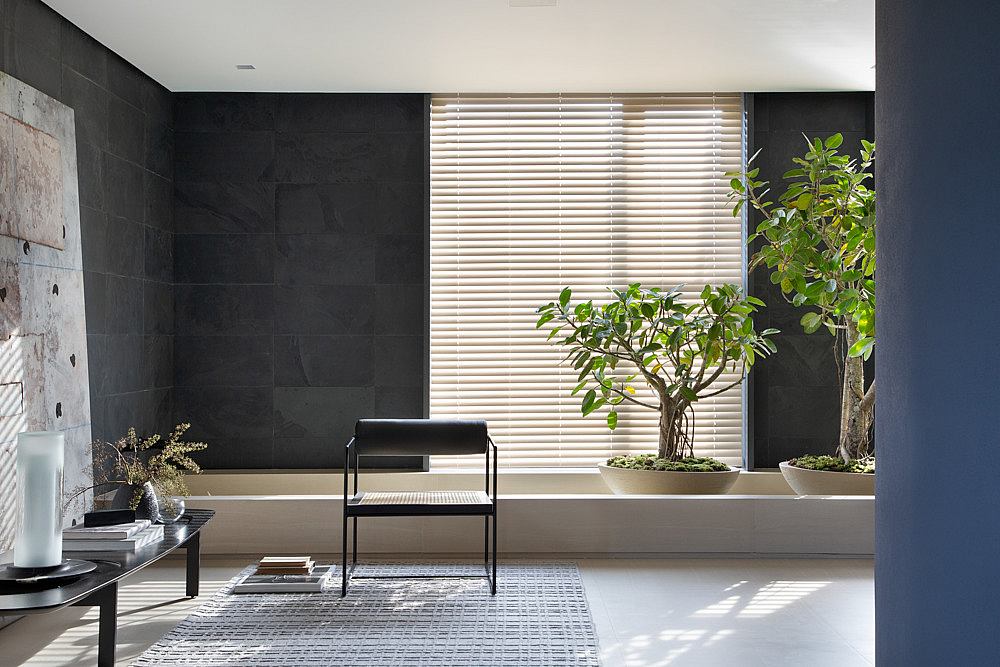 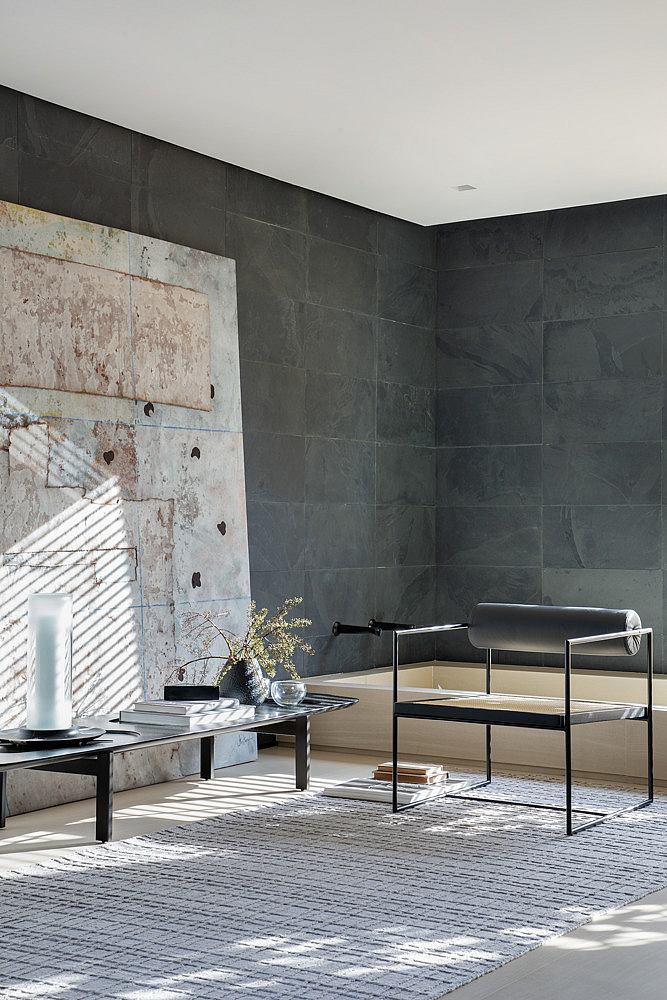 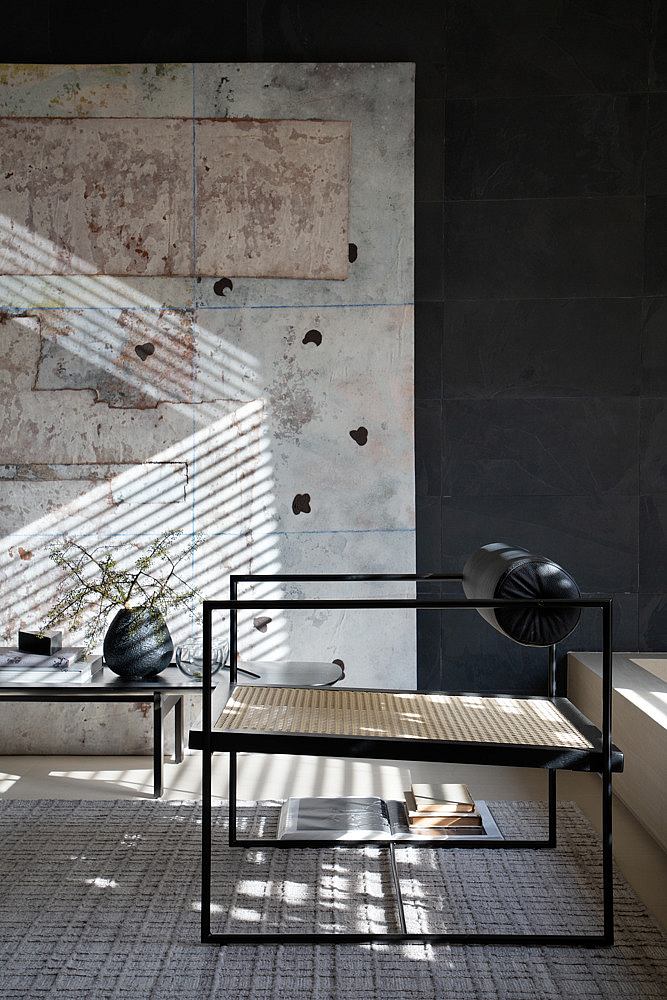 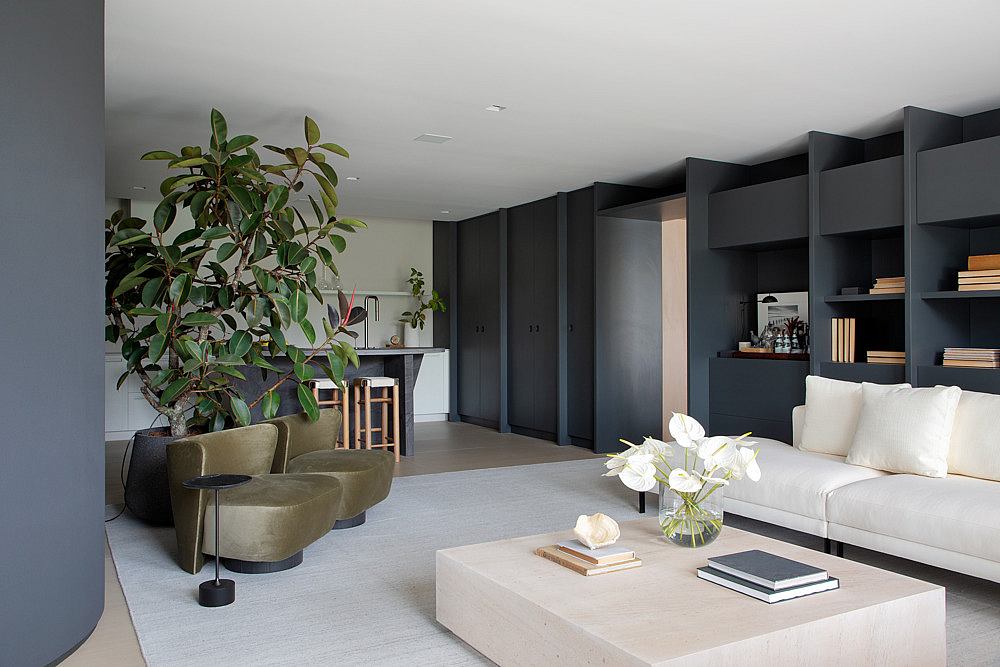 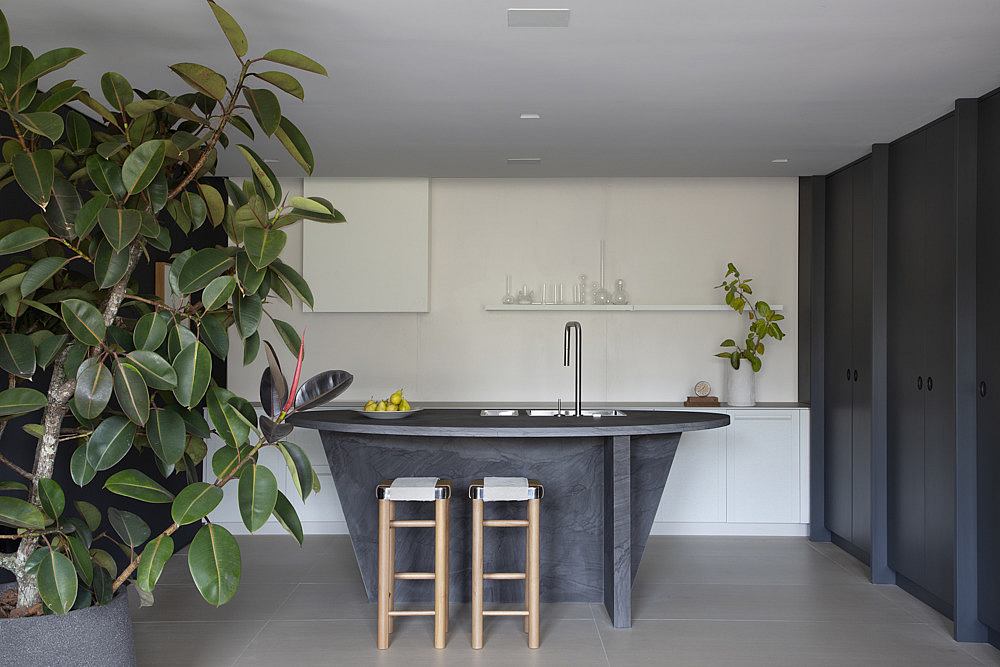 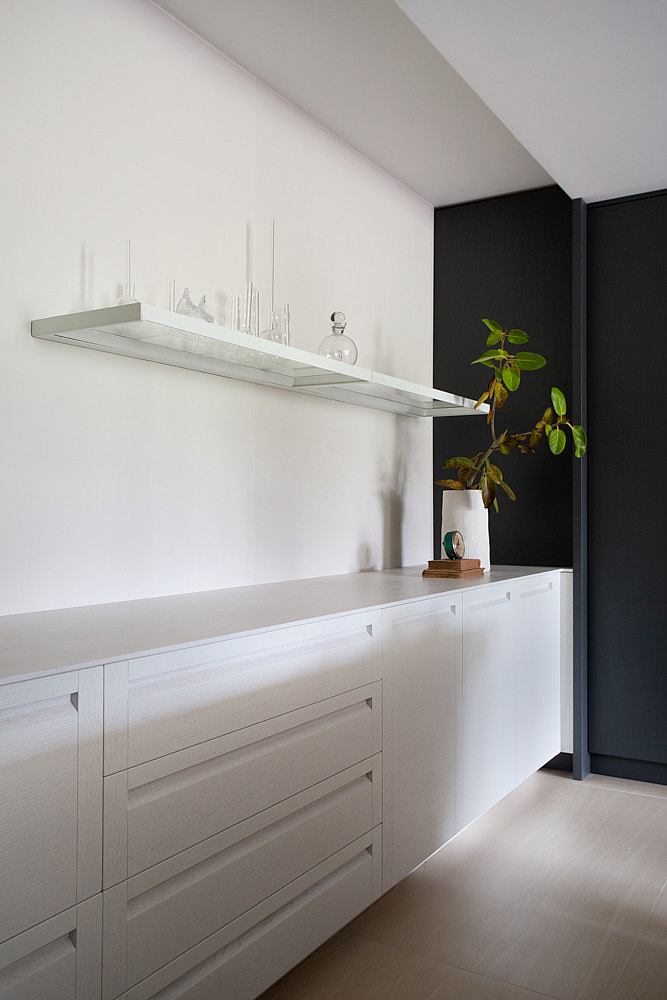 Yugen, an important concept of traditional Japanese aesthetics, is an expression of depth, of what cannot be translated, of the incomprehensible and abstract that passes from philosophy to art. By contrasting the shadow with the intervals of light produced by the windows and the illuminated surface of the kitchen, through the hidden landscape that eventually reveals itself, Casa Yugen makes a non-verbal invitation to the space where you can glimpse the beauty of the mystery of the universe and our human condition.

The curved wall of the entrance hall, with its shape and tonality, creates an infinite “plane” on the concave side, which hides the landscape. of the mystery, of the contrast, of the landscape that reveals itself little by little. The wall also, when viewed from within the environment, creates a central axis that unfolds the social area without corners, in an organic way.

The water mirror in front of the long windows reflects the macro bonsai that seem to float and the day sky. The texture and natural light vary very markedly, creating a new landscape with textures of sun and water throughout the days.

In all corners of the ‘L’ plan spaces interact. The unusual way in which André Gippi’s Ramona armchair was positioned, communicates with the living room, while the living room opens onto the anteroom and the kitchen/dining room.

The dark walls that embrace the environment frame the lighted windows, the painting by Rubens Oestroem, the kitchen, the furniture, the decoration, the floor and the ceiling, the sky, and the earth. The chiaroscuro is a way of playing with the concept, in which elements are highlighted, hidden, and mimicked on the surfaces, in a way that plays with the protagonism of the pieces; in the living room, the sofa and coffee table merge with the rug that merges into the floor. The dark bookcase, as it is composed, mimics the horizon of the opposite wall, with overturned books, hidden knowledge, and the water that is also present in the bar and in the work ‘Ponta do Coral I’m by Alessandro Gruetzmacher.

The false rubber tree, proportionately large for internal space, works as a physical and visual landmark between the living room and the kitchen. The choice of large-format vegetation also plays with scales. In a concept always adopted by the architect in which the natural and the built environment, the plants with the view from the window, the natural light, and that of the luminaires should mutually enrich each other.

The kitchen, with a purist off white and white background, with translucent shelf lighting, evokes light from windows it doesn’t have. This is punctuated with the Nile Quartz island, organic and dark as a monolith that has been appropriated by the house and takes on a function. In it are the deca vat and drying rack that seem to have been sculpted in the volume.