Casa Volta by Ambrosi I Etchegaray

Casa Volta is a beautiful house located in Puerto Escondido, Mexico, designed in 2018 by Ambrosi I Etchegaray. 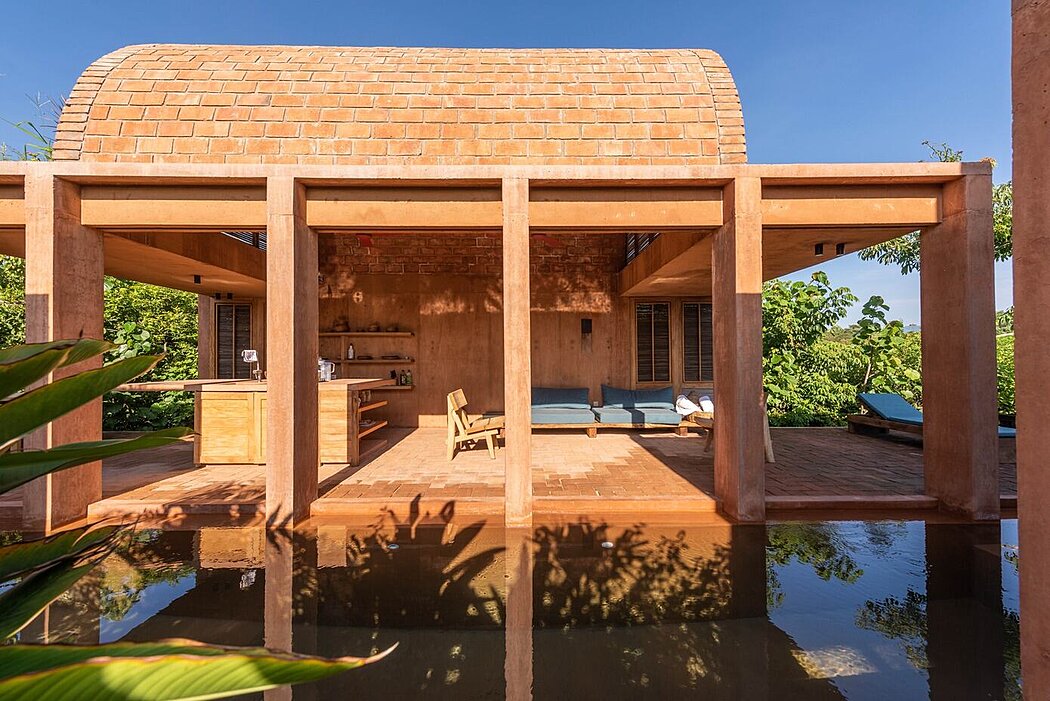 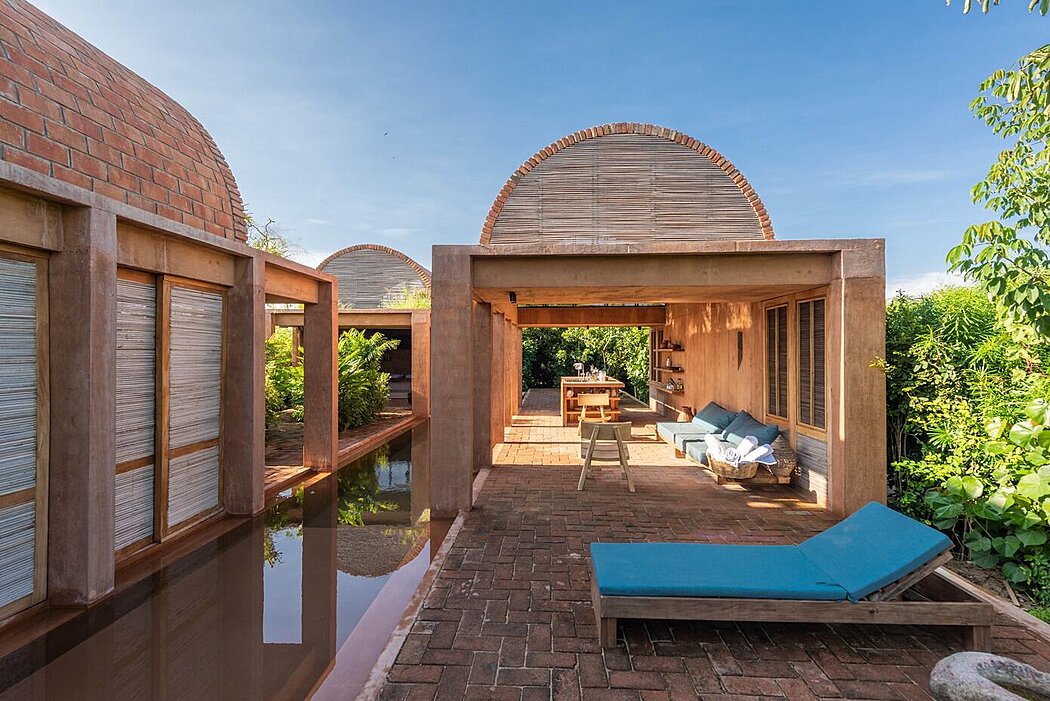 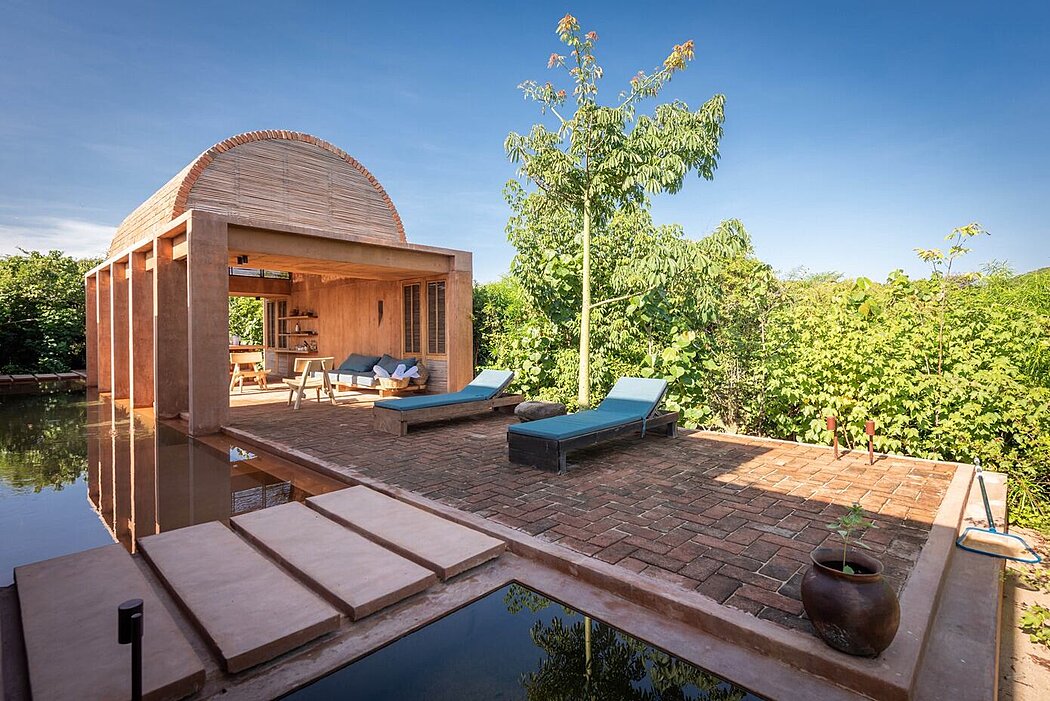 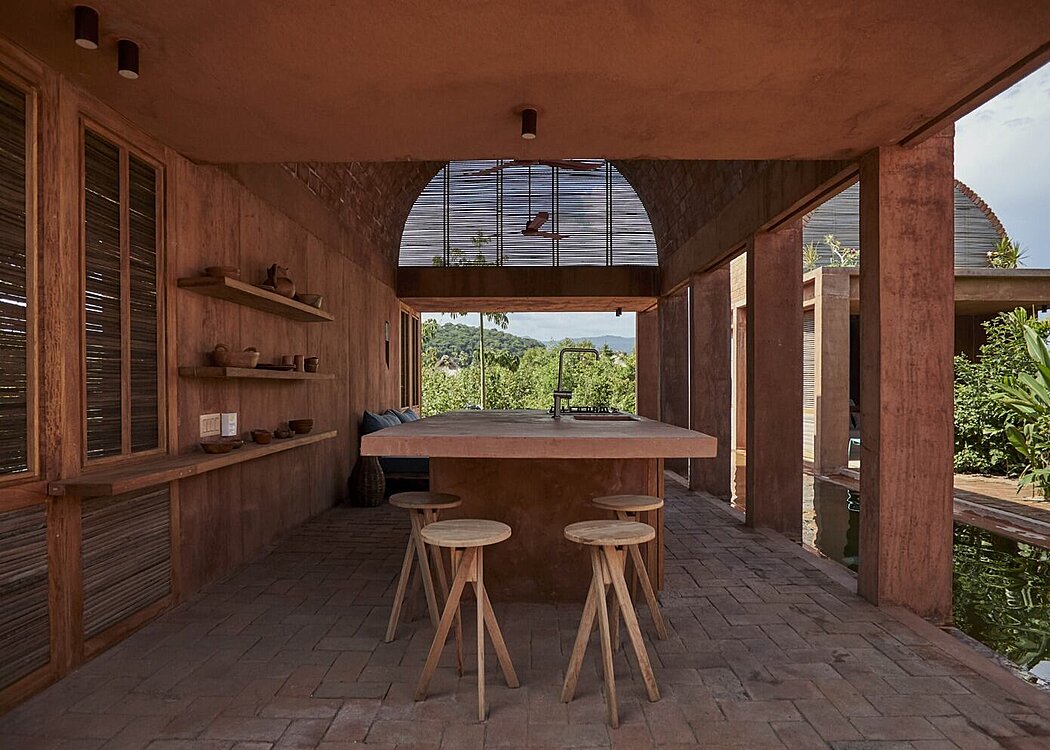 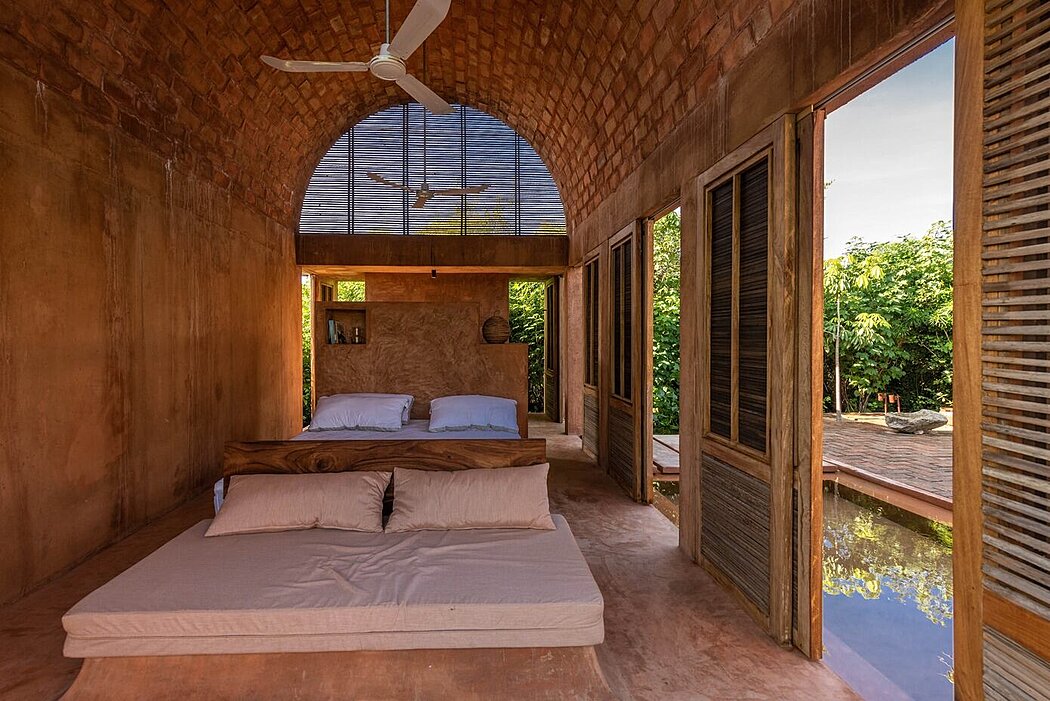 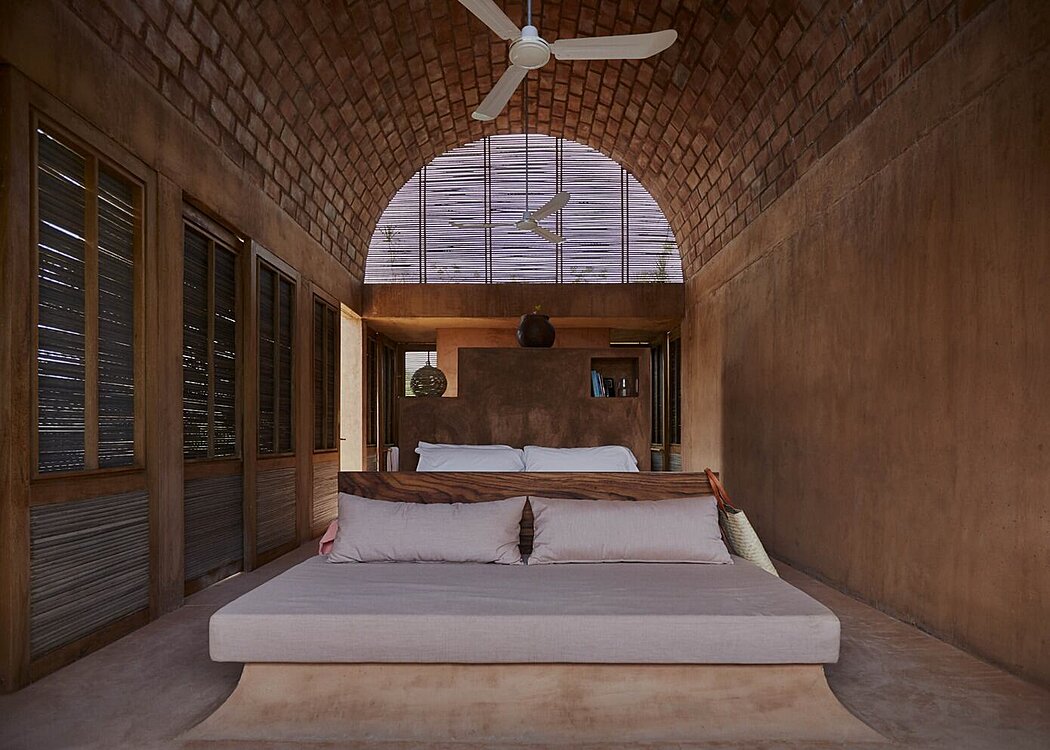 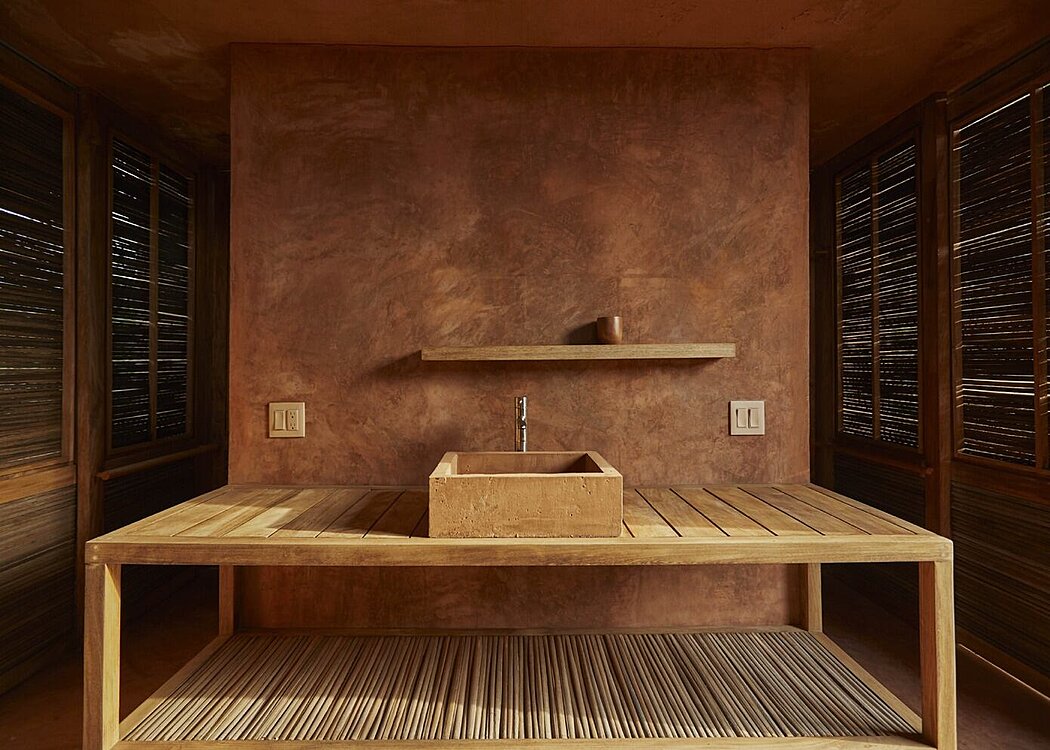 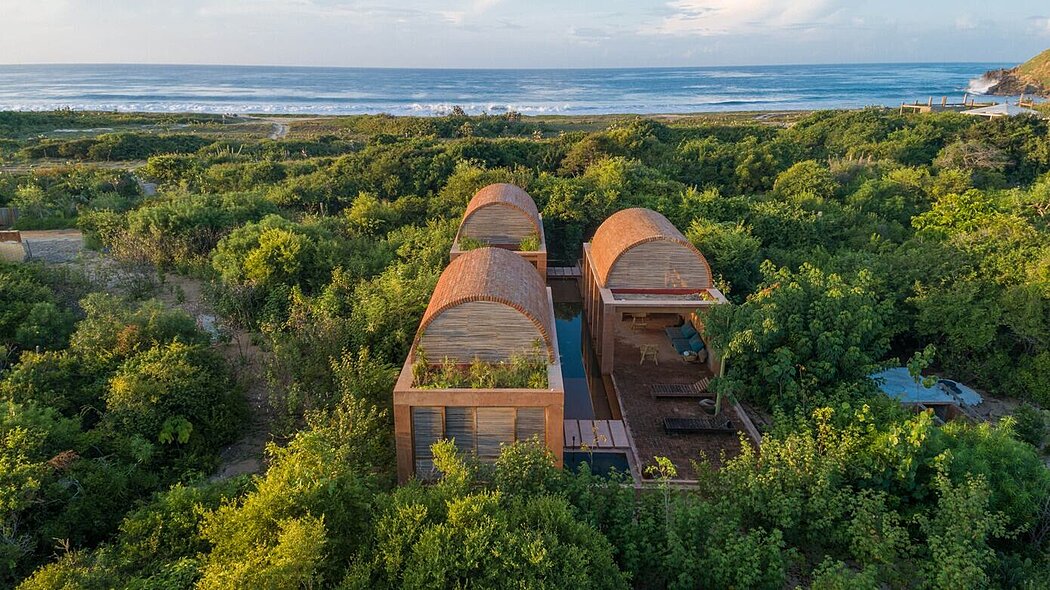 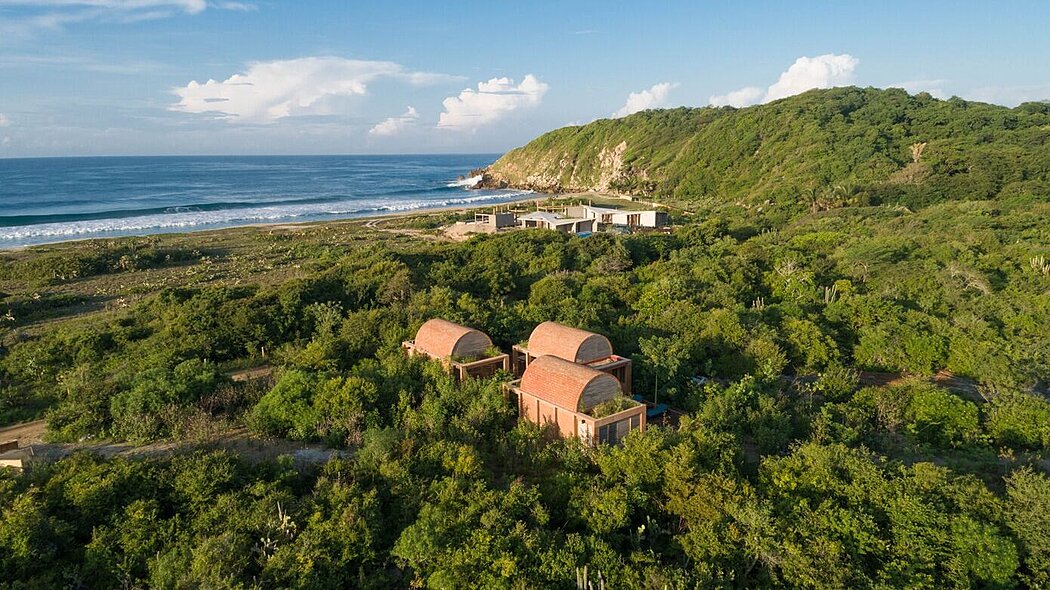 The first thing you see as you approach Casa Volta are three brick vaults floating amidst the dense vegetation of the Oaxacan coast. Perhaps a mirage caused by the profuse and humid heat of the area. Then, following a small path, one submerges in the vegetation and the vaults disappear. The biggest surprise is when, suddenly, a small clearing opens up and a small bench appears next to a long pool of water flanked on both sides by porticoes of rectangular columns that are reflected in it. It gives the impression of having arrived at an abandoned classical temple.

The house has a rigorous, Kahnian order, it is a rectangular plan subdivided into six spaces which are also rectangular where three courtyards and three alternated spaces roofed by the vaults. In two of them are located the rooms with their bathrooms that open and close through wooden and reed doors; in the third, completely open, are the living, eating and cooking areas. And in the center, the water, as a constant presence and a reminder of the proximity of the sea, which although not visible from there, is only 100 meters away.

An economical and practical circumstance was what determined the materiality of the house. Nearby is the Casa Wabi Foundation, where clay is baked and where there were available many pieces of waste brick, hence the idea of making reused brick vaults mounted on a concrete structure pigmented with earth tones. A simple construction method that would allow to fulfill the tight construction times that were requested. On the other hand, the vaults, together with the reed lattices, allow the wind to circulate through the interior spaces at all times, while the water cools the exterior, in a climate that is very hot and humid. All this generates an atmosphere of both warmth and freshness at the same time.

The Volta House is a demonstration that with few well thought-out elements it is possible to achieve an appropriate relationship with the climate and with nature, the constructive order does not contradict the apparent surrounding chaos, on the contrary, it complements and blends in; it is also a reminder that simplicity is always elegant. More than a house, this construction is a small haven in the middle of the jungle, the hut where Heidegger would have taken refuge if he had had a more tropical vocation.

Photography courtesy of Ambrosi I Etchegaray