Casa S+CE is a located in , Italy, redesigned in 2022 by NTA Niccoli Turano Architetti. 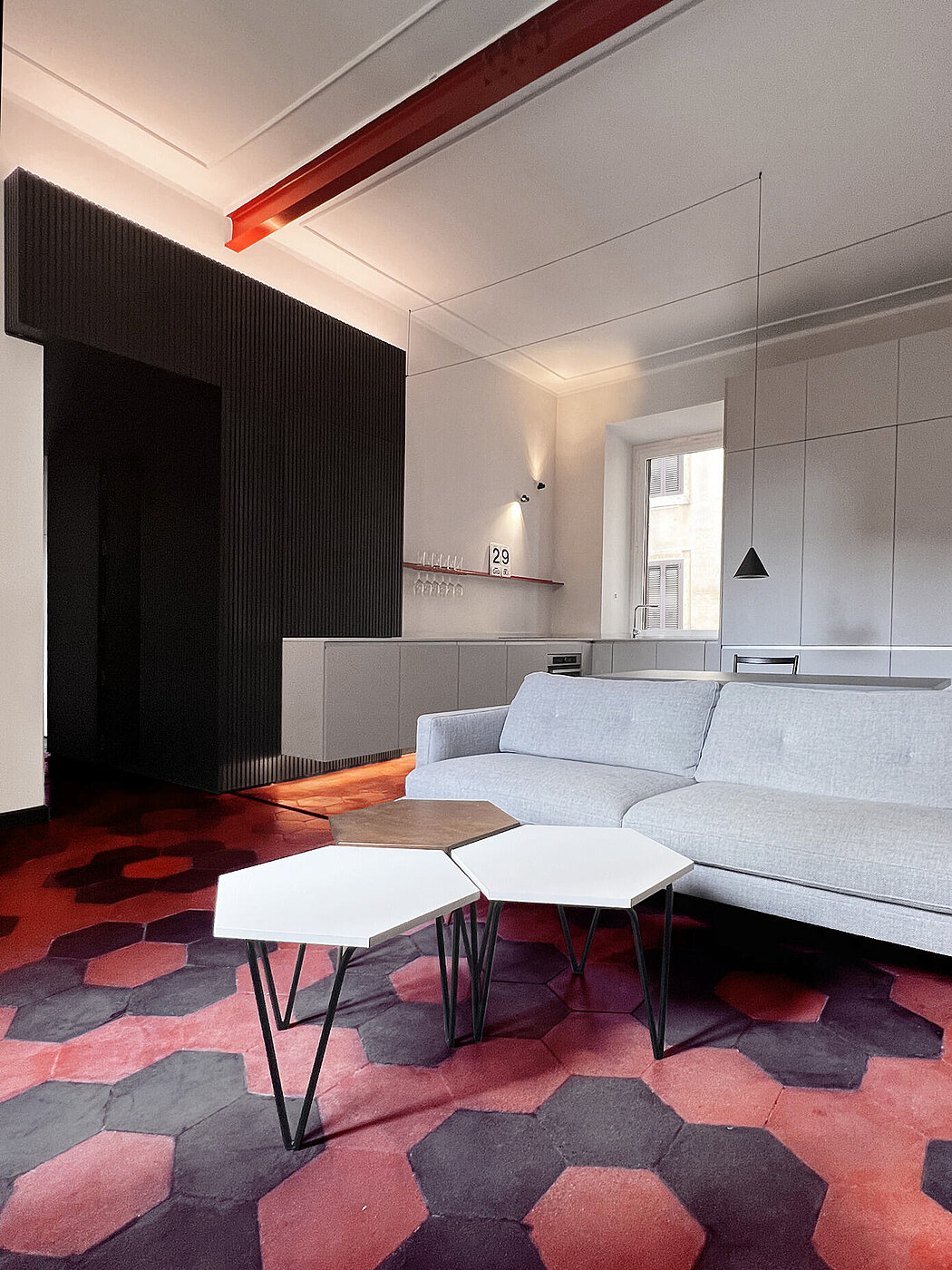 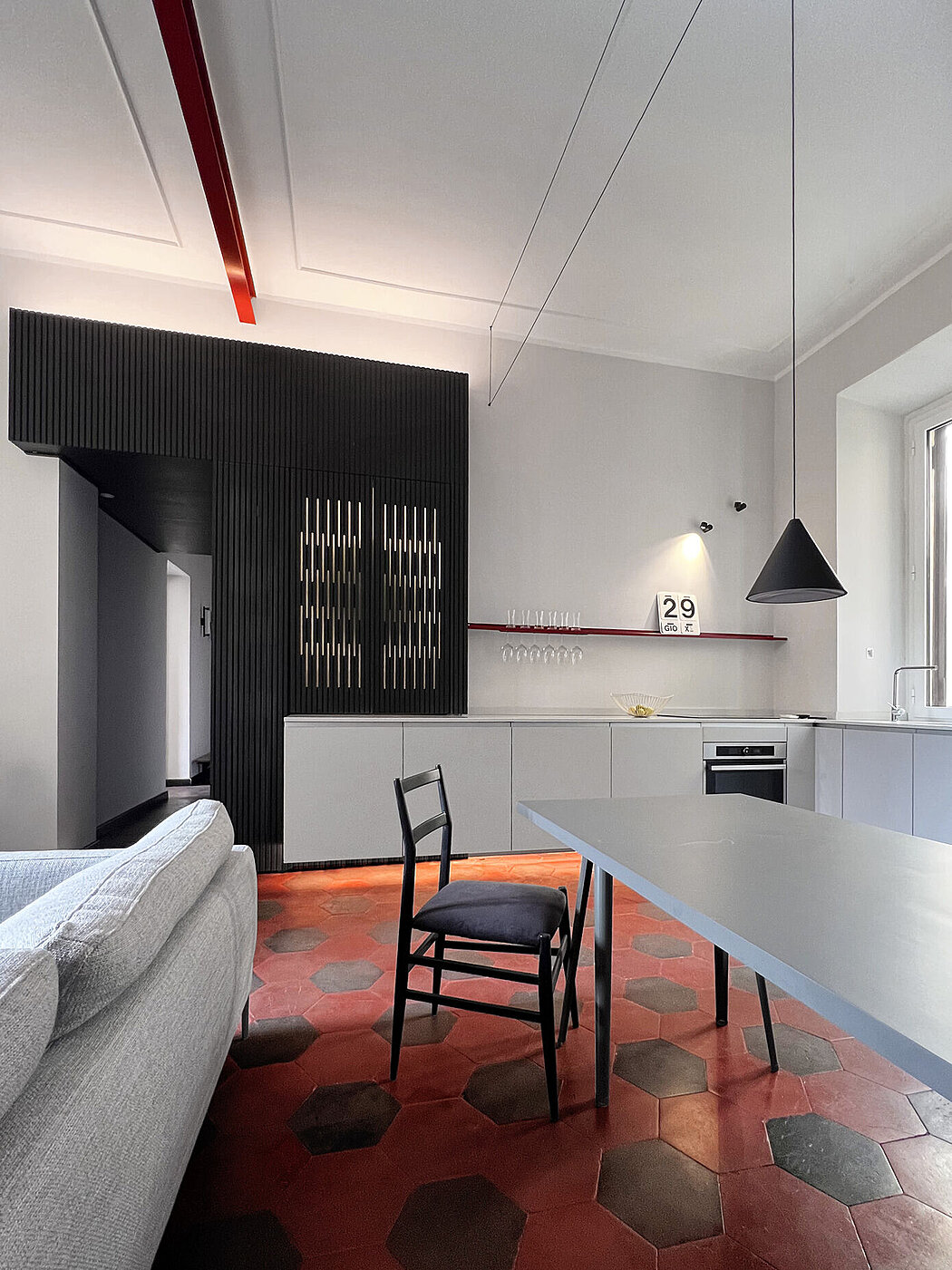 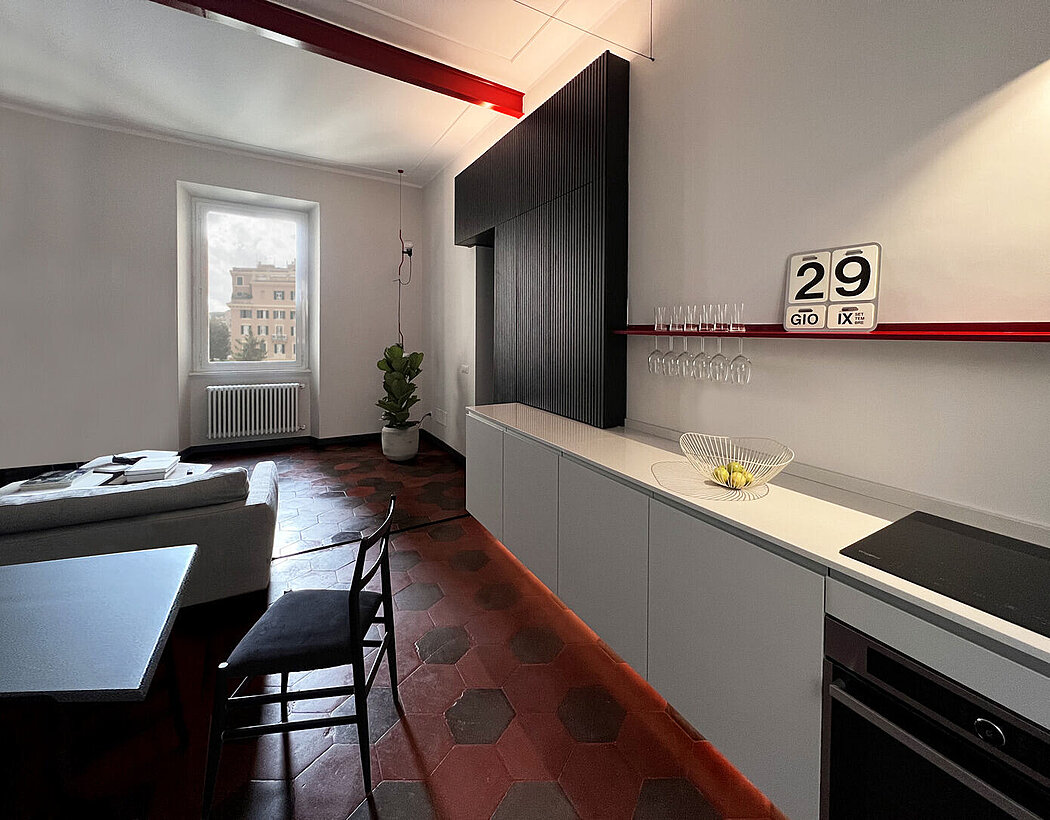 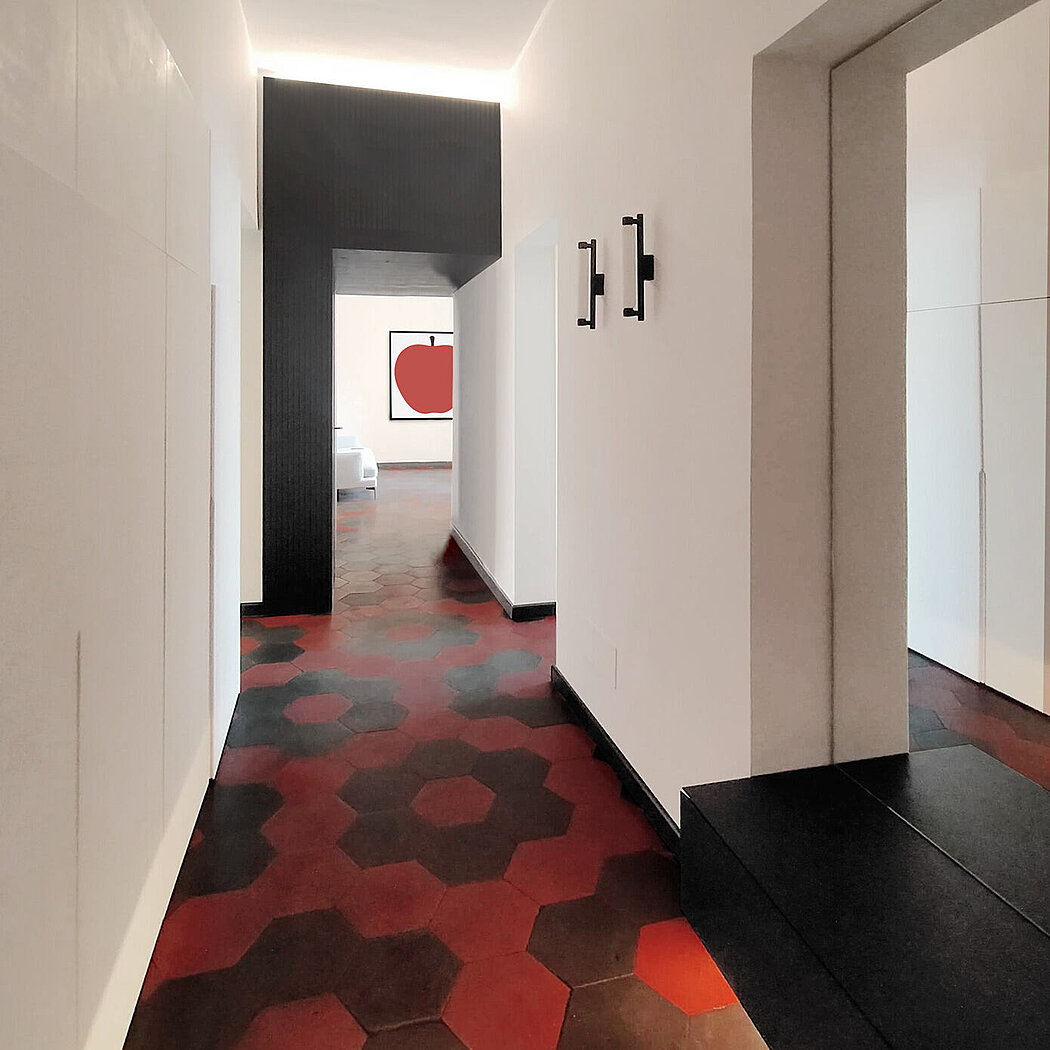 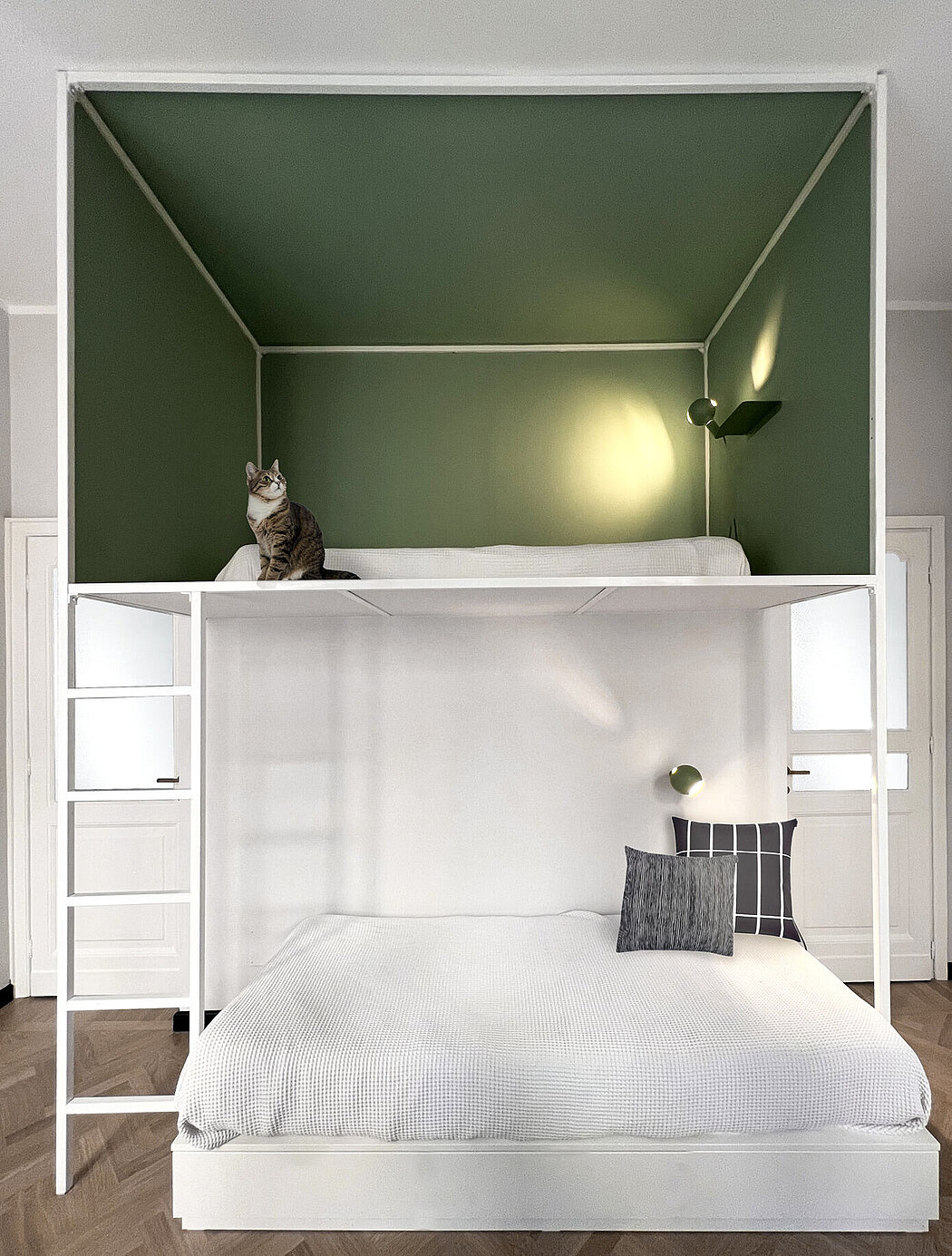 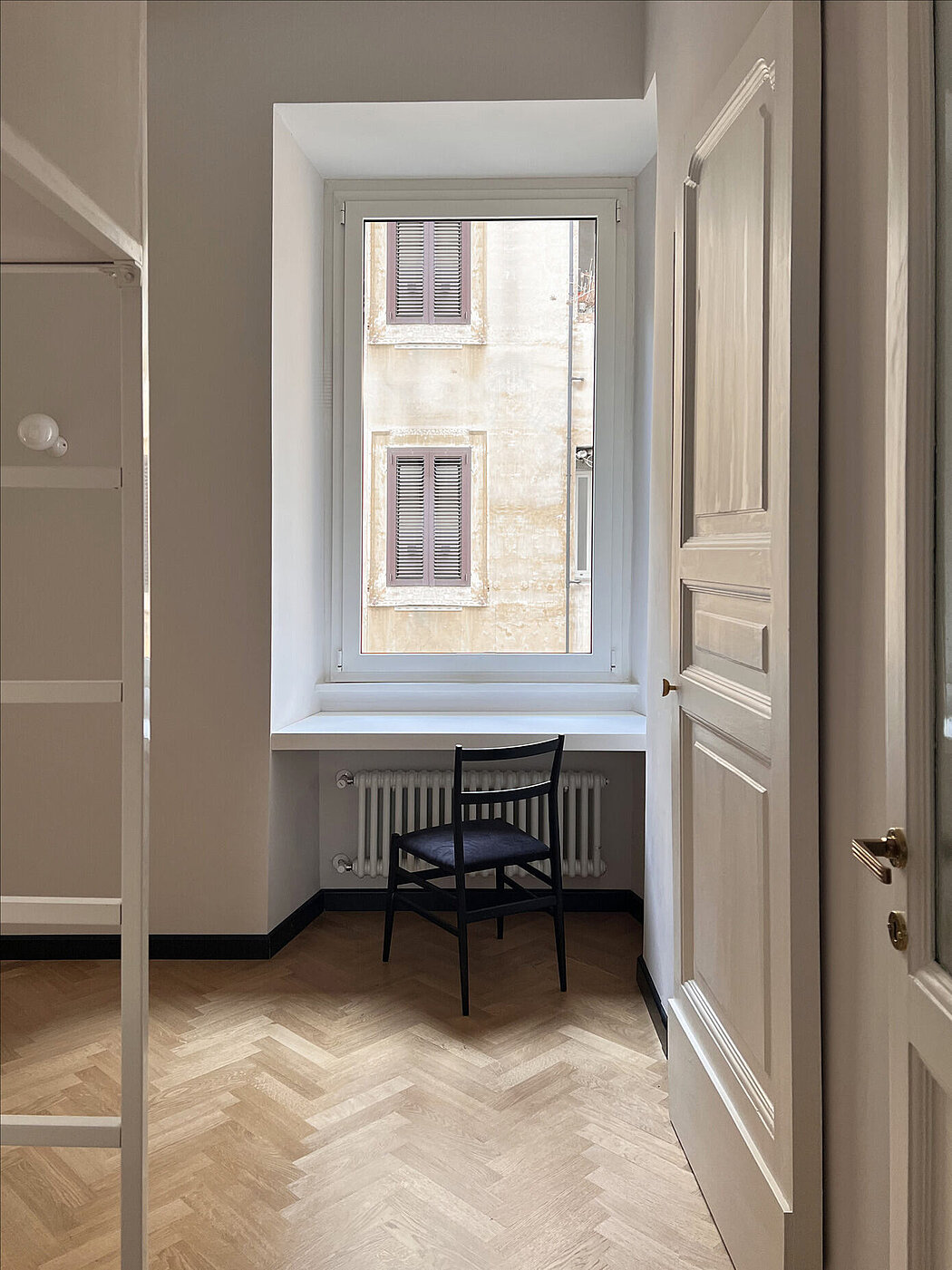 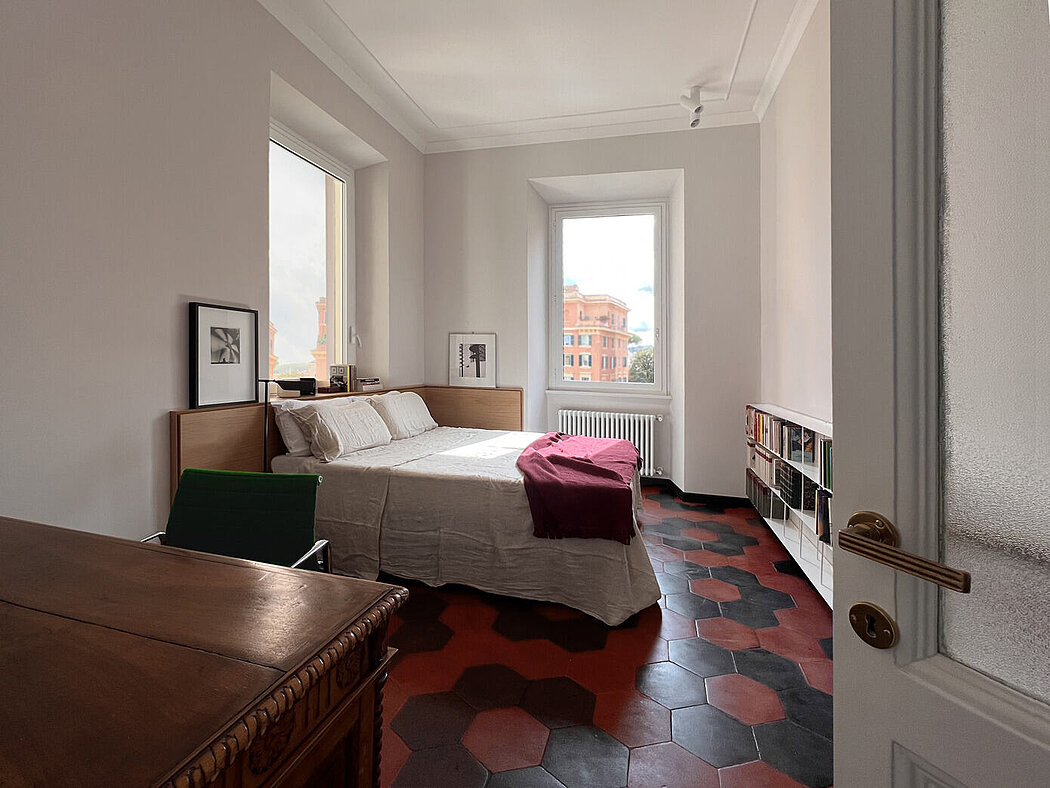 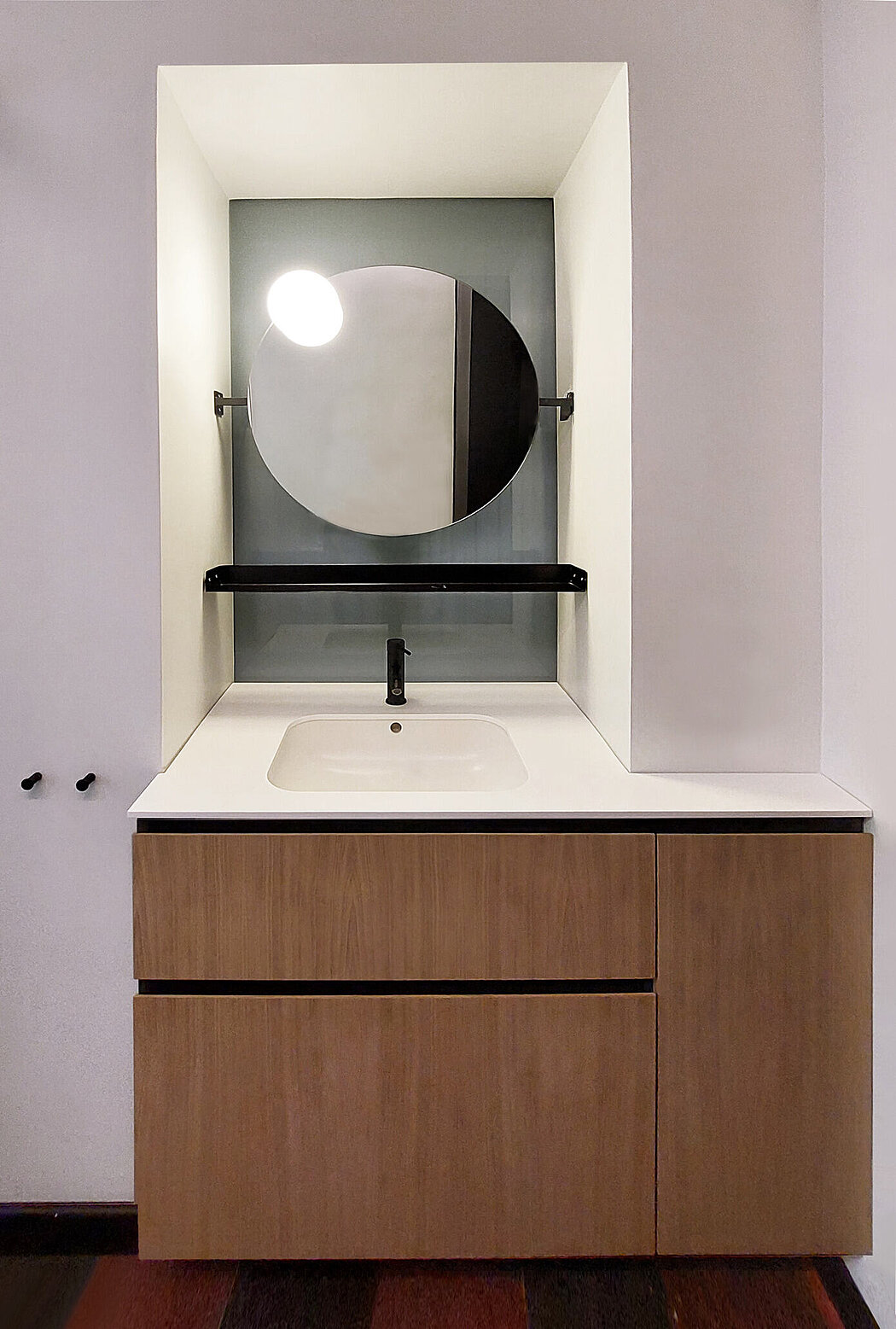 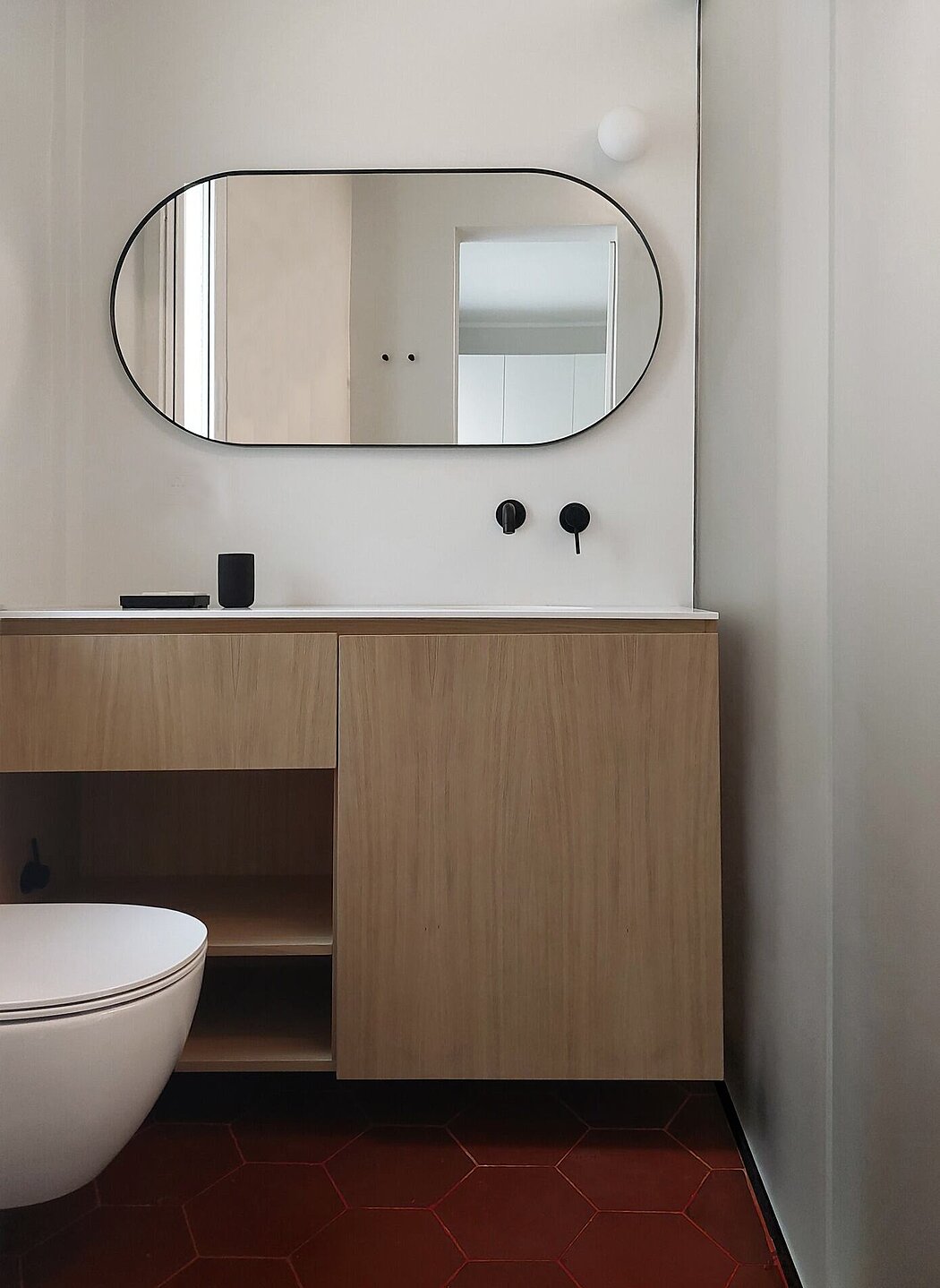 Our client purchased an in the Prati district and approached us to make limited and punctual changes on the existing space, which appeared to be in a fair state of repair. Upon inspection, however, we found that the modification previously implemented on the original distribution layout had detracted from the recognizability and authentic flavor of the space. The living area turned out to be a meager and introverted space, with a single facing onto the ; the choice of materials and finishes dictated solely by practicality needs required by the use of the house as a vacation home.

The renovation work required a method we called Undo, after the computer command that allows us to undo the last actions performed: a process of exfoliation, aimed at eliminating and removing all the coatings juxtaposed to the original ones dating back to the early 1900s.

Once the language was visualized, we worked on the functional distribution in light of the needs of the owner who required two bedrooms, one of them for his daughters. Given the spaciousness of the hallway, it was decided to make it “active” in use and equip it with cabinets so as to relieve the master bedroom of fixed furnishings.

The need for two bathrooms resulted in the creation of two small bathrooms with a single through-shower whose glass panes at the bottom prevent visual introspection, while at the top they become transparent so as to allow natural light to illuminate even the bathroom furthest from the window.