Casa no Crato by Inês Brandão

Casa no Crato is a modern located in Crato, Portugal, designed in 2021 by Inês Brandão. 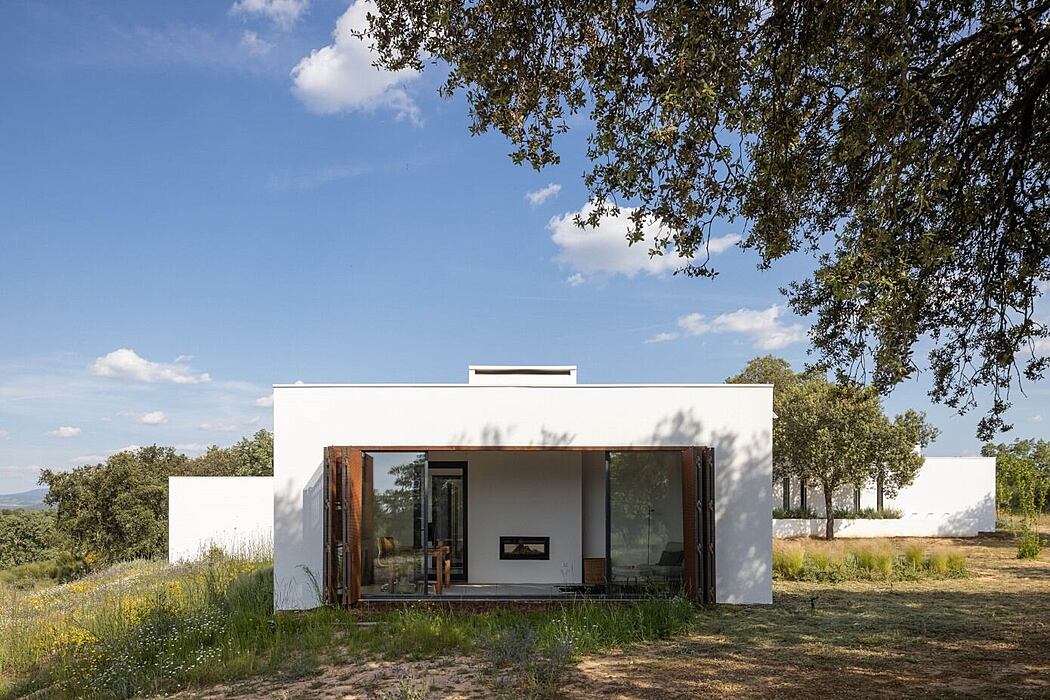 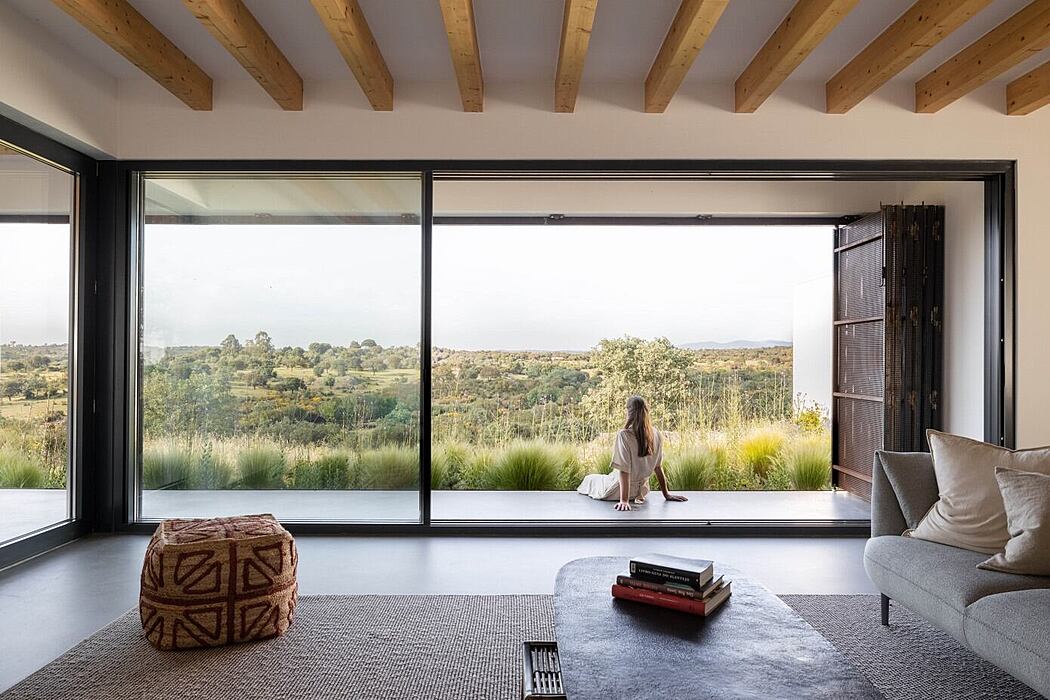 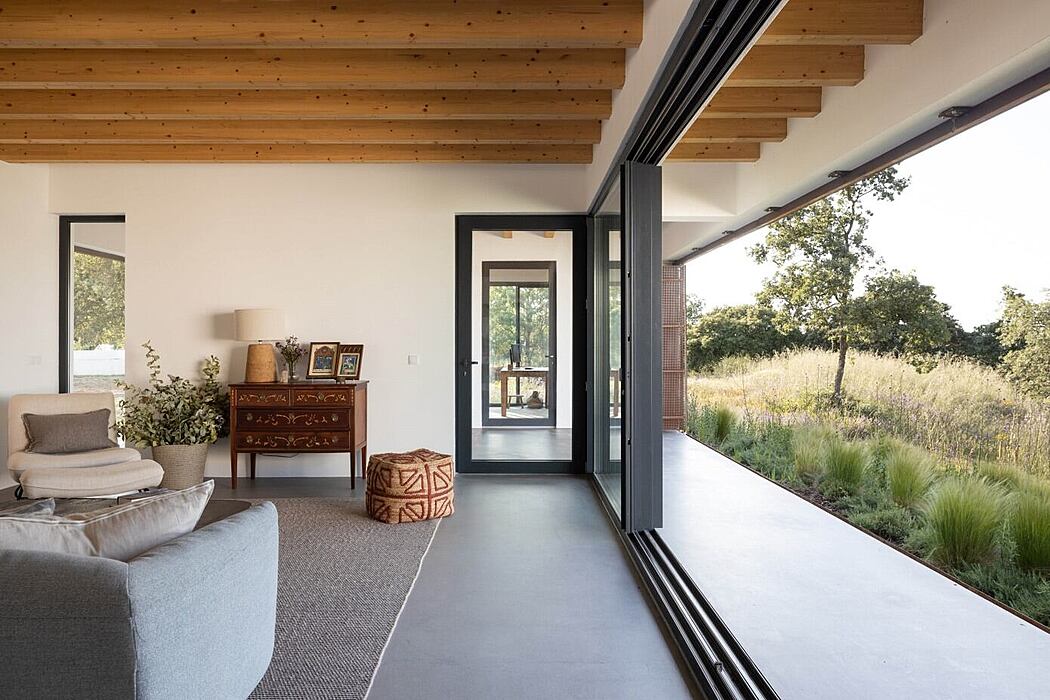 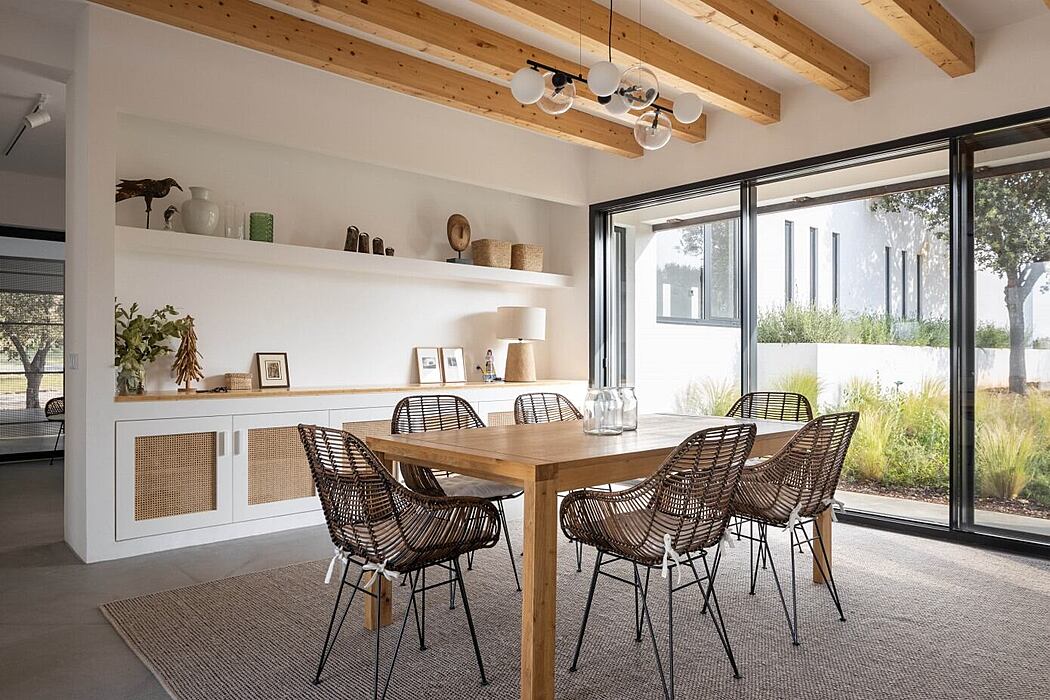 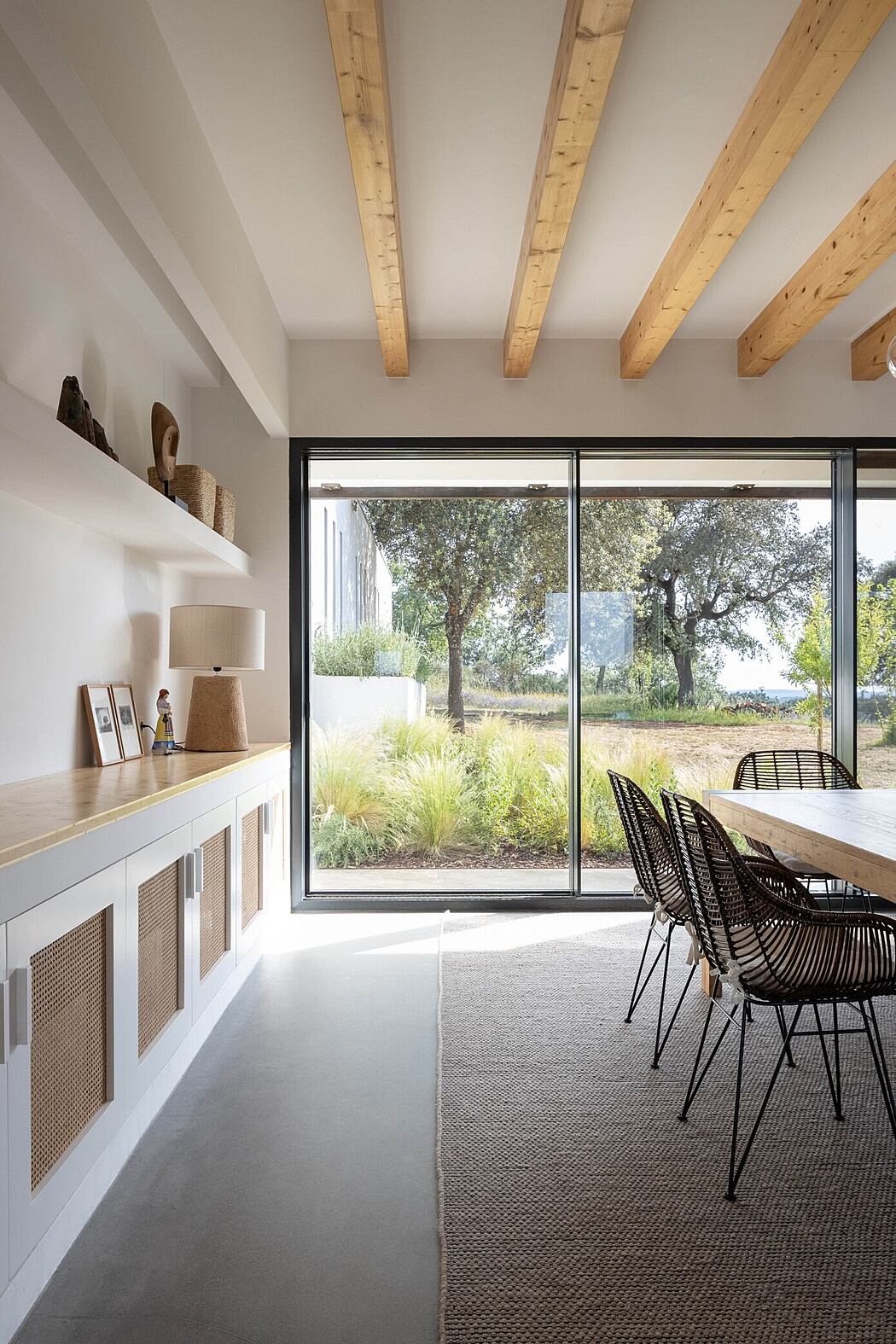 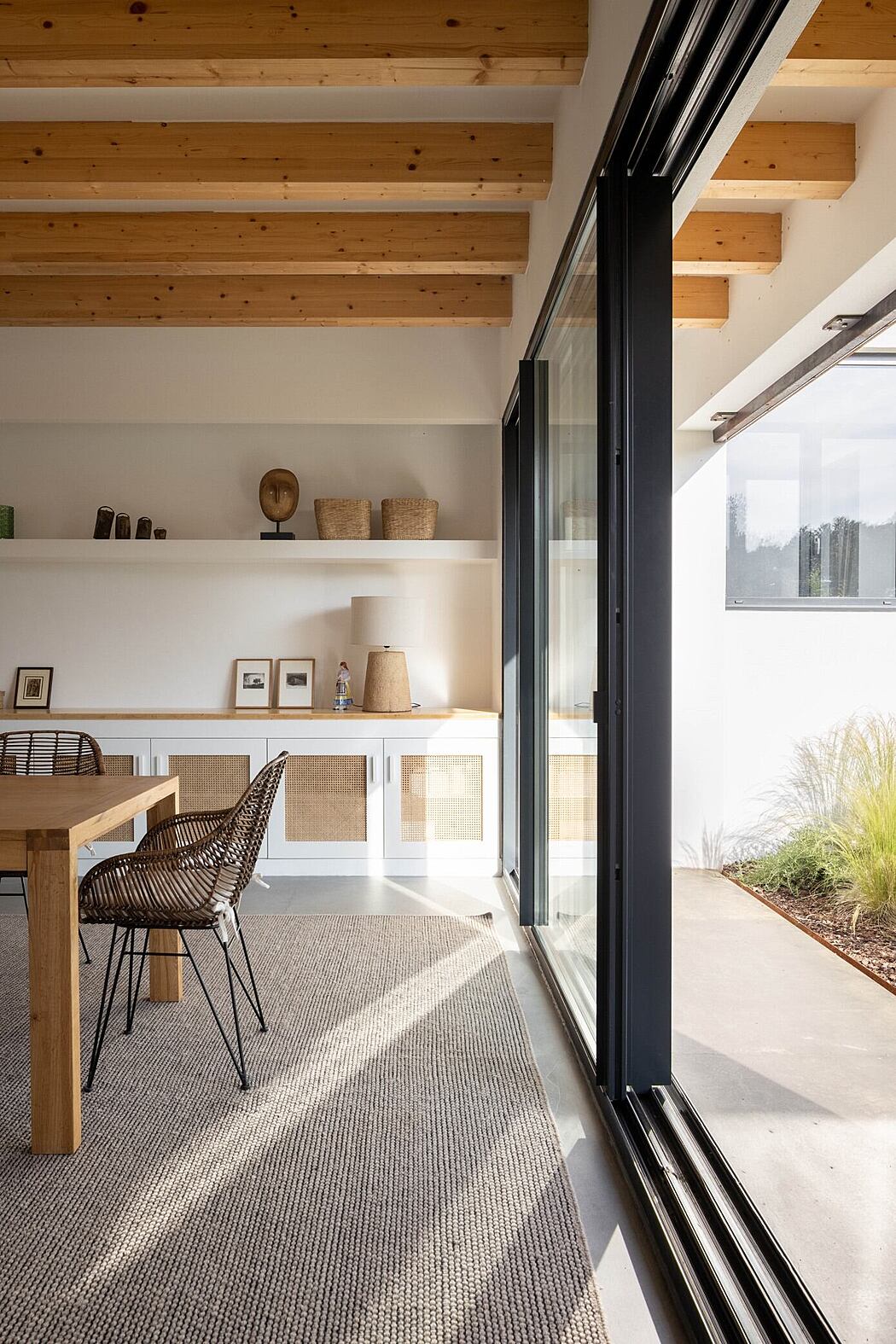 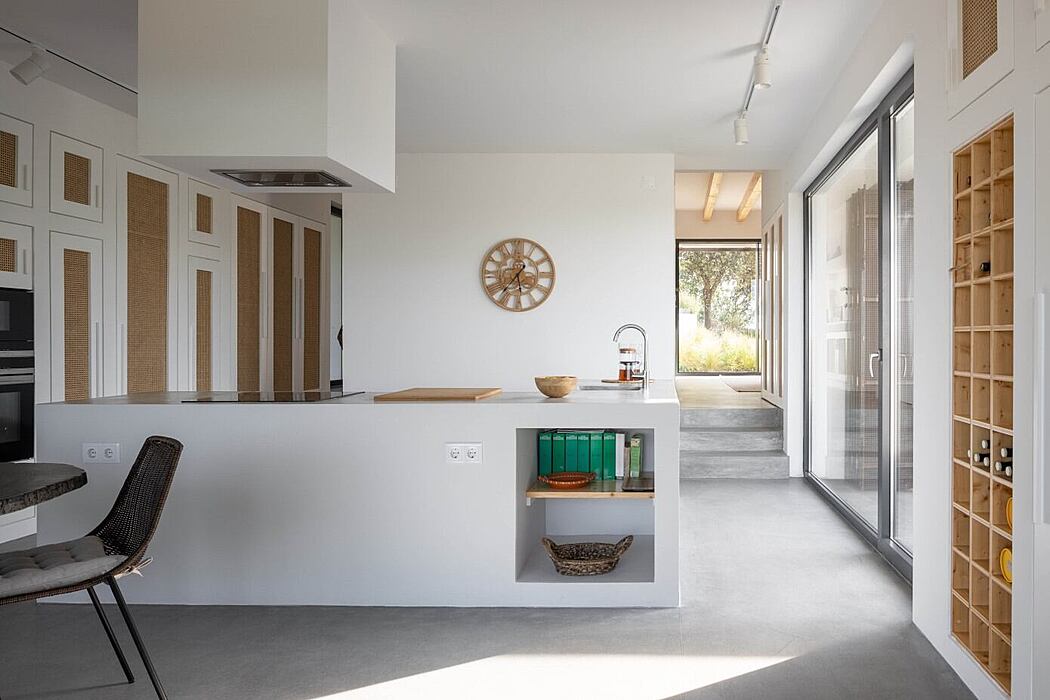 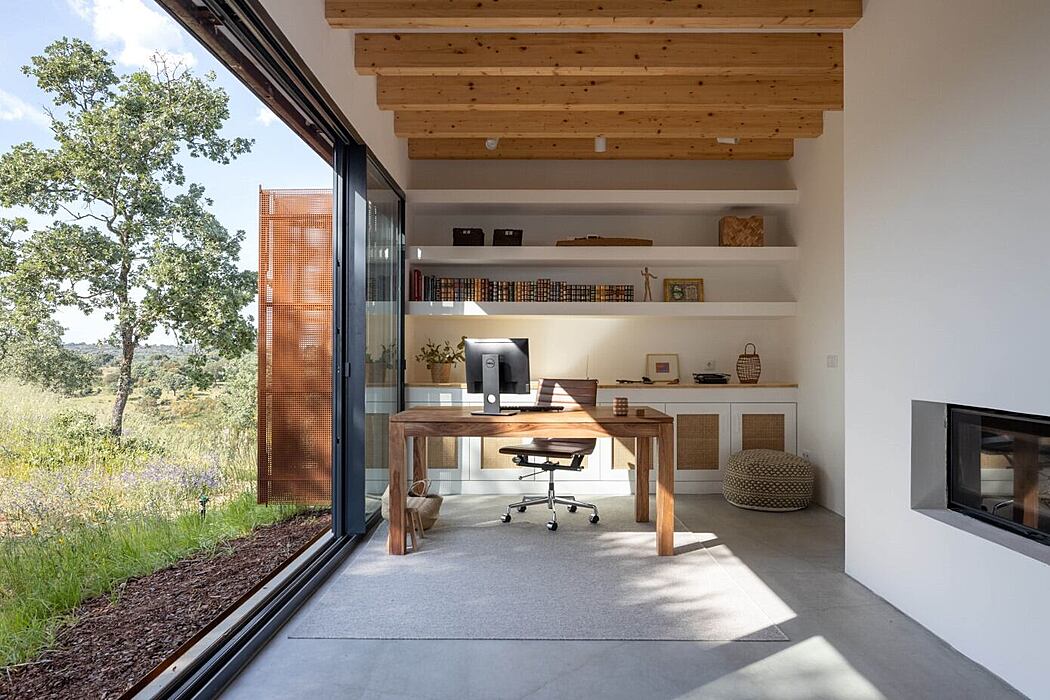 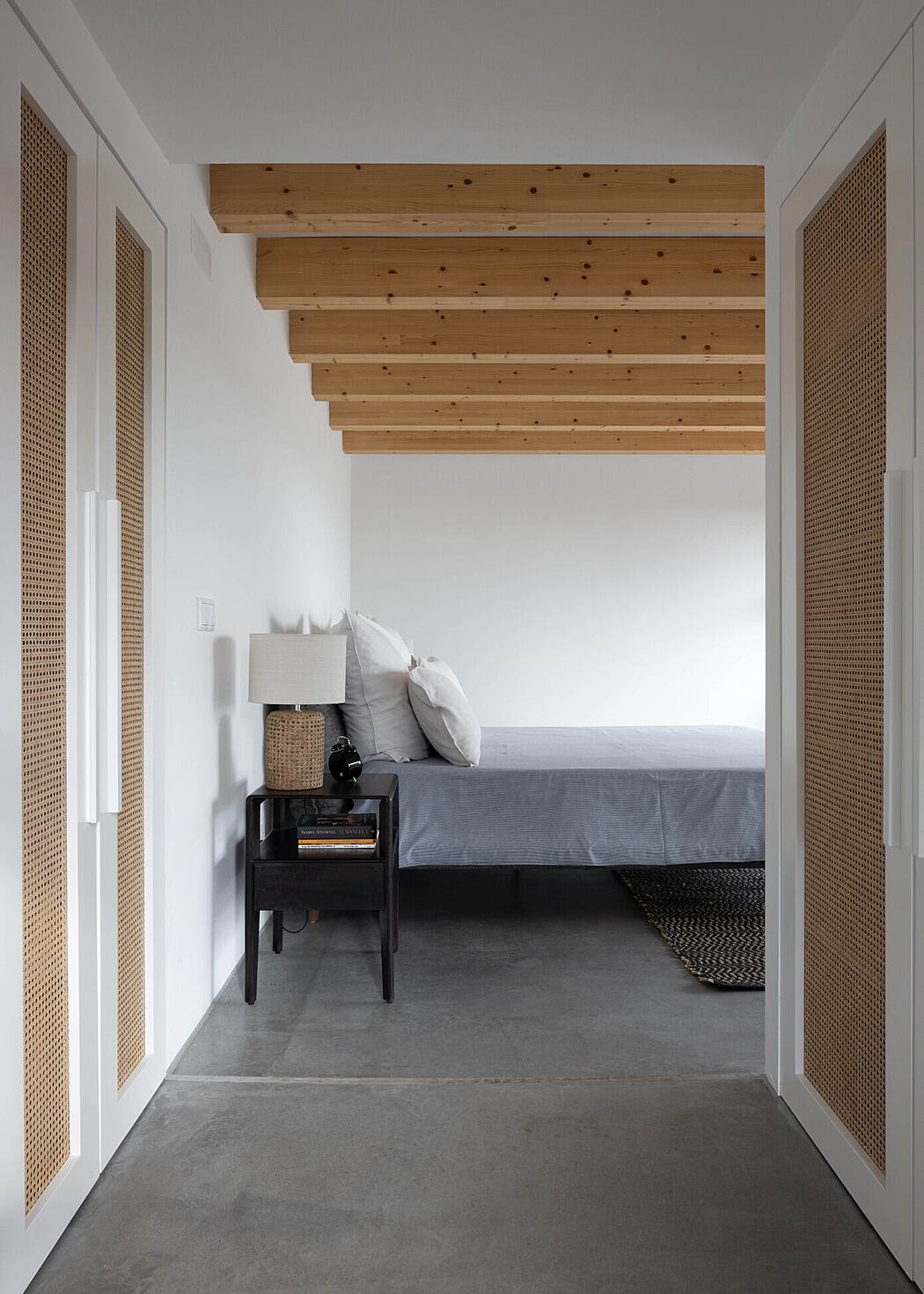 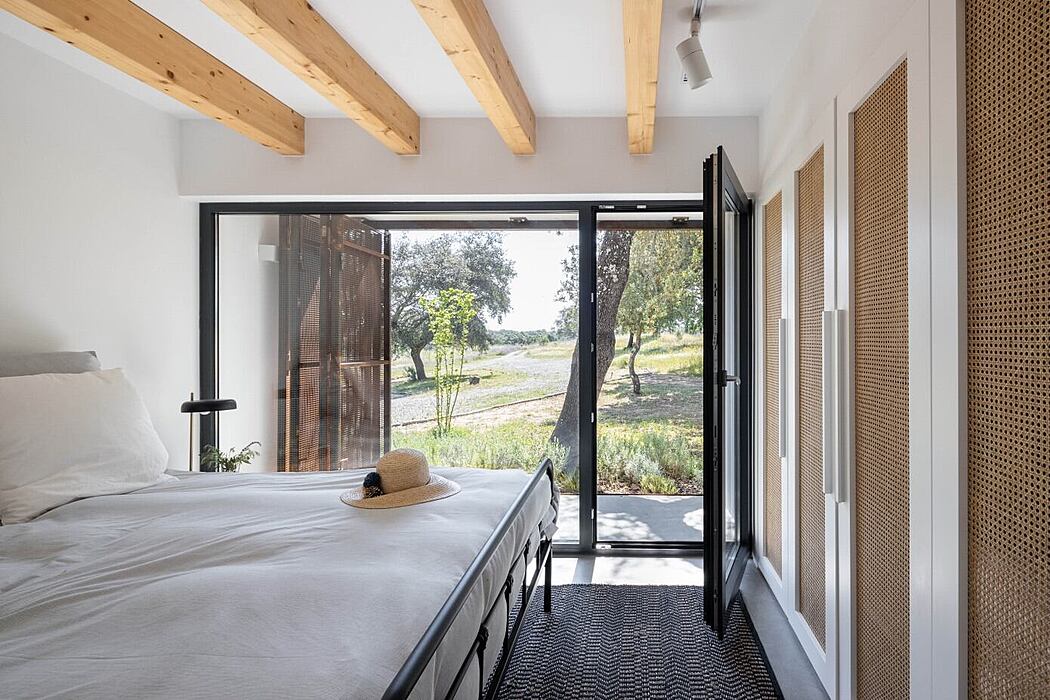 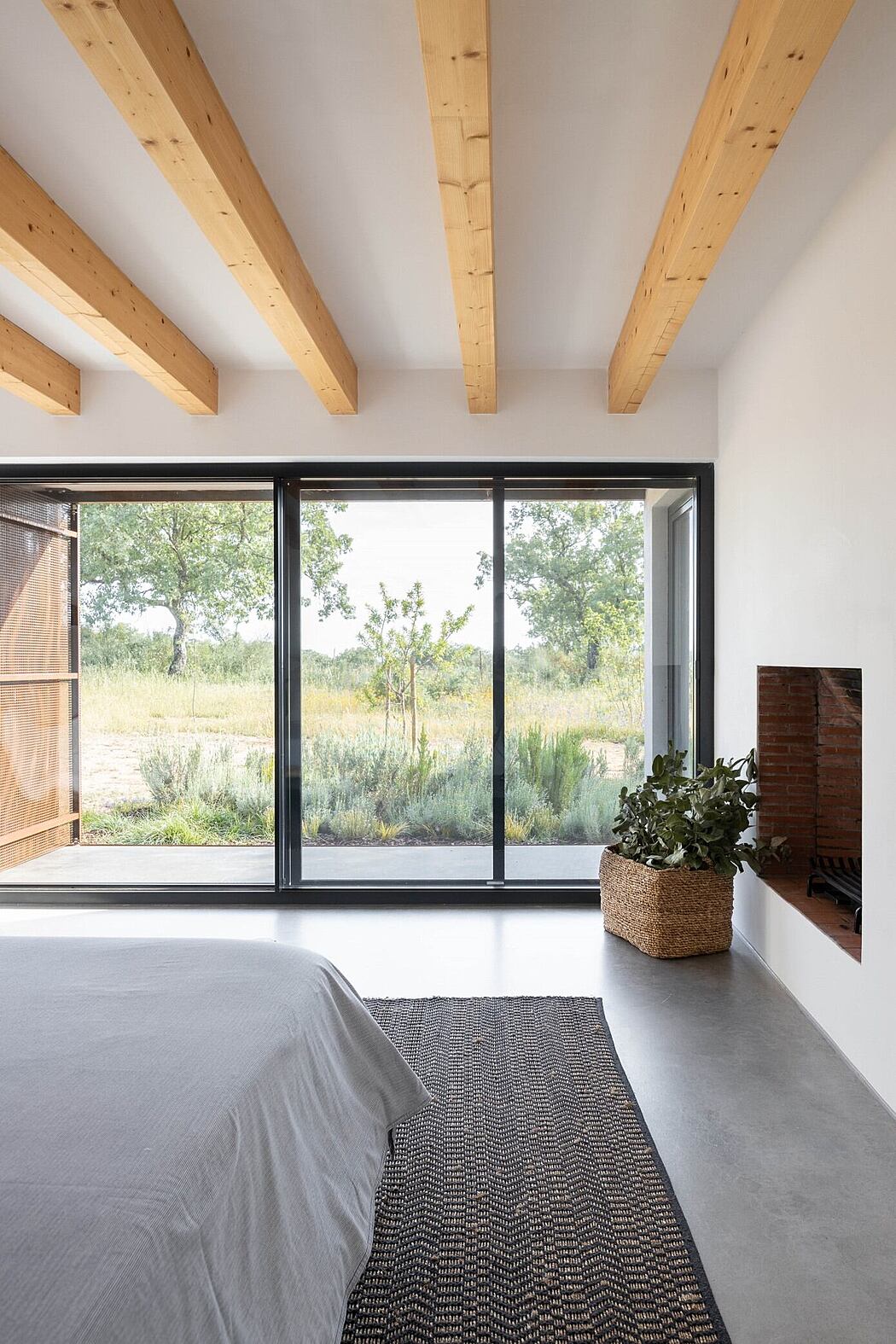 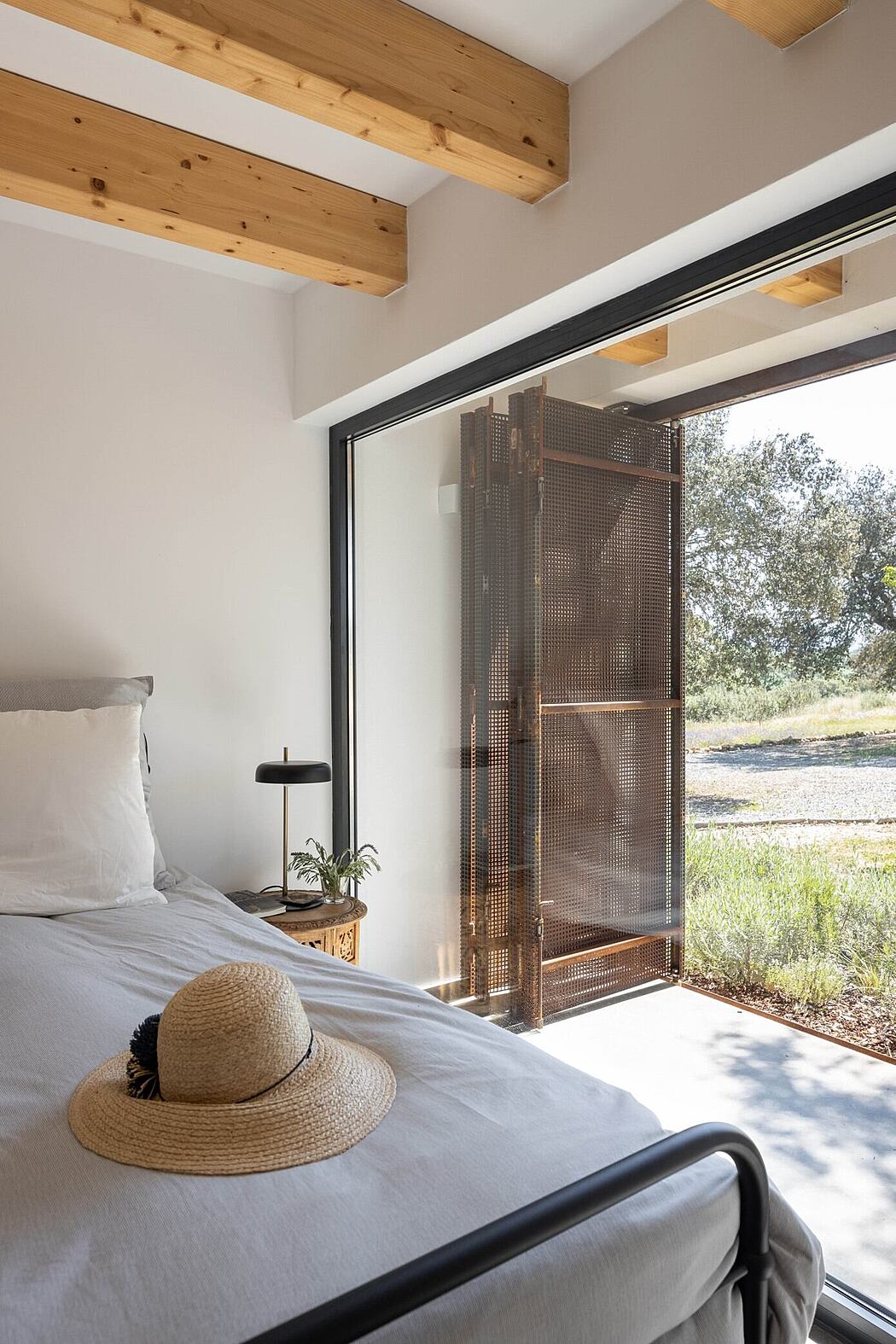 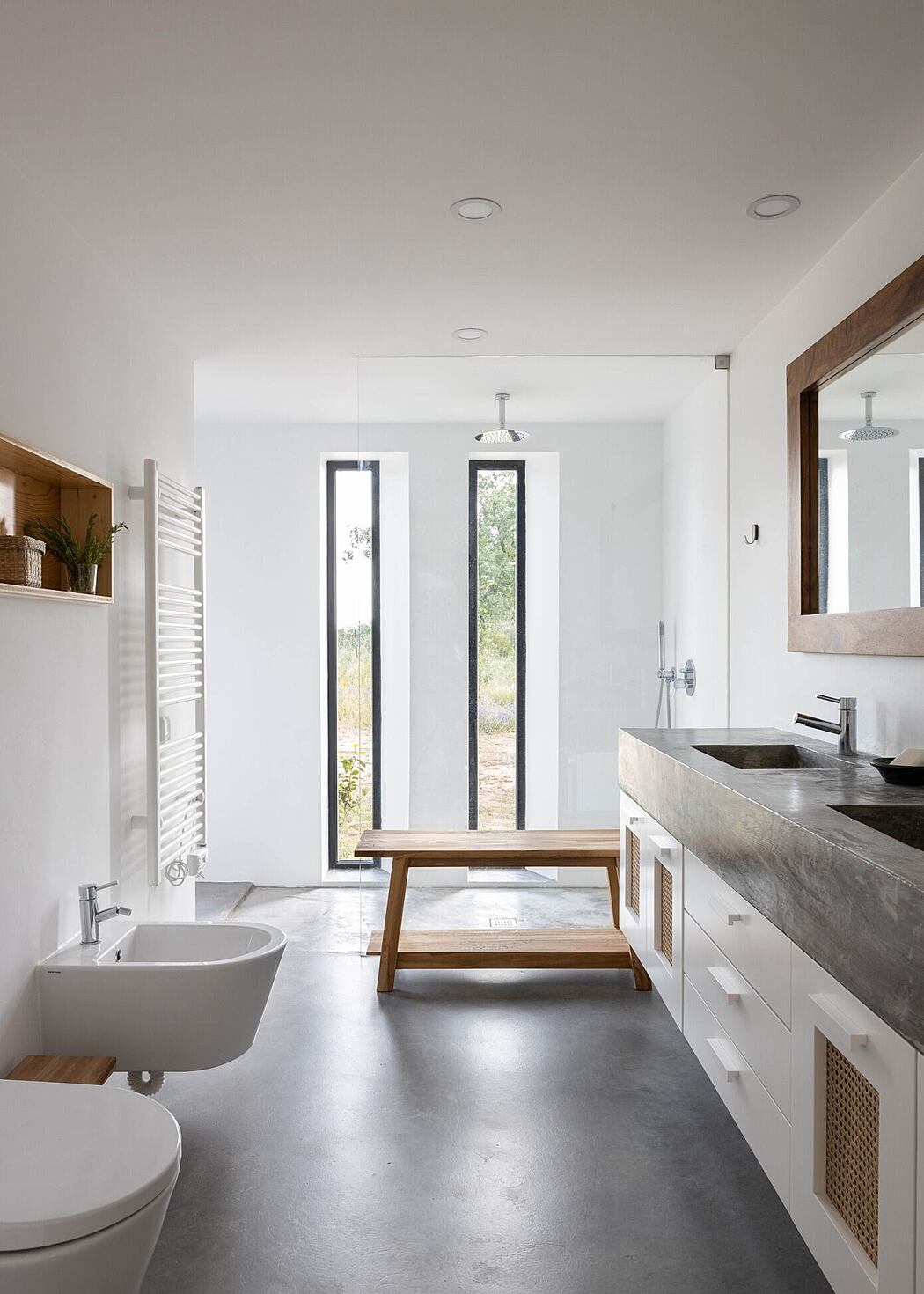 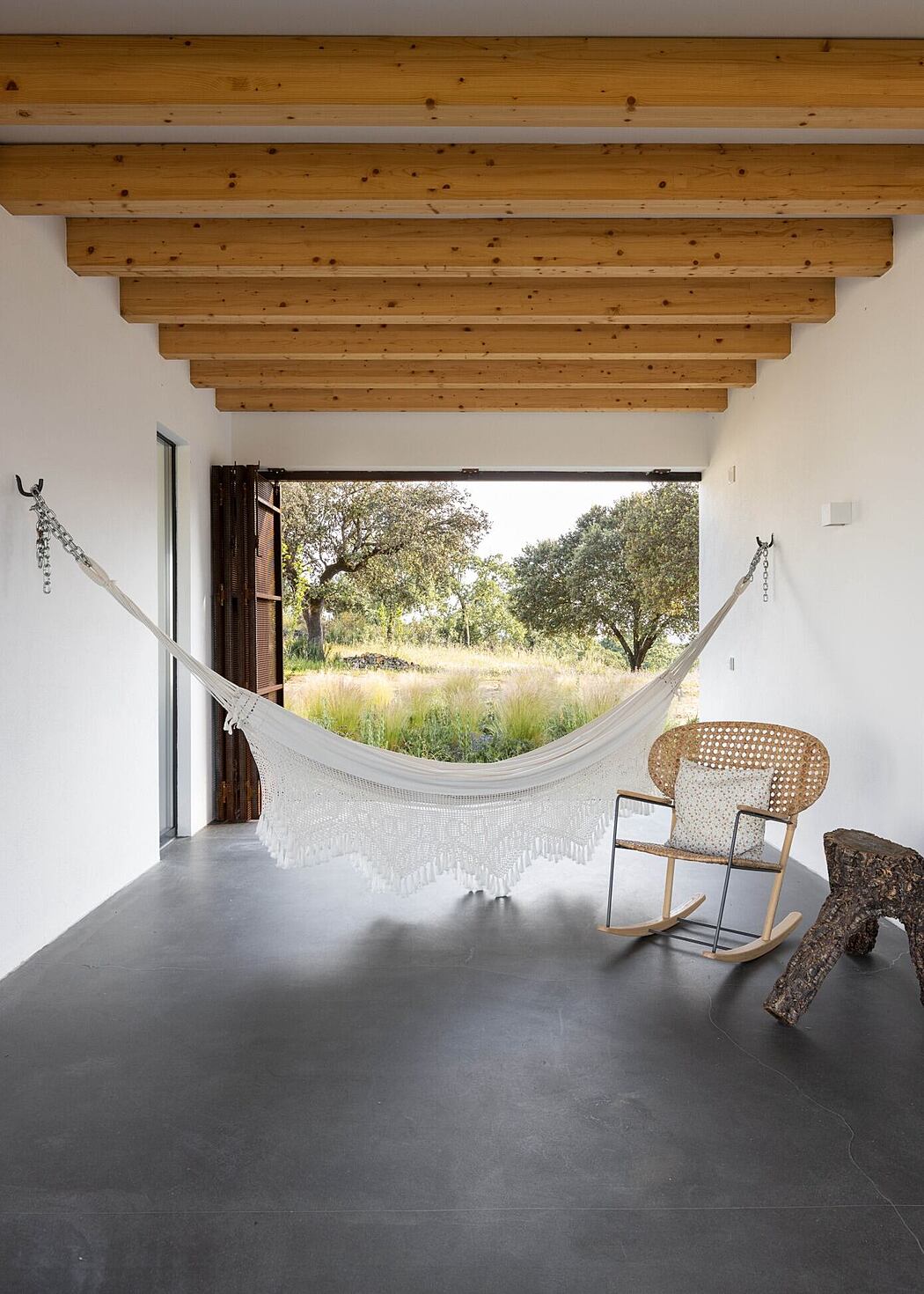 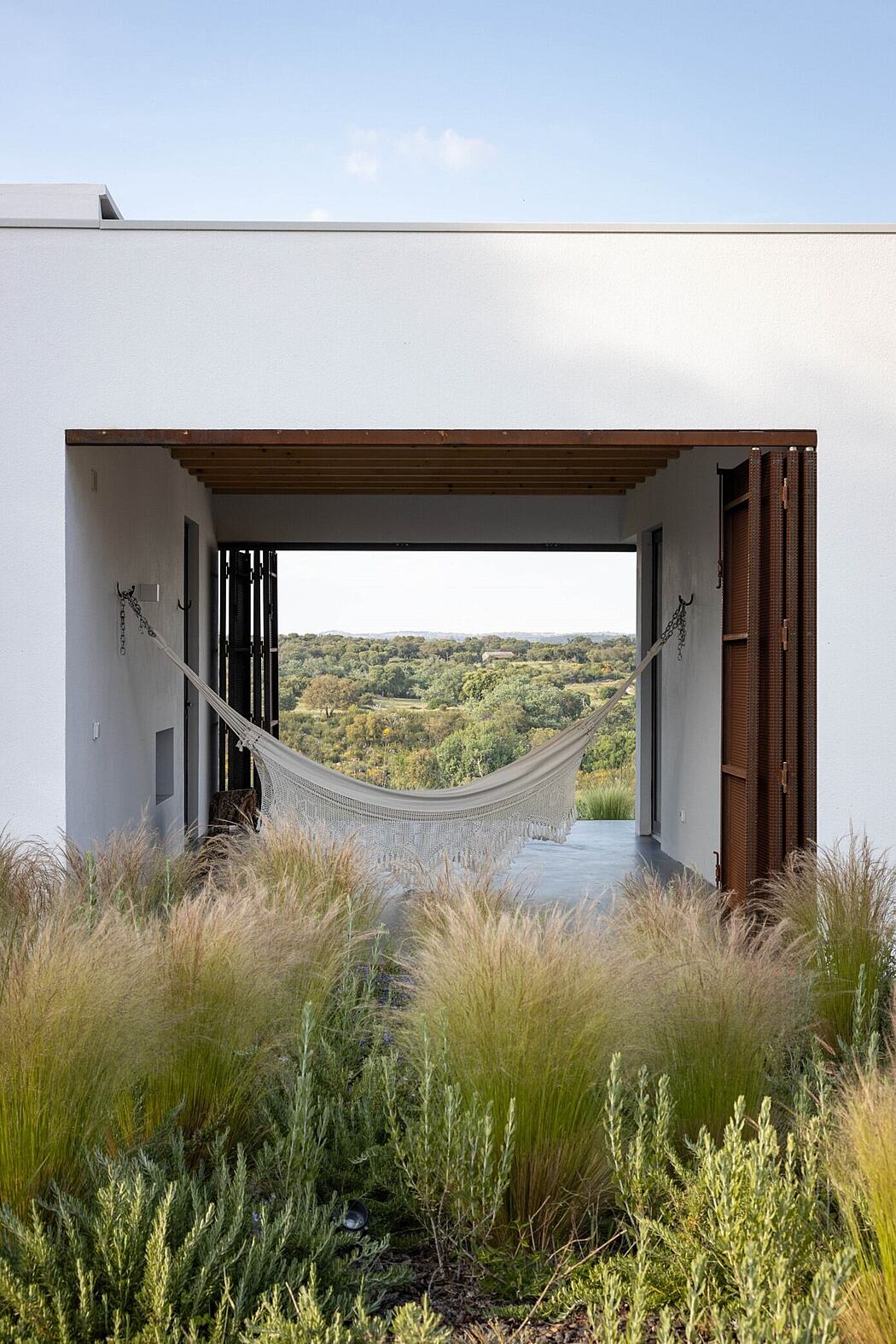 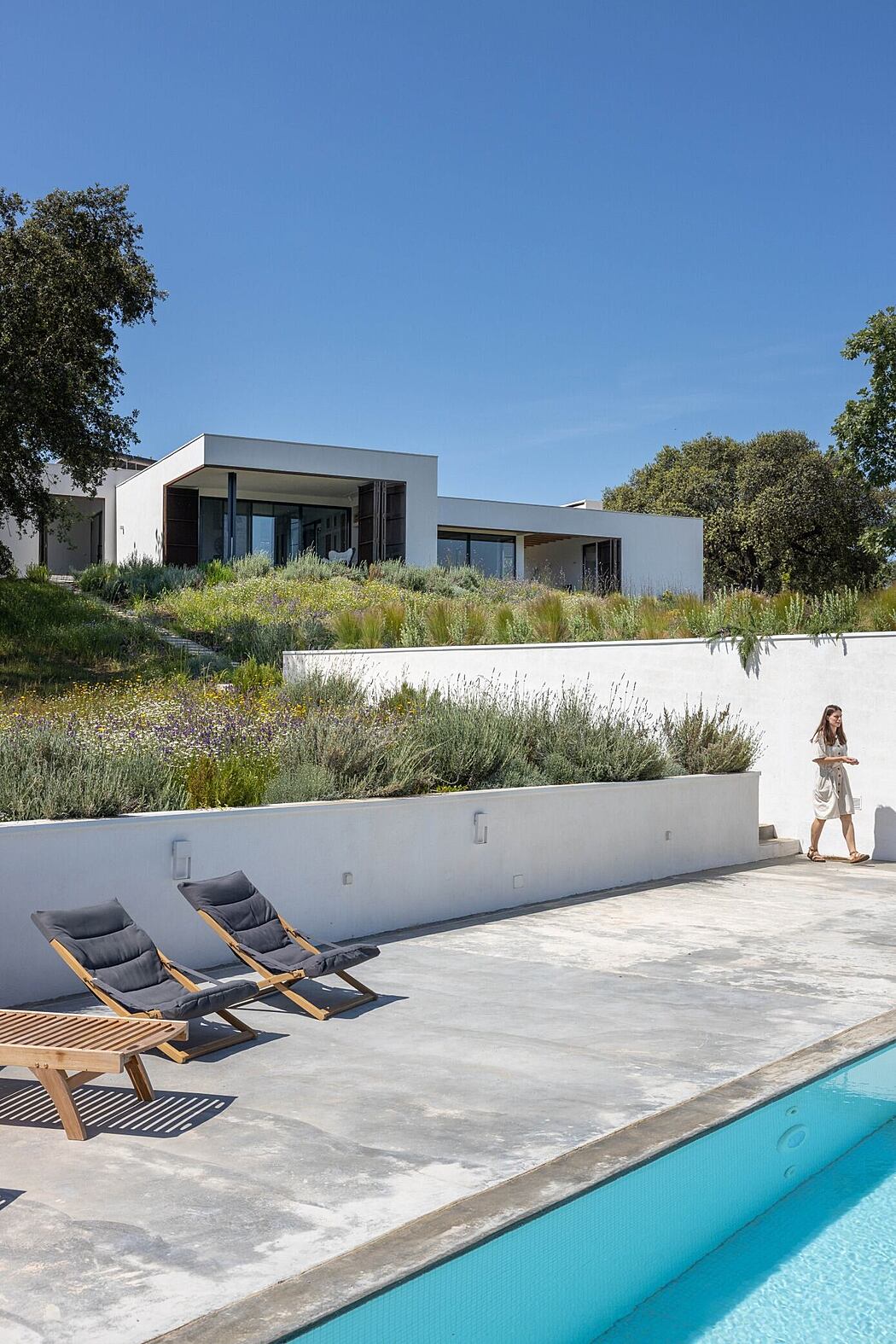 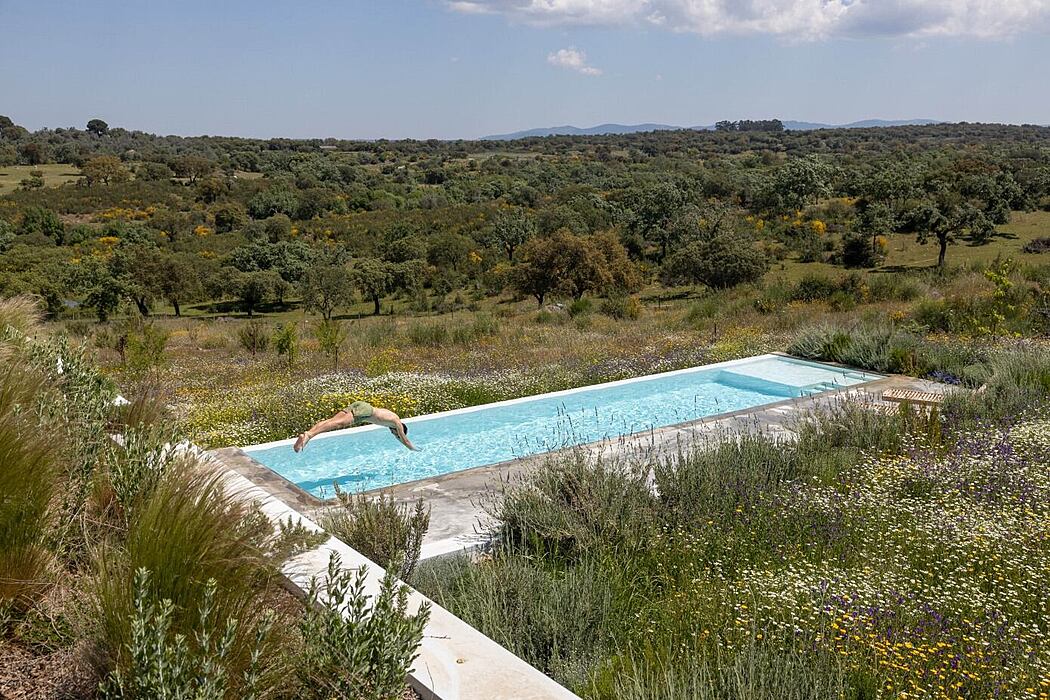 “Casa no Crato” was designed for a couple who loves nature and silence and that was looking for a retreat place, away from the hustle and bustle of the city. It is located at the upper part of Alentejo region, in Portugal, on a property of about 70 hectares, where oaks, holm oaks, cork oaks and common brooms populate the various hills and create an idyllic landscape. A small flowing watercourse crosses the entire terrain, giving rise to a lagoon that serves as a refreshment point for grazing animals.

The fact that the land was completely free of pre-existing constructions made it possible to design the proposal having nature as a starting point. The house was built on the top of a hill, with a privileged view of the lagoon and the surrounding hills. Its cross shape arises from the adaptation of the construction to the place and its natural pre-existences, countering the trees around it, without cutting down any tree at all. By moulding the construction around the trees, each of its four arms was allowed to be entirely surrounded by the landscape, that penetrates the interior of each space, creating the illusion of a smaller-scale construction.

The entrance to the property, located at a lower level, sets out a path that winds through the land, allowing those who arrive here to absorb the environment of the region, not immediately revealing all landscape and the house.

From this path, we arrive at the entrance hall, which is the intersection point of the two axes that define the spatial organization of the house, and from which the remaining spaces are accessed. In the volume adjacent to the entrance, we find the dining space and the living room, that opens generously to the extensive view of the cork oak forest. At the end of this arm is the office – a more intimate space separated from the rest by a porch, and with a more “serene” relationship with the landscape.

In the volume perpendicular to the previous one, the kitchen appears, at a lower level, with a closer relationship with the pool, that can be seen from it, giving this space a playful and convivial character. Since we consider that the house and the landscape merge into a single element, it was essential to think about the landscape design in a coherent way, choosing plants adapted to the climate, with small maintenance and resistant to drought, with the aim of creating specific environments for each area. To this extent, in the outdoor space next to the kitchen porch, several species of aromatic plants were planted, such as thyme, lemongrass and rosemary, which, in addition to the strong and nice smell, can be used in food preparation.

Finally, on the opposite side of the kitchen, it is developed, at a higher level, the volume of the rooms, accessible through a staircase, which extends to the corridor that gives access to the rooms and which is punctuated by a set of vertical openings that allow natural lighting of the space, but that maintain the privacy of this area. Each room has an independent relationship with the landscape, enjoying a more controlled view, given the topography that welcomes them. Lavender and other small species form the border next to the porches of the rooms, reinforcing the tranquillity inherent to these spaces. Attached to this volume we find a fountain, which reinforces the presence of the water element next to the house, also serving as a drinking fountain for animals that approach.

All along the house, were created porches that function as transition spaces between the interior and the exterior, allowing the experience of the habitable areas to meet the Alentejo landscape in rest and shaded spaces. These spaces can be hidden by perforated corten steel shutters, a reinterpretation of the “muxarabi” – an element of Arabic vernacular architecture, which passively control the temperature inside the house, as they allow the constant ventilation of these spaces.

From the porch to the interior, the wooden beams and the floor materiality reinforce the spatial continuity. Stroked concrete was the material chosen for the flooring of the entire house, due to its simplicity and robustness. Throughout the house, storage was built into the walls and hidden through doors with a straw core. This system allows the interior spaces of the cabinets to be permanently ventilated.