Casa F+V is a modern located in , Italy, designed in 2019 by NTA – Niccoli Turano Architetti. 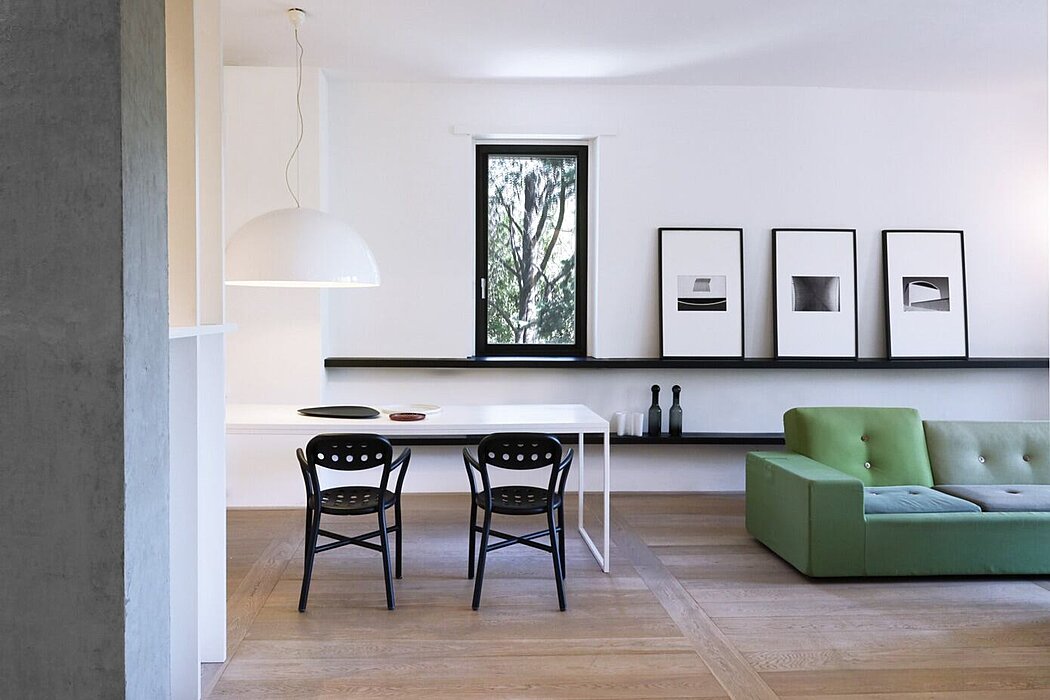 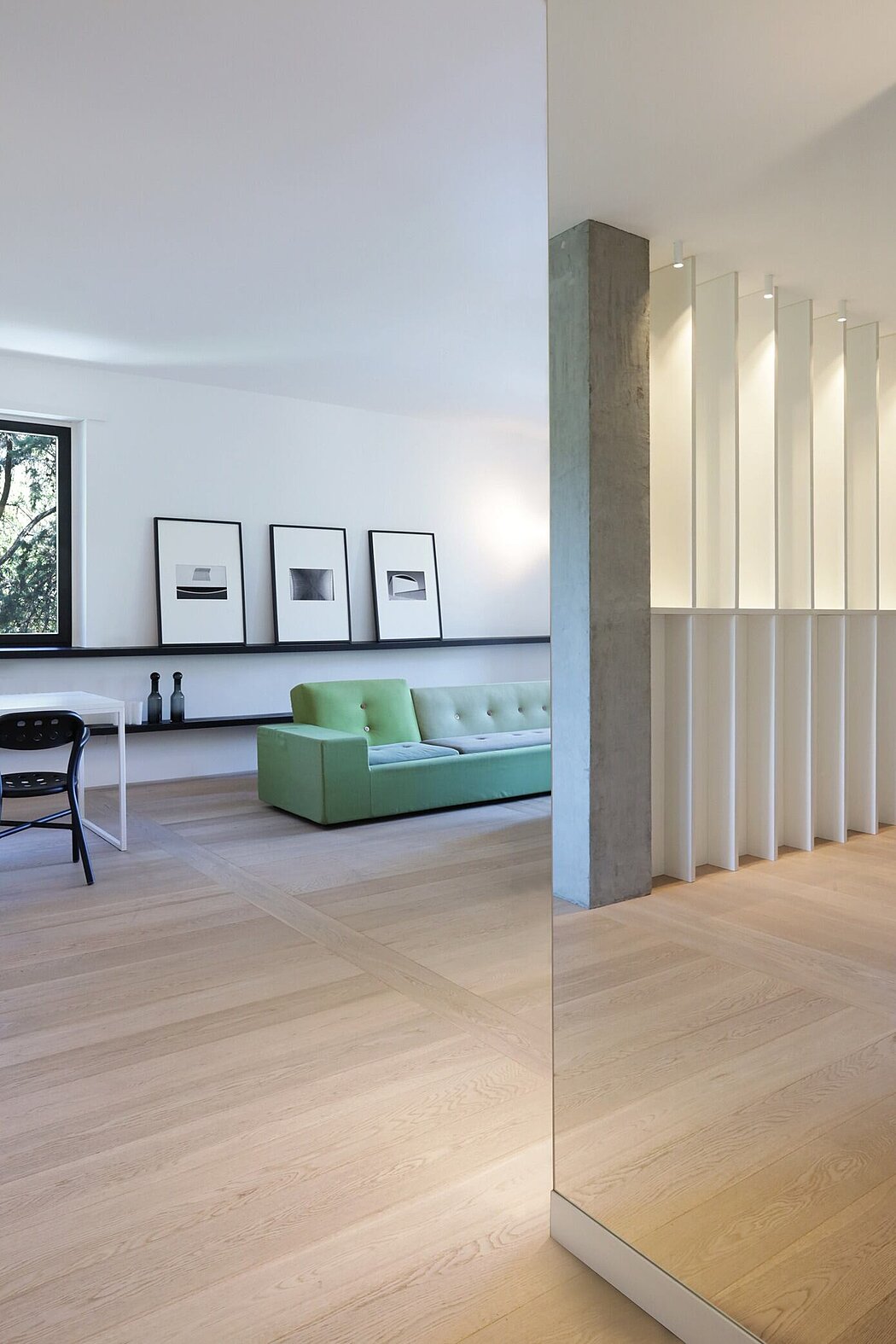 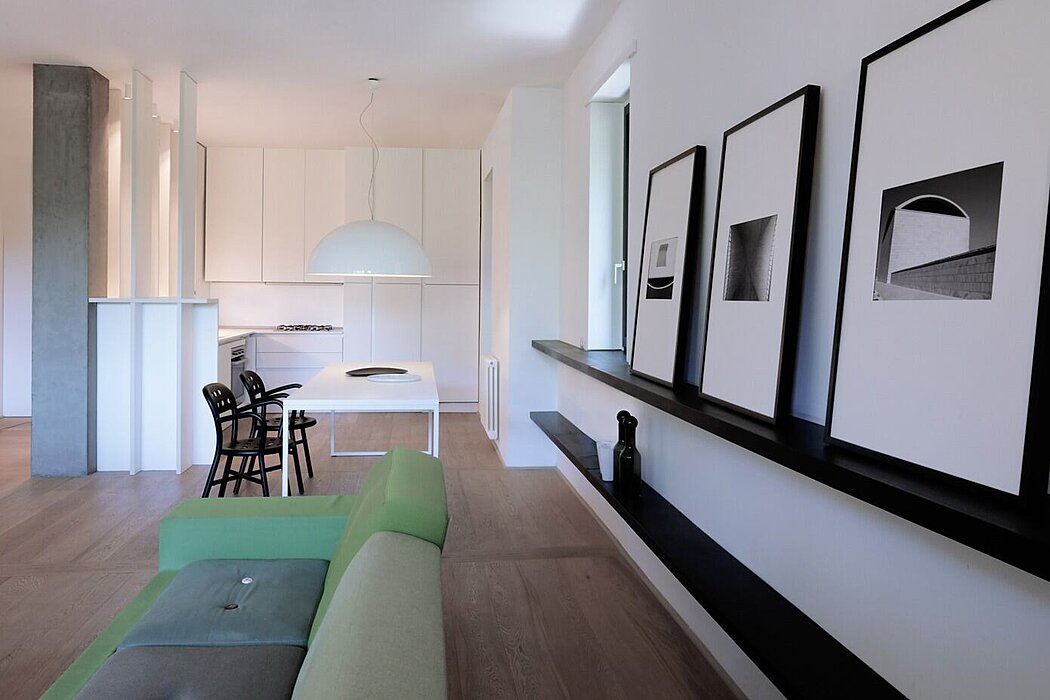 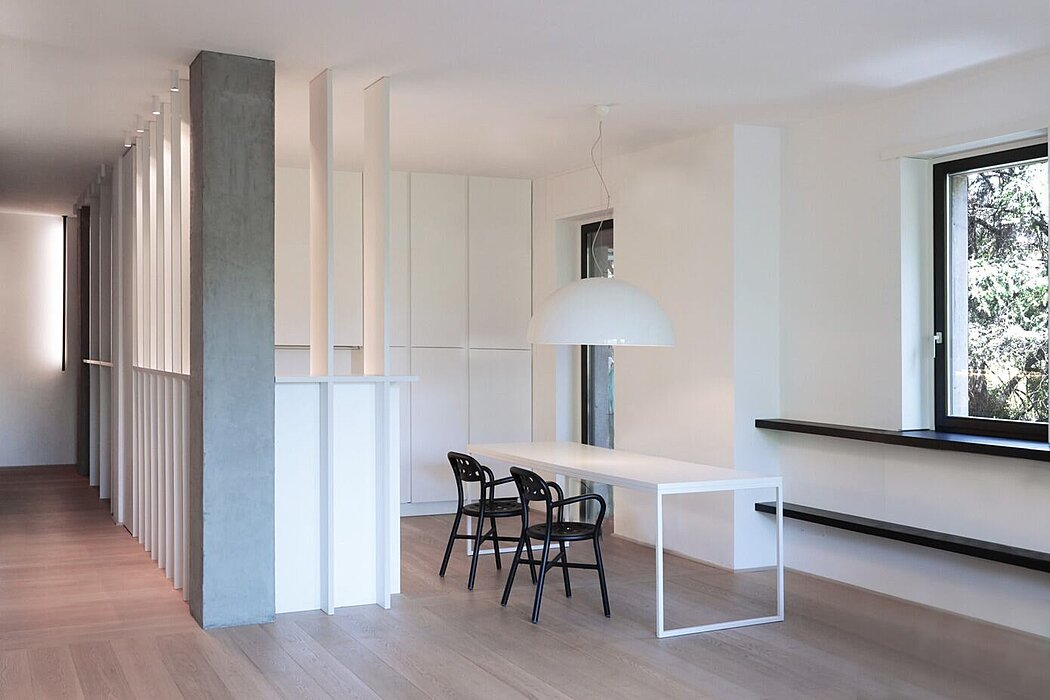 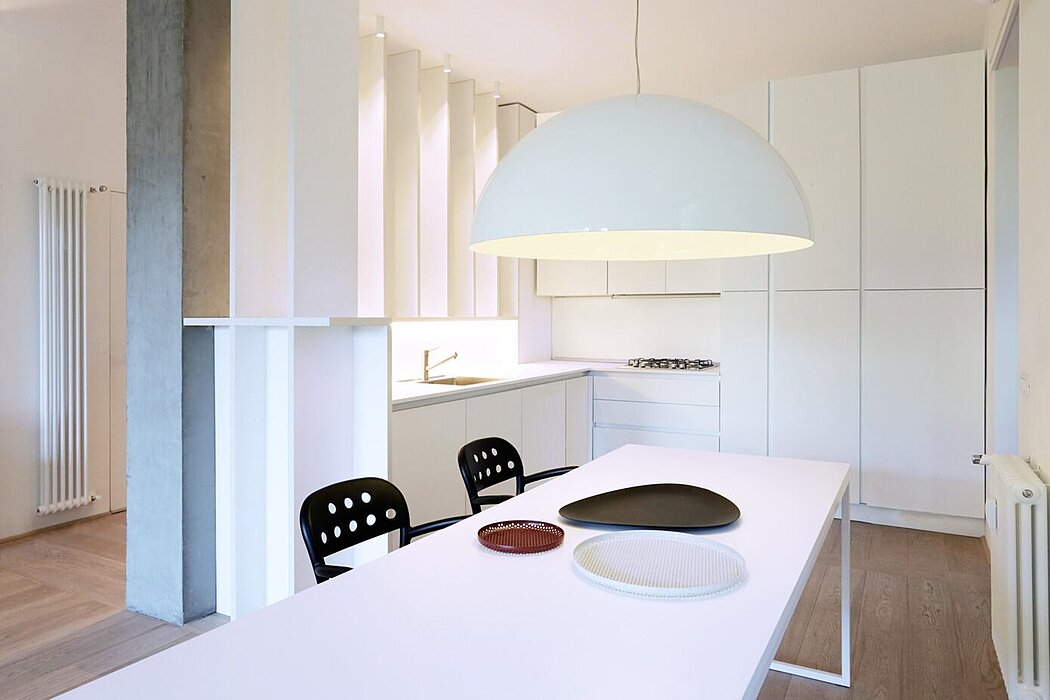 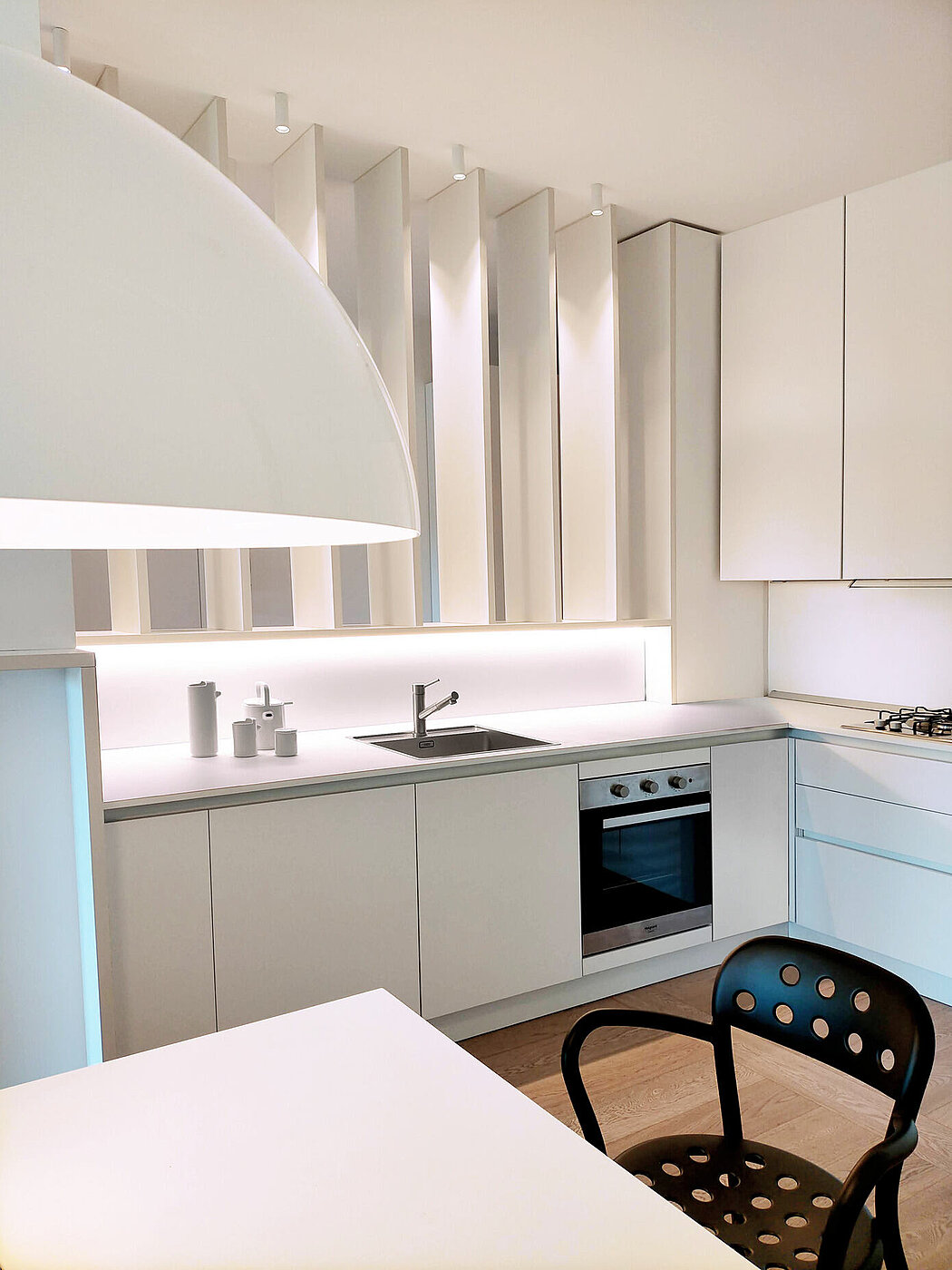 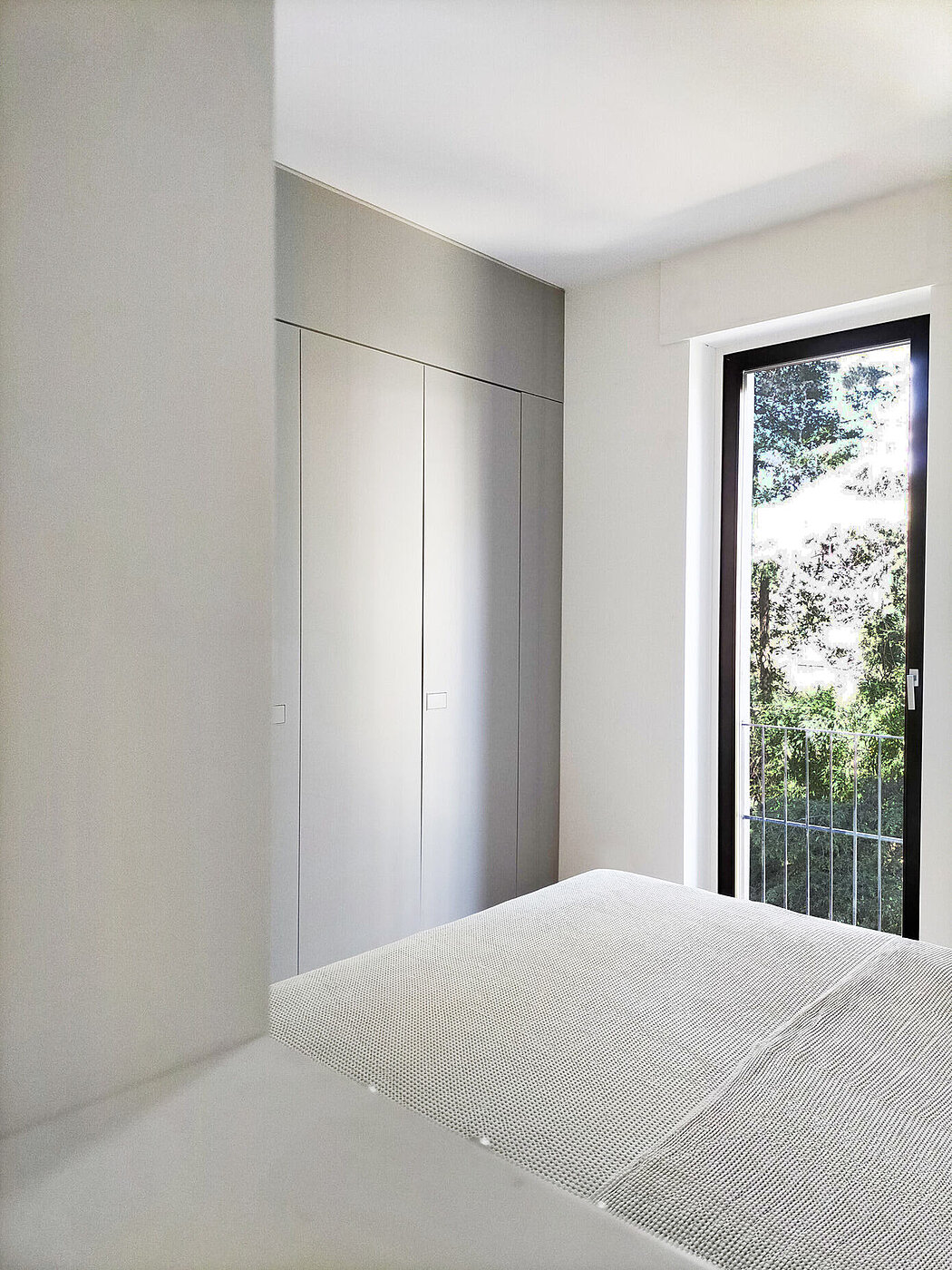 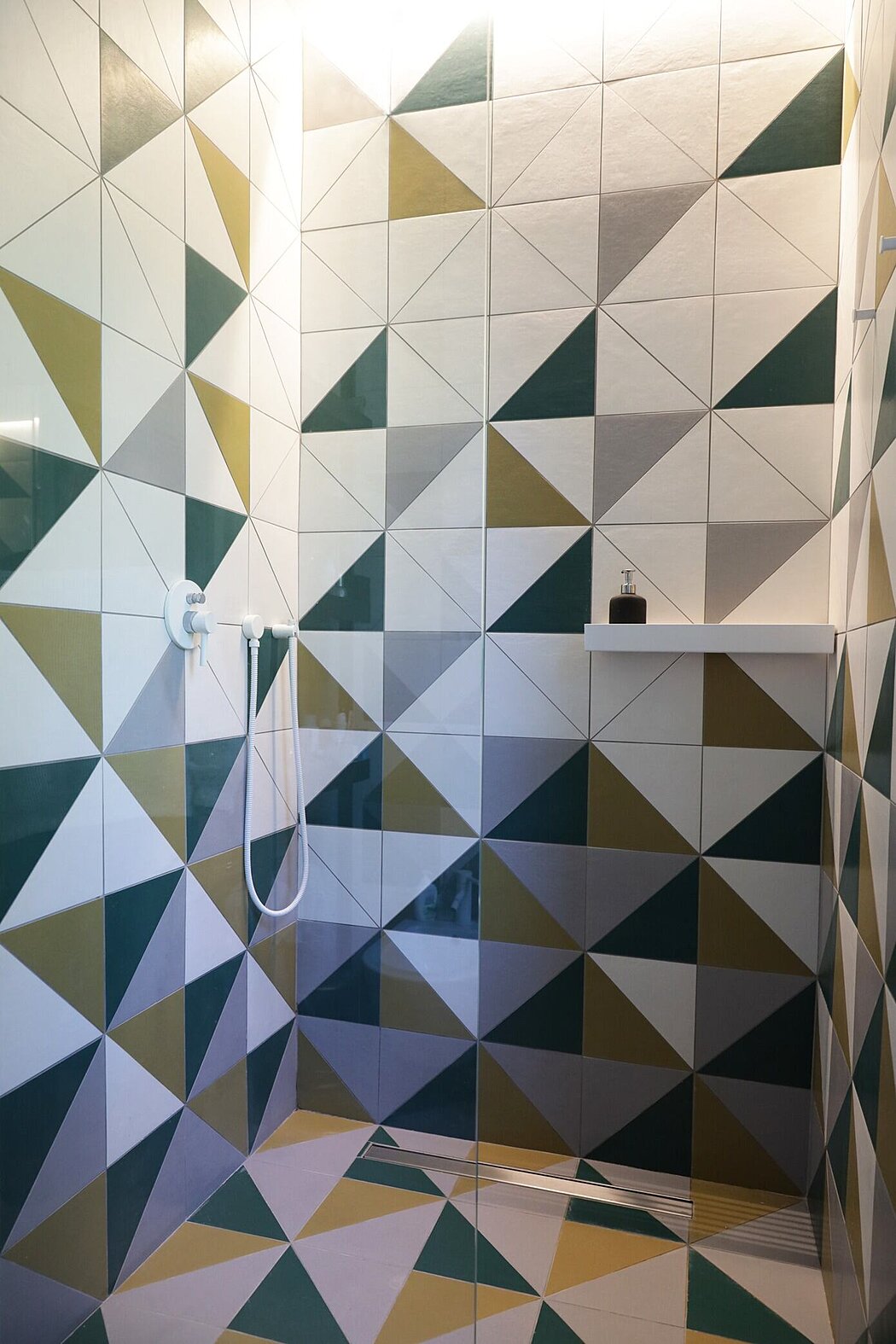 The apartment is located in the residential area of EUR, next to the small lake and facing a large green area that once housed the Roman velodrome.
Everything in this area continues to tell us about that fortunate season when the Olympics (Rome, 1960) became an opportunity to build new pieces of the city.
From the very first inspection, the tectonics and materials of the building, the appurtenant greenery, and the orography of the terrain won our view, although from the beginning the domestic space expressed the need to be updated to the lifestyle of the family for which it was intended.

Thanks to the double entrance, the apartment lent itself to be divided into two family units, one of 120 square meters and a small one of 30 square meters intended as a professional studio.
The materials and finishes chosen for the Interior Design project were the result of the sampling done on the present materials and then reinterpreted in a contemporary key. The structural grid visible in the staircase body suggested to us the same finish also for the isolated pillars inside the apartment, the rosy tone of the parquet flooring is a chromatic reference to the curtain wall covering, while the choice of the triangular-shaped ceramic tiles re-propose the changing and iridescent effect of the sun in the transition between the foliage of the tall bamboos, visible from the numerous windows that dictate the perimeter rhythm of the house.