Casa E is a located in Tigre, Argentina, designed in 2020 by Estudio PK. 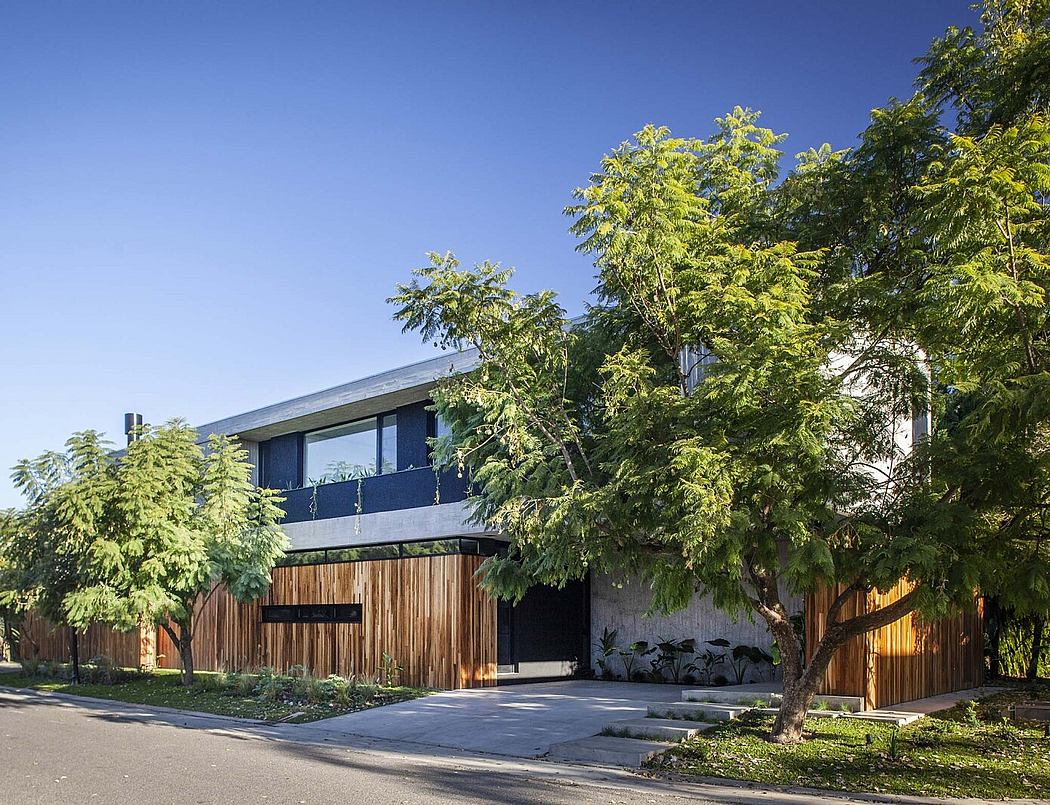 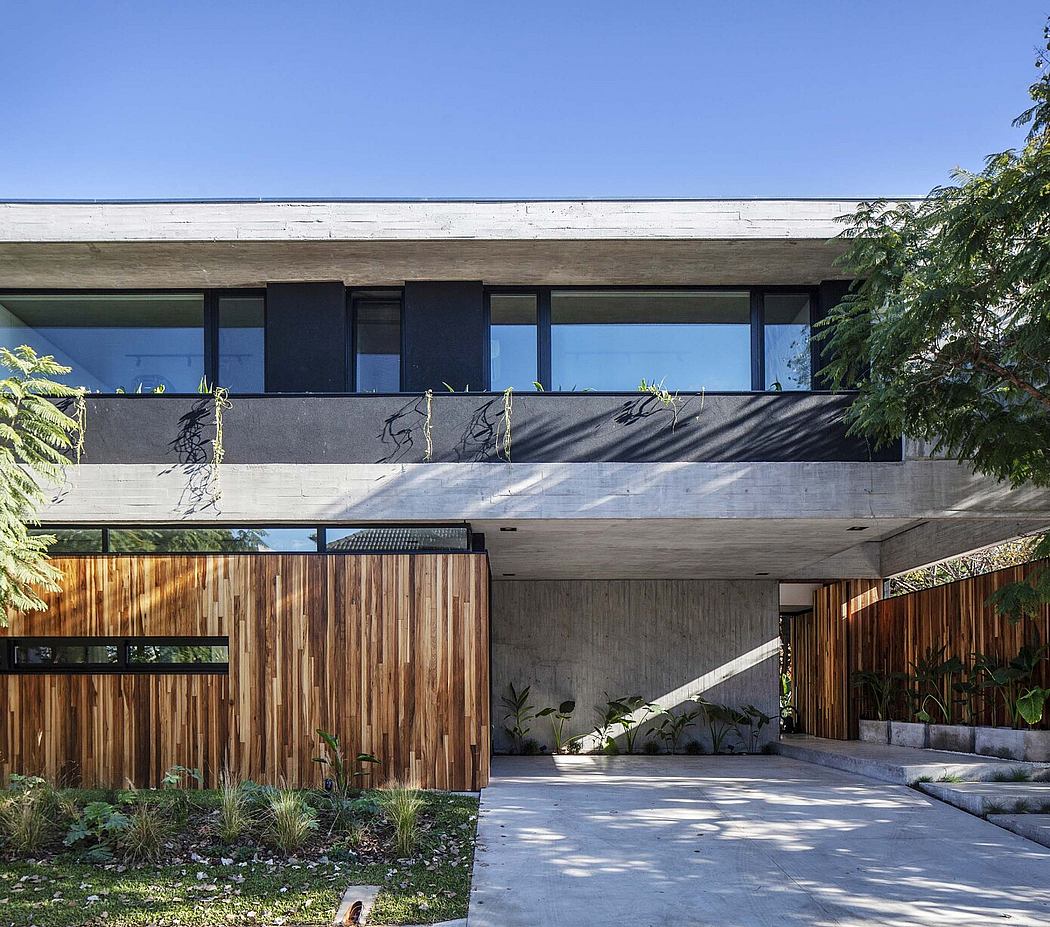 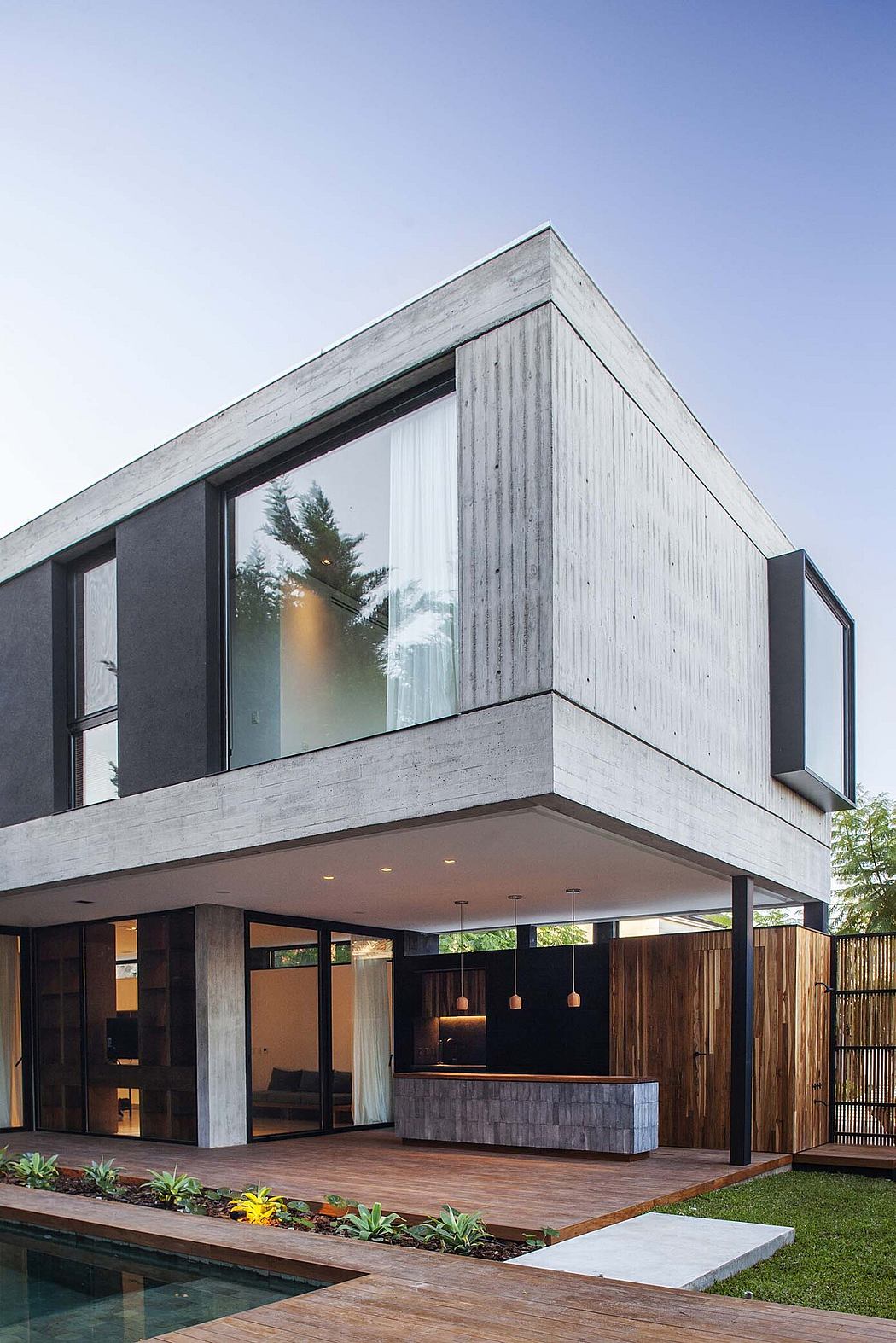 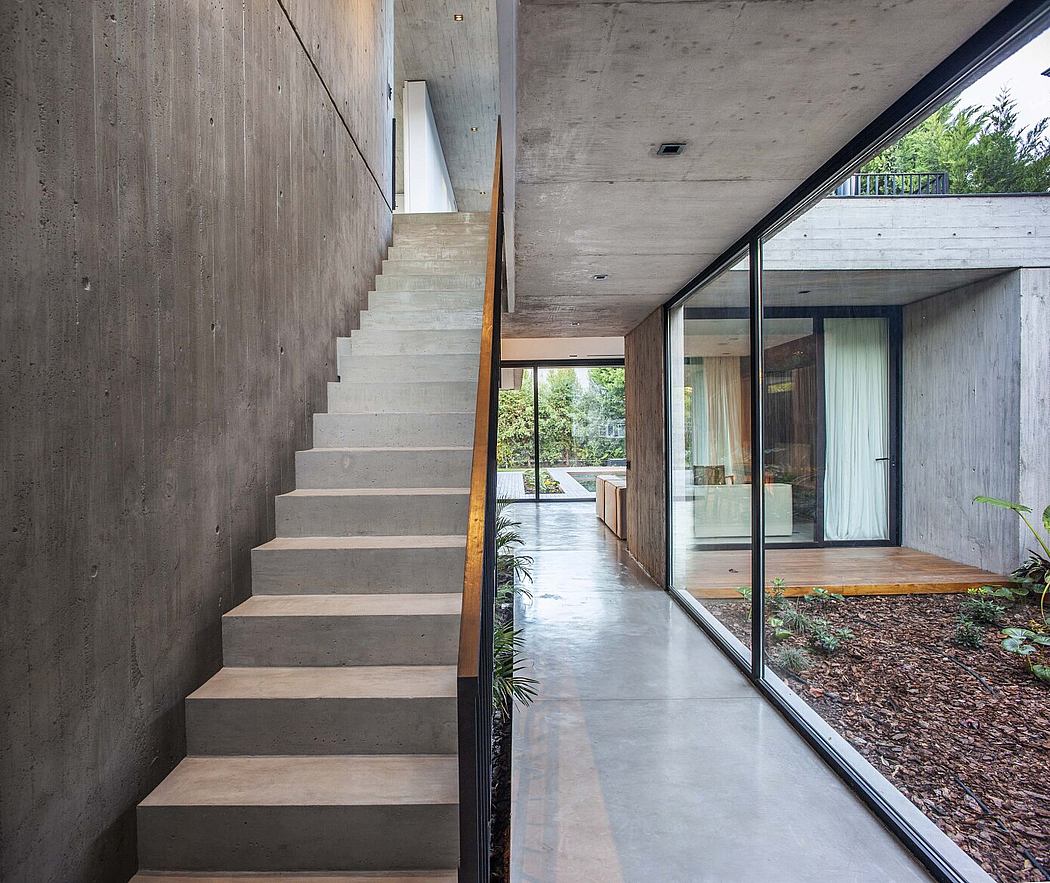 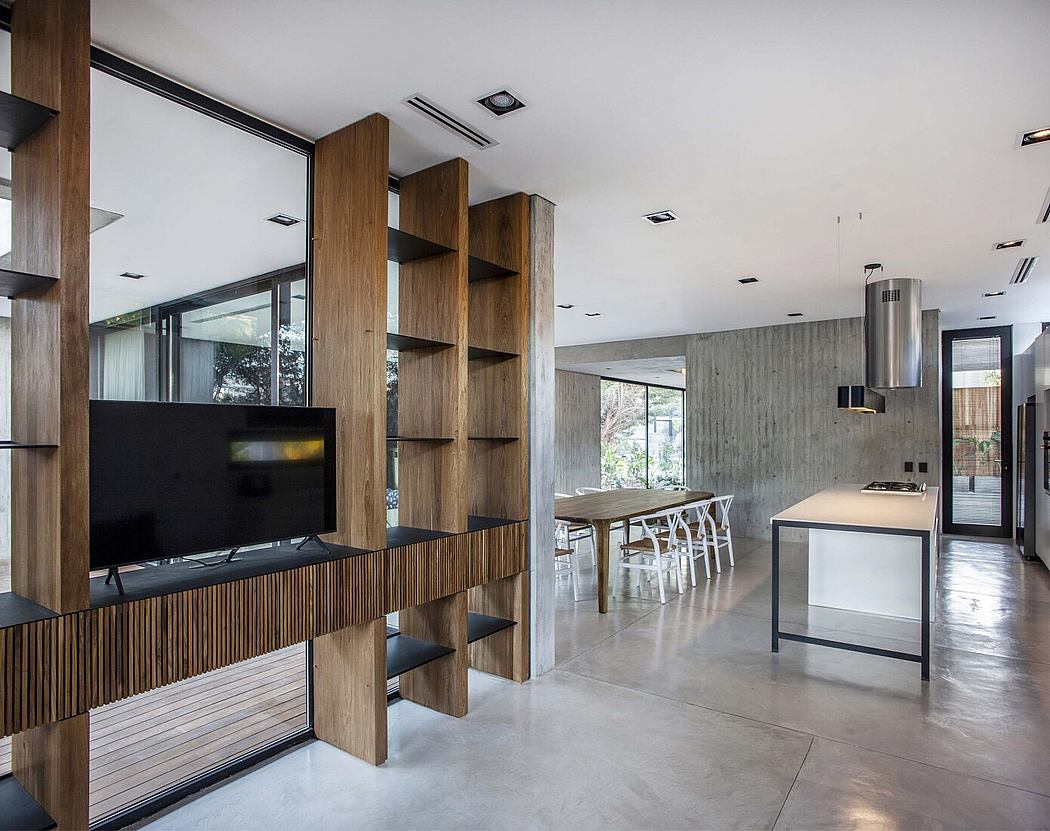 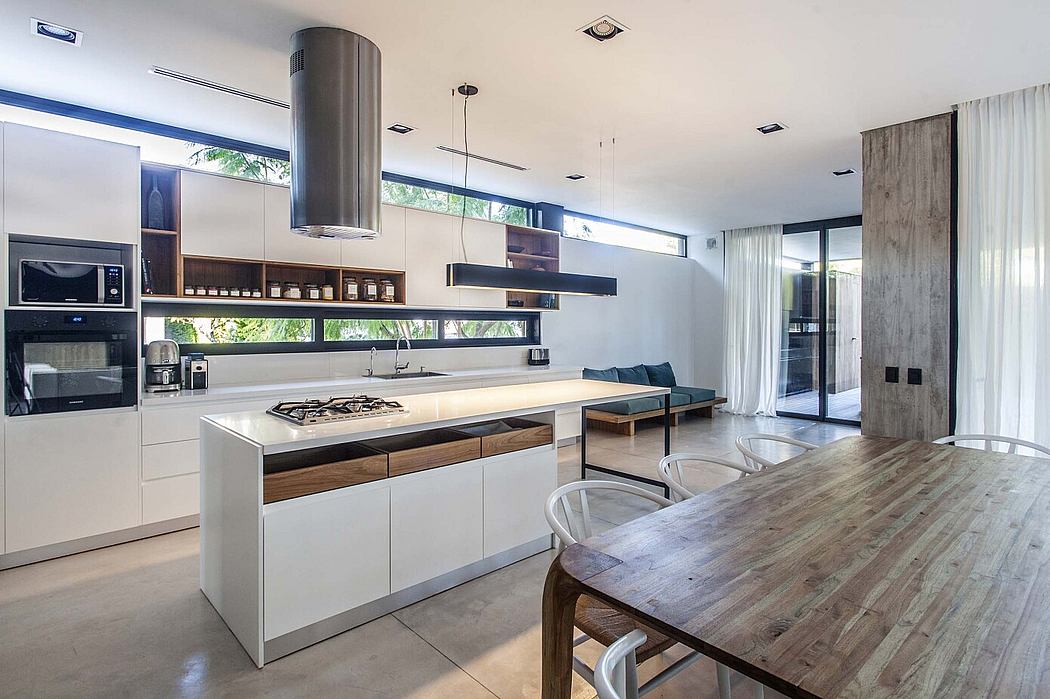 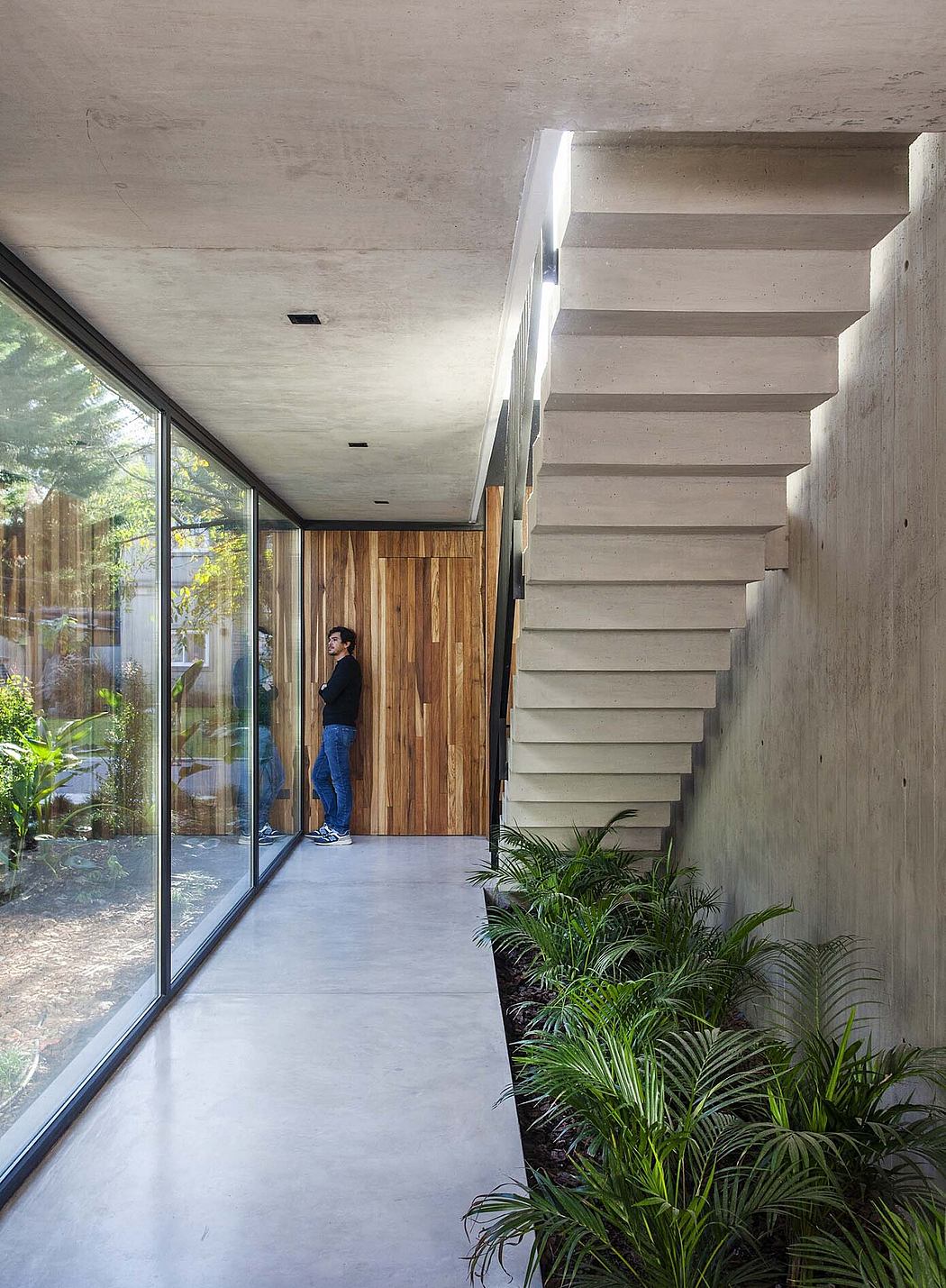 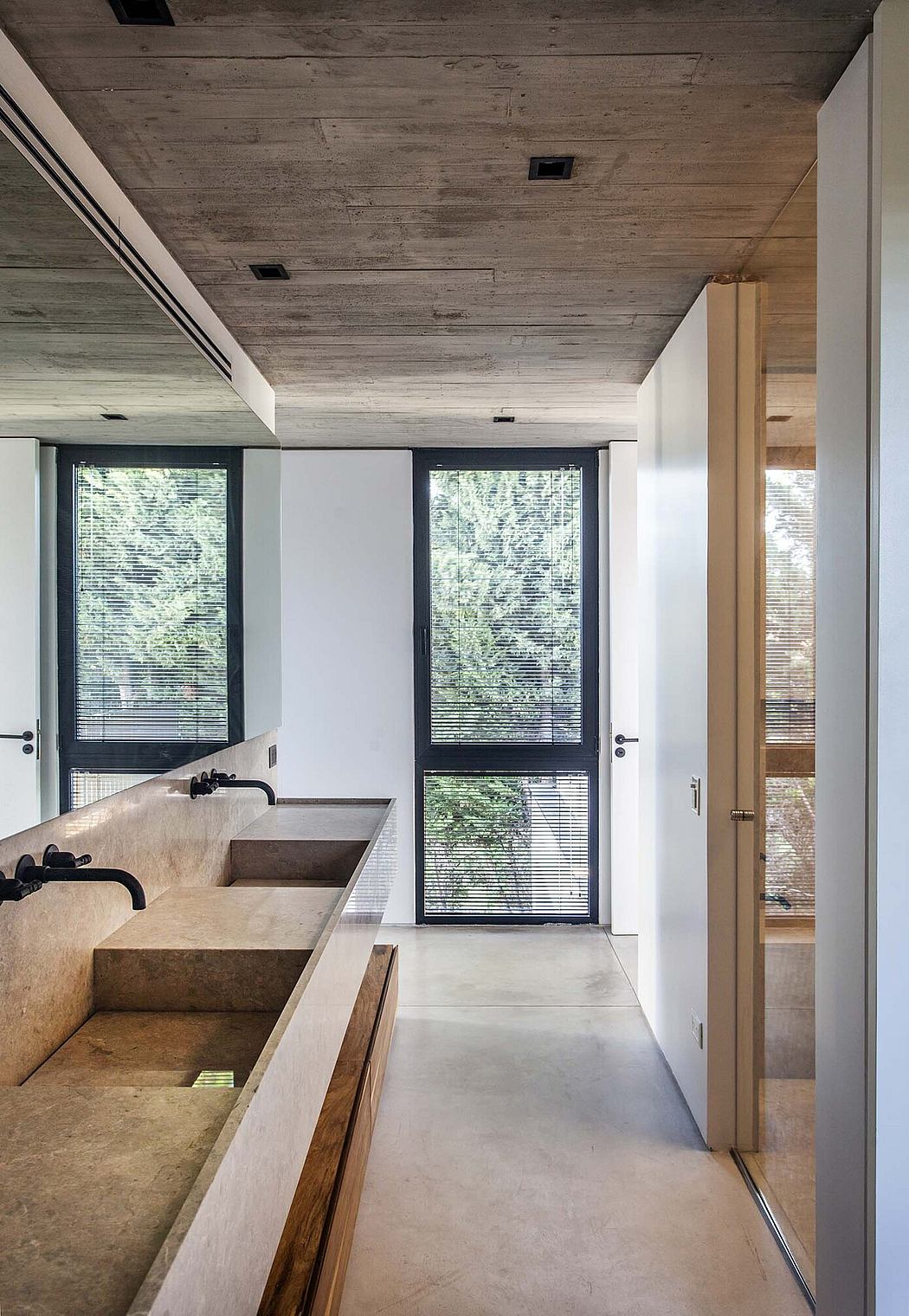 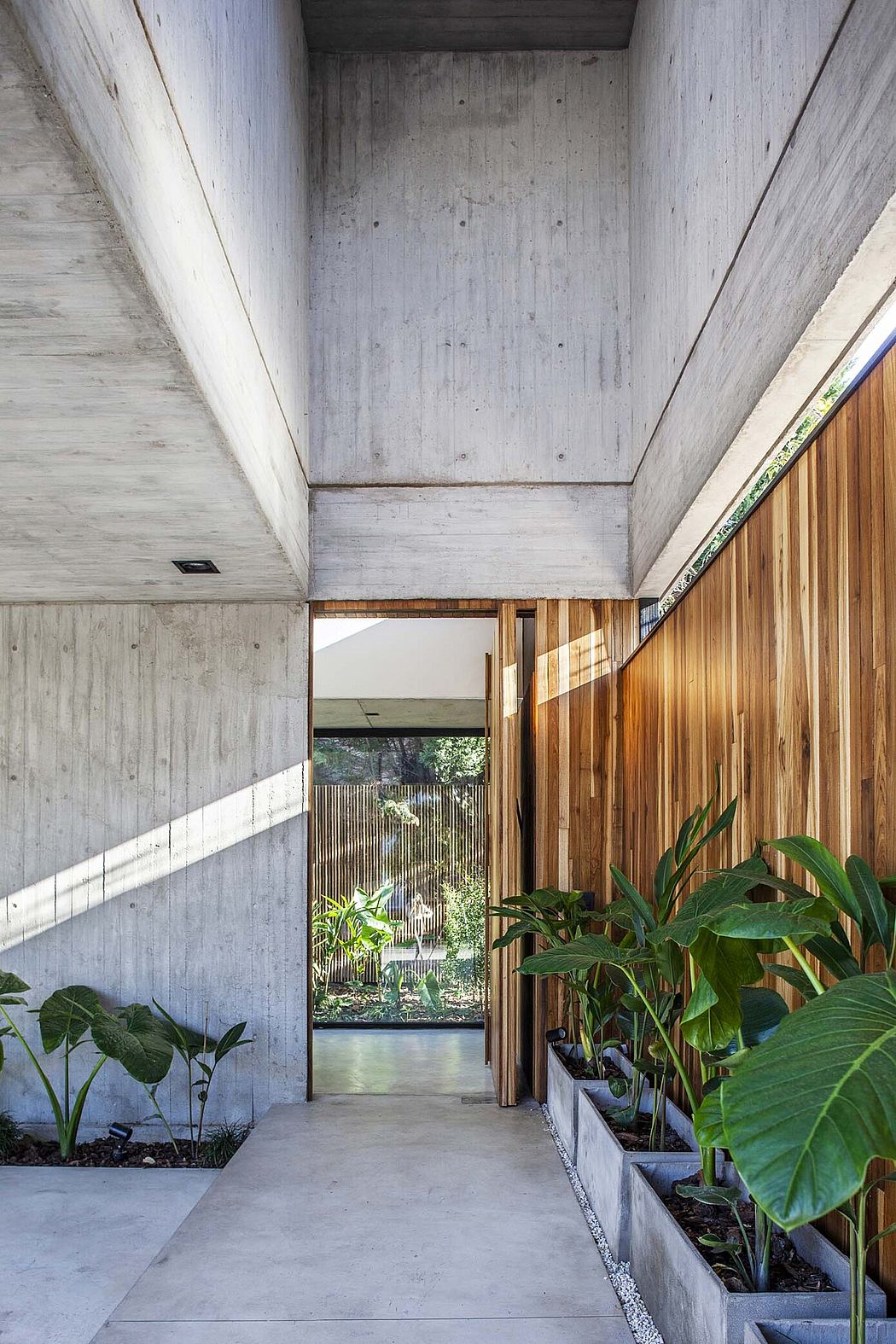 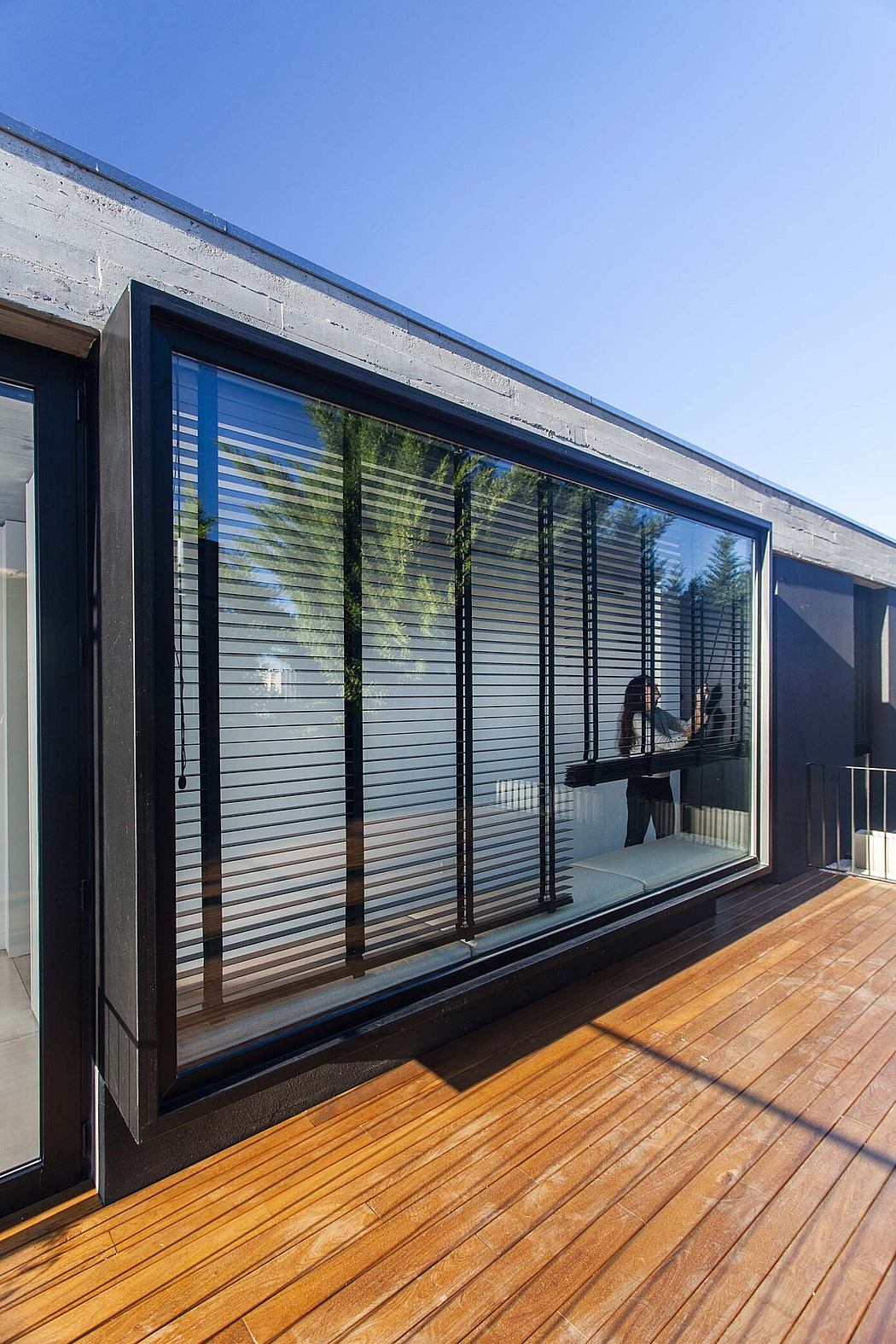 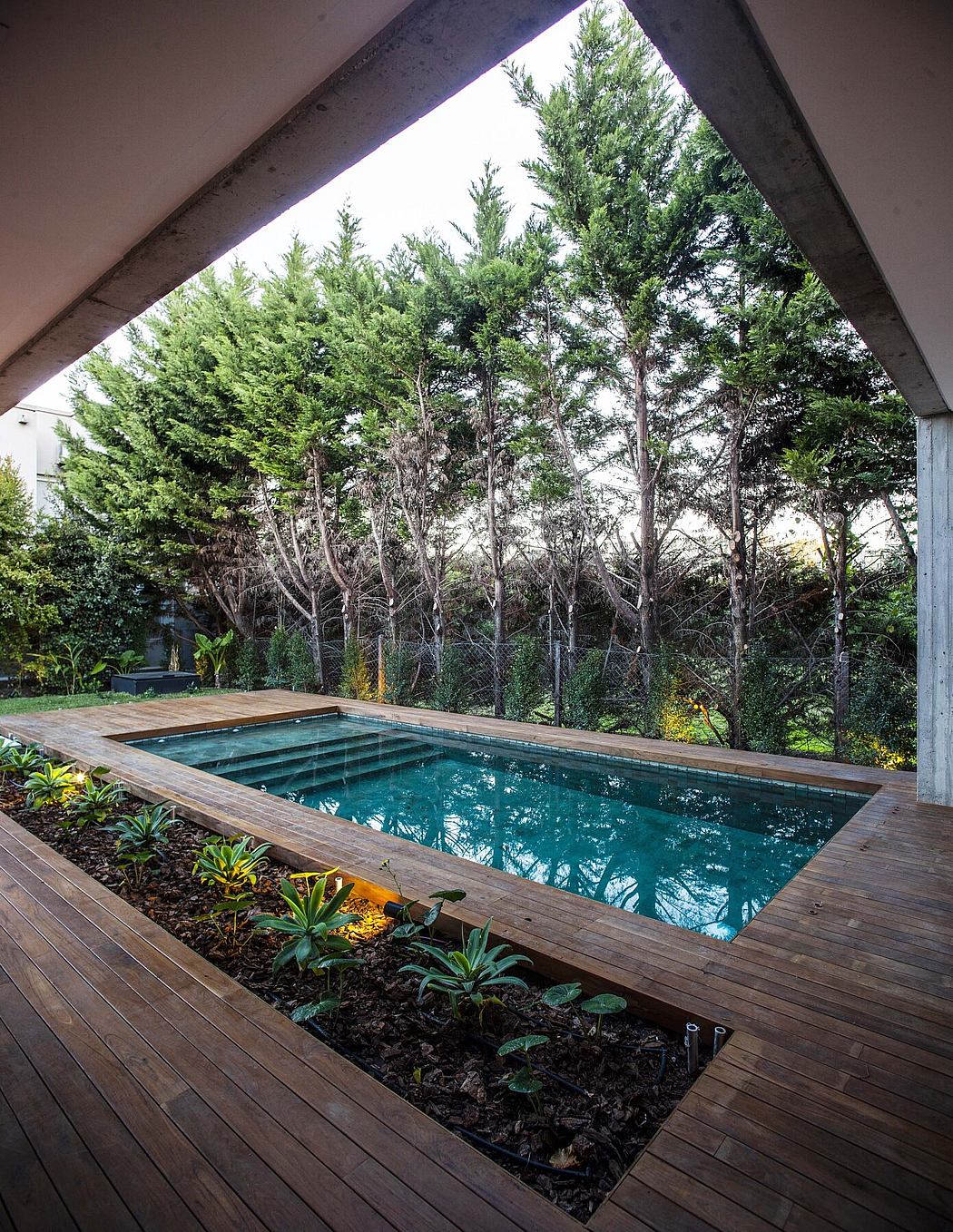 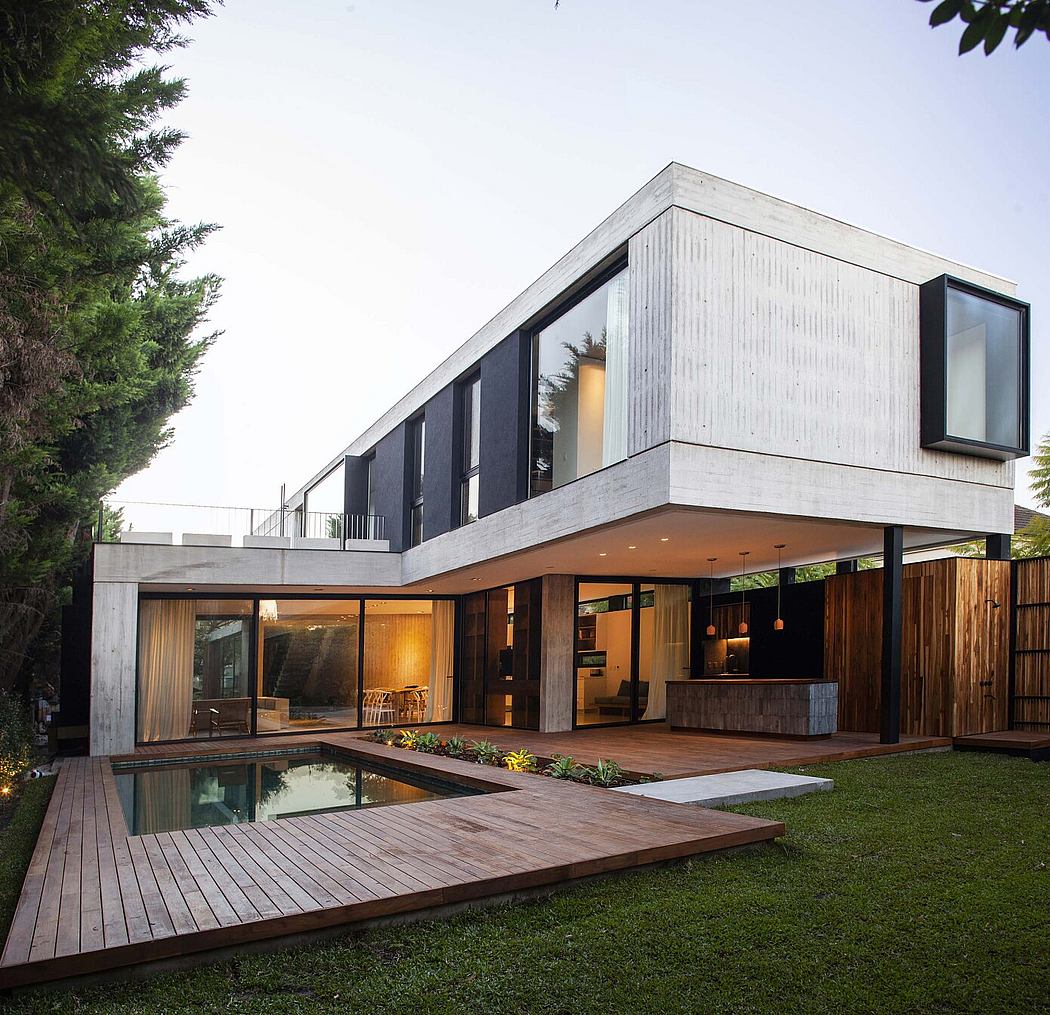 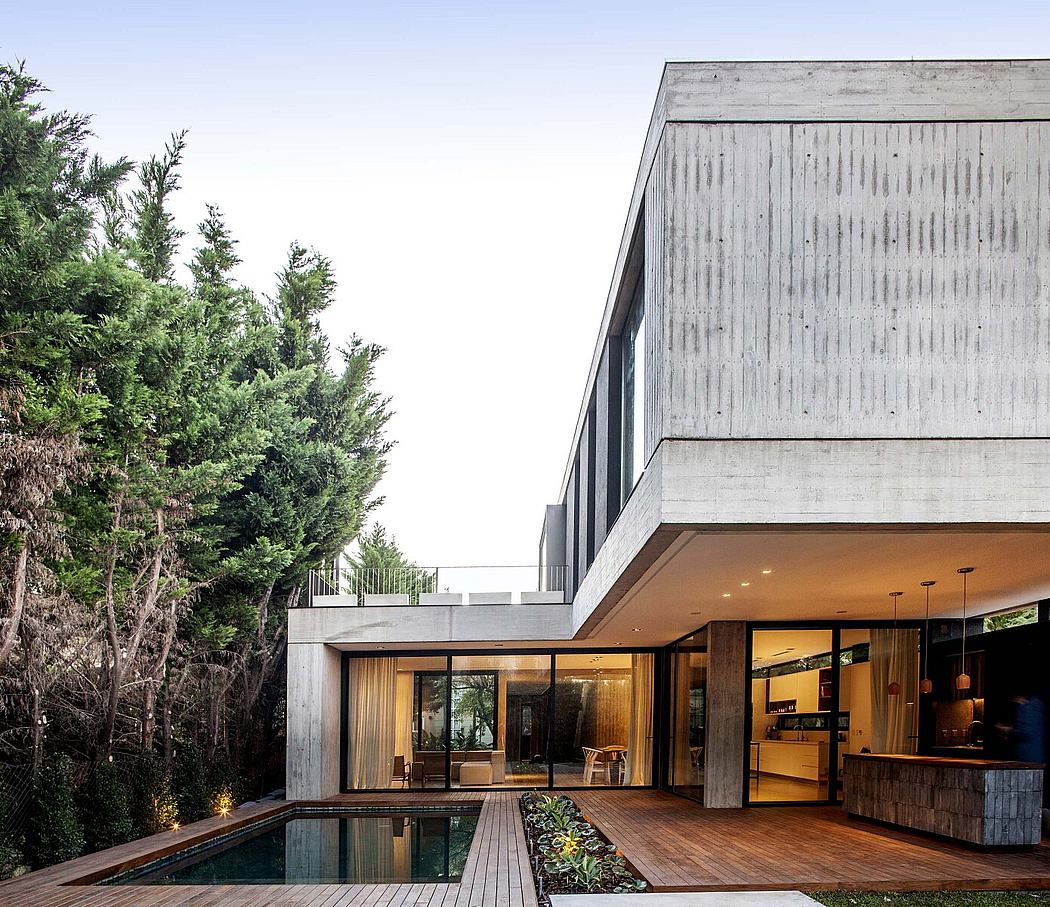 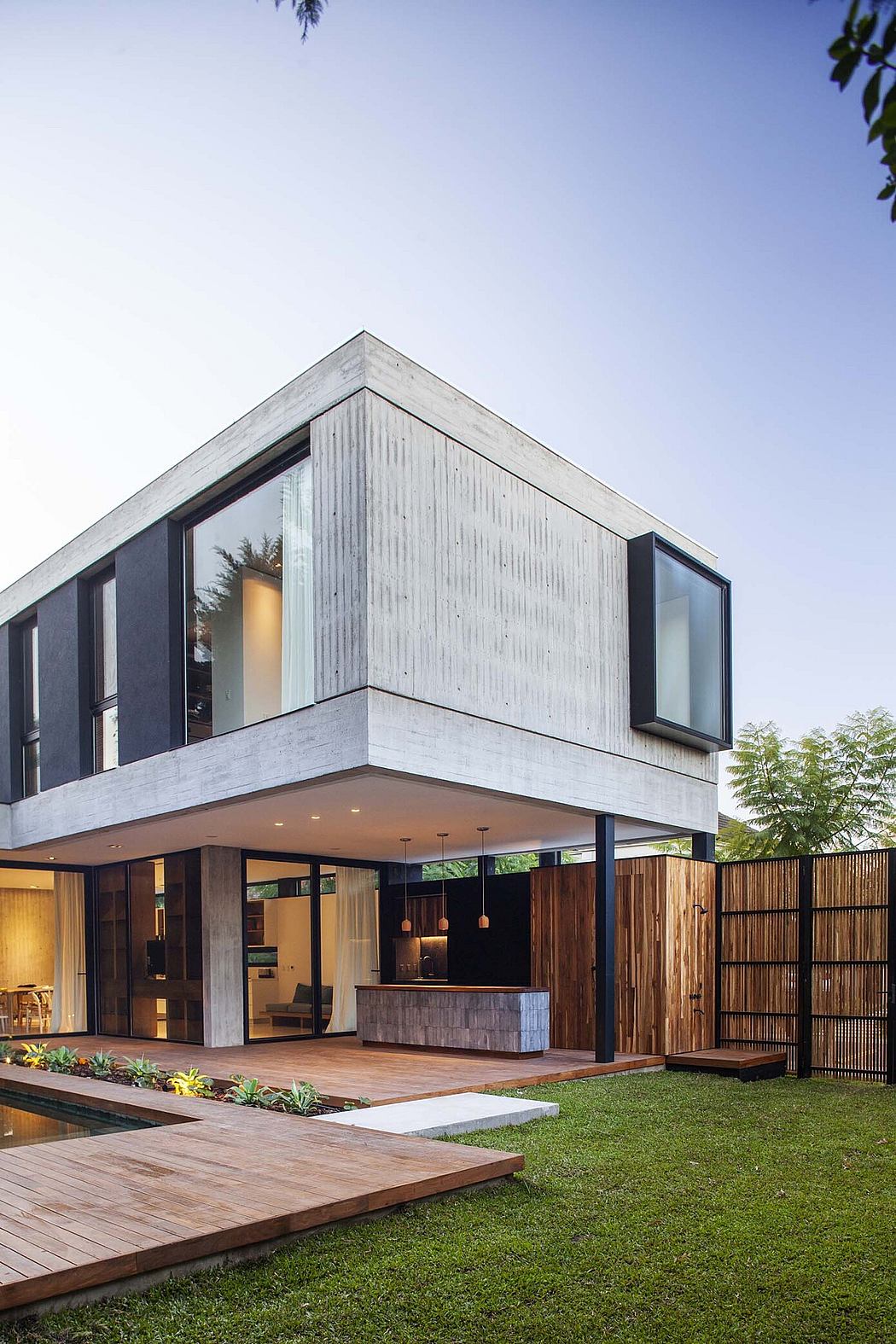 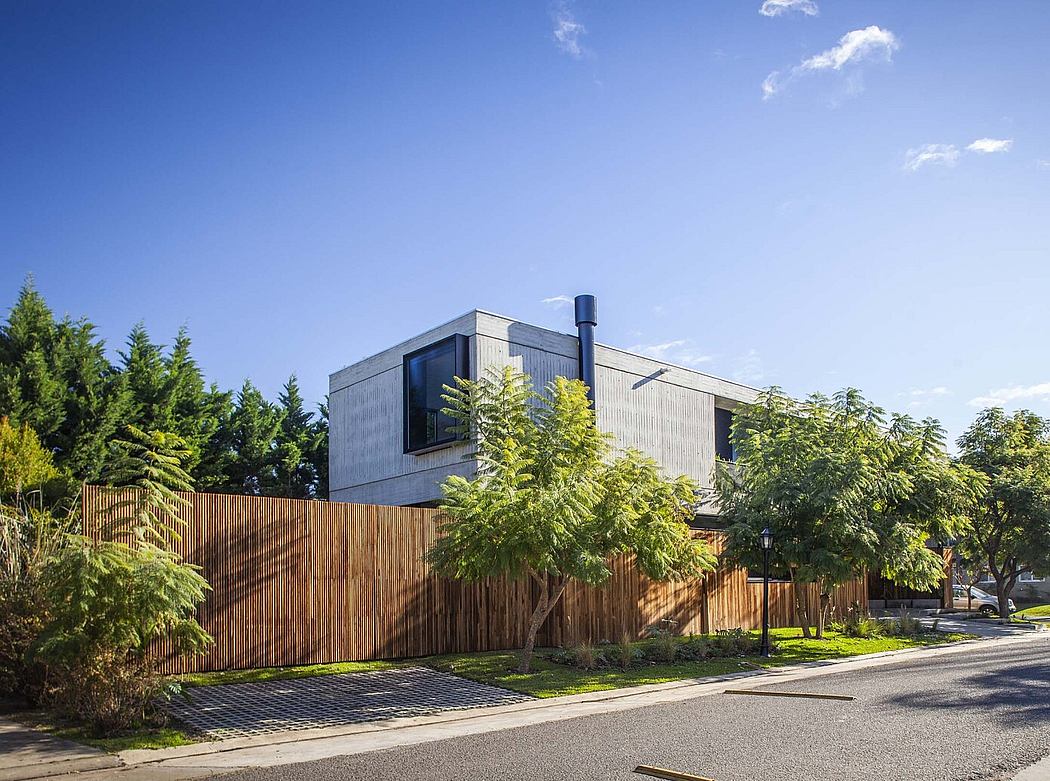 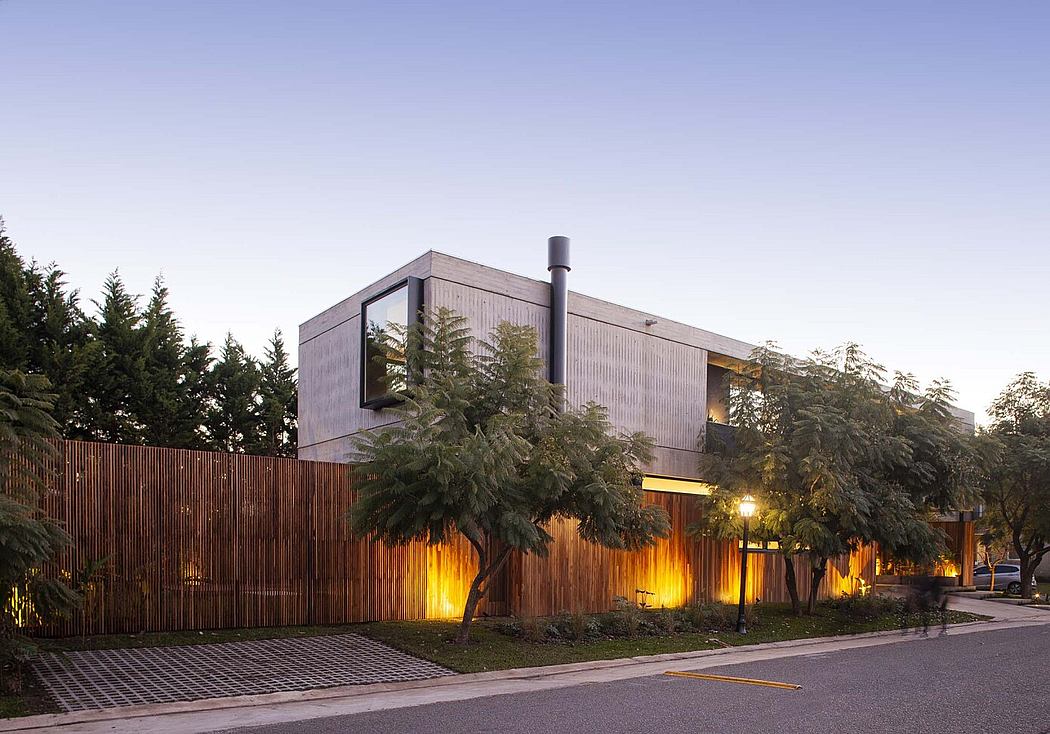 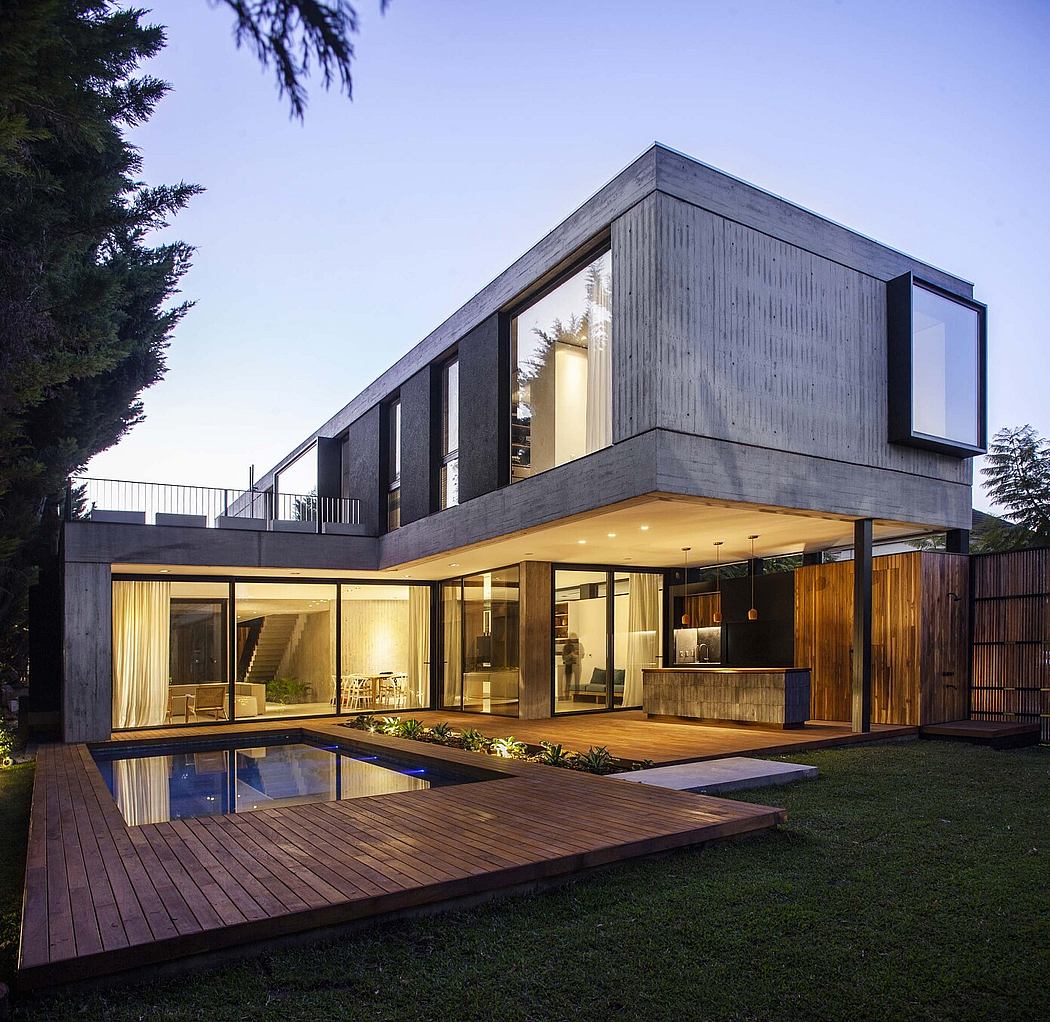 Located in the Isla del Sol neighborhood in the Tigre district, Casa E is implanted and coexists with the local regulations.

When designing the project we were faced with a corner lot, with an atypical typology within the implantations that are normally worked in the studio.

We decided on a design based on an L-shaped bar located in contrast to the corner, which instead of having the shape of the same, configures two gardens, one internal side that surrounds the bar and another outside.

Both patios take the best orientations of the terrain and generate that the common use spaces are surrounded by vegetation.

The house is developed on two floors, the ground floor volume is composed of noble materials such as wood that gives warmth and upstairs a heavier volume of concrete.

Both volumes were worked from different perforations that form empty spaces, providing a void to the north with respect to the courtyard.

The work was designed thinking in a more introverted relationship with the street and opening towards the interior and nature.

Enhancing its relationship with the green, it has two windows in the form of protruding eyes, which focus on the greatest amount of green around, capturing not only the best light but also the best visuals, related to the existing trees on the site.