Casa AS by AR•KEY Studio

Introducing Casa AS, an apartment located in , Sicily, Italy. In 2022, this modern real estate was completely renovated by AR•KEY Studio to accommodate the clients’ request for a large living area.

The sail-shaped false ceiling, lit upward by LED strips and downward by recessed spotlights, creates a single environment that combines neutral tones with the natural essences of wood. Custom-made pieces, such as the fitted wall with the fireplace, the hallway and entrance hall closets, the kitchen, the master bathroom cabinet, and the study and play room for the children, truly make this project in Palermo special. 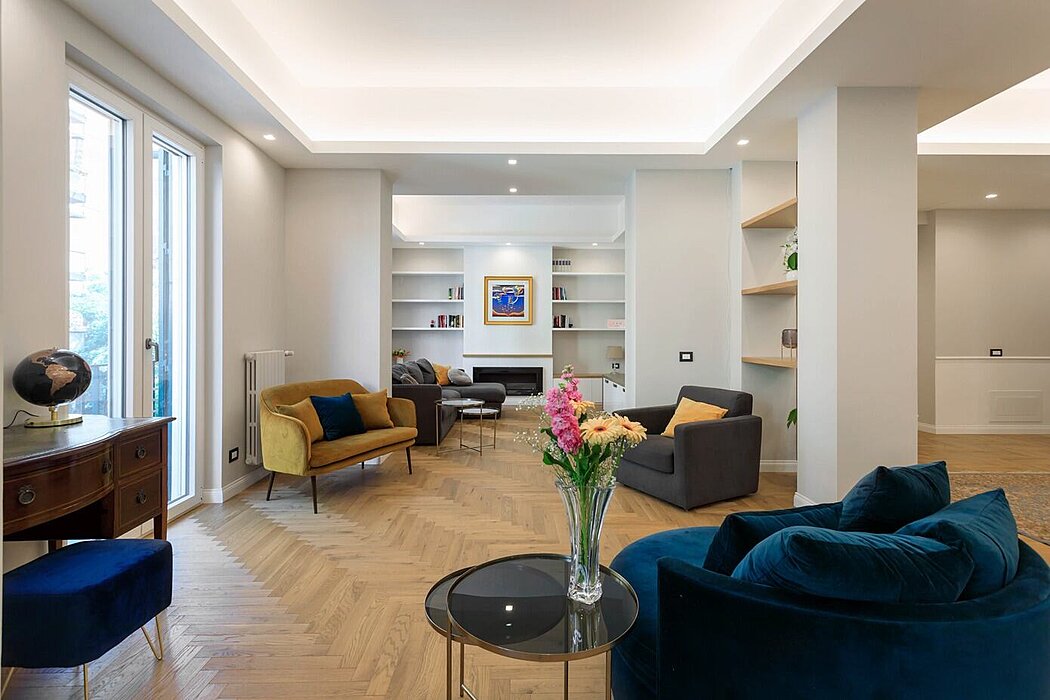 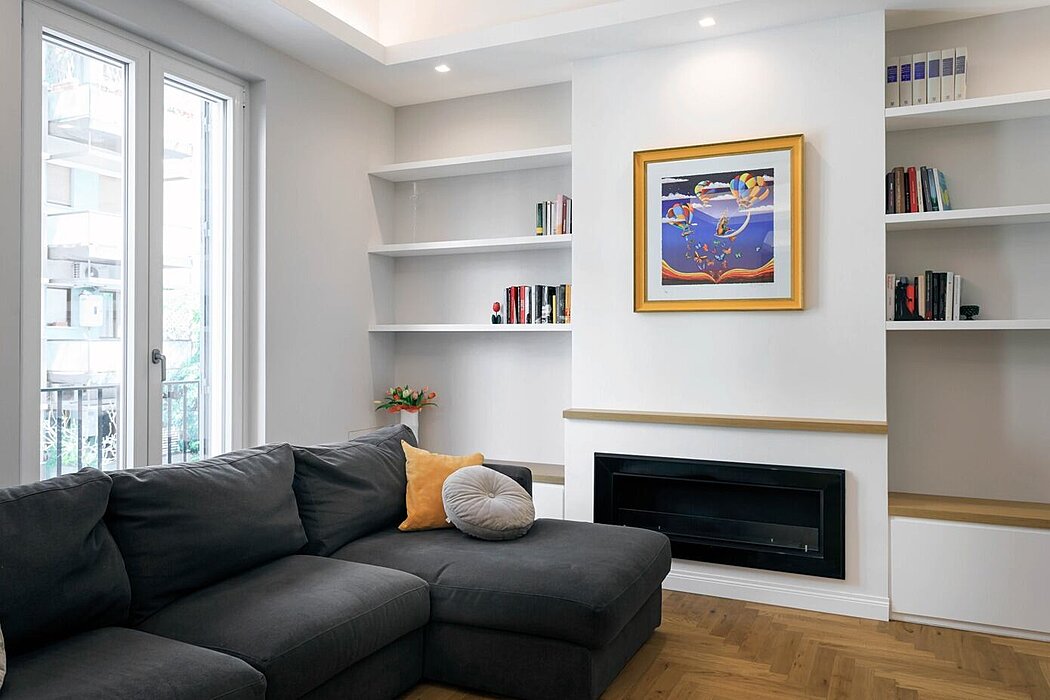 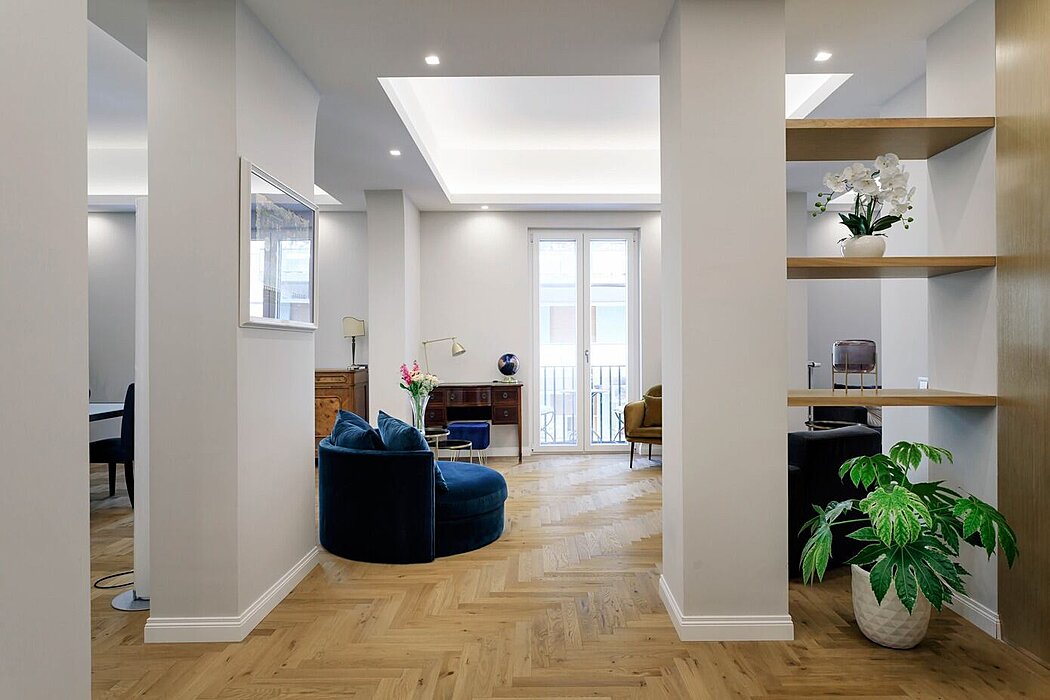 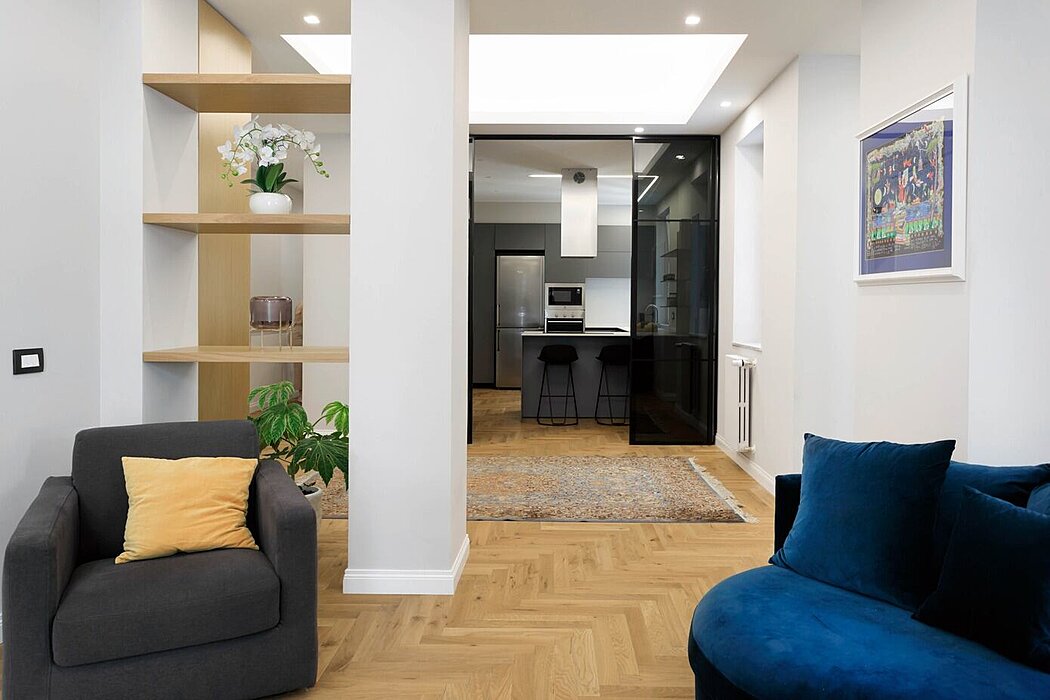 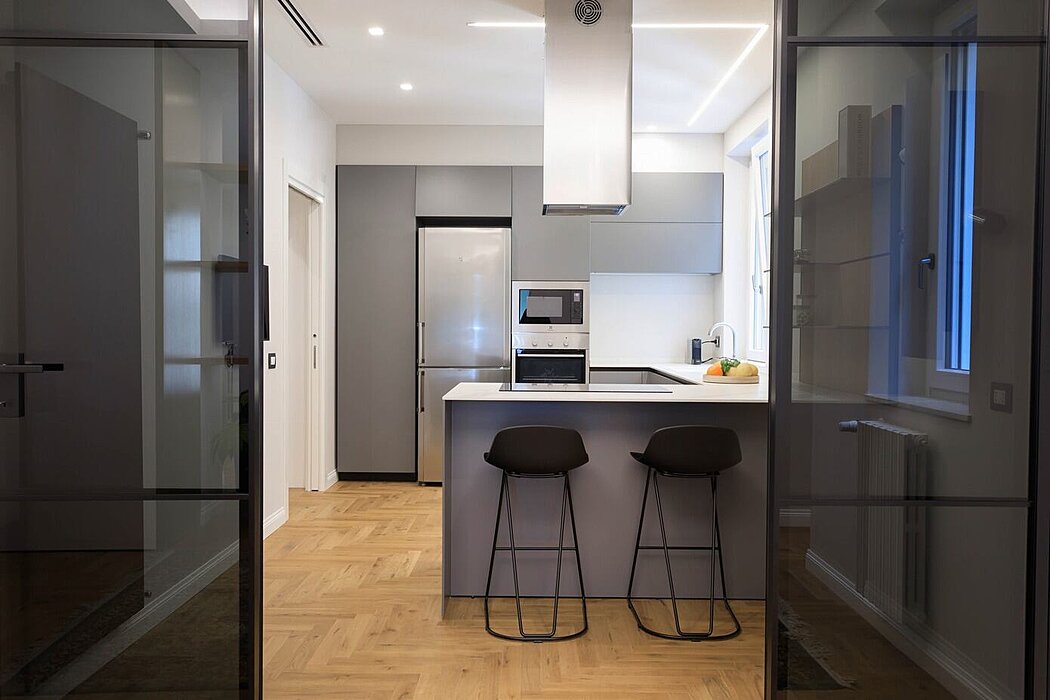 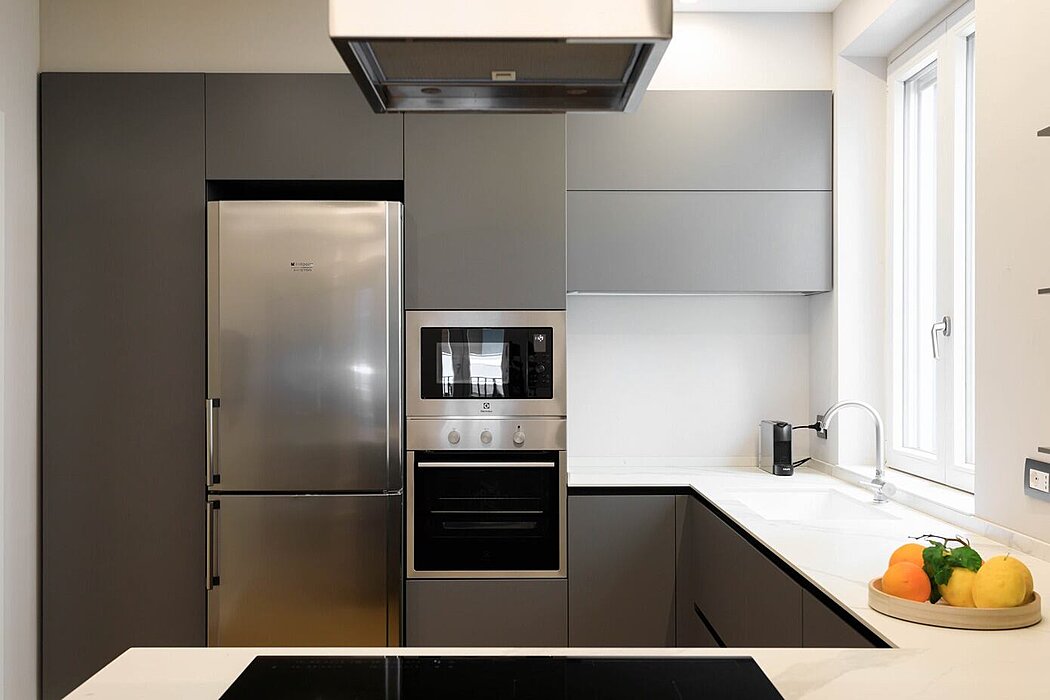 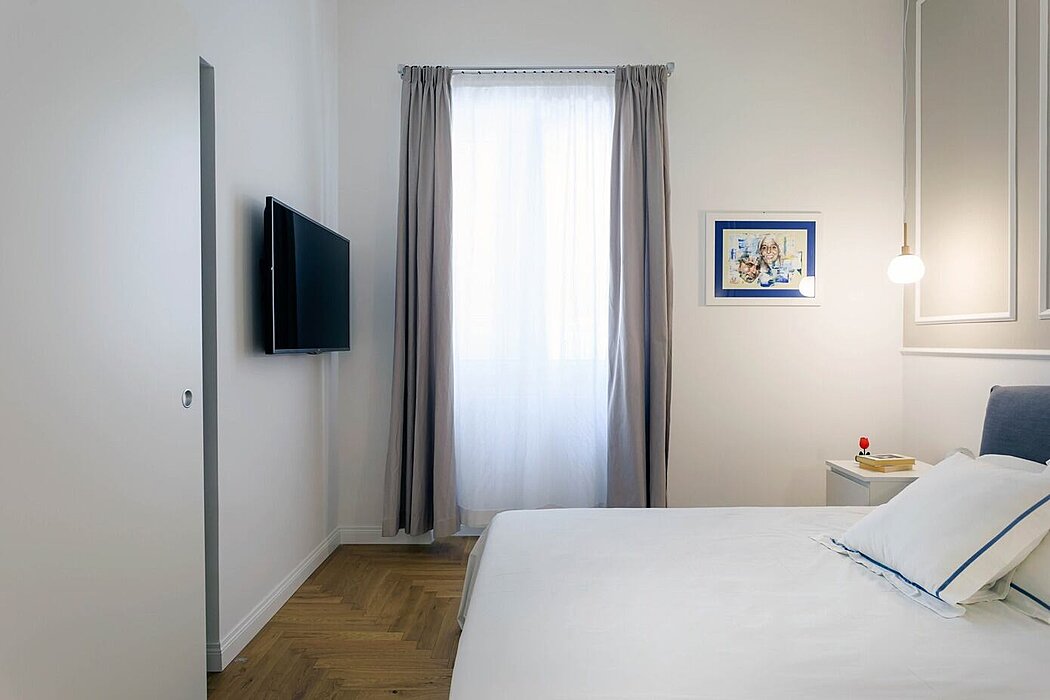 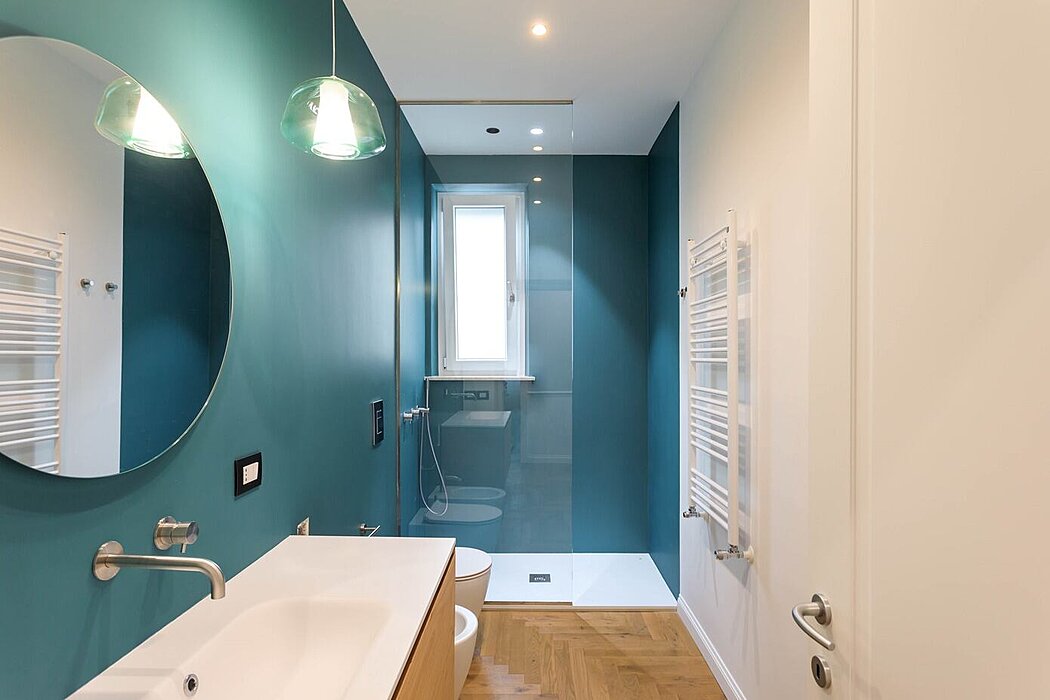 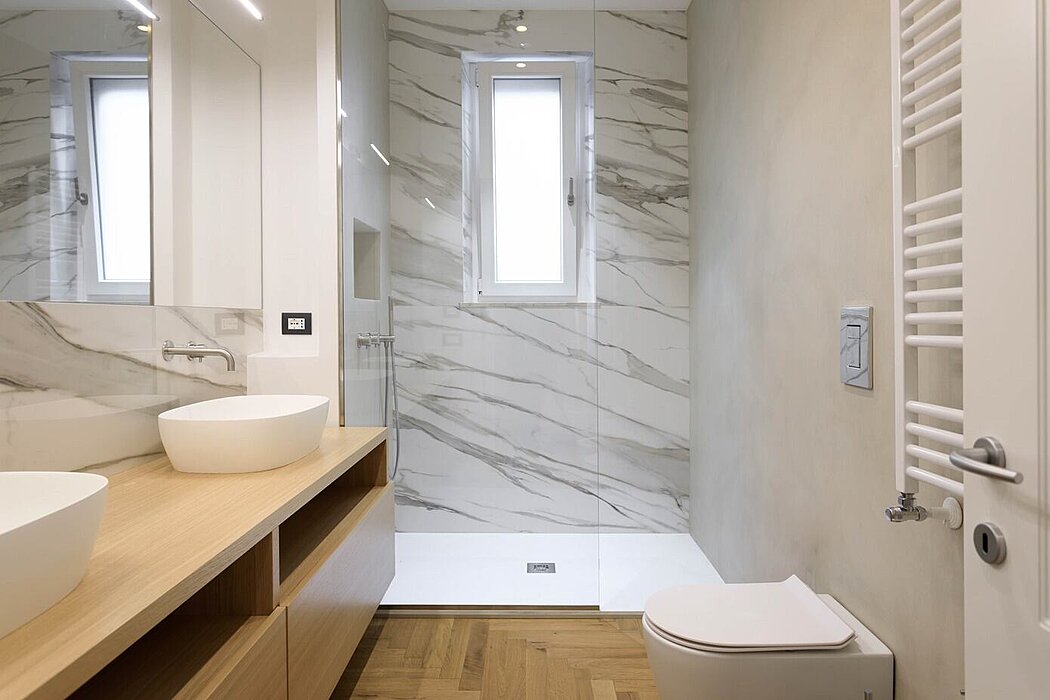 Revamping the Past: Casa AS is a Modern Take on a 1950s Apartment in Palermo

Located in an area of Palermo built around the 1950s and 1960s, the apartment was on the second floor of a that had undergone a modification and expansion of its original structure. In order to achieve a complete renovation of the apartment, the project had to take into account the mixed structure in reinforced concrete and load-bearing masonry. Through the study of the interior layout, the team managed to reconcile the limitations imposed by the load-bearing masonry with a modern vision and fruition of the interior spaces.

The clients’ main request was to have a large living area for their family to spend most of their time at home. To fulfill this wish, the living area was designed as one large space consisting of three rooms, communicating with the kitchen, which was separated by custom-made smoked glass double doors. The sail-shaped false ceiling, lit upward by LED strips and downward by recessed spotlights, contributed to a single environment feel.

Modern Lines with a Nod to the Past

The end result was an apartment characterized by simple and modern lines, with neutral tones combined with the natural essences of wood, while still integrating a planimetric conformation from the “past”. The classic arrangement of many rooms arranged in sequence along a corridor was given a new conformation by dividing the apartment into living and sleeping areas. To make the project even more special for the clients, the team designed and custom-made a fitted wall with a fireplace, hallway and entrance hall closets, a kitchen designed to make the most of every inch (2.54 cm), a master bathroom cabinet, and a study and play room for the children.