Casa Al is a beautiful traditional located in Castelmuzio, Italy, redesigned in 2019 by VPS Architetti. 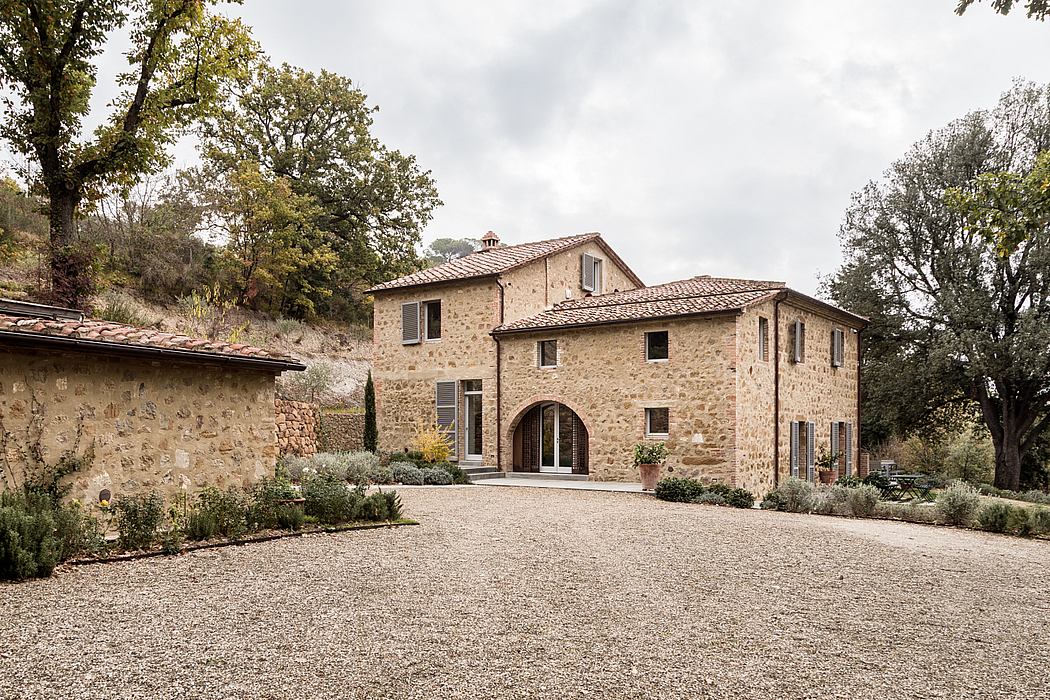 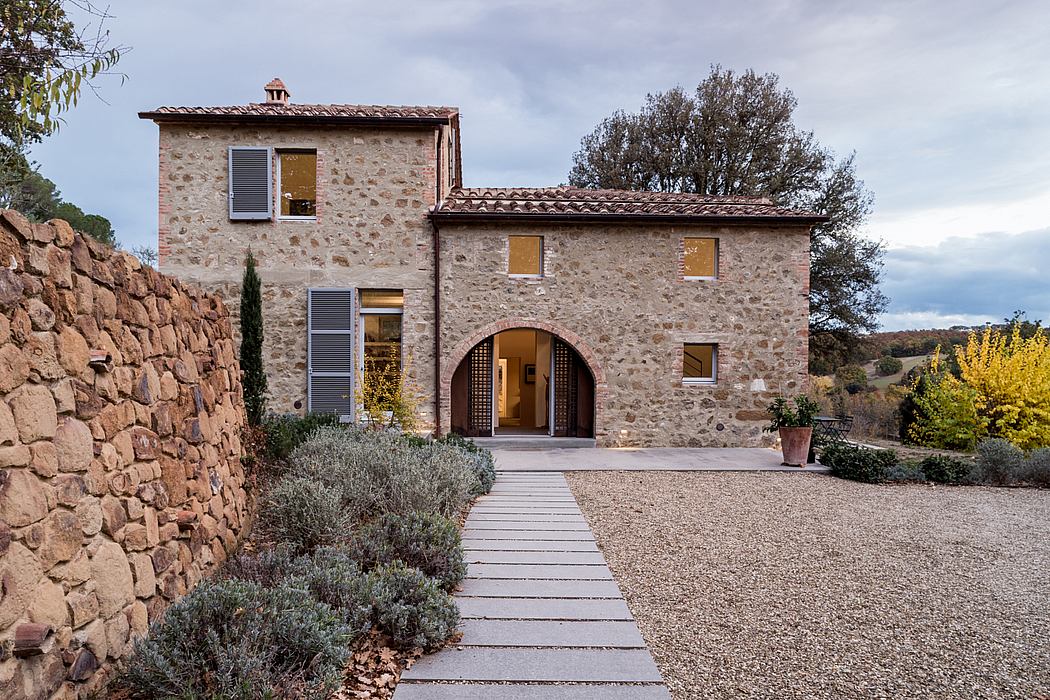 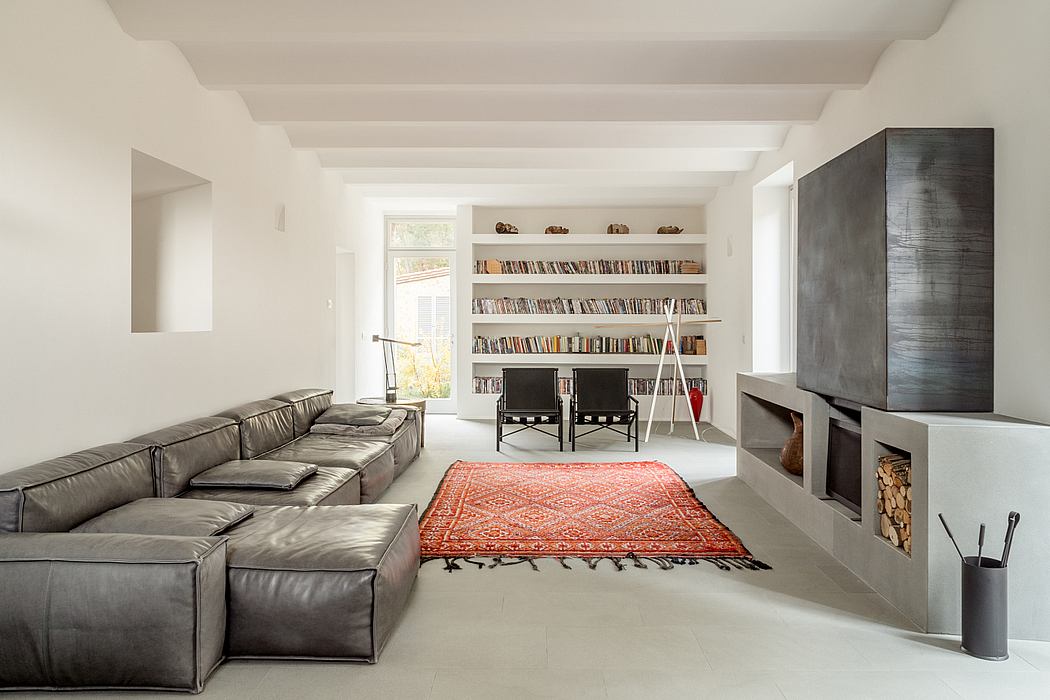 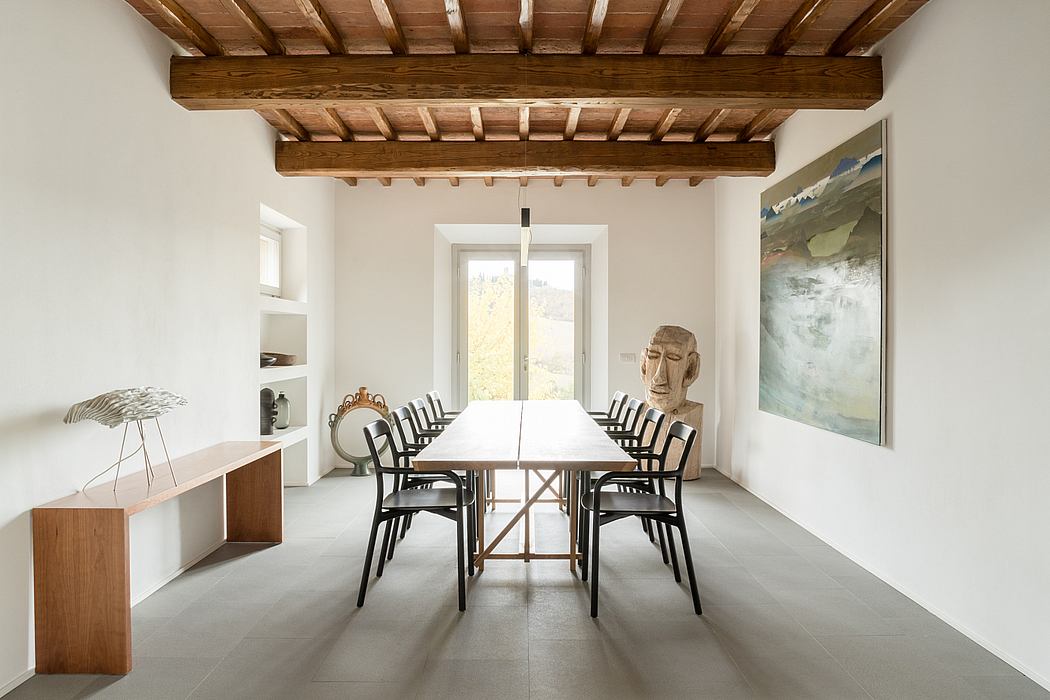 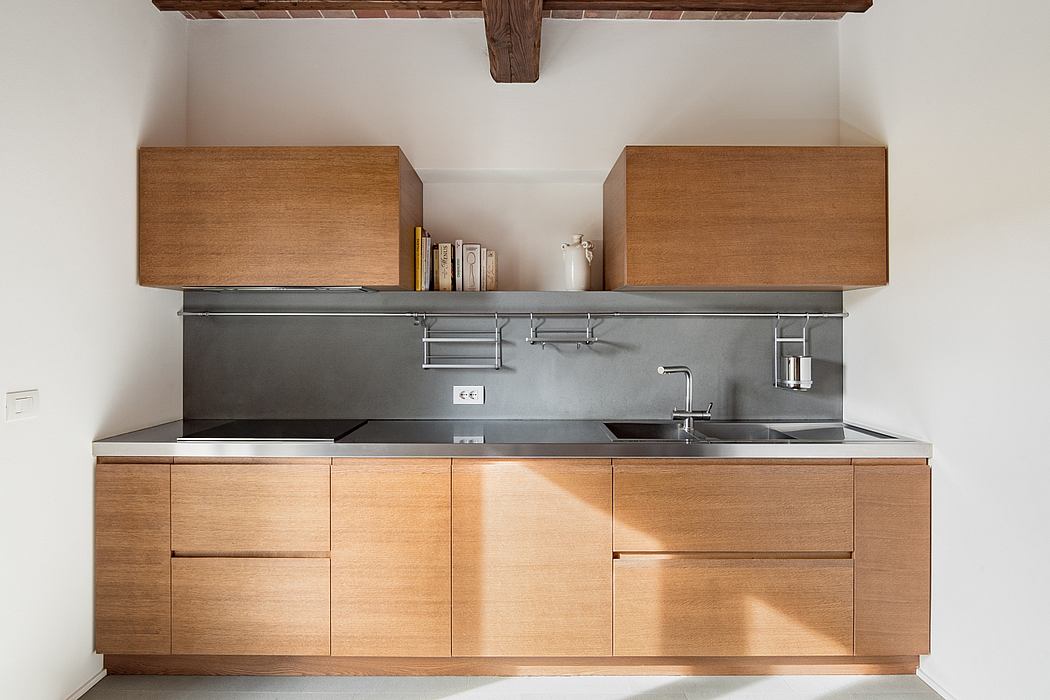 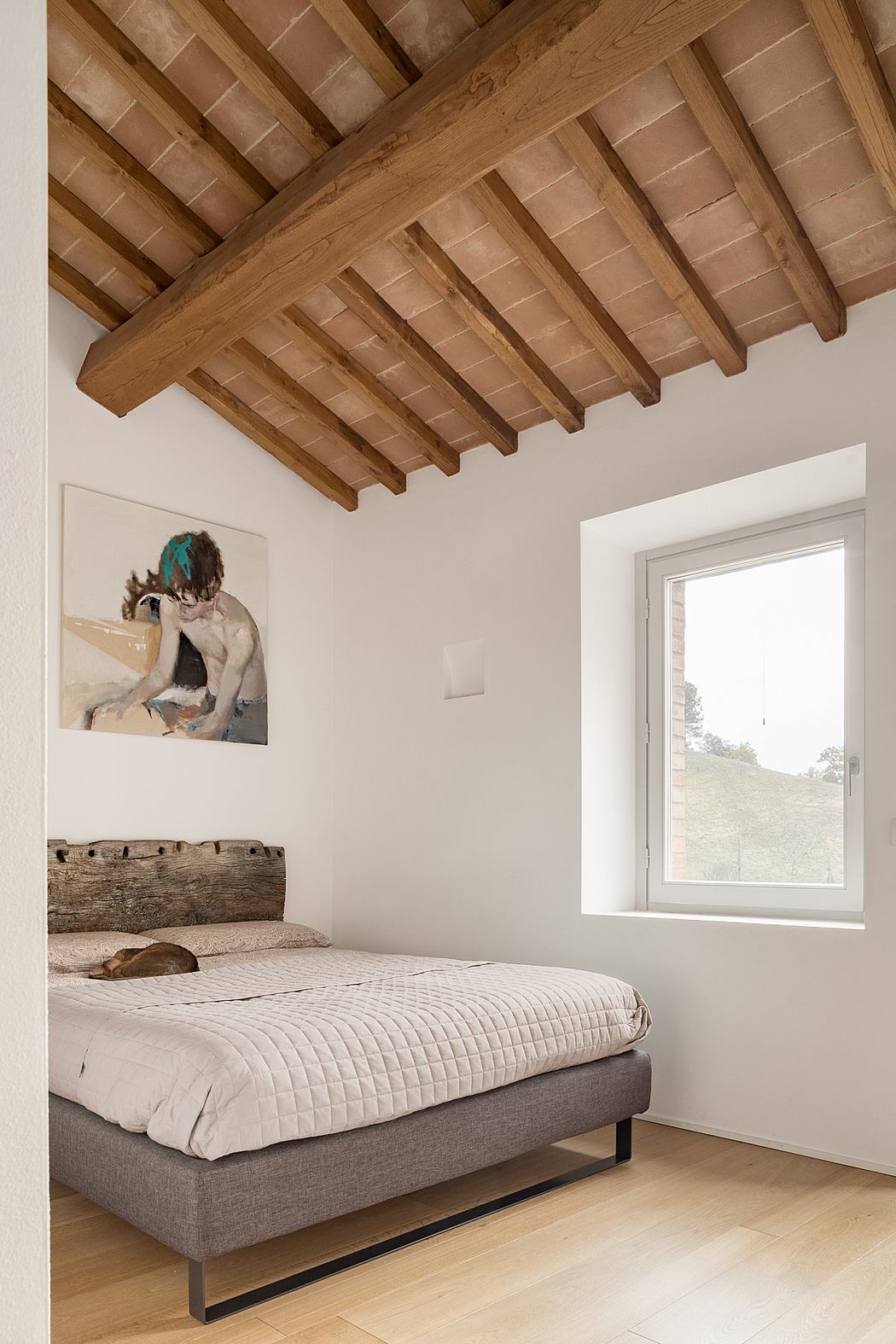 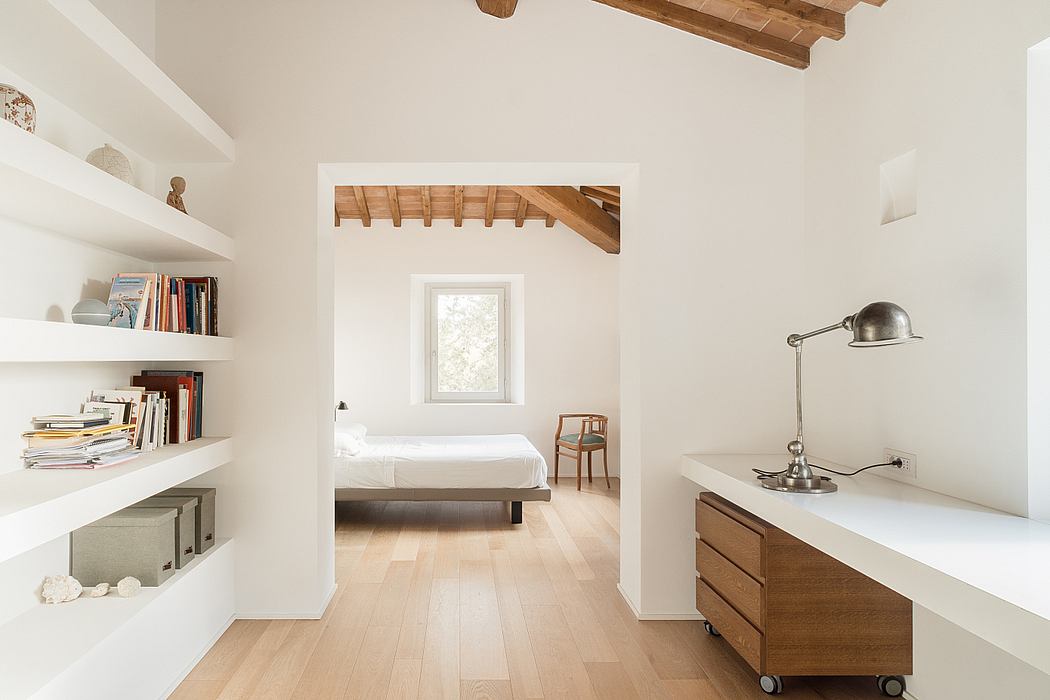 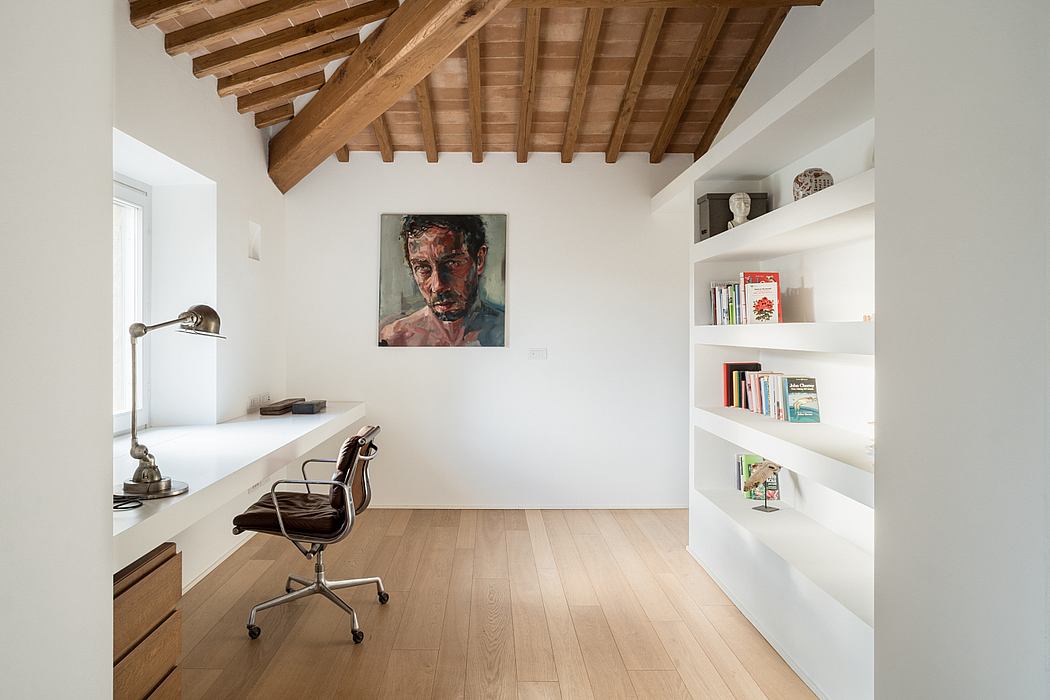 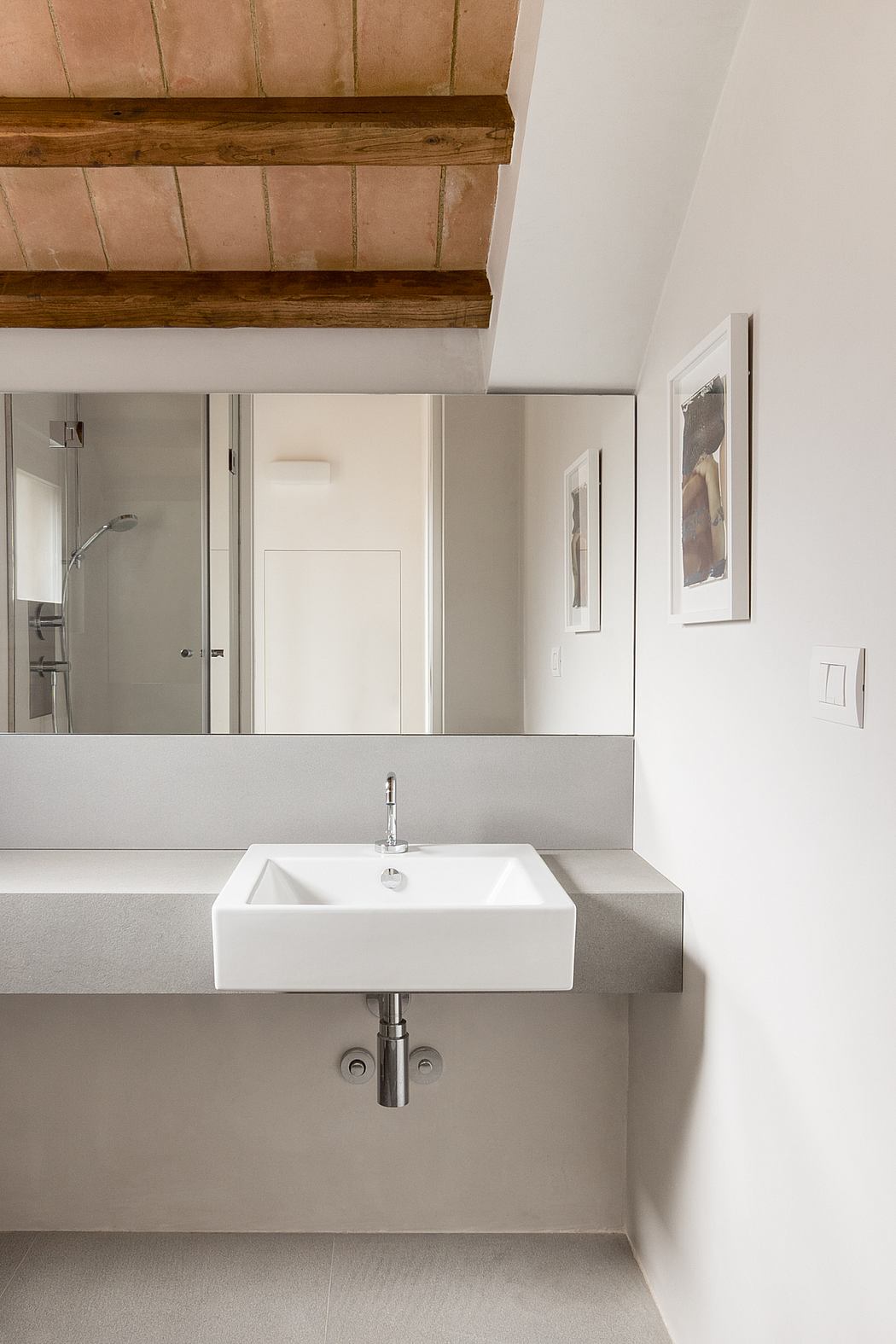 The farmhouse is located near the historic centre of Castelmuzio, a small village in Val d’Orcia along the road leading to Pienza. It is nestled halfway up a hillside and looks towards the parish church of S. Anna in Camprena, a former 15th-century Benedictine Monastery whose refectory has a splendid cycle of frescoes (1503) by Antonio Bazzi, known as Il Sodoma, and where Anthony Minghella filmed some scenes of ‘The English Patient’.

The original farm building, whose typological characteristics and construction methods seem to date to the second half of the 19th century, was subject to subsequent additions and alterations until the 1950s.

The project for the main building and separate guesthouse adapted the buildings to the client’s requirements by spatially redistributing and reinterpreting the interiors and introducing new mechanical systems without increasing or altering the existing volumes and without changing the original architectural features of the façades, regulated by landscape protection codes.

The orientation, view and relationships between the interiors and the surrounding spaces guided the main design choices.

On the ground floor, the south side was chosen as the best orientation for activities like dining and kitchen – well-lit during the winter and in direct contact, through French doors, with the open-air space in front of the dining room and kitchen. This space overlooks the valley and the Pieve, and becomes a paved terrace shaded by surrounding trees; it is used as an outdoor dining/living area. The entrance, with the staircase to the first floor, is located to the west in relation to the new access to the property; it also has a south-facing window with a view over the valley. On the north side is the large former stable space – now the living room with fireplace and two French doors opening to the outdoors and two windows to the east and west, respectively. The living room is connected by a large interior opening and some steps to the dining are so that south light can enter during the winter. The north-facing exterior space was created by containing and terracing the uphill slope. The paved courtyard is accessible through the two French doors, virtually expanding the living room outdoors in good weather. It is particularly shady, cool and pleasant during the warmest summer months. On the east, the existing exterior stair was extended with a ramp in cor-ten steel to allow direct access to one of the bedrooms located on the highest level, distinguishing it from the existing stair. On the east side of the ground floor is a small paved open-air space defined by the exterior staircase, the bread/pizza oven and the small farm outbuilding converted into a wine cellar.

On the first floor is the master ‘suite’ with a study, bedroom, bathroom and walk-in wardrobe. It faces south, overlooking the Pieve, and east, with two windows that allow the morning sun to bathe the space. The other bedrooms face east and west respectively.

The heterogeneity of all these different parts with different characteristics had to be taken into account in determining the new spatial and functional programme.

Due to the presence of a large exterior arched opening and its plan and volumetric characteristics, the west structure – a relatively narrow space in terms of area and height – was reinterpreted as a double-height entry space with a visible staircase. The new entrance leads to a sequence of openings whose axis crosses the farmhouse, connecting the various interior spaces both preceptively and functionally and to the two open spaces to the west and east. The staircase leads to a “bridge” overlooking another double-height space located almost at the building’s centre, corresponding to a “quadrant” of the hipped roof. This bridge leads to the master ‘suite’ and, with some steps, to the two bedrooms and a bathroom and, via another staircase, to a small study in the highest part of the structure with a view to the parish church.

The façades and roofs were treated conservatively using materials and techniques belonging to local tradition. The new windows, in addition to the existing ones, were partly obtained from reopening existing walled-in windows and openings, and partly from new openings, necessary for the proper use of some of the rooms, respecting traditional forms and proportions.