Bracket House is a lovely located in Leningradskaya, Russia, designed in 2022 by AB Chvoya. 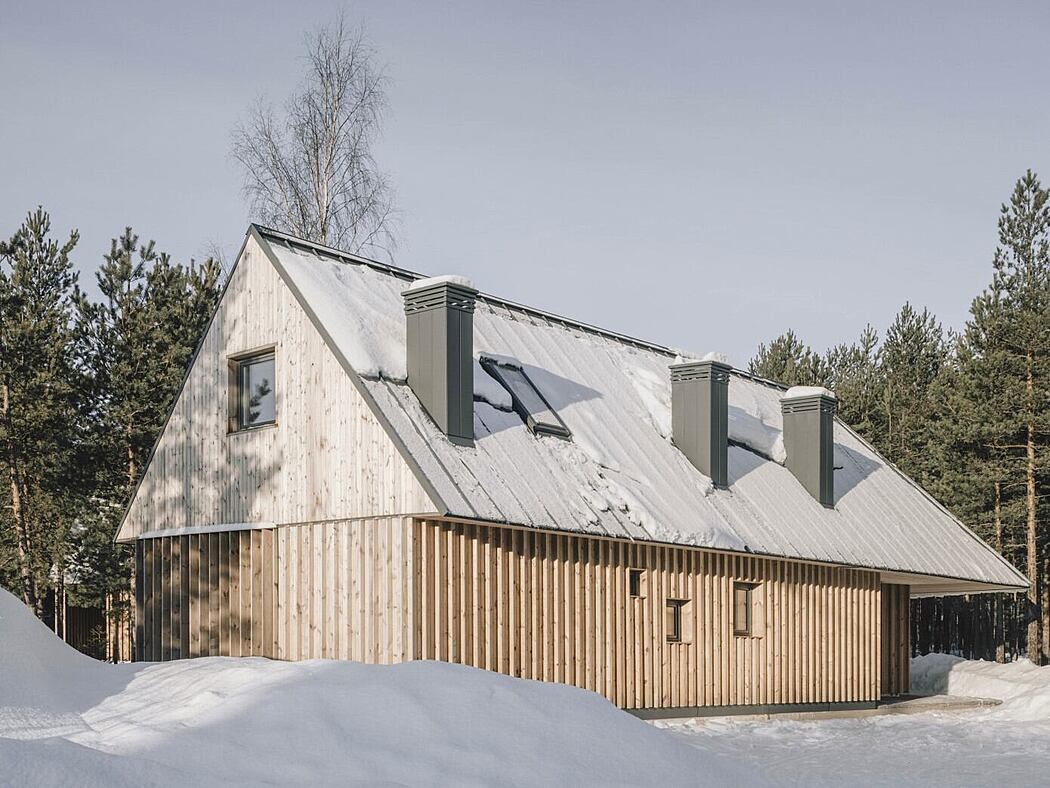 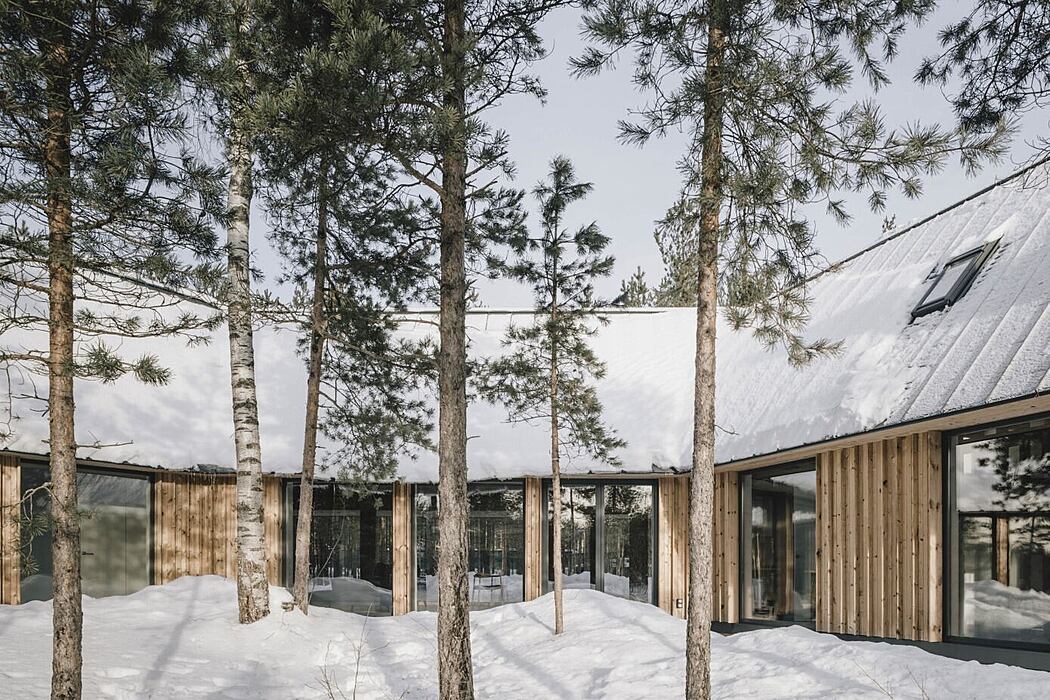 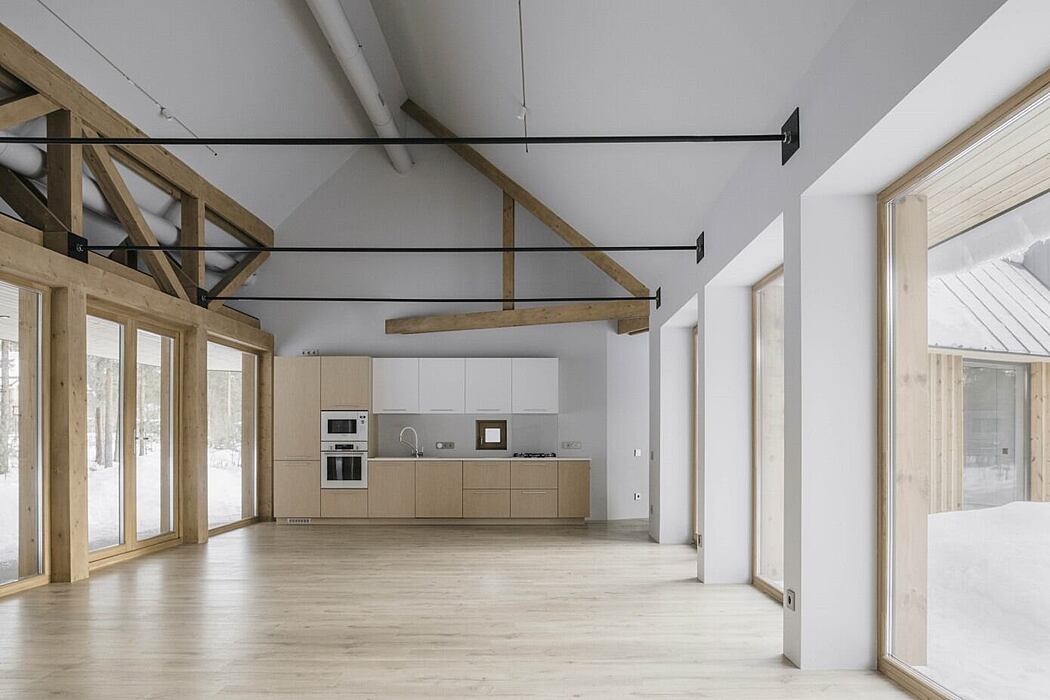 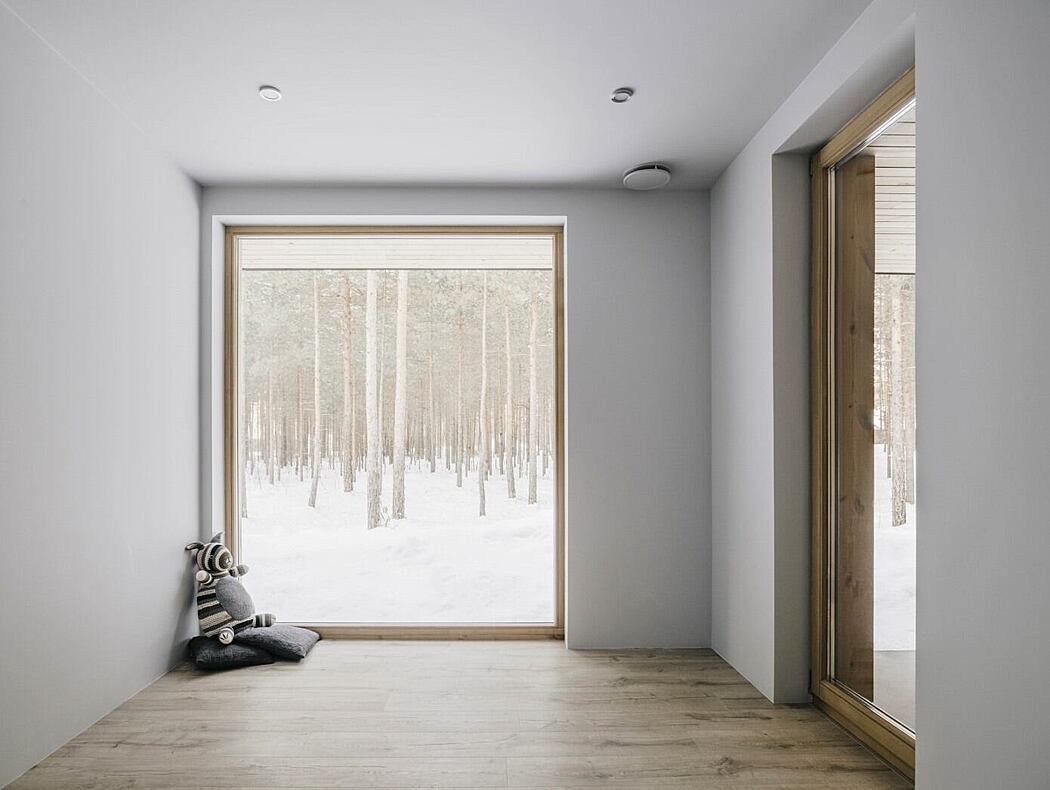 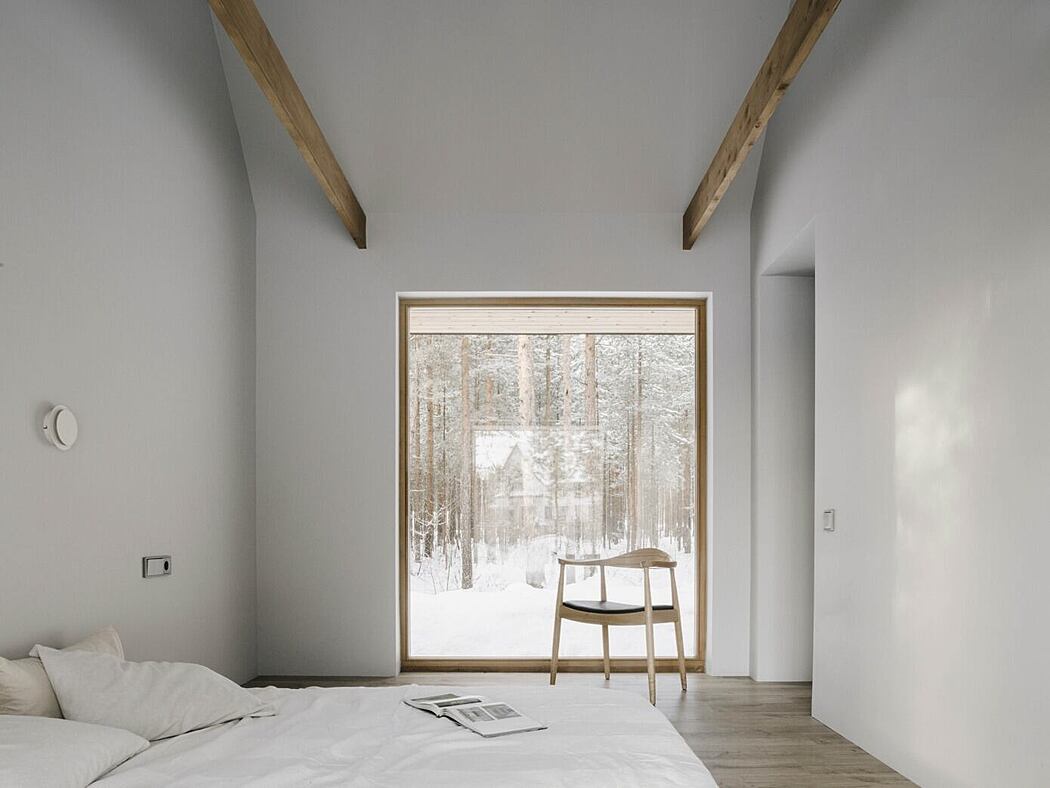 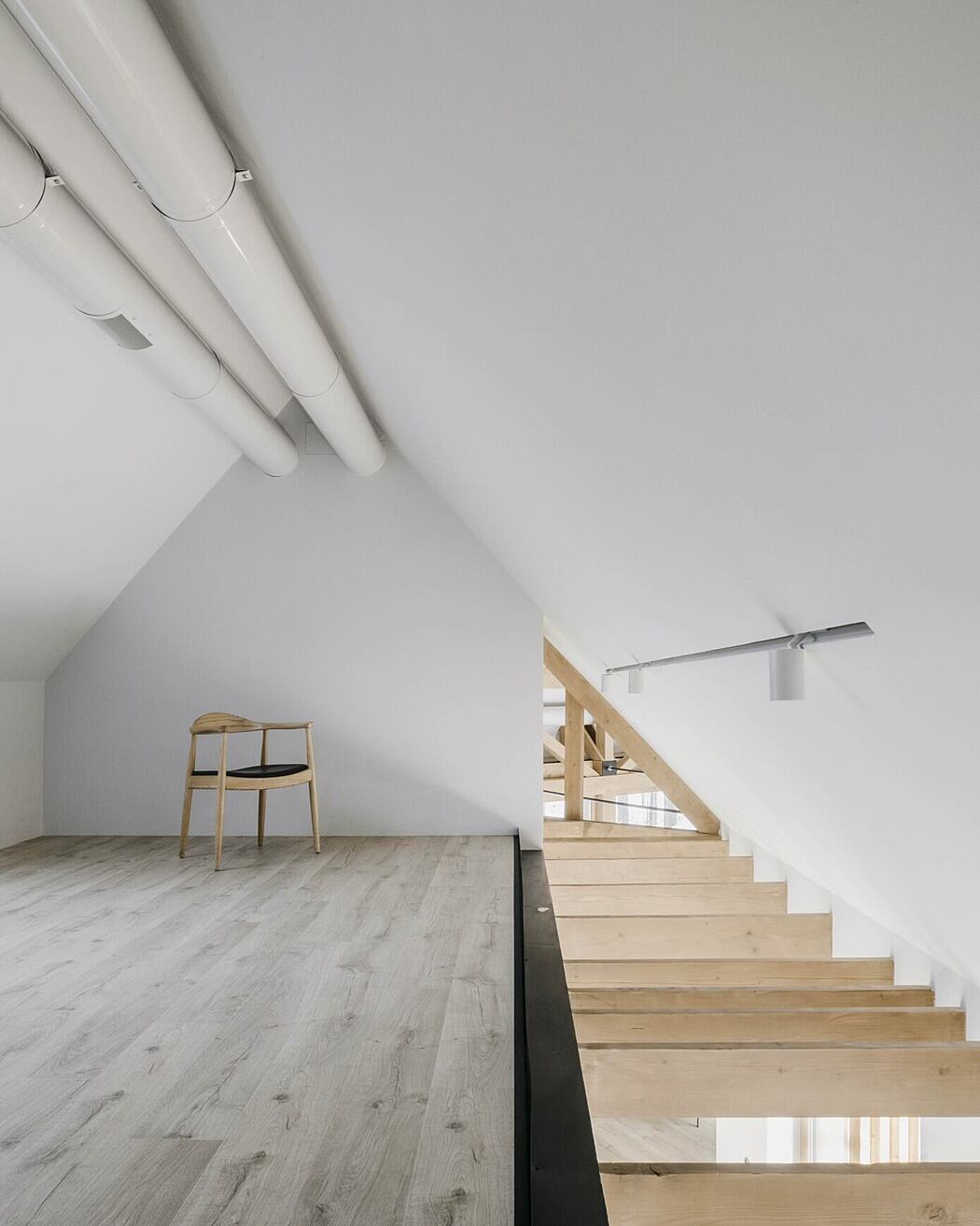 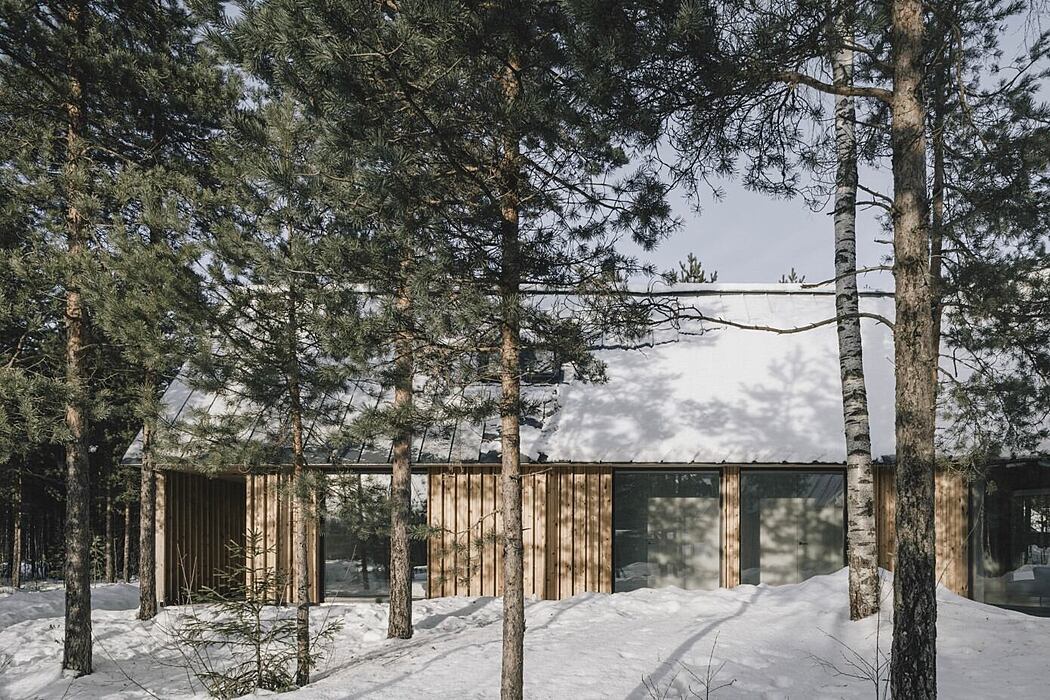 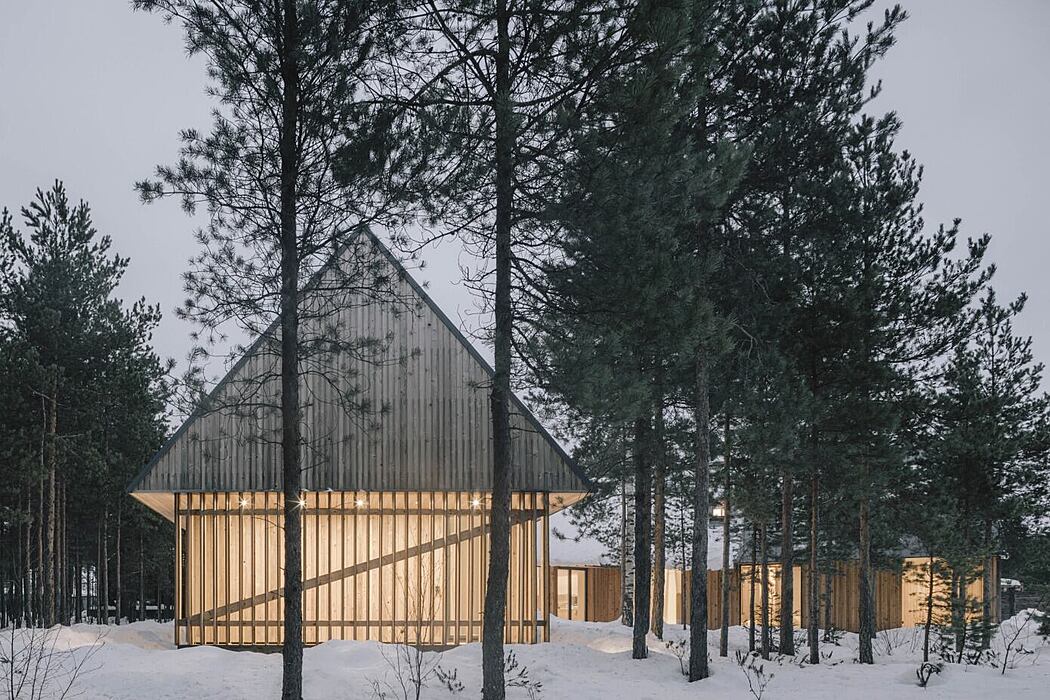 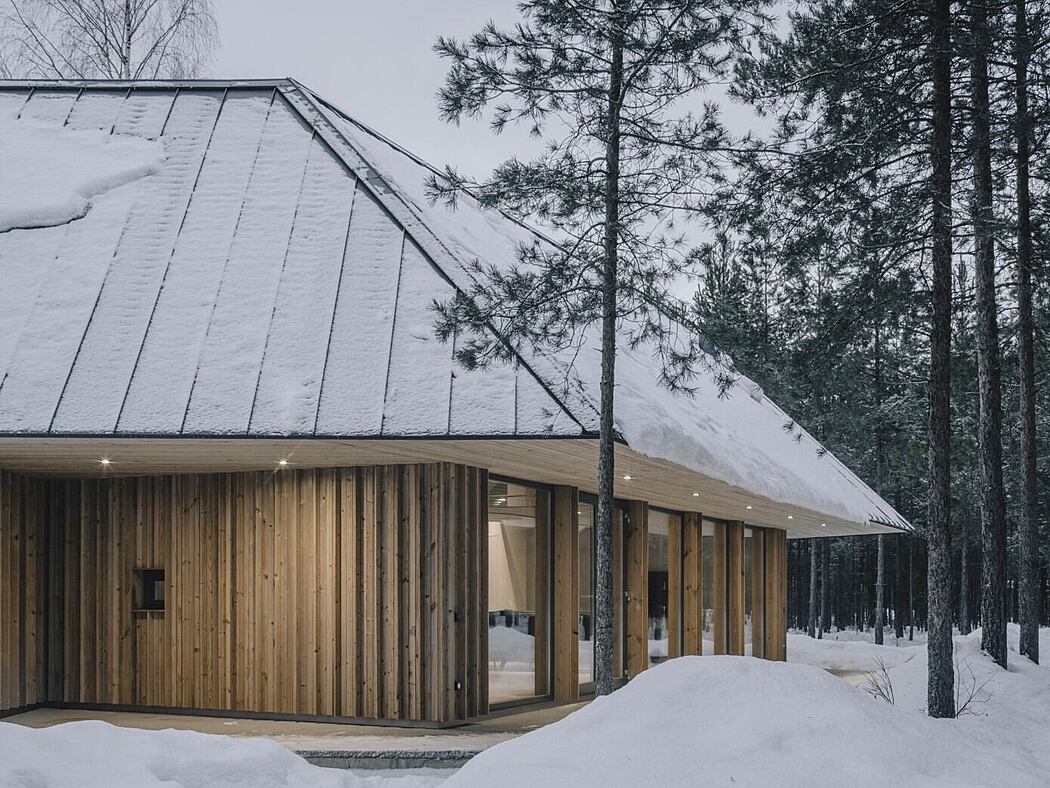 The Bracket house is a rather tricky, yet modest piece of architecture. The existing woods on the site, had a void in the middle as a result of the previous owner’s unfinished earthworks. Filling this void, the house received a trapeze-shaped plan, that meets the requirements of the program. In the central wing there is a single spaced kitchen-dining-living room, in the road-facing part of the building there is an entrance, a guestroom and the technical block, and in the distant wing, farthest from the road, there are bedrooms, kids room and a small office. The curved plan forms a semi-enclosed and a ledge of the living room, facing the forest. The outer perimeter of the roof does not match the perimeter of the outbuildings. This mismatch includes loggias of entrances and a terrace along the forest façade in the covered area. At the ends of the building there are two covered terraces – one adjoins the master bedroom, the other – the spa zone.

The house does not overwhelm a rather small plot with its scale and seems to be one-story from the outside The interior finishing is as simple as possible. All surfaces are plastered and painted light grey. Load-bearing wooden structures cut through the interior space, adding an additional layer to the interior. Large windows and a curved plan make the surrounding forest integral part of the interior.